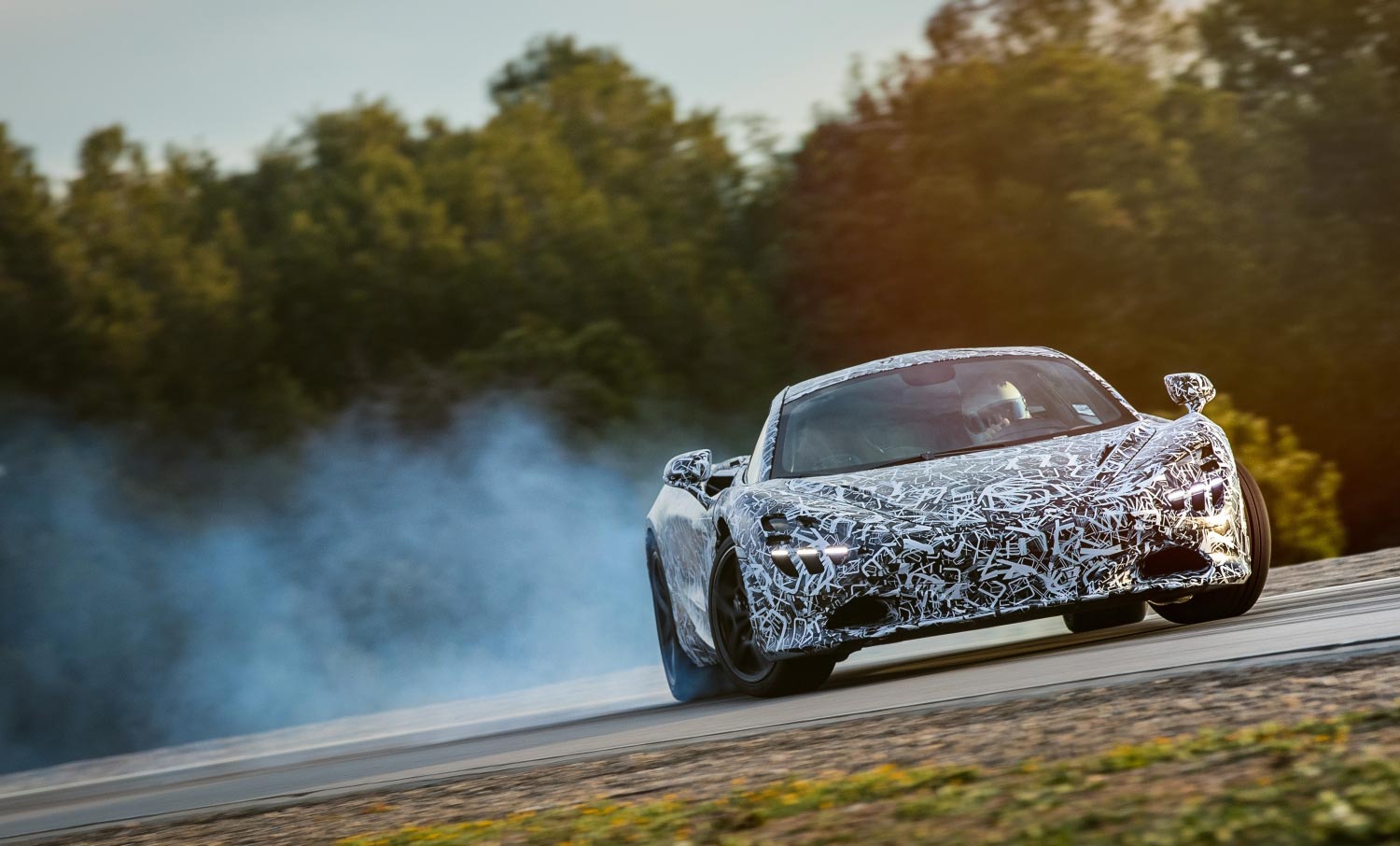 The second-generation McLaren Super Series, rumored to be named 720S, will feature an active chassis control technology called Proactive Chassis Control II. The technology uses multiple sensors – 12 more than on previous Super Series models, including an accelerometer on each wheel hub to read inputs from the road and measure tyre contact patch. The information is analyzed in milliseconds by the ‘Optimal Controller’ algorithm at the core of the system, which helps optimize suspension damping immediately. Overall, the new car promises an outstanding cornering performance, driver enjoyment and ride comfort. The only image available, which appears to have been taken during a VIP preview happened in LA and NY.

The new model will make its debut at the 87th Geneva International Motor Show on March 7. McLaren says, in the new car, drivers can select Comfort, Sport, or Track mode according to personal preference and the Proactive Chassis Control II will deliver the optimal balance of cornering grip, dynamic response, and comfort to best suit the individual mode and the driving conditions.

Proactive Chassis Control II generates a significant amount of additional grip, but not at the expense of the balance and feel of the car. The depth and breadth of handling precision and ride comfort in combination with the peerless level of driver involvement in the second-generation McLaren Super Series is simply extraordinary. – Mark Vinnels, Executive Director, Product Development, McLaren Automotive

An additional new feature, Variable Drift Control, will provide even greater involvement for a driver who wants to fully explore the dynamic ability of the second-generation Super Series, allowing the level of Electronic Stability Control intensity to be varied with the swipe of a finger across a control displayed on the central infotainment screen, said the official release.

Few reports (or rumors) claim that the new 720S or whatever it is going to be called, will pack a 4.0-litre engine producing the obvious 720 PS of output. More (official) details will be available only in March.