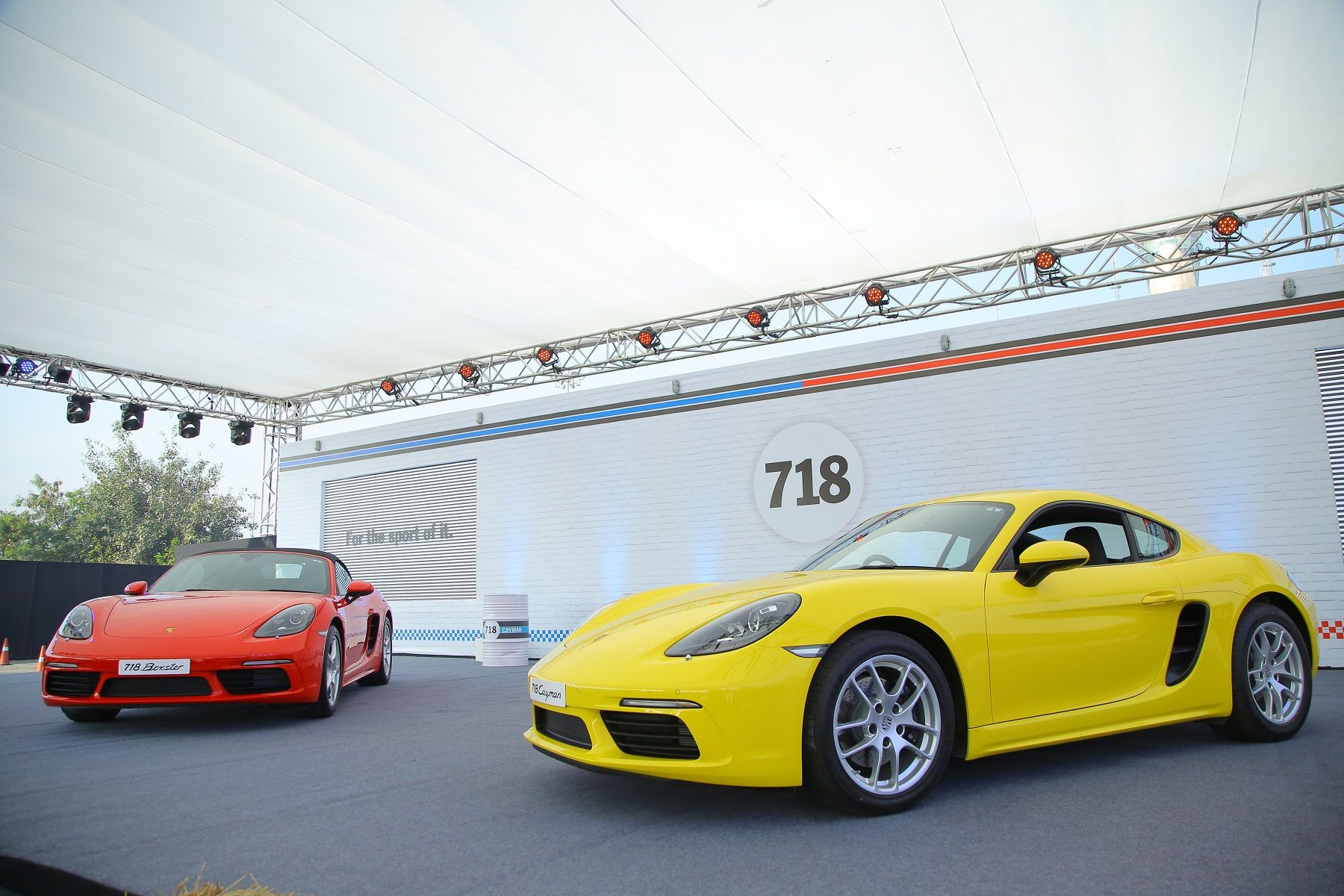 Porsche has launched the 718 Cayman and 718 Boxster in India, priced at Rs 81.63 lakh and Rs 85.53 lakh ex-showroom, Delhi, respectively. While the Cayman and Boxster were there since the 2000s, the 2017 model gets a 718 prefix, which finds its origins in a 1957 Porsche race car. Another big change is, switching engines from naturally-aspirated flat-six to a smaller flat-four turbocharged units. Pavan Shetty, Director, Porsche India said, “The re-launched Cayman and Boxster are the sportiest of all time. It is remarkable how Porsche engineers have evolved the 718 concept to produce such outstanding increases in power and torque from the newly designed four-cylinder engine whilst managing substantial improvements in efficiency. We anticipate that the introduction of both models will be well received by our customers and enthusiasts in India, especially with the Cayman now representing the entry model into Porsche.”