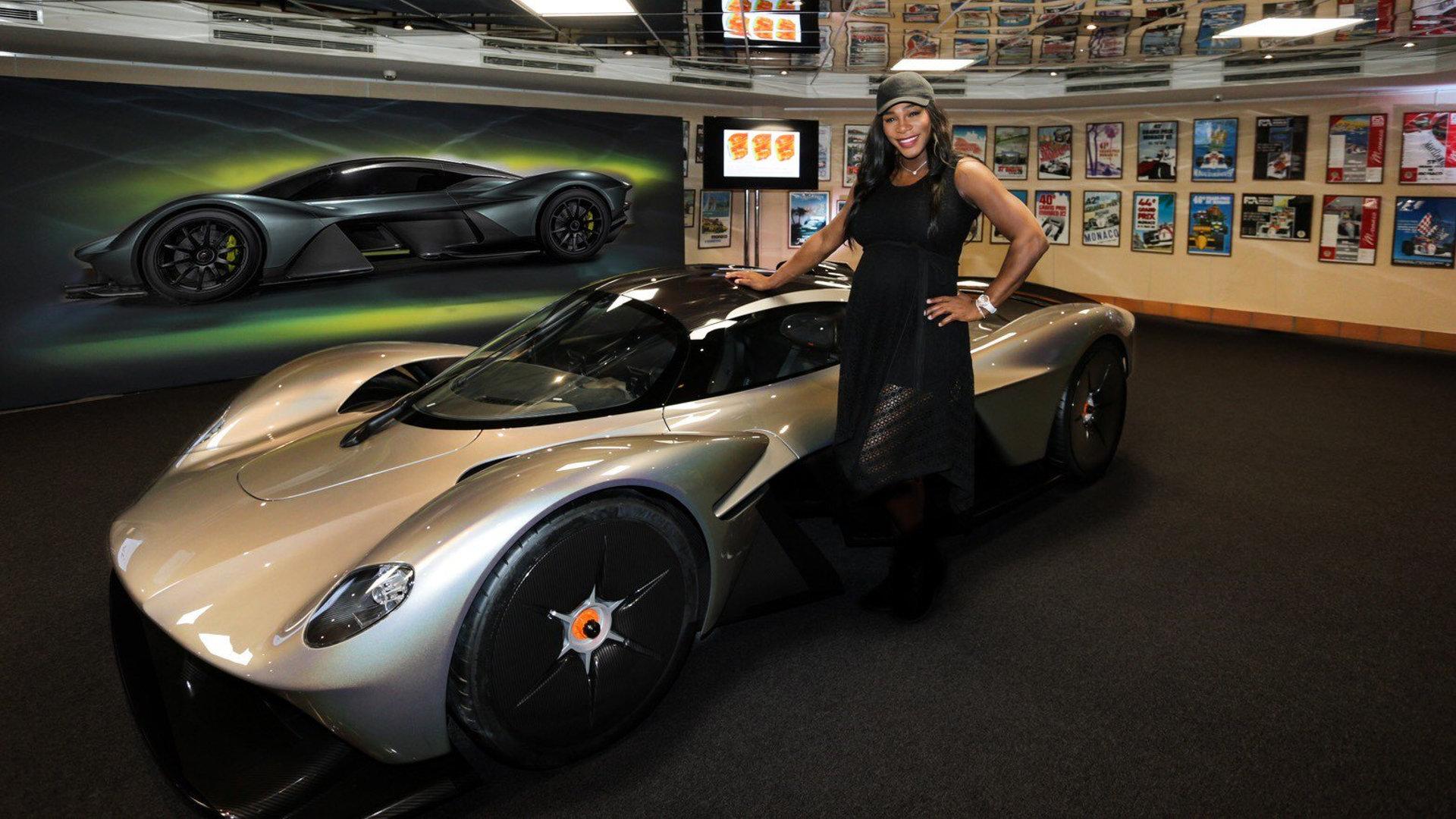 For those who were wondering about the extreme design of the Aston Martin Valkyrie, previously known as AM-RB 001, recent photos on the social media gives an idea of the production look.

These photos were taken at the Aston Martin Art of Living event in Monaco, attended by celebs, customers and prospects. In the picture with Serena Williams, we can see that the car has production headlamps, which appear to be LEDs. We can also have a glimpse of the interiors, where we can see the bucket seats.

World premiere pic of the biggest diffuser on planet earth 🌏😍 You can literally fit a grown up man in each side of the diffuser, tried it myself 😂 #AstonMartinValkyrie

Here in this picture, we can see the Valkyrie’s massive diffuser. Also, notice the LED tail lamps, wing and the exhaust.

The beautiful face of the #AstonMartinValkyrie production version 😍❤️ As you can notice the front wheel fenders are different from the concept car and for those worried about the front wing, the car is in its track position here, on the road it will sit higher as it has adaptive suspension 👍🏻 #AstonMartin #UltimateRocket

A better front picture of the production version. It is still hard to believe its a road-legal car.

Fastest car ever built and one very emotional owner 🤡 Standing next to the production version of the Aston Martin Valkyrie, sitting in it, admiring the ridiculous details, realizing the monumental effort that goes into this project…. makes me the happiest guy in the universe to have got one 🙌🏻 #AstonMartinValkyrie P.S. These are the optional fully covered wheels, I’m not going to choose them 🙊

And that’s how the door opens, you’ll have to haul yourself into that carbon fibre tub.

WORLD PREMIERE PIC of the #AstonMartinValkyrie cockpit 🌏🙌🏻😍❤️ The screen on the right is for the rear view camera system that replaces the conventional outside mirrors ( for legal reasons you still have to look where the mirrors were supposed to be!!! ), there’s one on the left also, didn’t fit the pic 🙊. What do you think about the steering wheel ? It comes off very easy just like in an F1 car for easier access in the cabin 😍

Steering with an integrated display, and two more displays, the right one for the rear view camera. Not sure if this is the final production look. Notice how closely the passenger sits.

Not too long ago, Aston Martin announced the details of the hypercar, which is being developed in association with the Red Bull. The Valkyrie will feature a 6.5-litre naturally aspirated V12 by Cosworth, paired to a 7-speed paddle-shift by Ricardo. Power output is expected to be over 1000 hp. More details are available in the link above.

A maximum of 150 road going versions will be built, including all prototypes, with 25 additional track-only versions. Deliveries next year.