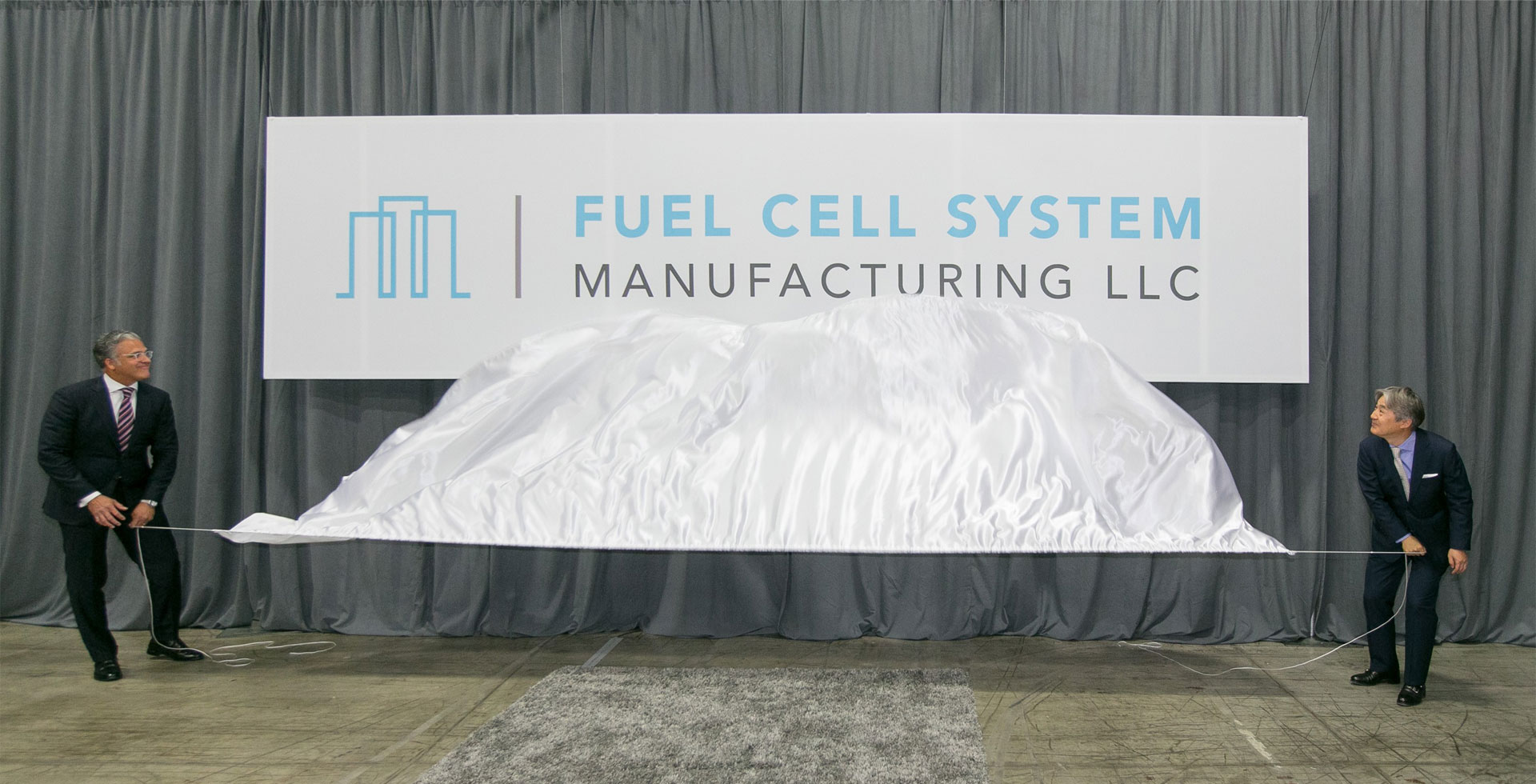 If you remember, Honda and General Motors had announced a joint venture earlier this year, to mass produce the advanced hydrogen fuel cell systems at an equal investment totaling $85 million. Fuel Cell System Manufacturing LLC (FCSM) has revealed the logo, as a mark of a new beginning.

The plant is located in the same facility as GM’s battery pack manufacturing facility in Detroit, and is expected to create about 100 new jobs by the time it is in full operation. Production is expected to begin around 2020, after which the Honda and GM will use the systems separately in their respective products. FCSM is claimed to be the auto industry’s first joint venture formed to mass-produce hydrogen fuel cell systems.

FCSM President Suheb Haq also announced that Environmental Leader, a leading daily publication which covers energy, environmental and sustainability news, chose FCSM as a winner of its Project of the Year award competition.

Suheb Haq said, “This is a nice early recognition of the very clean, advanced propulsion systems we will build in Brownstown. As the partnership between GM and Honda continues to grow, and we continue to make positive progress on our preparations for mass production, it is nice to know that our efforts are seen by others as being good for the environment.”