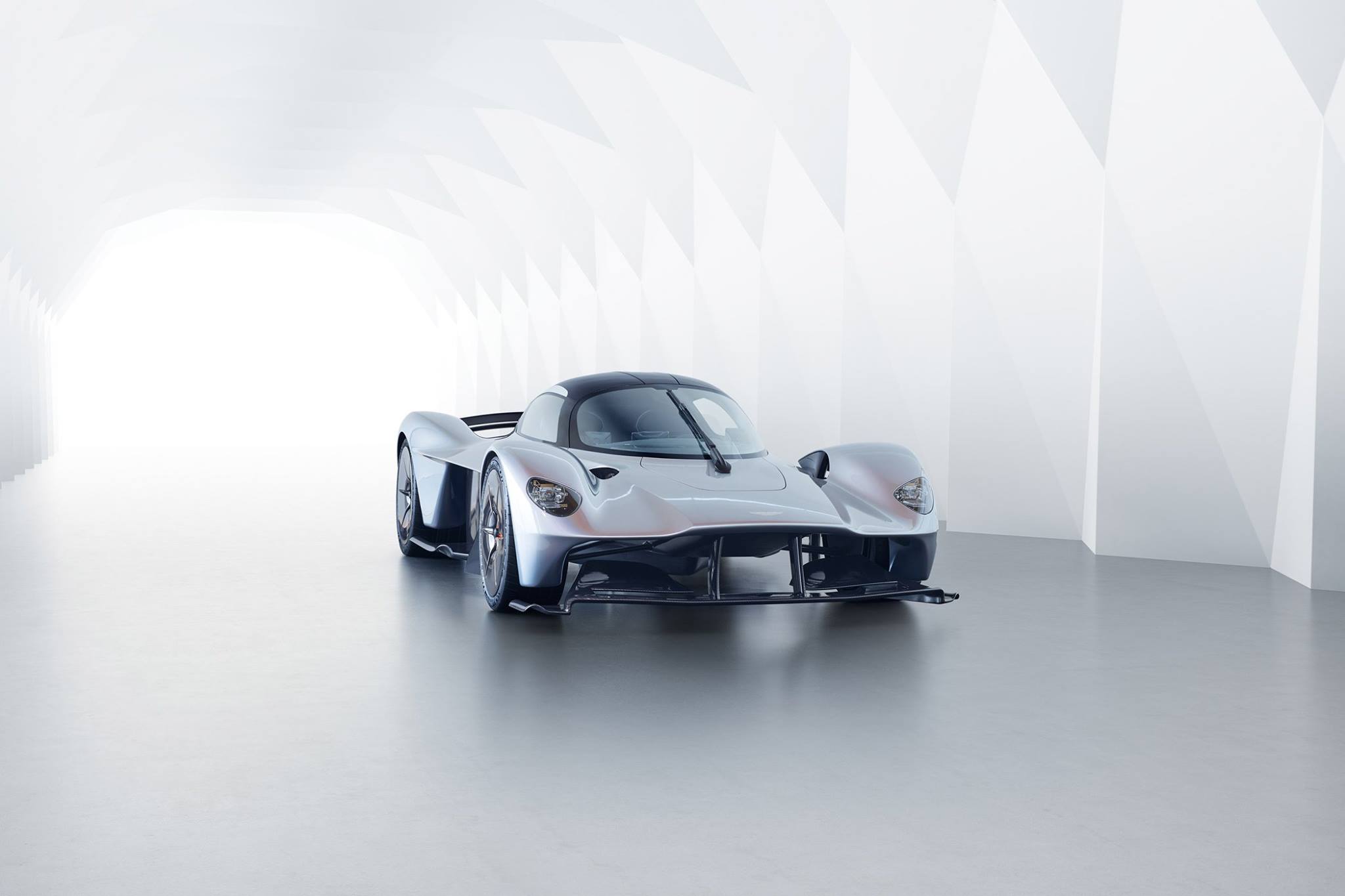 Almost a month ago, Aston Martin posted a single photo of the near-production version of Valkyrie on Twitter, which gave us an idea of how the hypercar could look like on roads. One of the owners posted few more images including the interiors too, which was later taken down.

Anyways, here are some official images (probably renderings), and no matter from which angle you look at it, the car seems to have barely any weight. The carbon tub interior has 4 digital displays, with one of them being integrated into the steering wheel. Also integrated into the steering wheel are start/stop button, turn signal buttons, wiper control, mode control, and lift system. The left and right displays are for the rear view, replacing the traditional wing mirrors to avoid any unwanted aerodynamic disturbance, says the company. The hazard and electronic parking brake button are mounted on the driver-passenger divider.

Everywhere you look inside the ‘teardrop-shaped’ cockpit, all you see is carbon and some Alcantara bits. It appears that the chassis itself has been used for the air vents.

One interesting fact Aston revealed is about the ‘wings’ badge that adorns the nose. With the regular badge considered too heavy, and a simple sticker not befitting for a car of the Aston Martin Valkyrie’s quality and cutting-edge nature, the Aston Martin Design Team came up with a chemical etched aluminium badge just 70 microns thick. That’s 30 per cent thinner than a human hair, and a remarkable 99.4 per cent lighter than the regular enamel wings badge. The badge (nicknamed the ‘lacewing’) is then attached to the painted body and covered with a perfectly smooth coat of lacquer.

The headlamps, according to Aston Martin, takes inspiration from the pure functionality of a Formula One car’s components. Aston Martin’s designers stripped things back to the bare essentials, celebrating the engineering rather than concealing it behind cladding. The low and high beam elements are attached to an exposed anodized aluminium frame. Apparently, the headlamps are 30-40 per cent lighter than the lightest series production headlamps available to Aston Martin.

In case you missed it, here are the tech specs of the Valkyrie. 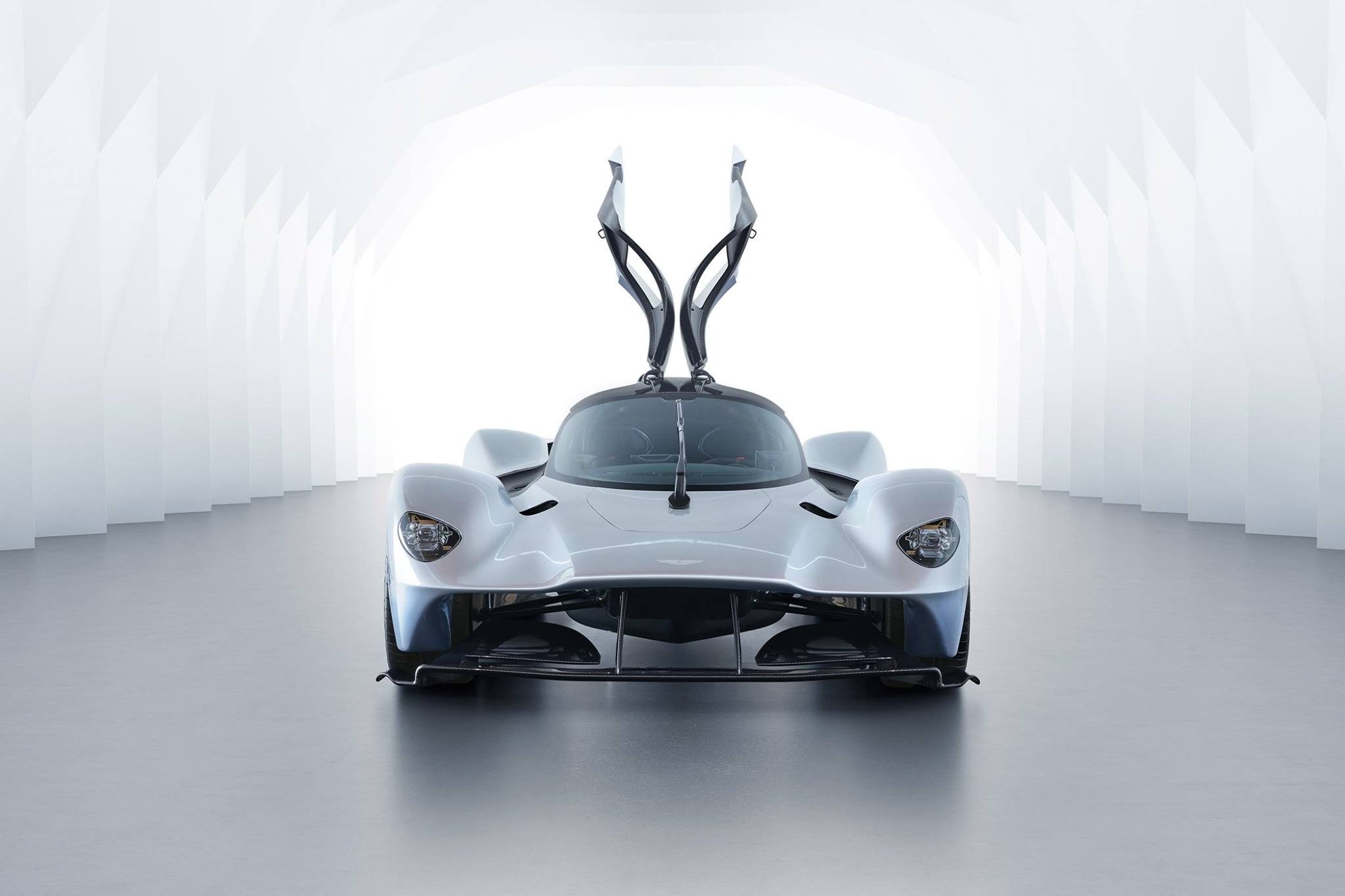 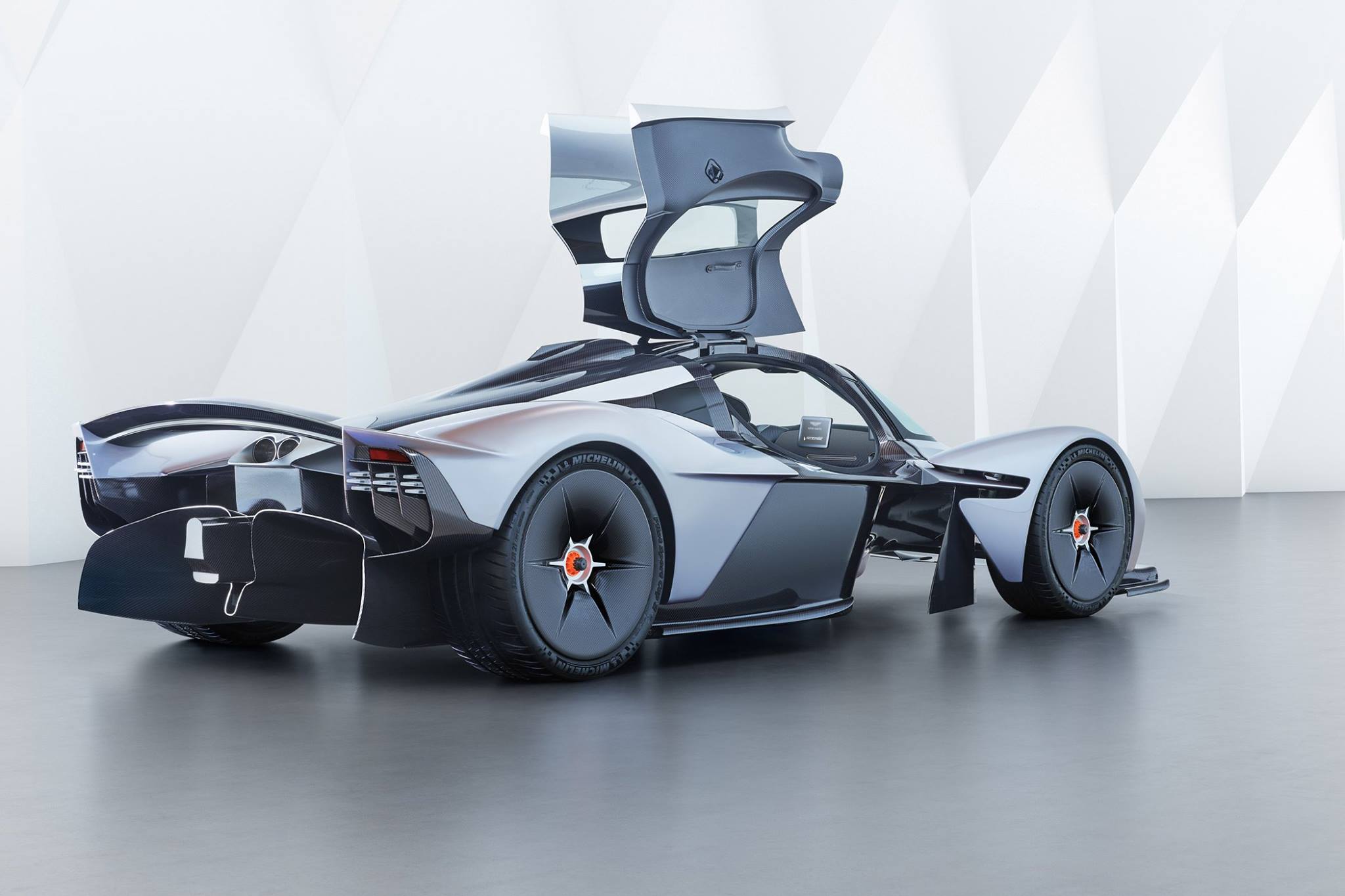 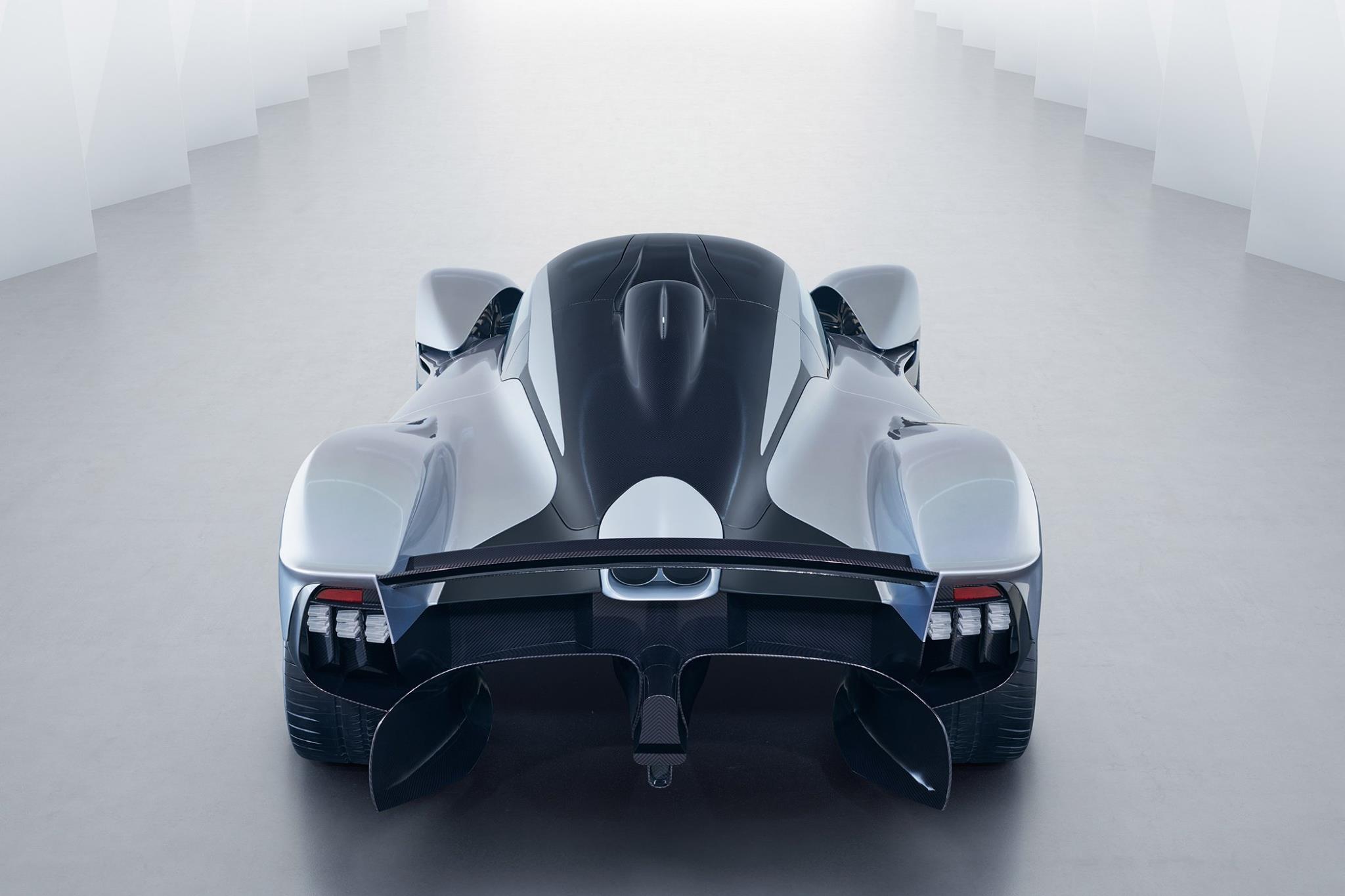 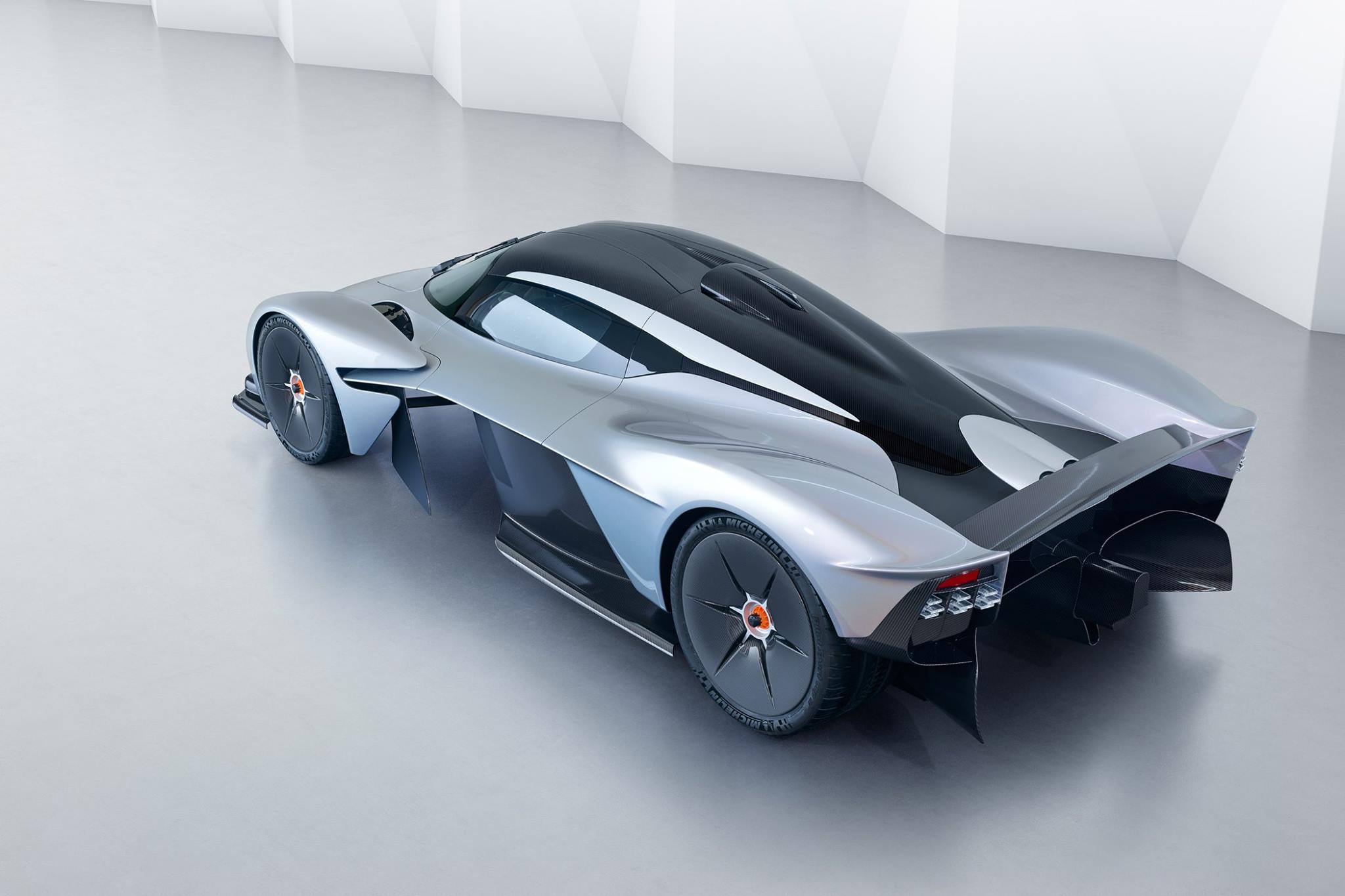 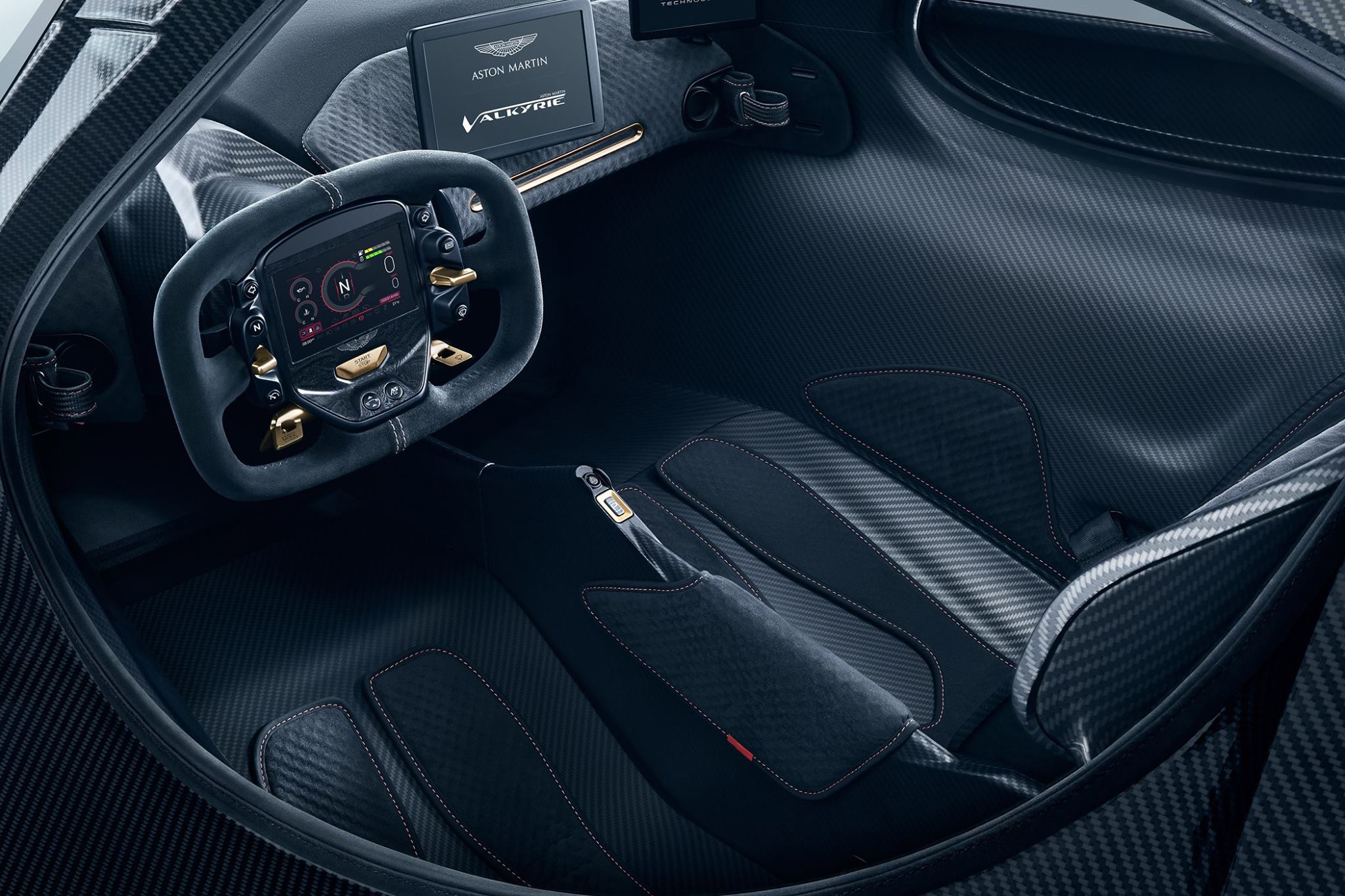 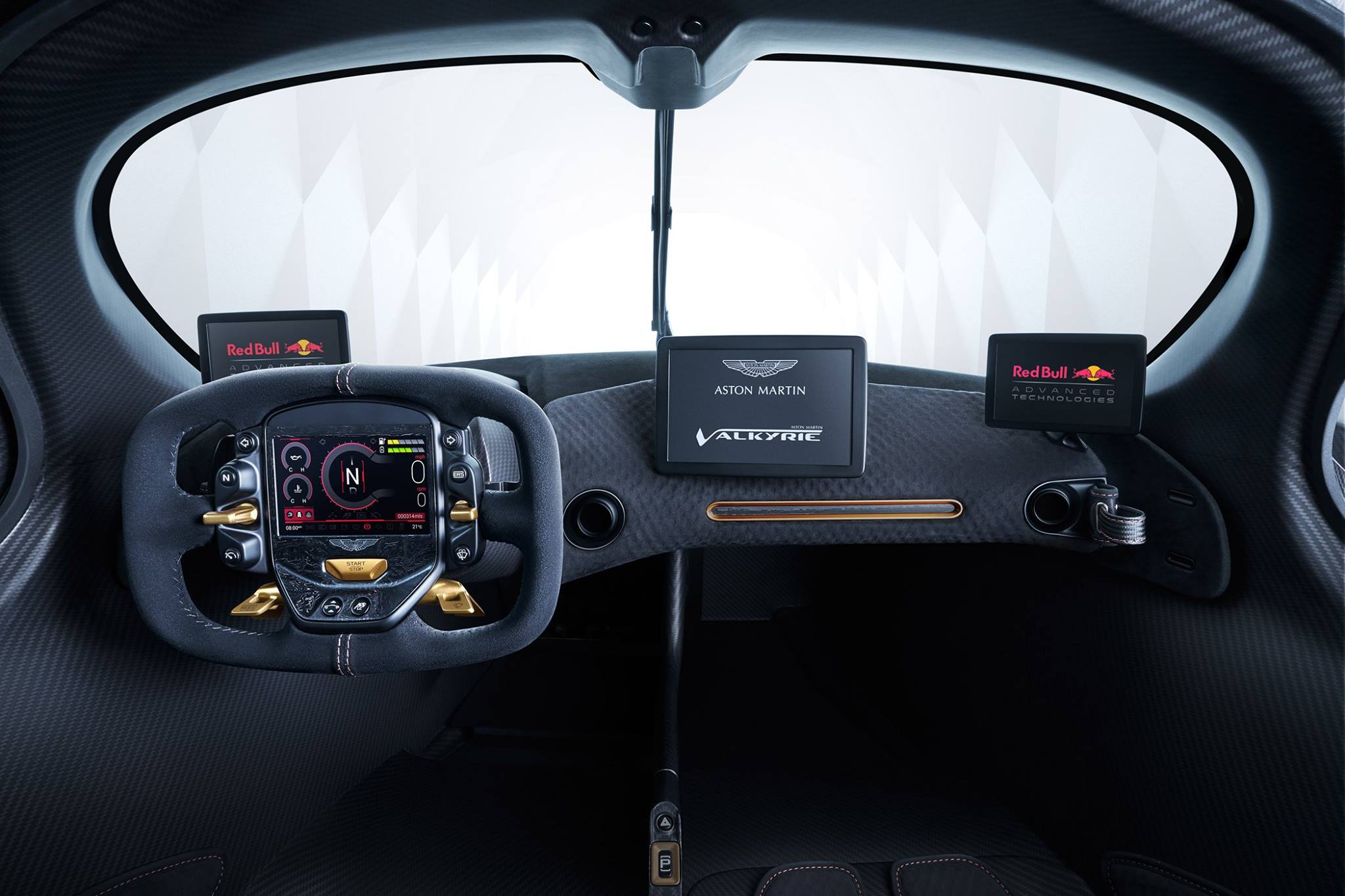