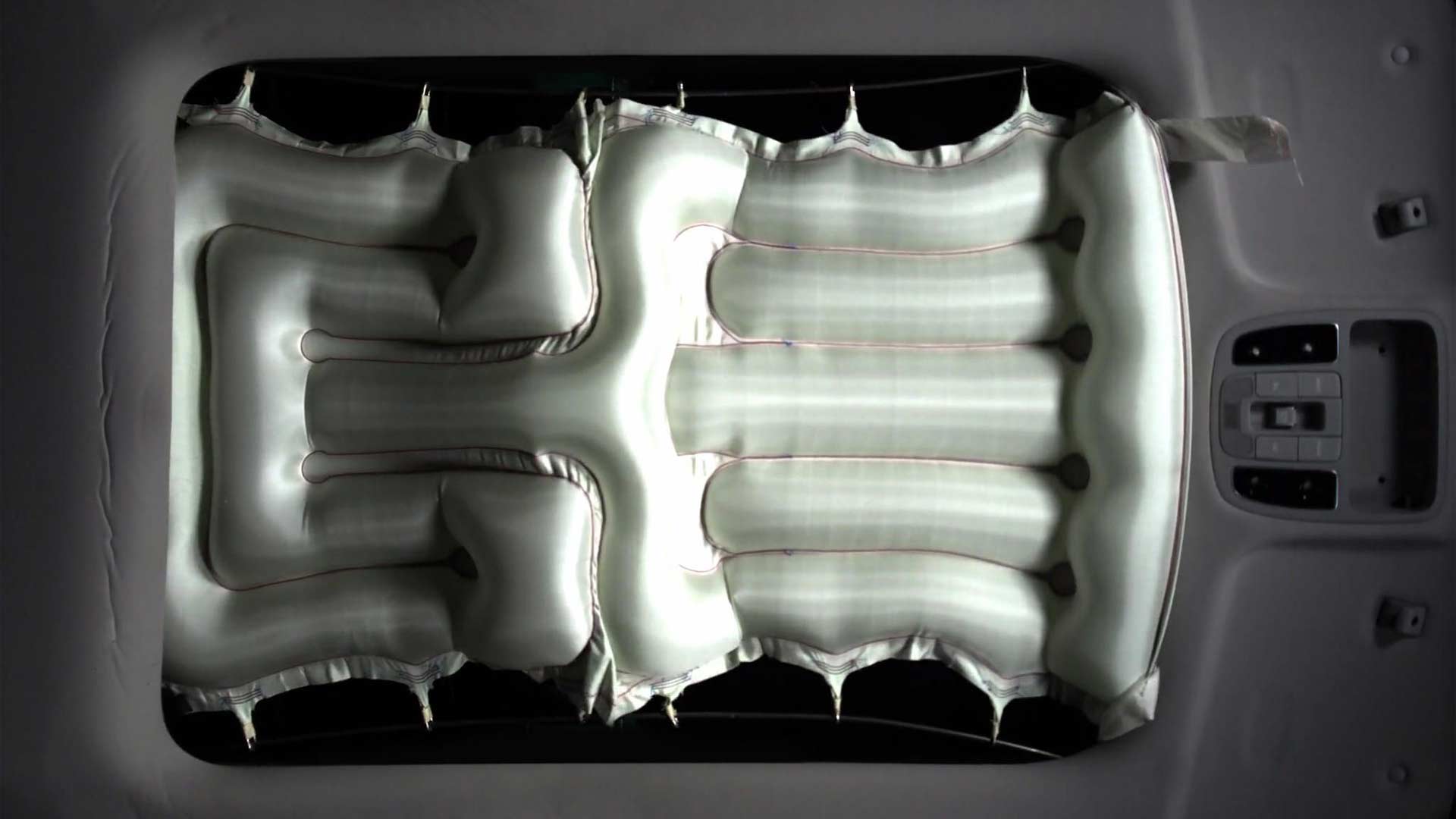 Hyundai’s components maker Hyundai Mobis has come up with an airbag for panoramic sunroof, claimed to be the world’s first, that deploys in a rollover accident.

The company said that the road test and reliability tests have been completed this month, including heat resistance and vibration resistance tests, and is ready for mass production.

In a road test using dummies, when the airbag was deployed, it prevented the passenger from being flung out of the car and cushioned the impact on the head. The panoramic sunroof airbag is installed inside the sunroof, and deploys forward from the rear of the car. It resembles the curtain airbag that is deployed alongside the windows of the vehicle. If the turning angle of the vehicle is changed due to rollover, the sensor detects it, and the inflator deploys the airbag. The airbag cushion inflated by the gas covers the entire roof surface of the vehicle in only 0.08 seconds, said the company.

The structure of the sunroof airbag is more complex than that of other airbags. It has more technological difficulty. As this airbag is in the sunroof system, it is important to secure enough space for the deployment when making the sunroof. What’s more, it must be deployed safely analyzing to the situation, whether the sunroof is open or closed during an accident. If the sunroof is closed, the airbag is deployed across between the sunroof glass and the sun shield.

Due to this technological difficulty, the technologies developed by other airbag manufacturers have remained at the conceptual level. Hyundai Mobis applied 11 patents in the process of developing this technology, the company further added.

“We will focus on premium SUV models and become a global leader in advanced airbags.” said a Hyundai Mobis official.

Hyundai Mobis said, according to several resources, as of 2015, the global market for sunroofs is worth about 6 billion USD, and is expected to grow by about 11% on average every year until 2022.