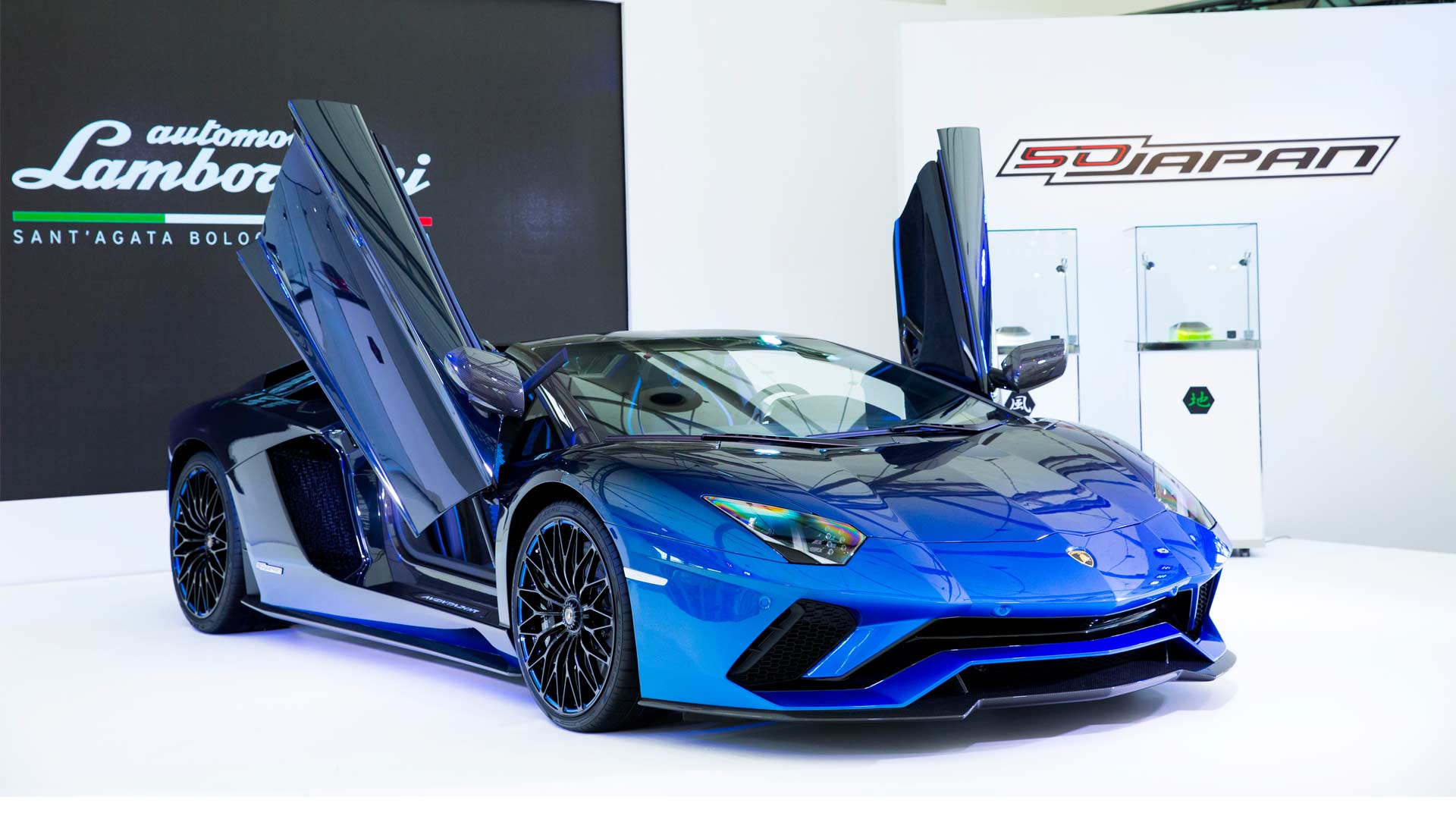 This year marks the 50th anniversary of Lamborghini’s arrival in Japan, which started from the first imports of the 400 GT. To celebrate the event, Lamborghini has created a limited series called “Aventador S Roadster 50th Anniversary Japan”.

The five units destined exclusively for the Japanese market. Each unit is a one-off, with colors and finishes inspired by one of the five natural elements of Japanese culture: water, earth, fire, wind, and sky. The “water” version was presented and displayed during Lamborghini Day in Tokyo.

The concept for the car was developed by Lamborghini’s Ad Personam (personalization) Department along with the Centro Stile, a collaboration that led to developing a unique paint for each model, featuring special shading effects in which, in the case of the “water” version, the blue fuses into black. The paintwork required 170 hours of labor and the contribution of 10 specialists. The exterior is completed by the windscreen frame and the hard top, both made of exposed carbon fibre.

The interiors are done in Nero Ade black leather and Nero Cosmus black Alcantara. Another unique feature of the car is the embroidery on the seats and on the hard top that evokes the Japanese symbol for bamboo (Y). The color of the stitching matches that of the exterior, with the same gradations and shading: an effect that required 100 hours of labor by 6 specialists. The interior finish is completed by a hexagonal carbon fiber plate with the Japanese symbol of the car’s elemental namesake.

The Aventador S Roadster was globally unveiled at the 2017 Frankfurt Motor Show. 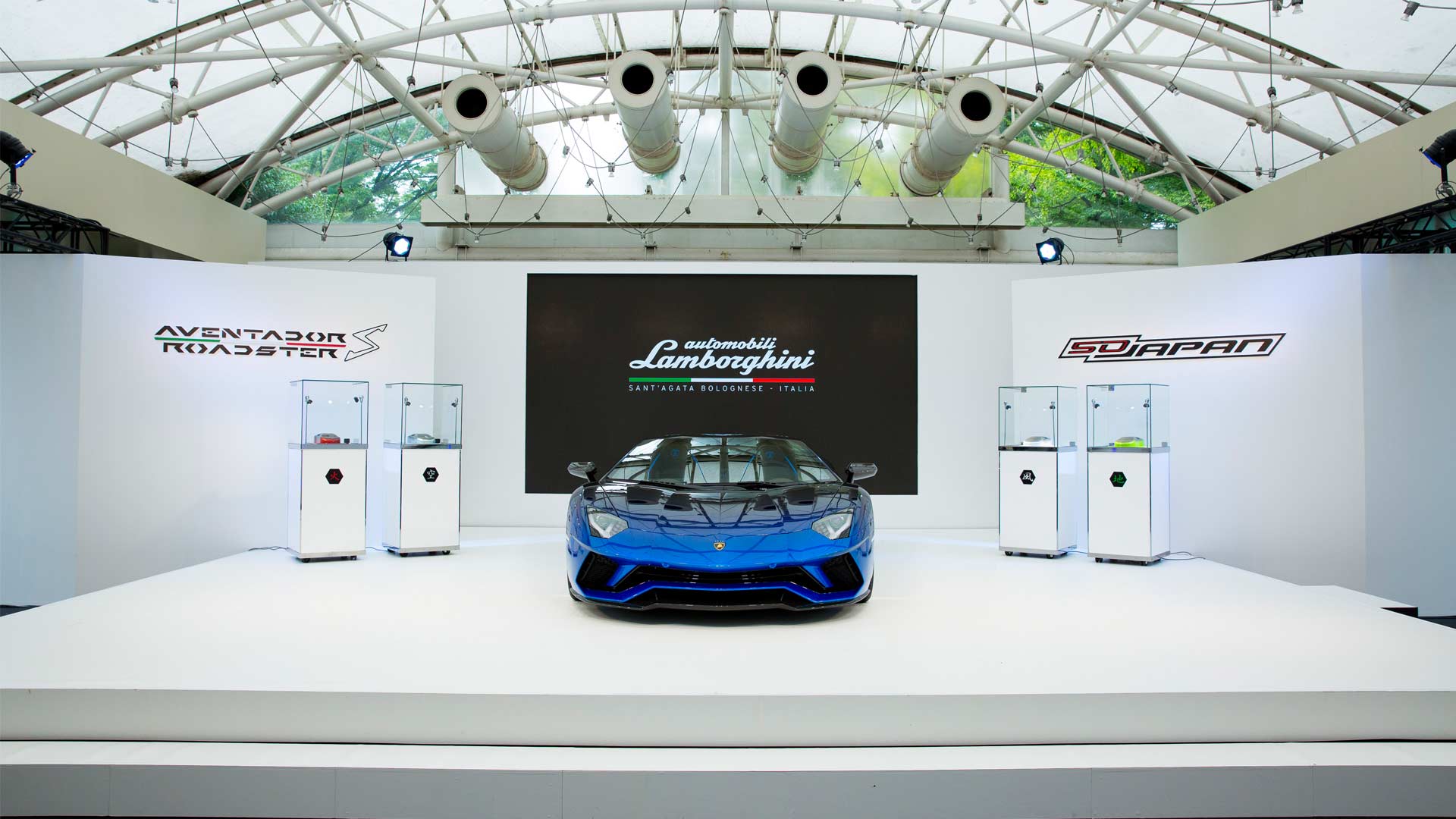 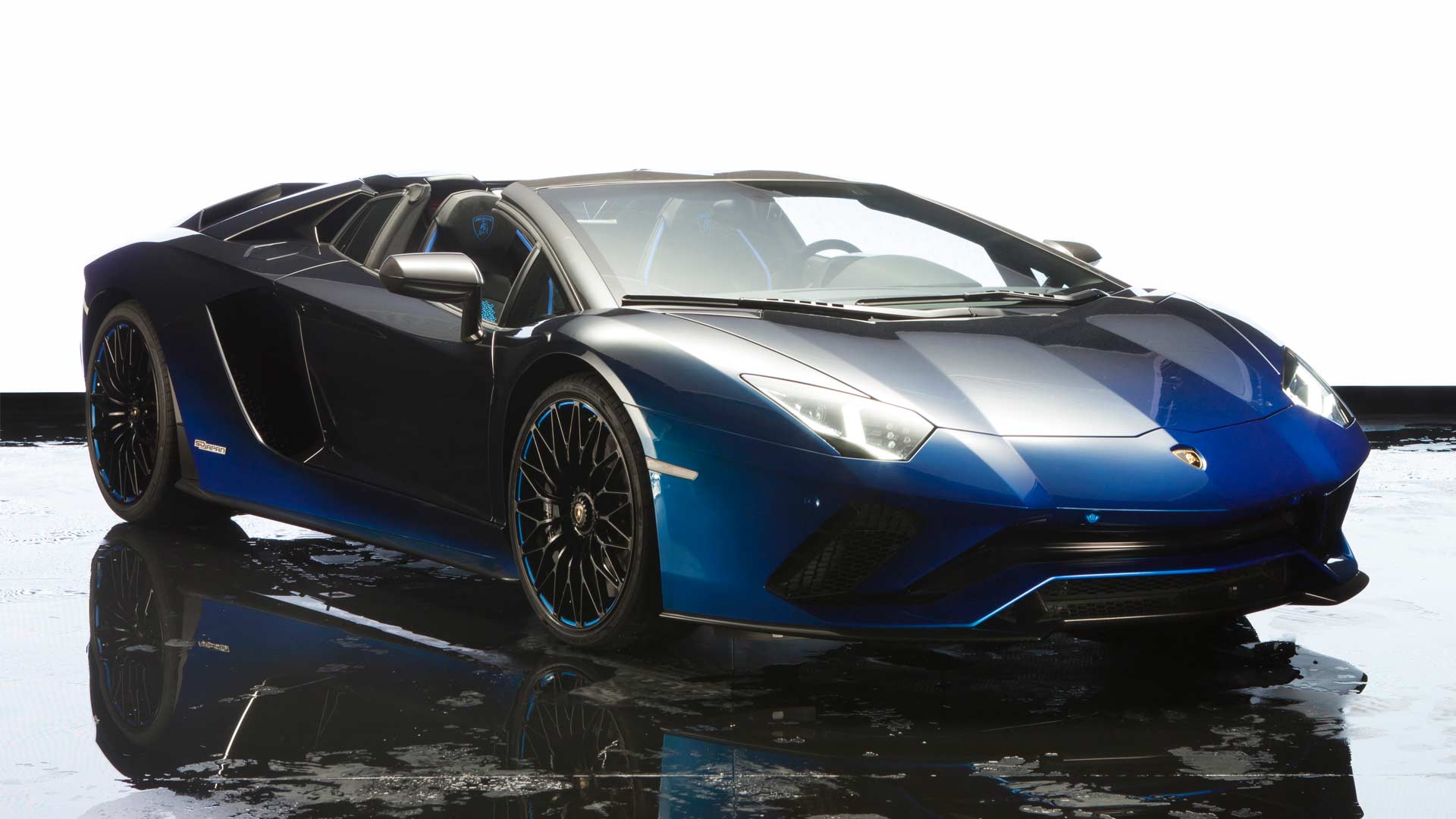 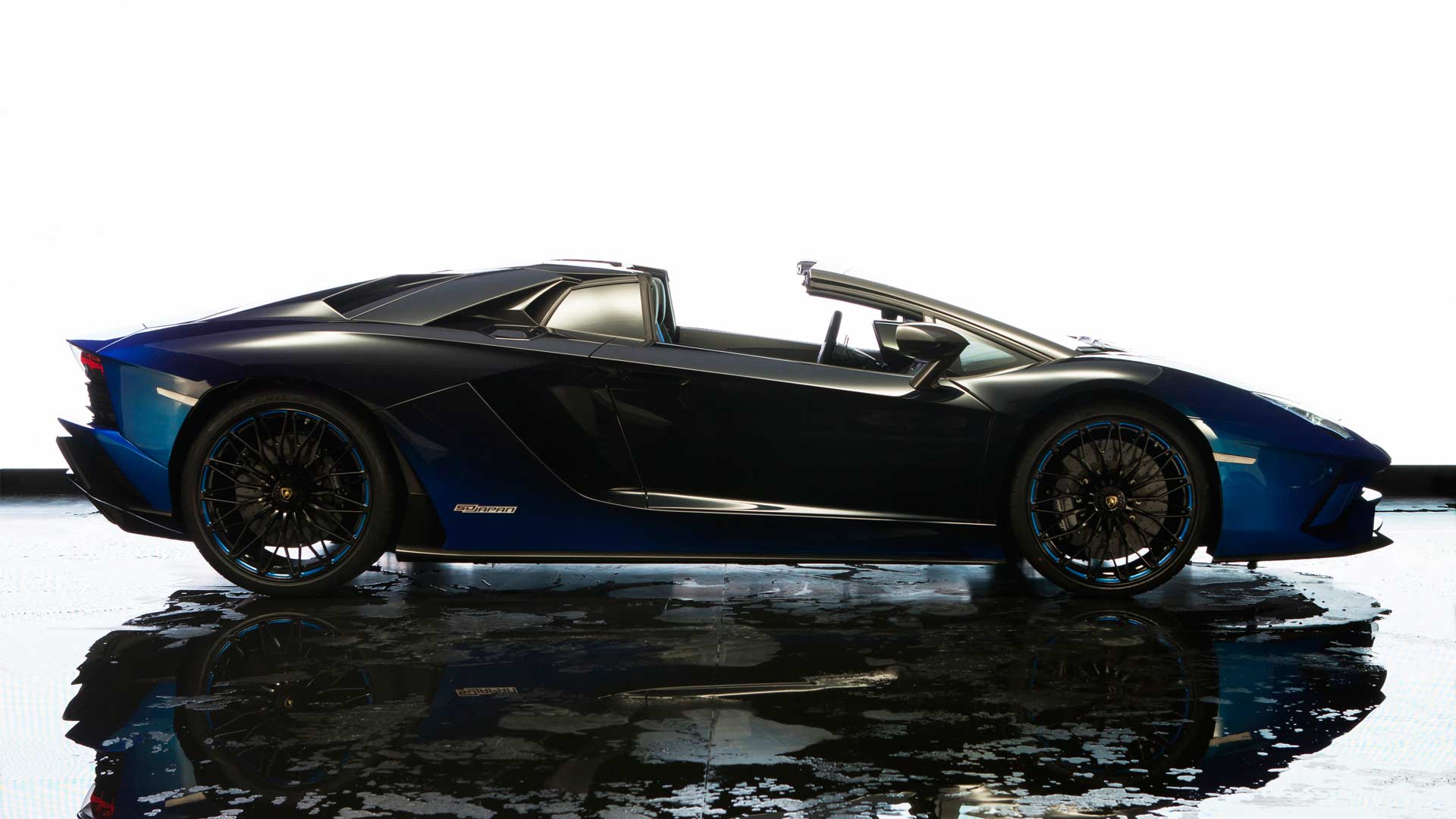 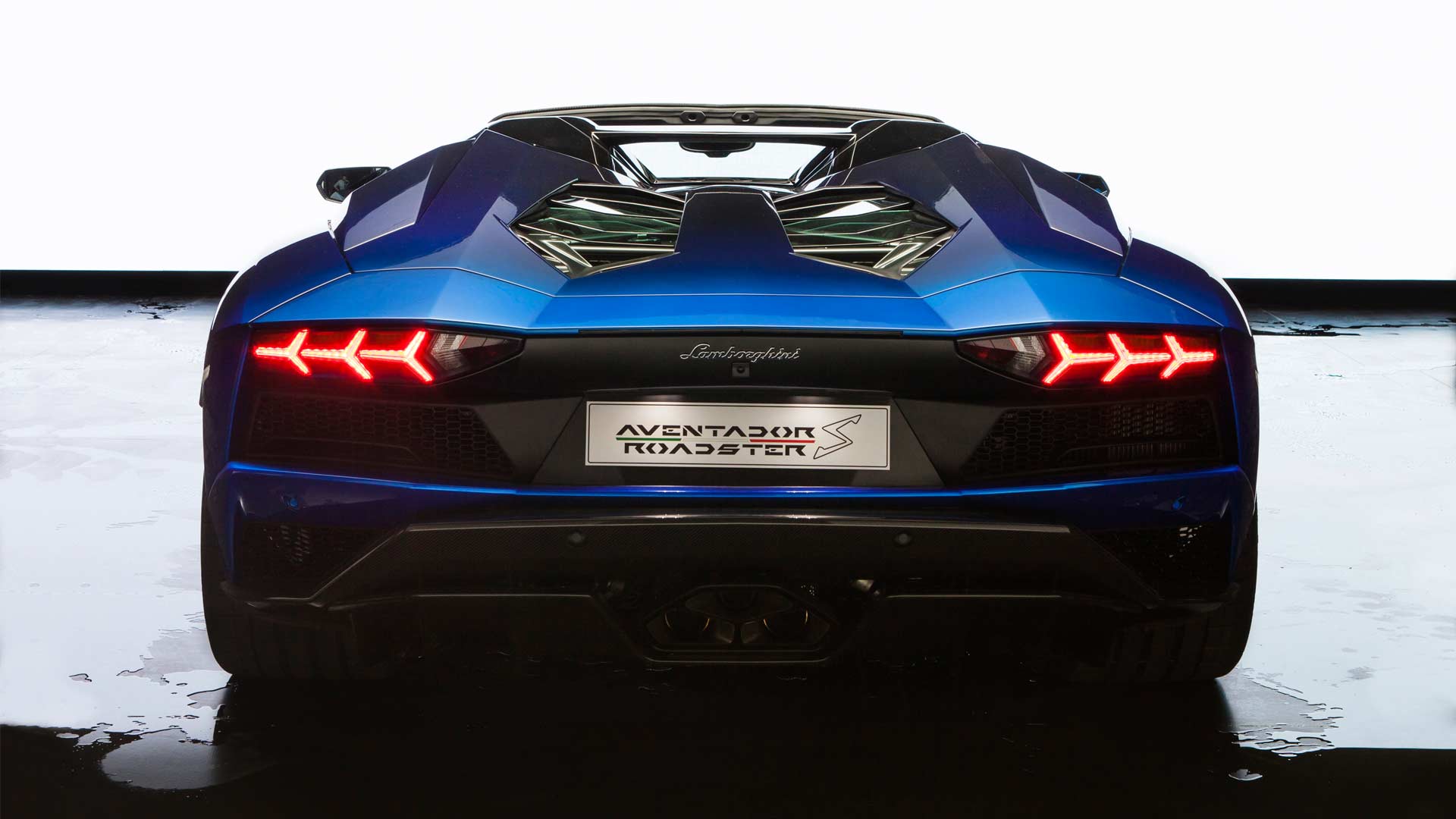 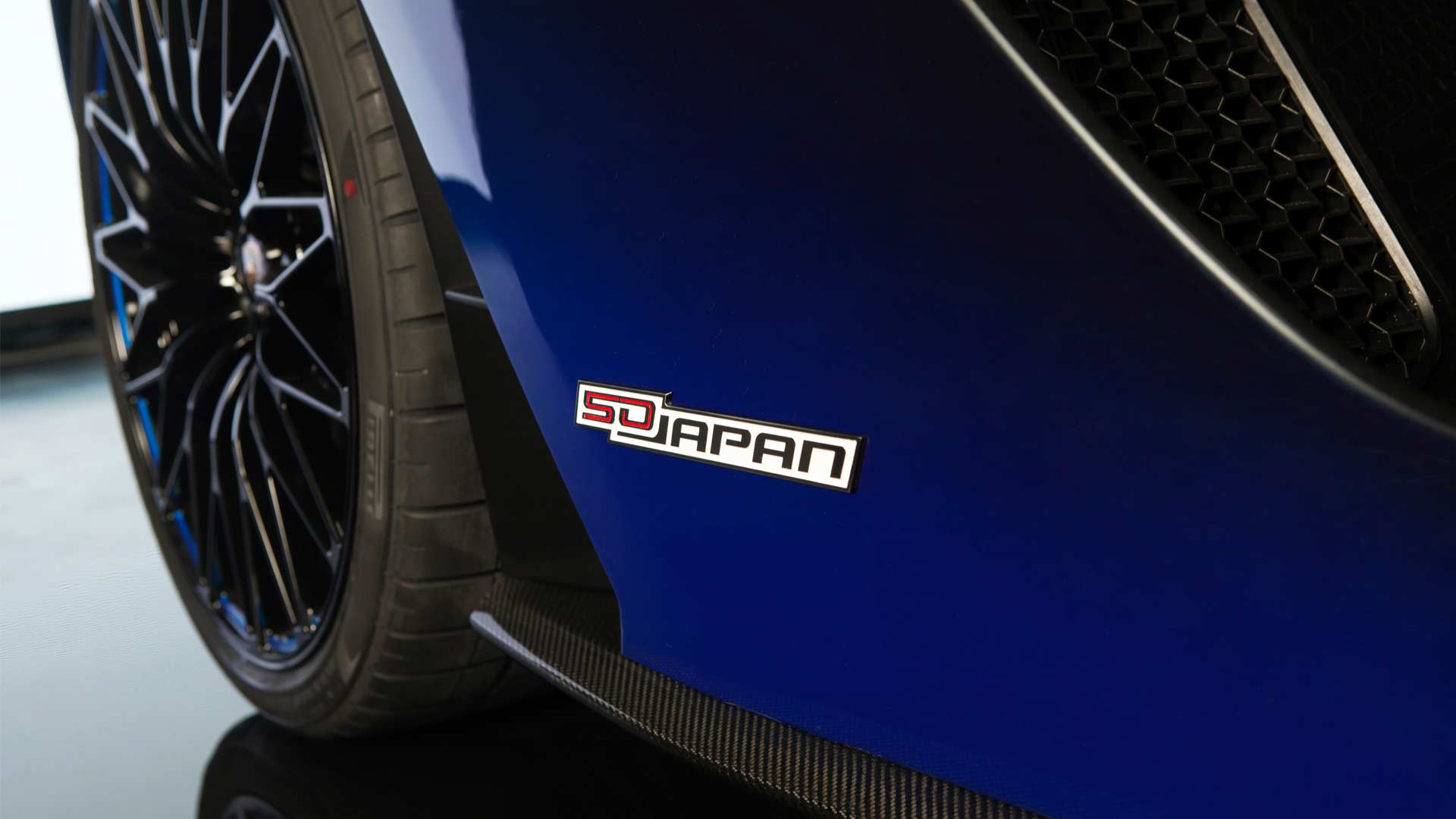 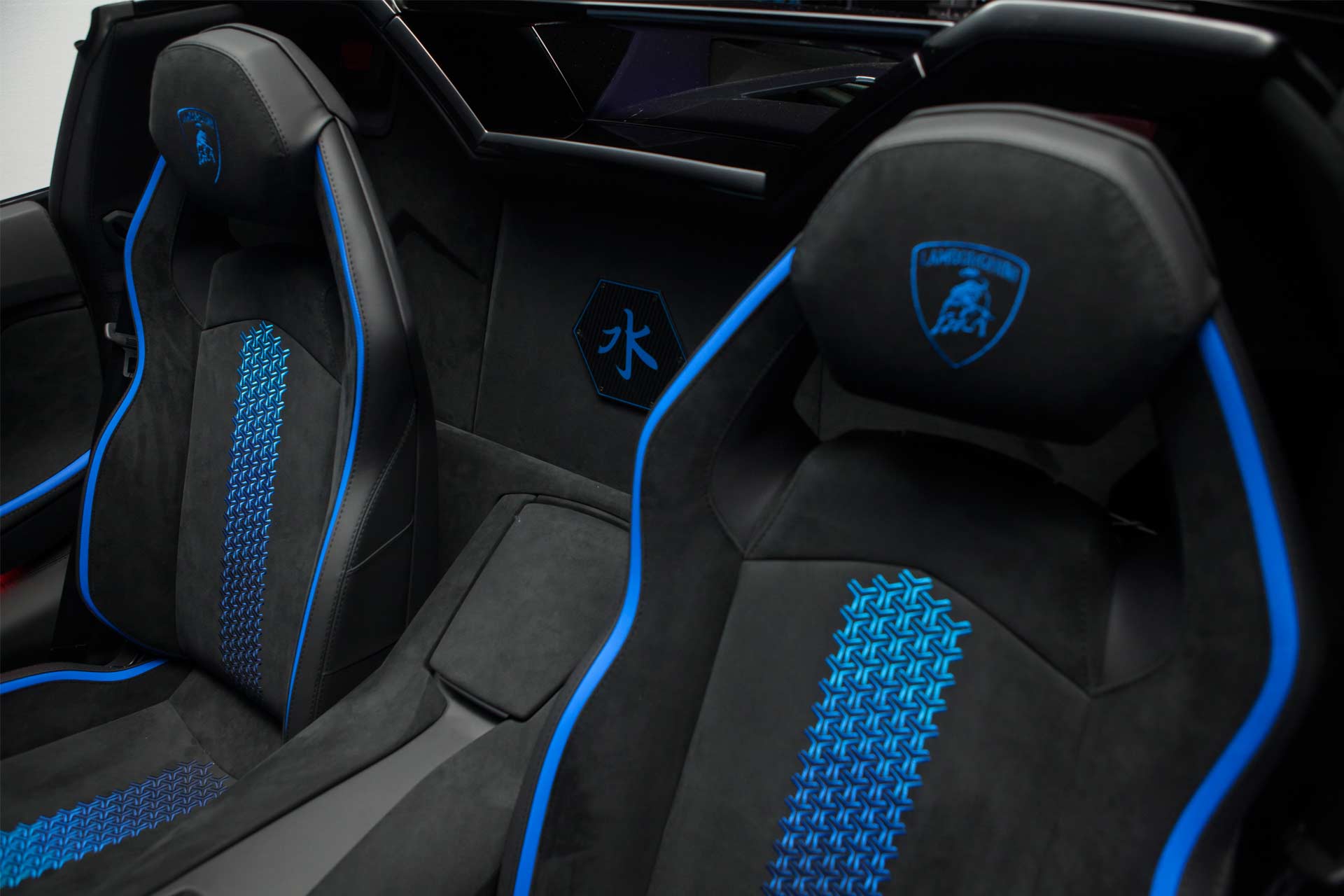 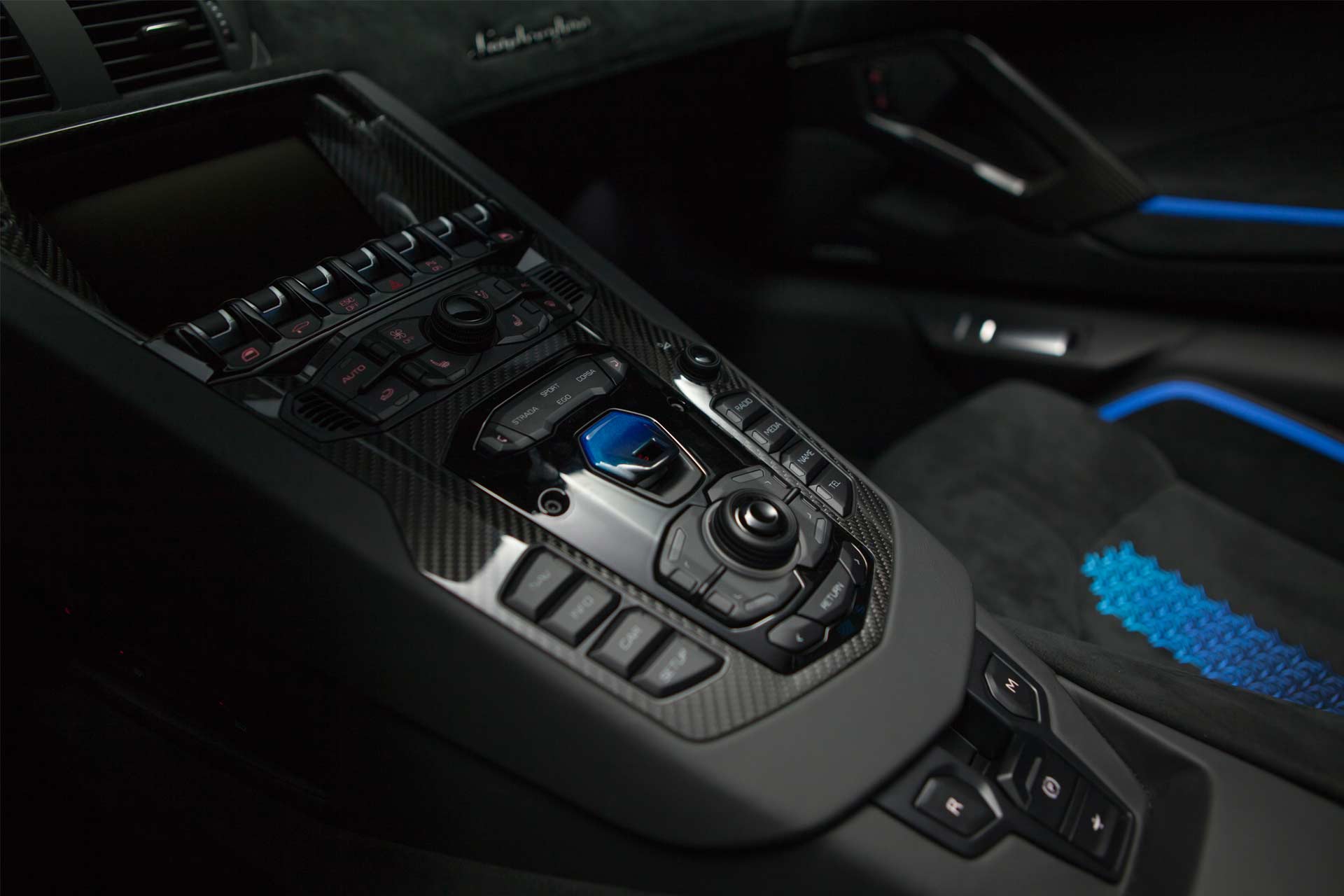