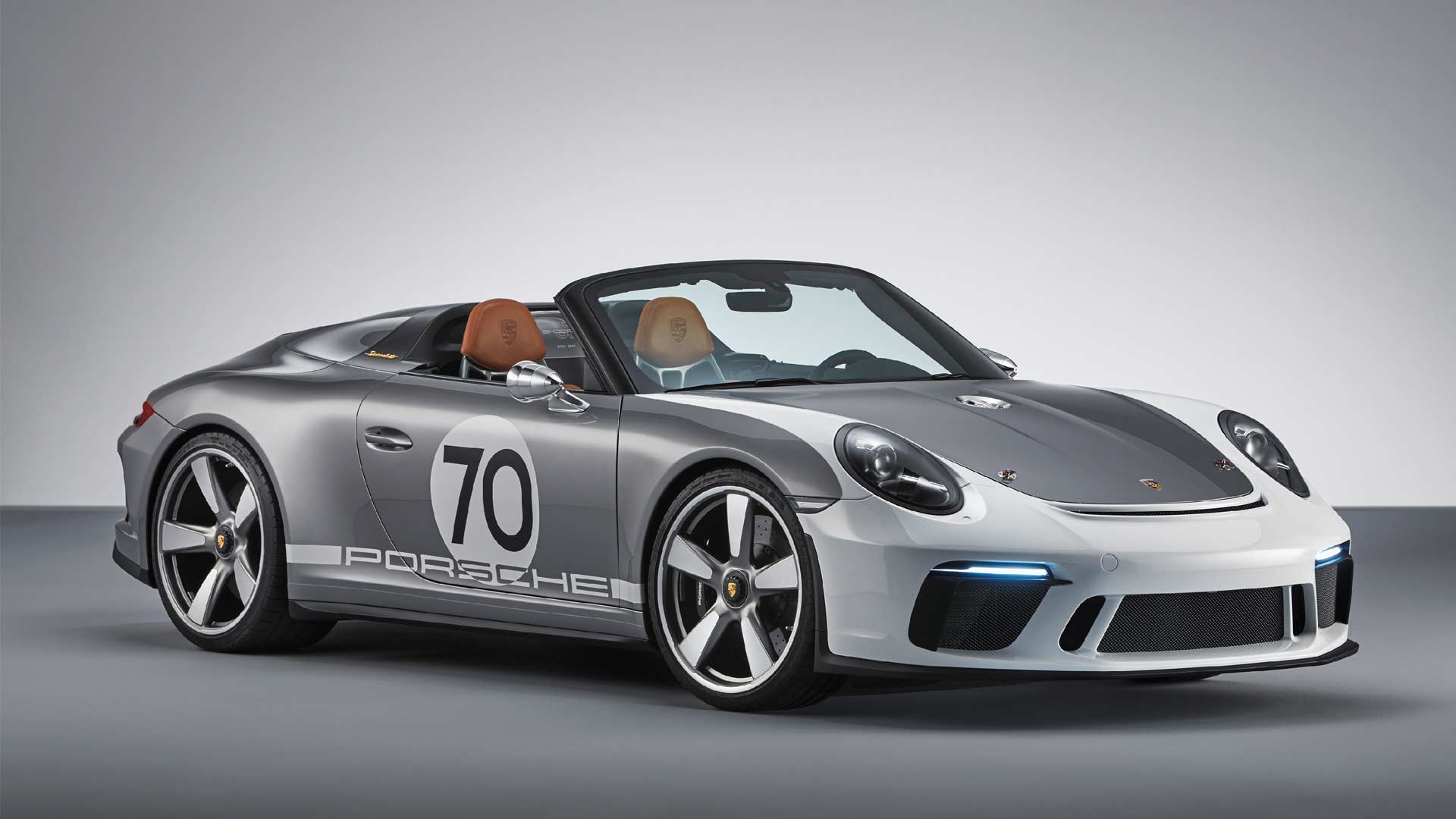 Along with the official name of the Mission E concept, Porsche unveiled the 911 Speedster concept as part of the 70 years Porsche sportscar anniversary celebrations in Zuffenhausen.

The anniversary model forges a link between the very first Porsche – 356 ‘No. 1’ Roadster, which received its operating permit on June 8, 1948, and the Porsche cars of today.

The concept features a more inclined windscreen and shorter side windows, giving it a low slung look – reminiscent of its predecessors such as the 356 1500 Speedster, while the ‘double bubble’ on the back has been taken from the 911 Speedster of 1988. As dictated by the historic original, the 911 Speedster Concept also features a lightweight tonneau cover instead of a convertible top. This cover is attached using 8 Tenax fasteners. The lightweight principles of the Speedster philosophy continue through into the interiors, where the navigation, radio and air conditioning systems have all been eliminated. The full bucket seats are made of carbon, and are upholstered in light brown Aniline ‘Cognac 356’ leather.

The wings, front bonnet and rear cover of the concept are made of lightweight carbon-fibre composite material.

The paintwork in the traditional colours of GT Silver and White harks back to Porsche’s early racing cars – as do many of the other crafted details, such as the 50s-style central fuel tank cap positioned in the middle of the front bonnet, the classic Talbot shaped exterior mirrors or the unique design of the main headlights. Transparent and opaque surfaces on the headlight covers produce a cross-like effect and are nod to a practice prevalent in Porsche’s early years in motorsport. At the time, the original headlights were taped before races to protect them against stone chipping and to prevent the glass from shattering. The wide B-pillars and the rear are decorated with milled, gold-plated Speedster lettering.

The chassis essentially comes from the 911 GT3. The 4.0 flat 6-cylinder engine delivers 500 hp and revs up to 9,000 rpm, paired to a 6-speed manual transmission. The exhaust system get titanium tailpipes.

Porsche said that the concept was developed at the Porsche Motorsport Centre, which is the birth place of the 911 GT2 RS and, most recently, the GT3 RS.

The company further said that “the concept offers a glimpse of a potential series-production version, although this model may not be presented until 2019. A decision on whether to move ahead will be made in the coming months.” 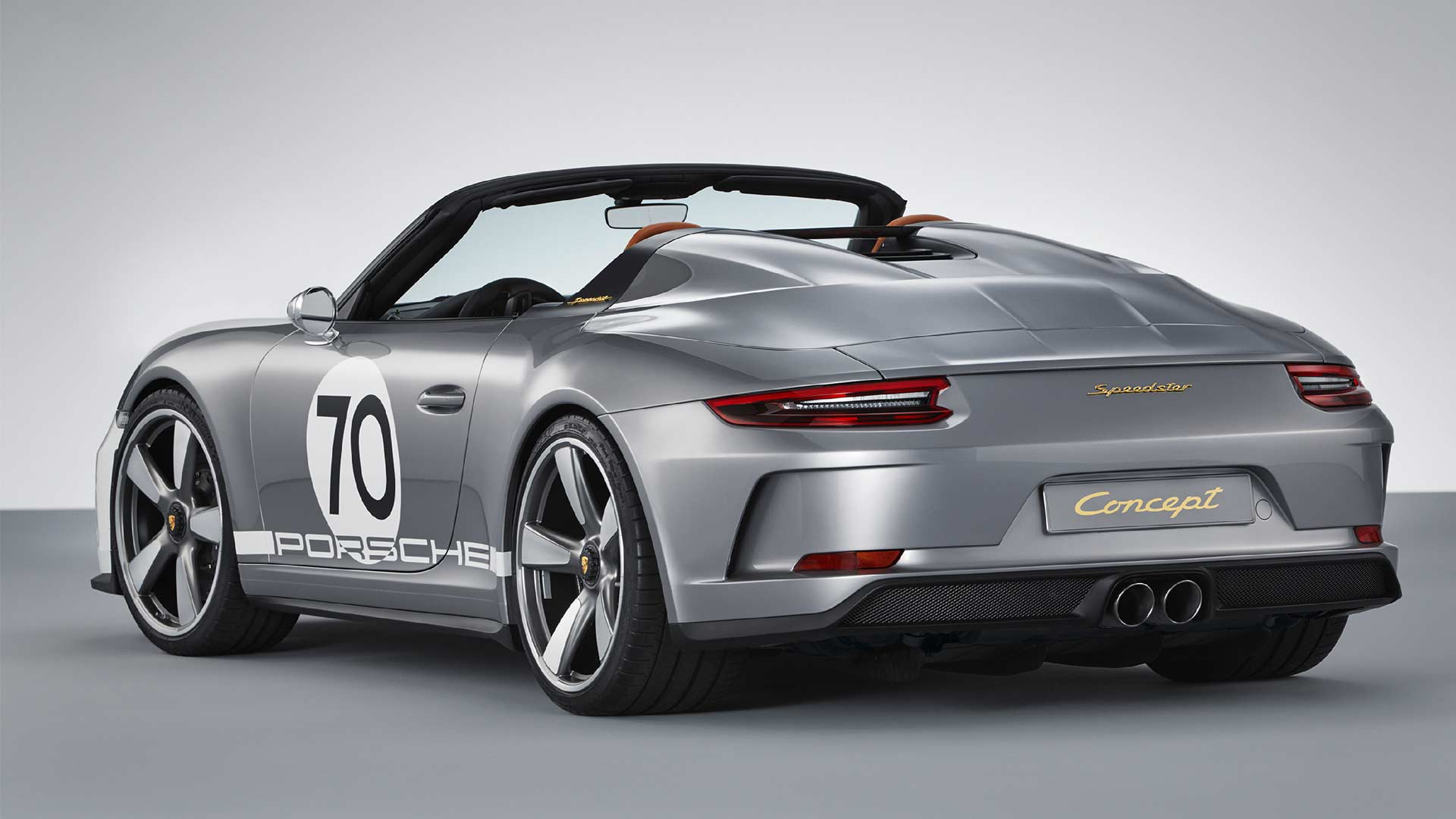 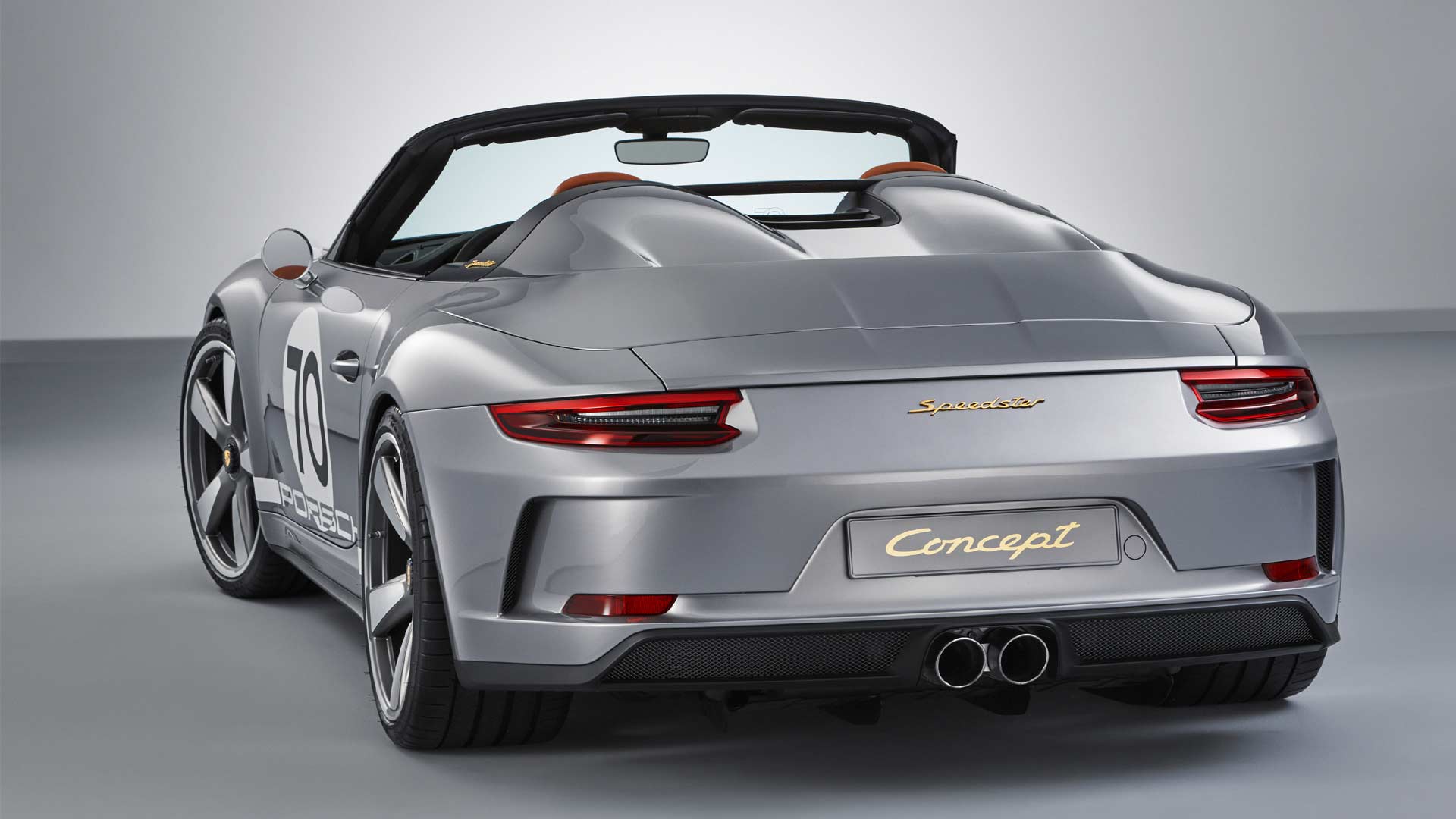 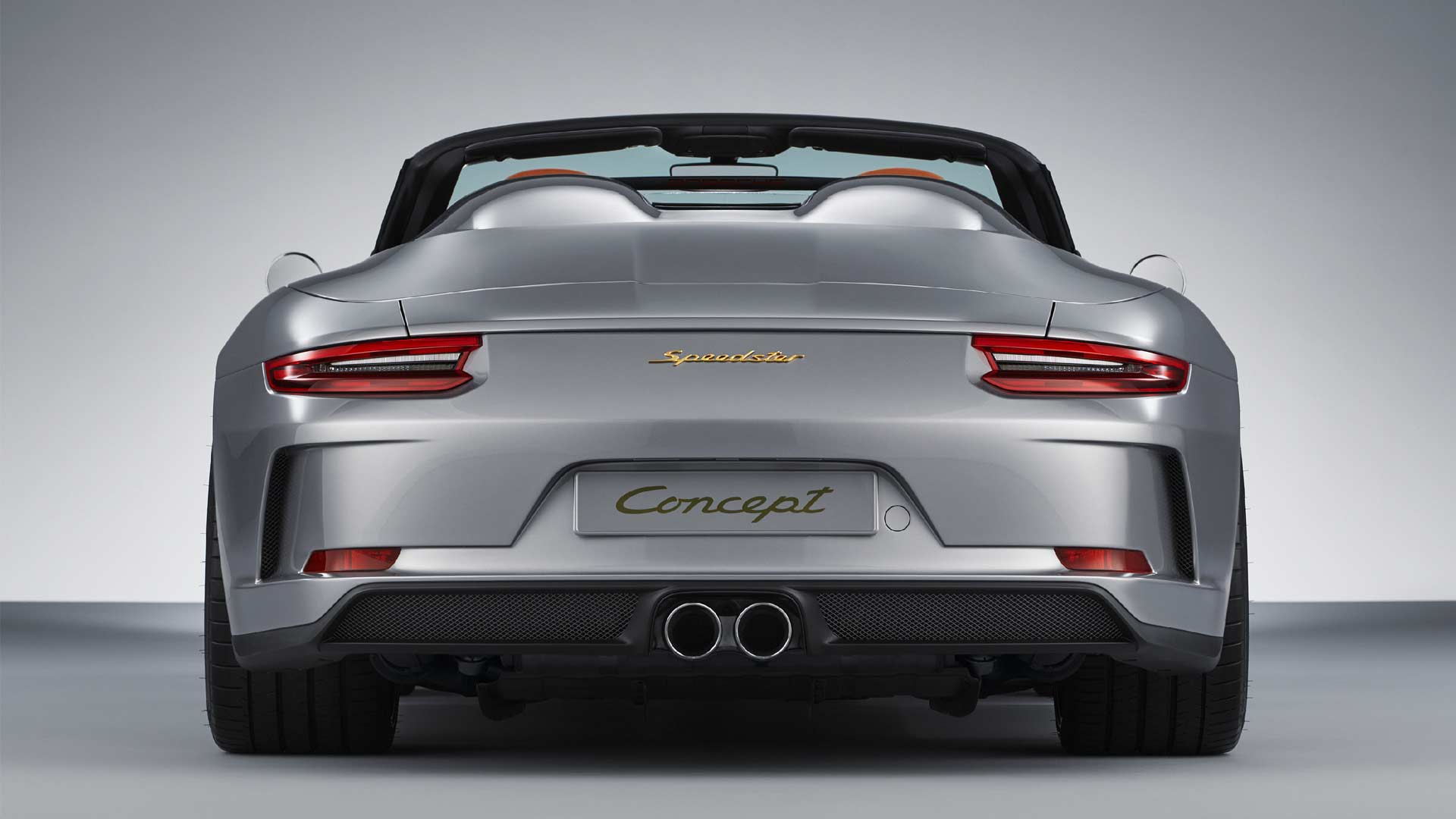 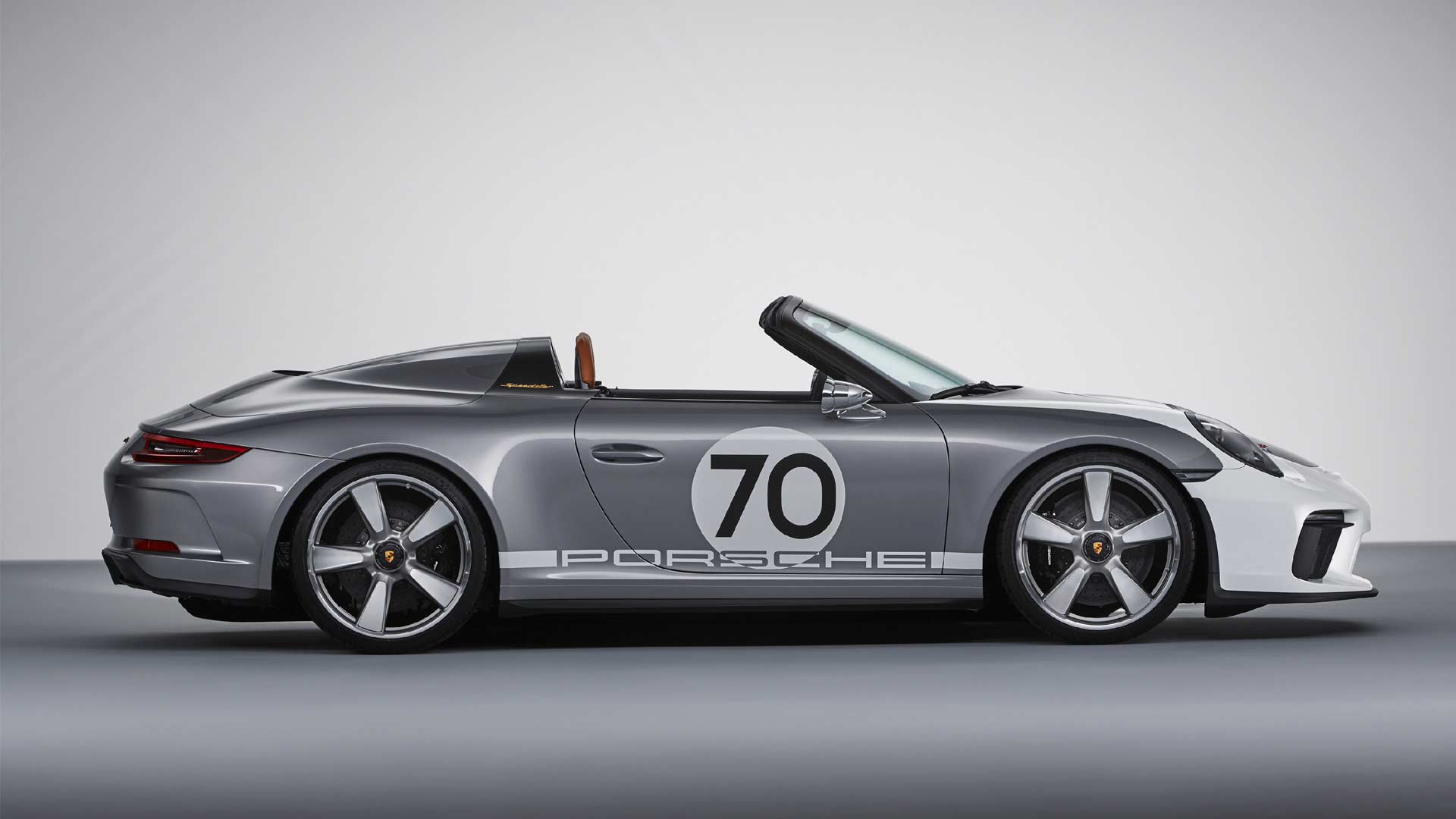 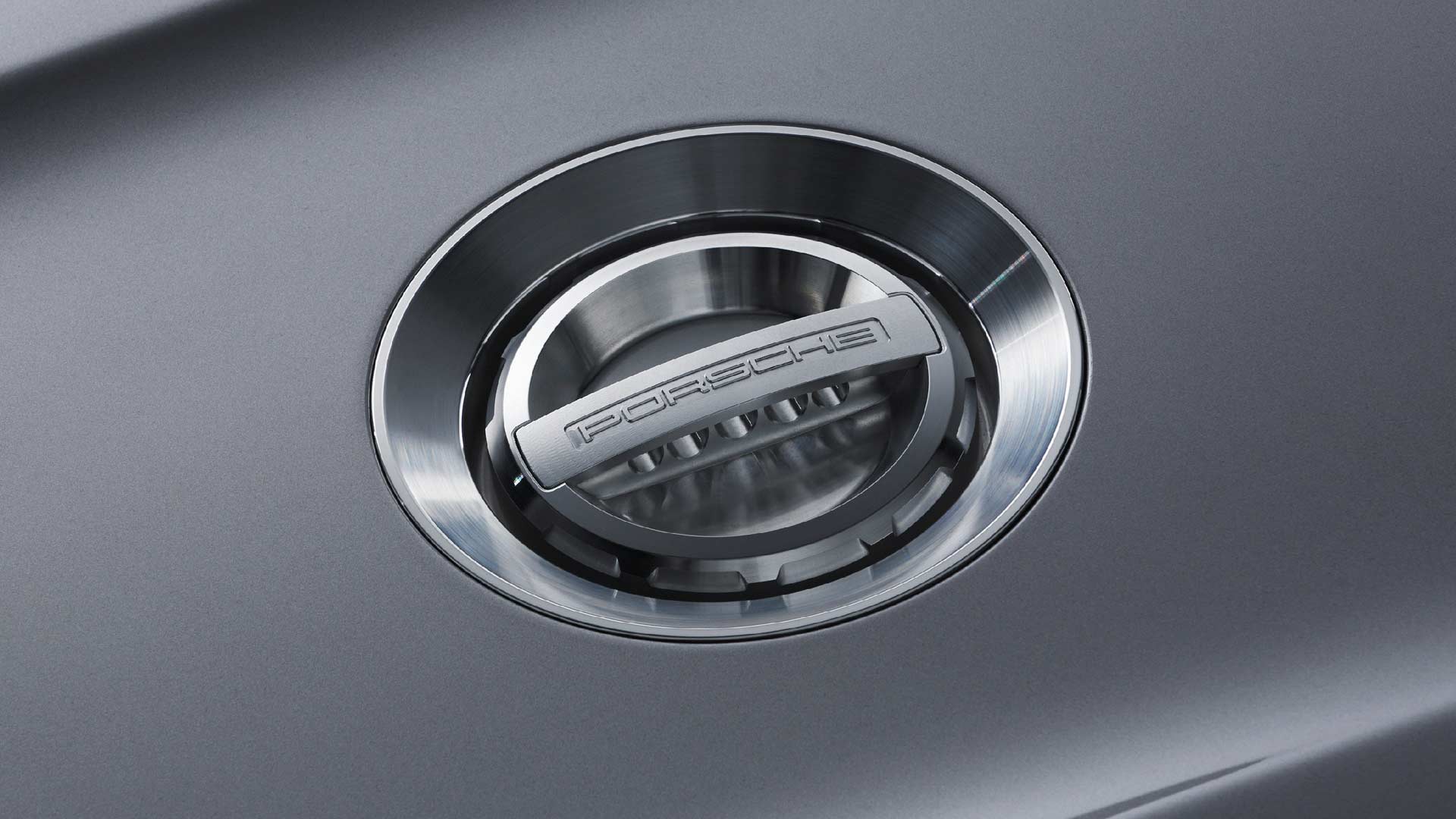 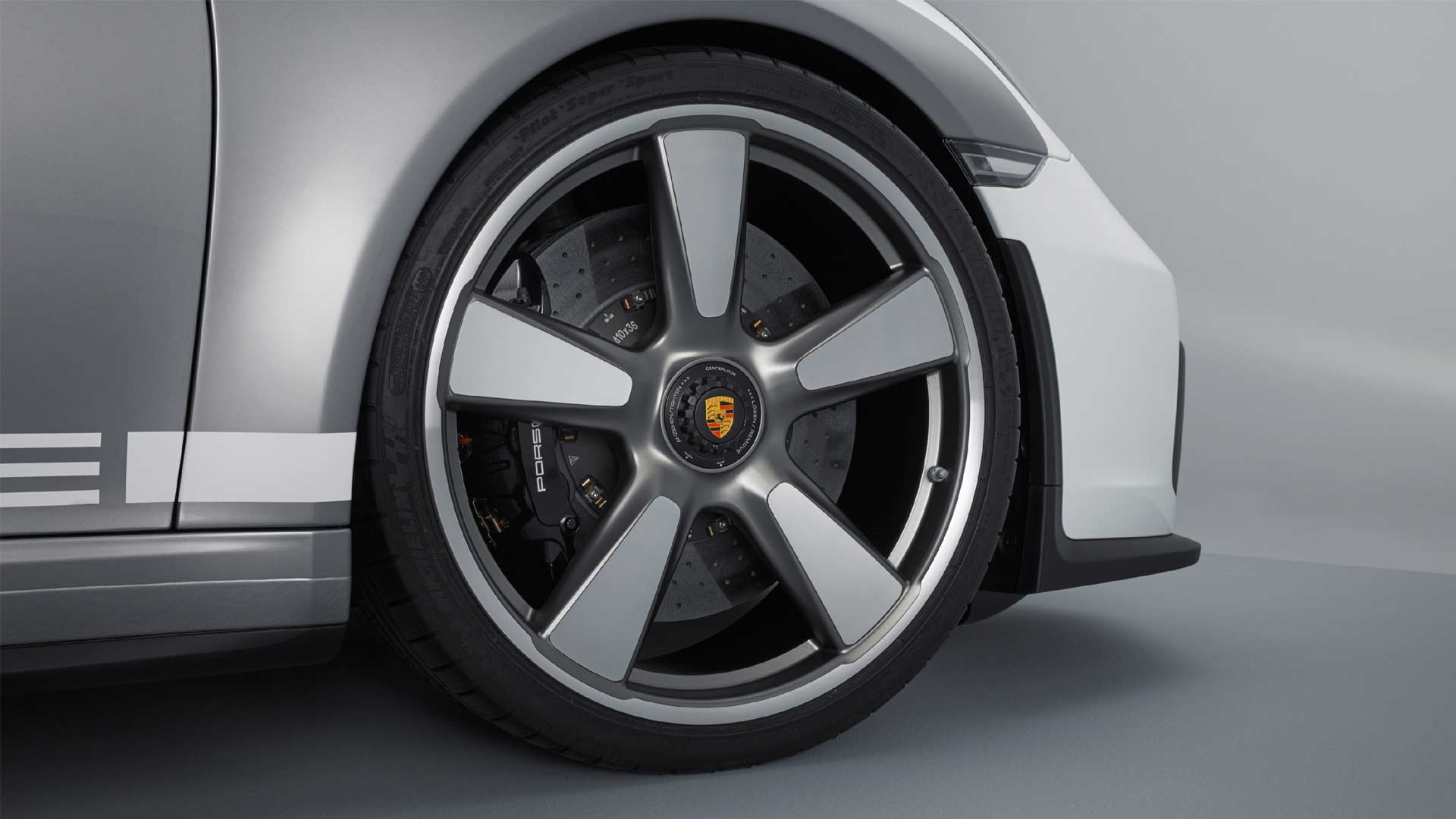 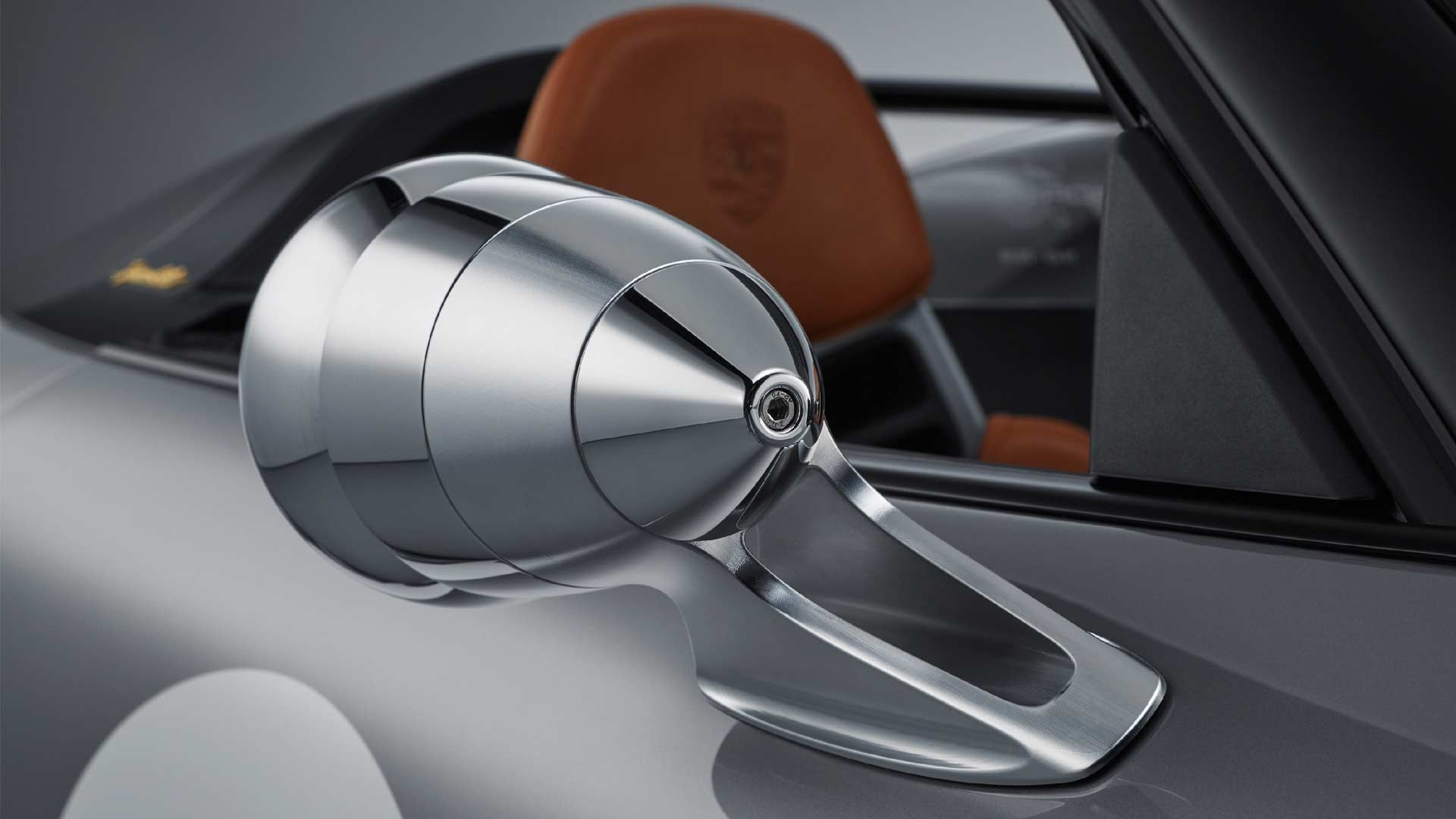 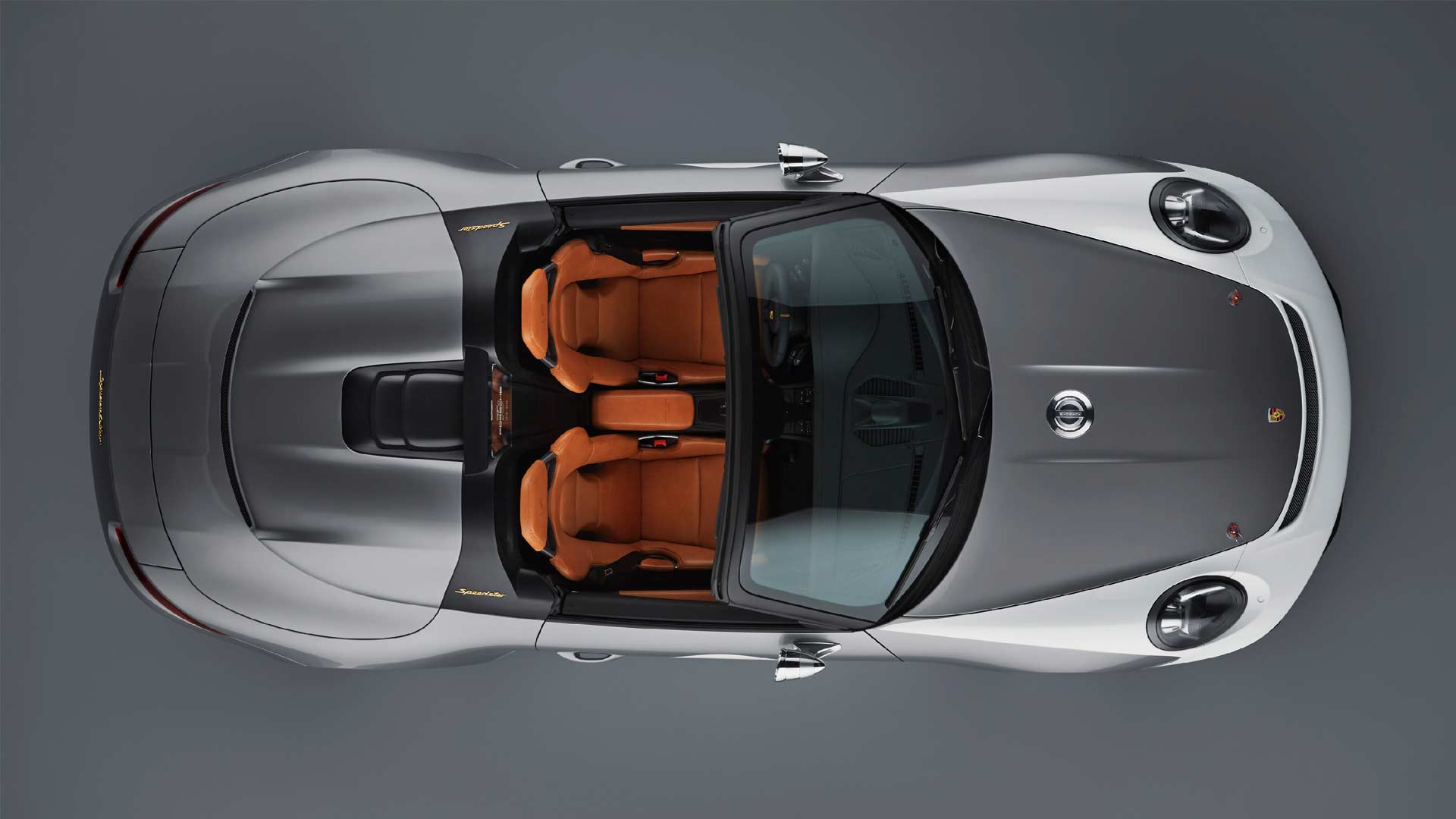 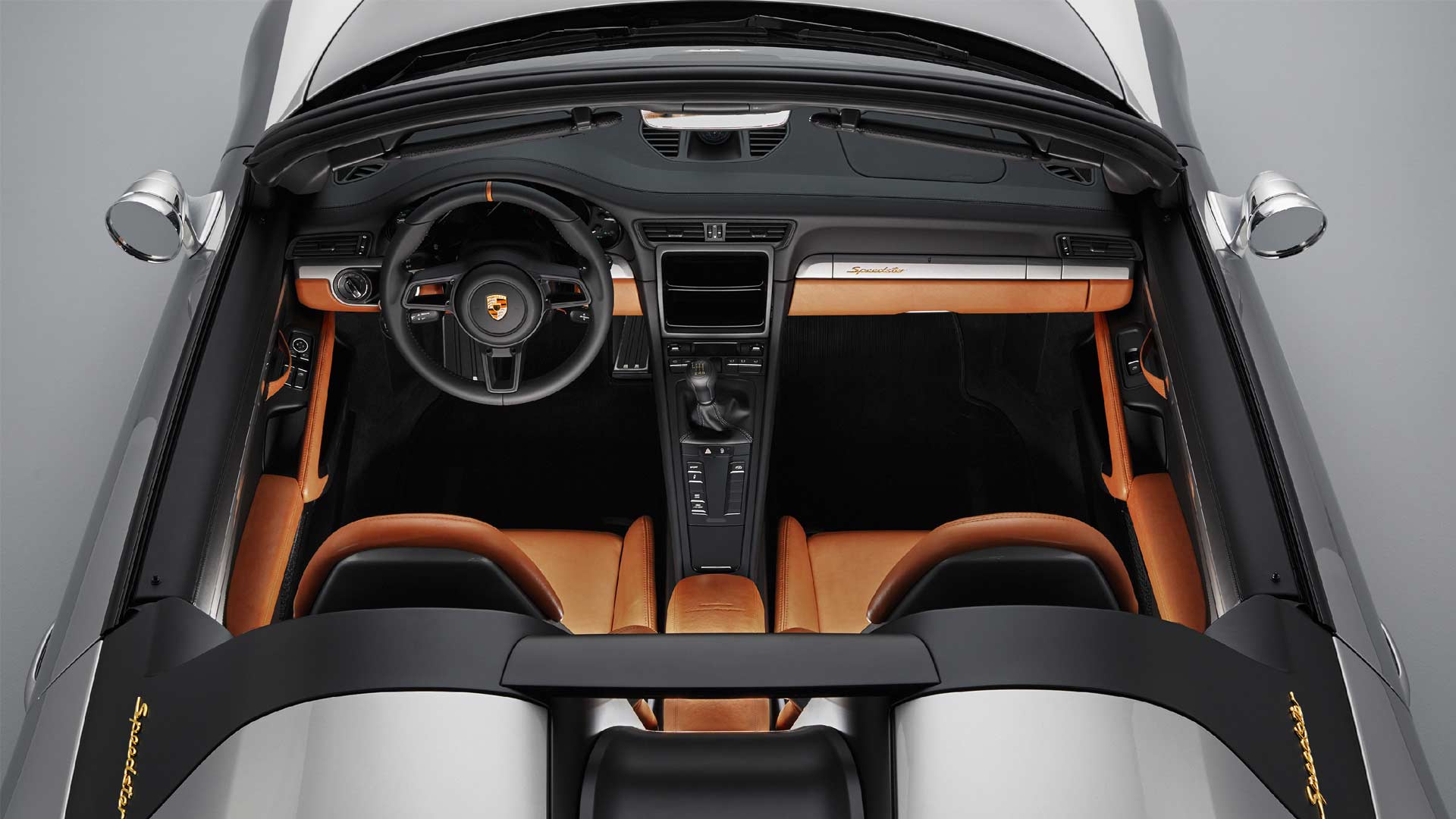 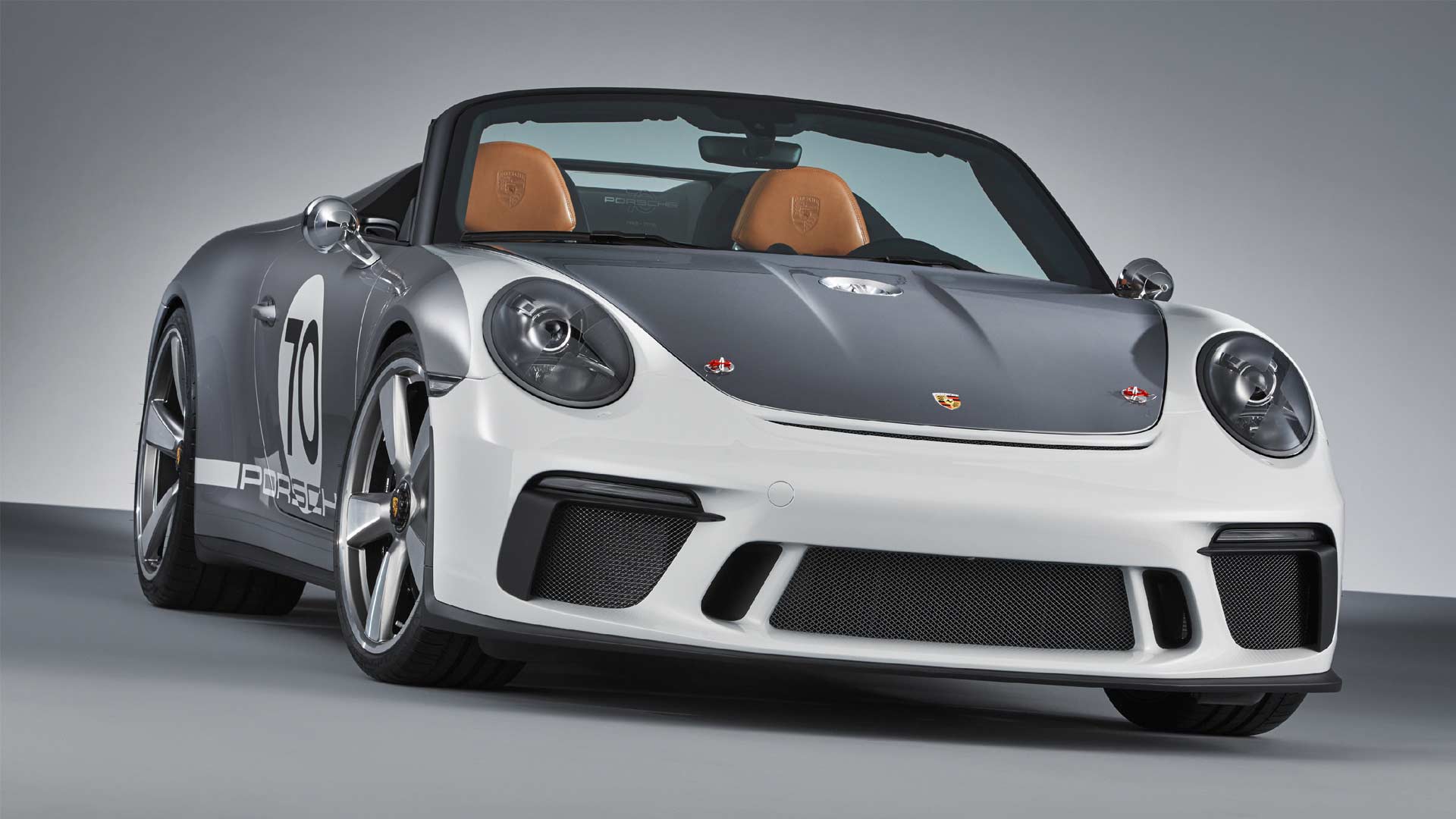