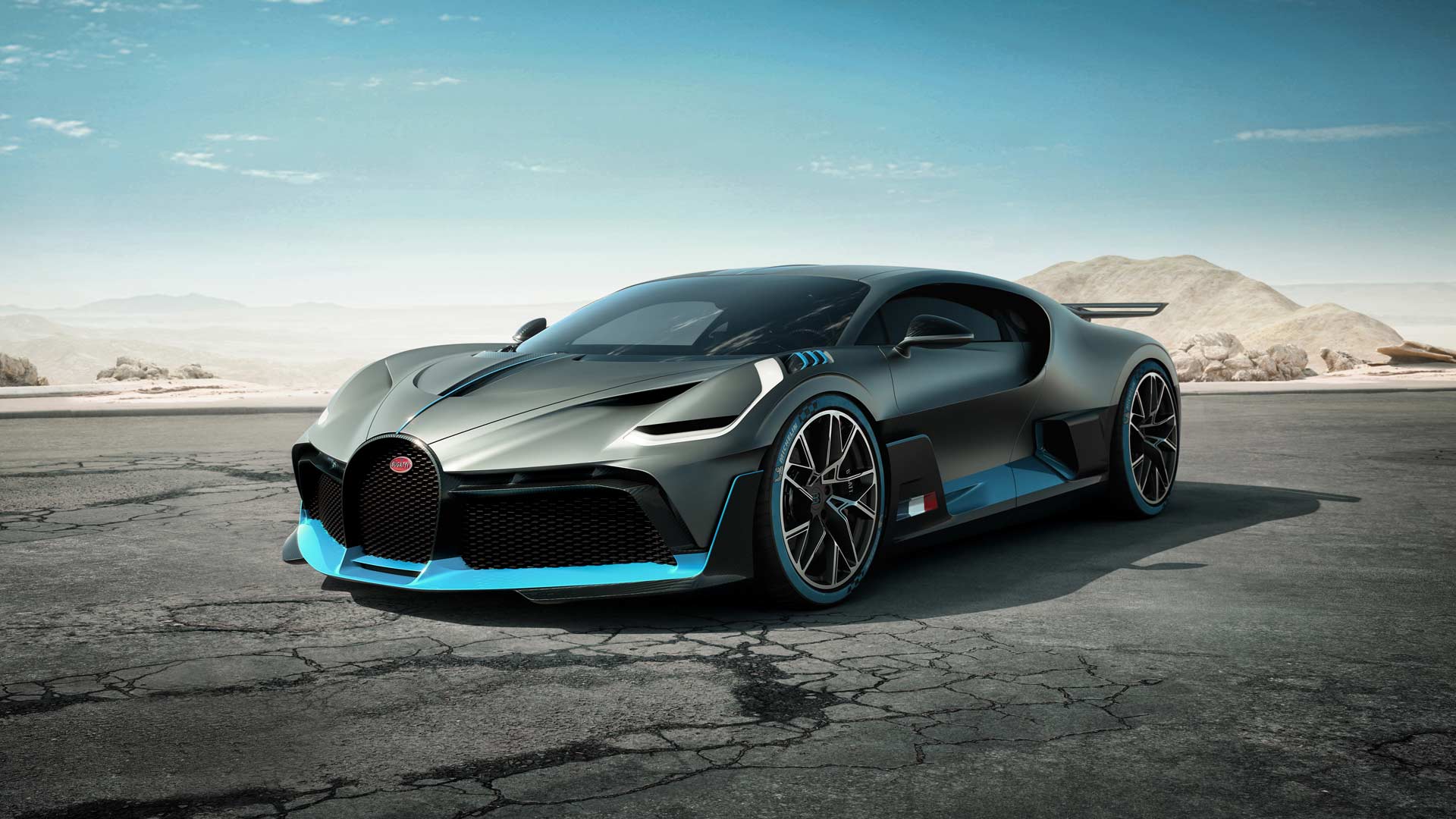 Bugatti has chosen The Quail – A Motorsports Gathering in California to unveil the Divo, which is all about aerodynamics and lightweight. The Divo is what happens when you give the Chiron to the aerodynamics engineers to come up with a new bodywork.

Speaking of which, the Divo generates 90 kg (198 lbs) more downforce than the standard Chiron. The wide front spoiler lets more air into the cooling system, and so are the high-pressure areas above the front bumper and louvres to cool down the brakes.

The roof has a neatly integrated NACA air duct which plays a key role in the temperature management of the engine bay. At the rear, the Divo features a new, height-adjustable rear spoiler that functions as an air brake when turned forwards and is set to different angles for the individual driving modes. It measures 1.83 metres wide — 23% wider than the Chiron.

While the front has extremely narrow LED headlights integrated into a 35 mm opening, the rear has sophisticated 3D lights. This is actually part of the rear grille, which is partly produced via 3D printing process and has special lightweight fins in different sizes. A total of 44 of these fins light up, forming the taillights of the Divo.

At the outer edge, the fins become wider, creating a more intensive light. Towards the centre of the vehicle, they are narrower, resulting in a gradual fading effect.

However, the Divo doesn’t seem to have matched the imagination of many including me, who had imagined that the Divo would look as extreme and aggressive as the Vision Gran Turismo. Thanks to the usage of lightweight materials and a number of design modifications including new lightweight wheels, carbon fibre intercooler cover, reducing the amount of insulation material, lighter sound system and omission of stowage compartments on the central console and in the door trims, the Divo weighs 35 kg (77 lbs) less.

As a result, the Divo can lap the Nardò handling circuit 8 seconds faster than the Chiron. Bugatti says that the chassis and suspension have been tweaked as well for improved cornering dynamics, more agility.

For this purpose, the camber was increased. As a result, the maximum speed of the Divo is limited to 380 km/h (236 mph), and there is no Top Speed mode. The lateral acceleration has been boosted to 1.6 g. 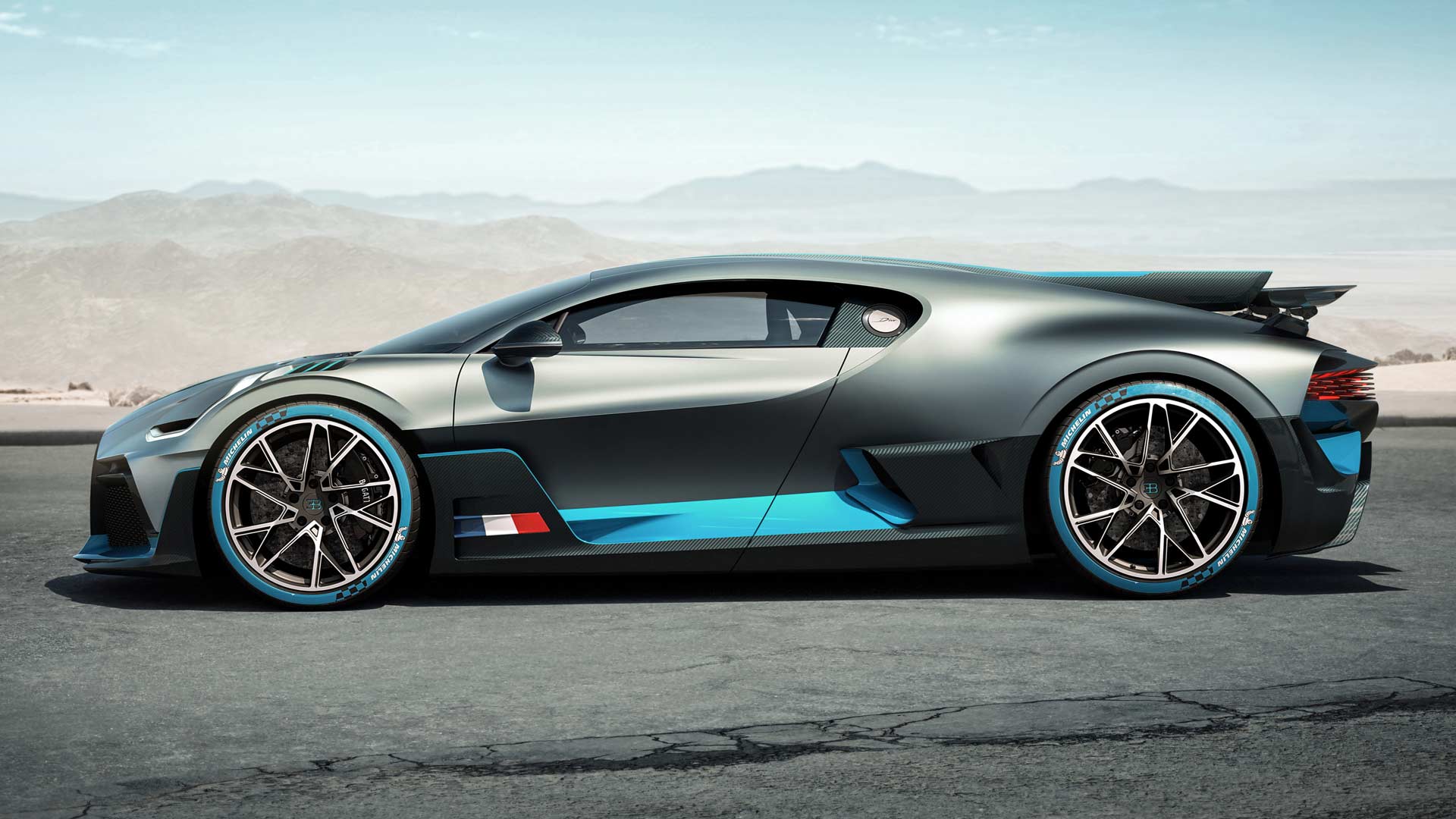 “The modern interpretation of coachbuilding gave us engineers new freedom,” said Stefan Ellrott, Head of Technical Development at Bugatti. “The step that we have taken with the Divo in terms of agility and high-performance cornering dynamics can be compared with the overall development from the Veyron to the Chiron.”

“To date, a modern Bugatti has represented a perfect balance between high performance, straight-line dynamics and luxurious comfort. Within our possibilities, we have shifted the balance in the case of the Divo further towards lateral acceleration, agility and cornering,” said President Stephan Winkelmann. “The Divo is made for bends.” The interiors, however, doesn’t look all that different from the Chiron. The distinctive “Divo Racing Blue” is used as an Alcantara leather tone. The seats offer greater lateral support. The steering wheel is partly covered with Alcantara and has larger paddles on either side. The armrests are a bit larger too.

The door trims and seat areas feature an embroidered three-dimensional rhomboid structure with an algorithmic configuration, reinterpreting the structure of the grille and rear lights. Which brings us to the engine then. In case you’re wondering, the iconic 8.0L W16 develops the same 1,500 metric hp, which is still plenty for a car that weighs less than the Chiron.

The Divo is a street-legal vehicle and is strictly limited to 40 units with each carrying a price tag of €5 million. All of them have already been spoken for. 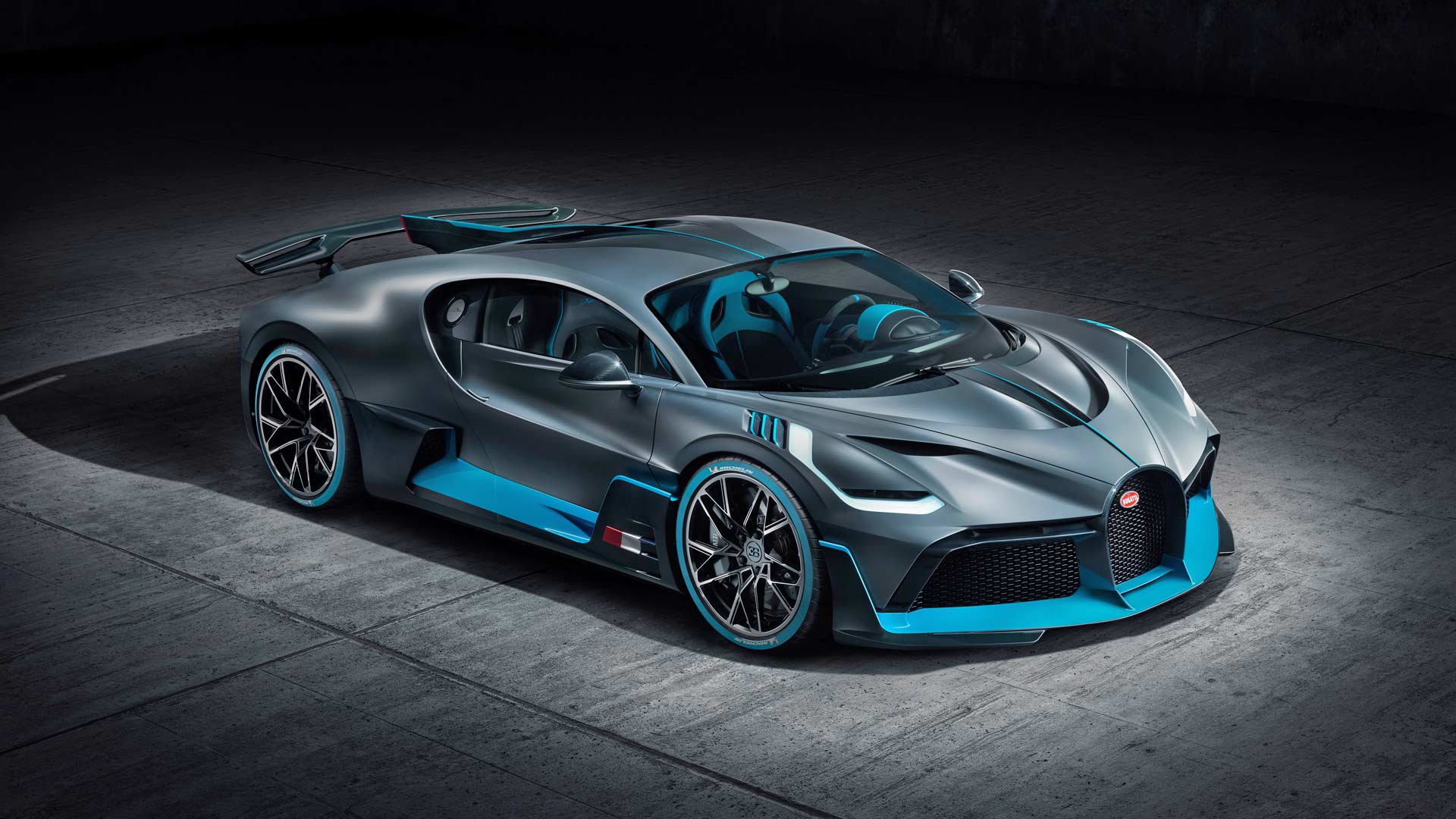 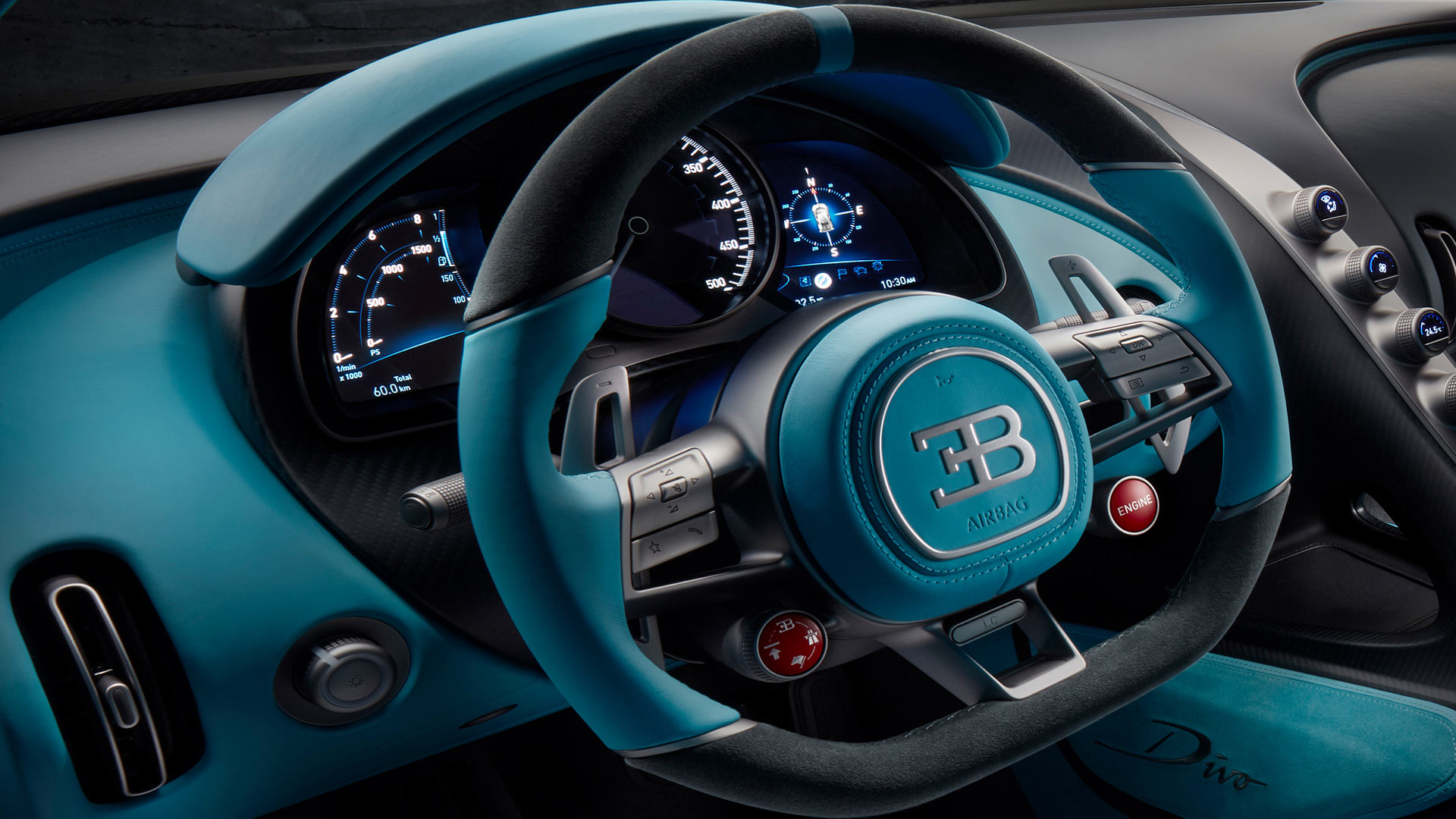 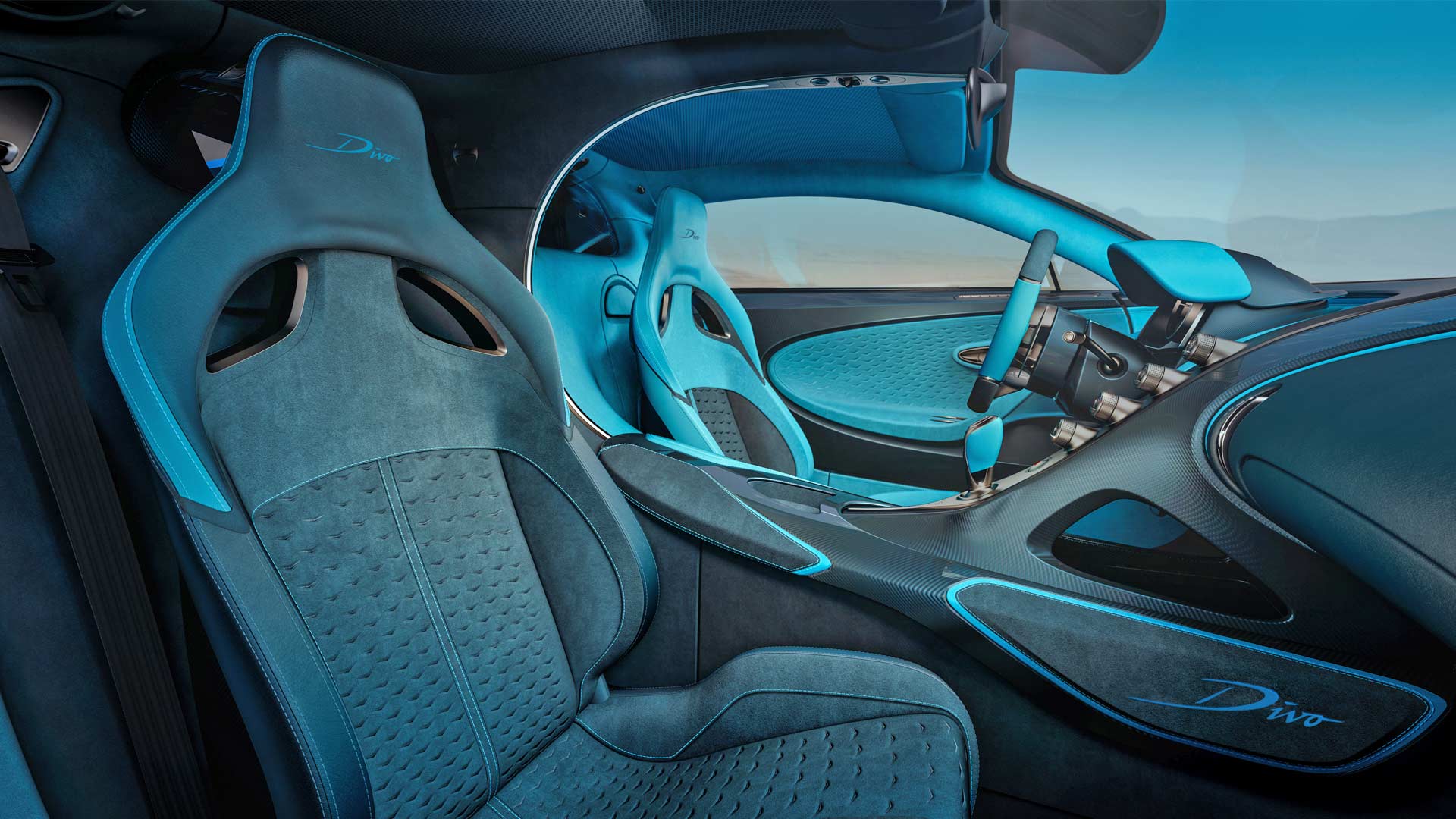 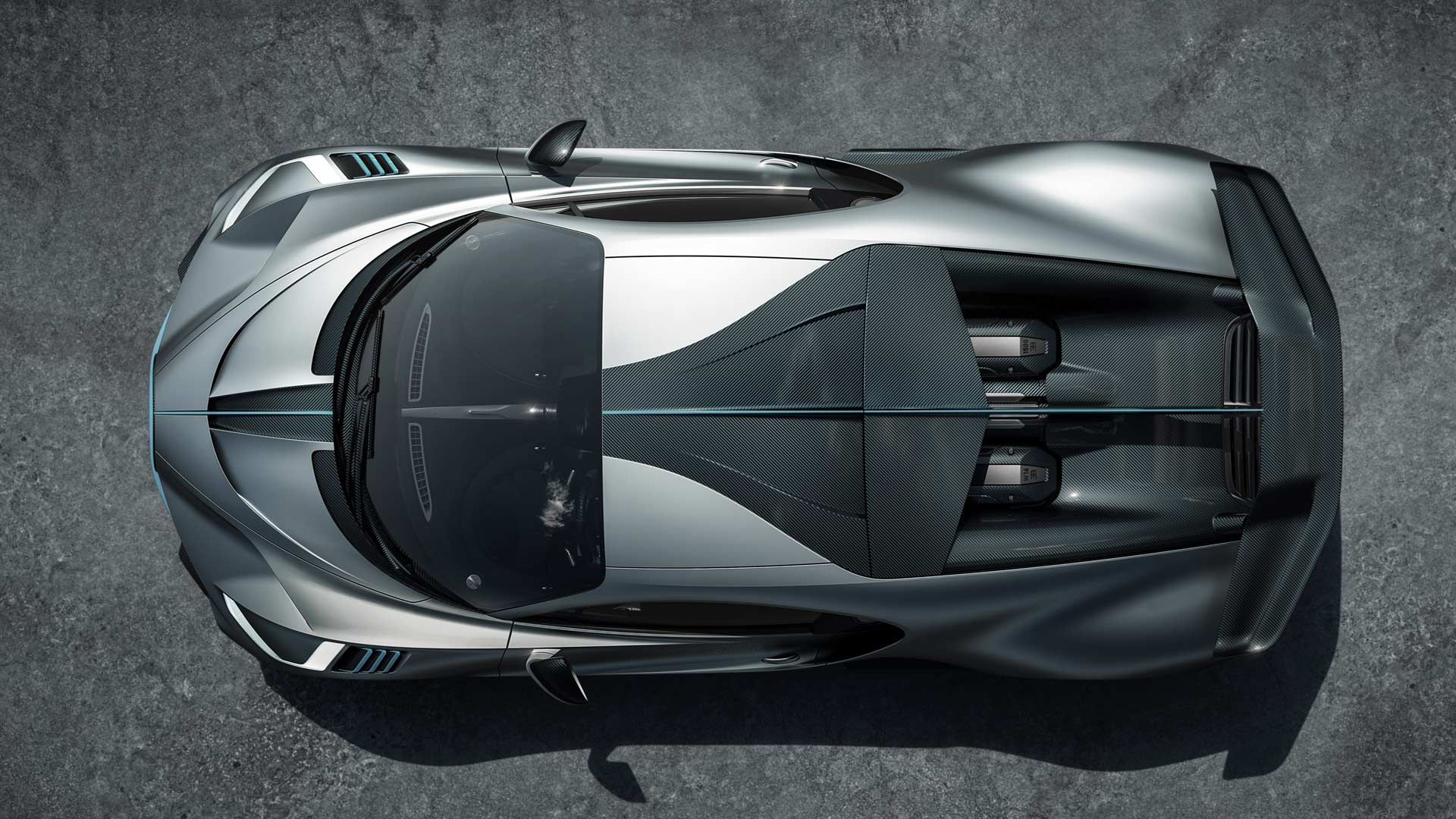 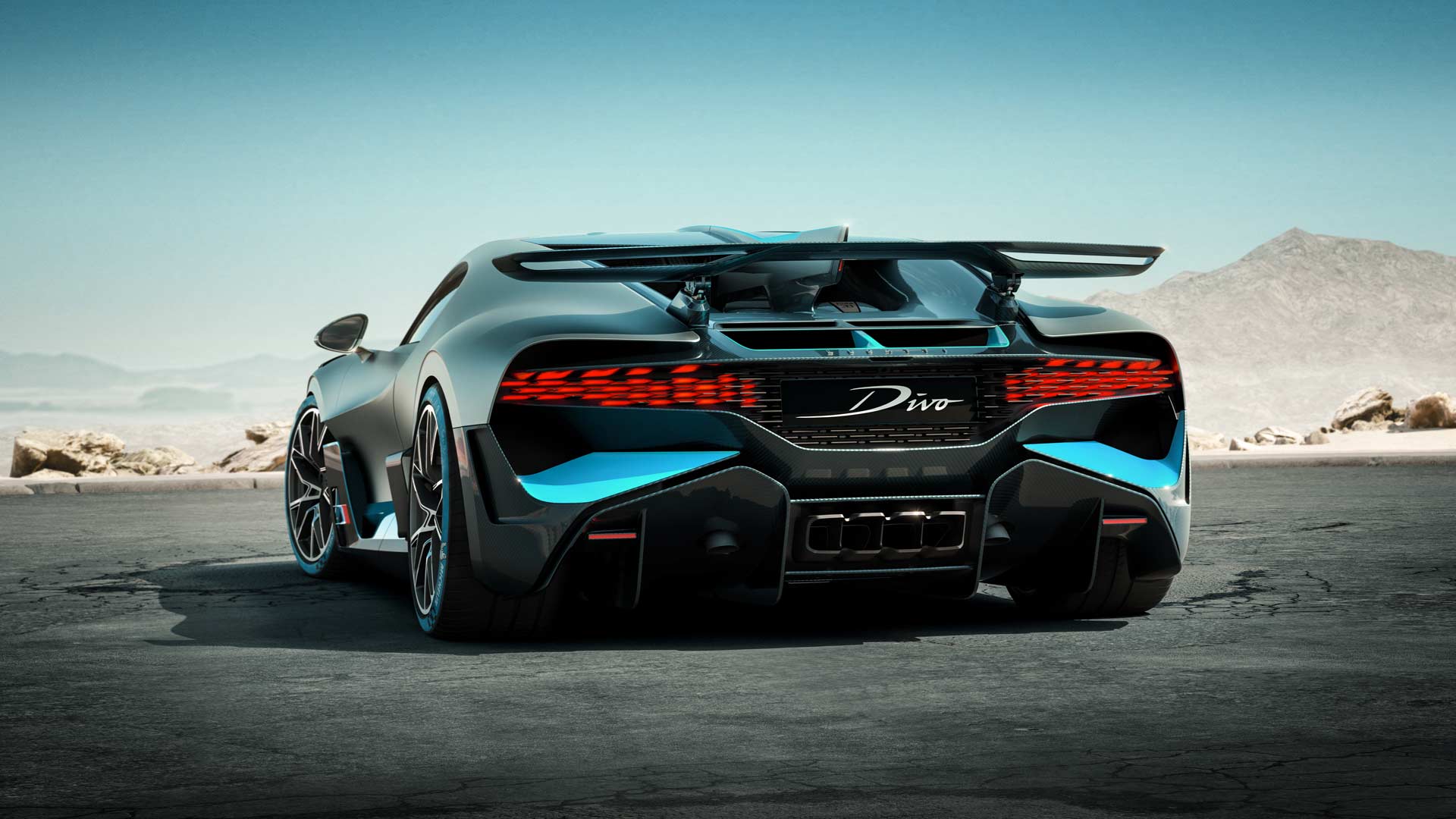 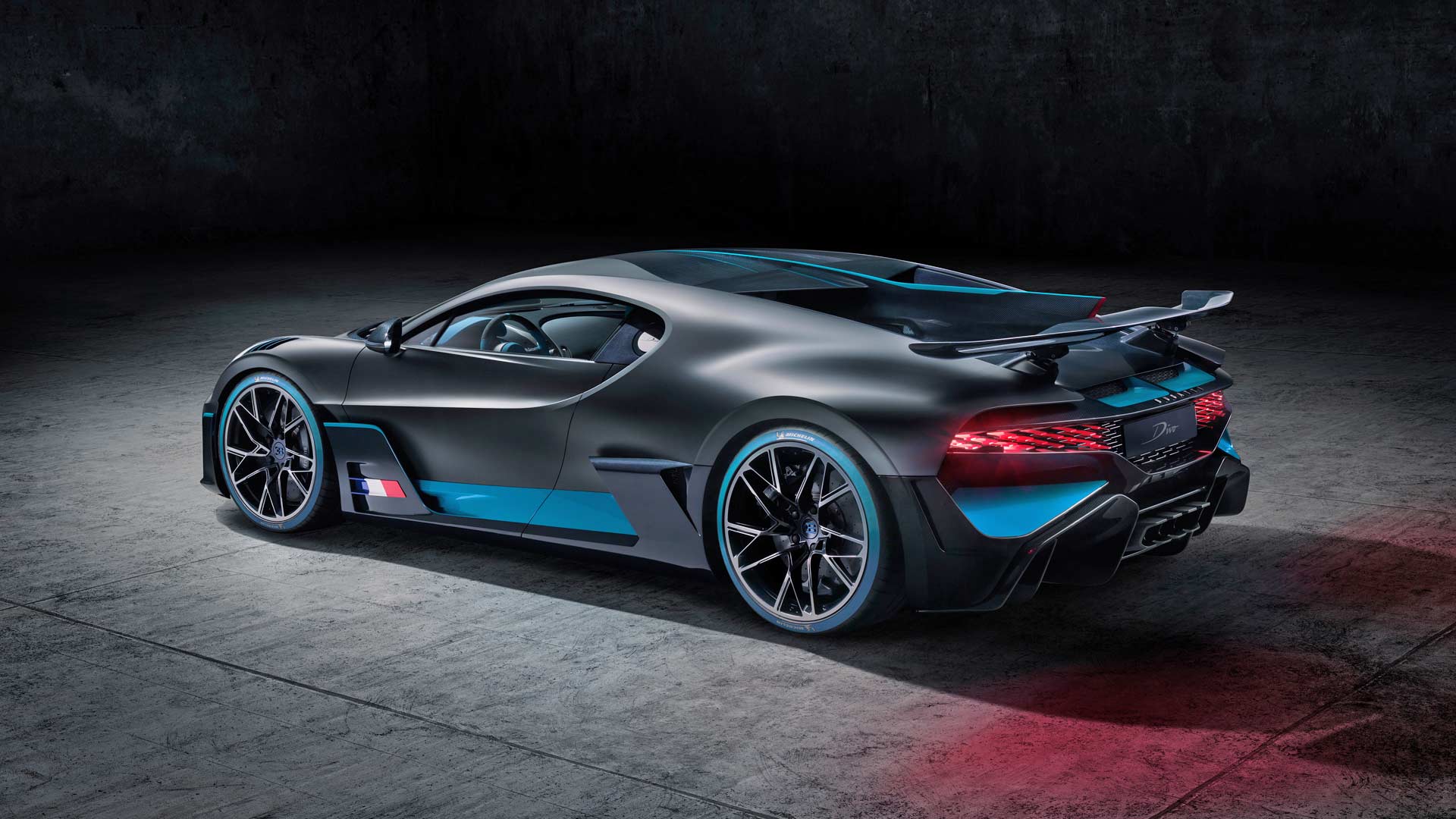