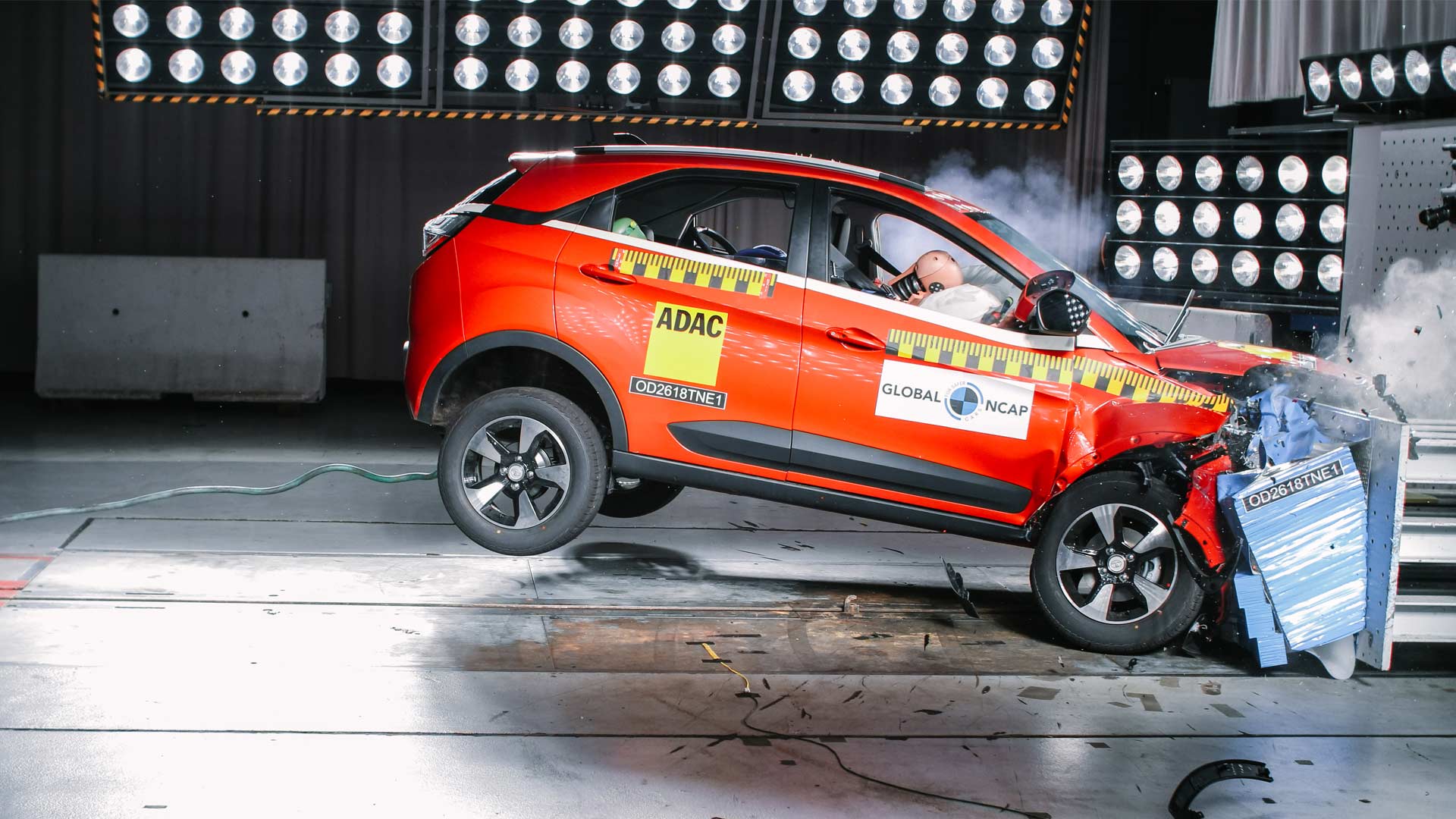 The Tata Nexon is bringing more good times for the company besides leading the sales numbers. The compact SUV has secured 4 stars in Global NCAP’s #SaferCarsForIndia crash test results.

The crash tests were conducted at 64 km/h, and the bodyshell was rated as stable and it was capable of withstanding further loadings.

Child Occupant
As for the Child Occupant, the report said that the child seat for a 3 year old CRS was installed FWF with ISOFIX and top tether and was able to prevent excessive forward movement during the impact with good protection for the head while marginal protection to the chest.

The 18 months old CRS was installed with ISOFIX and support leg RWF and it showed good protection for head and chest. The installation instructions on both child seats were not permanently attached to the seat, the report added. More here.

David Ward, Secretary General of Global NCAP said – “The 4 stars awarded to the Tata Nexon represent a very strong result from a major Indian car manufacturer. This impressive safety performance is comfortably above the new crash test standards applied in India to new models since October 2017. It is very encouraging to see Tata aiming high for safety and a great example for others to follow. The race is clearly on for India’s first 5 star car!”

In May this year, Tata Motors introduced the AMT variant of Nexon.