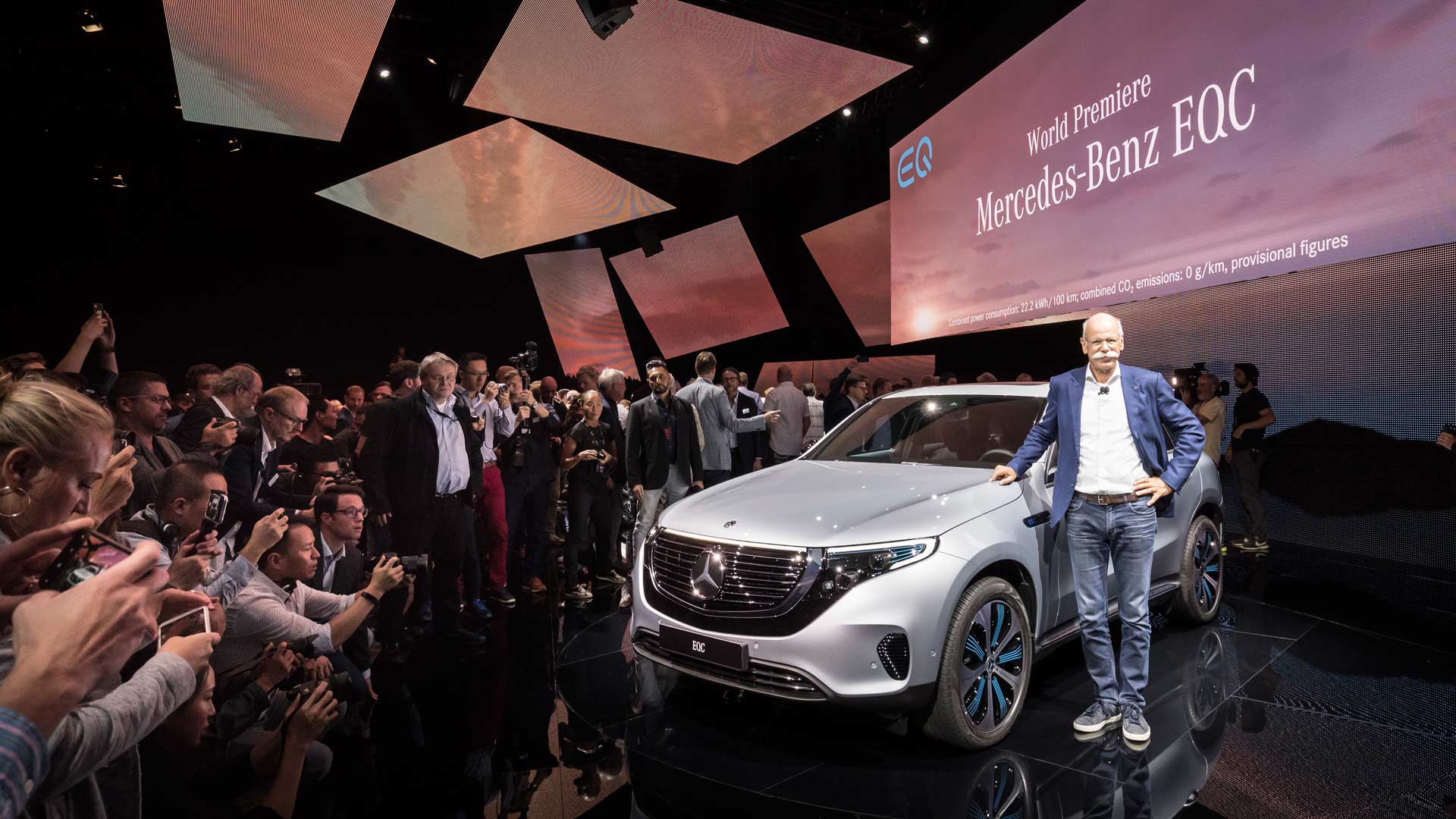 The first fully electric vehicle to carry a three-pointed star – the EQC – has made its world premiere in Stockholm, Sweden. This is the production model of the EQ concept that was unveiled at the 2016 Paris Motor Show.

The EQC marks a new chapter for Mercedes-Benz as the company plans to invest more than €10 billion towards the development of new models under the ‘EQ’ brand. Speaking of which, the ‘EQ’ stands for Electric Intelligence which according to the company, is also derived from “Emotion” and “Intelligence”.

As for the design, the face has a black panel which creates an illusion of enclosing the grille and the Multibeam LED headlights. The top of the grille has an optical fibre which connects the torch-like DRLs. At the rear, the sloping roofline is finished off by a low roof spoiler. The charging flap is integrated flush with the rear right side wall. The narrow taillights are connected by a light band that mimics the front. Mercedes said that the roof rails have been omitted to further enhance the aerodynamics.

Rounding off the exterior looks are aerodynamically enhanced light-alloy wheels, with sizes ranging from 19- to 21-inches. Unlike the exterior, the differences in the interior are subtle. However, there are EQ-specific design touches, such as the key-shaped air vents which are finished in rose gold. The Mercedes-Benz User Experience or ‘MBUX’ for short, which made its debut in the new A-Class, is present here too (2 x 10.25-inch as standard). 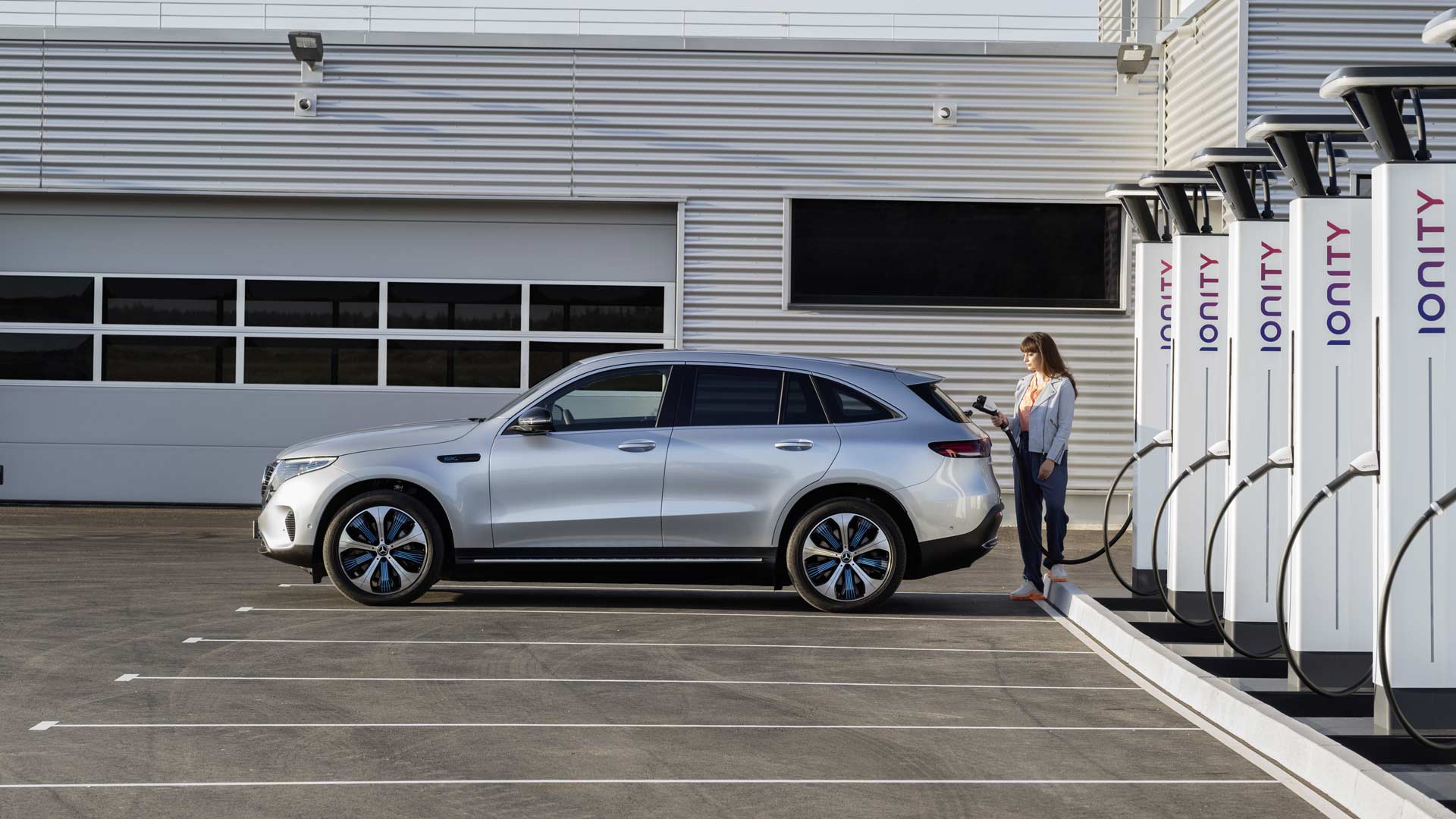 The neatly integrated 80 kWh lithium-ion battery pack is good for a range of over 450 km (279 mi) as per NEDC. The battery pack in the vehicle floor consists of 384 cells in total, with a modular design. As for the charging times, up to 80% charge can be achieved in about 40 minutes, apparently, depending on the available infrastructure and so on.

The EQC also offers manual selection of braking recuperation where the D – – (minus minus) mode according to the company, is almost a one-pedal driving experience.

The batteries are produced by Daimler’s wholly-owned subsidiary Deutsche Accumotive in Germany. The battery pack weighs around 650 kg (1,433 lbs).

Safety
As for the safety equipment, the Active Distance Assist Distronic, rescue lane function, Pre-Safe preventive occupant protection, Pre-Safe Plus and the Active Brake Assist in the Driving Assistance package form the active safety features. Passive safety includes cut-off facilities in an event of a crash, multi-stage protection for the battery, and belts and airbags.

Production is set to begin in 2019 at the Mercedes‑Benz plant in Bremen. 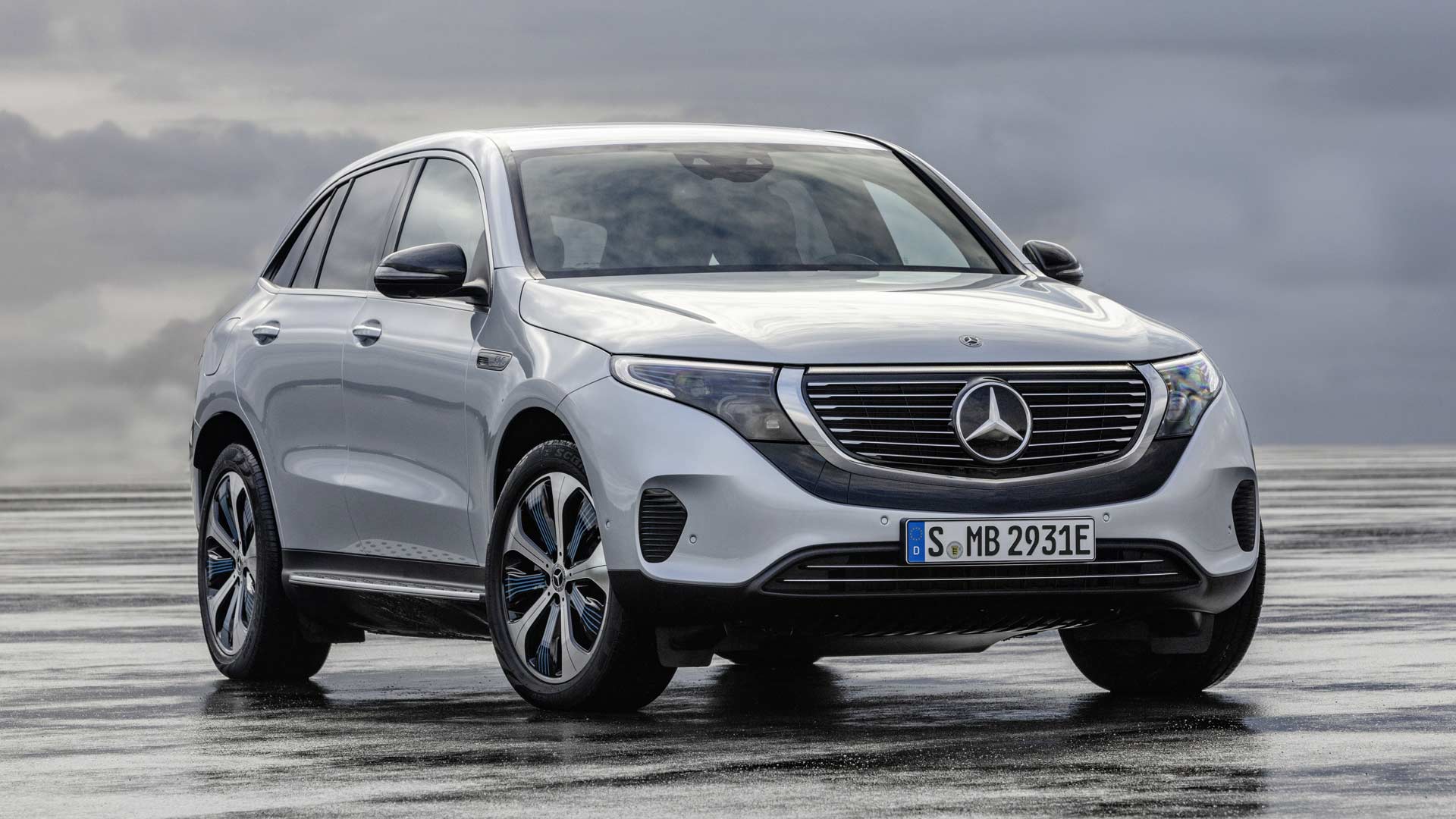 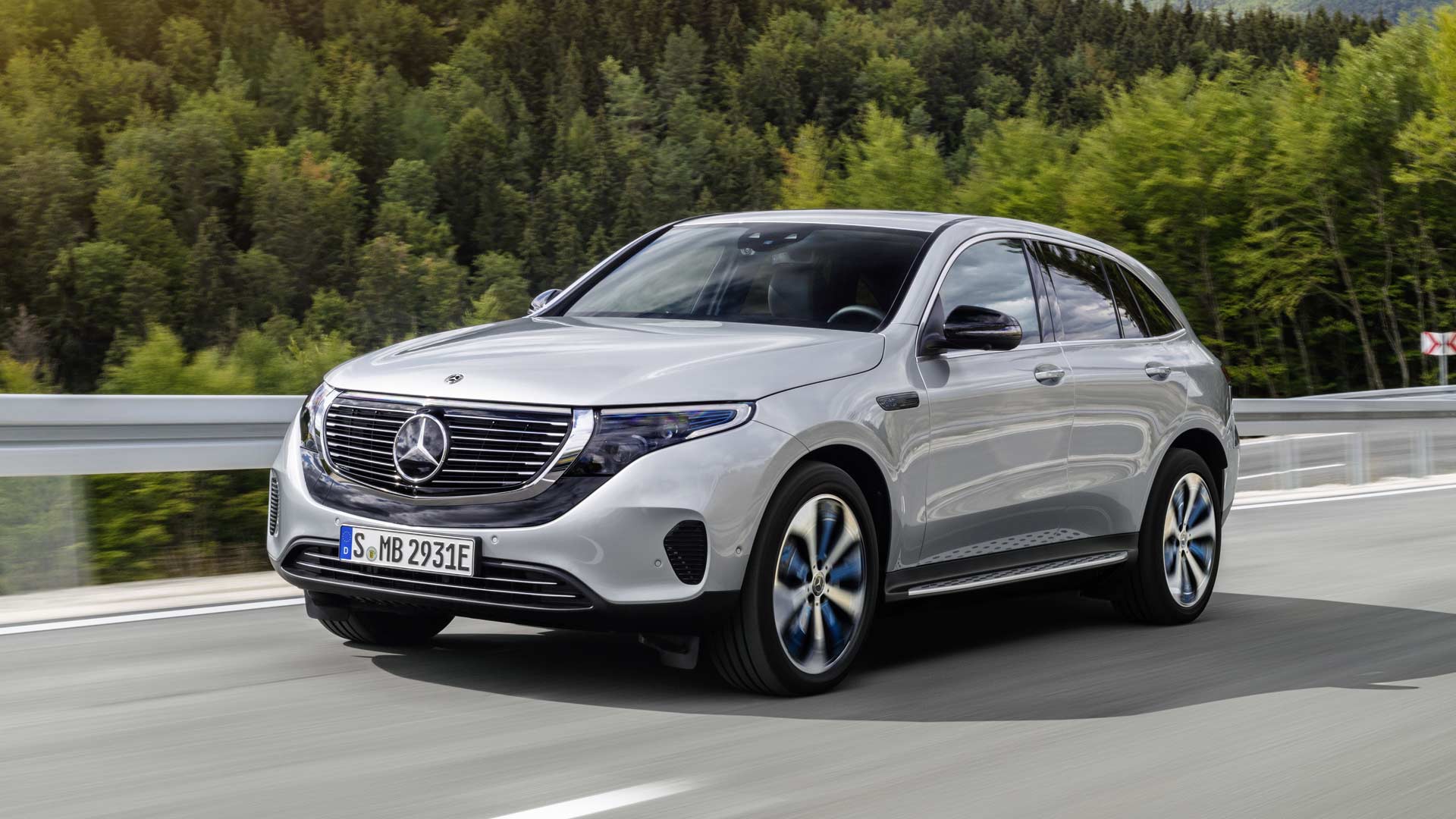 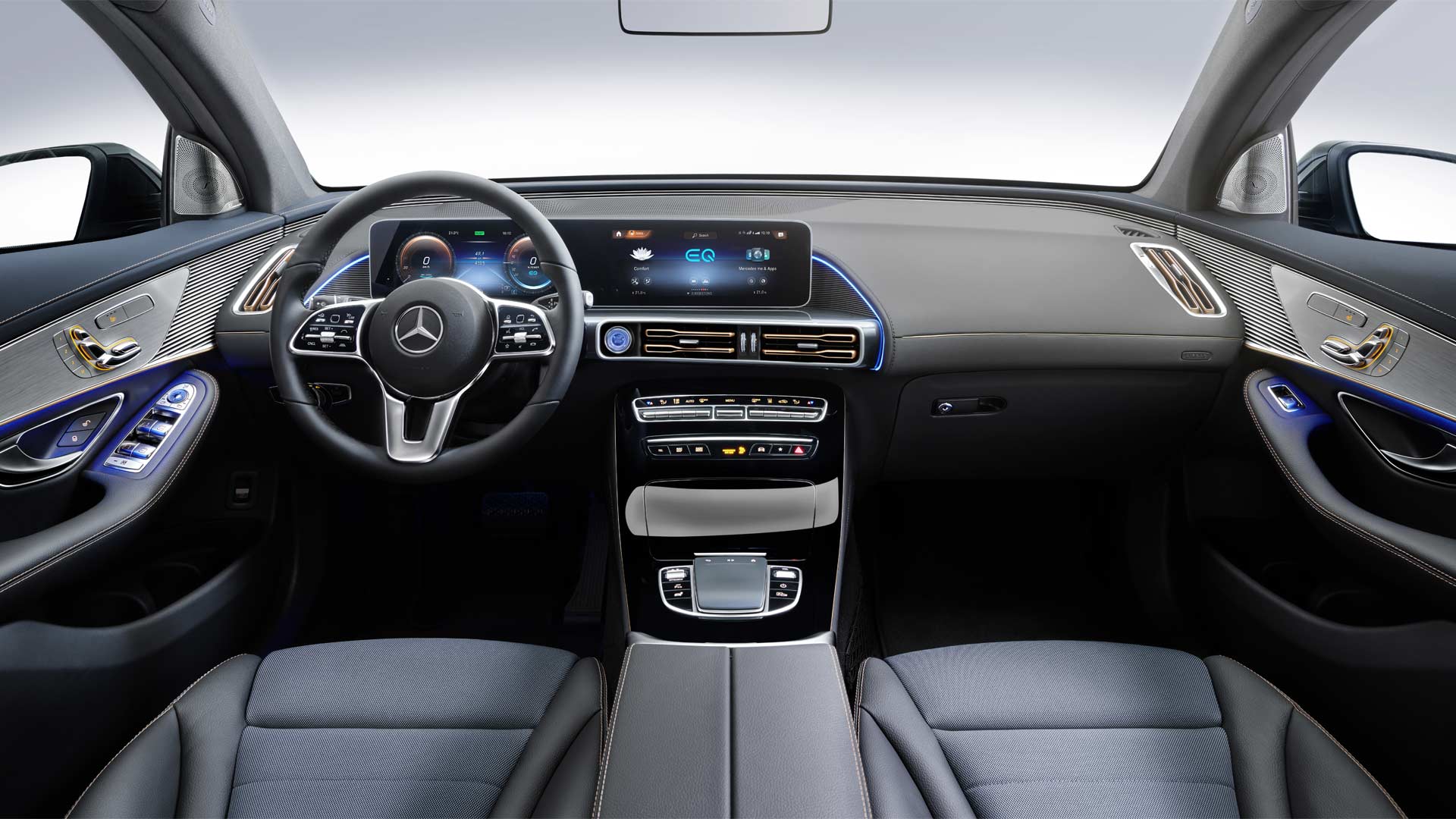 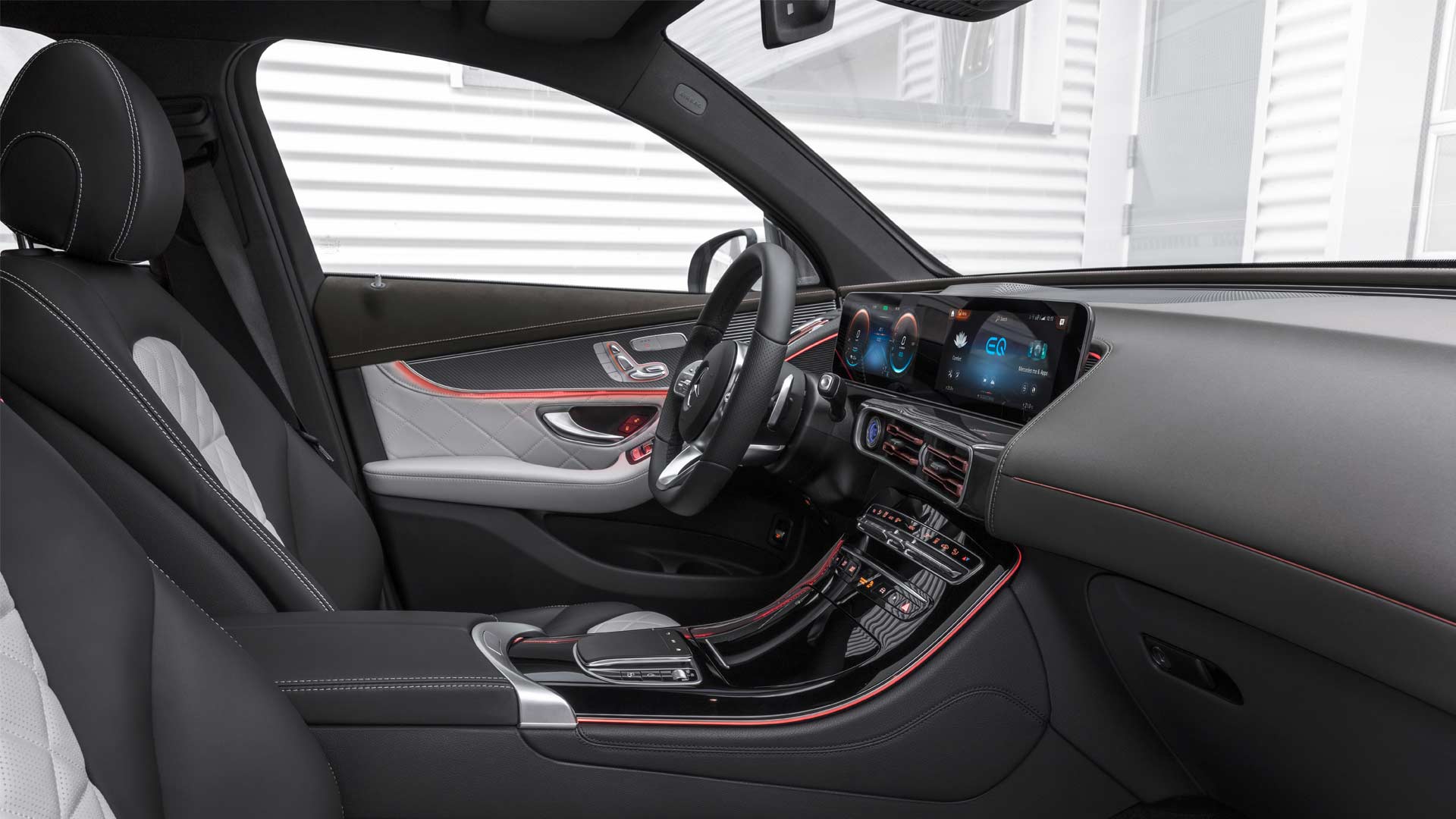 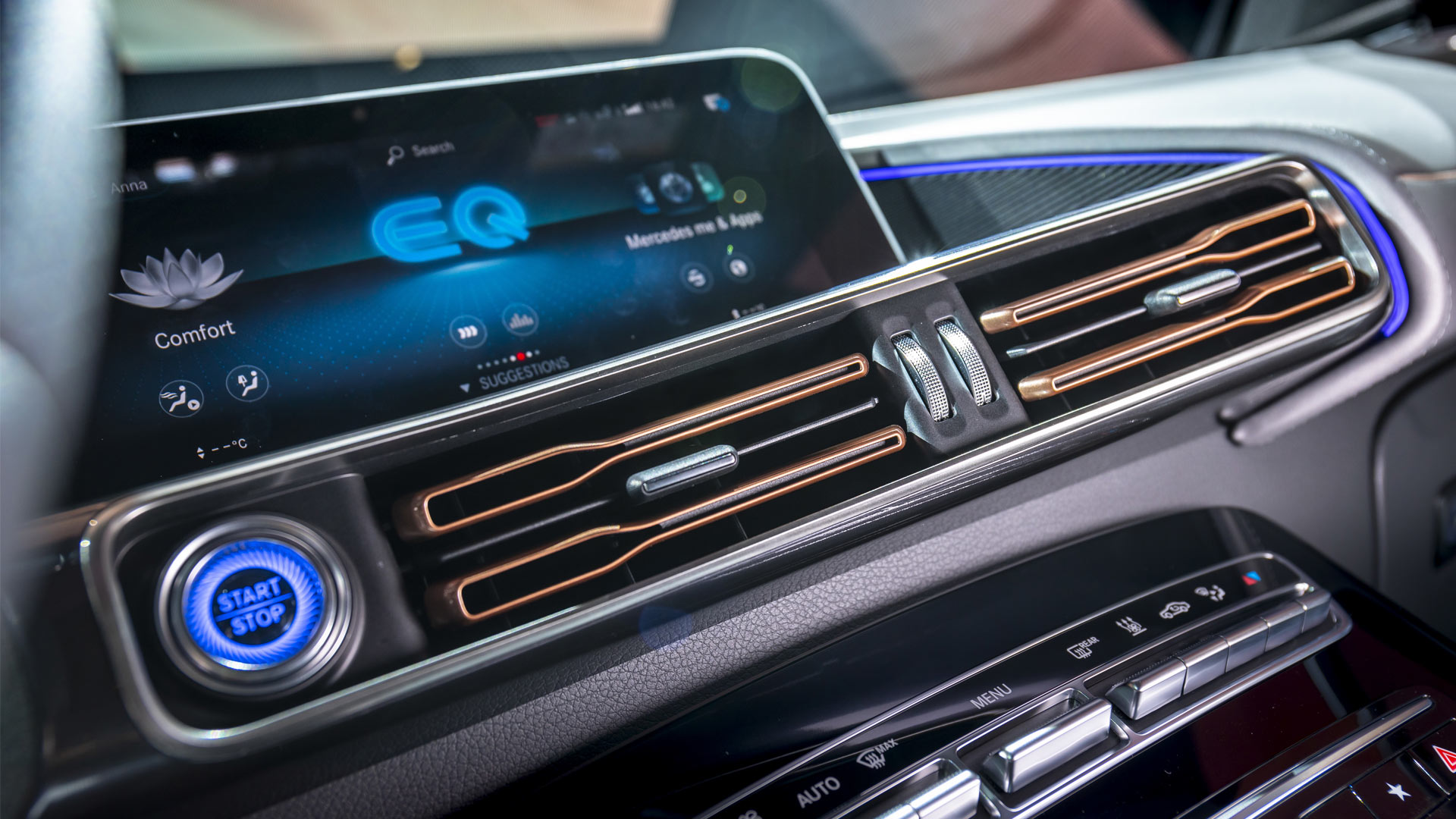 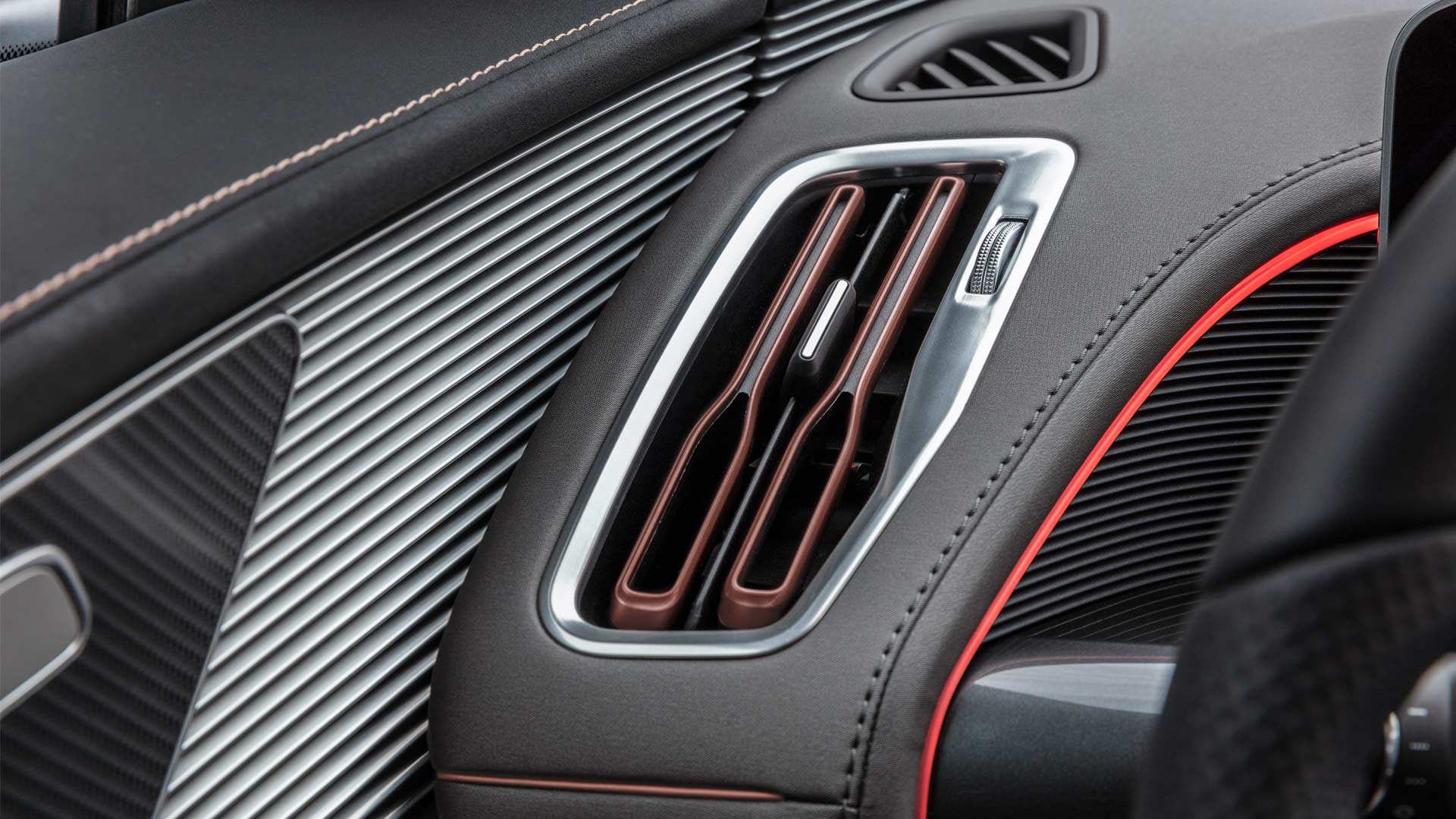 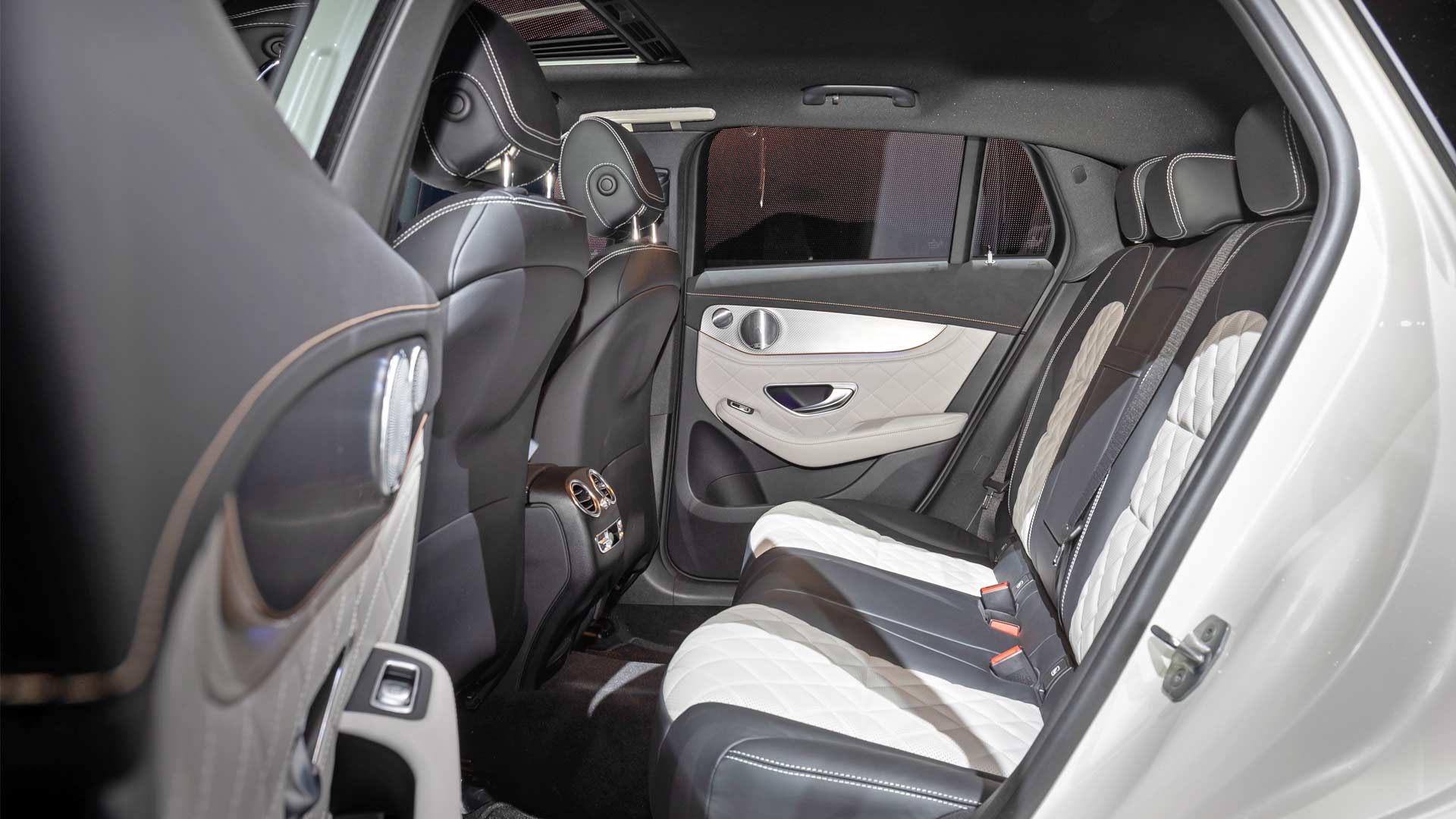 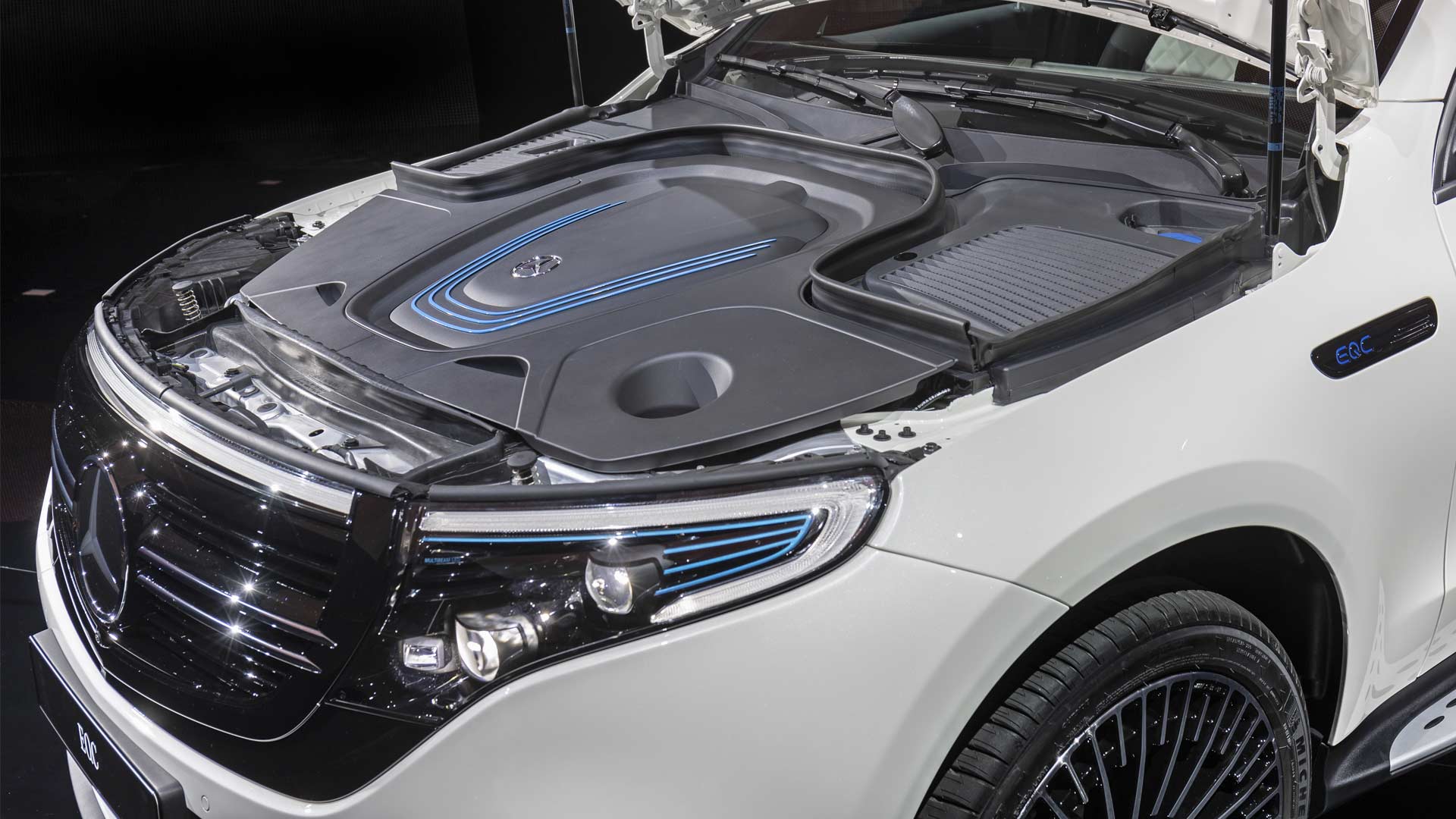 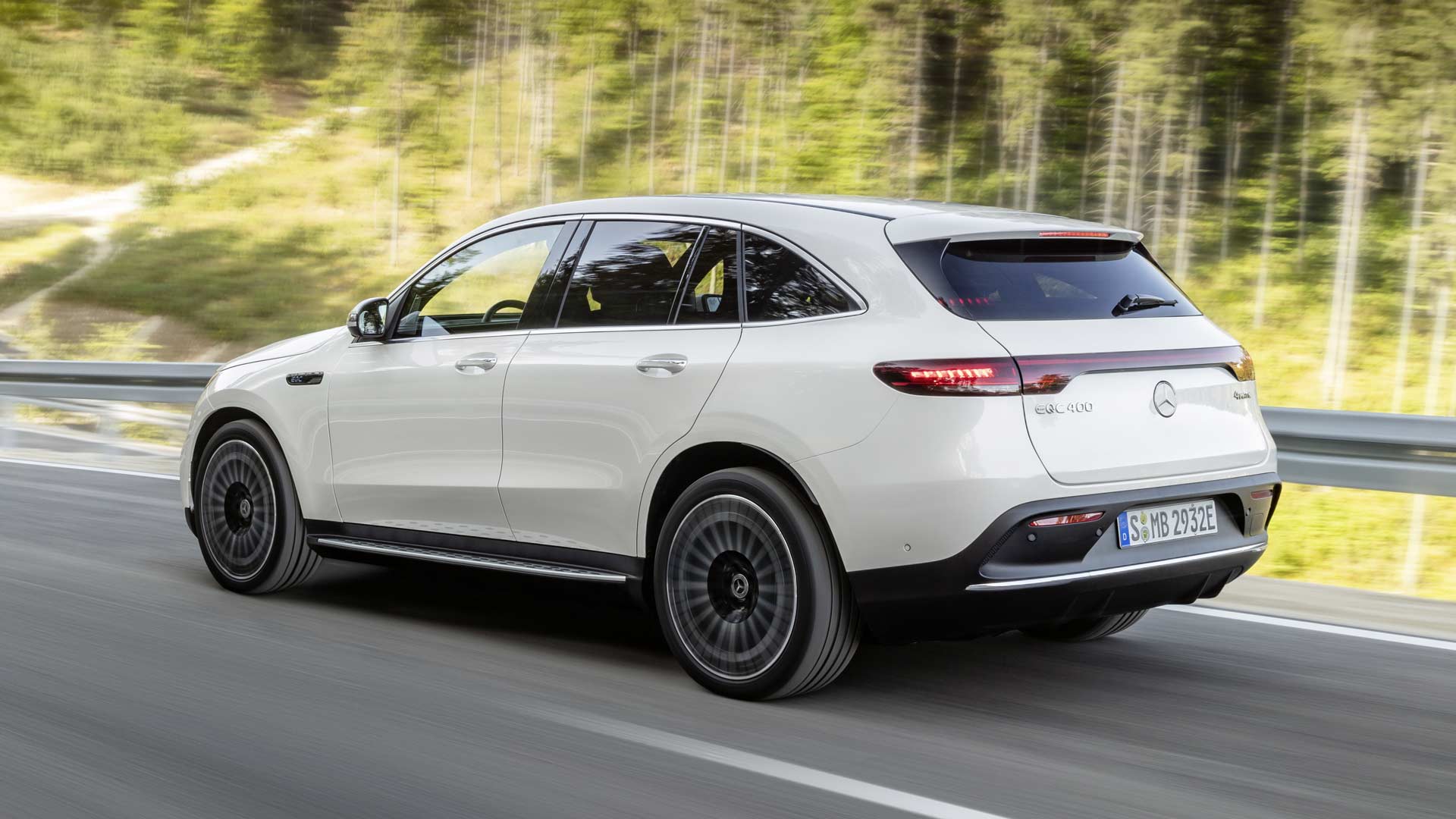