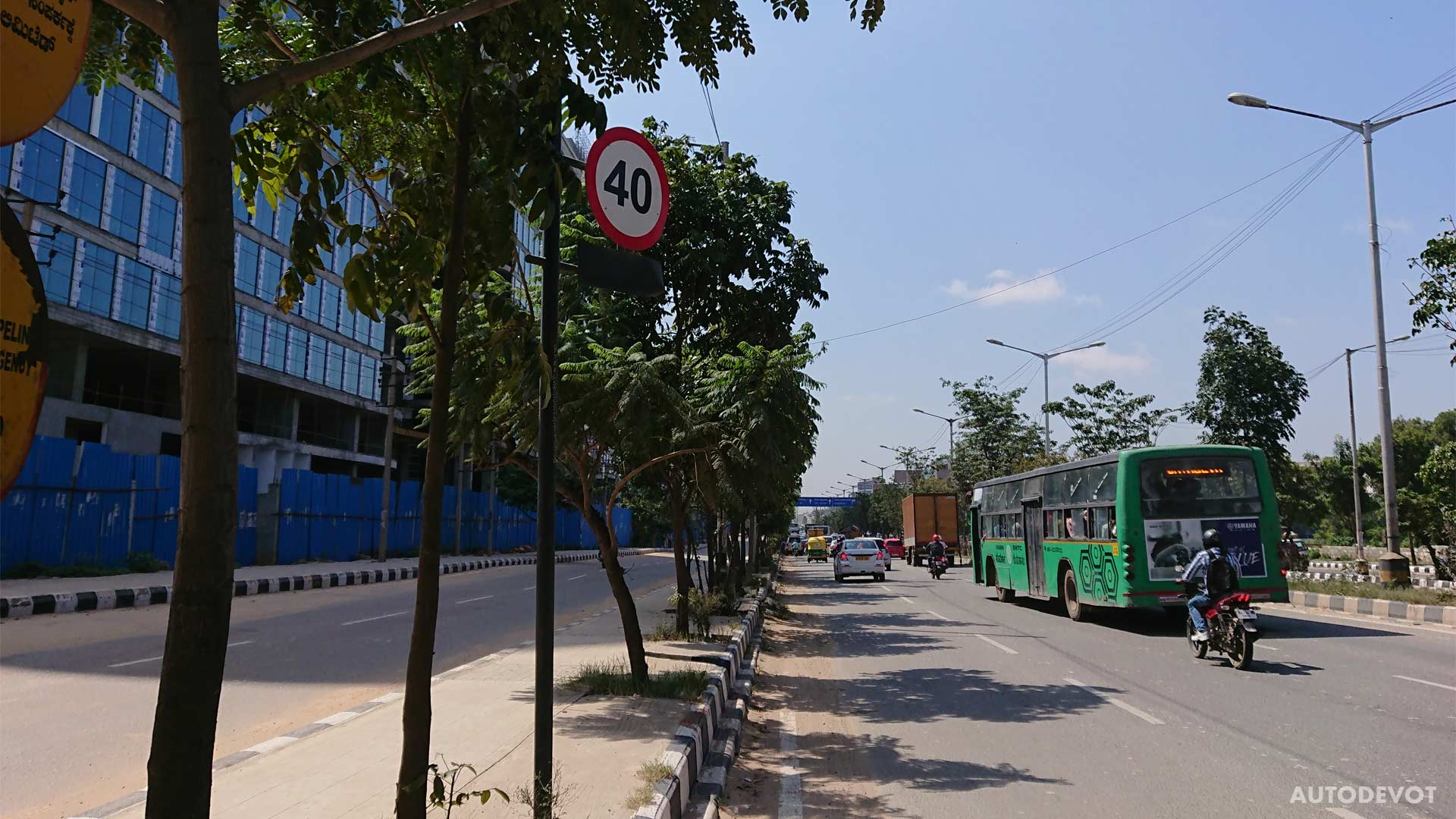 Besides the obvious legal reasons, there are other reasons why you shouldn’t “floor it” in the city even if you have an empty stretch ahead of you. Let’s get right down to it then. Although all of these are significant threats on the road, I’d like to list them in reverse order.

6. The Ghosts
These “Ghosts” I’m referring to, can be witnessed not only at night but also during the day time. They appear out of nowhere. Let me explain. Imagine you’re approaching a gas station and there is a large vehicle (Bus/Truck) in front of you creating a blind spot. If you’re not paying attention and slow down even more, you could end up ramming into a careless biker who casually crosses to the other side of the road like it’s nobody’s business. They don’t stop-look-and-go. It’s even more dangerous if you’re on an unfamiliar road and unaware that there is a gas station ahead of you.

Another example. You’re driving on a road with office spaces, and a douche exits the building without stopping/slowing down at the gate and merges into the traffic. What happens? Well, if you’re on a car, you’ll panic brake creating a mess behind, and if you’re on a two-wheeler, you’ll most likely skid and tip over. Which is what happened to me about 5 years ago. Thankfully, I was able to pick up the scooter and reach a hospital near my home, all by myself. I couldn’t ride a two-wheeler for about a month. When there are no street lights, always watch out for ghosts lurking on the other side of the road

A third example. You’ll find these ghosts on the other side of the road, usually where the median cuts off. Extremely dangerous at night. One biker was standing without headlights, waiting to cross the road. He was fast approaching and I only noticed him when he was too close. Ghosts in the tree-lined medians can be dangerous at night

5. Median Ghosts
This one is pretty easy to explain, and one of the main reasons why you should never go over 40. These ghosts are too lazy to walk up to a crosswalk or to a place where the median cuts off. They hide in these median trees doing peek-a-boo. If you spot them from a distance, you’re safe. If you spot them too close, you’ll panic brake and probably sh*t your pants too. Always watch out for them and don’t drive too close to the median. 4. Nails
This one can give you nightmares and you should always watch out for them. These random nails on the road can range anywhere between 2 cm to a size of a middle finger. Sometimes a single nail, sometimes a pile. I’ve seen large bolts too. Seriously, where the F do they come from?!

3. Unexpected Potholes
Which brings us to the notorious one. They’ve taken lives, damaged vehicles, broken backbones and whatnot. You might not find these unexpected potholes on your usual routes such as your work, a friend’s place or your favorite shopping mall, but when you venture into a new, unfamiliar road. Waterlogged roads can be dangerous as they hide the potholes

They’re particularly dangerous during rains as they become totally invisible. Familiar or unfamiliar road, it is always sensible to keep the speed in check.

2. The wrong siders
These impatient m’fkers enter the wrong side of the road usually at traffic signals. If you’re not watching or get distracted momentarily, you might end up ramming into these. Extremely dangerous if the road has a curve, and when you unexpectedly see a vehicle in front of you which is on the wrong side, with an annoyed WTF look on your face, they’ll give you a shameless smile. Totally shameless.

As I continue writing this for the second day, I saw a biker carrying a huge water can on the fuel tank, riding on the wrong side of a busy freeway. Seriously dude? WTF were you thinking?!

One ridiculous practice you might have seen too among these wrong siders is that they turn on the high beam of the headlight while they ride on the wrong side thinking that if they do so, they’re “alerting” the oncoming traffic, but in reality, they’re totally blinding them. Dear license issuers, do take a note!

I’ve been seeing the delivery men of a food delivery firm take the wrong side lately. Is that their recipe for “fast delivery”? 😉 However, I’m not completely sure if we can always blame the wrong siders because, sometimes, the U-turns to reach their destination is unnecessarily long and burns a significant amount of fuel. 1. The Jaywalkers
The biggest menace in my opinion. While most of the time you can spot them at a safe distance, sometimes they can be “ghosts” too and can appear out of nowhere. Some jaywalkers look at the wrong side while crossing the road, some cross as if it’s nobody’s business. The most annoying ones are those who jaywalk right underneath a bridge which is built to cross a busy road. We can let go of the old ones, but the young ones too? Come on, what did you achieve saving those two minutes?

While it’s a bit more here in India, it’s not an India-exclusive problem. Here’s a story of a self-driving Uber which crashed into a jaywalker in US. For some reason, the cameras, sensors and radars too failed to notice the jaywalker who appeared out of a shadow.

So, there you go. The 6 reasons why you should never go over 40 km/h in urban areas. Some of these are applicable in the rural areas too and you should slow down significantly when you see a village ahead. Or else, this might happen. Bonus threat
Is it just me or these leaning electric poles look like a disaster waiting to happen?