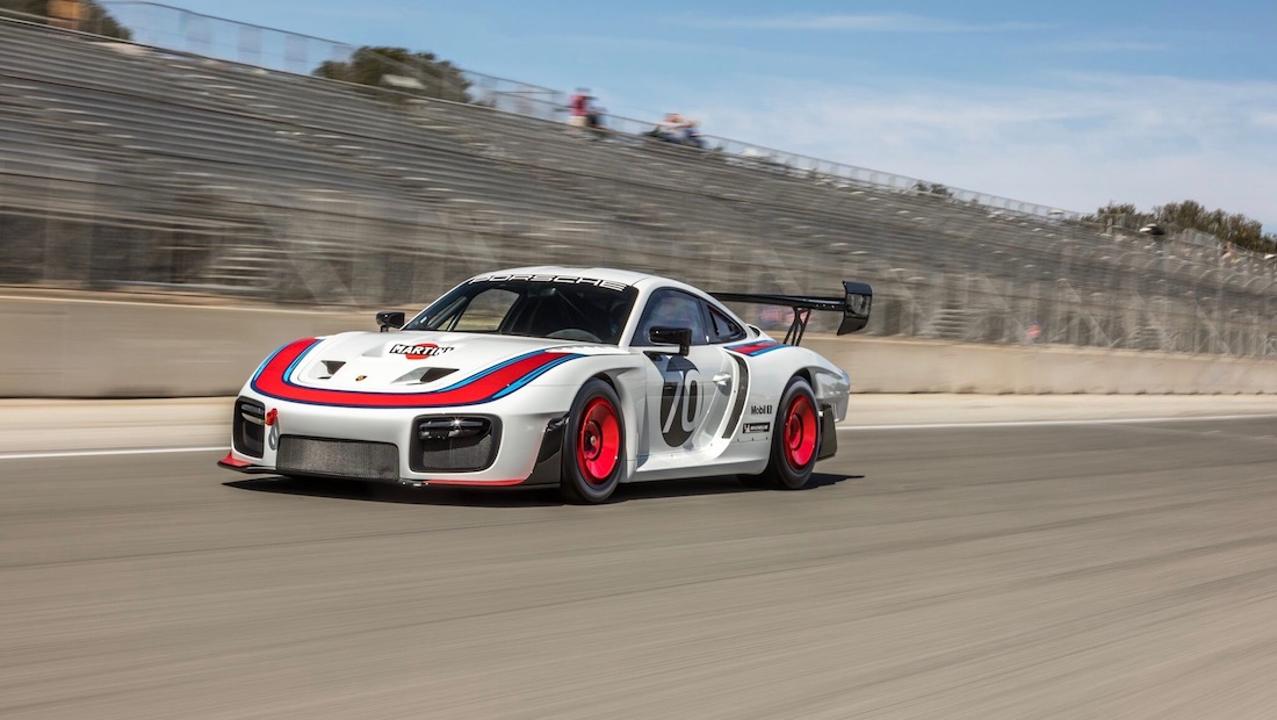 The Porsche 935/78 Le Mans race car which was dubbed as “Moby Dick” due to its elongated shape, massive fairings and white base colour, is coming back to the track. Past (r) and the present 935 at Laguna Seca Raceway

The distinctive wheel arch air vents on the front fairings, which also feature on the new 911 GT3 R customer vehicle, increase downforce at the front axle. The massive rear wing measures 1,909 mm in width and 400 mm in depth.

Many exterior details pay homage to the company’s motor racing history. The aerodynamically capped rims echo those of the 935/78, with the LED rear lights on the rear wing endplates are adopted from the 919 Hybrid LMP1 race car. The side mirrors hail from the current Le Mans-winning 911 RSR, with the exposed titanium tailpipes modelled on the 908 from 1968. The old references are carried through to the cockpit. The knob on the gearshift lever has a laminated wood design that is reminiscent of racers such as the 917, 909 Bergspyder and the Carrera GT sports car. Naturally, the carbon steering wheel and the colour display behind it have been taken from the aforementioned 911 GT3 R.

A full roll cage combined with a racing bucket seat and a six-point safety harness ensure safety. A second seat for the passenger is available as an optional extra. The car also gets air conditioning for driver comfort.

Braking duties are handled by 380 mm steel brake discs with six-piston aluminium monobloc racing calipers on the front axle, and 355 mm discs with four-piston calipers at the rear. Front suspension is a MacPherson strut while the rear is a multi-link, both get 3-way adjustable racing dampers.

Only 77 units are going to be built, each with a price tag of €701,948 plus VAT. “This spectacular car is a birthday present from Porsche Motorsport to fans all over the world,” said Dr Frank-Steffen Walliser, Vice President Motorsport and GT Cars. 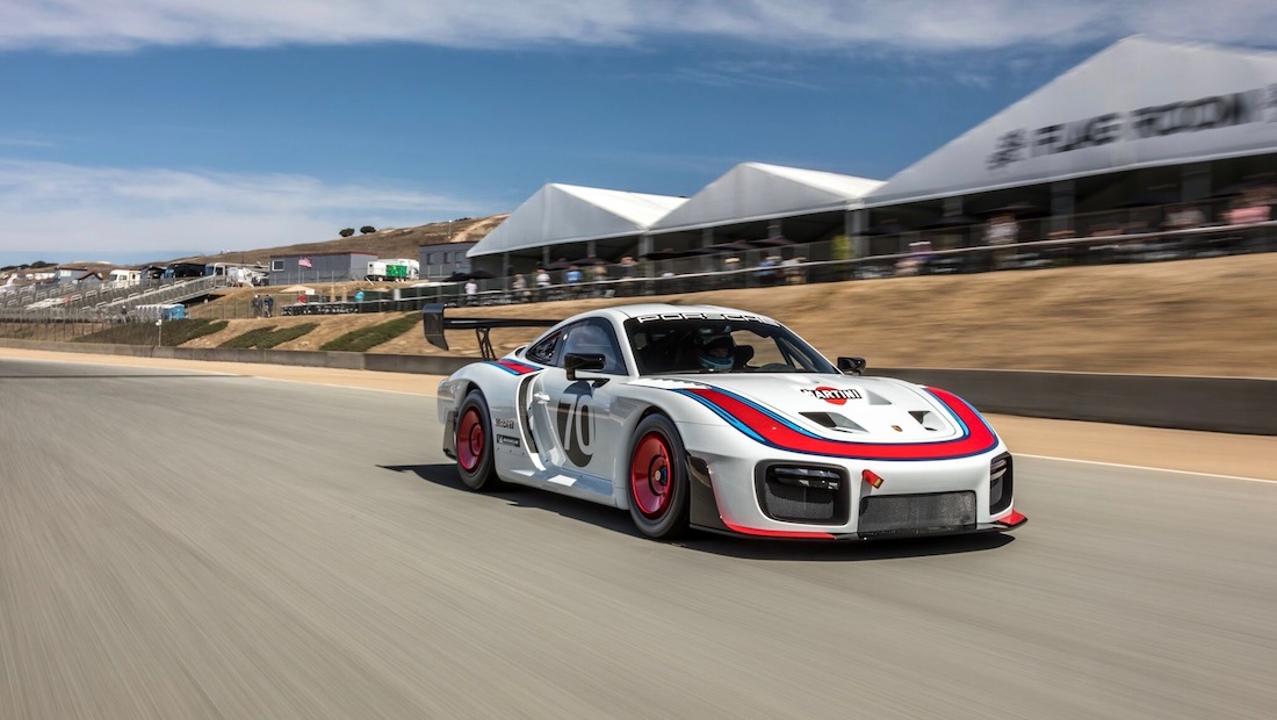 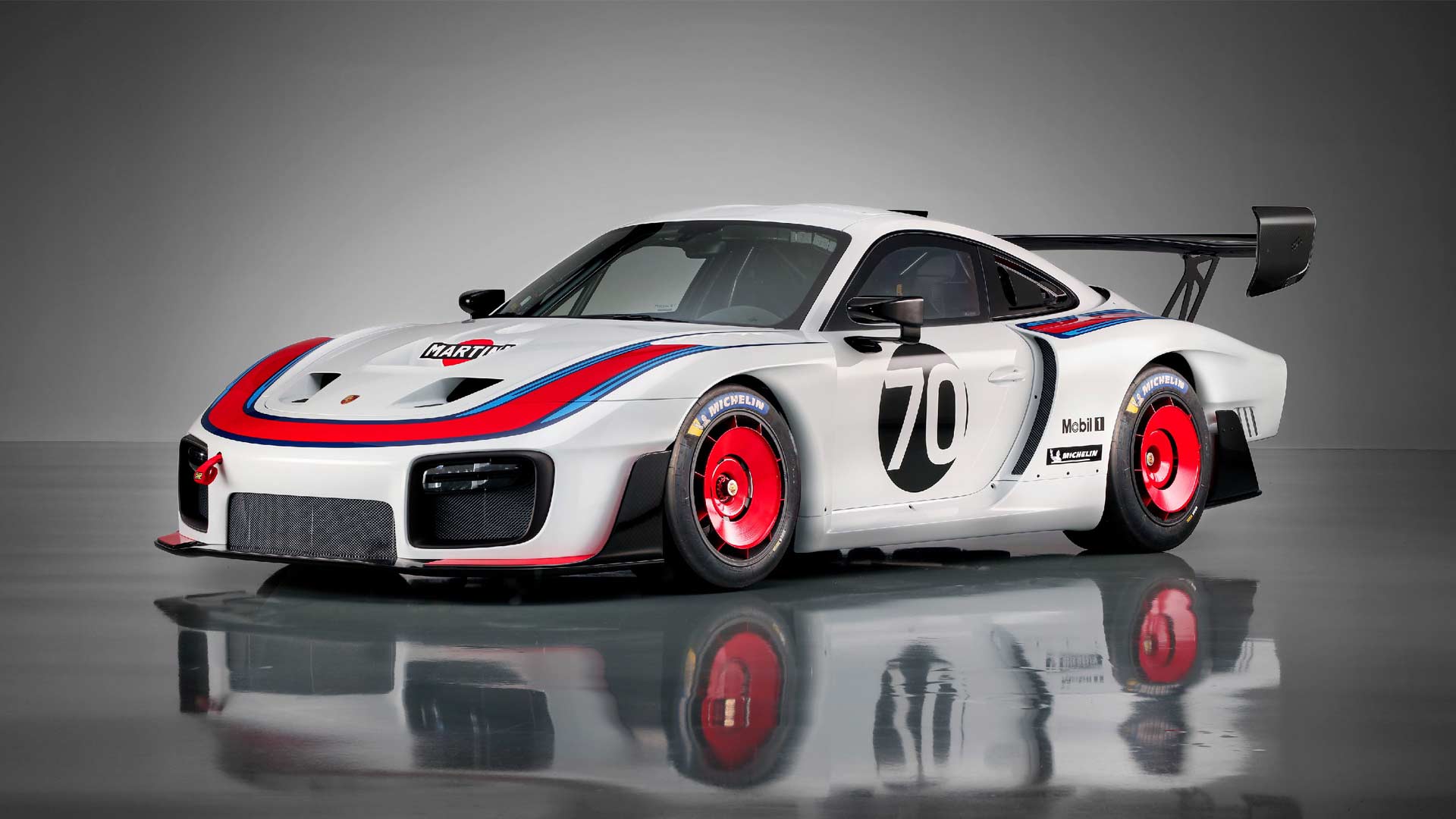 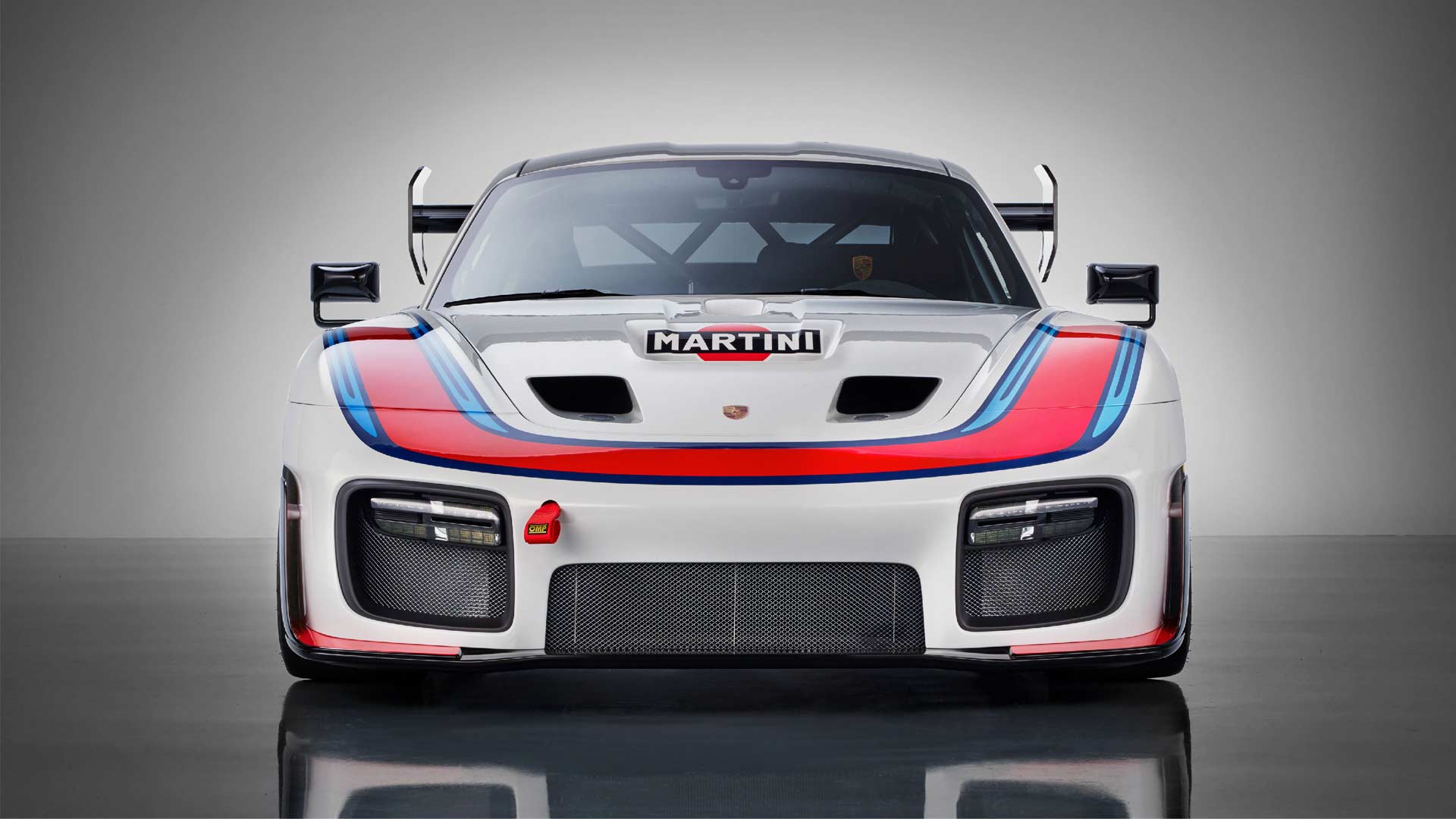 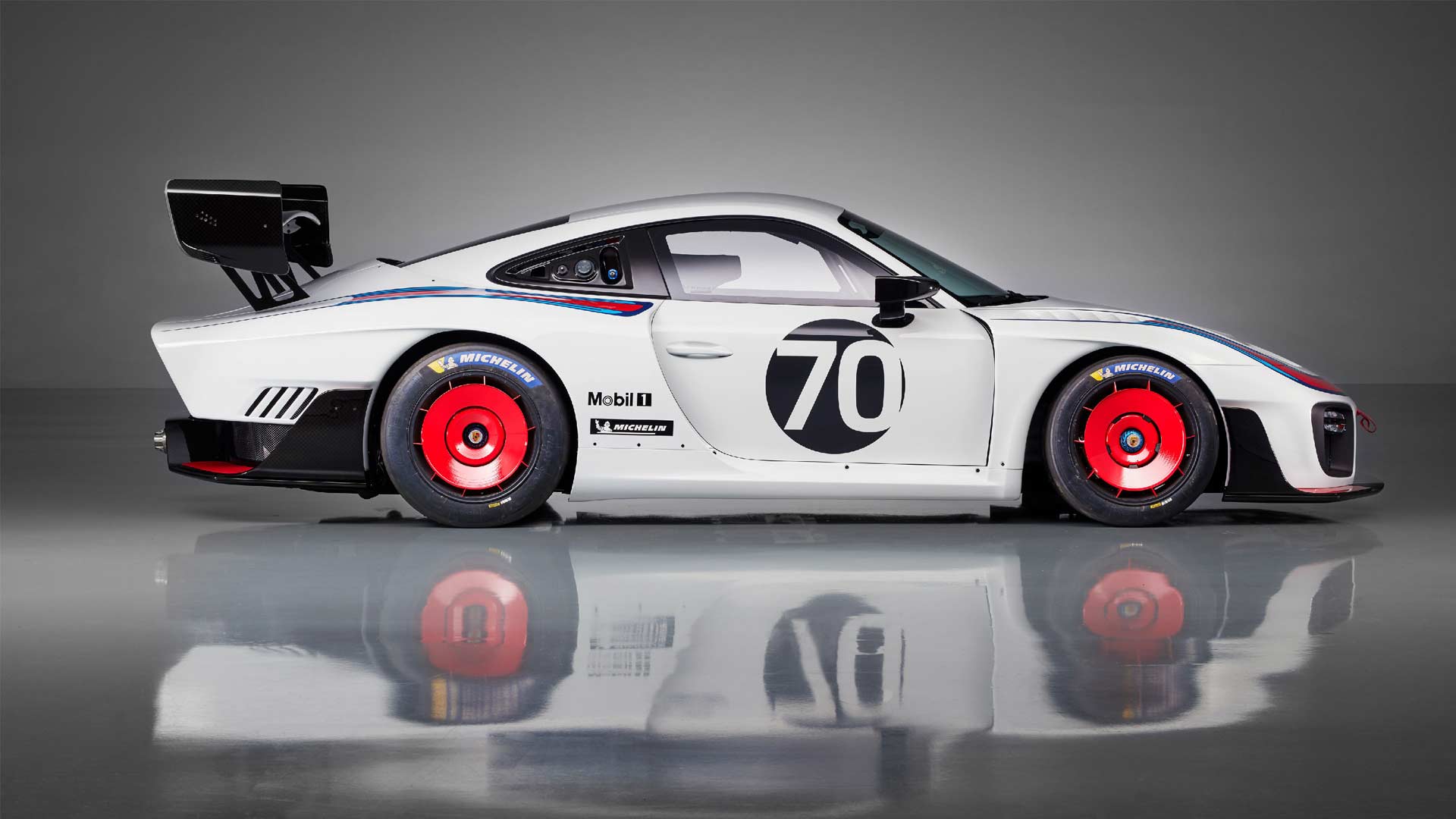 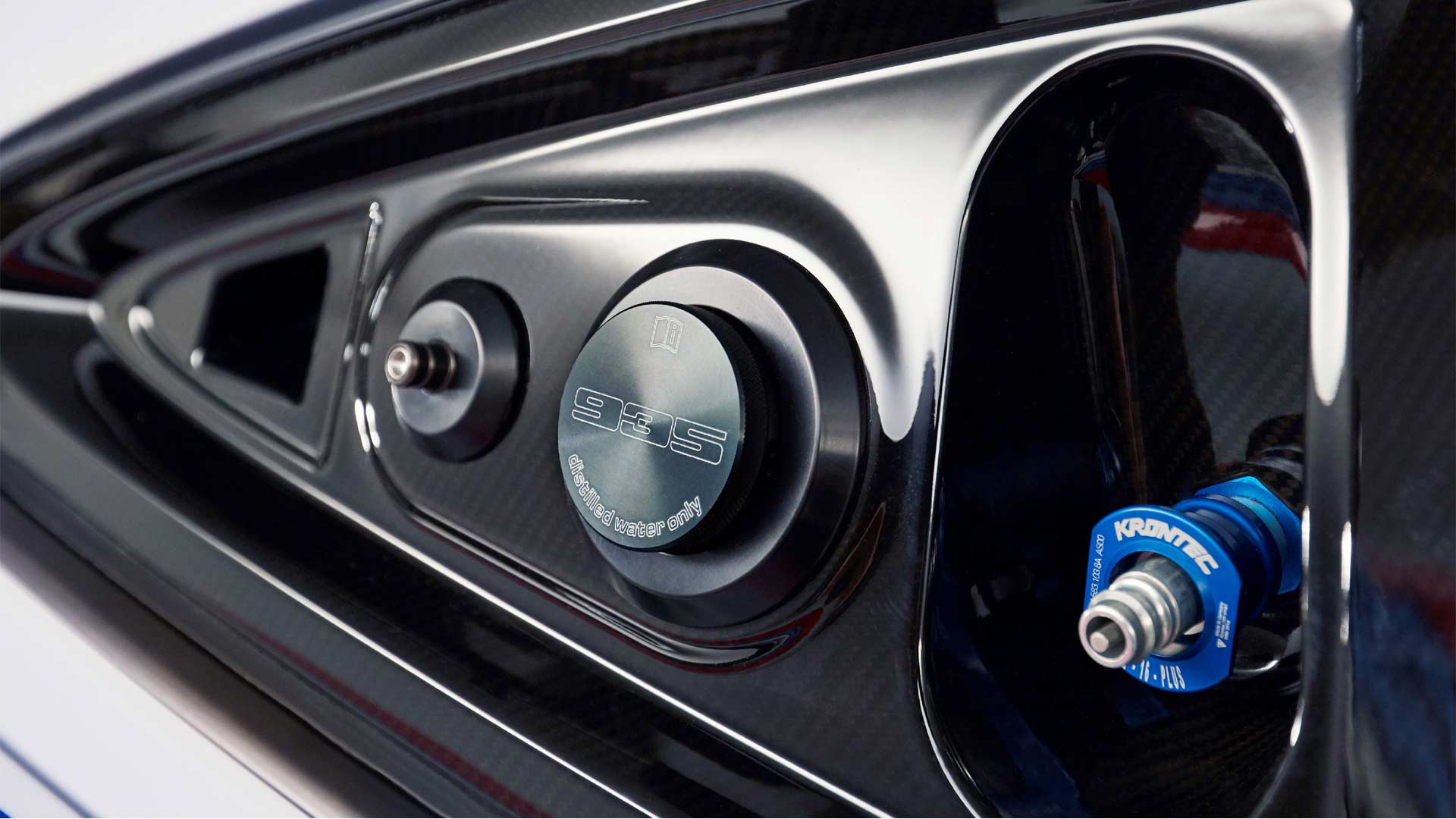 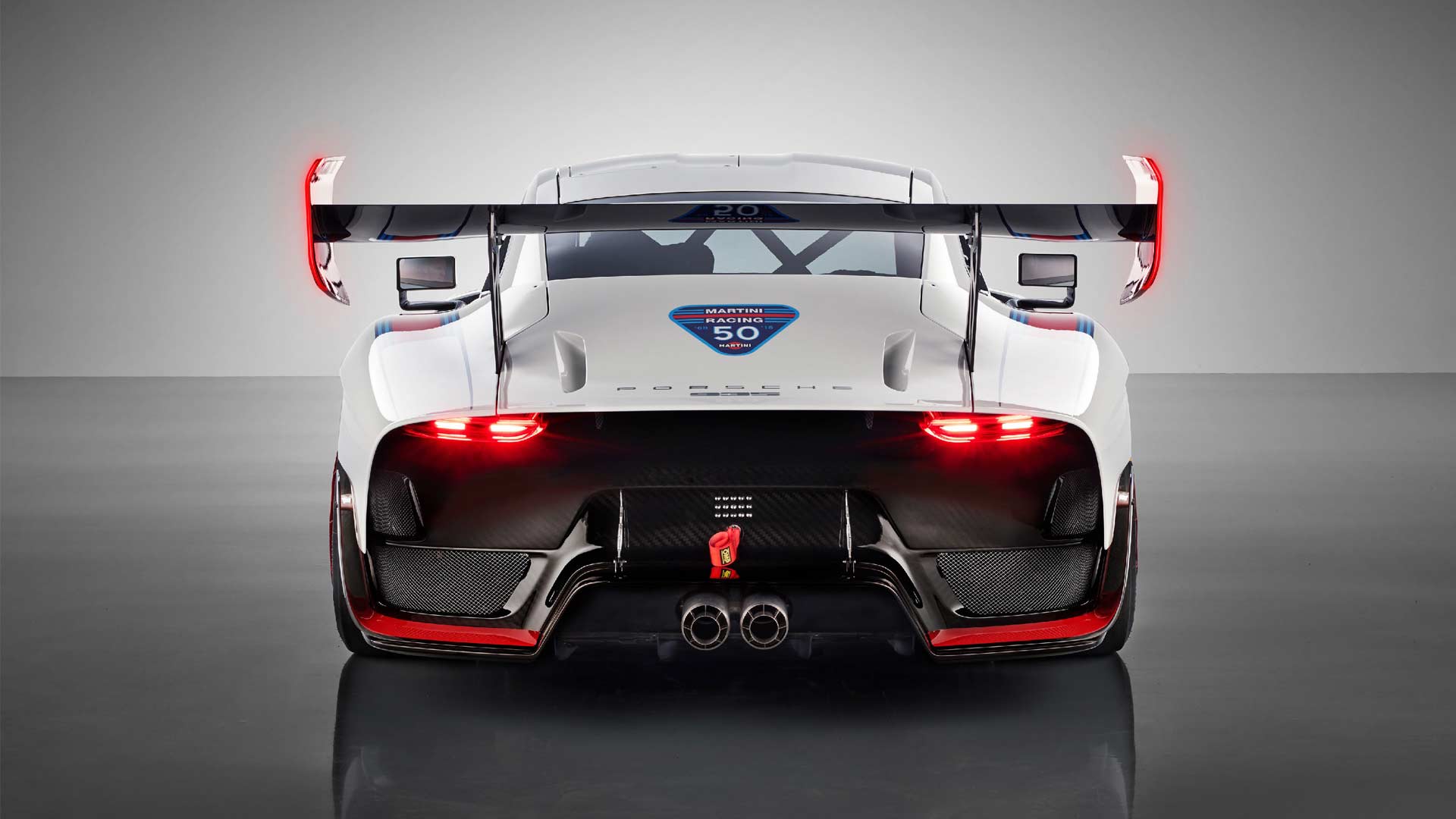 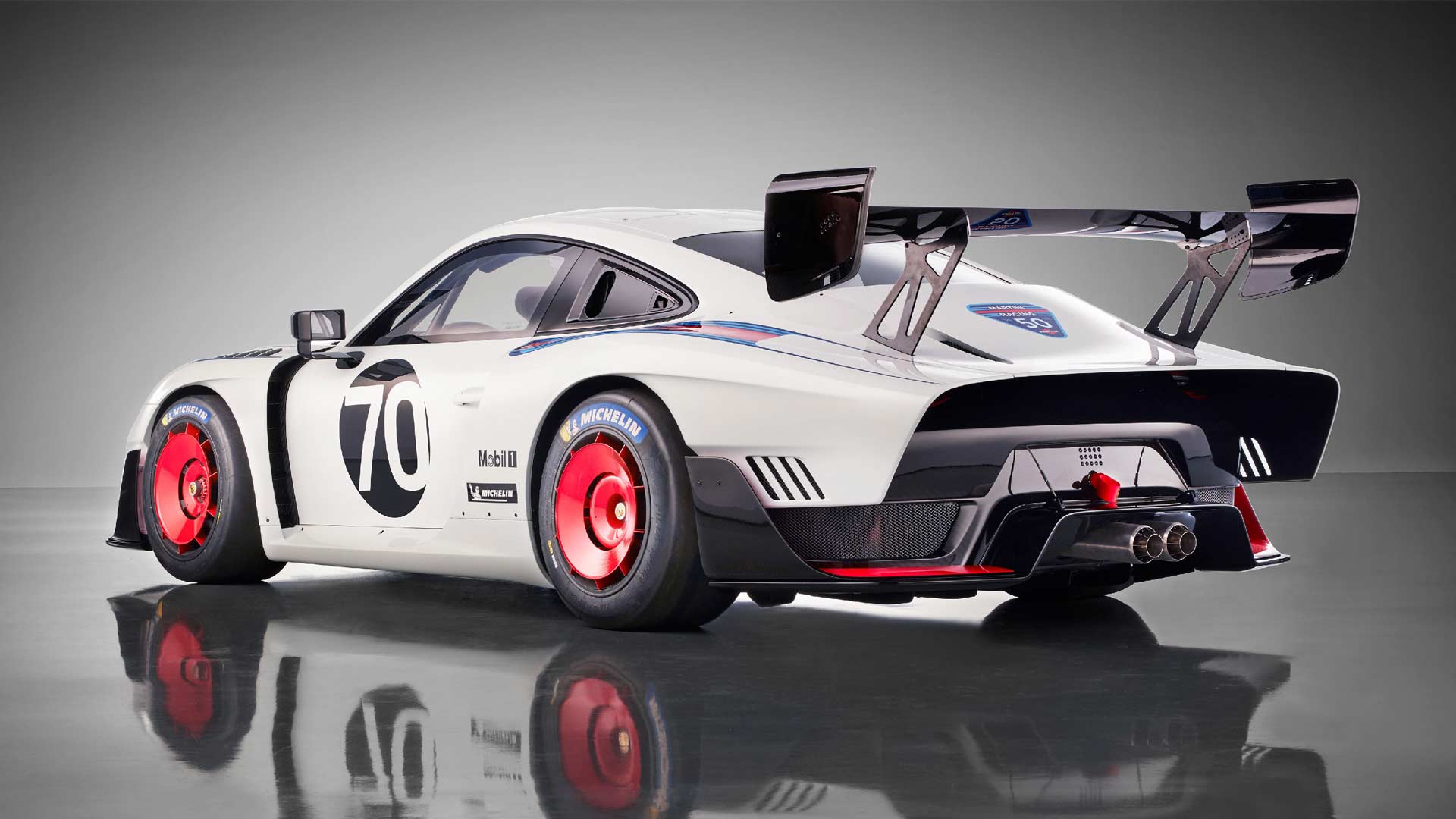