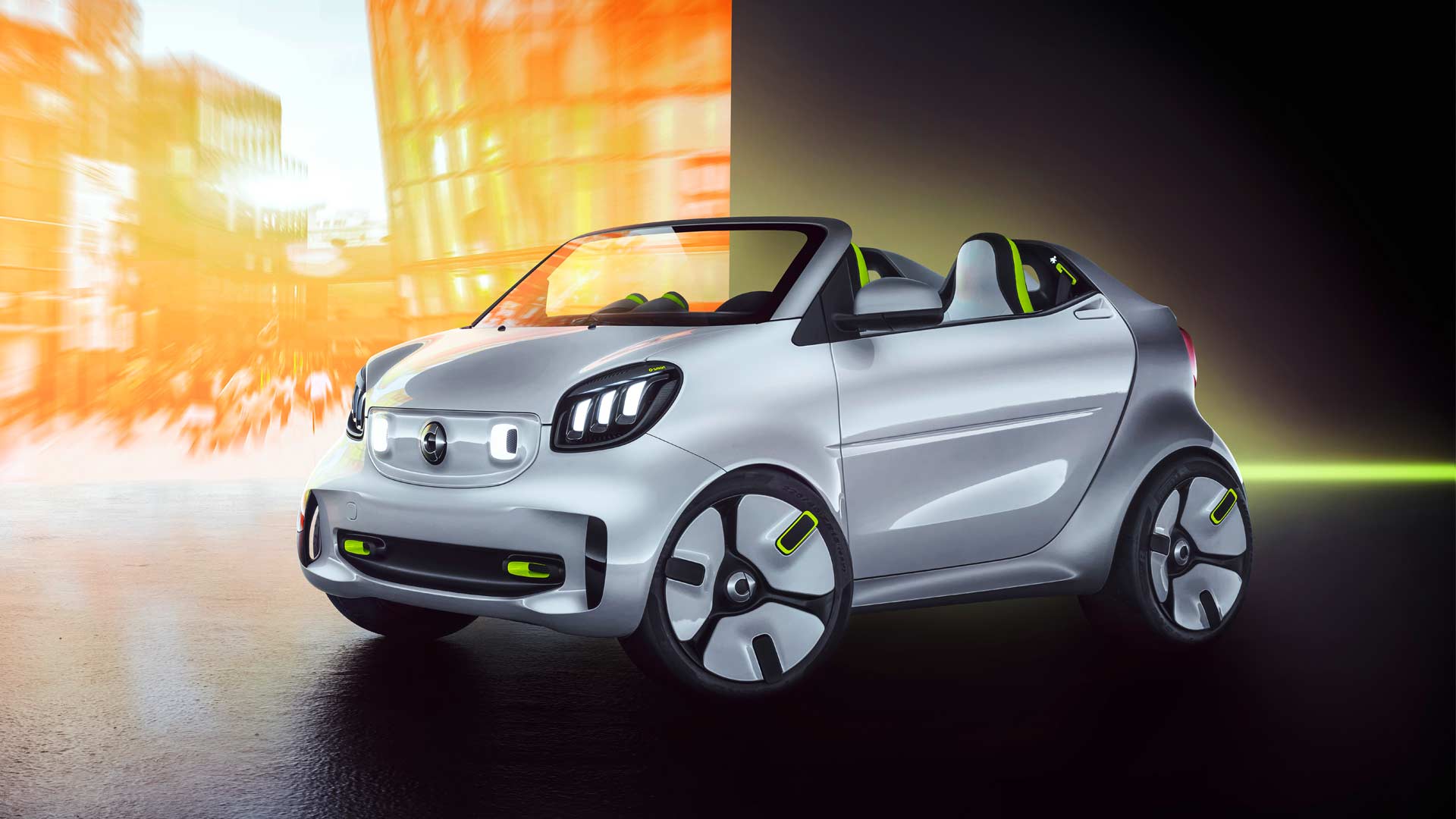 Daimler’s smart division is celebrating 20th anniversary with smart forease all-electric concept. It is based on the standard-production smart EQ fortwo cabrio.

According to Daimler, the forease is a preview of the future of the smart brand. The concept is finished in metallic-white with accents in matt-silver and “stream green”. Other exterior design highlights include short windscreen and door handles that sit flush with the door. The stream green accents are carried through to the interiors, such as the contrasting green decorative seams on the upholstery, green border around the media interface, on the steering wheel and so on.

Two round displays take place of the centre air vents, which can be used, for example, to present content from the ready to app which allows the driver to share their smart with friends or to monitor its functions.

Since 2017, smart has been selling only electric vehicles in the USA, Canada and Norway. From 2020, Daimler wants to sell only electric versions in Europe too, and the rest of the world is due to follow soon after. 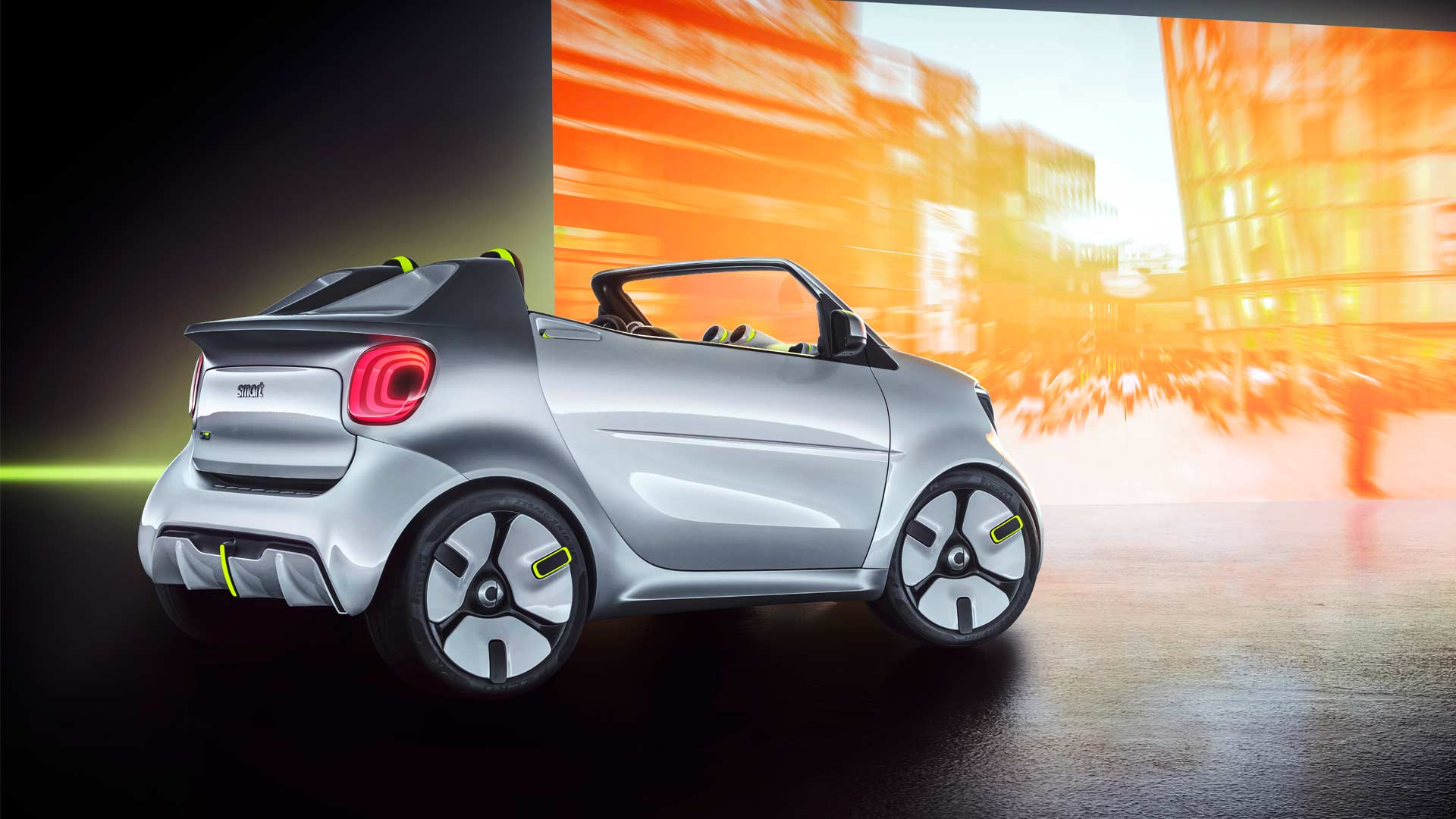 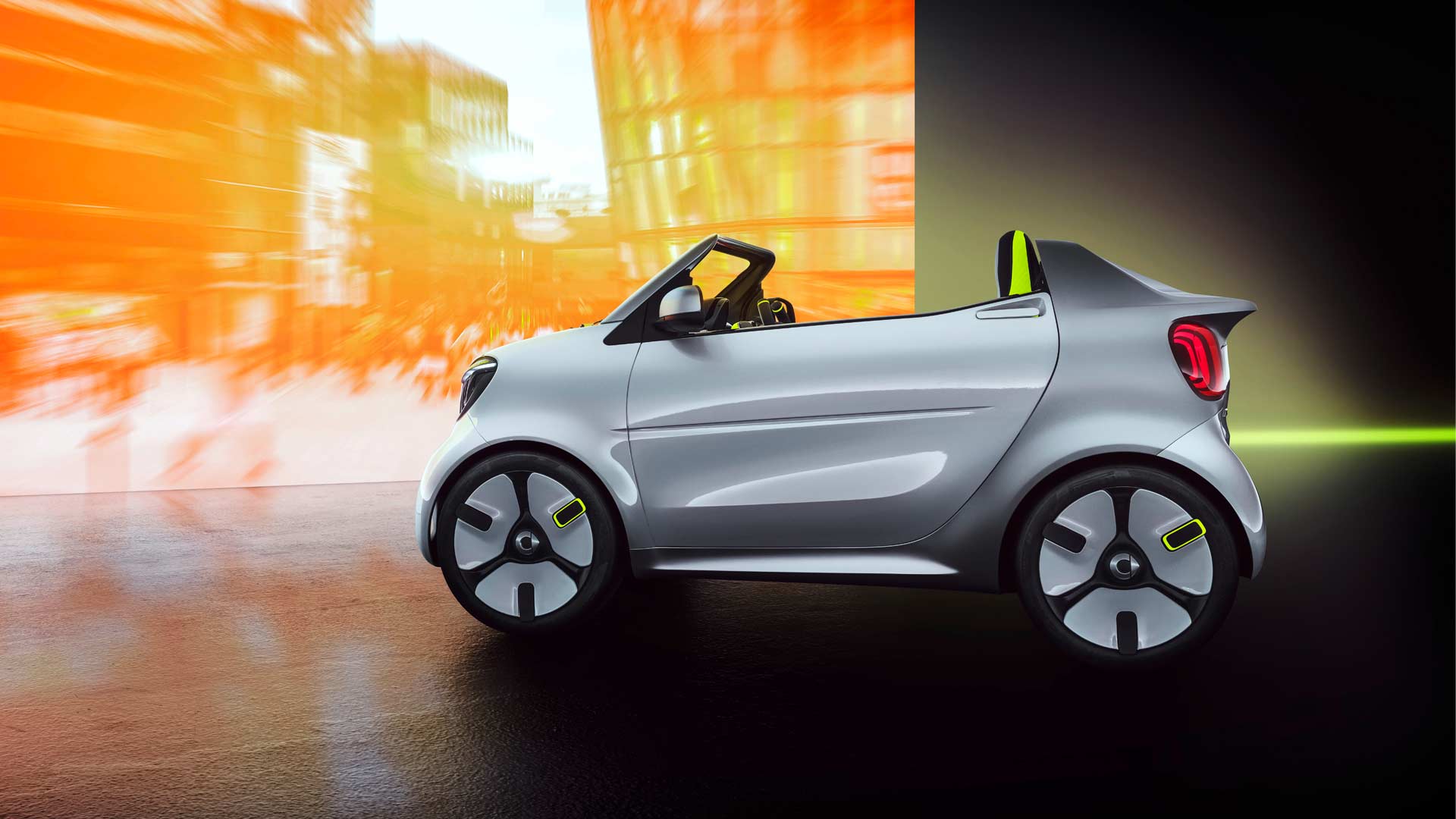 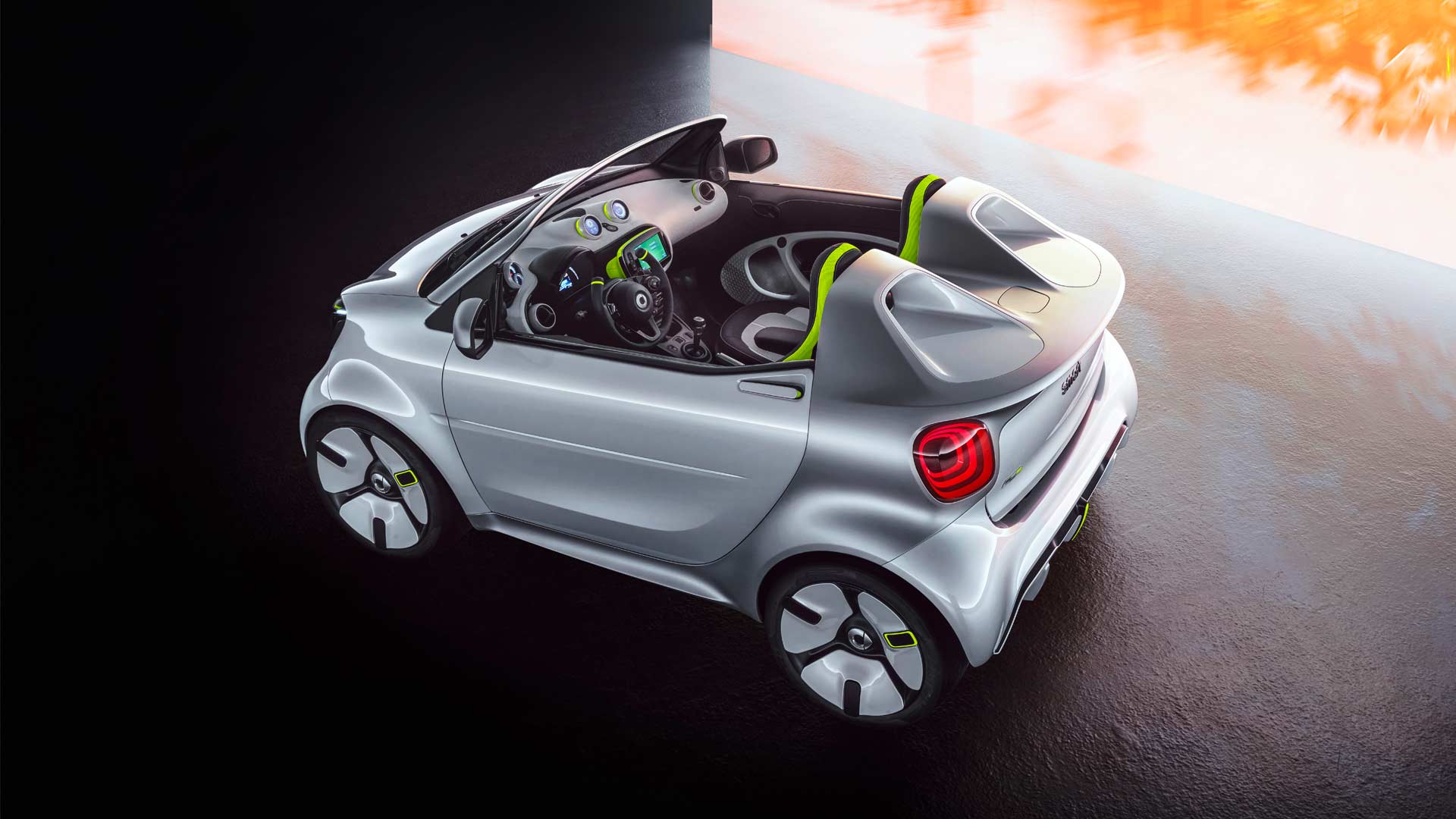 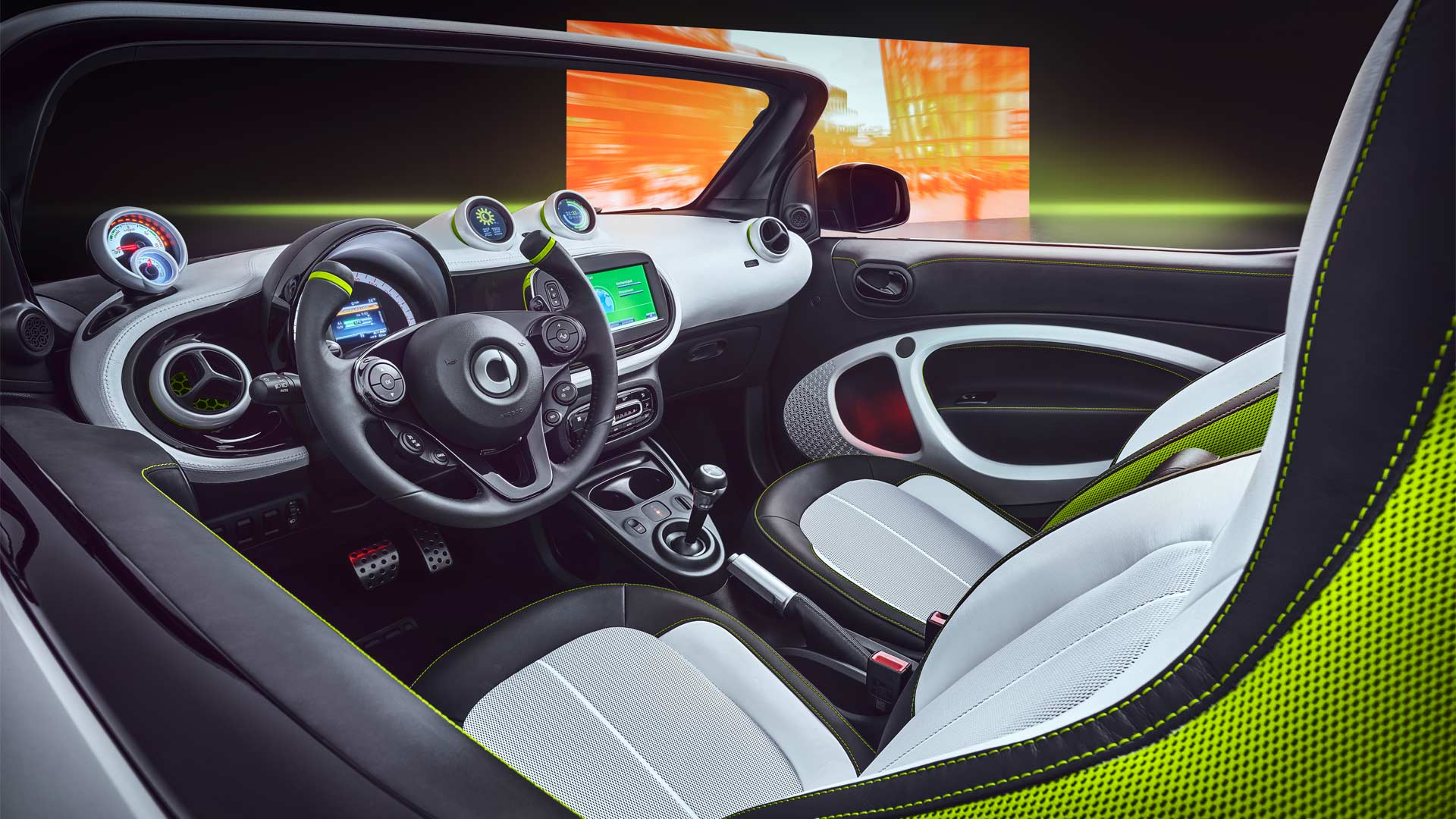 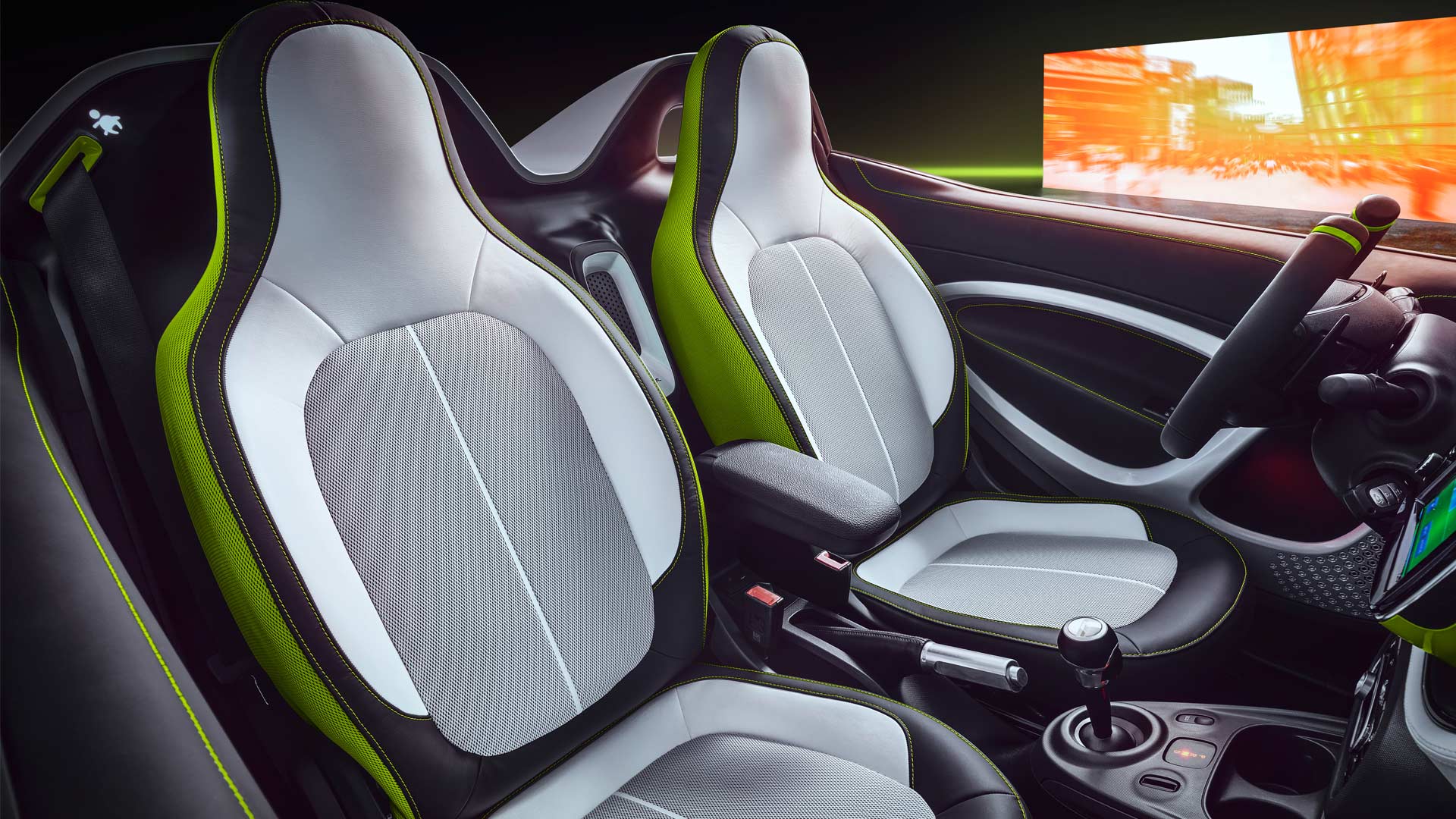