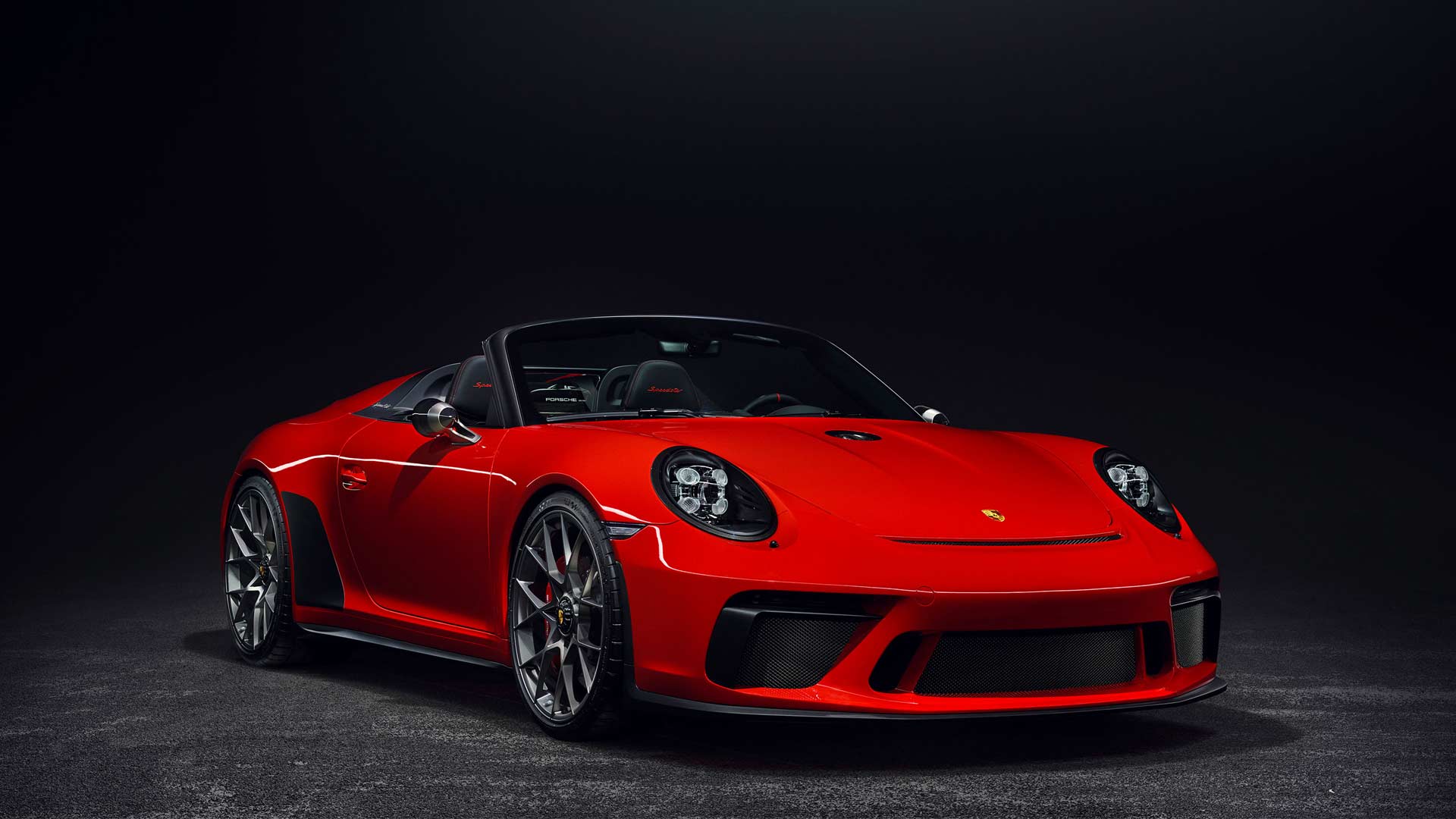 The beautiful 911 Speedster concept we saw in June, will go into production in 2019 with exactly 1,948 units. At the 2018 Paris Motor Show, Porsche is showcasing a near-production car in Guards Red paintwork, a reference to the 1988 911 Speedster of the G-Model generation.

This example retains the two “Talbot”-shaped exterior mirrors and the fuel cap which is centrally positioned on the bonnet – shine in black-chrome and platinum. The car rides on new 21-inch wheels with cross-spoke design.

Rest of the body components have been retained as well, including smaller side windows and the carbon fibre rear bonnet with the double-bubble cover behind the seats. The car comes with a lightweight Tonneau cover, fitted by Tenax buttons. The tinted day-time running lights were also apparently inspired by racing. Not completely sure if the customer cars too will have such tinted DRLs. The interiors are finished in partly perforated black leather with red accents and red contrast stitching. The 911 Speedster will be the first car to be offered with the new Heritage Design Packages for an even higher degree of personalization.

The body is based on the 911 Carrera 4 Cabriolet. The fenders, as well as the front and rear bonnet are made from lightweight carbon fibre composite while the chassis was taken from the 911 GT3.

A naturally-aspirated 4.0 flat-six powers the car developing more than 500 hp and revs up to 9,000 rpm. The GT development department decided to go with a 6-speed manual gearbox and the exhaust system with titanium tailpipes. 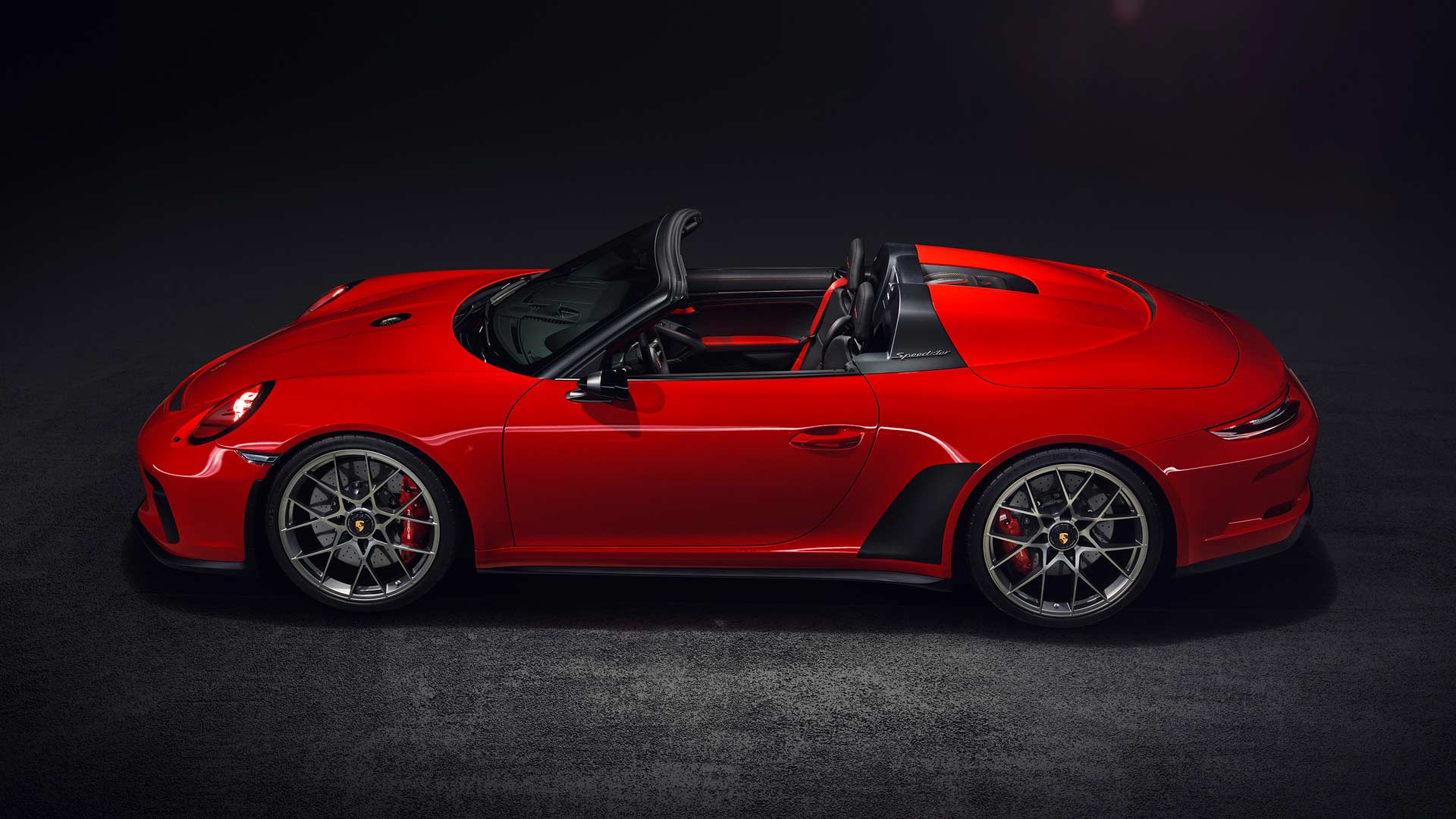 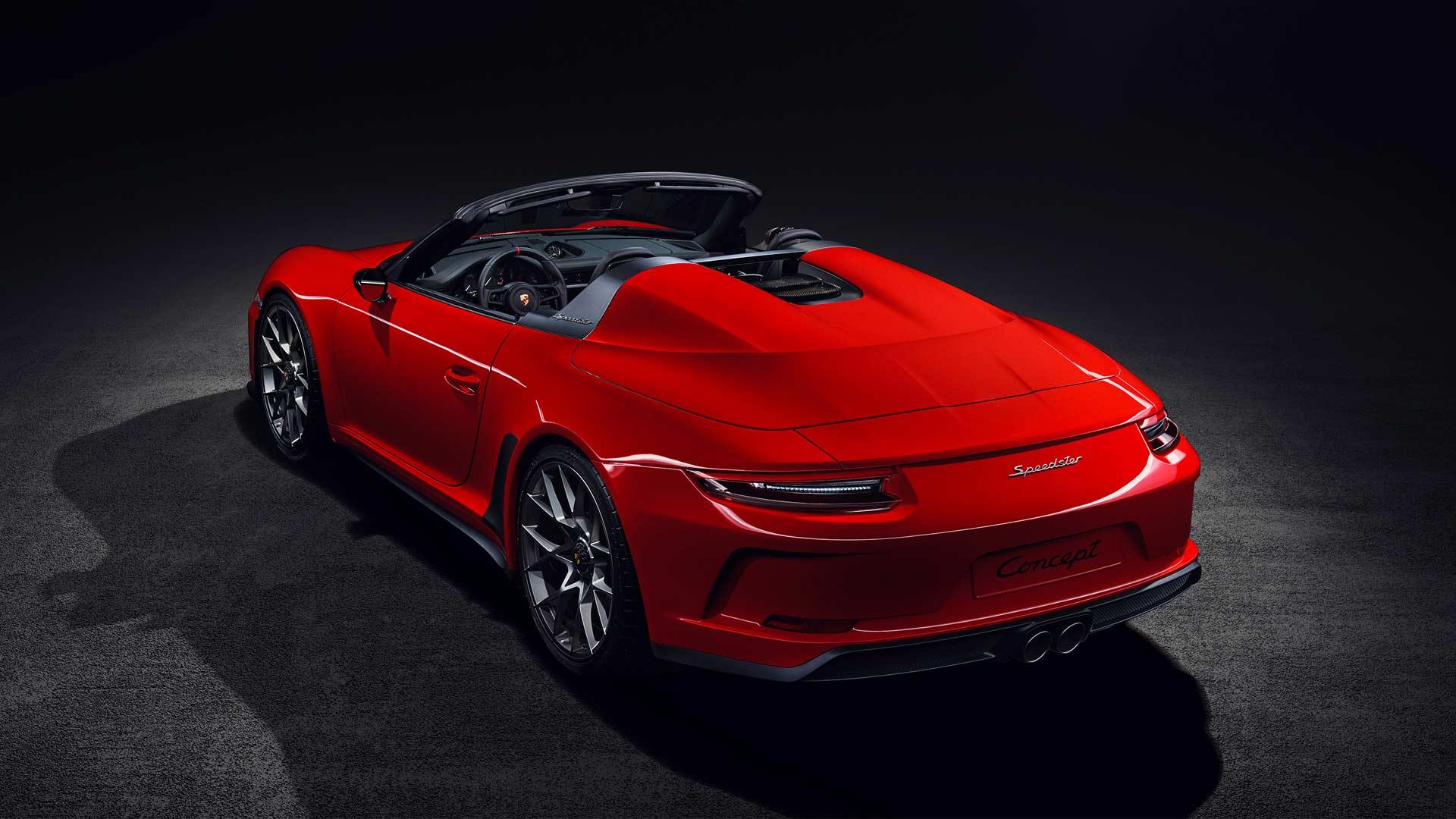 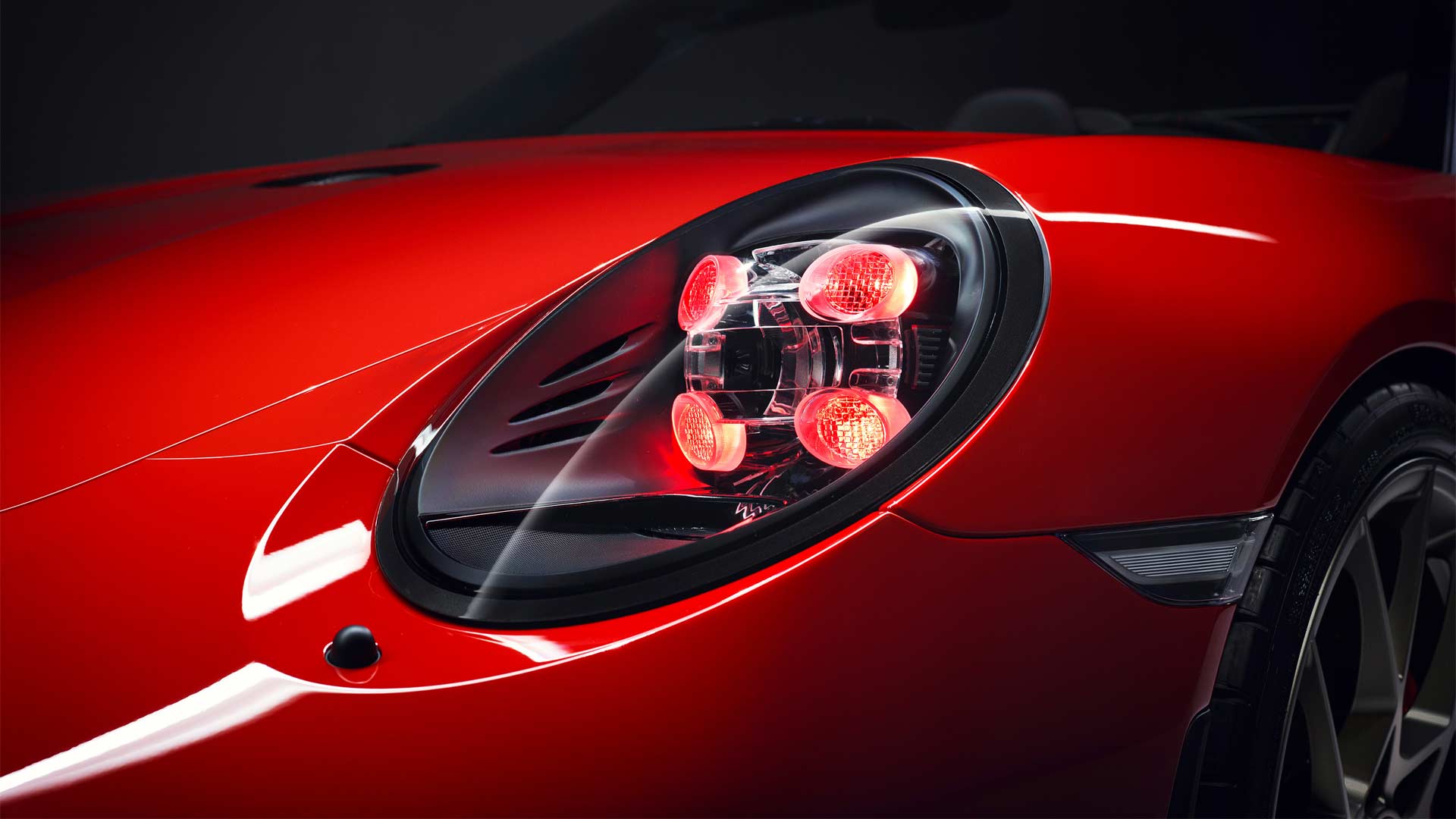 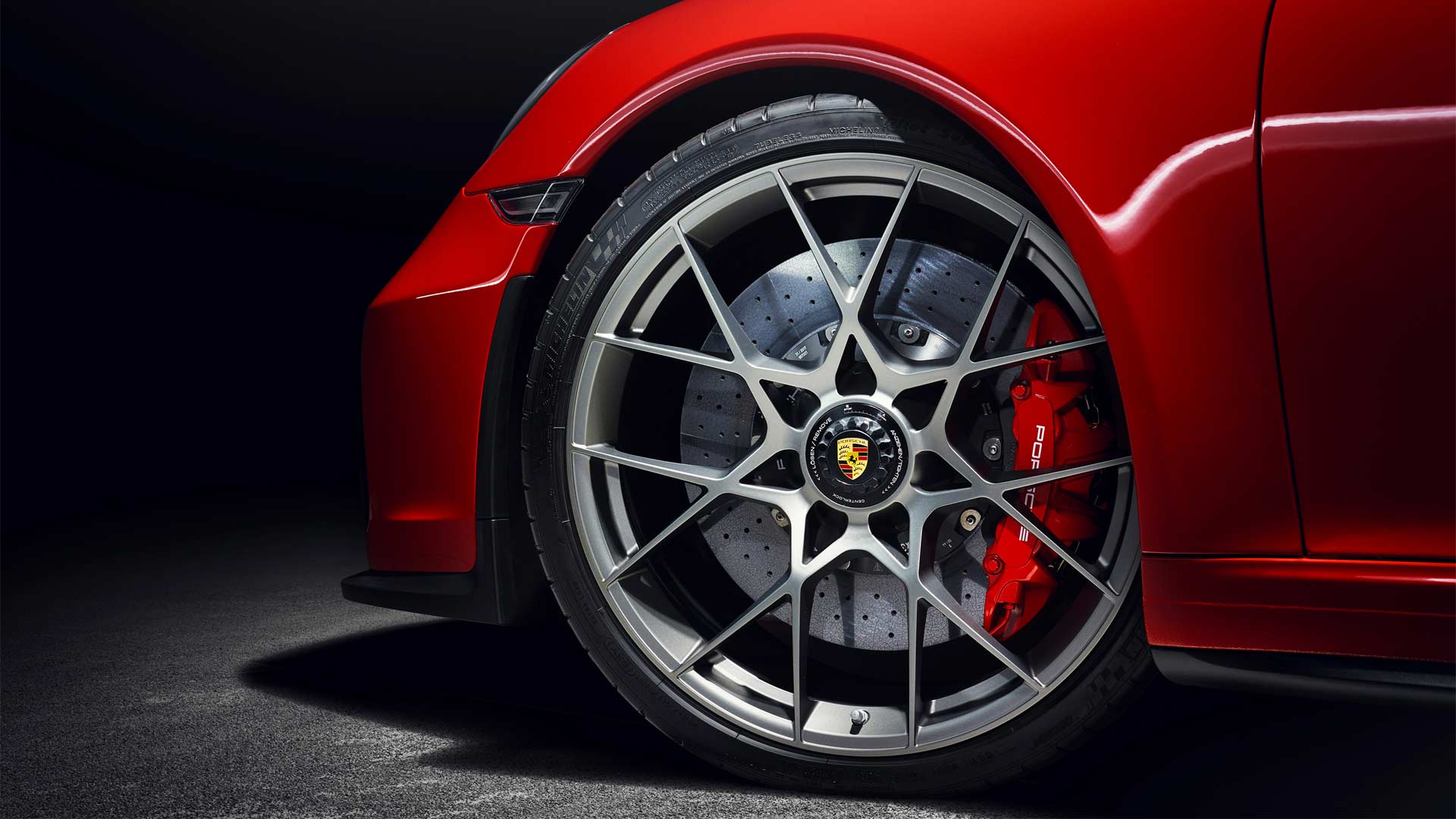 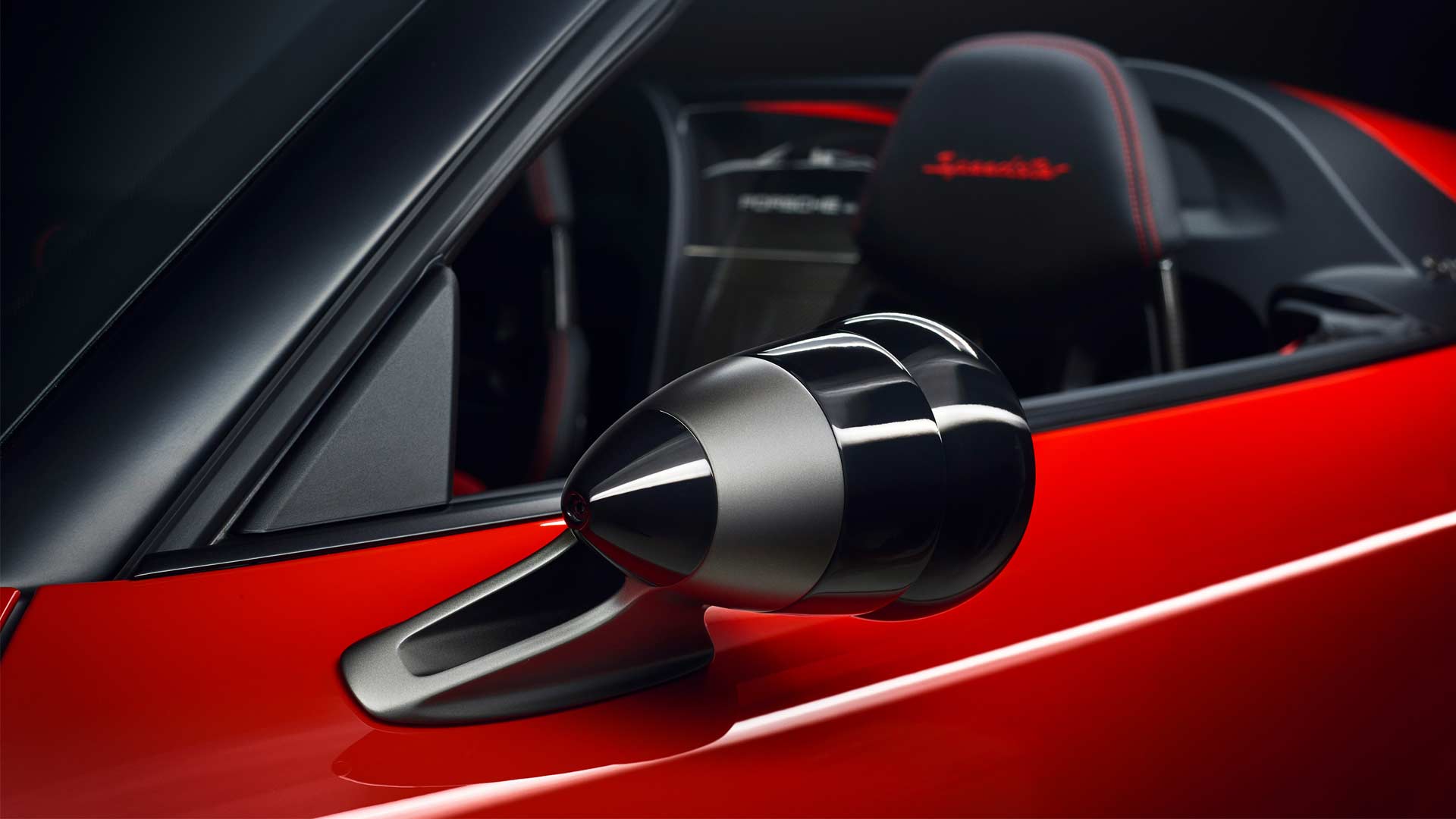