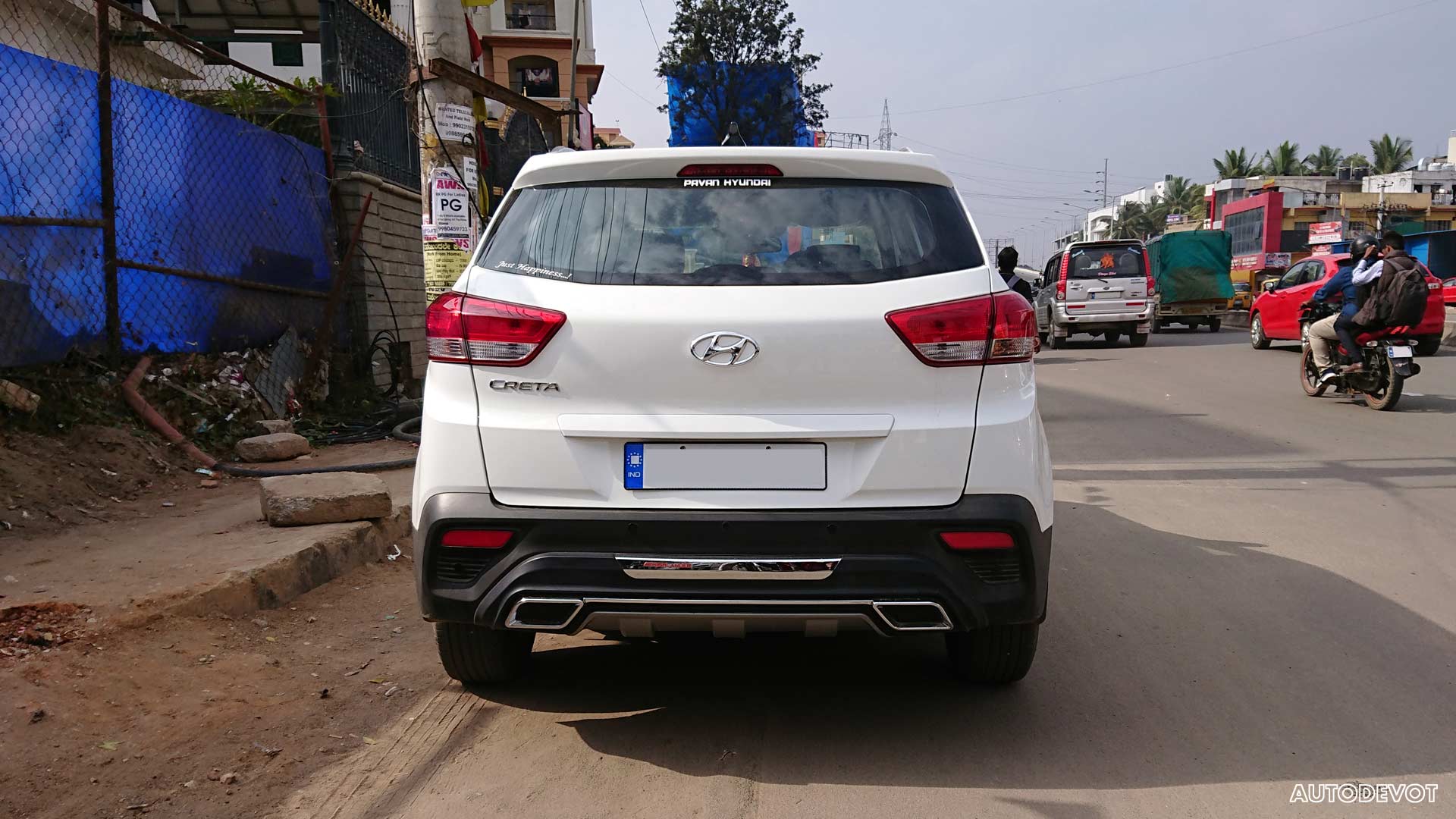 Or should we say 5 modifications on cars? Either way, everyday on roads we find some things about cars, that makes us cringe and uncomfortable. Let’s go.

1. Fake Exhausts
Unfortunately, this has become sort of a “trend” these days. From Cretas to Compasses, a lot of ’em are sporting fake exhausts. While some have “tailpipes” on either side, some sport double barrel “exhausts”. These plastic, aftermarket fake exhausts are not limited to SUVs and wannabe SUVs, but has also spread to hatchbacks. There are i20s and Balenos which are proudly wearing such exhausts and like most of you, I’ve no idea what makes them so “cool”.

One of the things that makes me cringe about Cars are the fake exhausts. More so when it comes from the factory itself. #cringey

You can’t fully blame the people who install fake exhausts on their cars, because there are some cars which come factory-fitted with fake exhausts.

2. Identity Crisis
Brezzas and Cretas with Compass-like grille. While the former looks okay, the latter just looks awful. I’ve also seen a Dzire with a ridiculous, vertical 7-slat grille. Why this desire to be something else?

3. Small Cars with Loud Exhausts
No, i’m not talking about Clio R.S. or Golf GTI. This is about cars mainly designed for fuel efficiency and city use. When you see a hatchback with 800 cc engine or a family sedan with 1.5-litre engine and a loud, really loud gaping exhaust pipe, it just makes the real car guys look bad. Same holds true for small bikes with nasty exhausts.

4. Wacky Wings
Again, this is about those cars mentioned in the point 3. Sadly, people who install those ridiculously large wings/spoilers on Honda Citys, Esteems and Zens, think that it looks “cool”, while in reality, it just looks ridiculous. On top of that, those wings create unnecessary drag and burn more fuel. Why look silly and waste more money too? Let’s leave such wings to sports cars and hypercars. They make more sense on them and serve the purpose too.

5. Loud Decals
Another cringy modifications we see on the cars are loud decals. These days, cars are being used for marketing a business or an event, and those decals serve the purpose. But, when you see loud, cheesy writings and religious stuff cover almost half of the windshield, it looks bad, not to mention the visibility issues from the inside. One dude wrote on his rear windshield – “if exposing is modern, then animals are more modern than humans”.