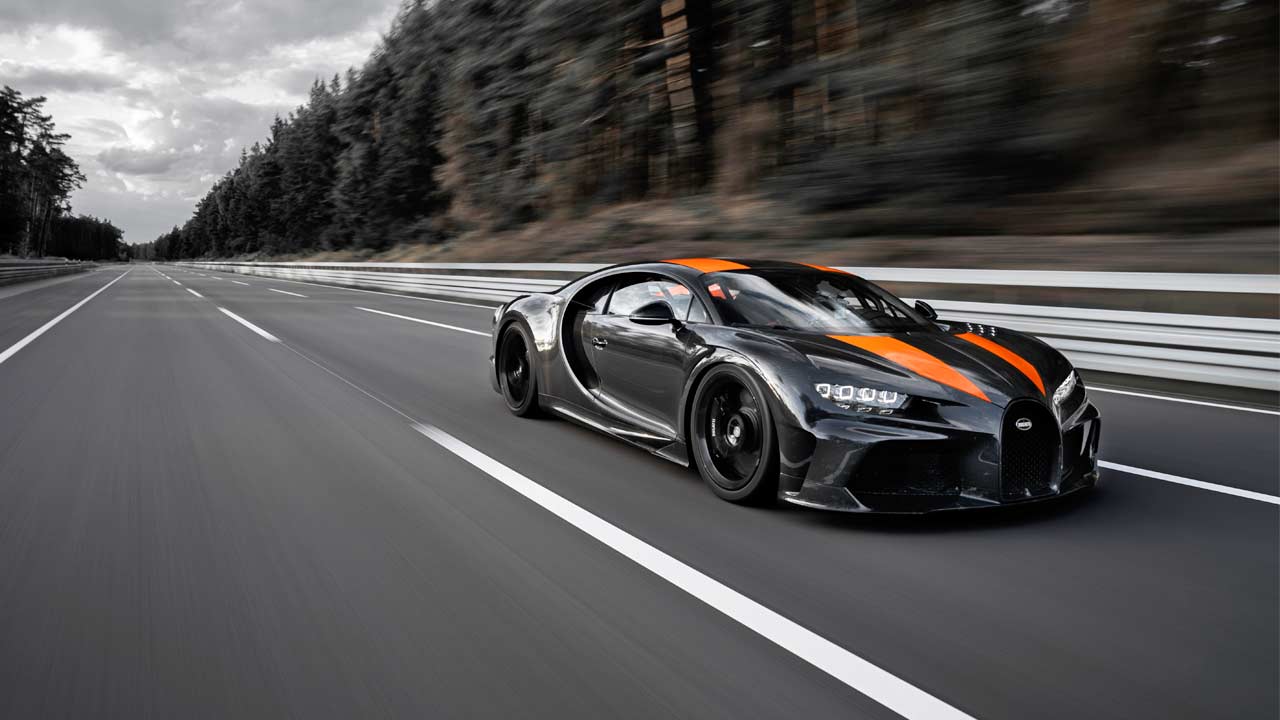 The Bugatti Chiron’s 0-400-0 record might have been smashed by the Koenigsegg Agera RS, but that doesn’t stop the French hypercar to take up more challenges. A derivative of the Chiron has broken the 300 mph (482.80 km/h) barrier and at the same time, has set a new TÜV-certified speed record with 304.773 mph (490.484 km/h). The top speed run happened at the famous test track owned by VW Group, in Ehra-Lessien, Germany. 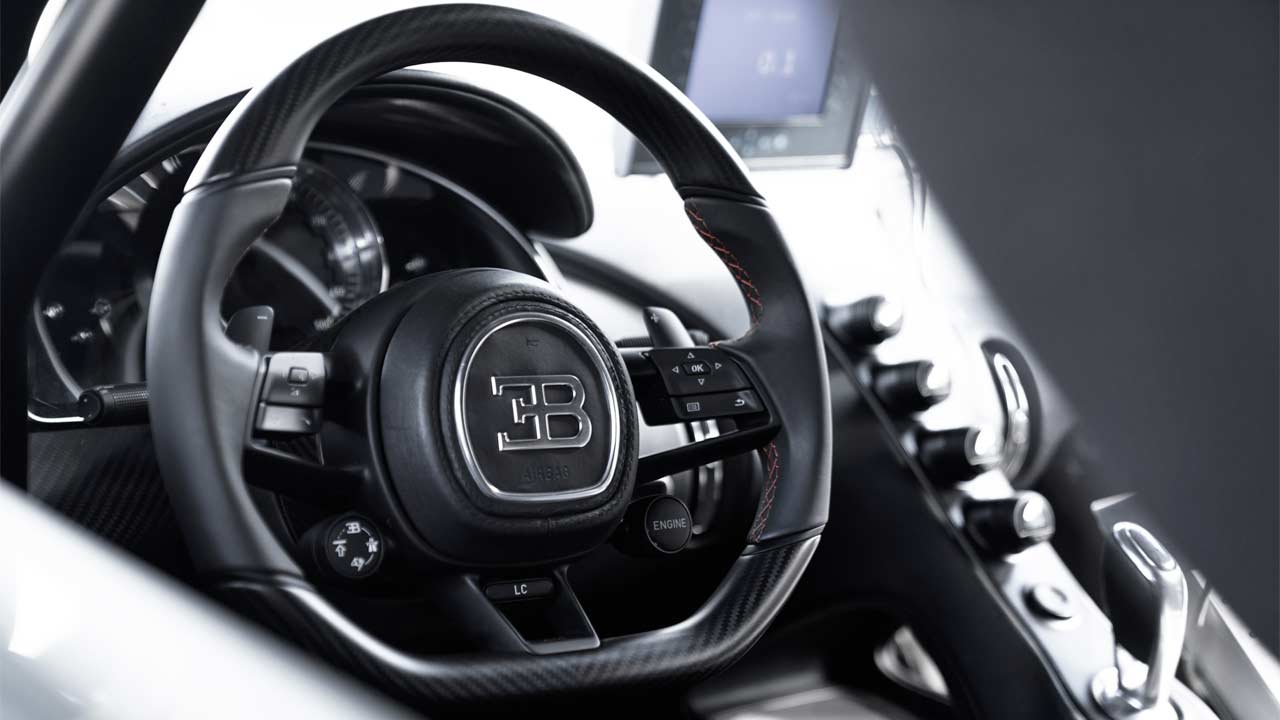 Behind the wheel was Le Mans winner and Bugatti test driver Andy Wallace. As part of the preparations, he worked his way up to the top speed from 300 km/h (186 mph) in 50 km/h (31 mph) increments to make sure all the conditions were right and the Chiron was optimally balanced in terms of lift and downforce. 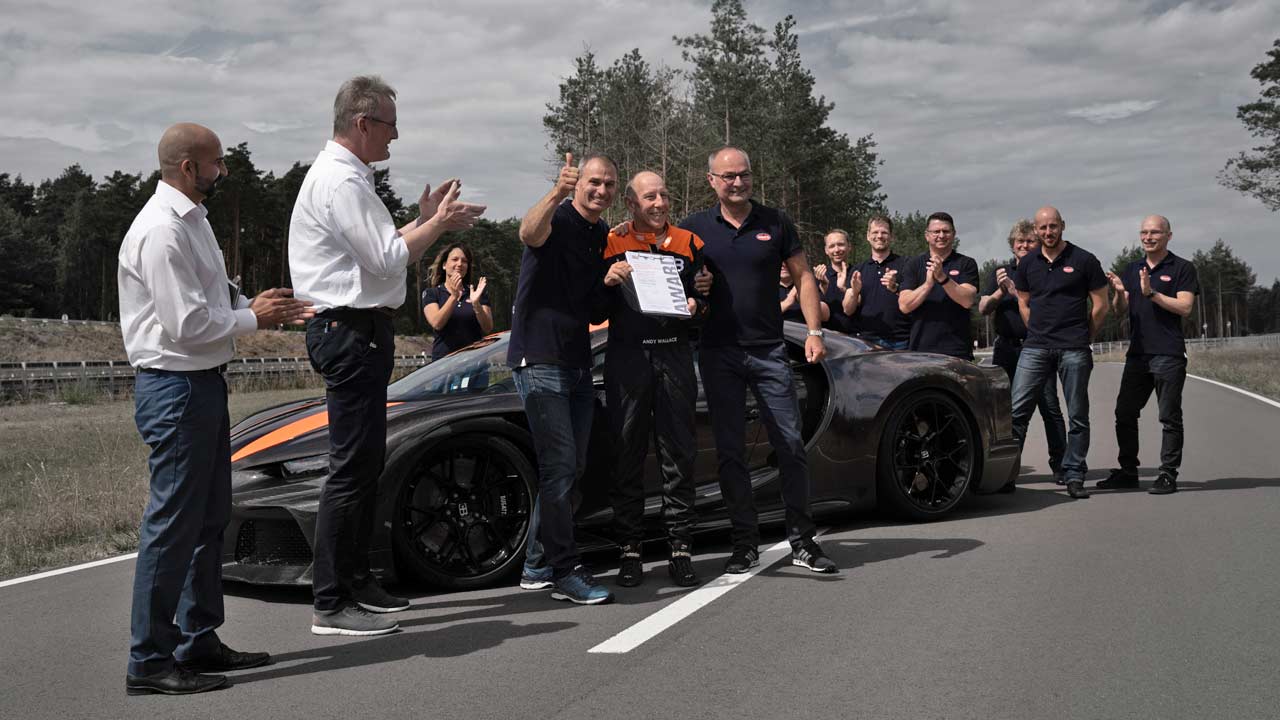 Andy Wallace (holding the certificate) with the team

An incredible speed. It’s inconceivable that a car would be capable of this. But the Chiron was well prepared and I felt very safe – even in these high-speed ranges. Even at the first attempt, I felt this would work. The Chiron ran perfectly and the track and weather conditions were ideal. The whole team did a fantastic job. – Andy Wallace

After one lap to warm-up the Chiron, Andy Wallace accelerated out of the north curve to 200 km/h (124 mph) to reach top speed on the 8.8 km (5.5 mi) straight. At a precisely defined braking point, he decelerated the Chiron back to 200 km/h to drive through the south bend. He had a distance of 2 km (1.2 mi) in which to do so.

I went at full throttle from the start for approximately 70 seconds. It was important for me to be out of the bend at 200 km/h in order to reach top speed on the straight. That required the very highest level of concentration. – Wallace 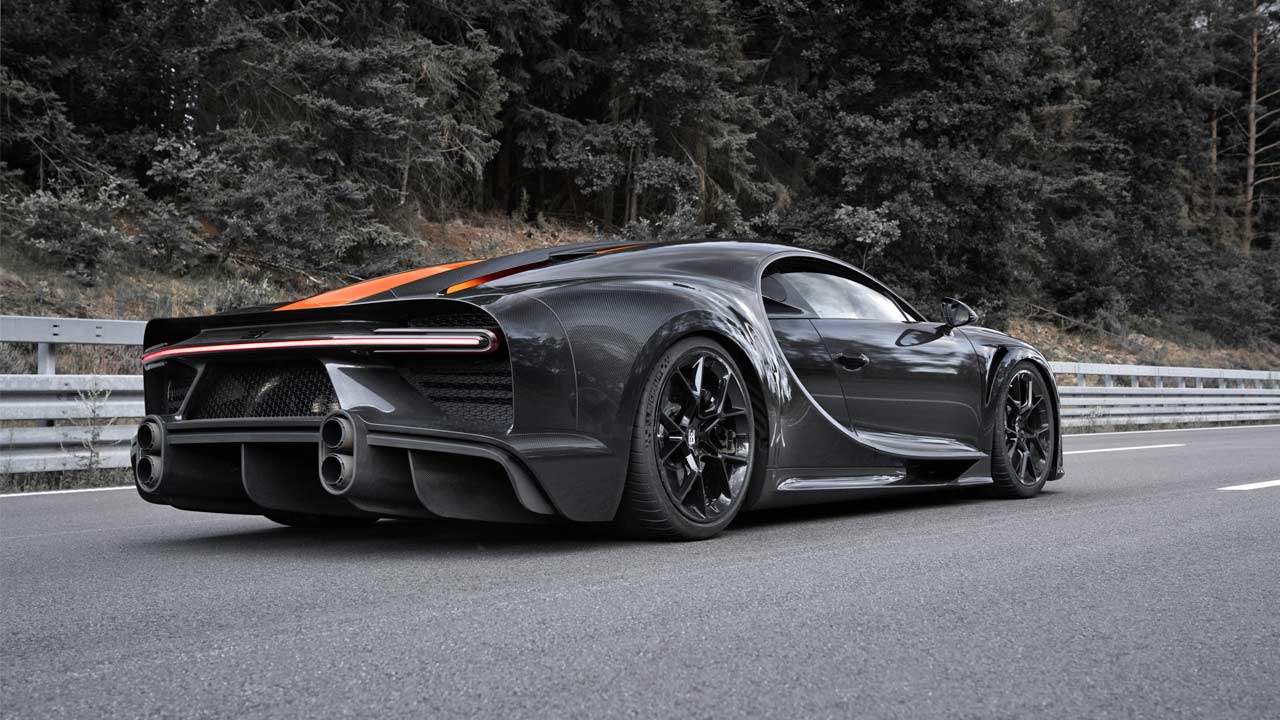 The special prototype was in the works for a while. In addition to aerodynamic improvements, the specialists spent time making the car safe for the driver at that kind of speed. Andy was held in place by 6-point belts and protected by an additional safety cell.

The Bugatti team were supported by Italian race specialist Dallara as well as Michelin. The high-speed Michelin tyres already used on the Chiron were again reinforced, particularly the belts to handle the 5,300 Gs, while still being street legal. The tyres were subjected to extensive test bench trials at speeds of up to 511 km/h (317 mph) in the United States, Bugatti said. Each tyre was apparently X-rayed to optimise up to the smallest details. The world record car was fitted with the Michelin Pilot Sport Cup 2 tyres just before the record run.

On the test bench, the Bugatti engineers also tested the performance of the engine and the interaction between engine, gearbox and chassis during various manoeuvres. Even the smallest changes have a huge effect in this speed range, Bugatti said.

After all the calculations and tests, we felt sure the record was within our grasp. We had the technology under control at an early stage. But a world record attempt on an open track can have a few surprises in store. We were lucky today and everything went well. – Stefan Ellrott, Head of Development

The prototype here might be an indication that Chiron SS is in the works. 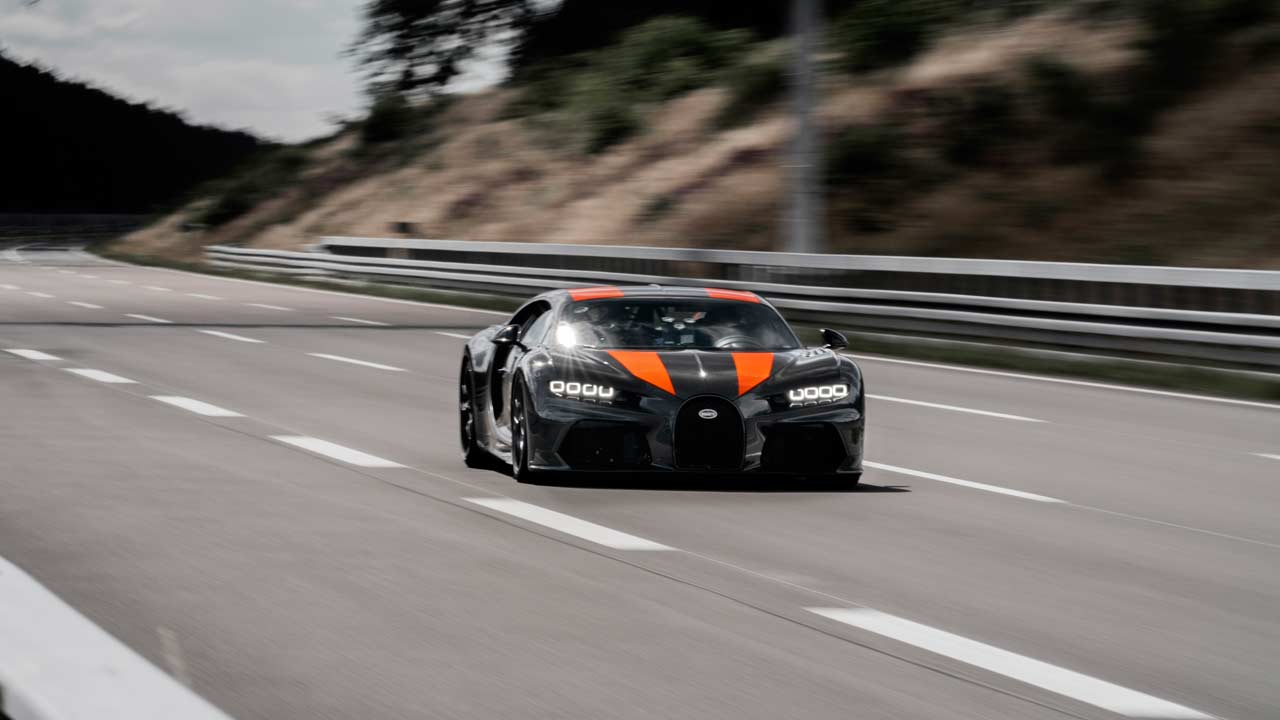 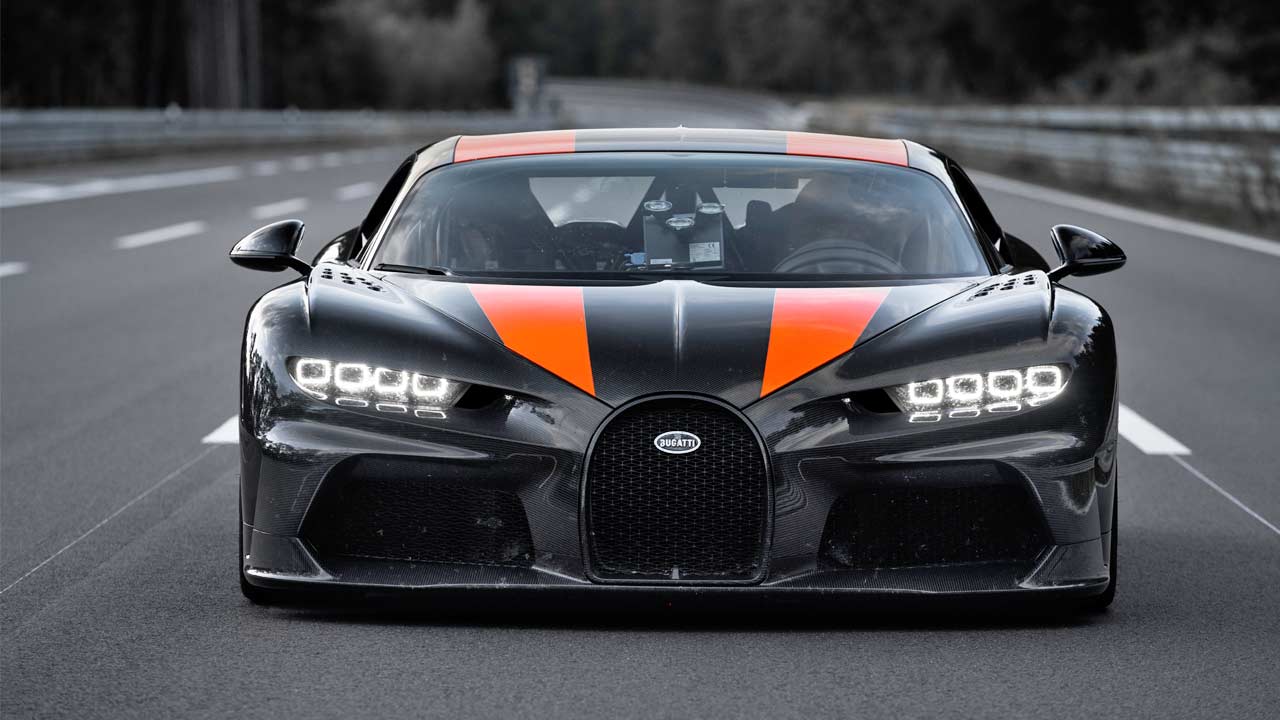 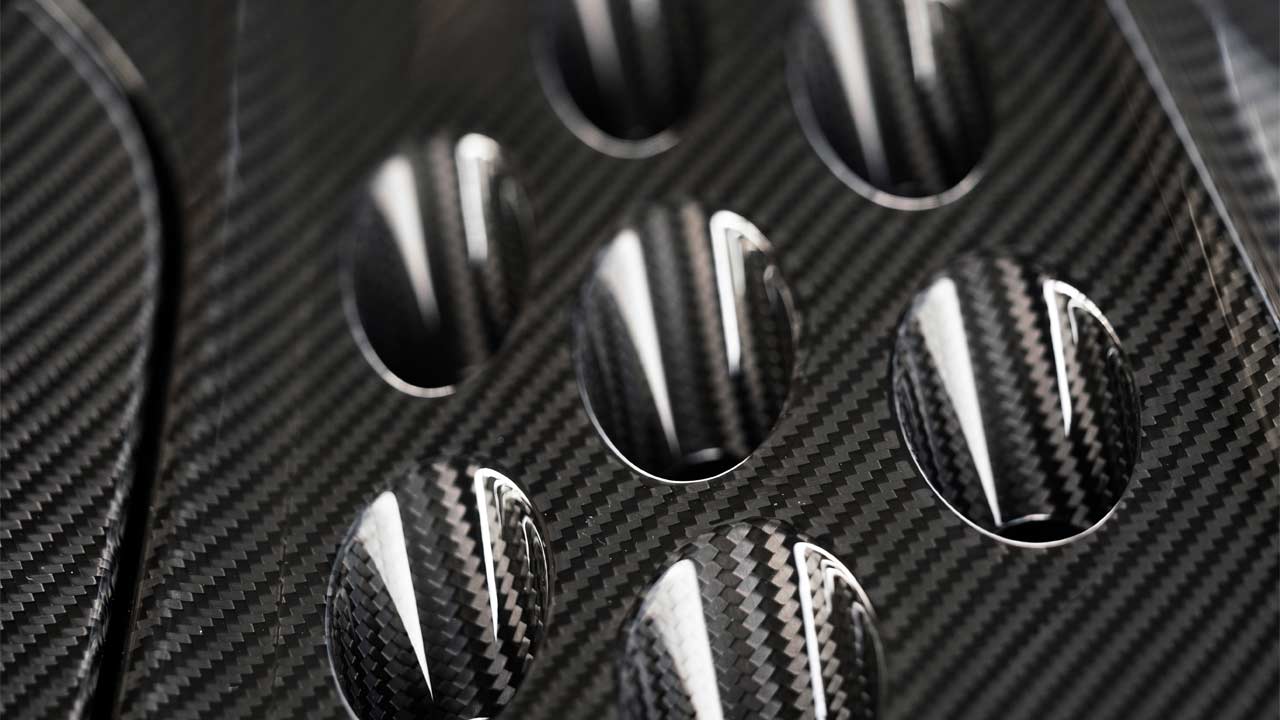 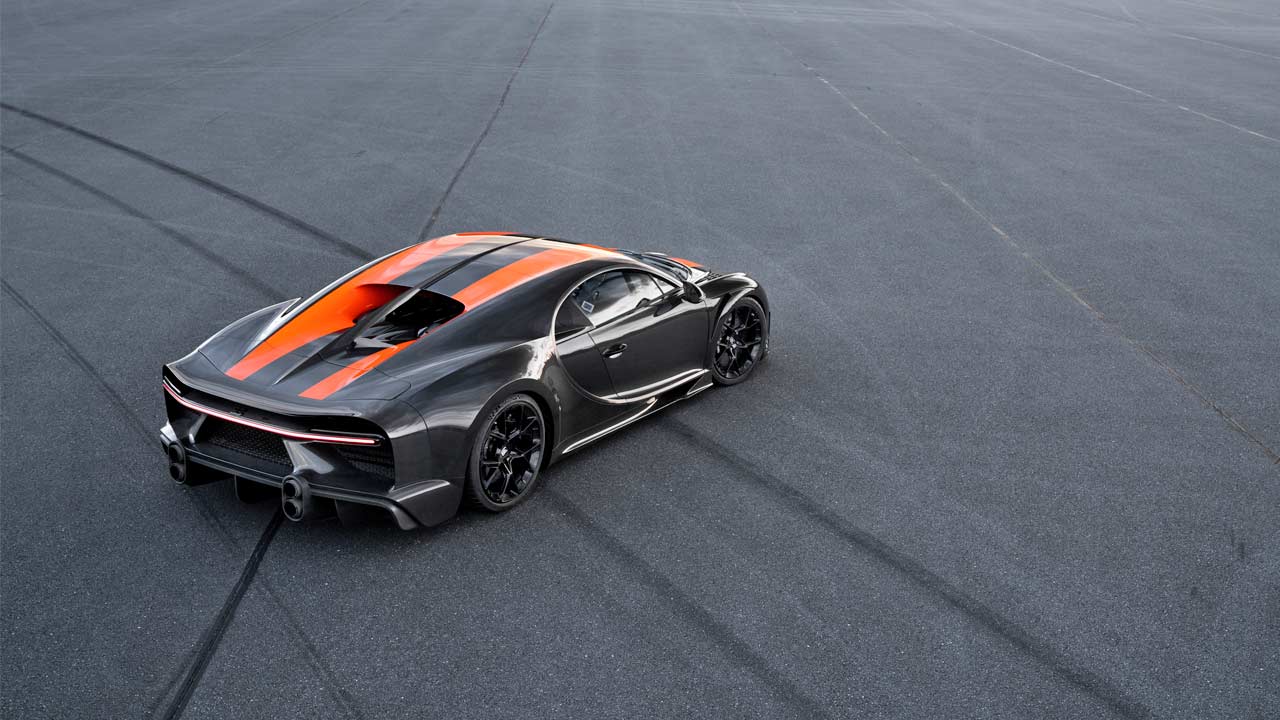 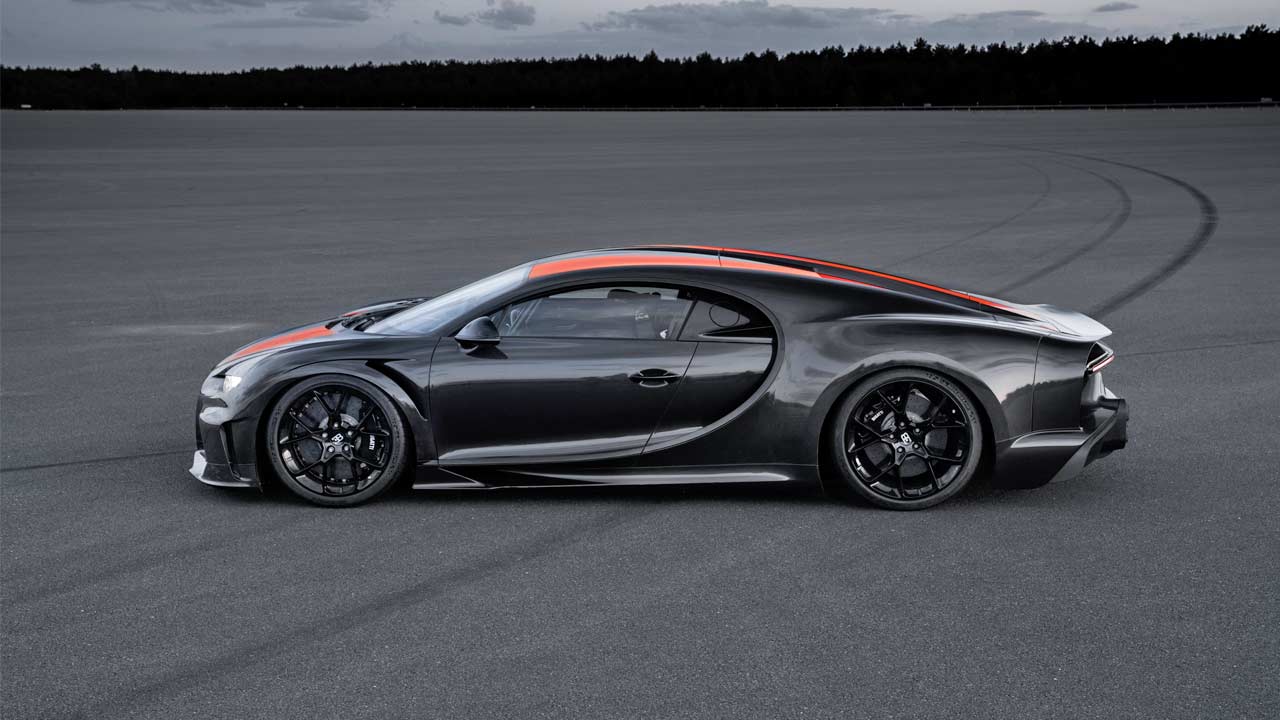