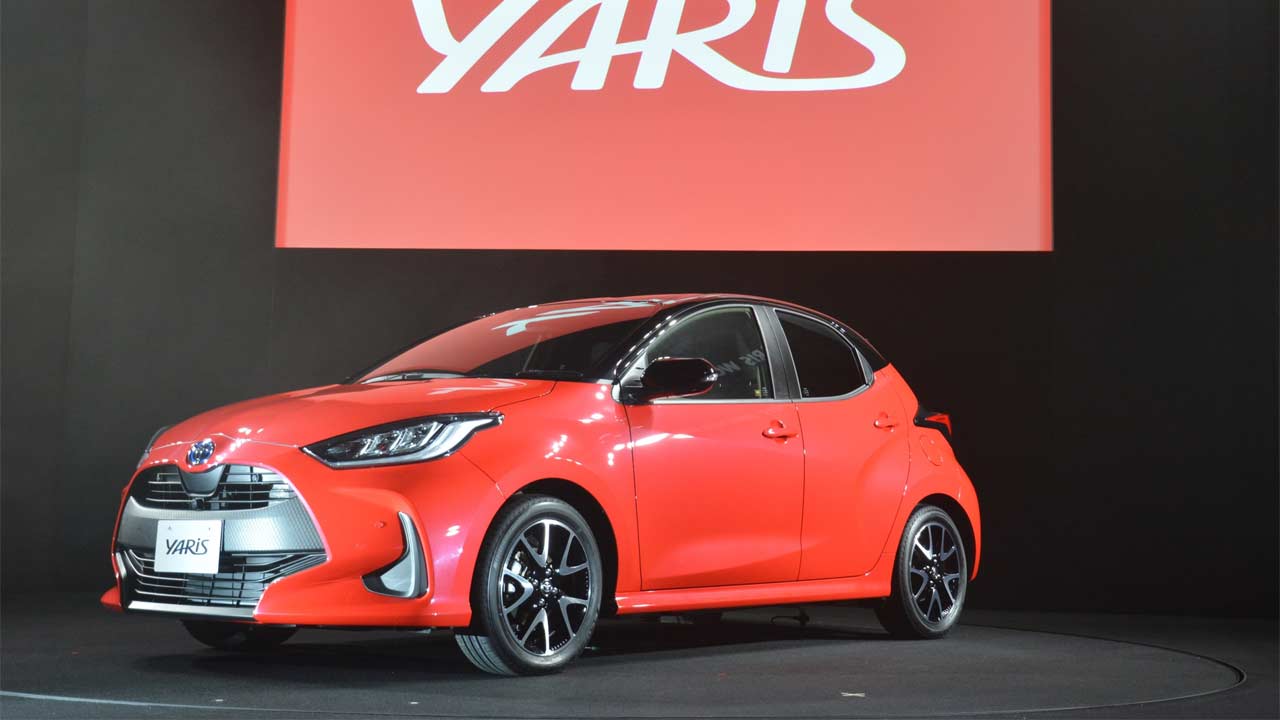 For those who are wondering, this is not the Mazda2-based 2020 Yaris that we saw earlier this year. That was for the North American market. The 2020 Yaris we’re seeing here, is for Japan, Europe, and probably some Southeast Asian markets as well. 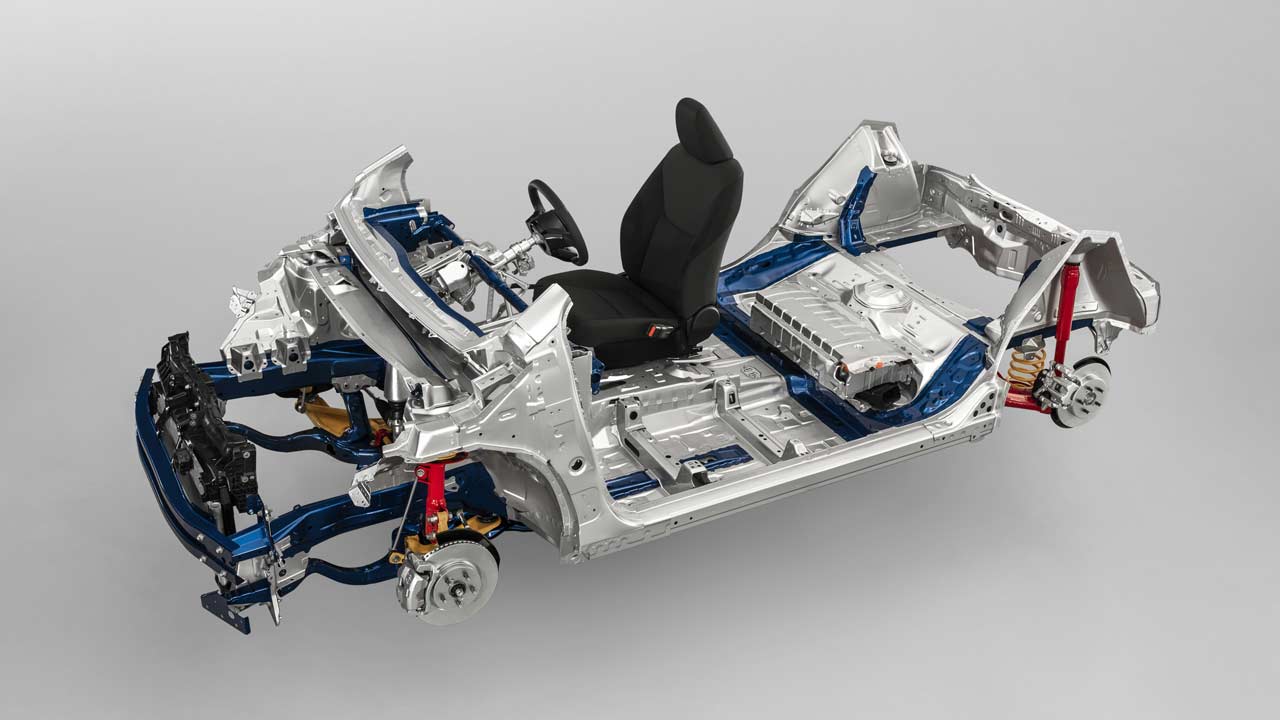 The new Yaris is Toyota’s first car to adopt the TNGA platform (GA-B) for compact cars, which according to Toyota, is lightweight and highly rigid with a low center of gravity. Torsional rigidity is up by 30 percent and the center of gravity lowered by 15 mm. 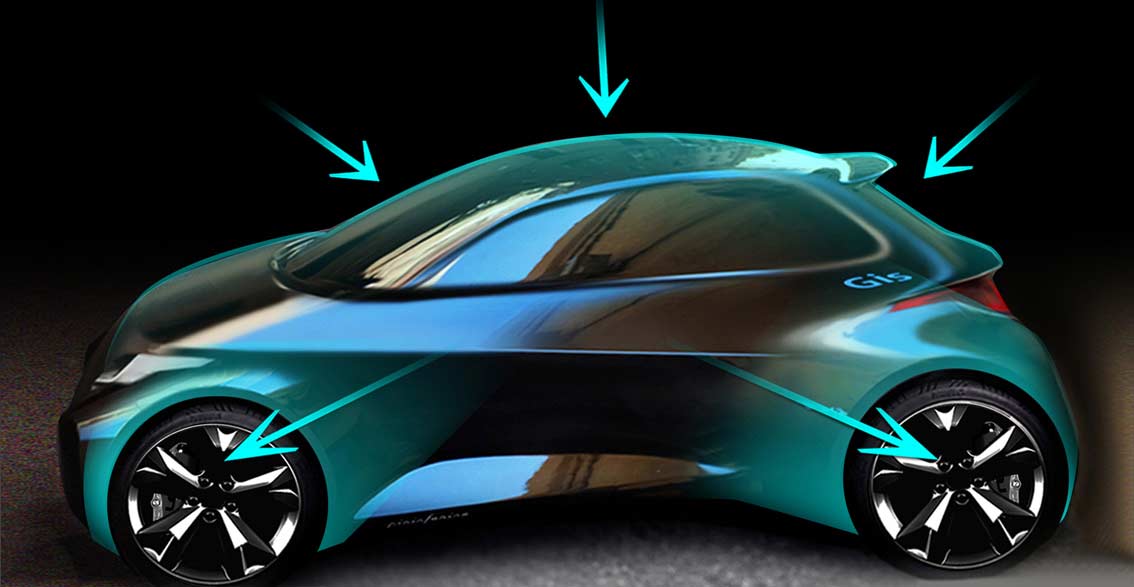 The design is based on the “B-Dash!” concept. The idea was to make the car “appear as if it’s ready to take off at a moment’s notice”. While the front looks a lot more appealing than the American Yaris, the side profile looks muscular with sharp creases and character lines. At the rear, the taillights have been made into a 3D design element.

The new Yaris will be available in 12 colors including the newly developed Ice Pink Metallic and Coral Crystal Shine. It’ll also be available in a total of 6 two-tone color schemes paired with either a black or white roof. 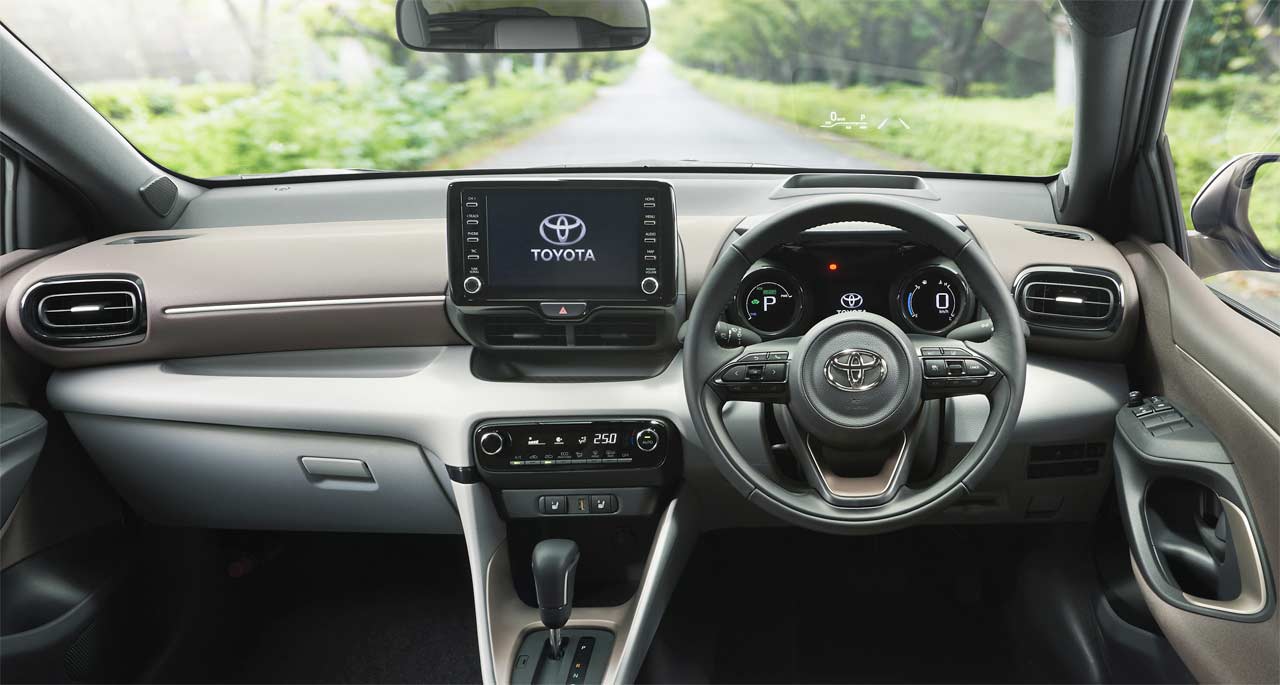 The interior layout looks clean and clutter-free with a soft-touch dashboard. Features include dual digital TFT meters, used for the first time in a Toyota. All models get a Display Audio (DA) system with smartphone connectivity as standard, while buyers can go for T-Connect Navigation Kit. A Head Up Display (HUD) is included as standard too. 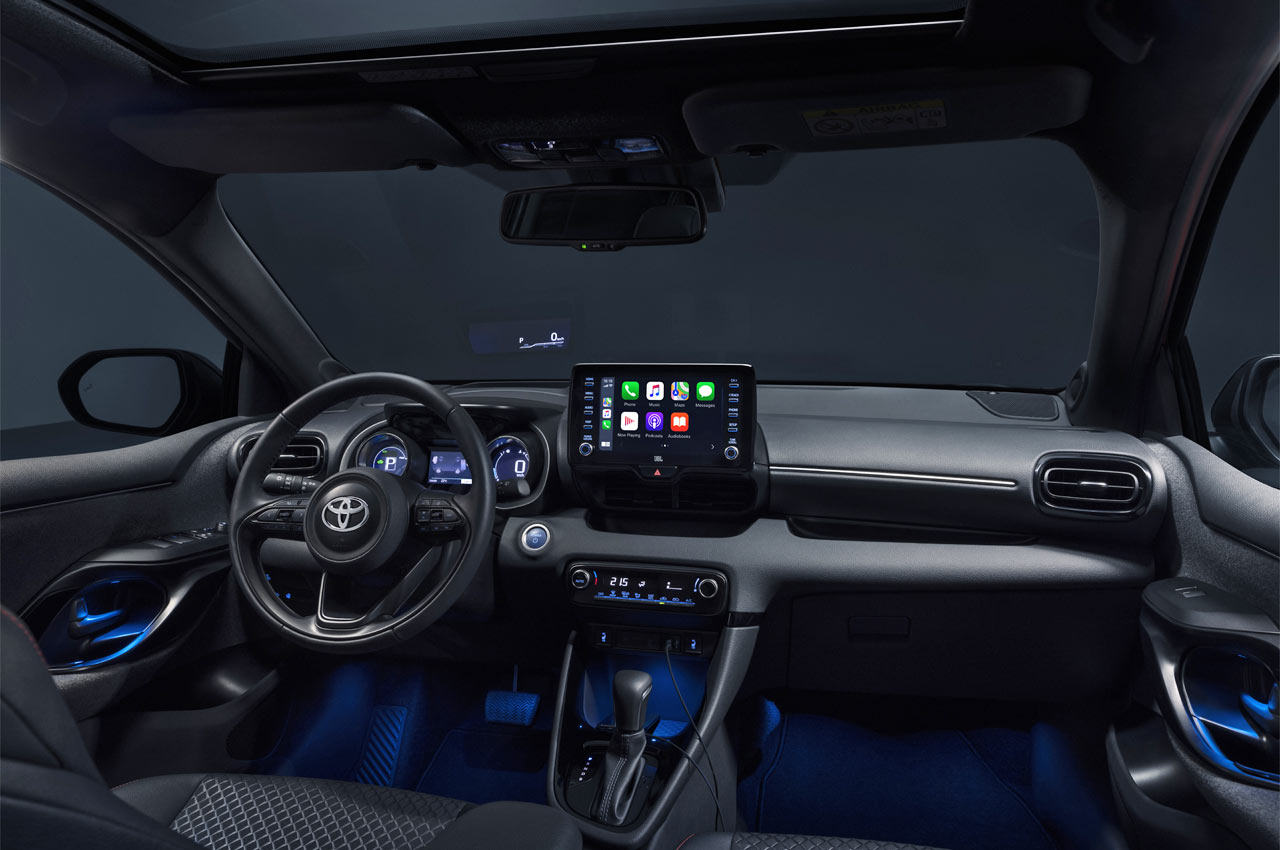 Other technologies include a Secondary Collision Brake, which contributes to mitigating the damage caused by secondary collisions, and Advanced Park – offered on a Toyota for the first time. The latter supports parking operations by controlling the steering wheel, accelerator and brakes. By setting the parking spot in advance, the system can also park in spots without white lines – claimed to be a world first feature. 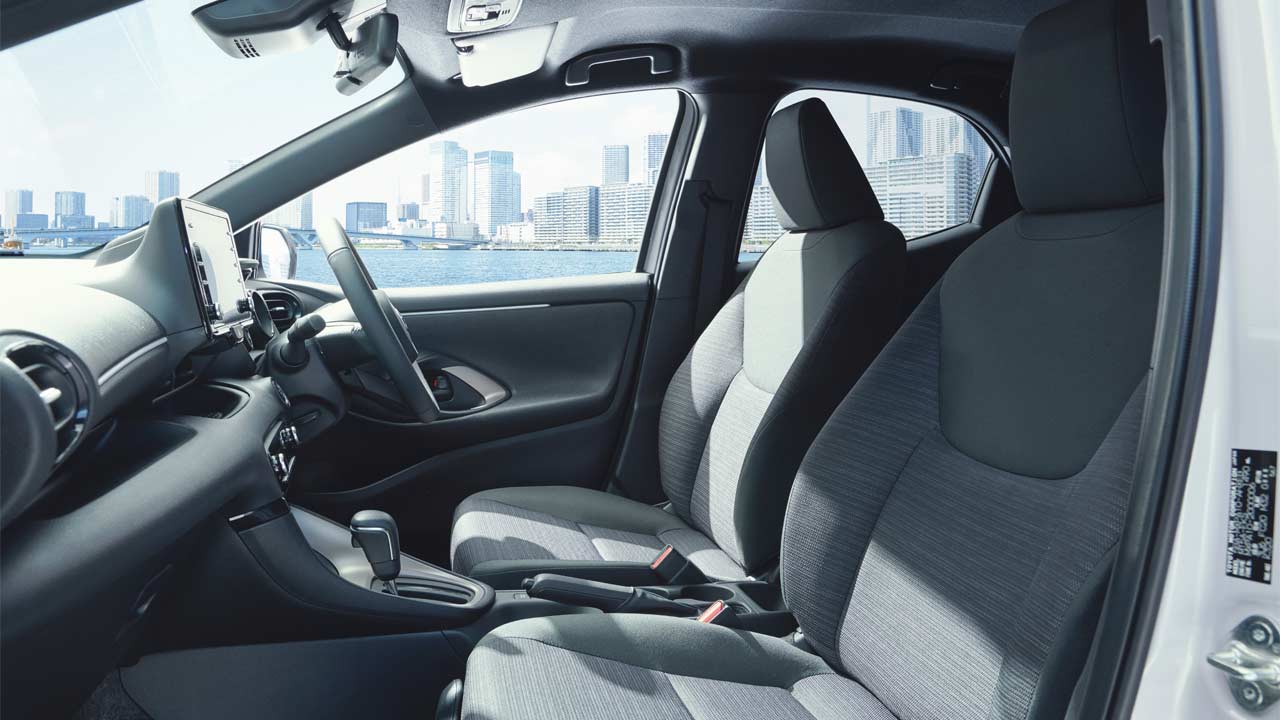 Other features include the new Turn Tilt Seats, which apparently makes it easy for the driver and front passenger to enter and exit the car by rotating the seat and tilting it. 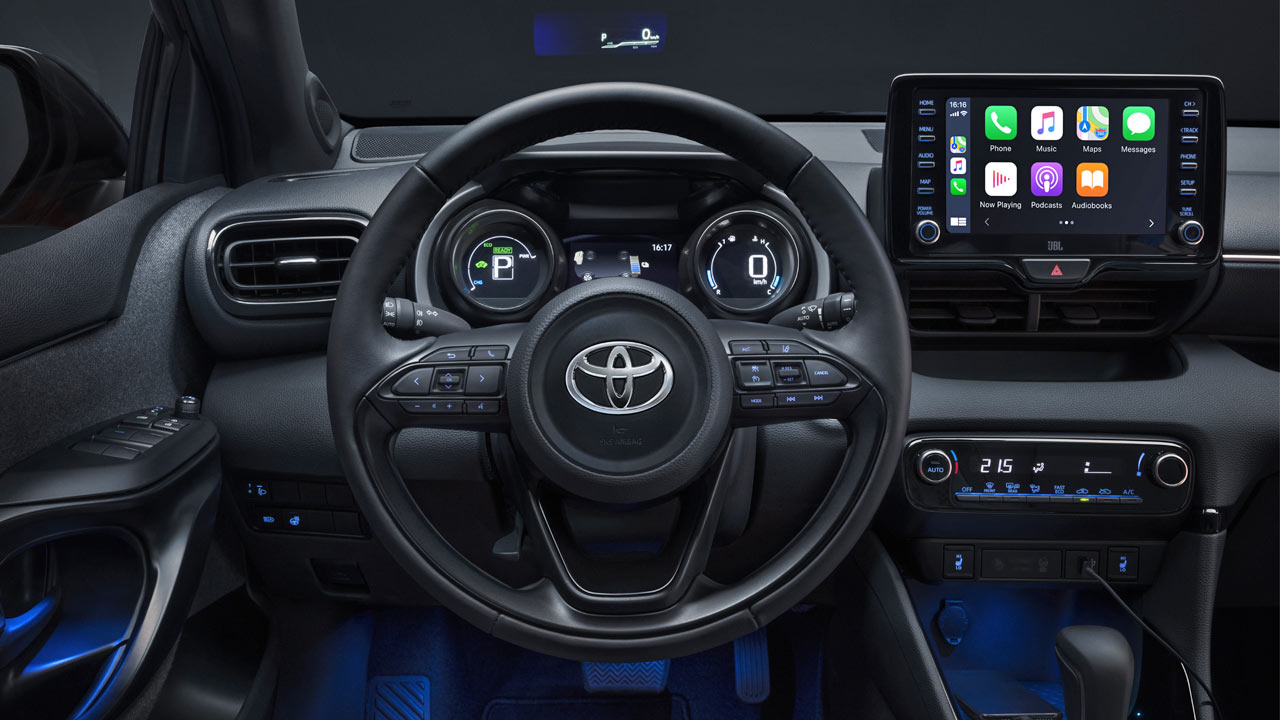 As for the business end of the story, the new Yaris will be available with 1.0L and 1.5L petrol, and 1.5L petrol-electric hybrid powertrains depending on the market, with FWD or AWD configurations. The 1.0L 3-cylinder petrol engine is paired with a CVT that sends power to the front wheels.

In the non-hybrid variants, the 1.5L engine is paired with a CVT (FWD or AWD) or a 6-speed manual transmission (AWD). 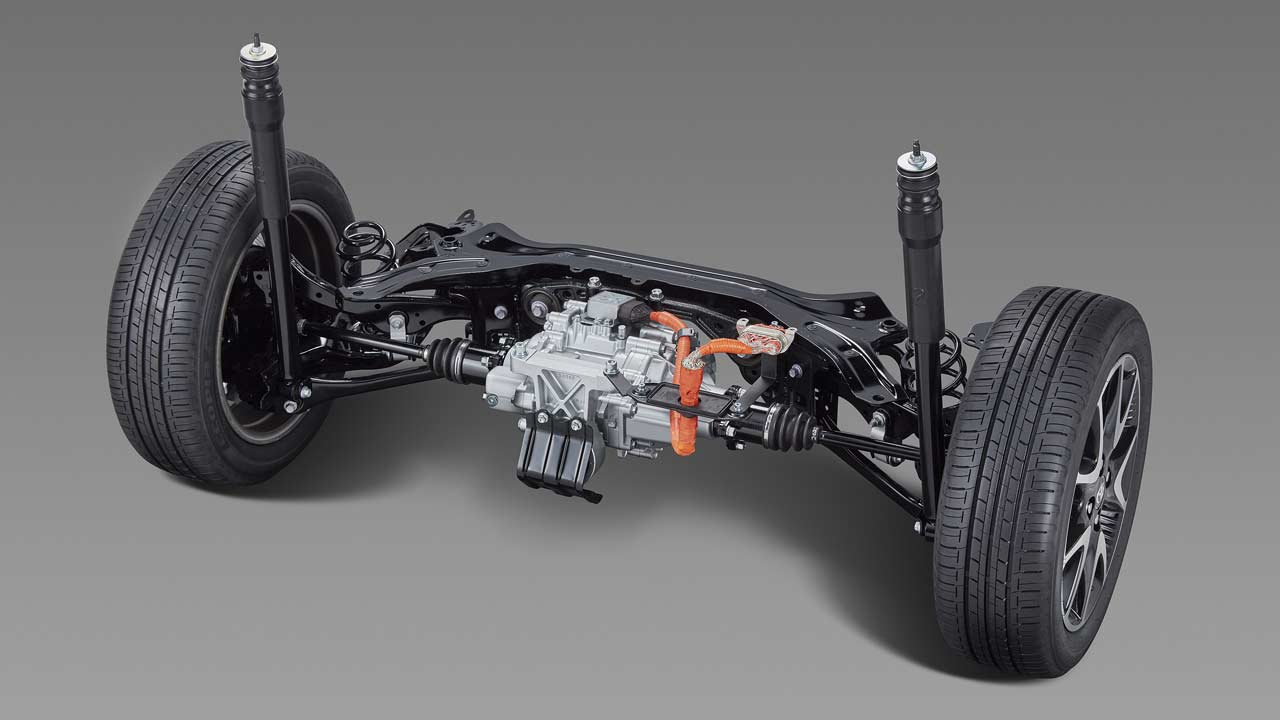 In the hybrid variants, the 1.5L engine is combined with an electric motor at the rear axle for E-Four (electric four-wheel-drive system). The system output is up by 15 percent, apparently. The hybrid system also adopts a new lithium-ion battery, which is 27 percent lighter than the nickel-metal hydride battery it replaces.

The new Yaris is scheduled to go on sale in Japan starting in mid-February 2020. As for the European markets, the new Yaris will be manufactured at Toyota’s facility in France, which has received over €300 million investment to produce GA-B vehicles. 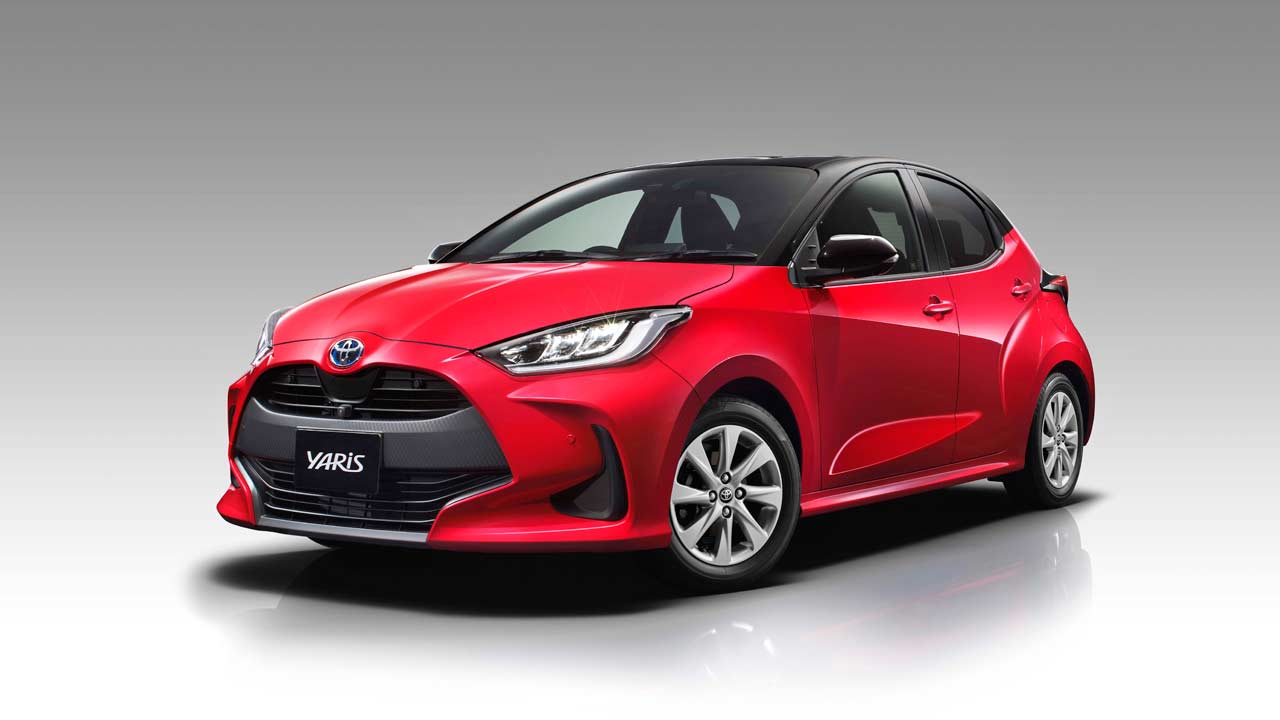 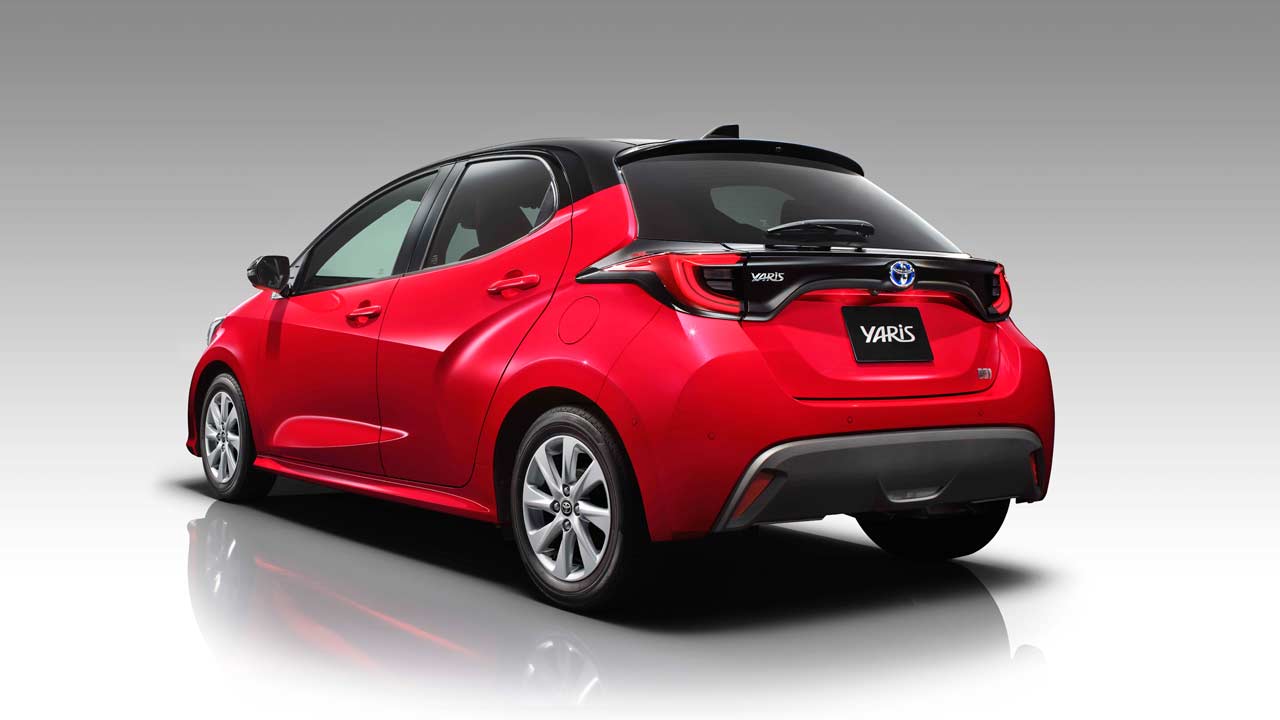 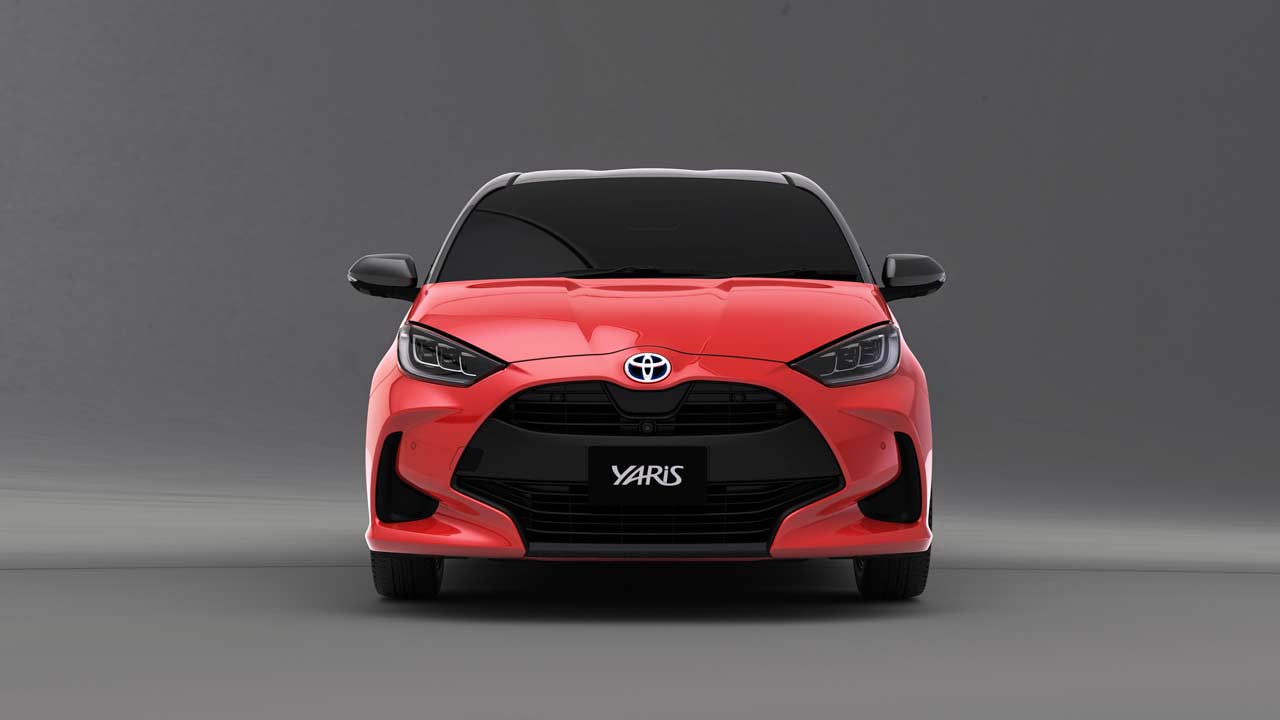 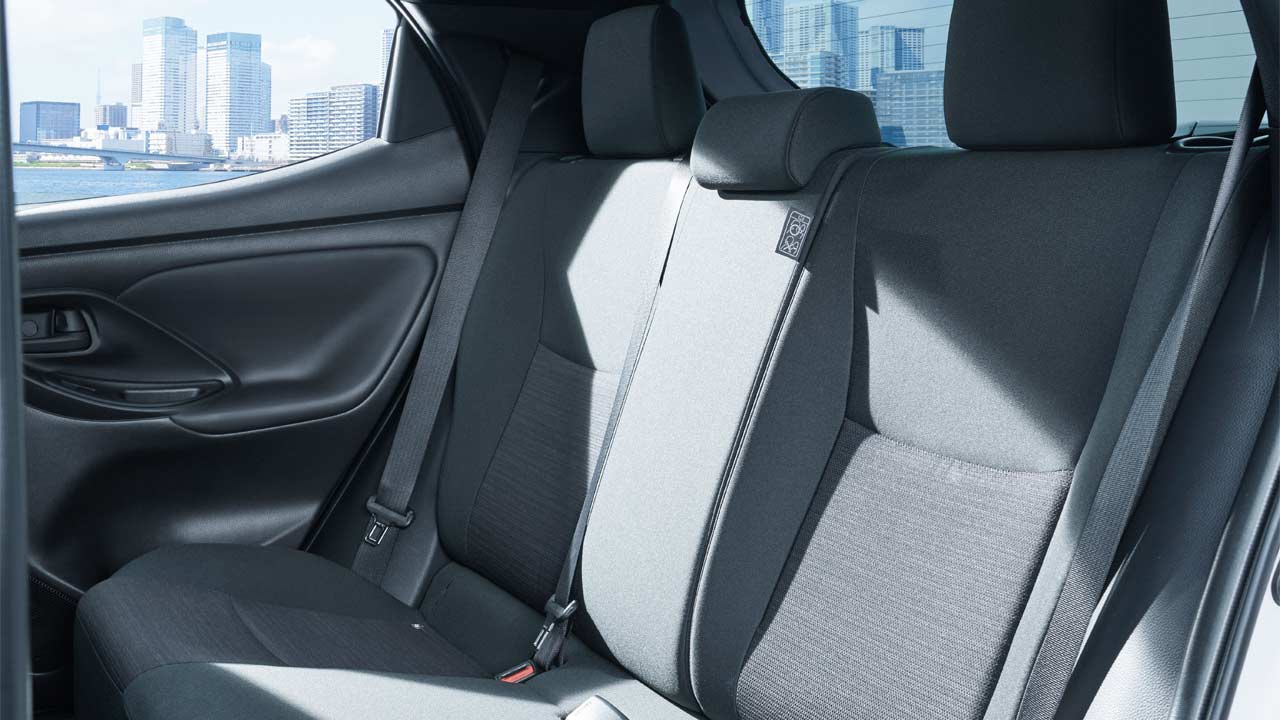 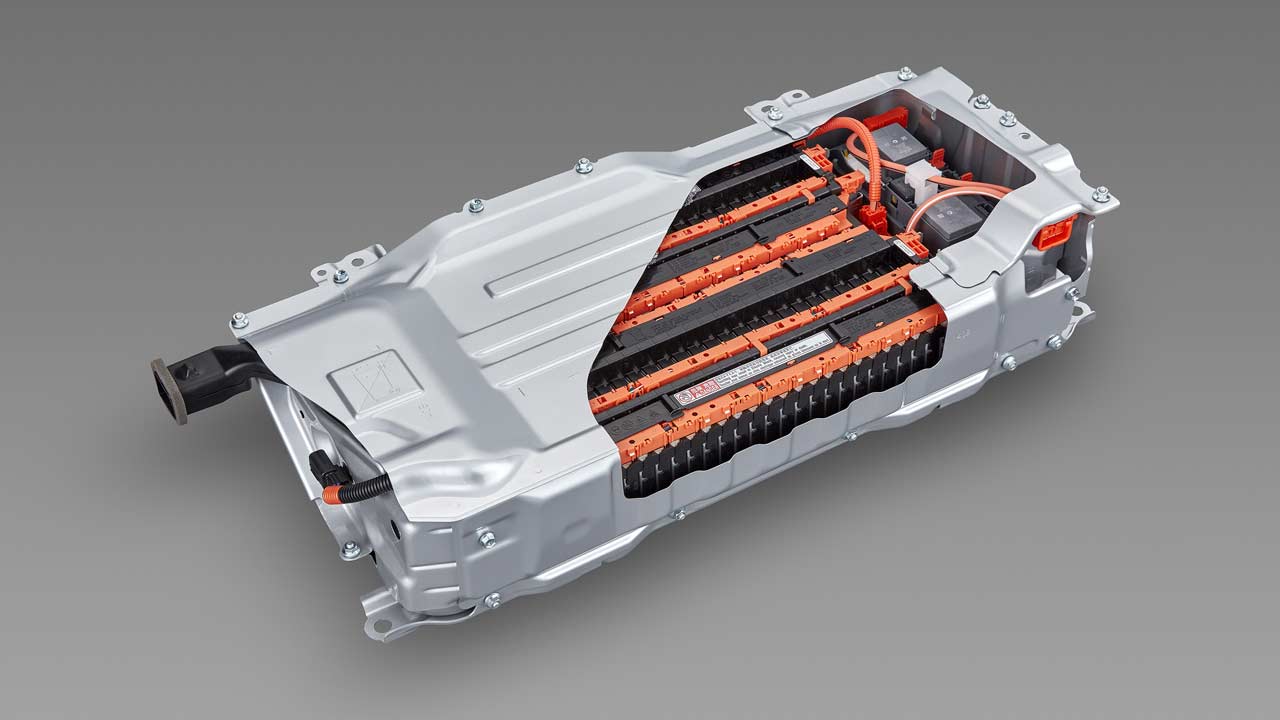 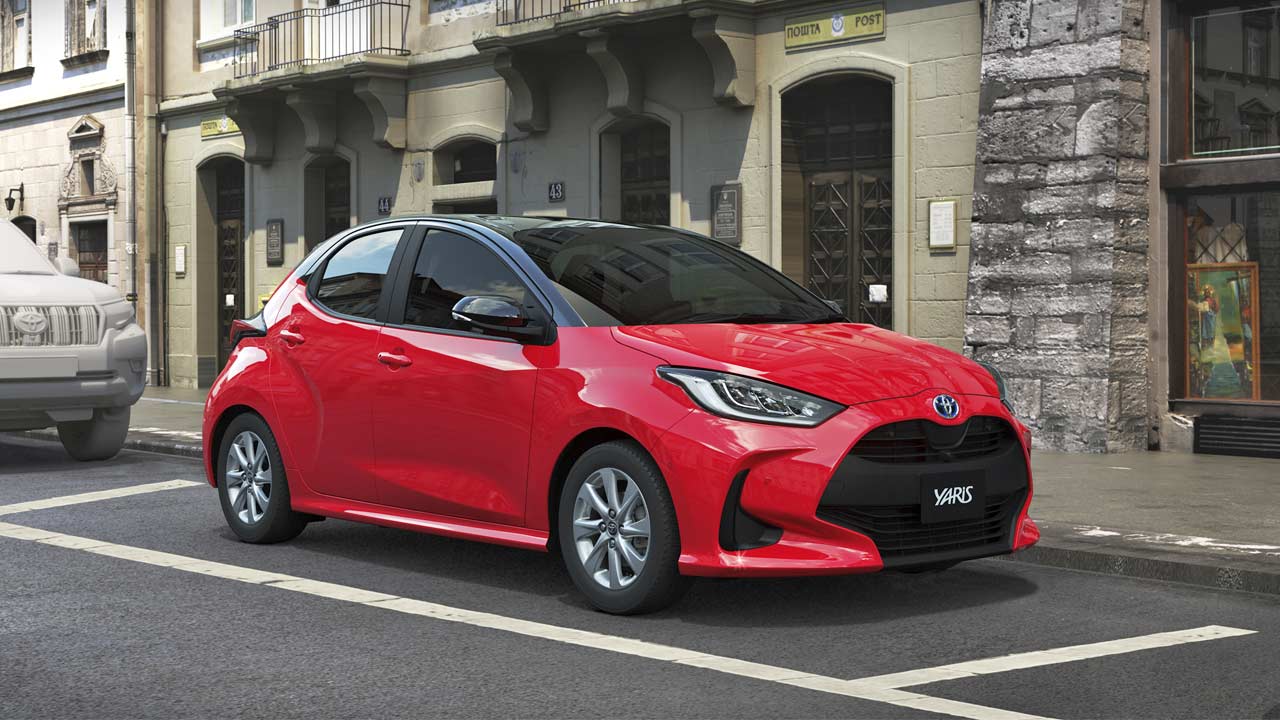 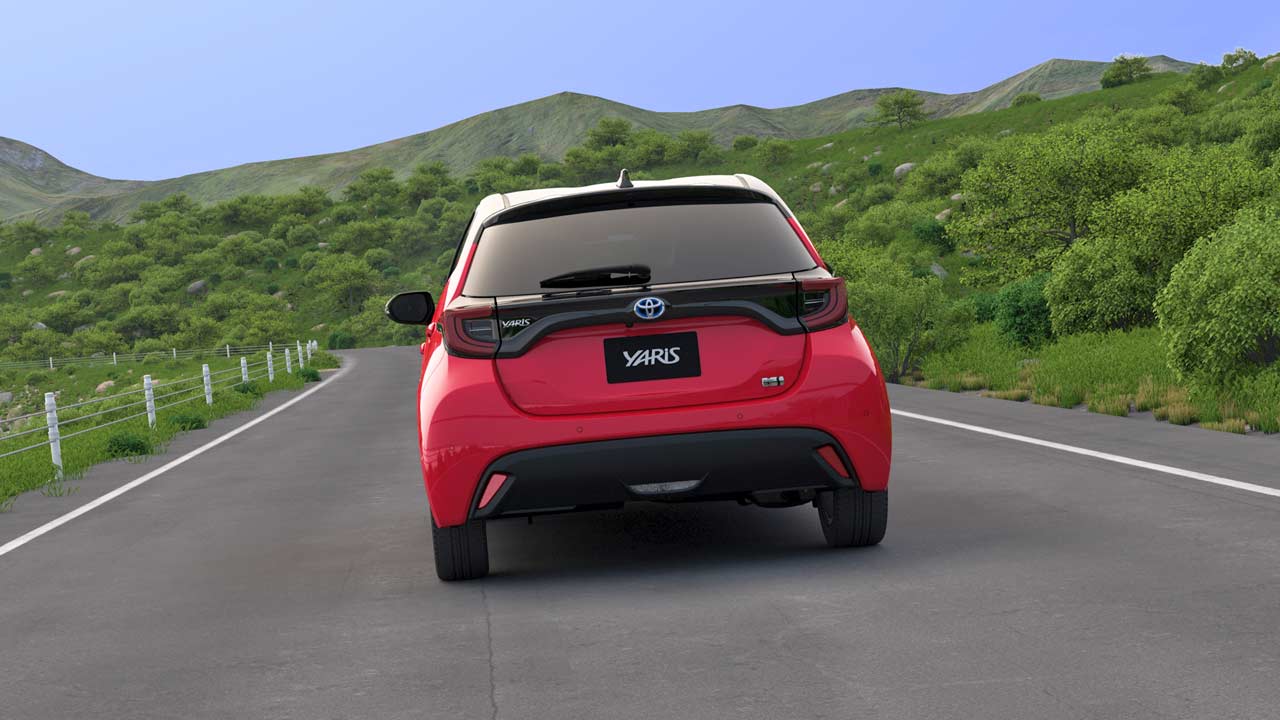