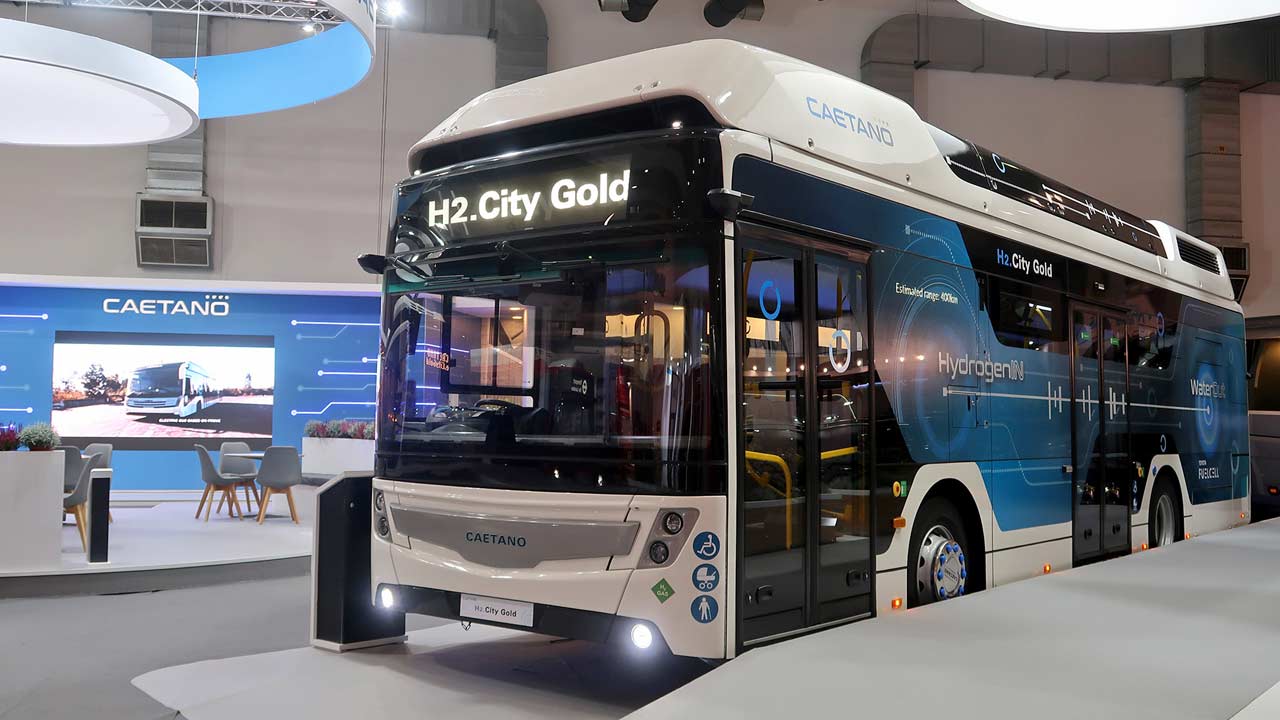 Portugal’s CaetanoBus has revealed the H2.City Gold at Busworld 2019 in Brussels. The bus is the first product of a collaboration announced in September 2018 by Toyota’s European subsidiary — Toyota Motor Europe, and CaetanoBus to build hydrogen fuel cell city buses.

The bus uses the same fuel cell stack as the Toyota Mirai, with the stack mounted on the bus roof. The five hydrogen tanks with a total capacity of 37.5 kg (83 lbs) are claimed to give a range of up to 400 km (249 mi). It can be refueled with hydrogen pressurized at 350 bar in under 9 minutes, Toyota said. 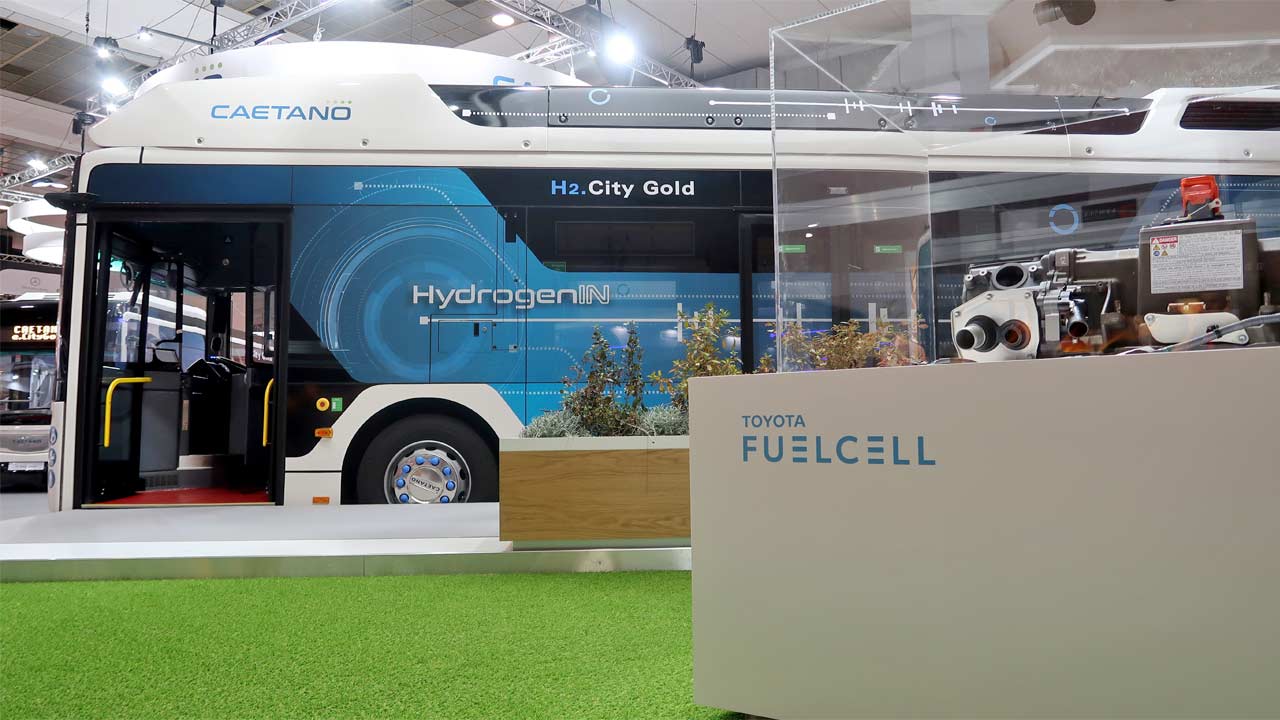 The electric motor is rated at 180 kW (245 metric hp). The bus will be available in 10.7 or 12 m, LHD and RHD variants. The vehicle is equipped with hydrogen leakage sensors in the fuel cell and hydrogen tanks, and crash sensors so that in an event of a leak or an accident, the safety system cuts off the hydrogen flow.

The trial runs will begin in various European cities over the next months, before commercialization in mid-2020.