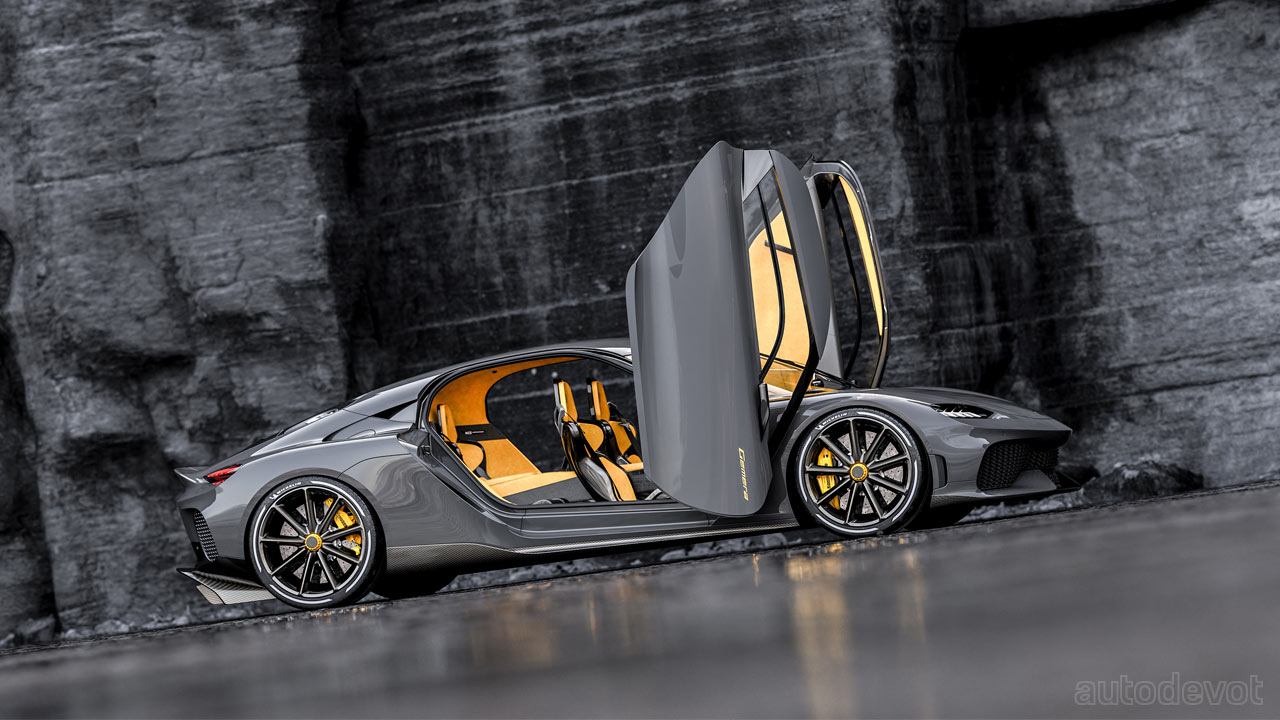 Simply put, the Koenigsegg Gemera is a hypercar version of the likes of Porsche Panamera and AMG GT 4-door. The difference is, of course, the Gemera has only two doors and that’s actually the idea, to make the car appear like a 2-door coupe but can also accommodate two more fully grown adults for those track days.

So, when Christian von Koenigsegg says that “the Gemera is a completely new category of a car where an extreme megacar meets spacious interior and ultimate environmental consciousness,” we have to agree that his latest creation is indeed a “Mega-GT”. 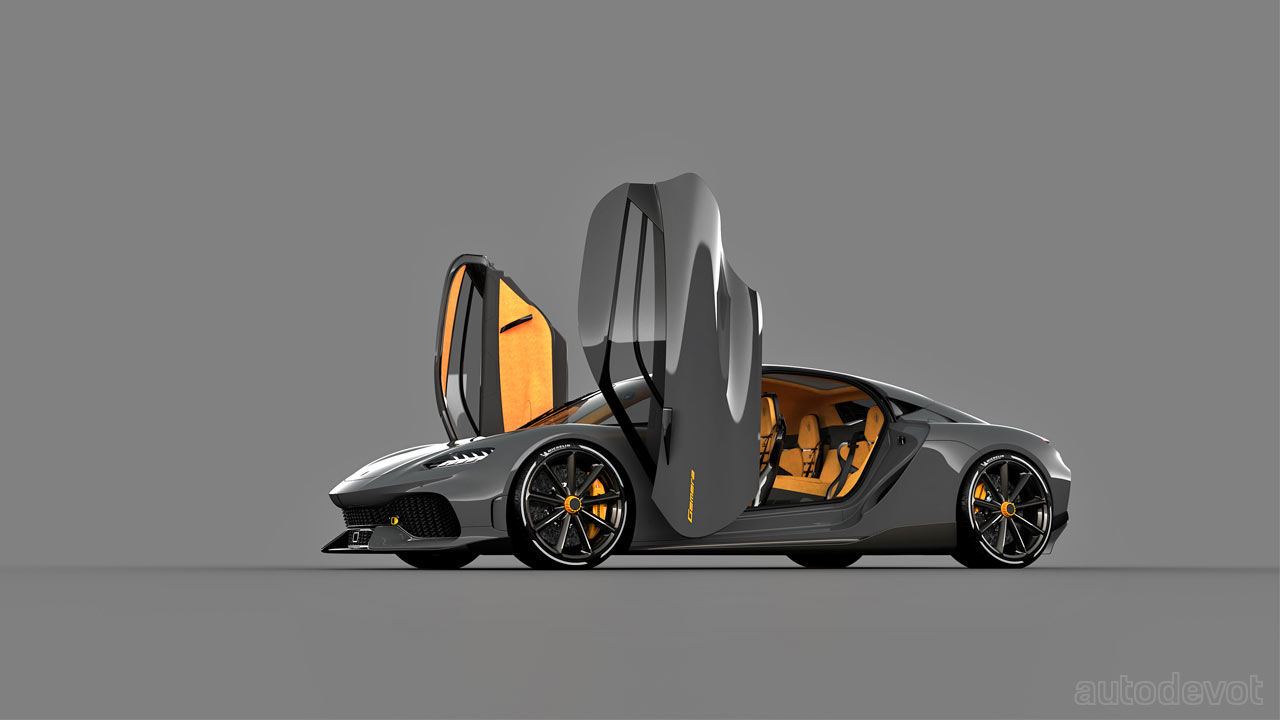 The design of the Gemera is a slight departure from the Koenigseggs we’ve seen so far. However, it does retain some of the signature elements such as the wraparound windscreen with a central wiper, the shape of the windows, and of course, the doors. Dubbed as Koenigsegg Automated Synchrohelix Actuation Doors (KATSAD), the doors will grant access even to the rear seats as there’s no obstruction of B-pillars. They have sensors to detect obstacles such as a wall or roof in a parking space and can avoid scratches accordingly. The doors open up a bit higher too to avoid curbs. More on the design here. 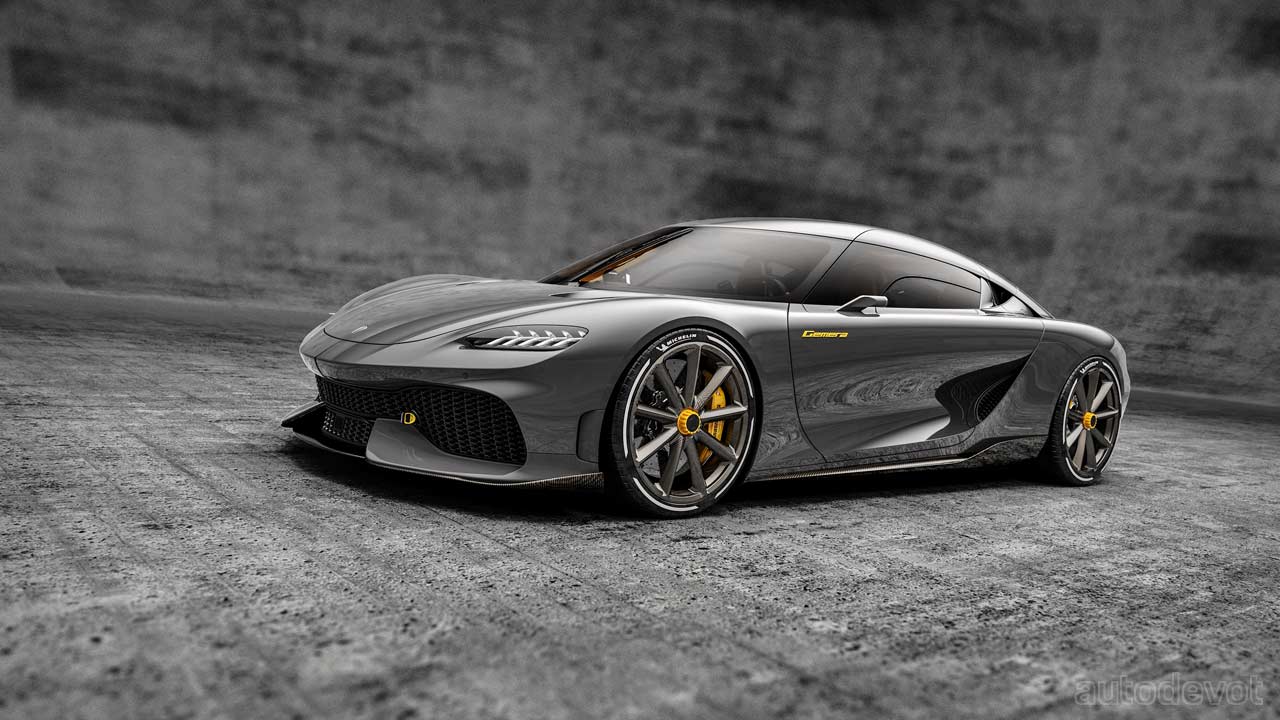 The car rides on a new, in-house designed 9-spoke AirCore carbon fibre wheels measuring 21-inches at the front and 22-inches at the rear; both weigh under 9 kg each.

In true Koenigsegg fashion, the vented headlights and taillights are developed in-house and so are the LED light signatures. This is also the first Koenigsegg to replace the traditional wing mirrors with cameras to reduce drag. The door camera pods also incorporate Koenigsegg’s ADAS and bird’s eye view cameras. 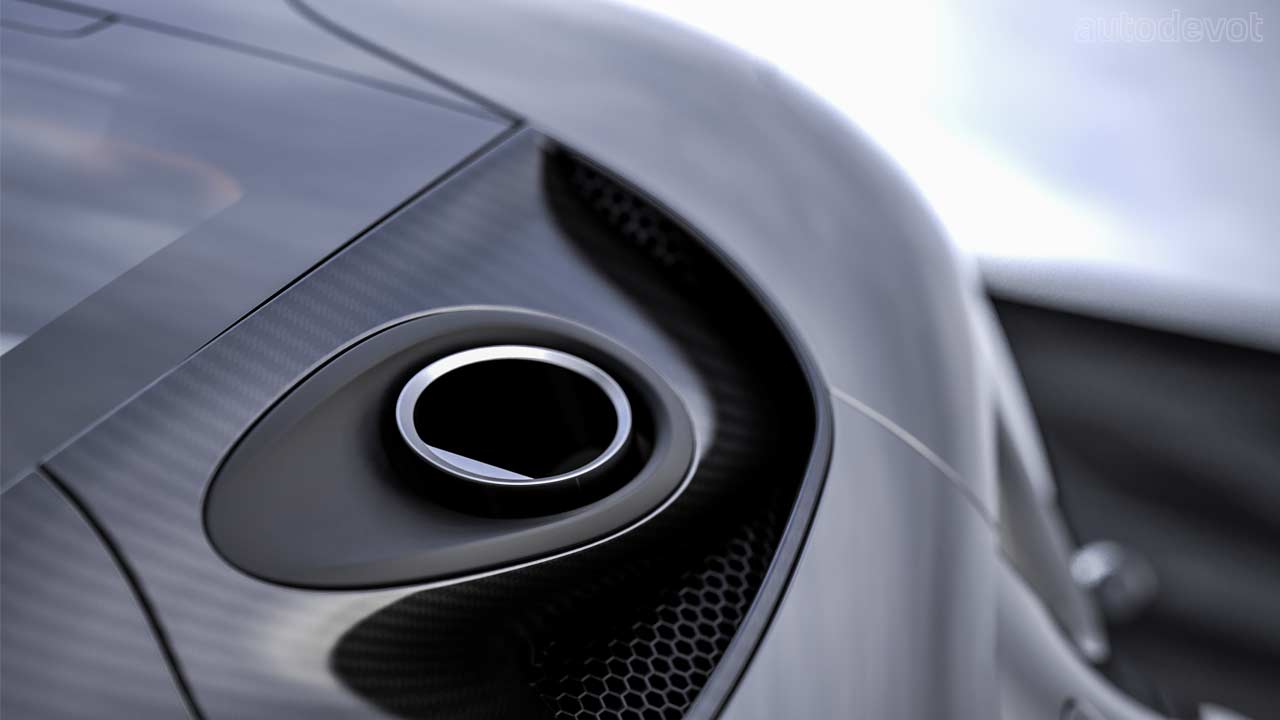 The top-mounted titanium exhausts are co-developed with Akrapovič, and are claimed to offer performance benefits such as shorter piping, less weight, less backpressure and better temperature management compared to traditional systems.

The clever design of the platform has allowed for more luggage space. In addition to the frunk, there’s also a “boot” at the rear with a hinged glass panel that opens up a deep luggage compartment. 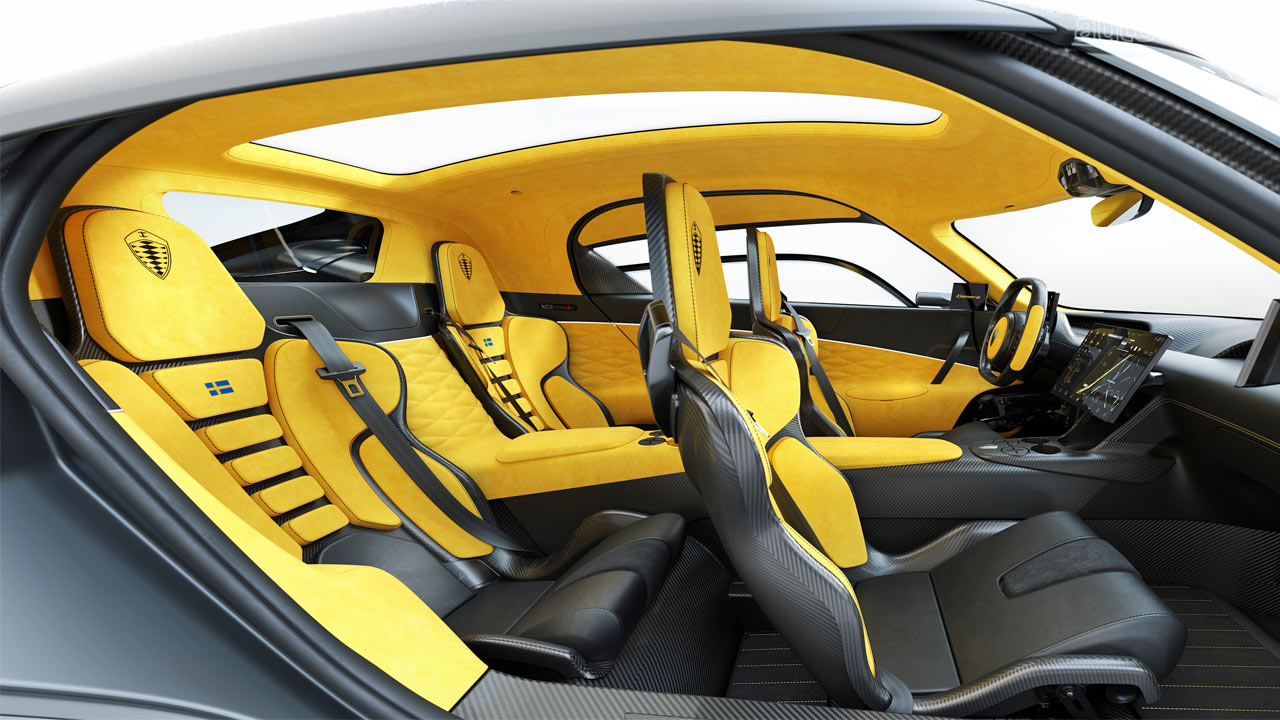 According to Christian, the name ‘Gemera’ was pitched by his mother during a family dinner. It’s a portmanteau of ge mera, meaning “give more” in Swedish. Looking at the Gemera’s interior, the name seems to be perfect, it does appear to have plenty of space for four fully grown adults. After all, it measures 4,975 mm in length with a wheelbase of 3,000 mm. 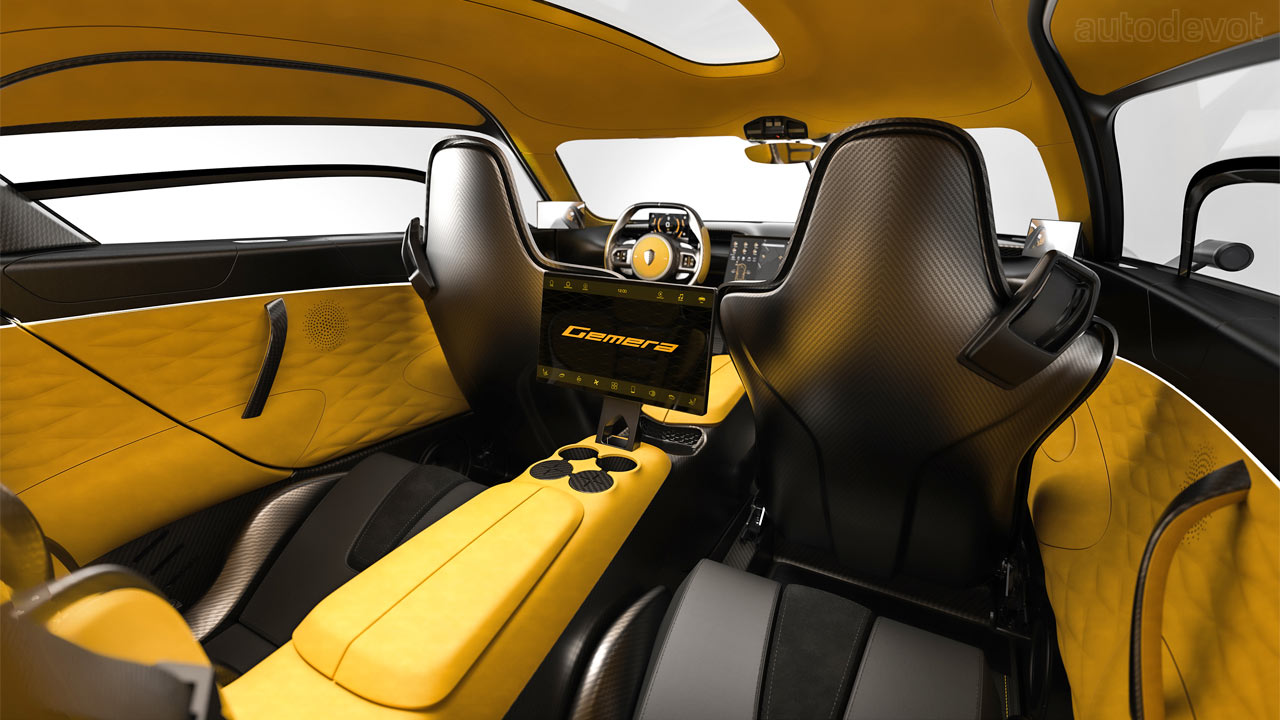 In addition to a large central screen, creature comforts would also include 8 cup holders (2 per person, one hot and one cold), separate climate control for rear seats, a 11-speaker audio system, onboard Wi-Fi, wireless smartphone charging (front & rear), and four reading lights as well. 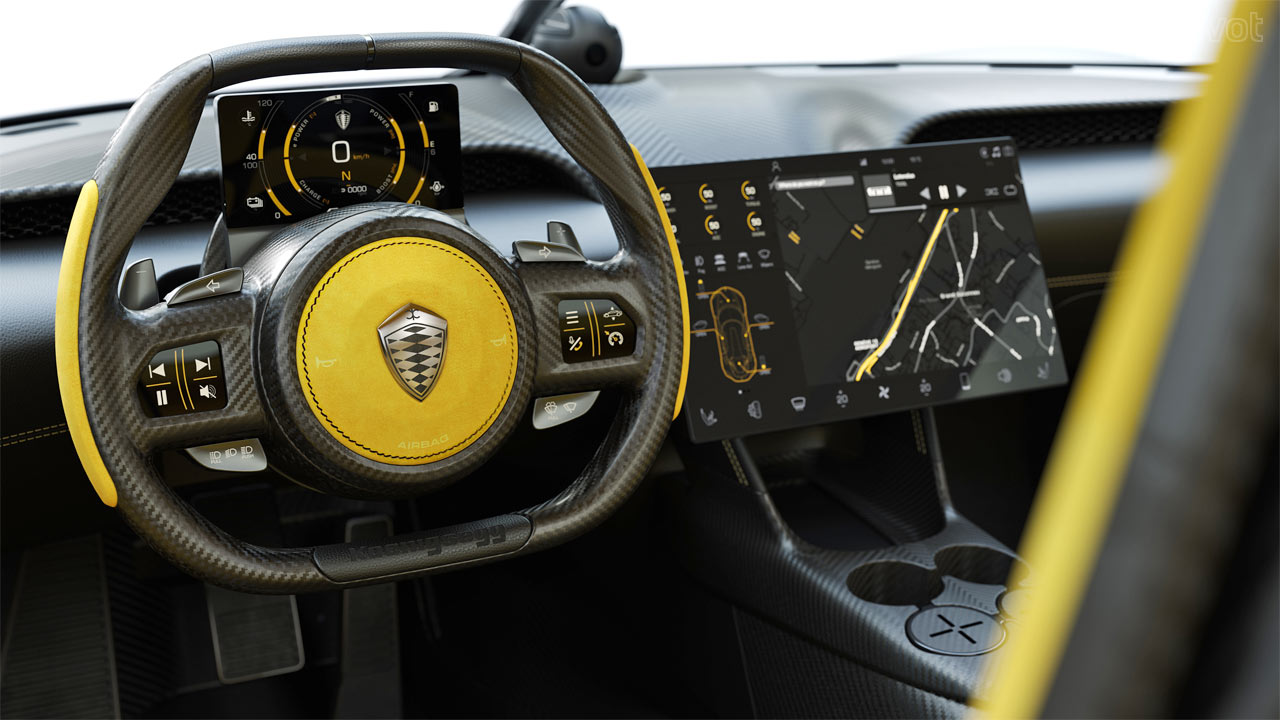 You might recognize the digital instrument display with self-leveling graphics and haptic touch controls on the steering wheel we first saw in the Jesko. Another interesting fact is that the steering wheel steers all four wheels. 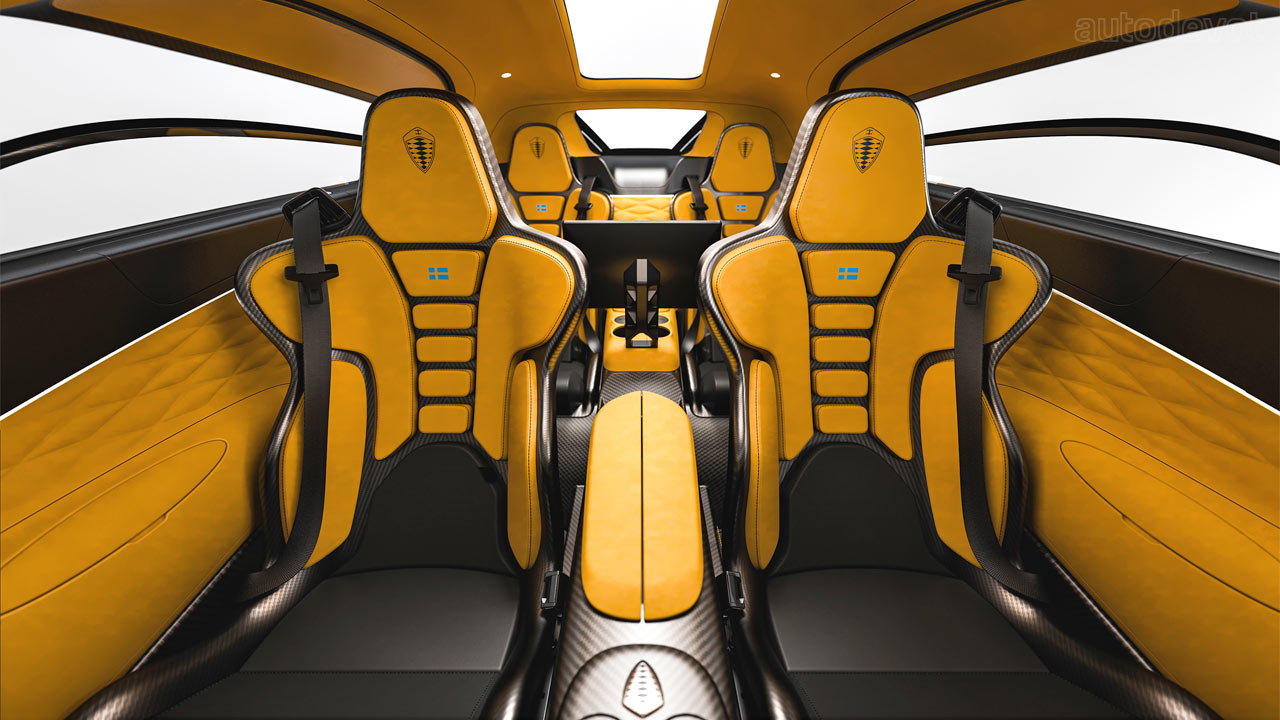 In order to maximize the space inside, the hollow carbon fibre front seats are 4-way electric adjustable and come with an integrated seat belt system as the B-pillars are absent and to make the rear seats obtrusion free. They weigh 17 kg in total, thanks to a hollow pre-preg carbon construction.

All four seats are heated for winter and passively vented to reduce moisture build-up in the summer heat. 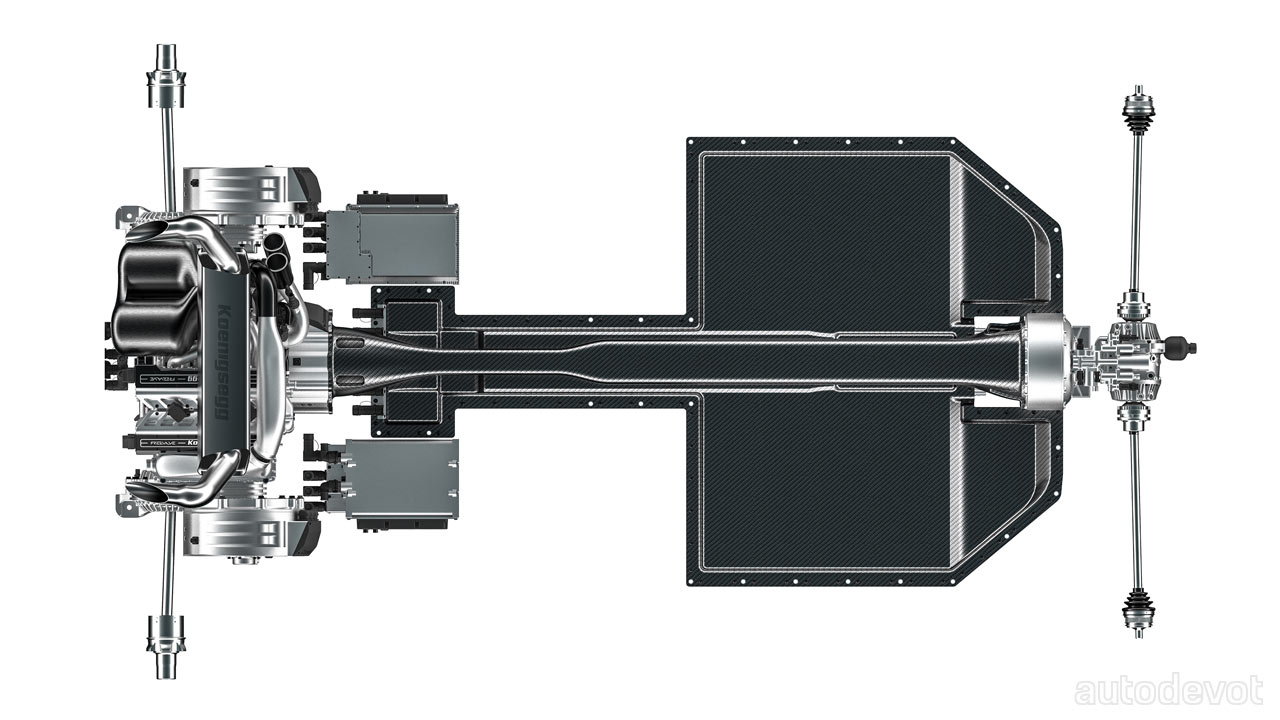 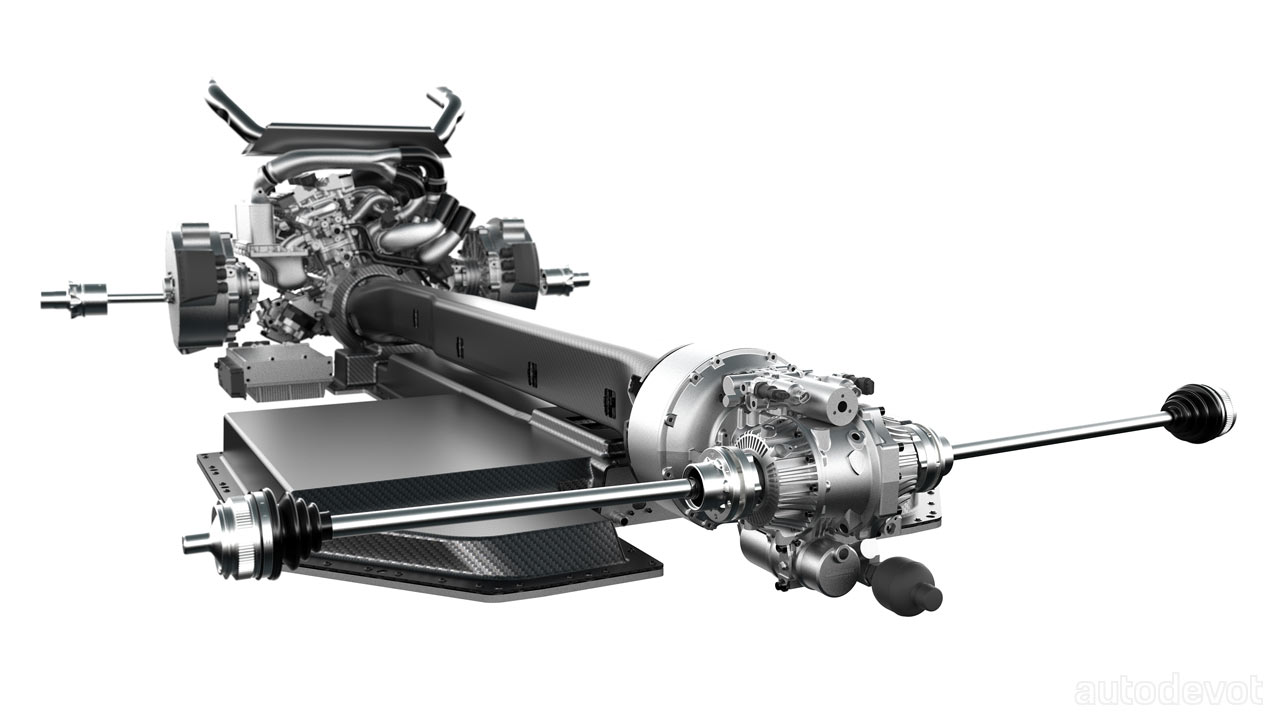 There’s one electric motor for each rear wheel with 500 hp and 1,000 Nm each. Another electric motor on the crankshaft produces 400 hp and 500 Nm to power the front wheels (together with the ICE) with HydraCoup; the mechanism is similar to Regera‘s Direct Drive Transmission (KDD). More info on the tech specs here. 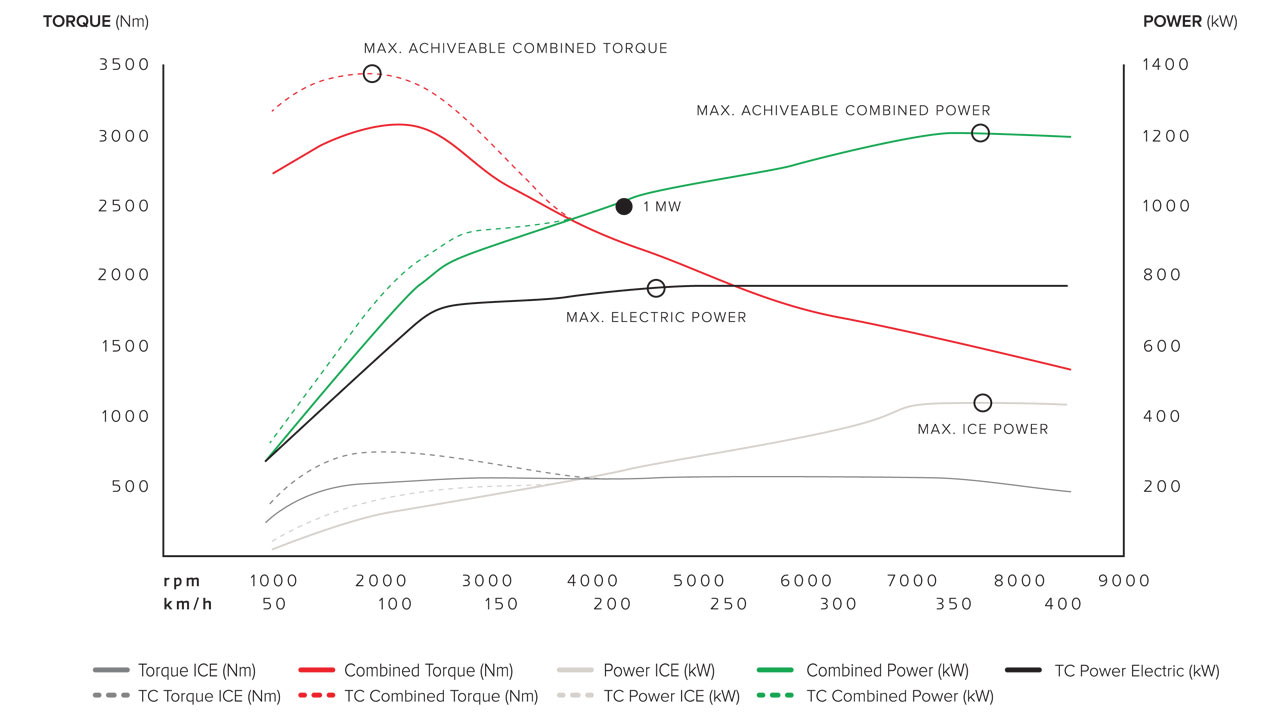 Best of all, Koenigsegg is building 300 units of the Gemera, which is a lot for a boutique hypercar maker. 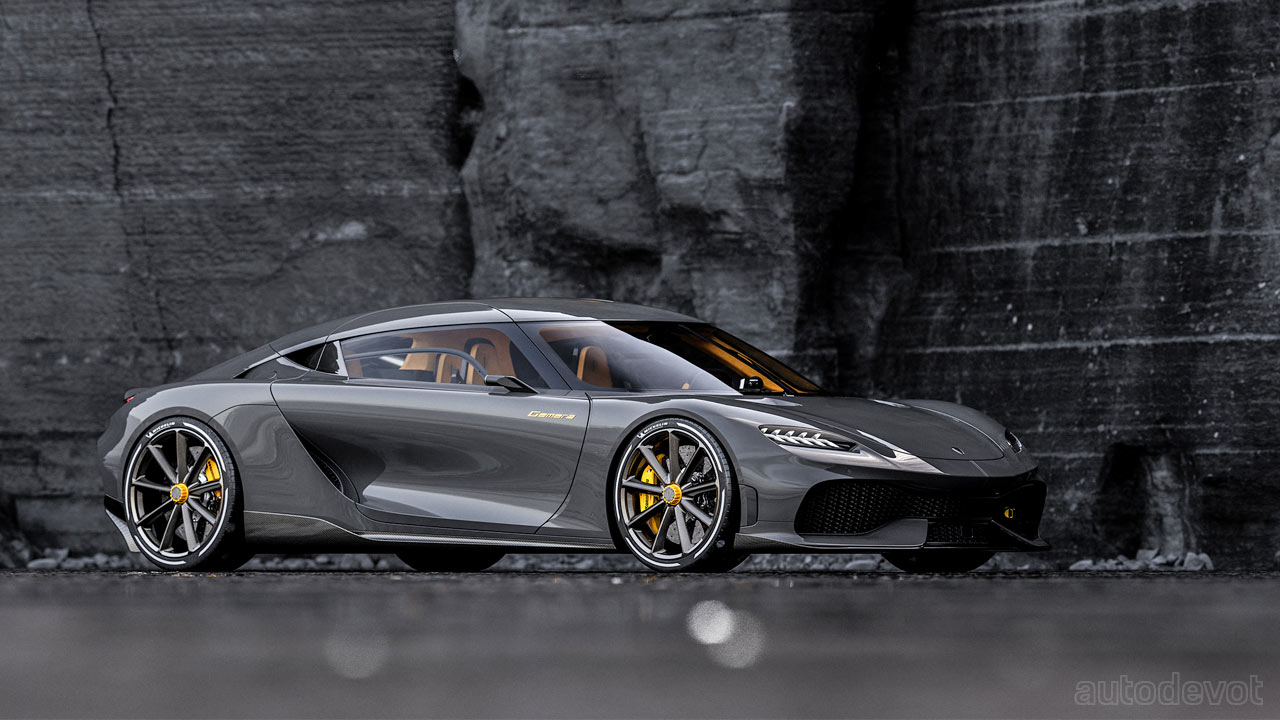 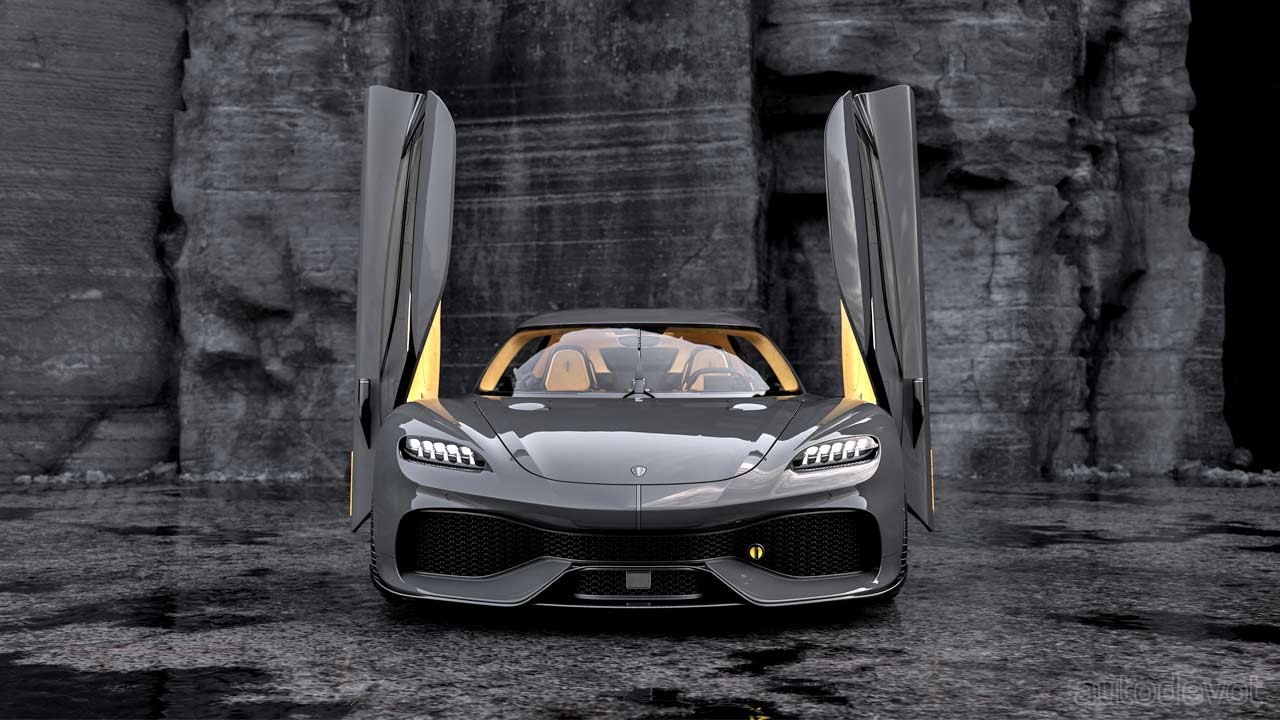 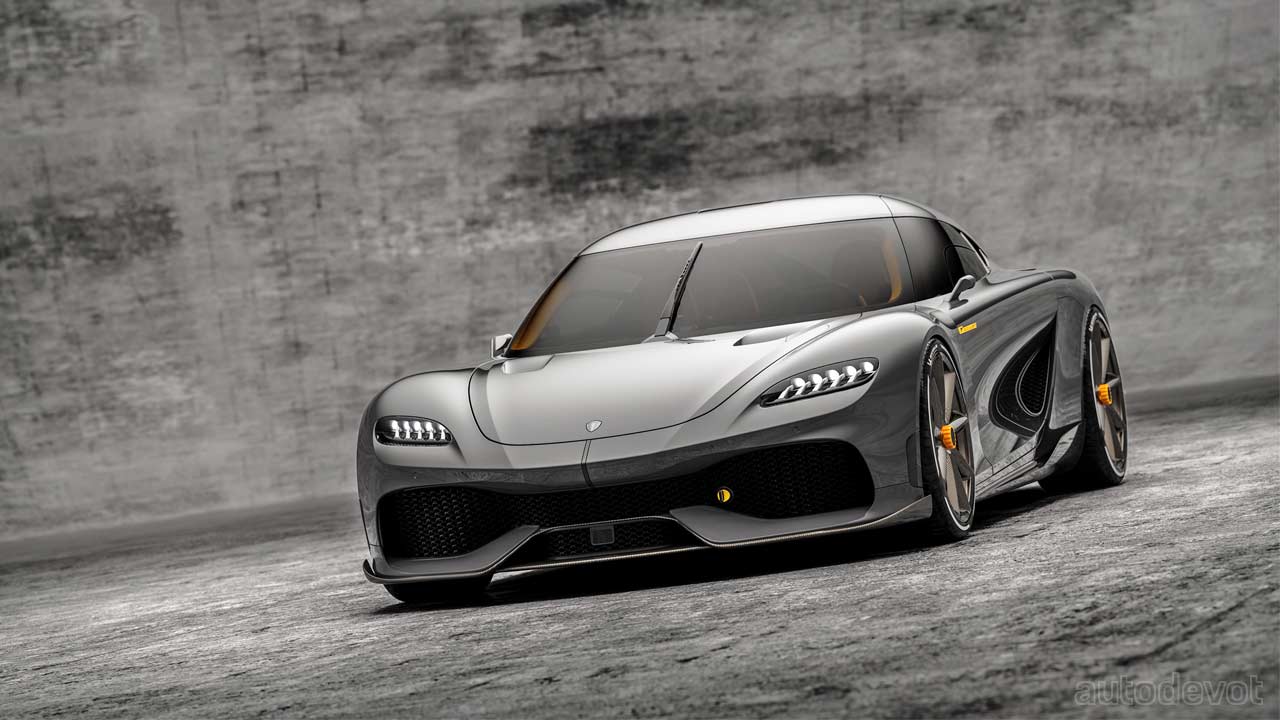 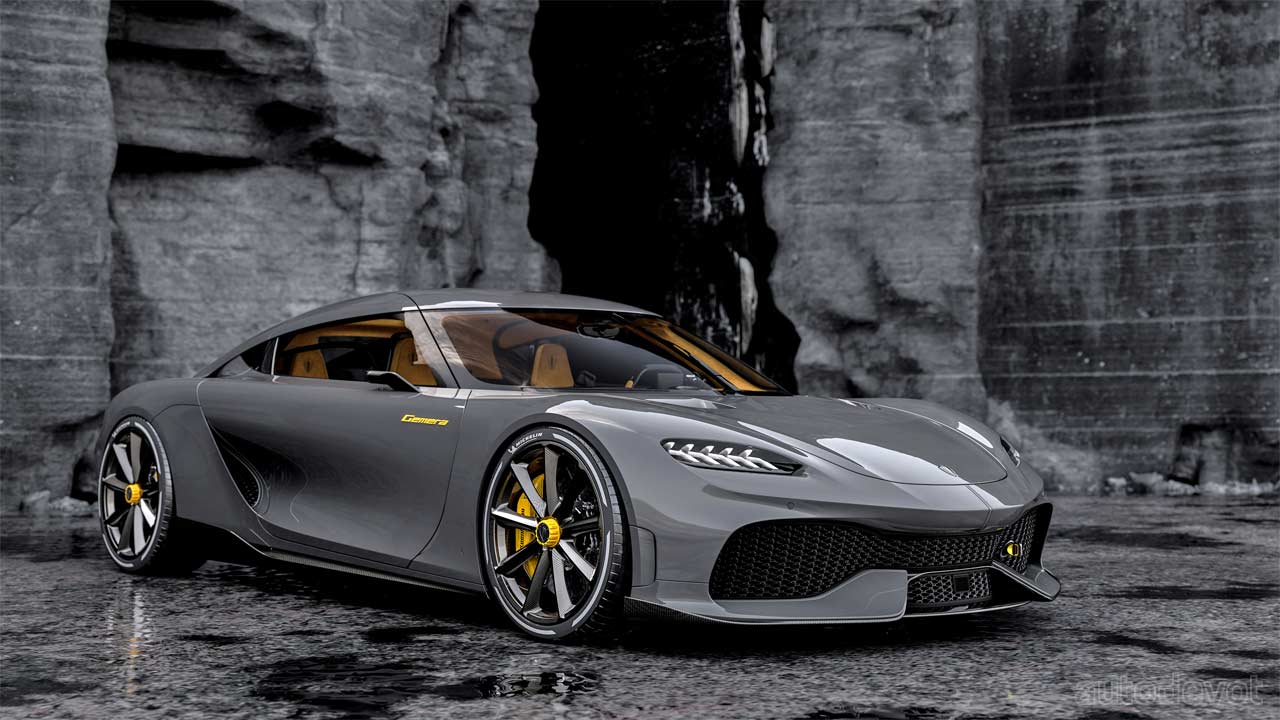 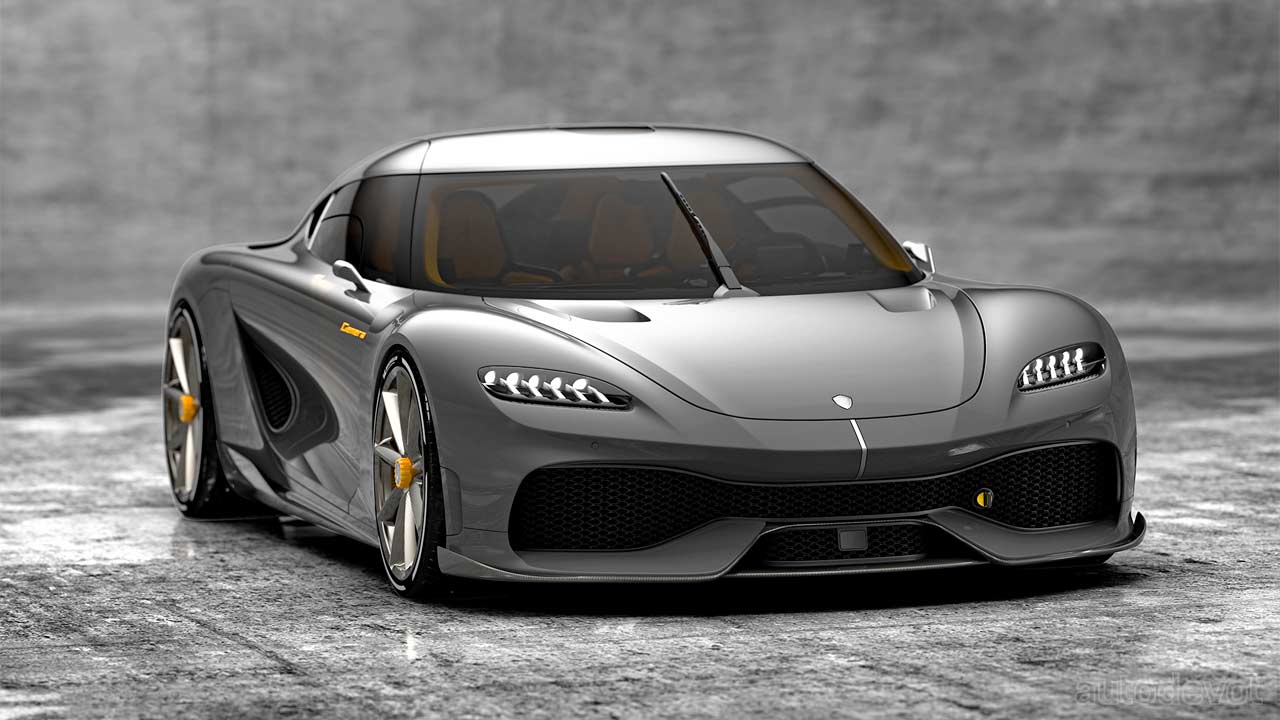 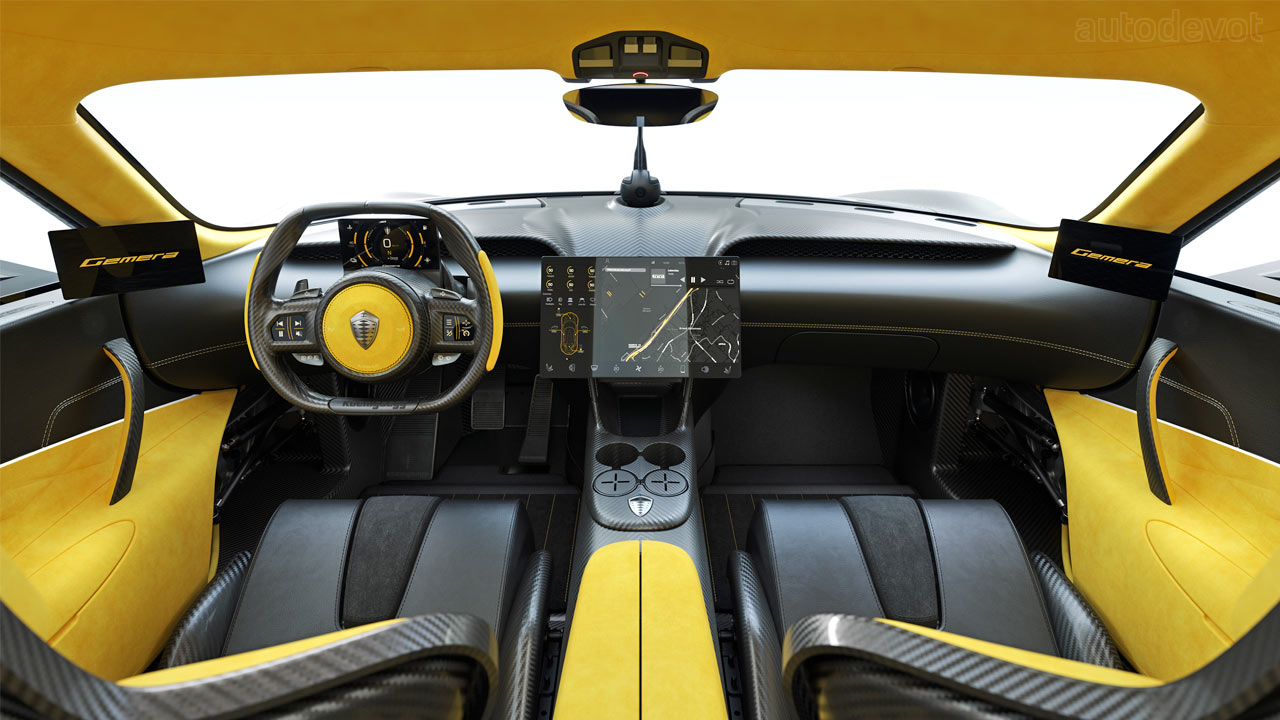 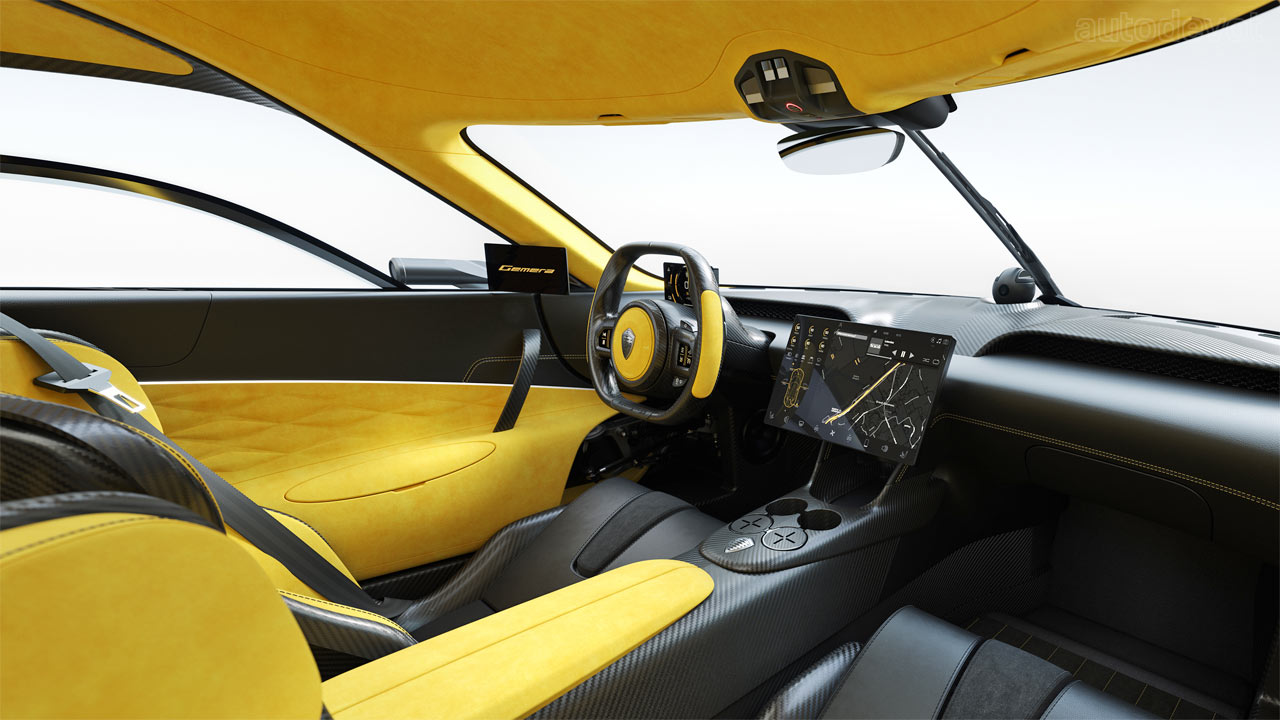 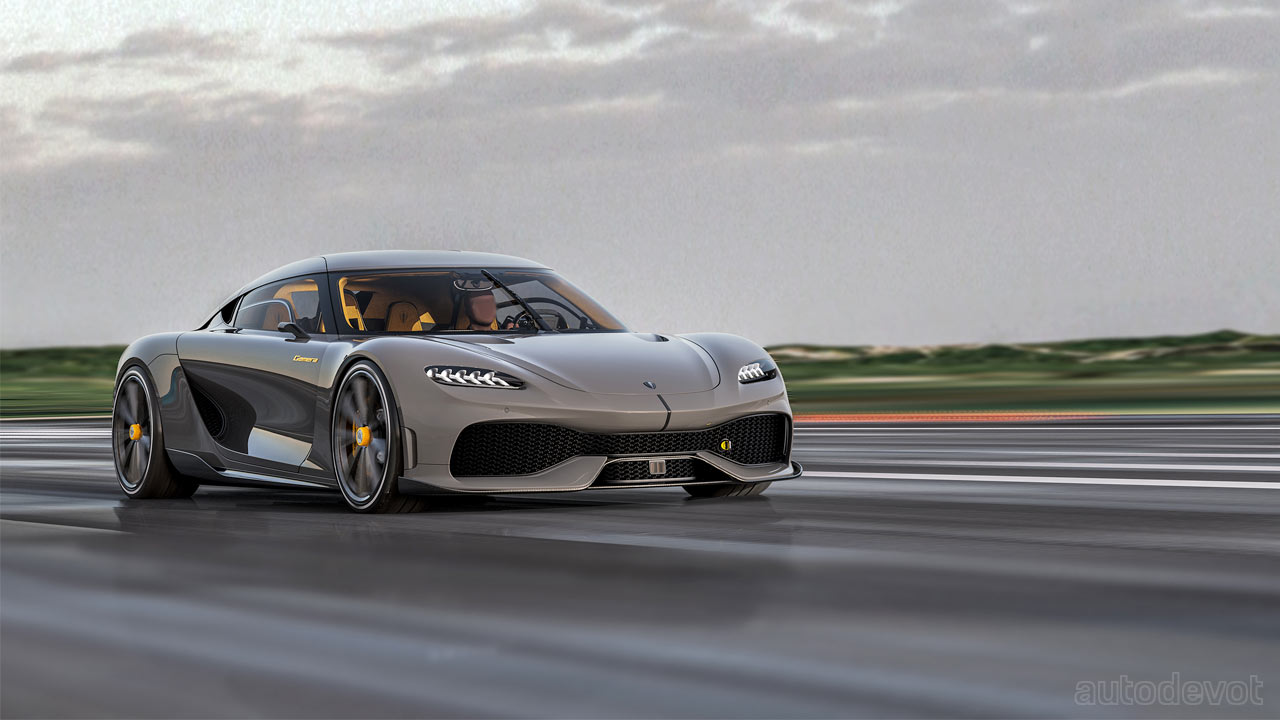 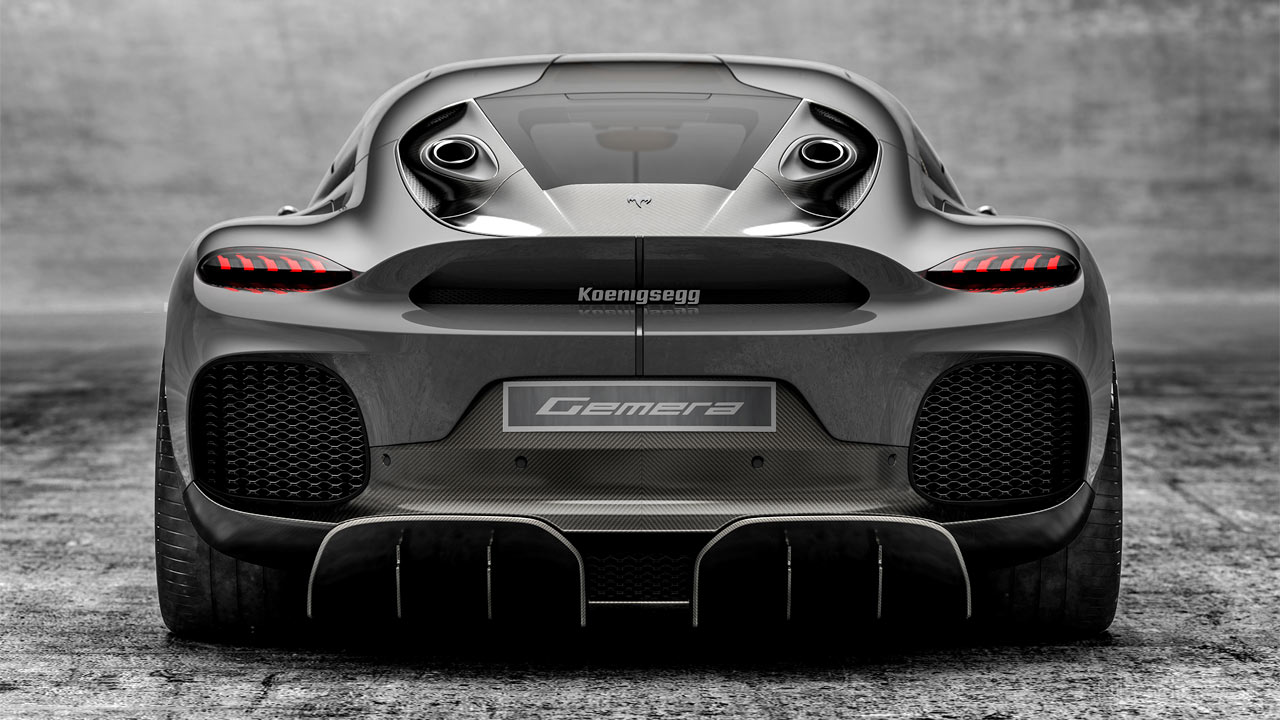 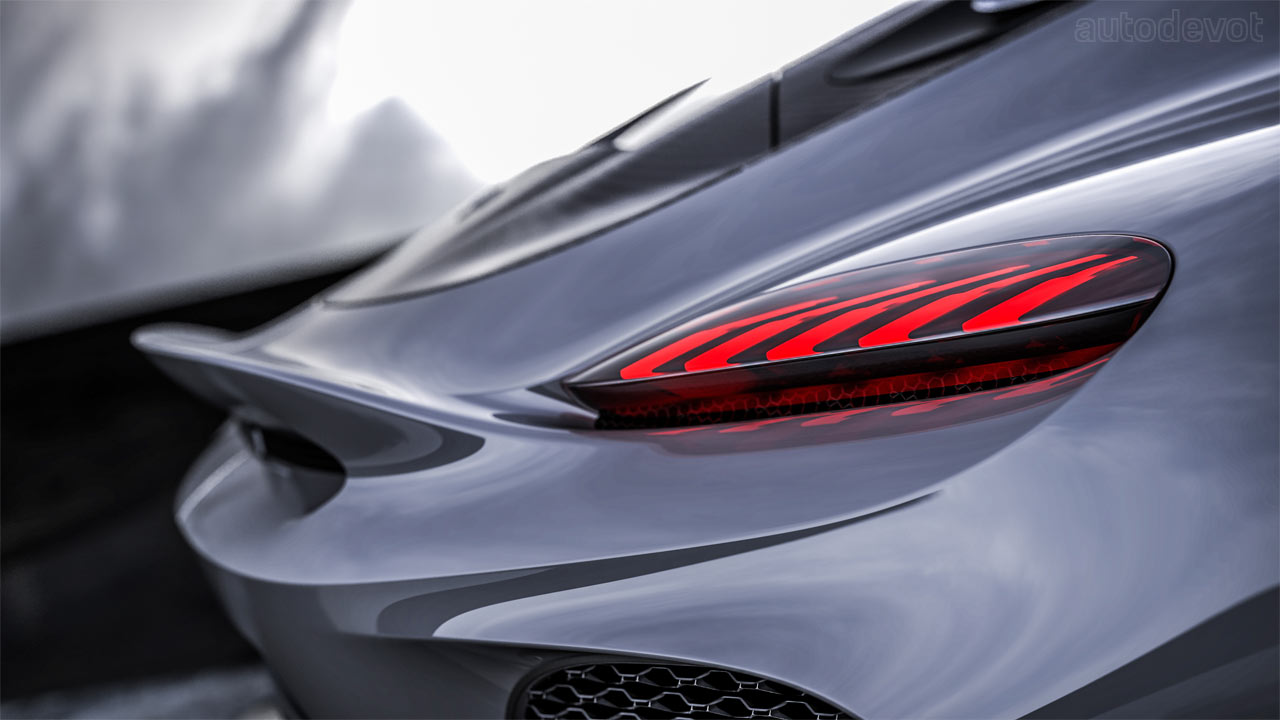 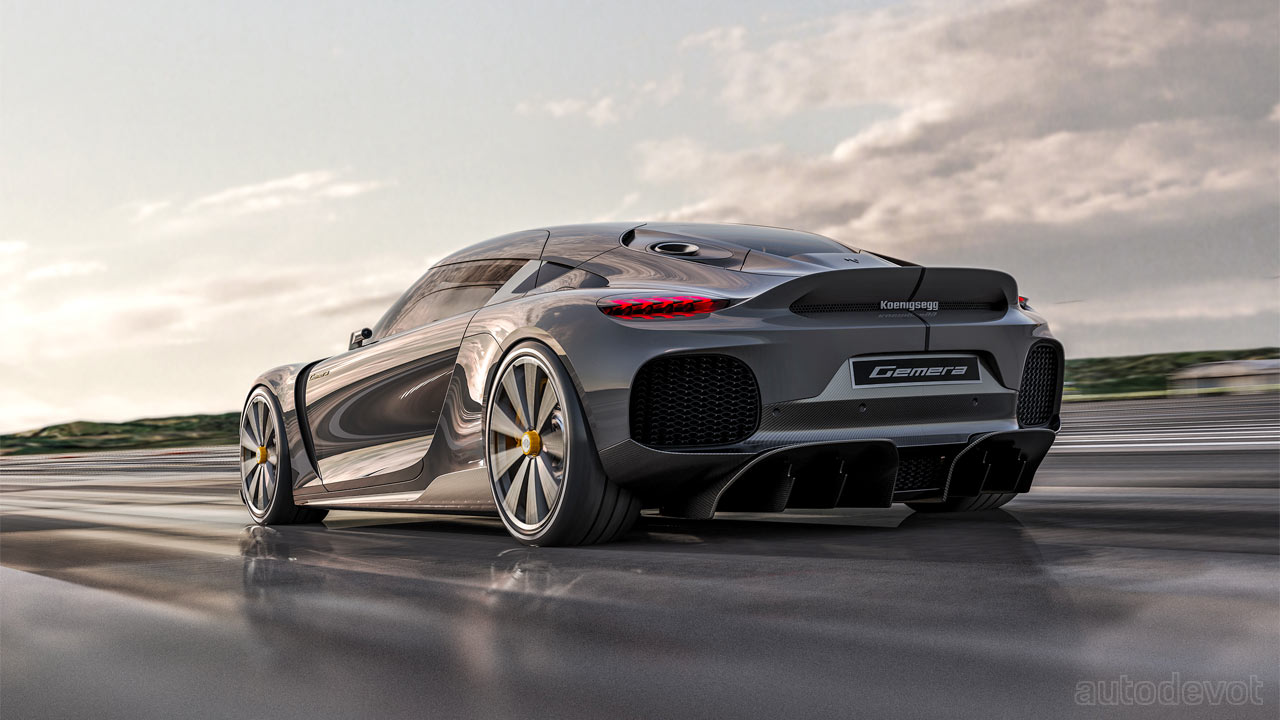 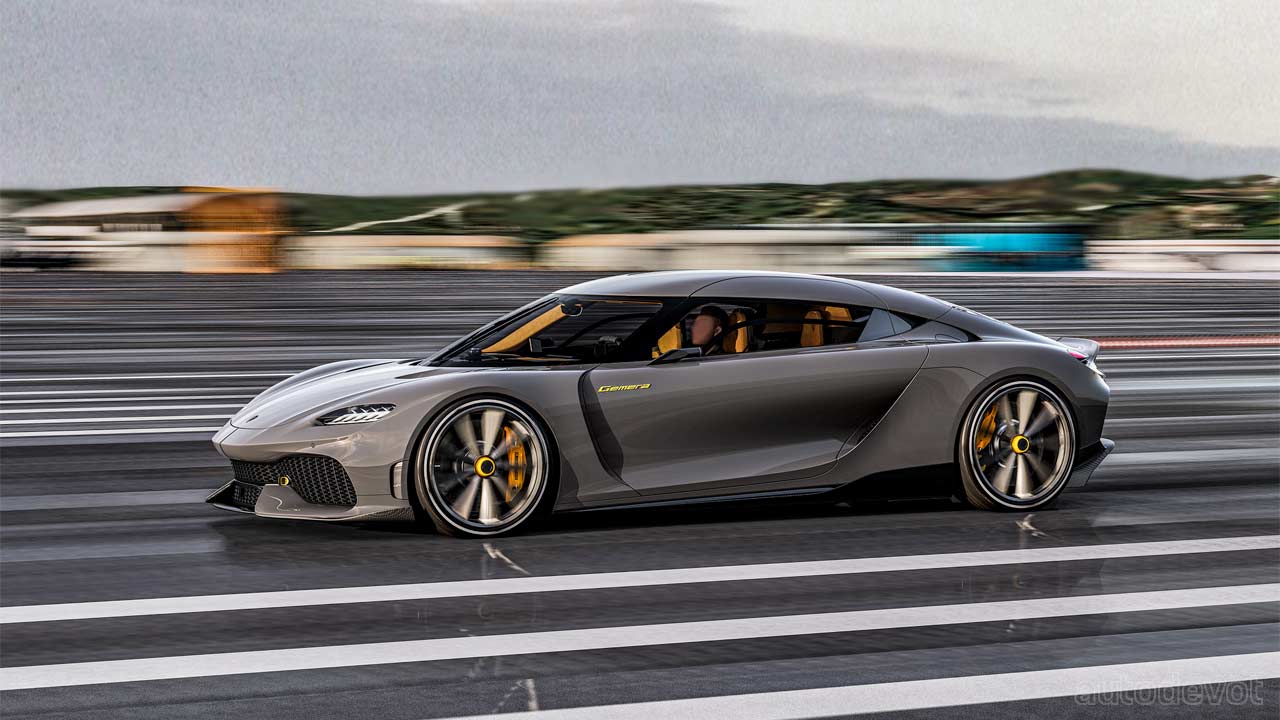