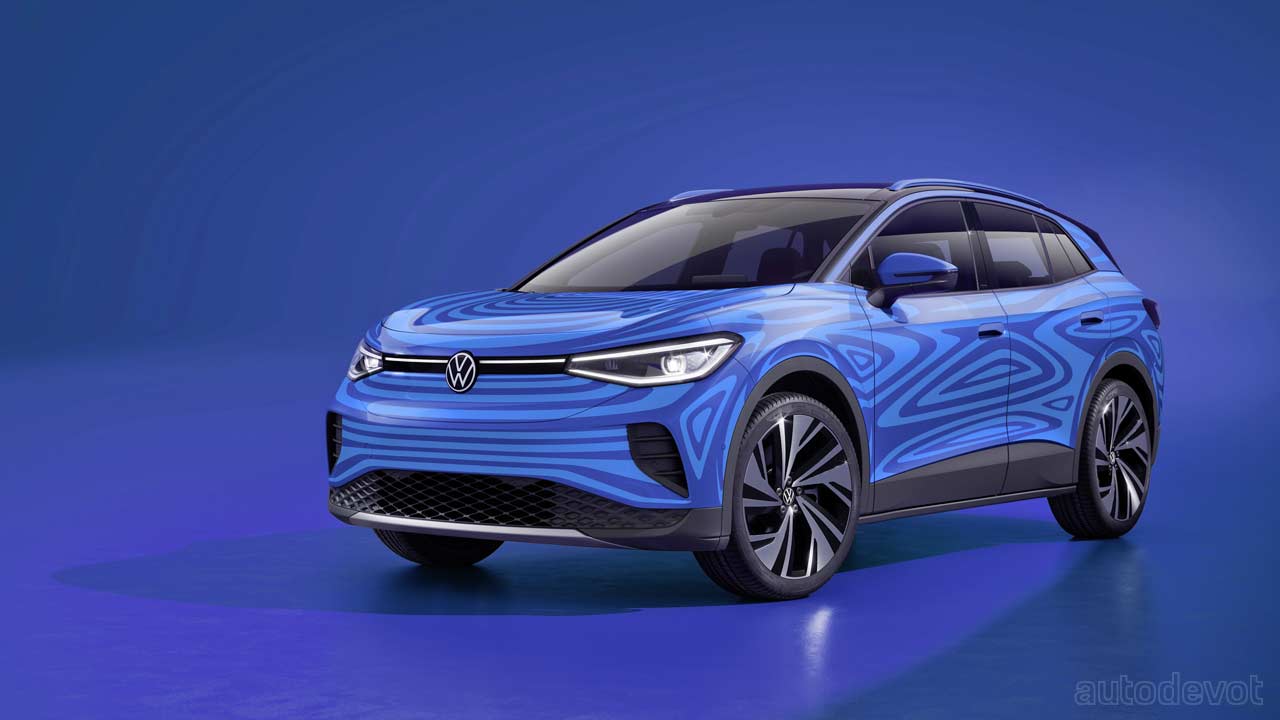 The Volkswagen ID. Crozz concept of 2017 has evolved into a series-production version called the ‘ID.4’. Just like the ID.3 we saw in September 2019, the ID.4 too will make its market debut as an all-electric vehicle.

It’ll be the brand’s first all-electric crossover. Built on the new modular electric drive matrix (MEB) platform, the ID.4 will initially be launched with rear-wheel drive, while an all-wheel drive version will be added to the portfolio at a later date. 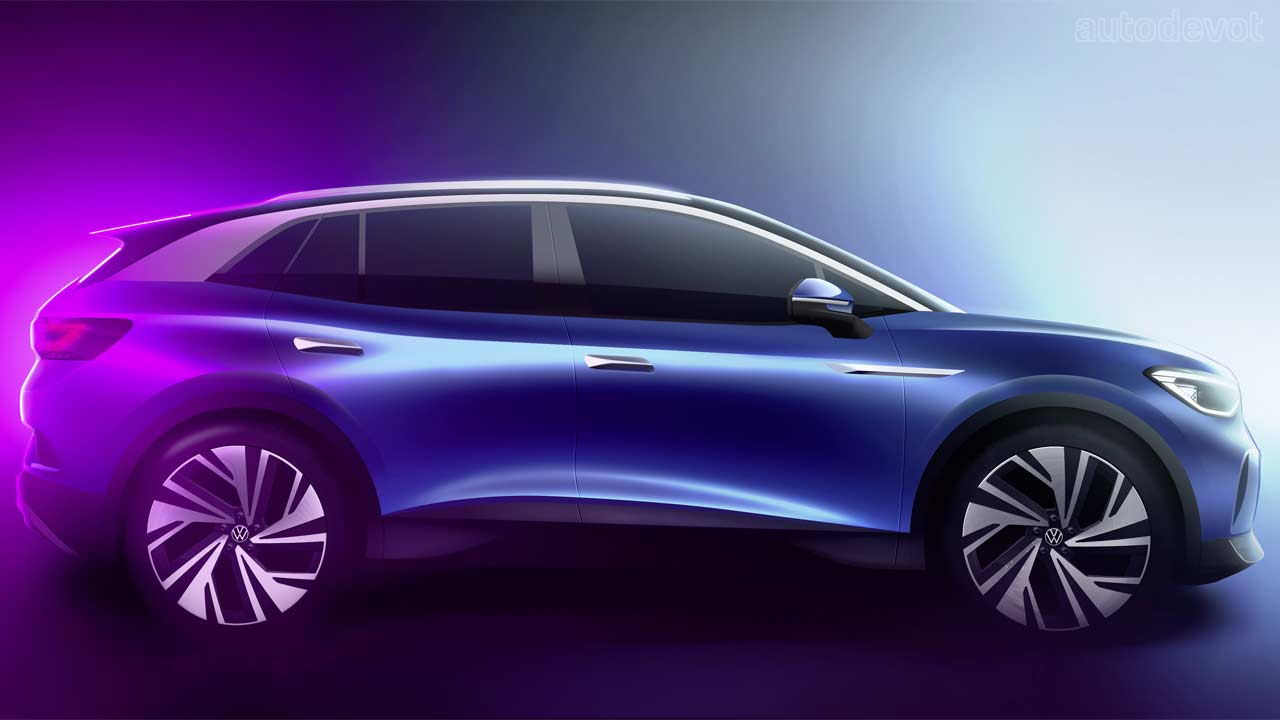 As with most modern EVs, the battery pack is positioned near the center of the underbody for a low centre of gravity and better driving dynamics, in addition to achieving a well-balanced axle load distribution.

The ID.4 is claimed to offer plenty of interior space thanks to its compact, electric drive technology. Features would include a fully digital cockpit with touch surfaces and intelligent, intuitive voice control. 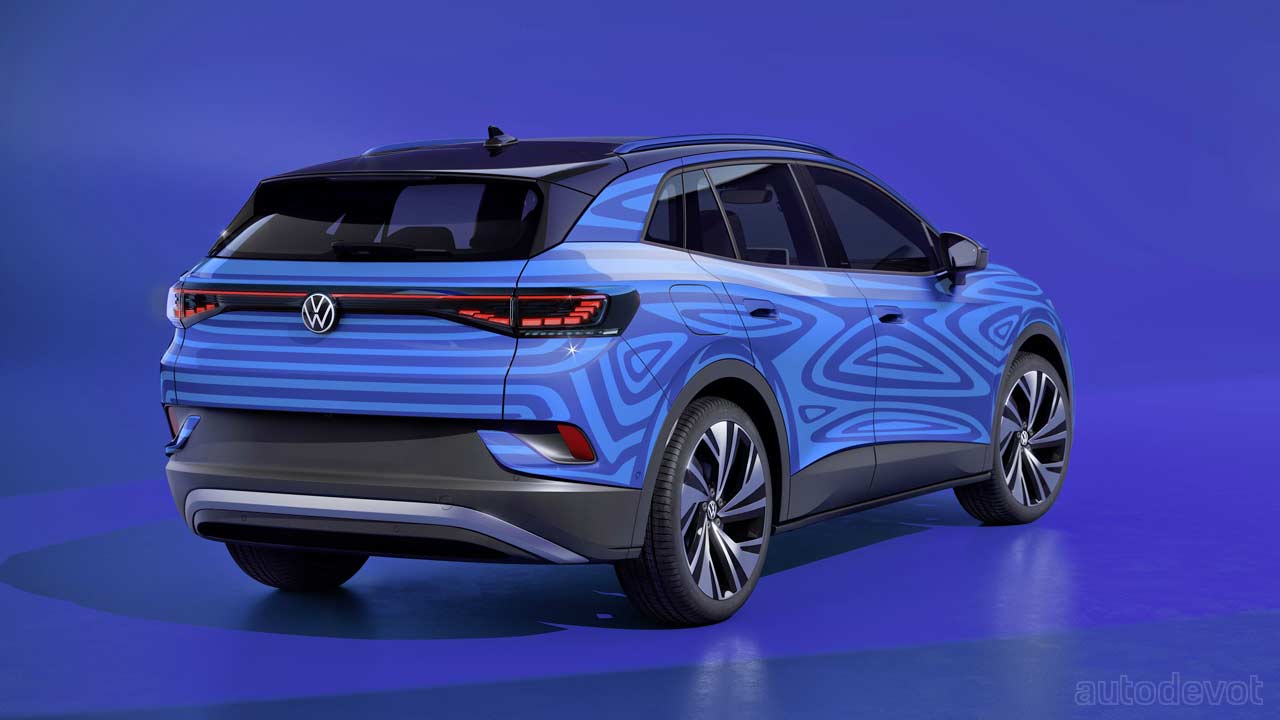 Compared with the concept, the styling of the ID.4 looks practical. It doesn’t have an aggressive sloping roofline, which should offer more headroom for the rear occupants.

The outstanding aerodynamics reduce the drag coefficient, and it will boost the ID.4’s range to up to 500 km, depending on the drive package. – Ralf Brandstätter, Chief Operating Officer, Volkswagen brand

“We will produce and sell the ID.4 in Europe, China and the U.S.,” Brandstätter added.