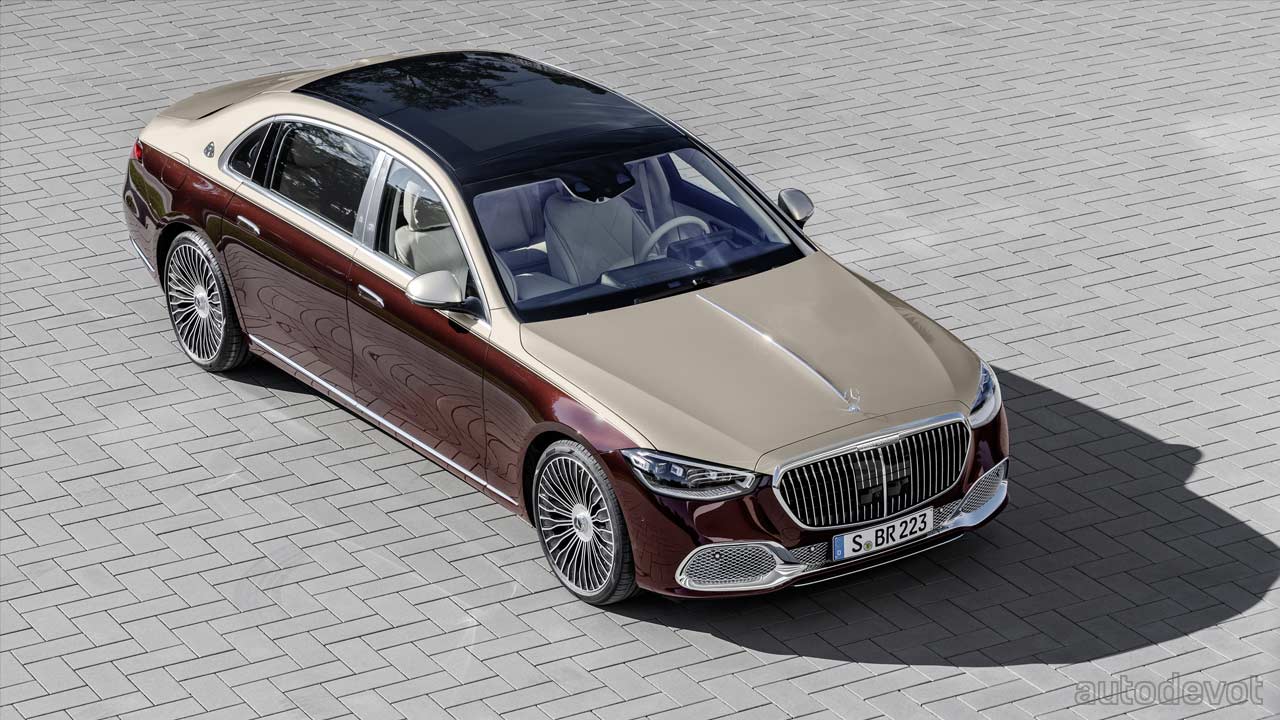 As expected, Mercedes-Benz has revealed the Maybach version of the W223 S-Class. In simple terms, it’s the S-Class that has been dialled-up to the max and then some. The most important distinguishing factor is, of course, the dimensions. 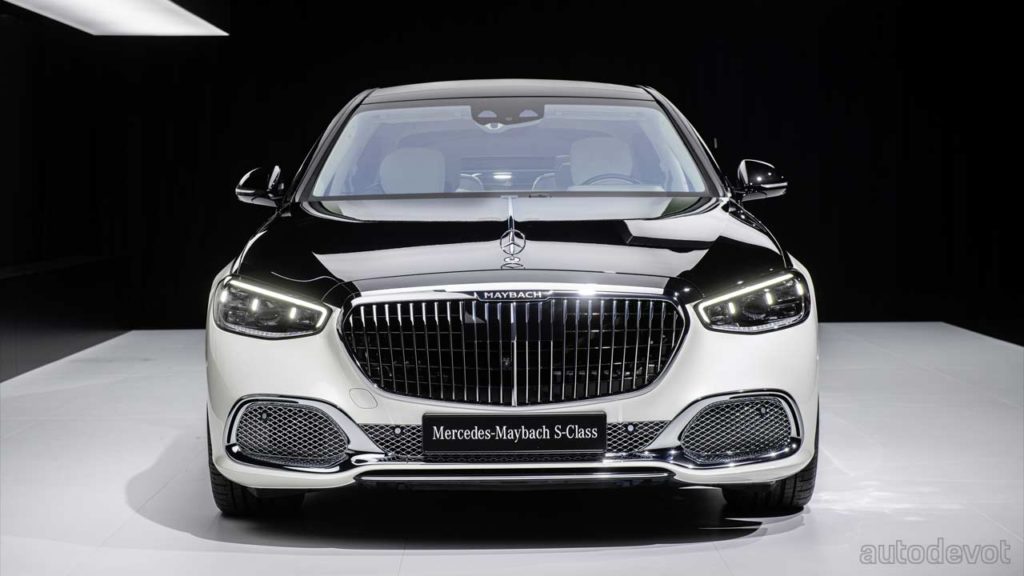 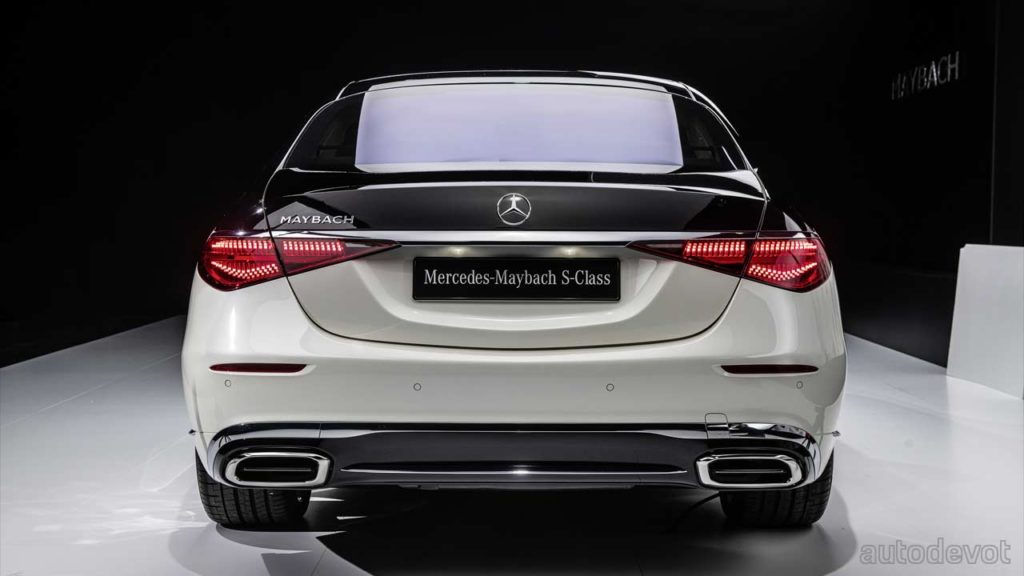 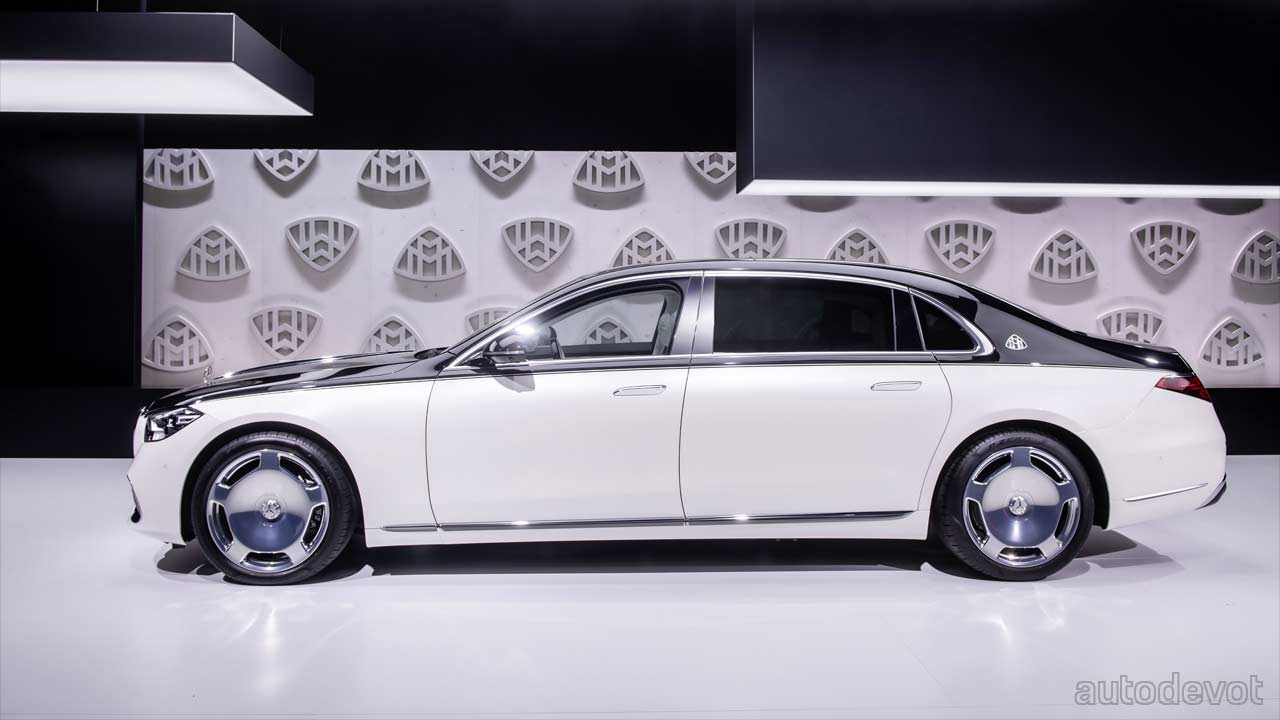 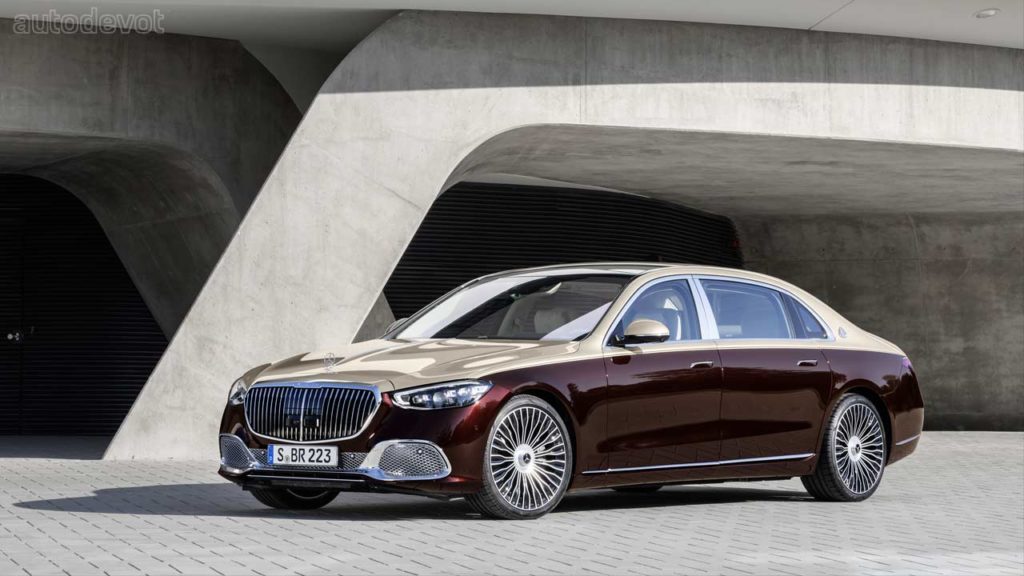 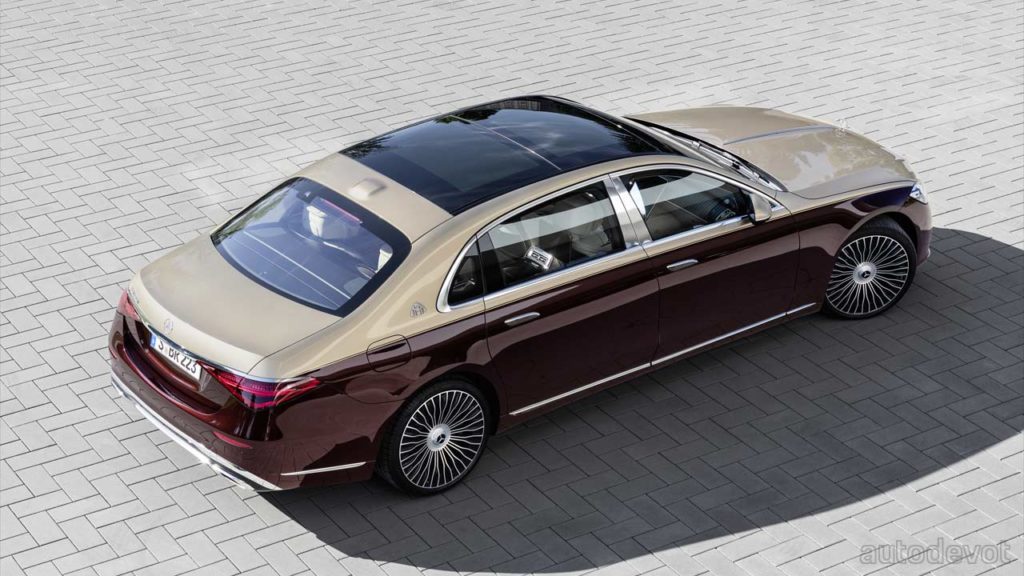 The dual-tone paint scheme we’re seeing in the examples here is an option. It comes with a hand-painted dividing line — a 4 mm thick line between the two colors. To ensure the line on the doors align perfectly, the doors are weighted with weights before applying the line in order to simulate the finished interior with equipment such as the power window components and speakers. 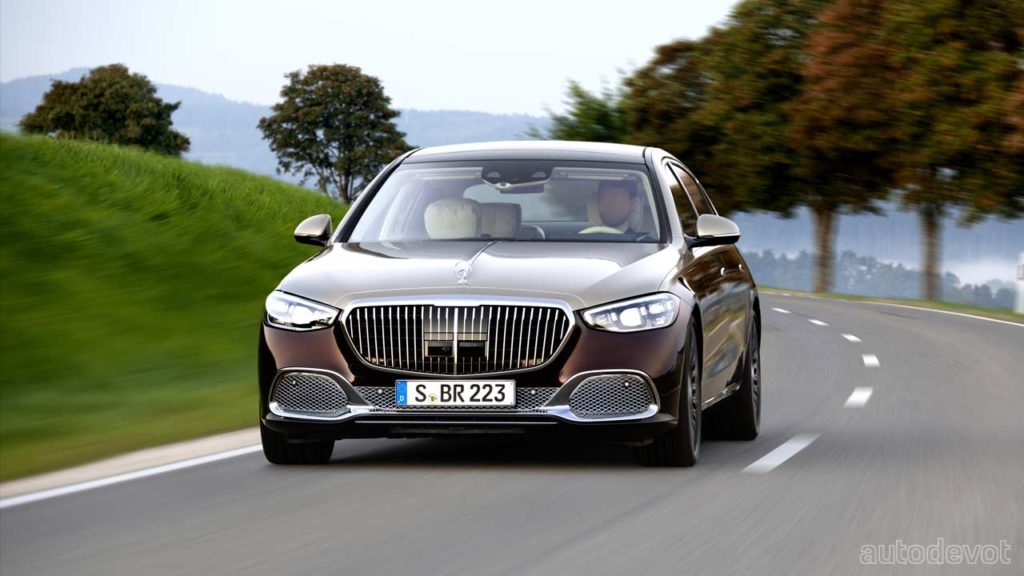 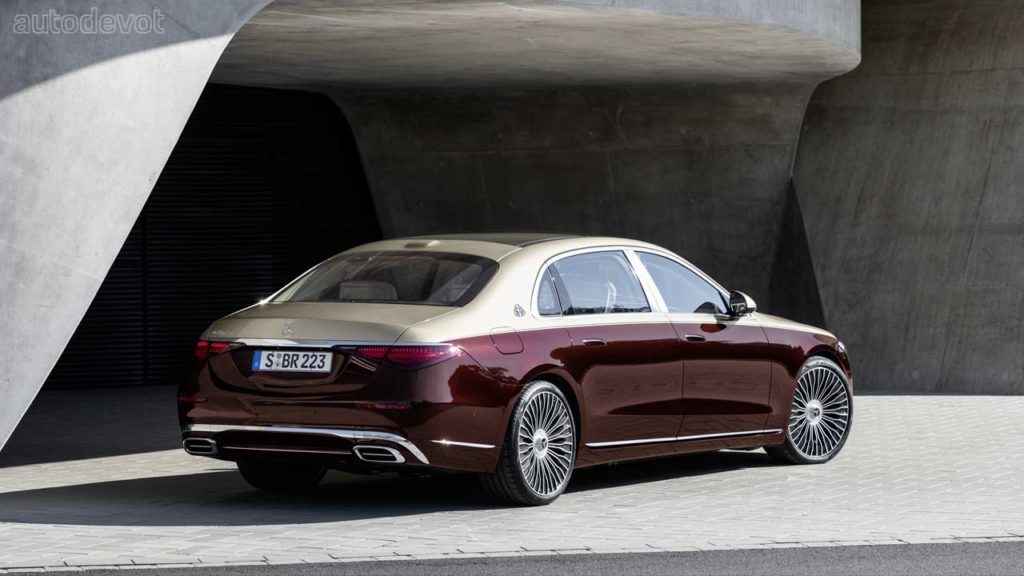 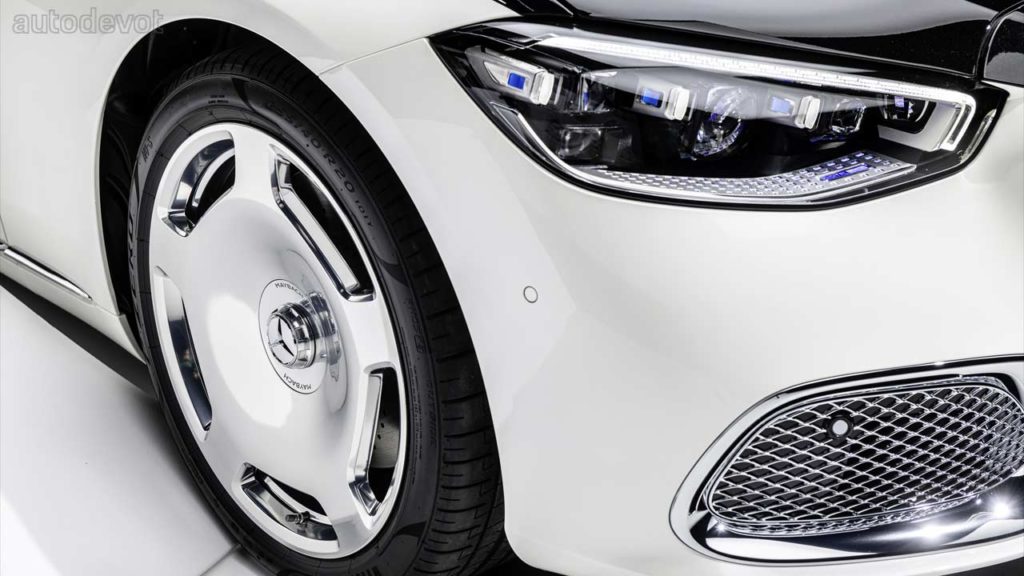 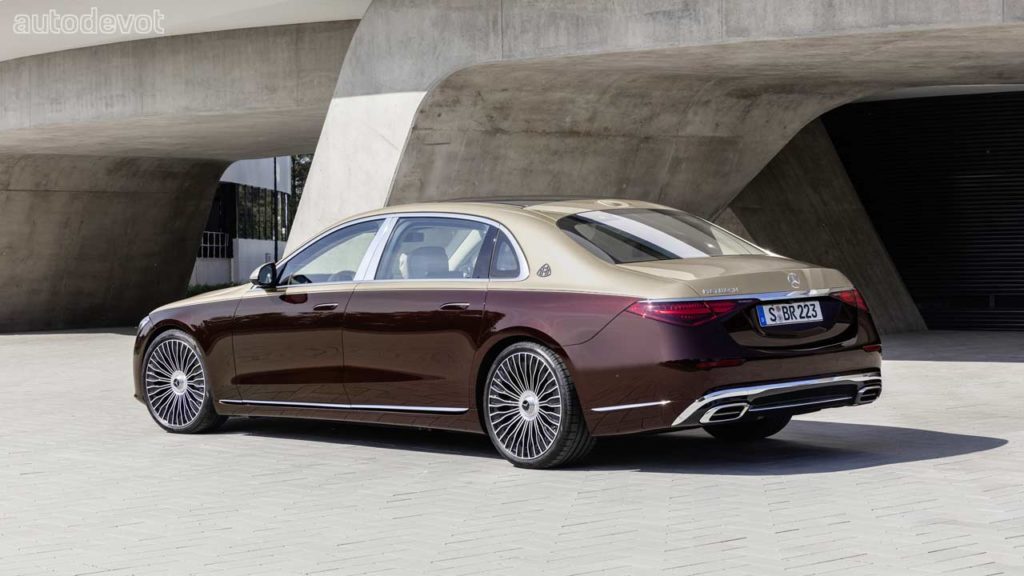 As for the other distinguishing factors, the limousine gets the Maybach-typical pin-stripe grille, Maybach logo on the C-pillar, and exclusive 19-, 20- or 21-inch wheels. The Digital Light which debuted with the regular S-Class, remains an option even on the Maybach version. 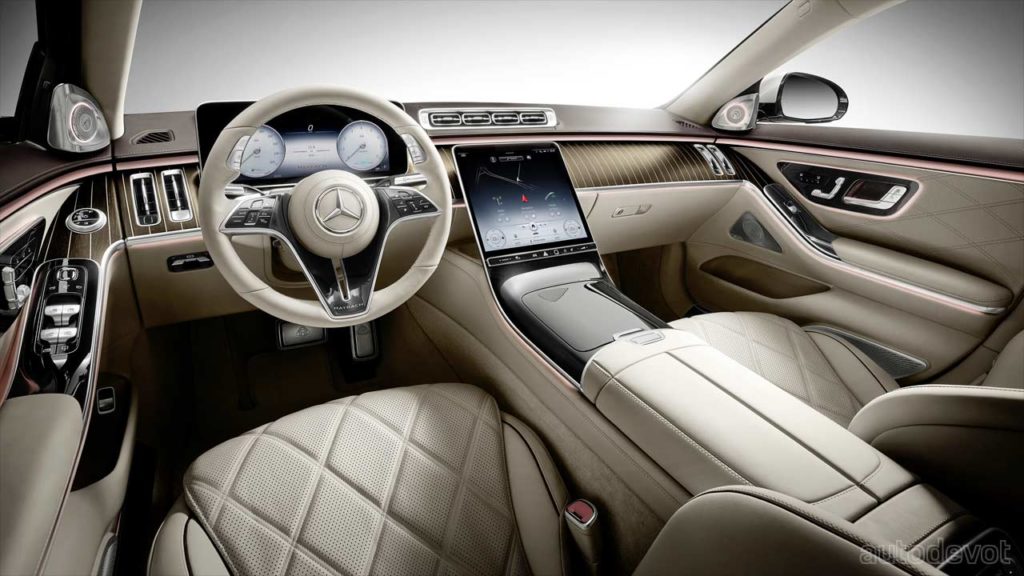 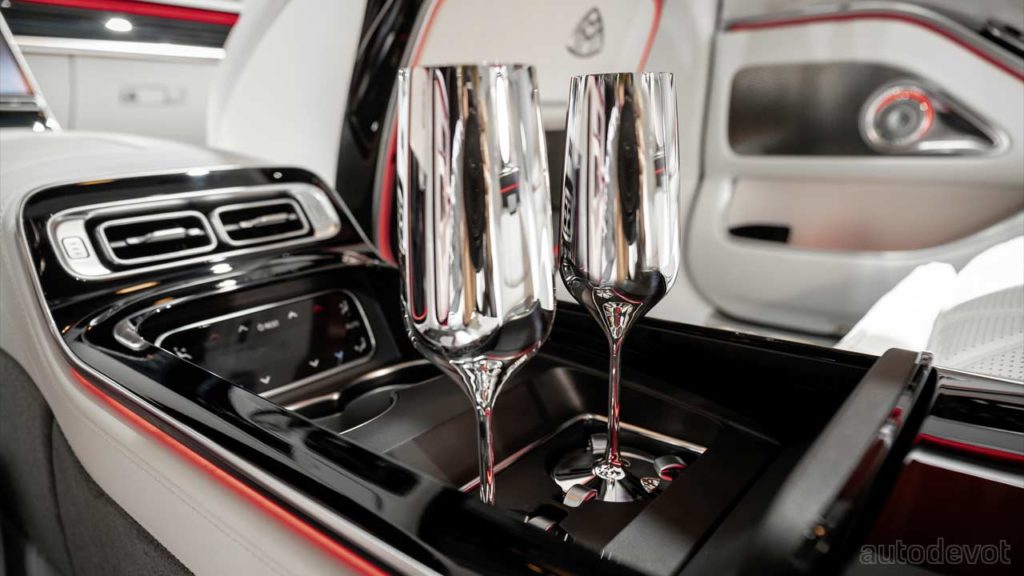 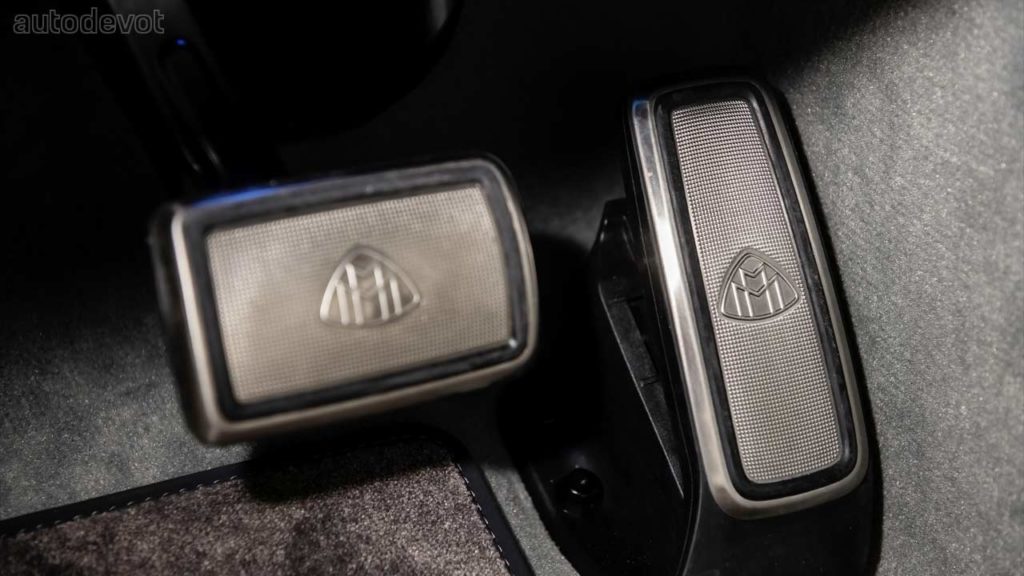 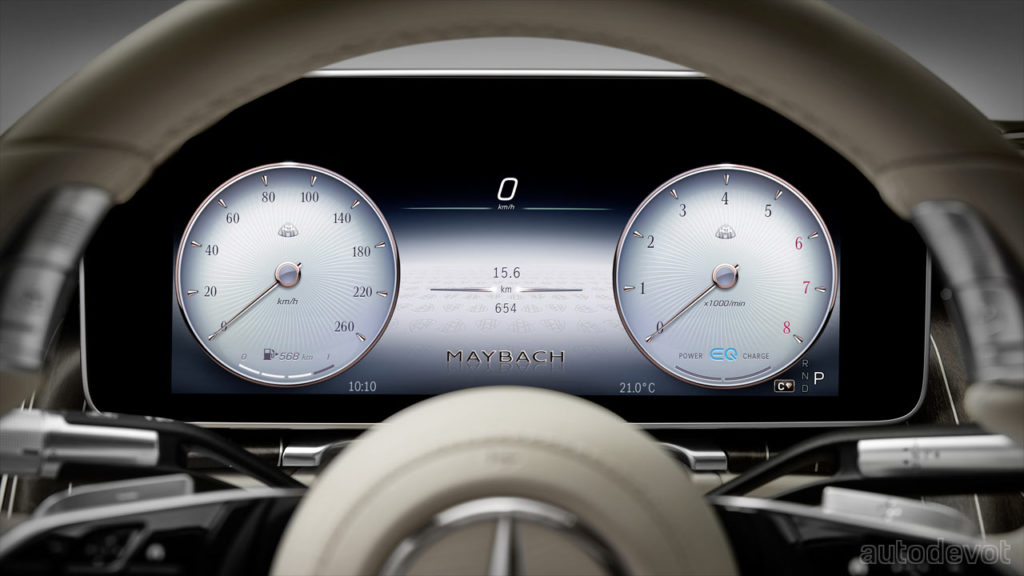 Besides offering acres of legroom, the Maybach S-Class benefits from all the technological and comfort updates on the regular S-Class, so much so that it’s kinda hard to notice any difference, except for the materials used of course. The cabin can be equipped with up to five displays, where a 12.8-inch OLED central display comes standard. While a 12.3-inch digital driver display is standard, a 3D driver display with a 3D representation of other road users and pronounced depth and shade effects, is optional. 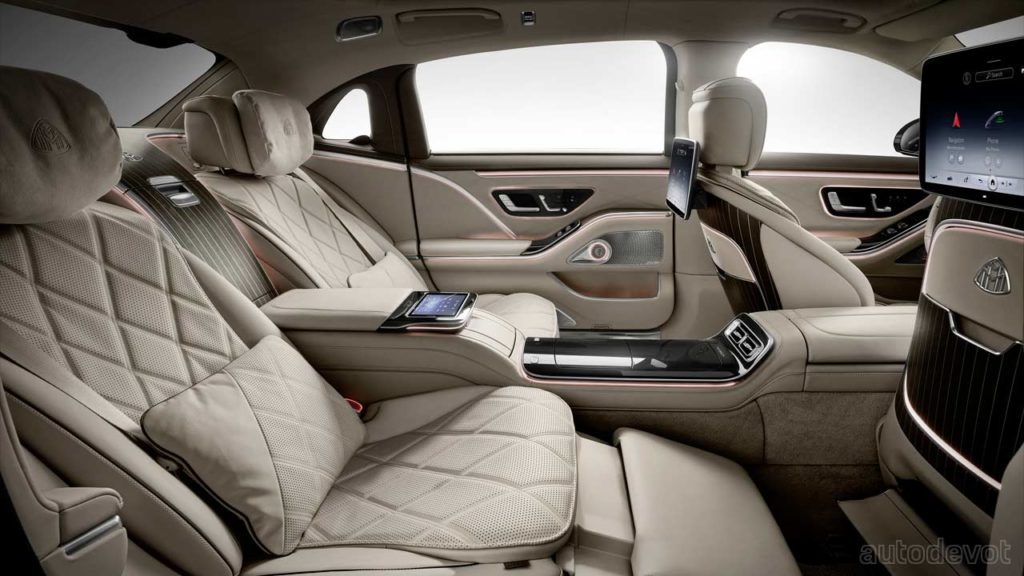 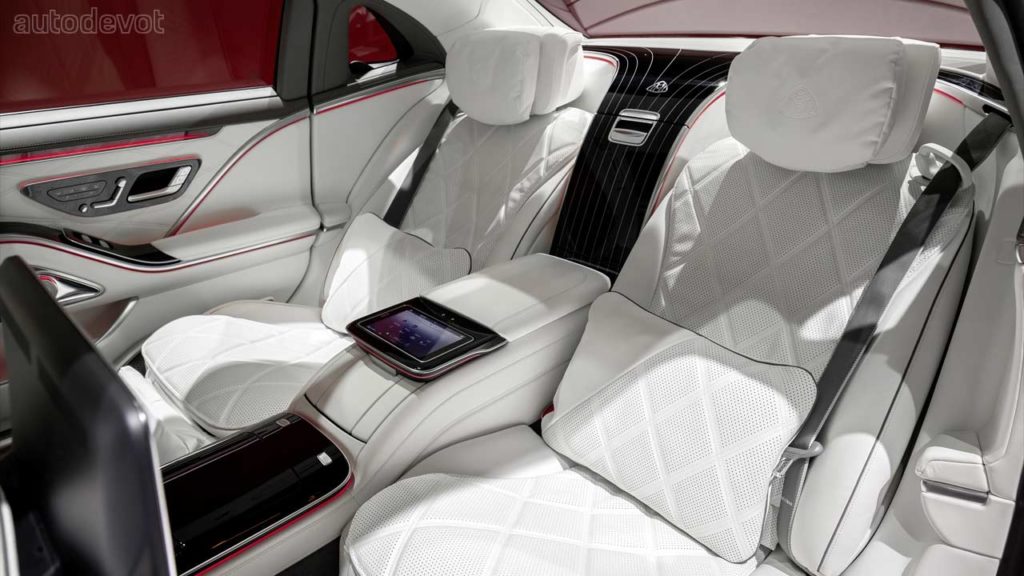 The Maybach S-Class comes with Executive seats with Chauffeur package as standard. Meaning, both the driver and rear passenger can electrically move the front passenger seat into a chauffeur position. The seats offer a maximum backrest angle of 43.5-degrees. However, the options just don’t stop. There’s a Seating Comfort package that gets multicontour seats, various massage programmes and neck/shoulder heating in the rear. The example here is showcasing the First-Class Rear option with a continuous centre console. 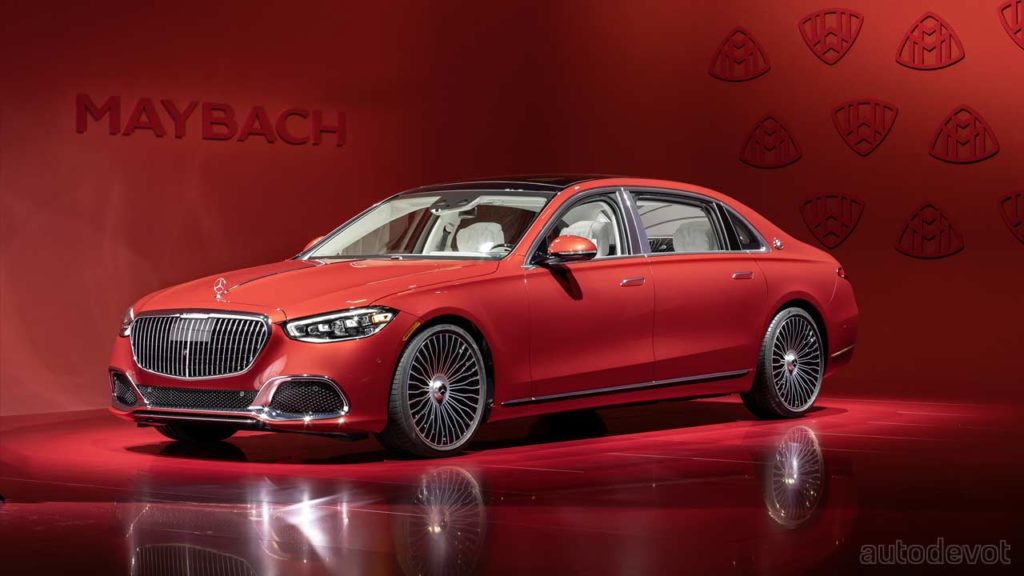 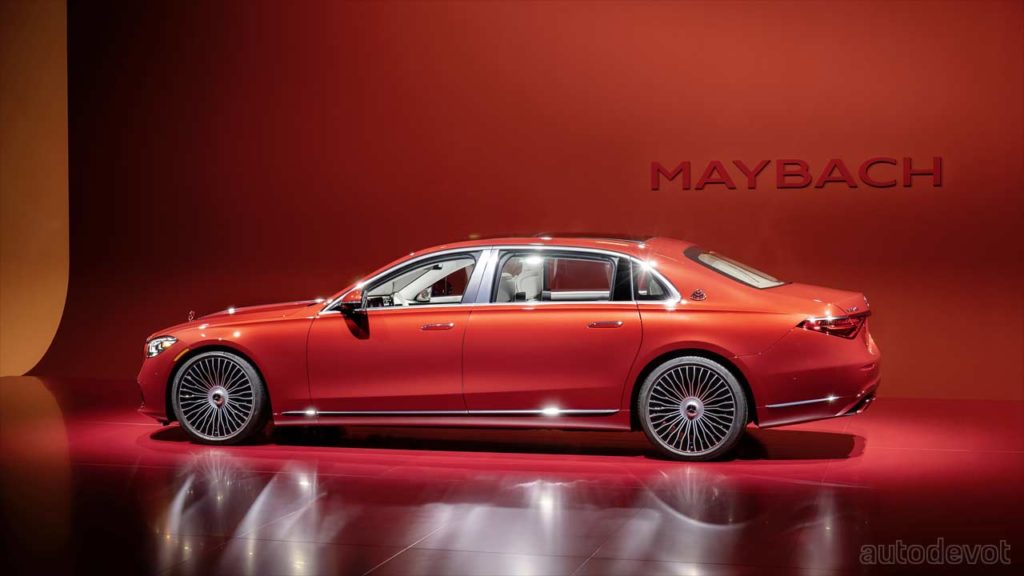 The rear-axle steering remains to be an option. It offers two sub-options: 4.5° and 10°. Noise-optimised tyres with foam absorbers can also be found in the options list. And, if you like spending even more money, the Maybach S-Class can be equipped with a total of 18 airbags. It’s not all “optional” disappointment though; the Airmatic air suspension with ADS+ adaptive dampers is standard and so is an electric panoramic sliding sunroof. 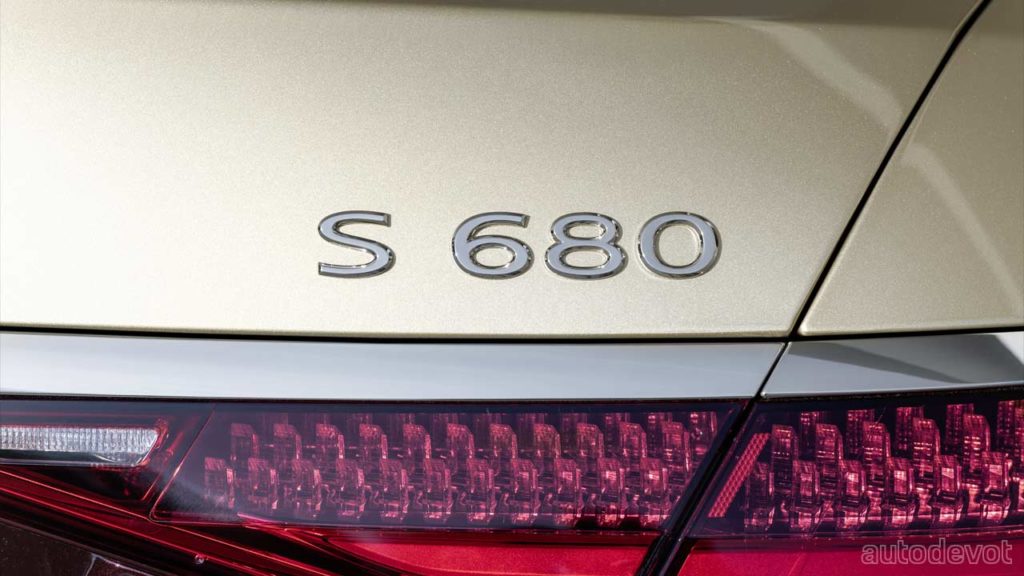 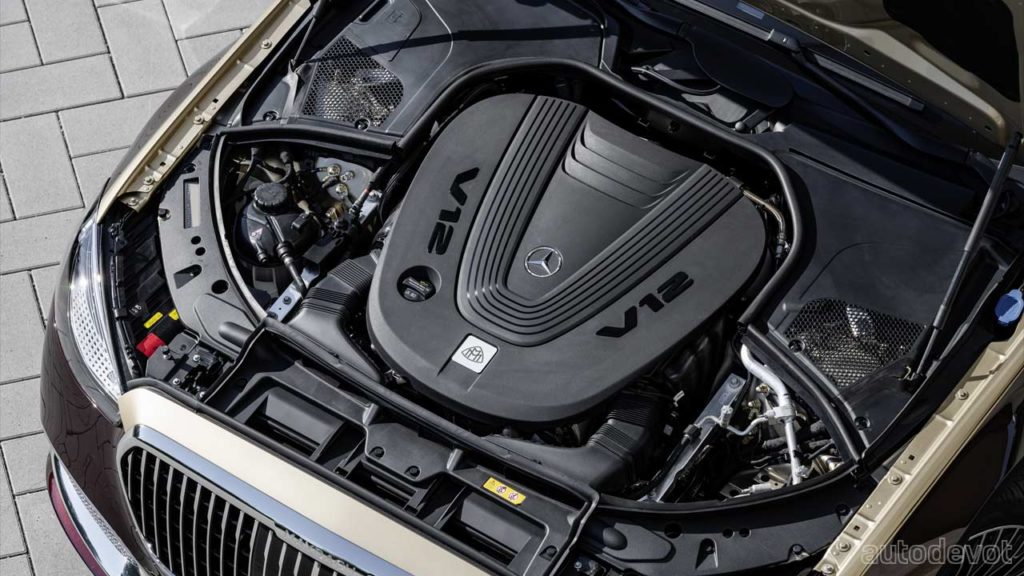 The new Maybach S-Class will go on sale initially in Germany in the second half of 2021.