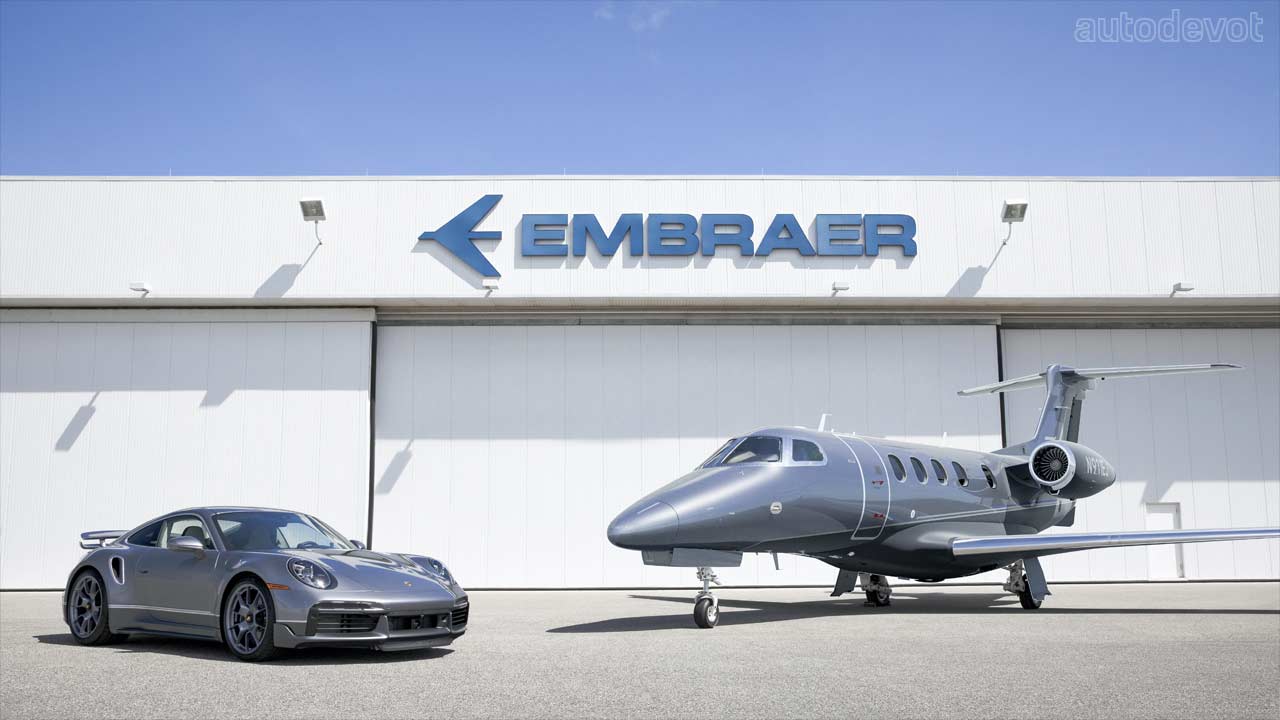 That’s right. Of all the collaborations we’ve seen in the automotive world so far, I think this is probably the coolest. Because it’s not just the car that has some aircraft-inspired elements or only the jet with some Porsche touches, both share some of each other’s traits. 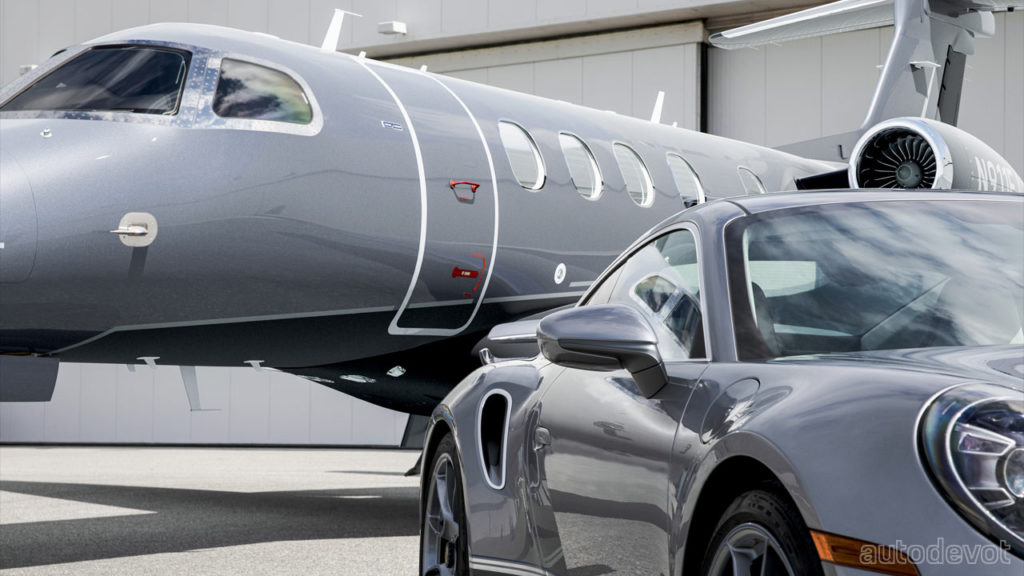 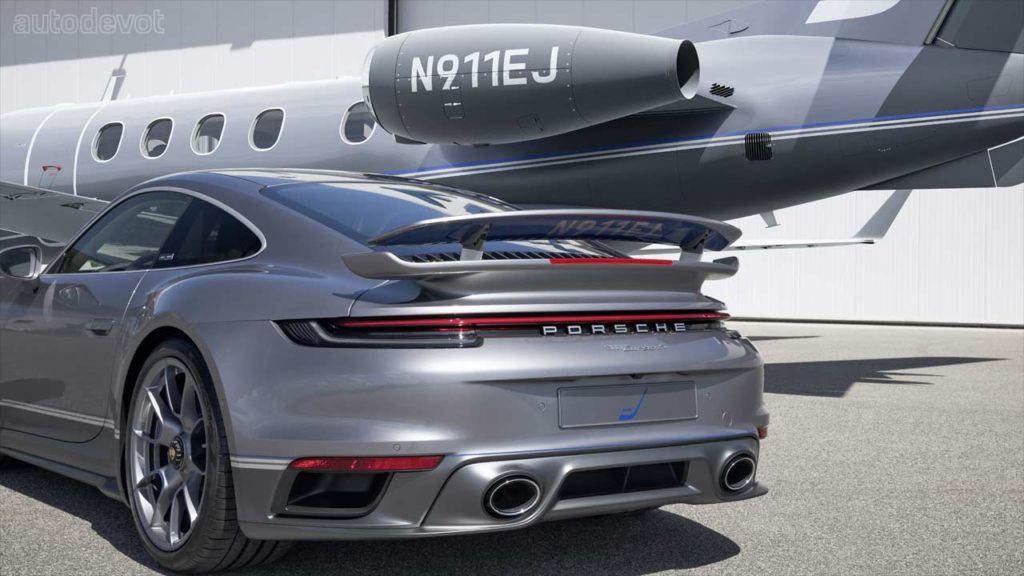 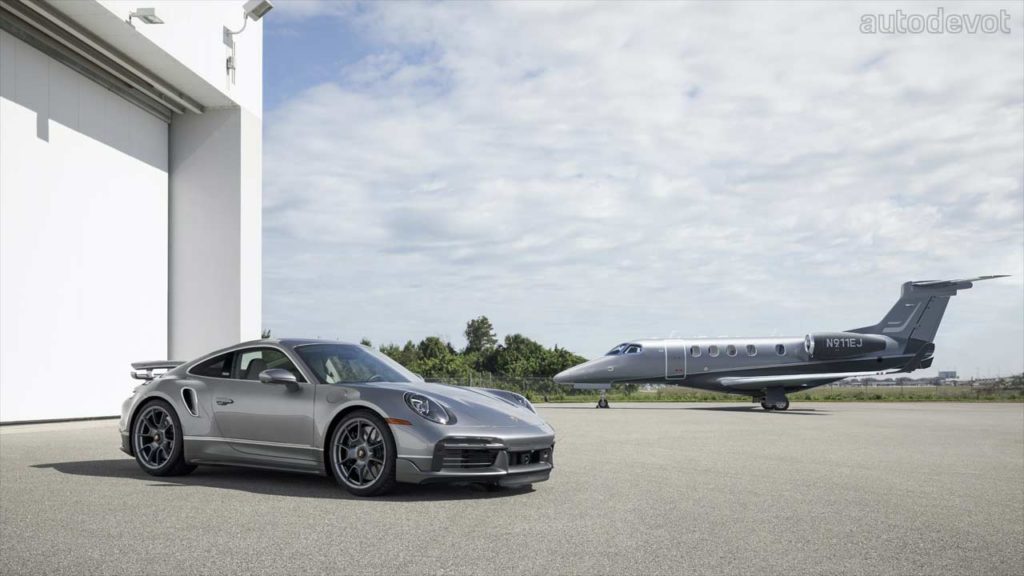 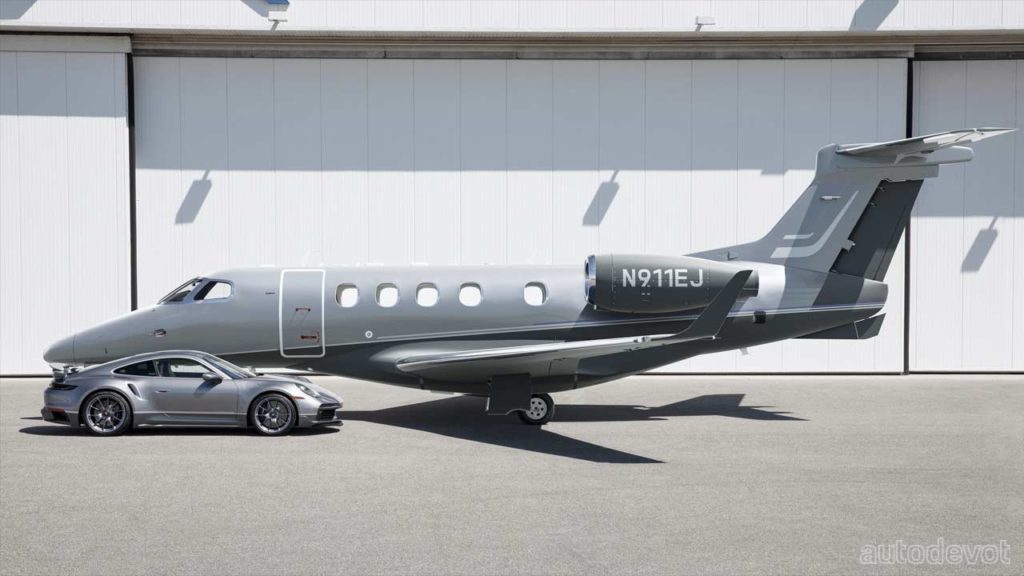 The Embraer Phenom 300E is limited to just 10 units and so is the Porsche 911 Turbo S. A Porsche spokesperson in an email response said that the jet can be purchased without the car, however, the car is only available for those who buy the jet. It is not mandatory to purchase them as a pair (like Aston Martin DBZ Centenary Collection). Meaning, if the jet buyer wants the car too, a regular 911 Turbo S will be customized as shown in the pictures to match the jet. 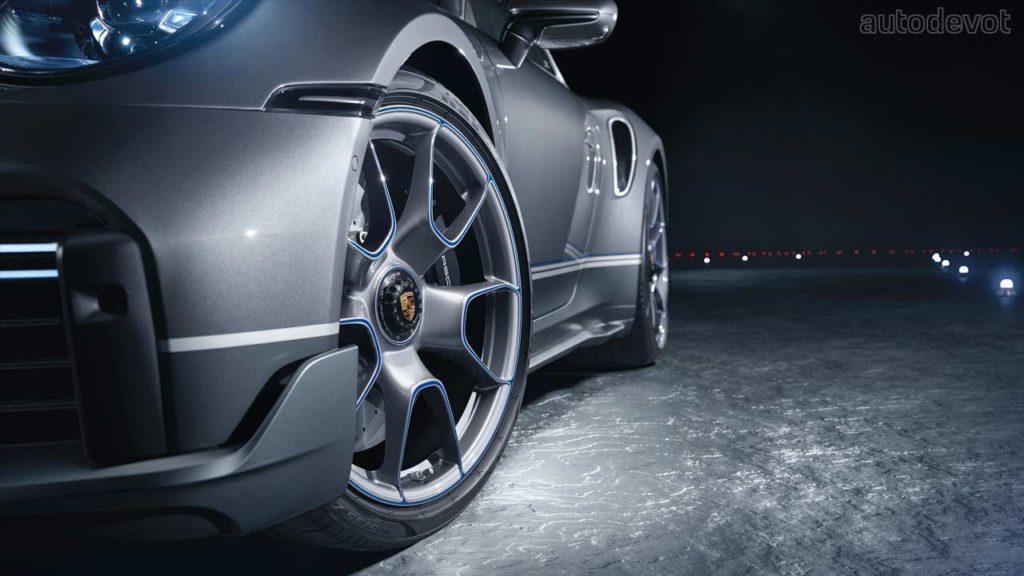 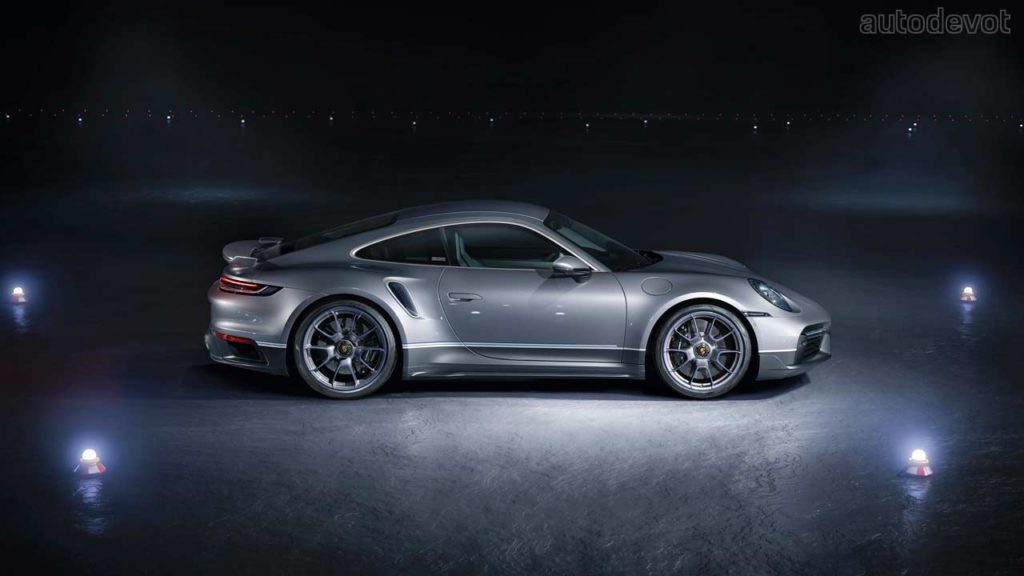 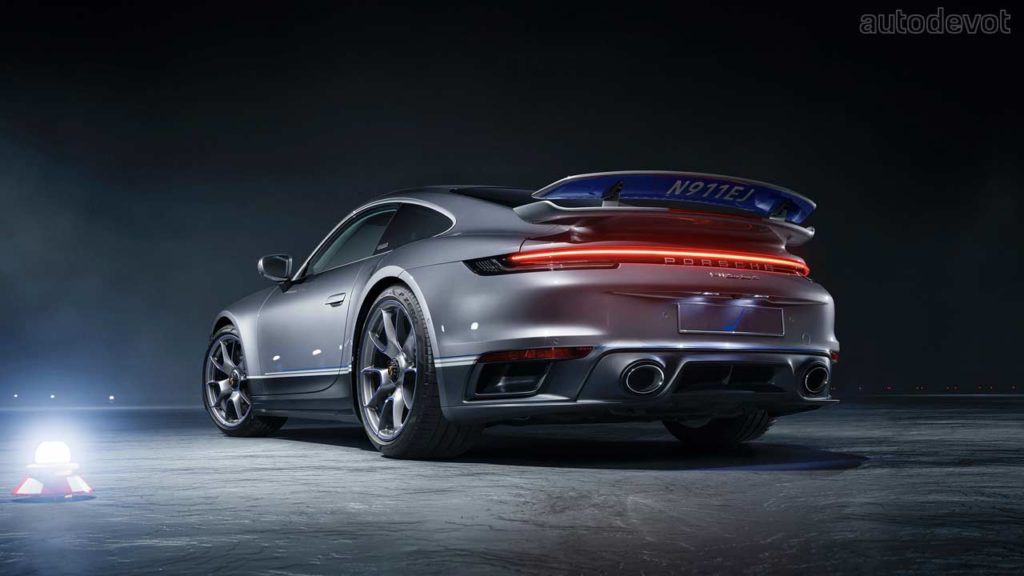 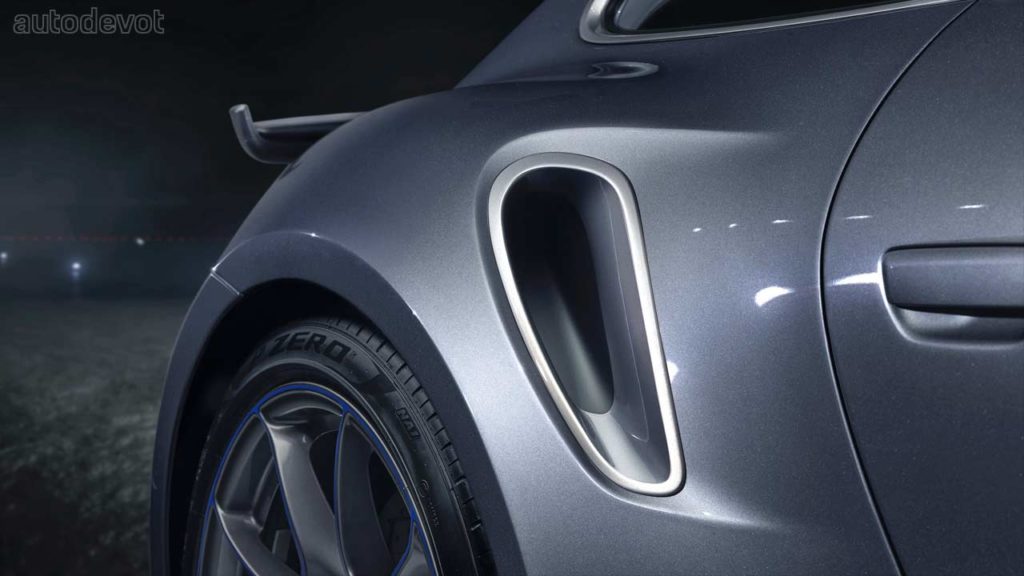 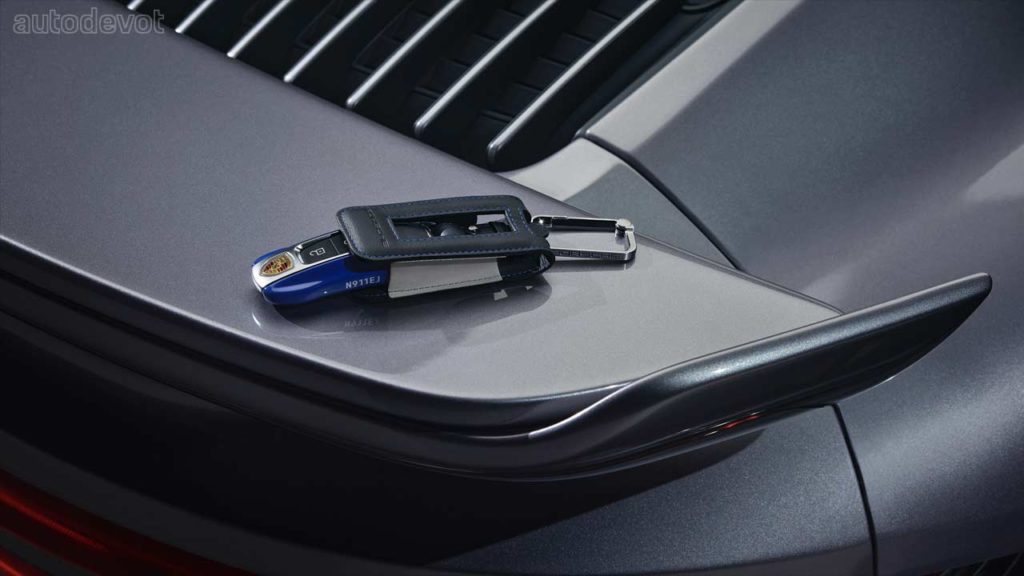 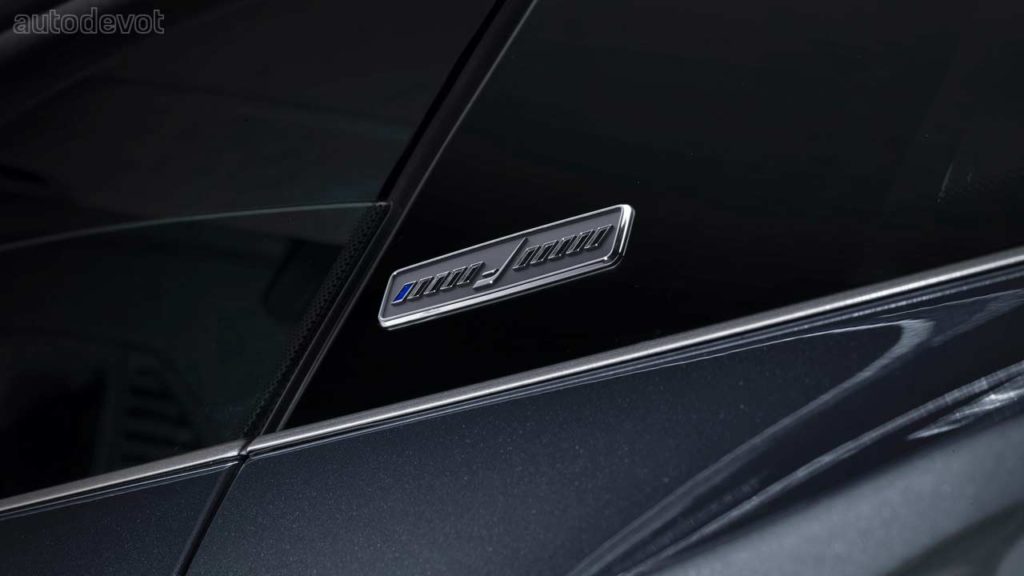 There’s also a collaboration logo that represents a stylized aircraft wing and the Sport Design package rear wing of the flagship 911. The car gets a special badge on the B-pillar with 10 rectangles (5 each on either side of the logo) that correspond to the limited number of units. 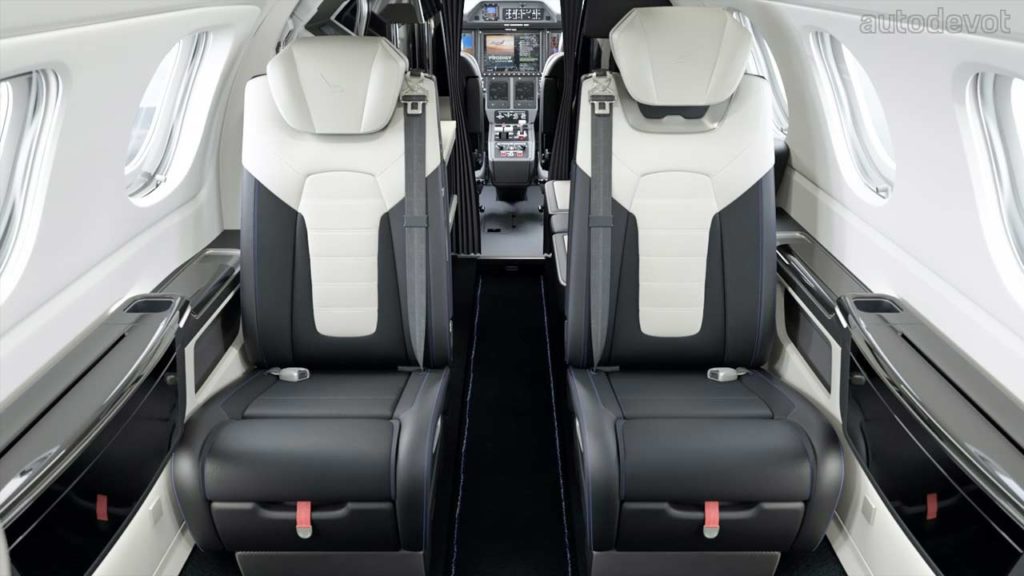 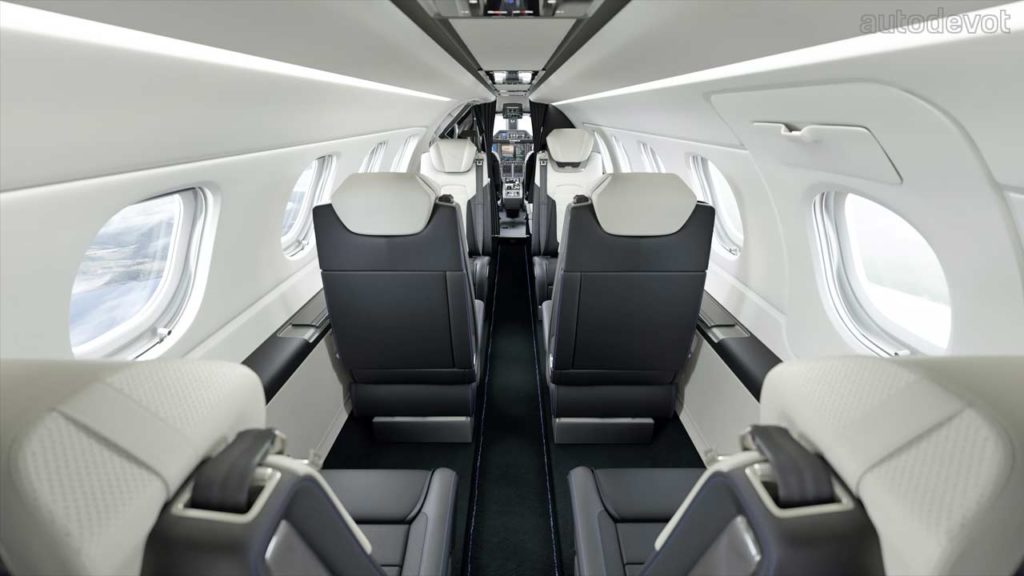 On the aircraft, the logo can be found on the vertical stabilizer and on the seat headrests. The seats feature a two-tone leather upholstery with contrast stitching in Speed Blue. 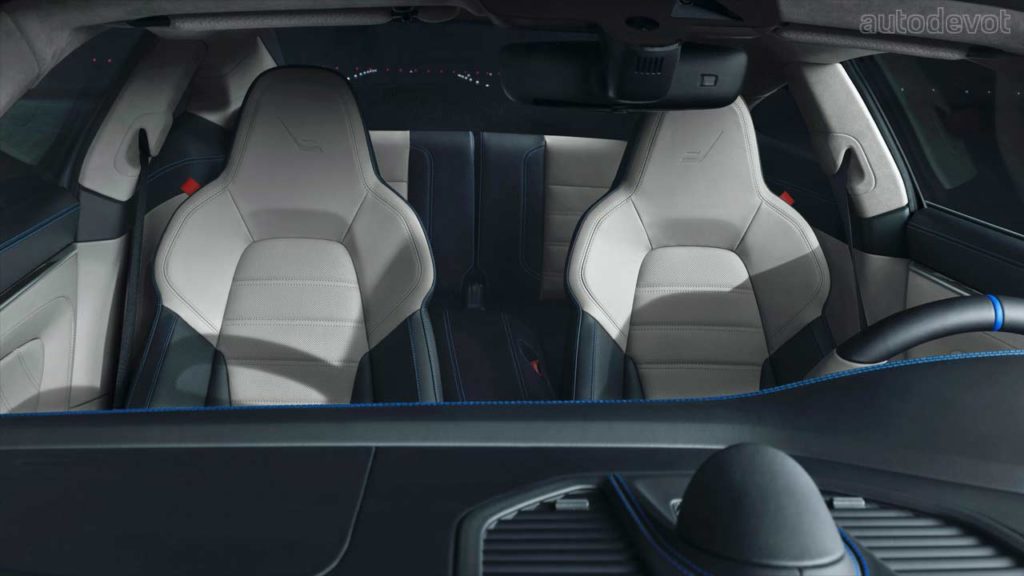 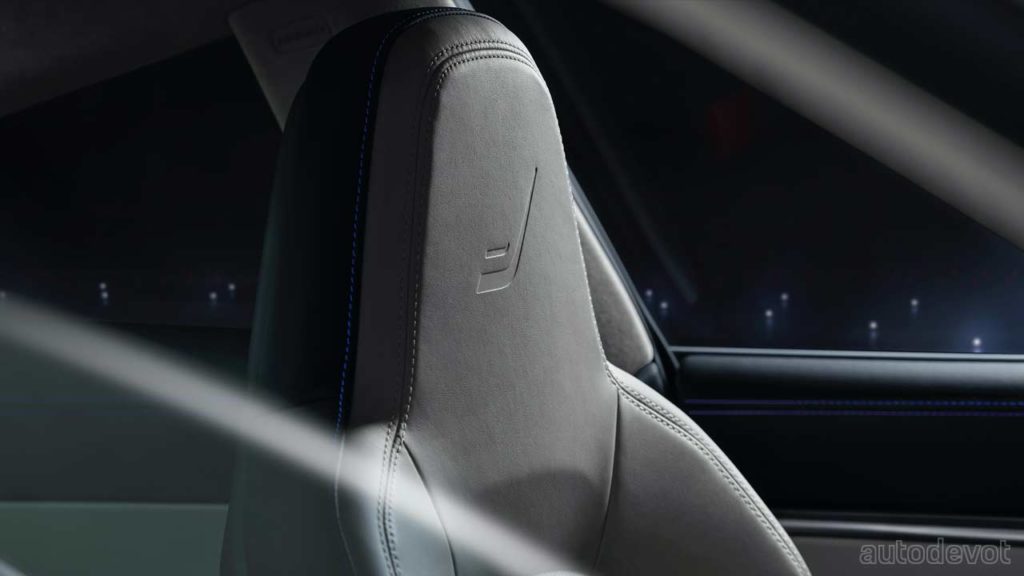 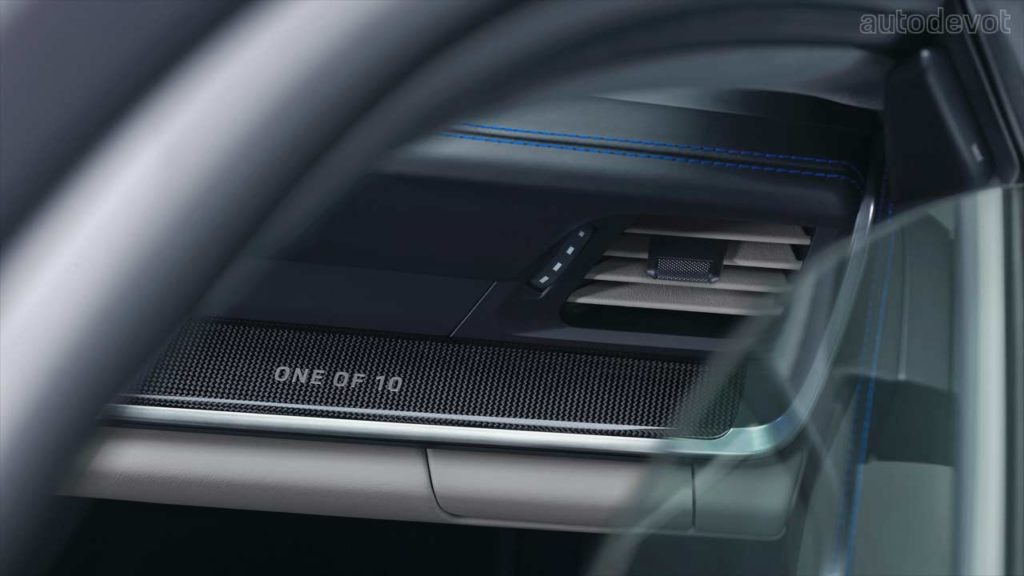 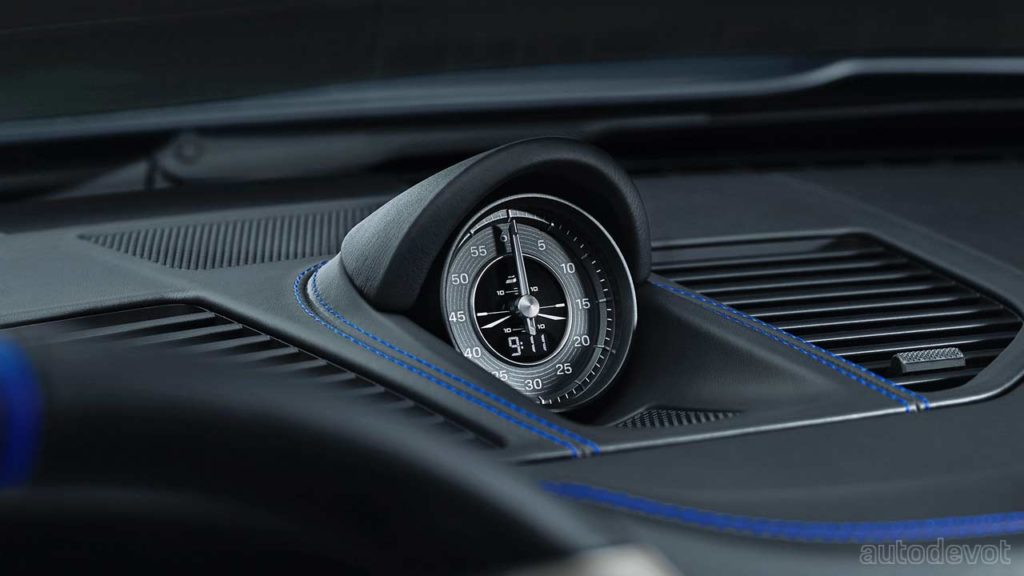 The car features the same two-tone leather upholstery with the collaboration logo embossed on the headrests. The Speed Blue contrast stitching across the dashboard looks tasteful, and so is the 12 o’clock marking on the steering wheel. The stopwatch of the Sport Chrono package also borrows some elements from the world of aviation. 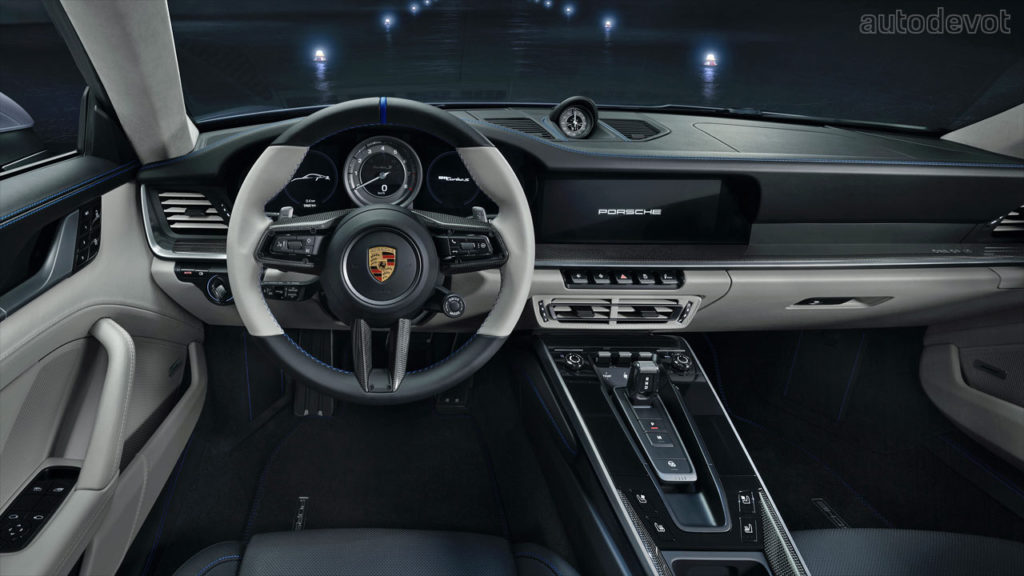 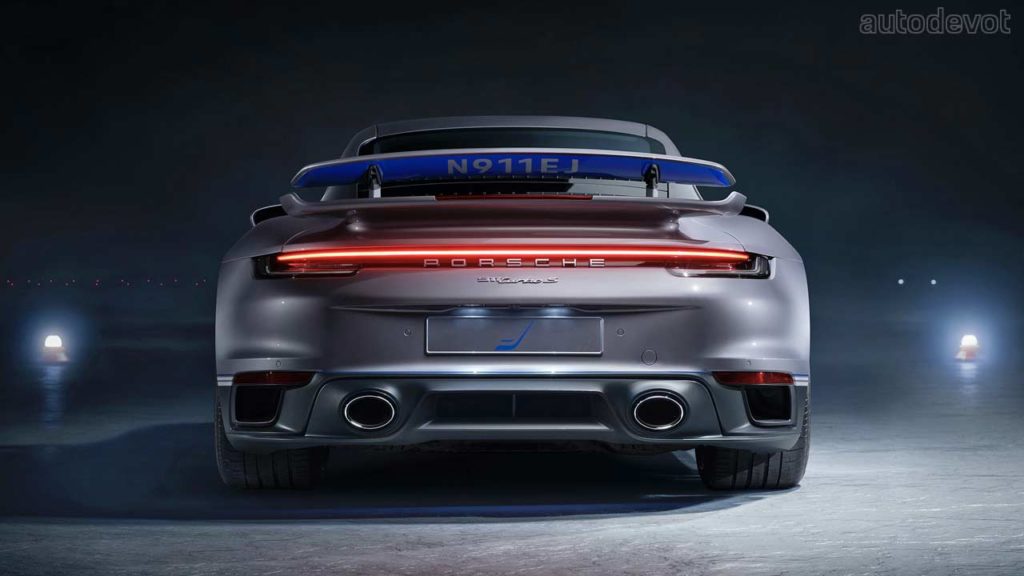 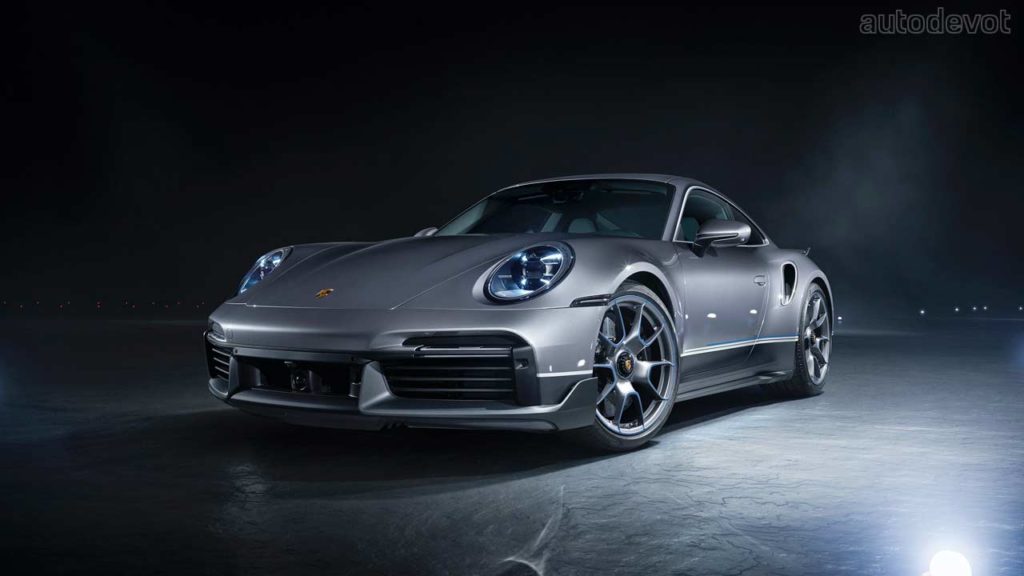 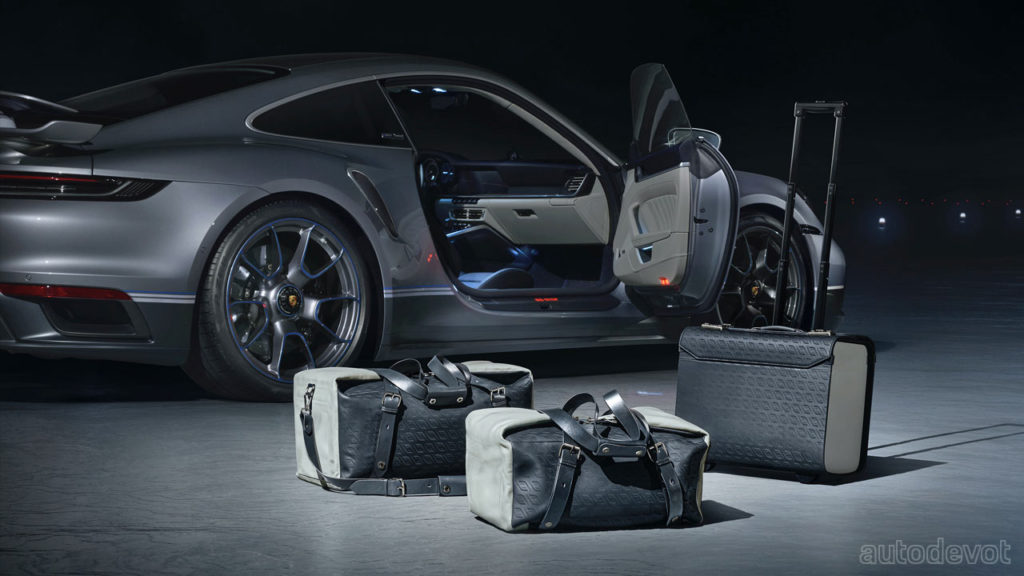 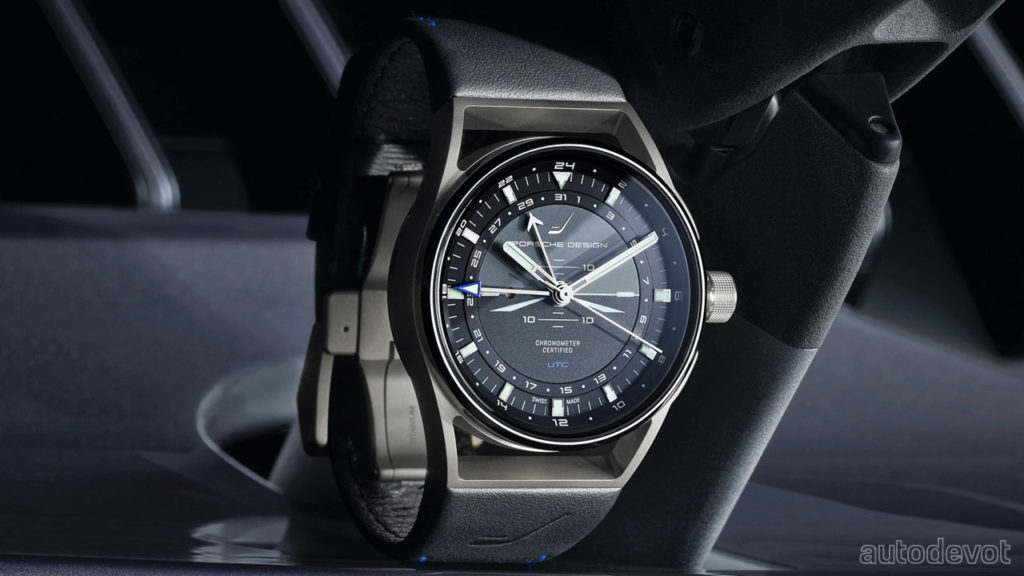 In addition, Porsche is offering some cool accessories for those who just can’t get enough of the pair.