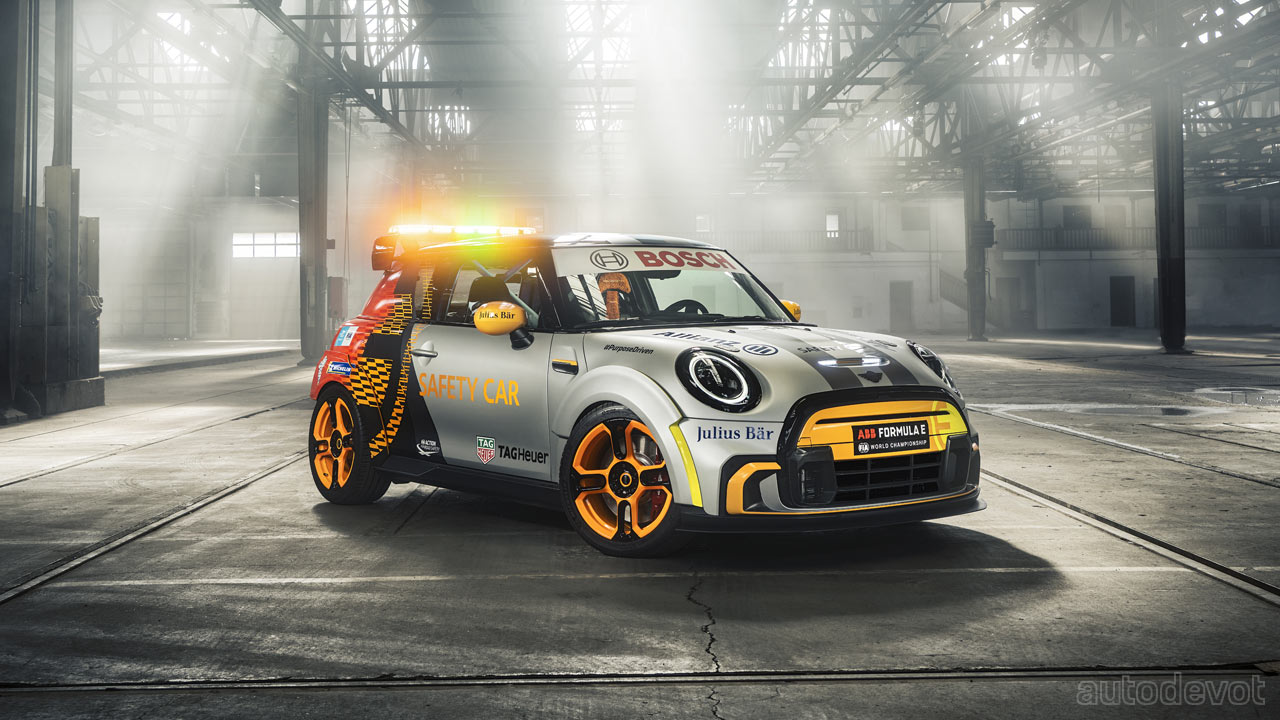 Mini has revealed the “Electric Pacesetter inspired by JCW”, which is gonna be the official Safety Car for Formula E. The all-electric Cooper SE serves as a donor car for the Pacesetter, and it more looks like the design team has gone bonkers with the JCW thing instead of just taking some inspiration. 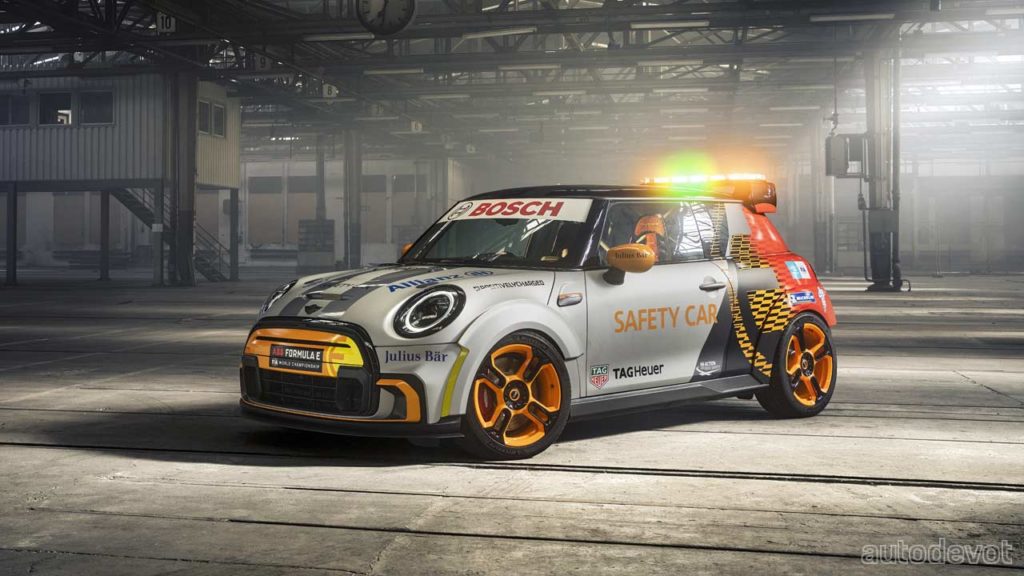 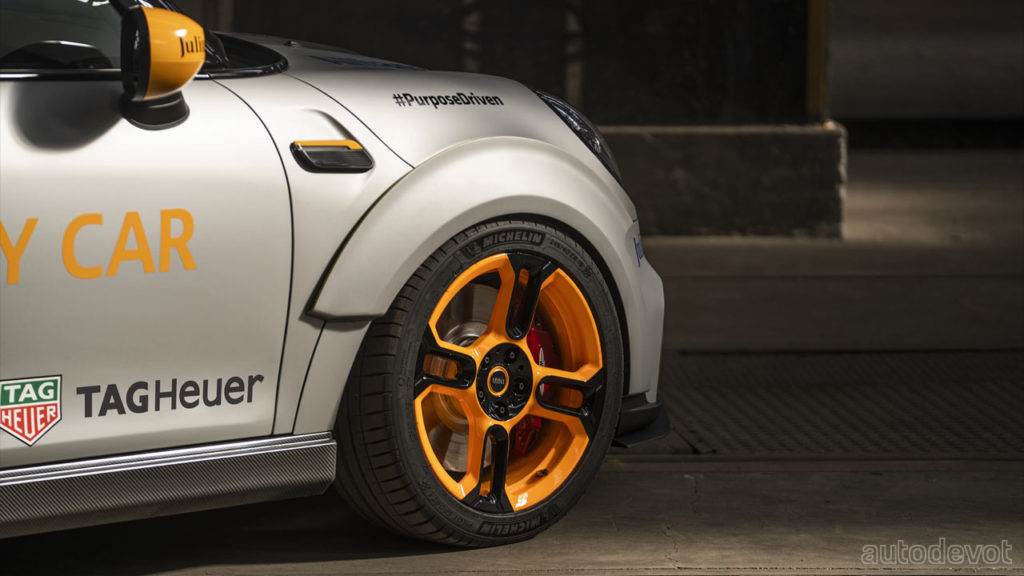 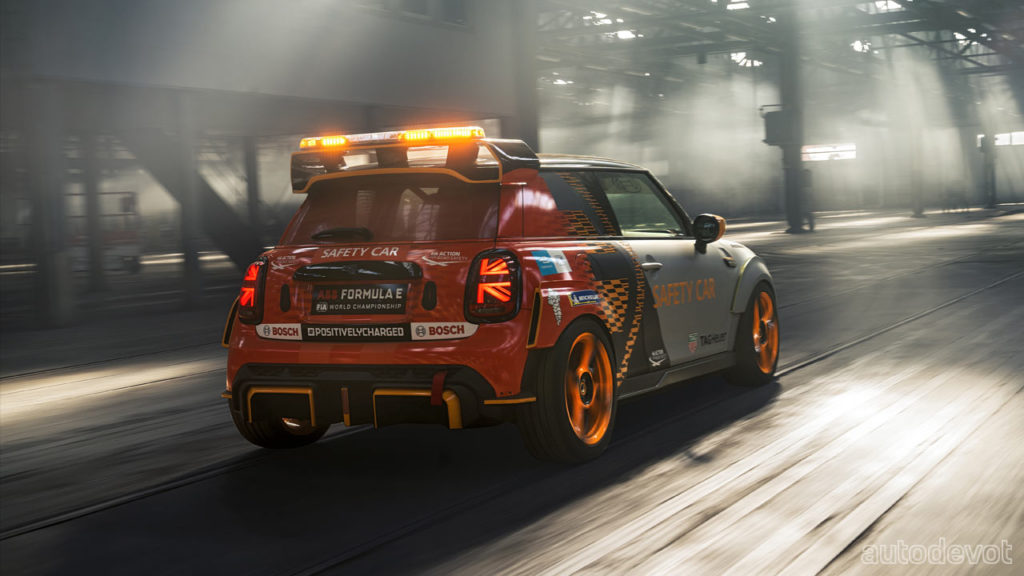 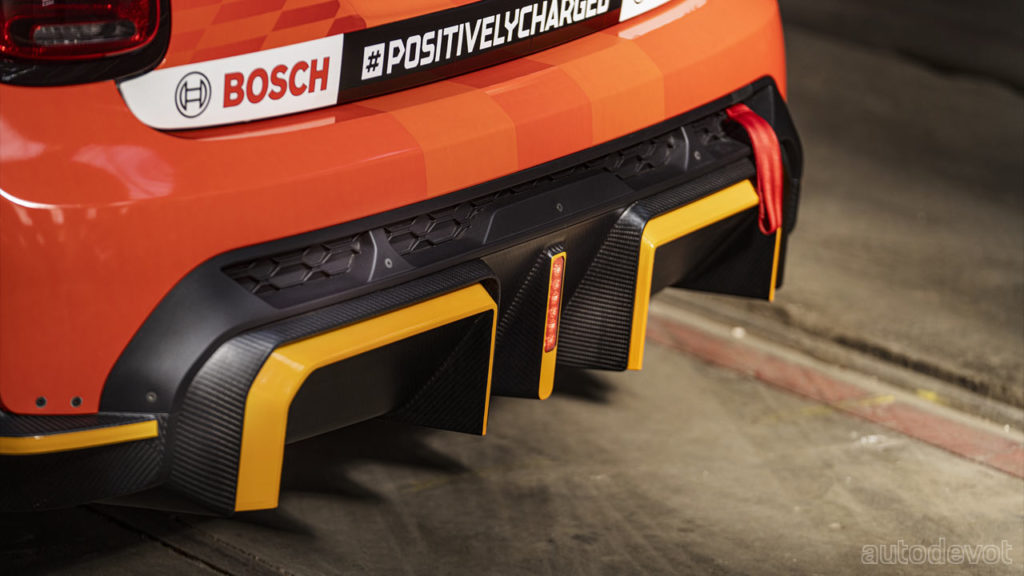 That said, it’s a safety car and it needs to be LOUD with orange and yellow colors. Which is why there are fat wheel arches, side skirts, a front lip spoiler, a rear wing and a massive rear diffuser. Some of these elements are 3D-printed from recycled carbon fibre. Adding to the drama are the lightweight 18-inch forged rims painted in black-neon and orange dual-tone. The rims are wrapped in Michelin Pilot Sport tyres (245/40 R18), the same ones fitted to the front of Formula E racing cars. 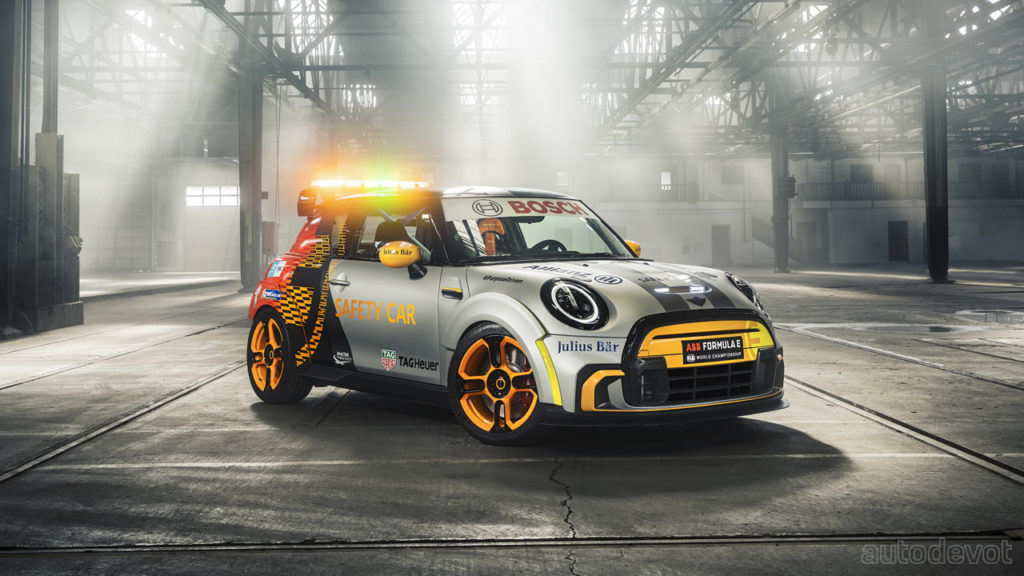 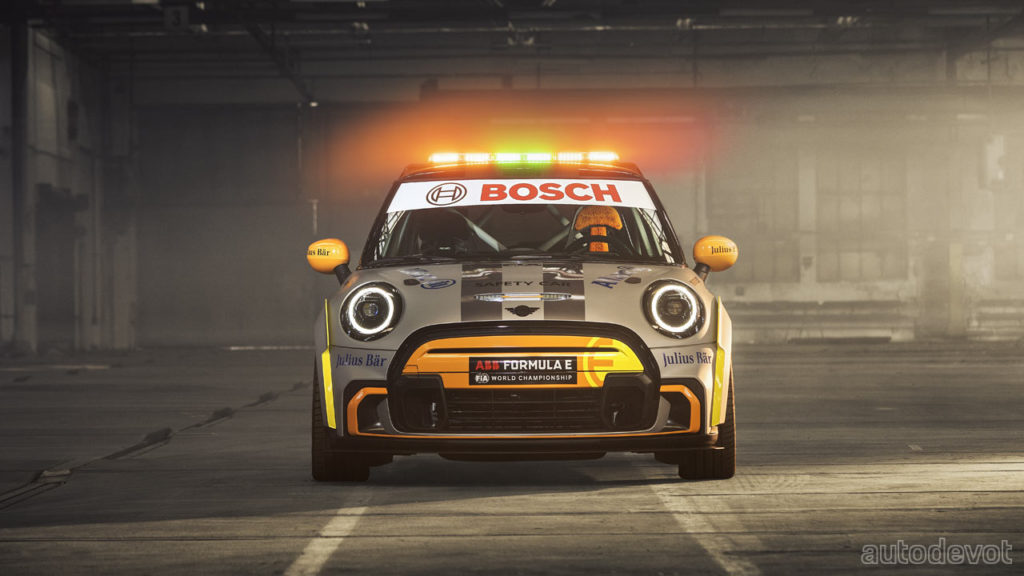 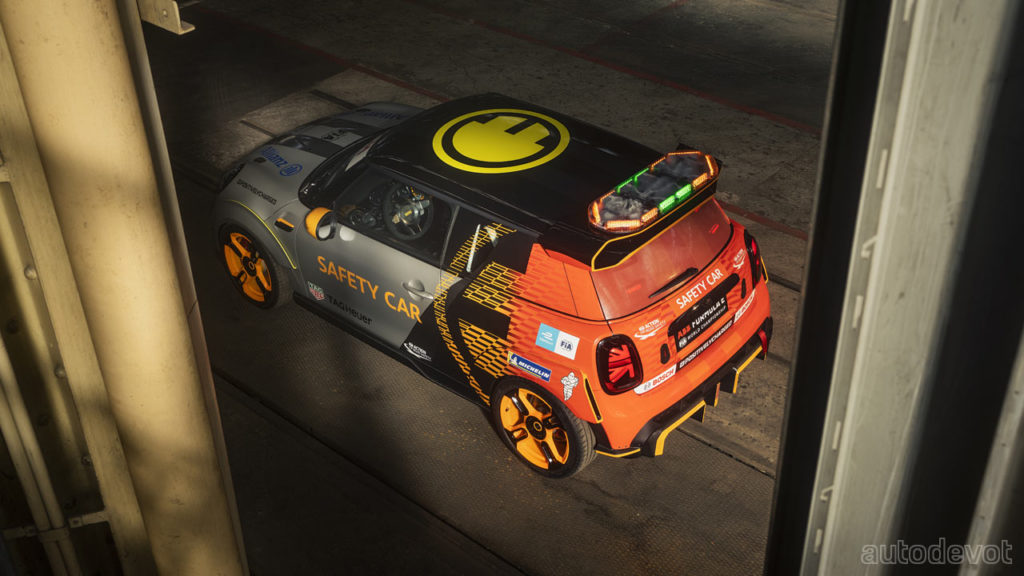 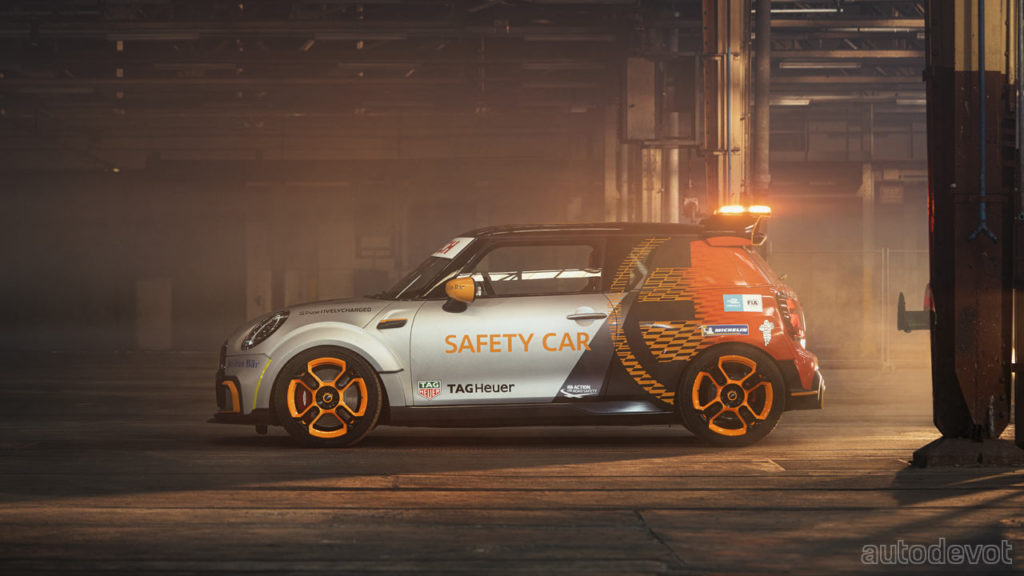 The Pacesetter rides on racing coilover suspension (with three-way adjustability for rebound, compression, height and camber) “to deliver maximum go-kart feeling”. Race-spec suspension control arm mountings, a 10 mm increase in track width, plus the four-piston brakes round off the package. 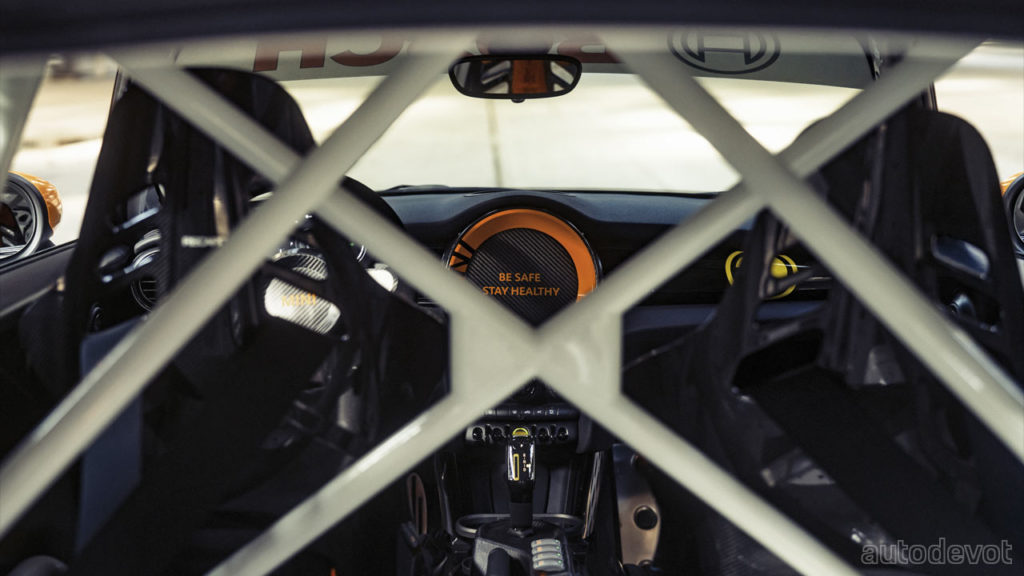 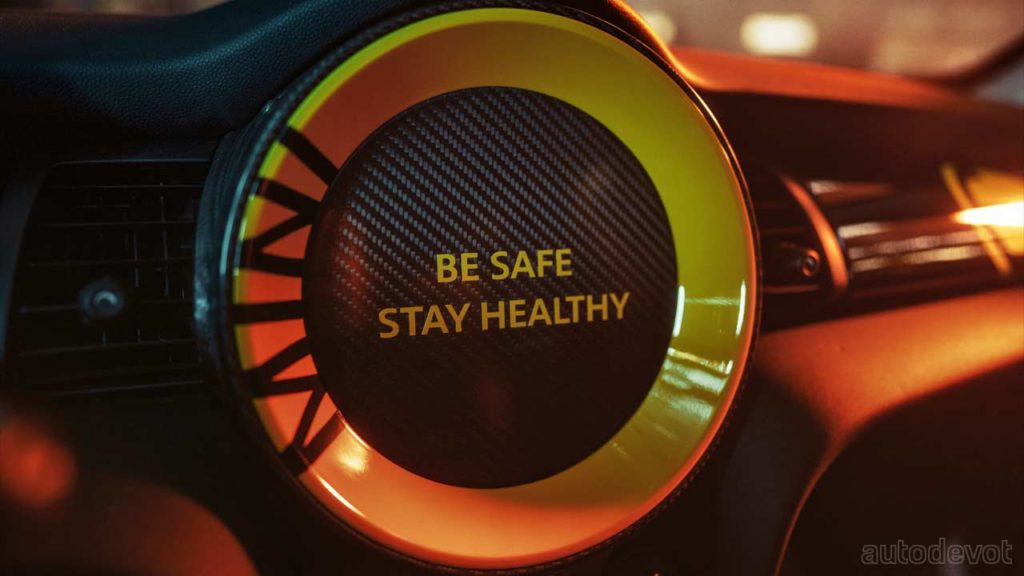 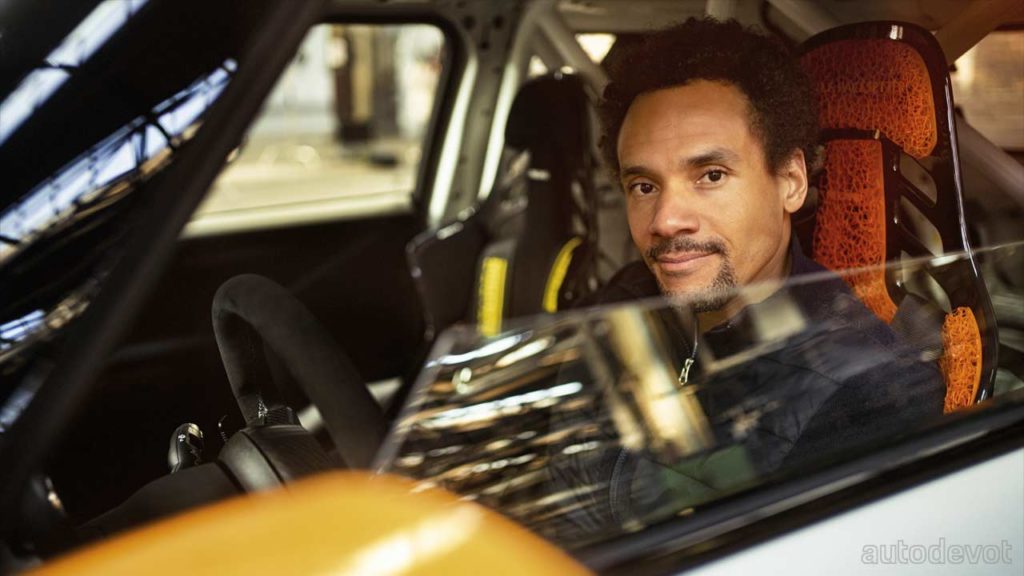 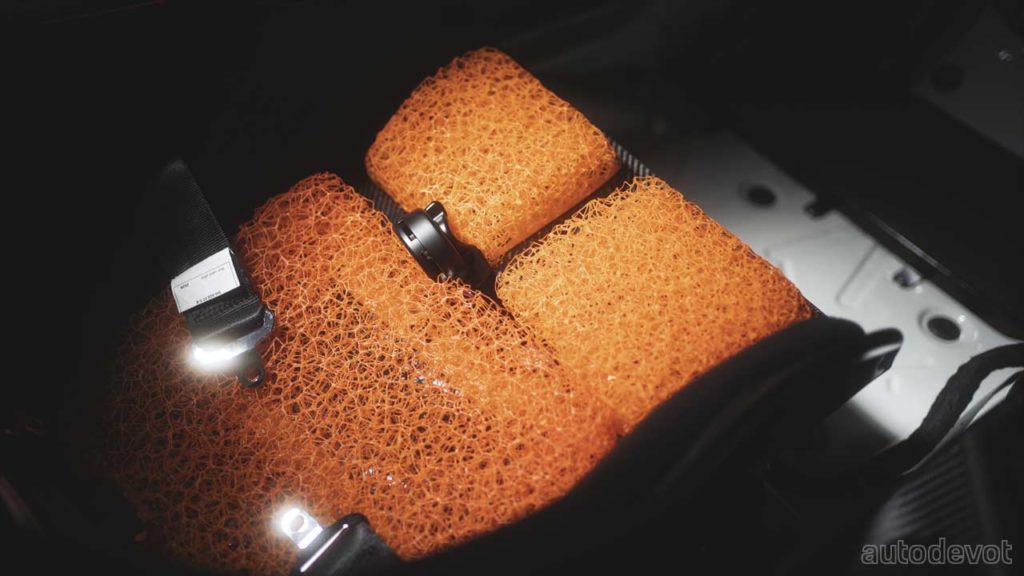 As you can imagine, the cabin has been stripped down to bare essentials; there are no rear seats, no central touchscreen. There’s a special seat for the driver with a six-point belt, which apparently is approved for both racing and road use; a minimalist steering wheel with carbon fibre impact absorber, and a digital instrument cluster. There’s plenty of carbon fibre usage as you can tell. In fact, the safety car weighs 1,230 kg (2,711.7 lbs), which is 130 kg (286.6 lbs) lighter than the Cooper SE.