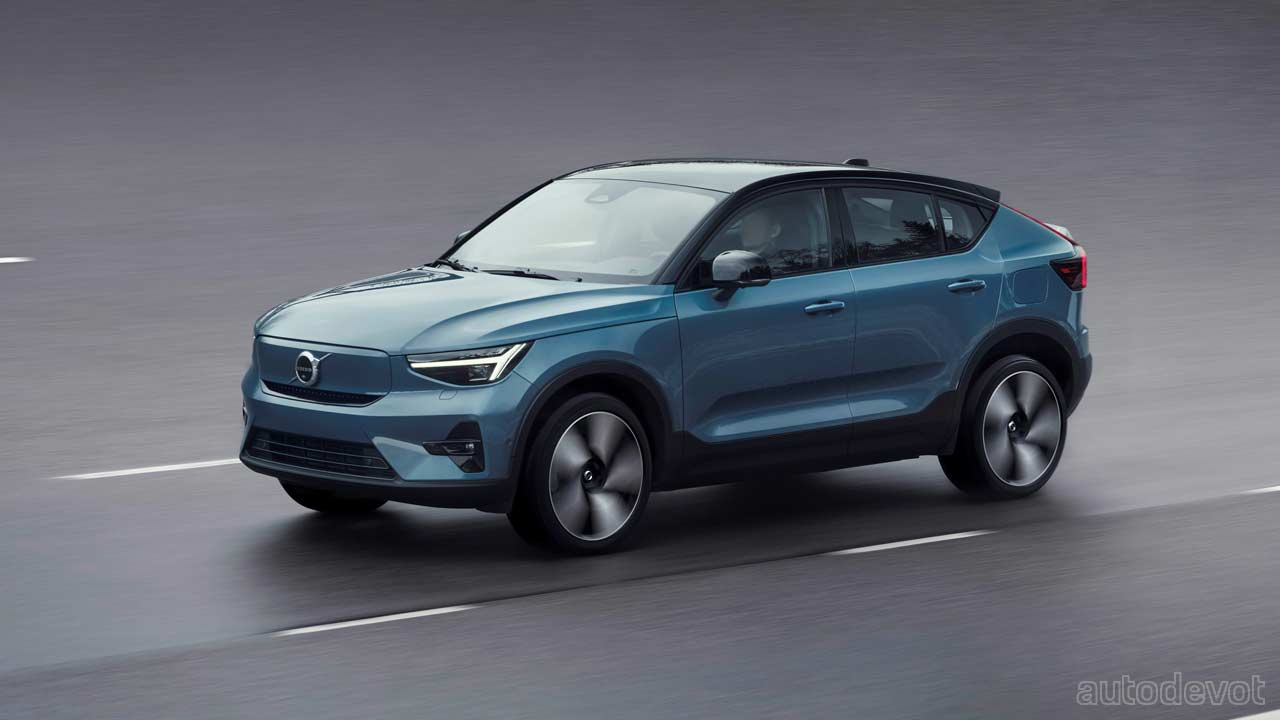 The all-electric Volvo XC40 Recharge has now got a coupe sibling that not only drops the roofline but also the letter X altogether. It is simply called the C40 Recharge, and as with the XC40, it’ll be built at the Volvo Cars manufacturing plant in Ghent, Belgium. 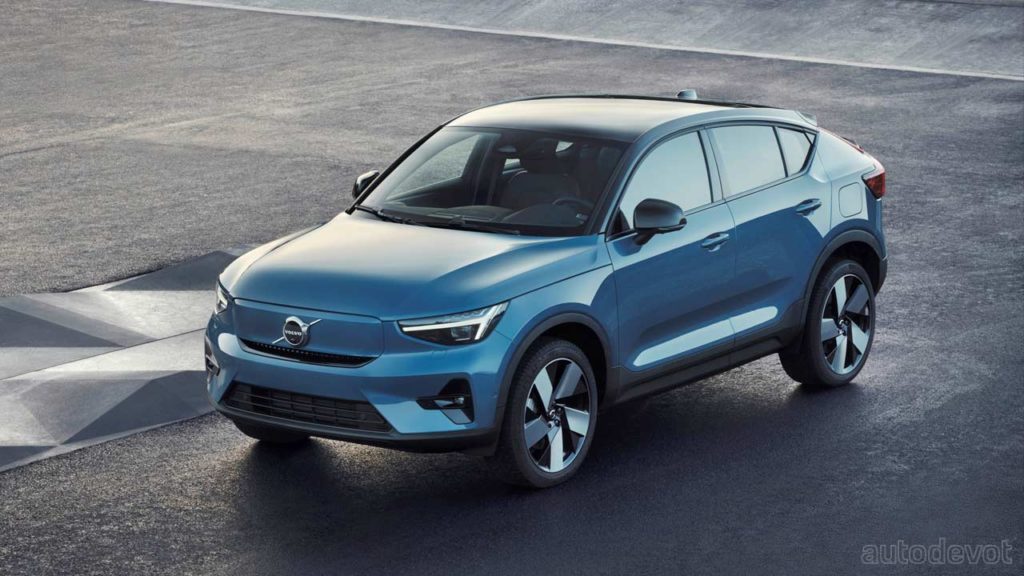 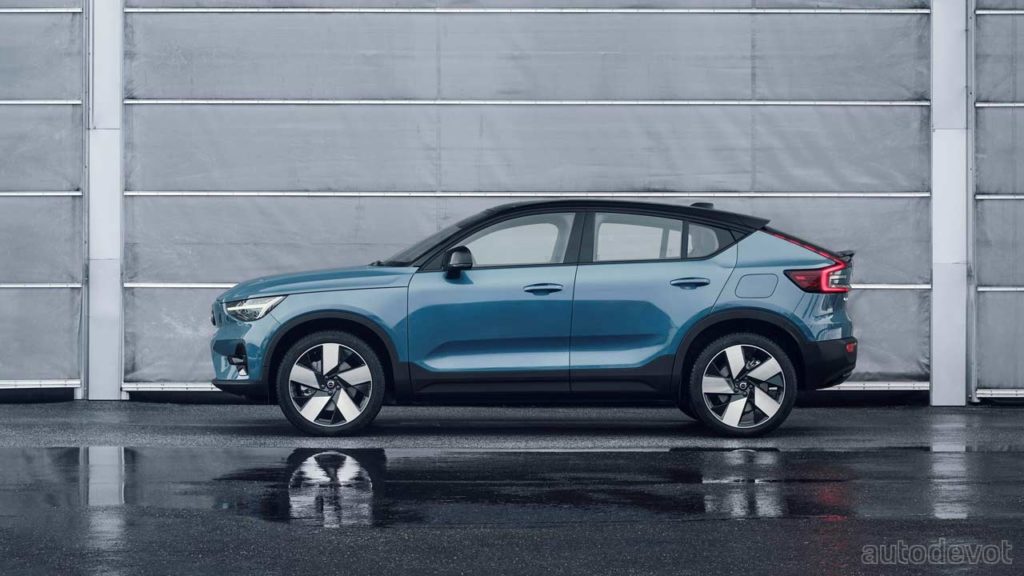 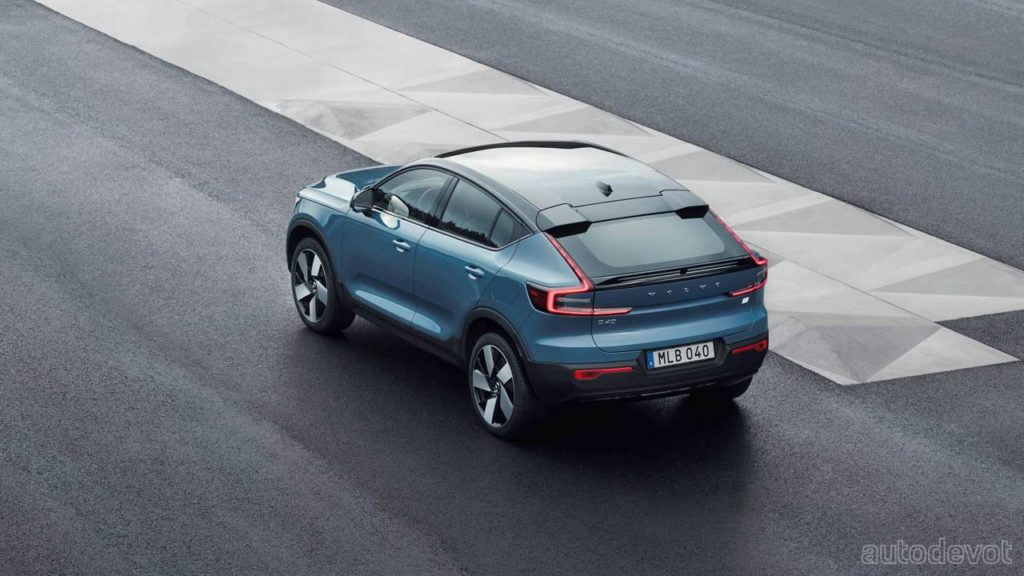 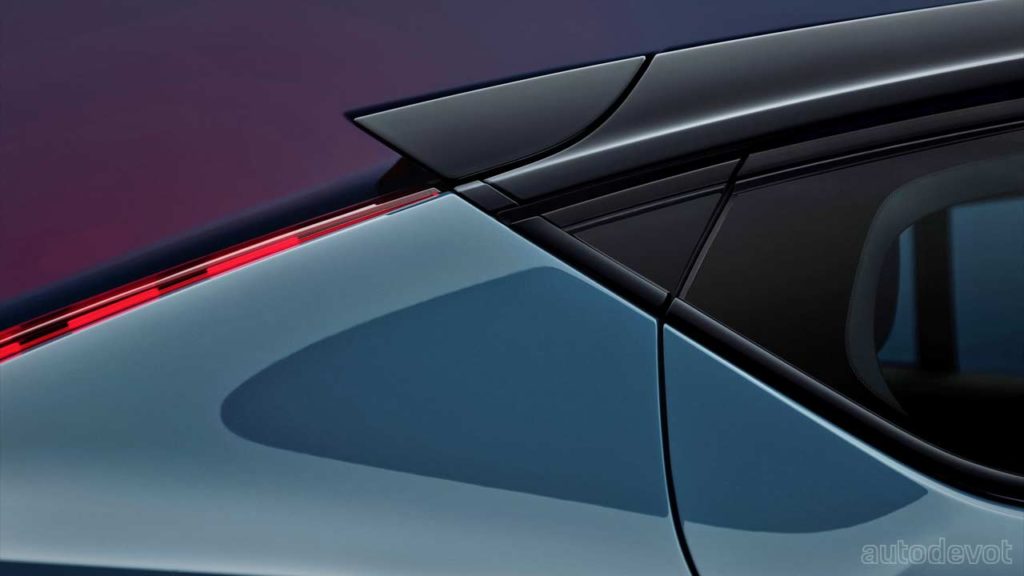 As with any coupe-SUV these days, the visual differences are obviously towards the rear-end of the vehicle, where the dramatic roofline and the tailgate create an illusion of being a single element. The roof-integrated spoiler is not continuous as the roof itself has sort of a canal for a smooth air flow, while there’s another spoiler in the middle of the tailgate to help with the downforce. 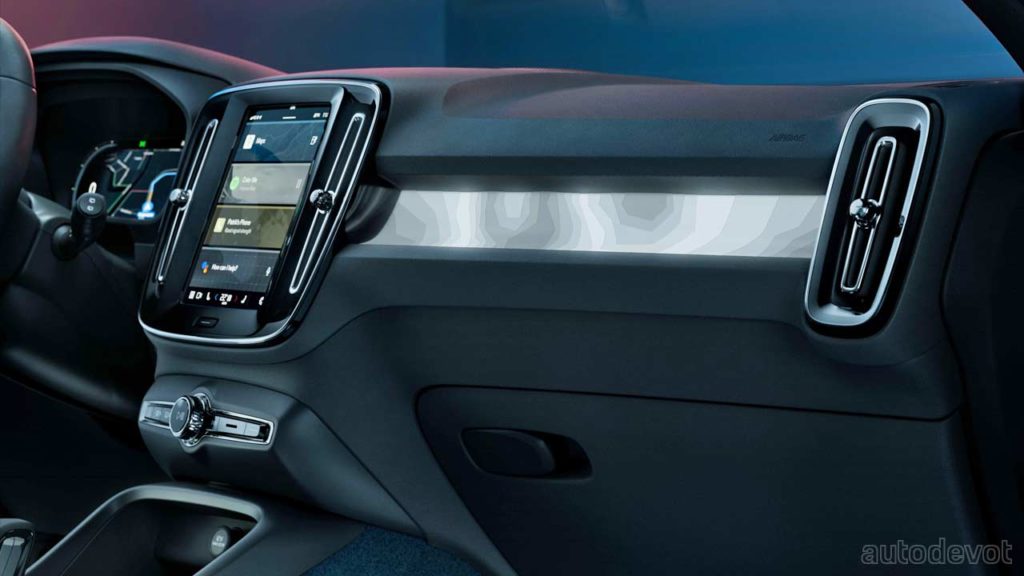 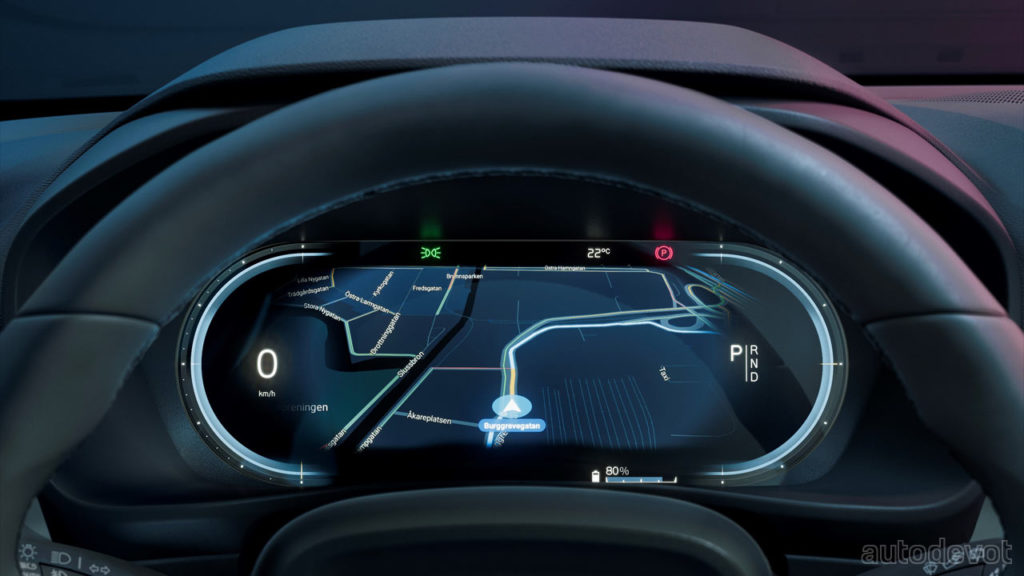 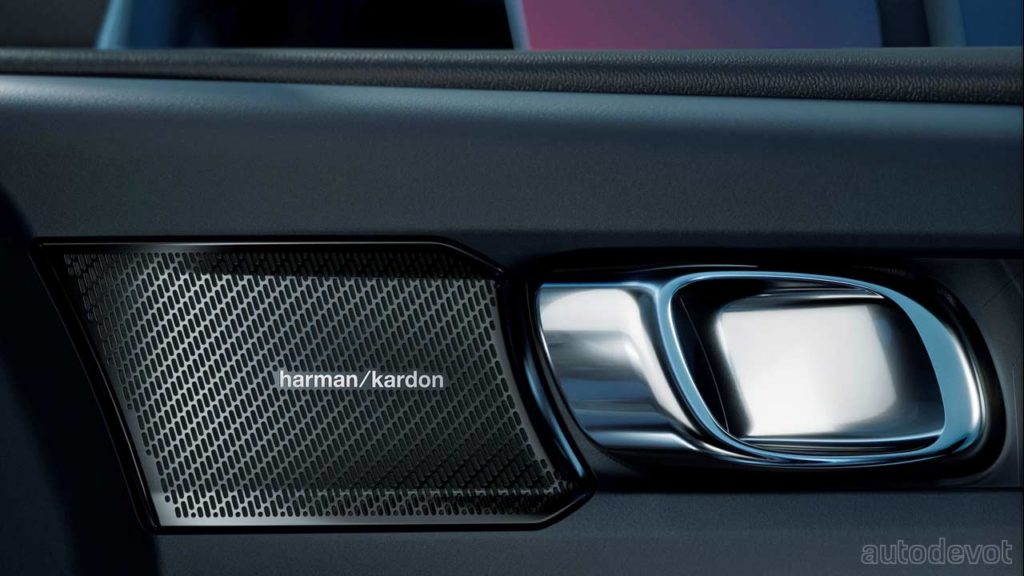 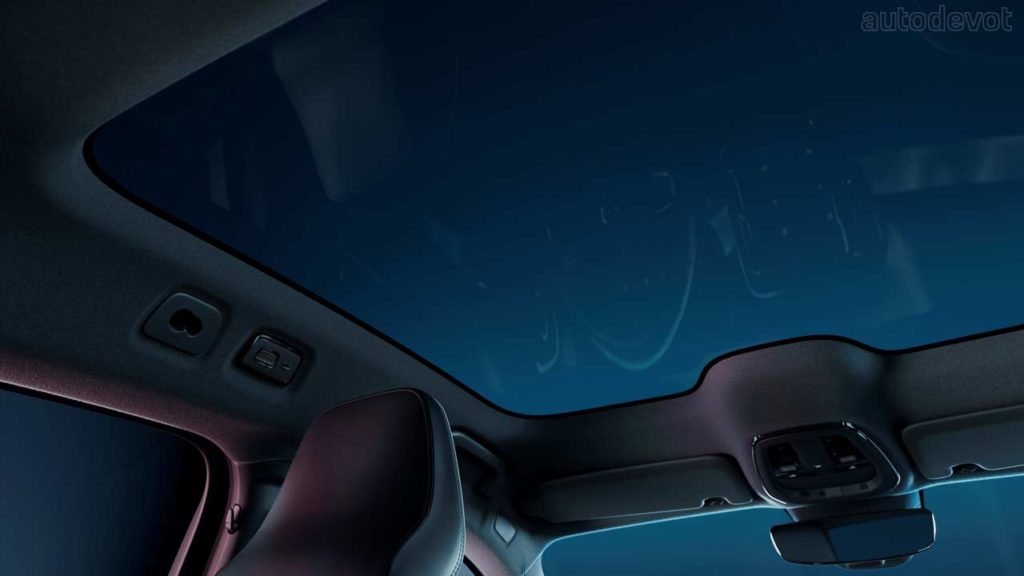 The rest of the vehicle is fairly similar to the XC40 Recharge, including the onboard technology such as built-in Google Assistant and Google Maps. However, the C40 Recharge is claimed to be the first Volvo with a 100% leather-free interior, including the material used on the steering wheel, gear shifter and seat upholstery. 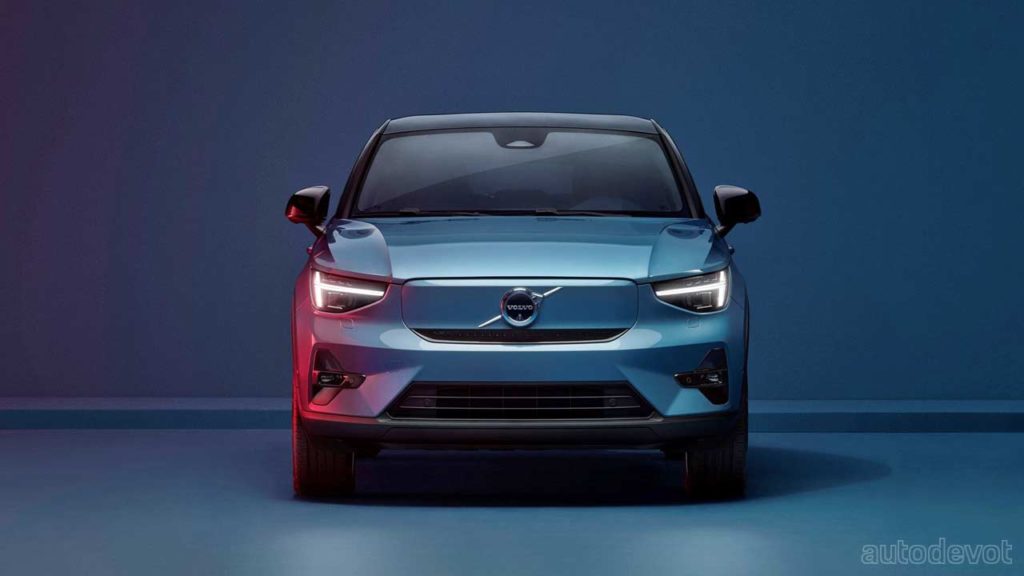 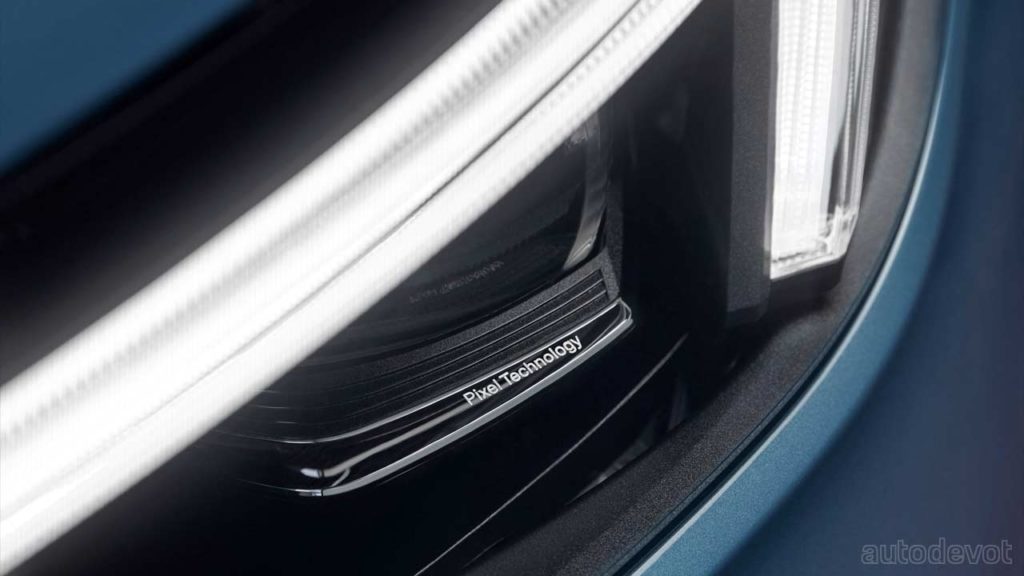 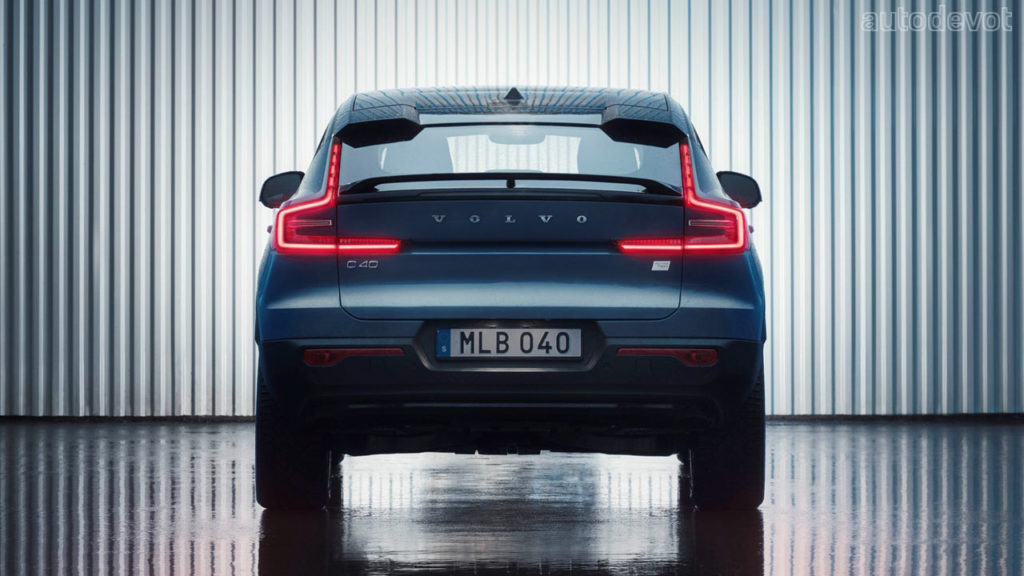 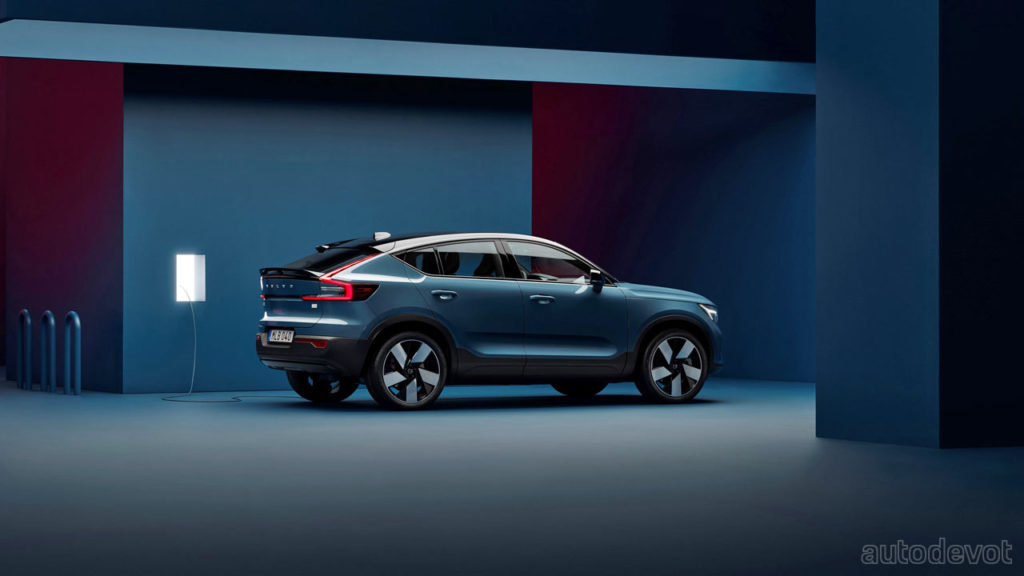 Mechanically, the C40 Recharge is identical to the XC40 Recharge. There’ll be two electric motors, one on each axle, drawing juice from a 78 kWh battery pack. Volvo estimates a WLTP range of around 420 km (261 mi), which it expects to improve over time via over-the-air software updates. The power and torque figures are also expected to be the same, which are 300 kW (408 metric hp) and 660 Nm (487 lb-ft), respectively. 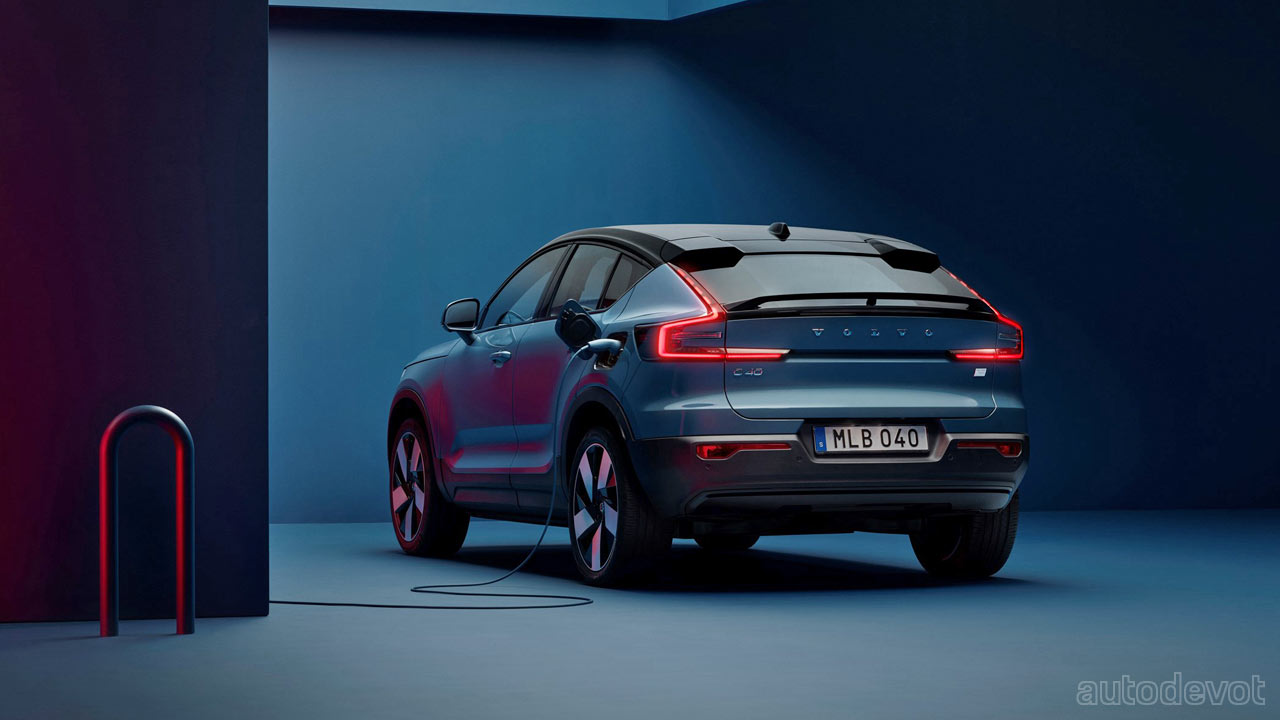 The C40 Recharge represents the future of Volvo and shows where we are going. It is fully electric, offered online only with a convenient care package and will be available for quick delivery. Getting a new Volvo was never this attractive. – Henrik Green, Chief Technology Officer