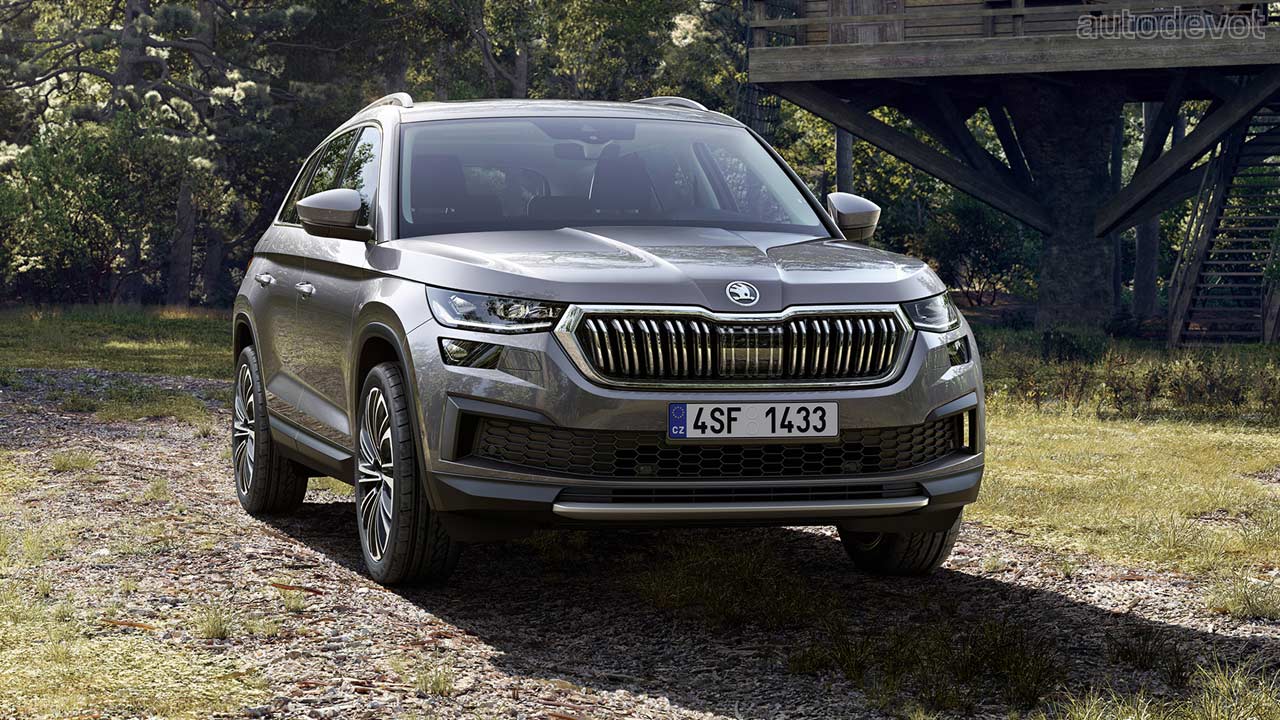 Skoda has revealed the updated Kodiaq lineup, scheduled to go on sale in the European markets starting in July 2021. The new Kodiaq boasts a revised styling, revised powertrains and the latest onboard technology. 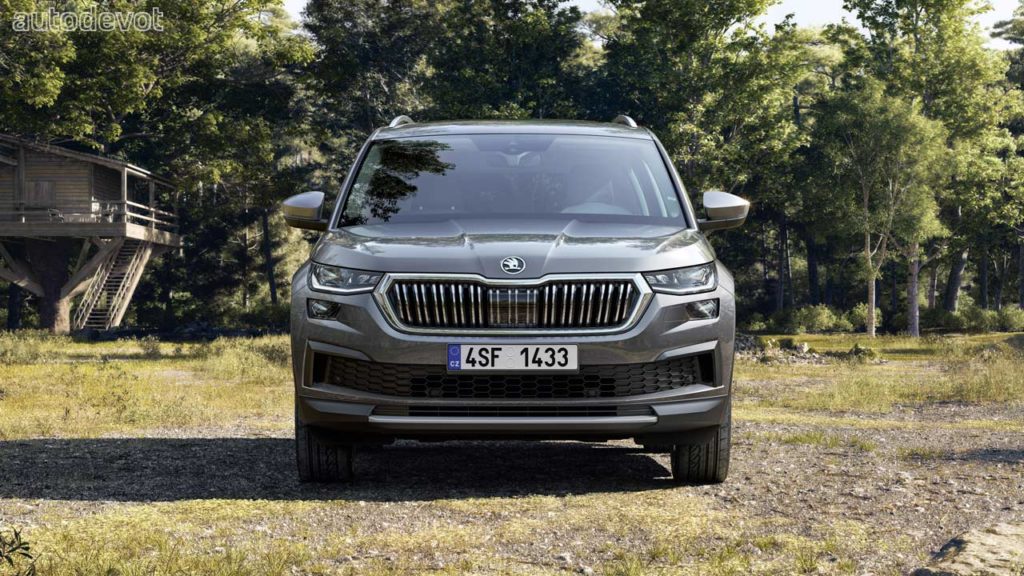 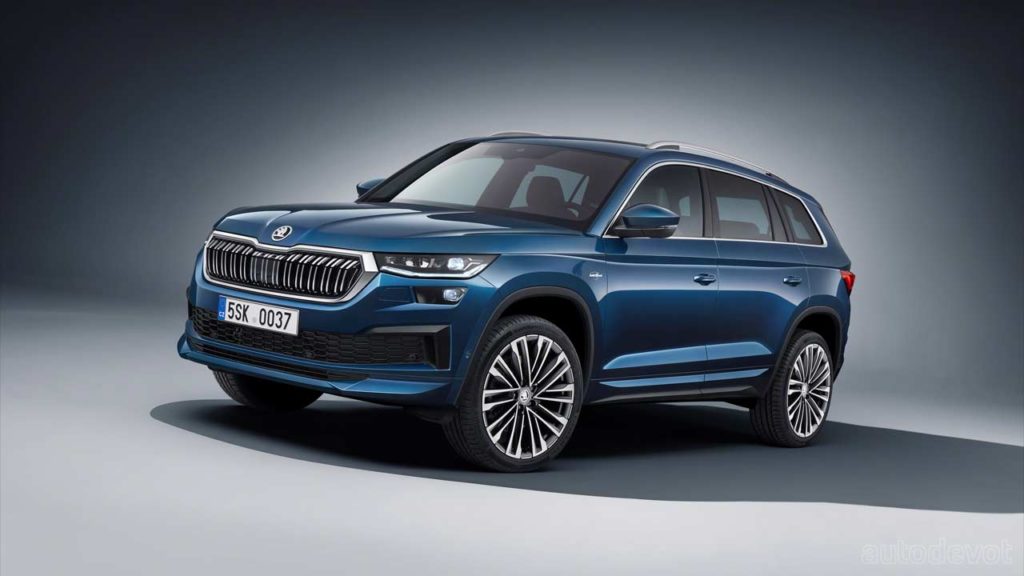 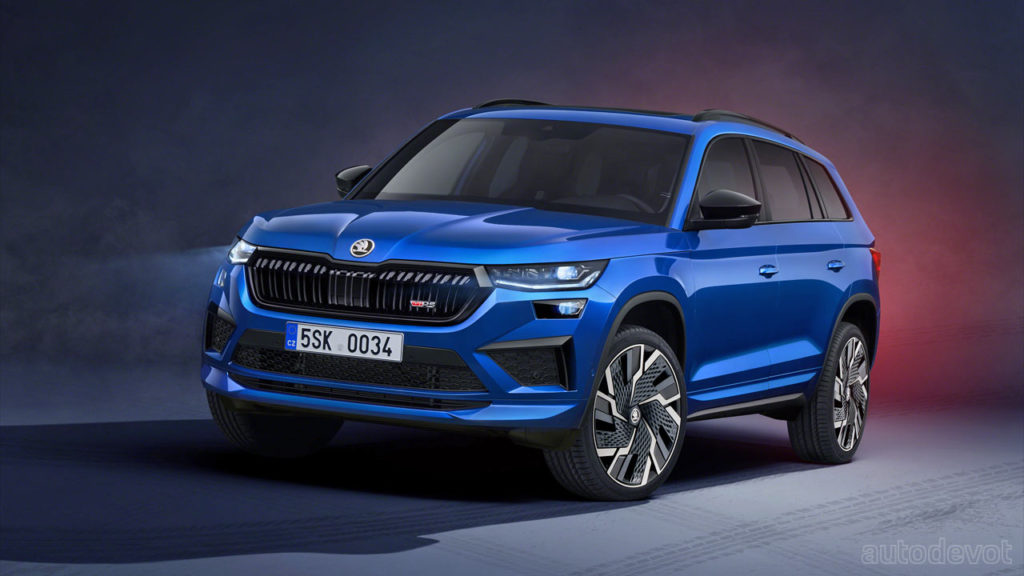 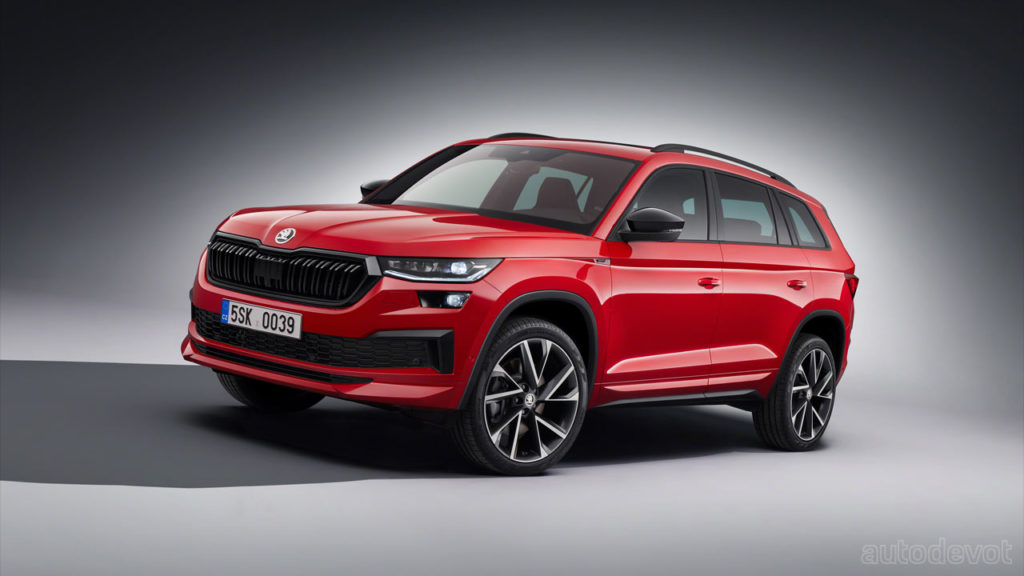 The updated lineup includes the regular Kodiaq, the Laurin & Klement, the Sportline, and of course, the hot Kodiaq RS. However, it has to be said that somehow the Sportline looks hotter than the RS in the examples showcased here, most probably due to its red paint with black elements. Anyway, the styling revisions are rather subtle but noticeable. 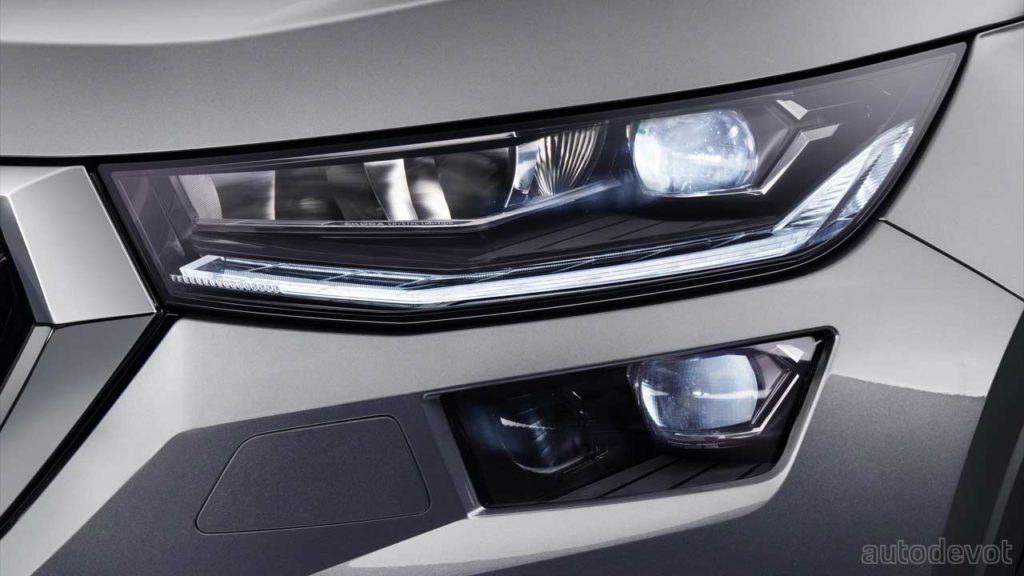 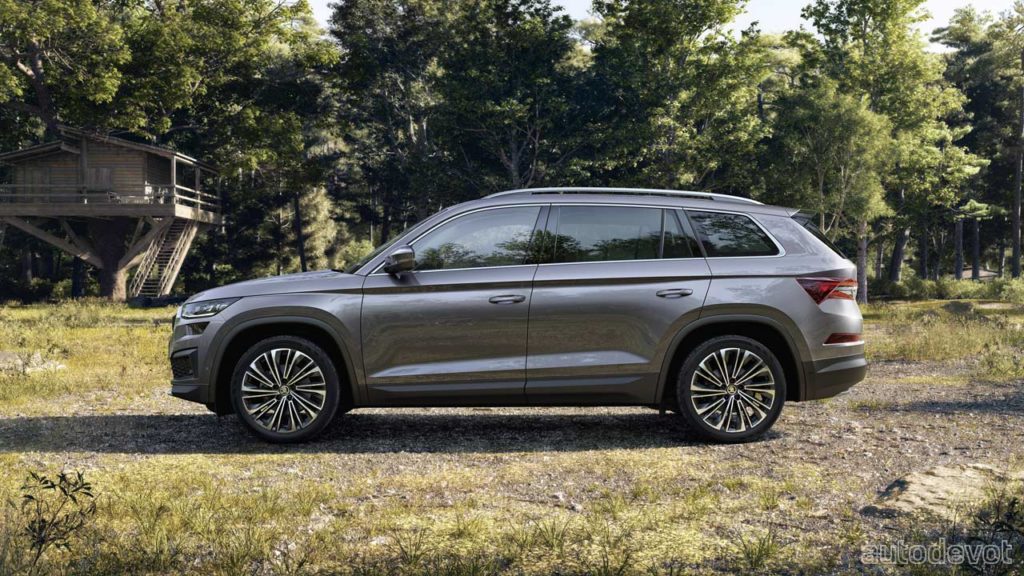 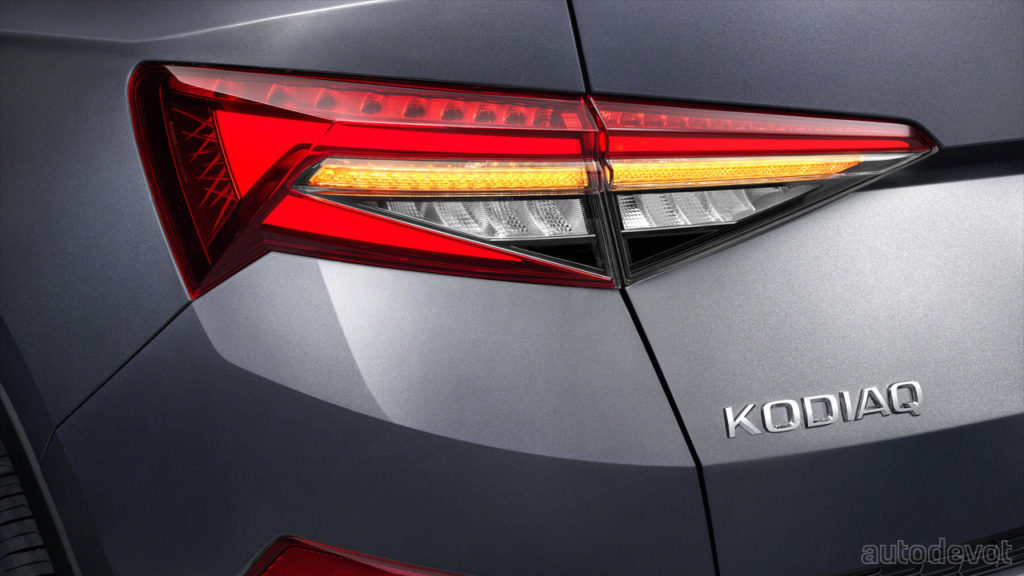 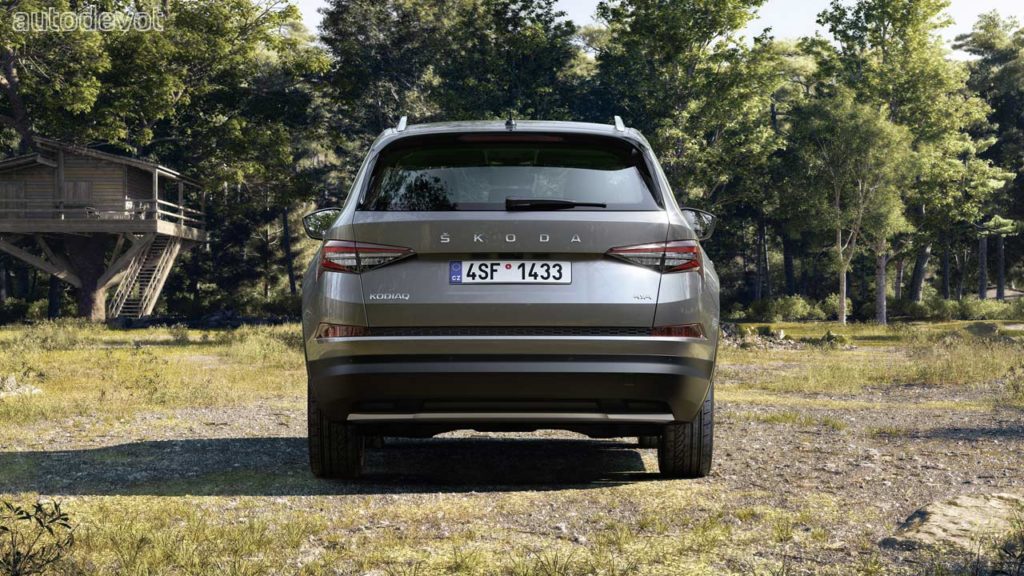 The Kodiaq facelift lineup is missing the Scout and the China-exclusive Kodiaq GT variants, but it’s not hard to visualize how they’ll look anyway. 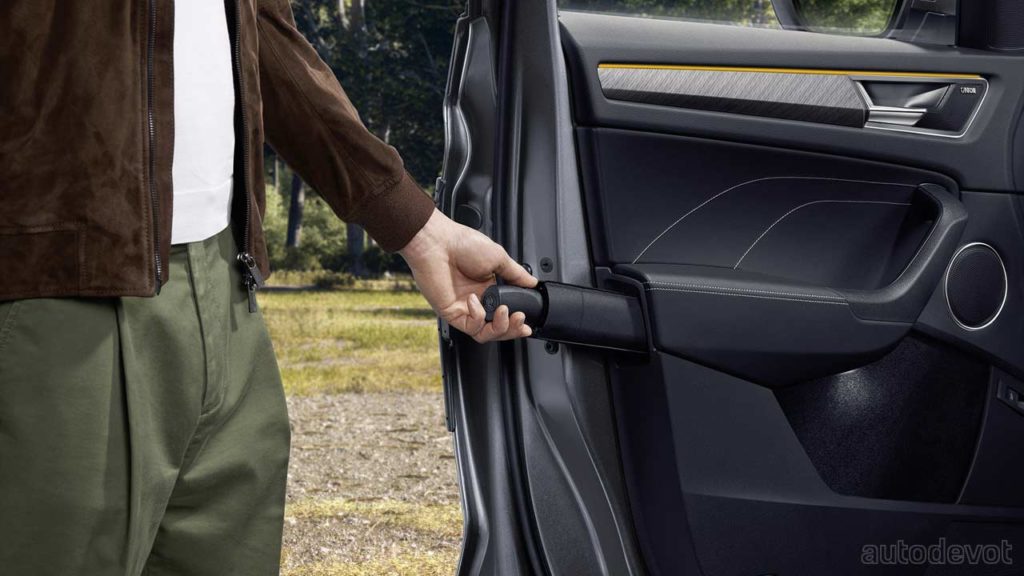 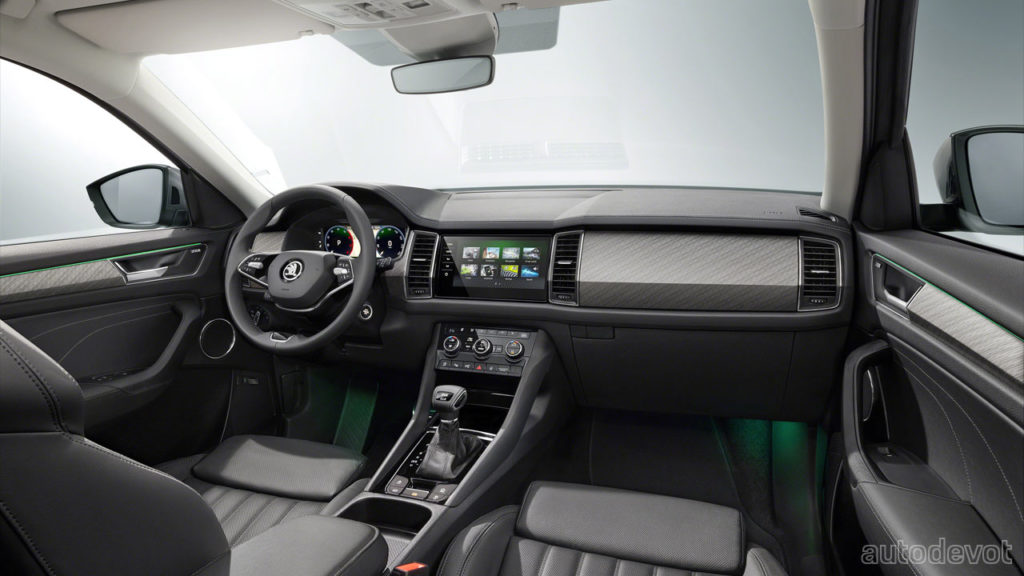 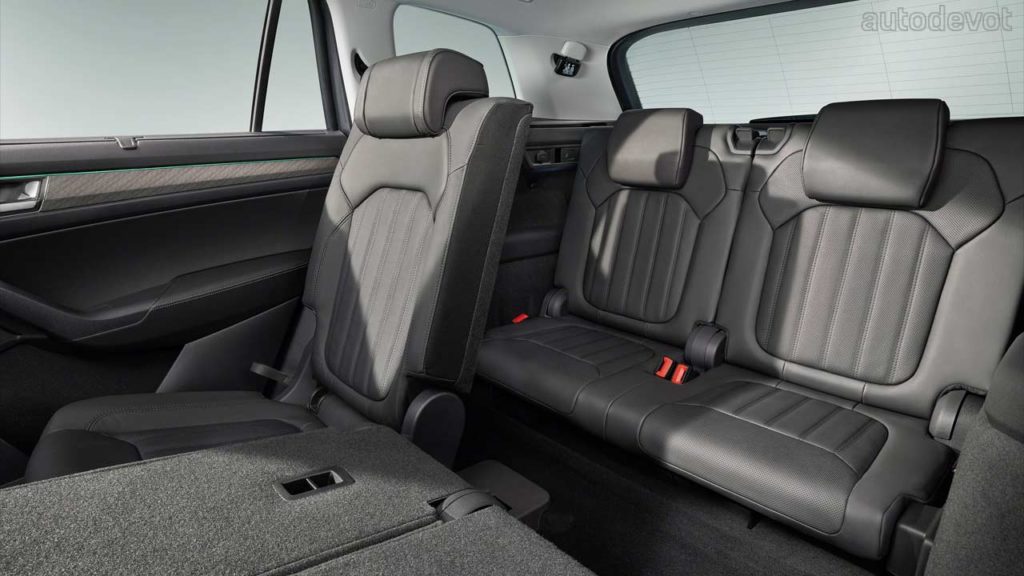 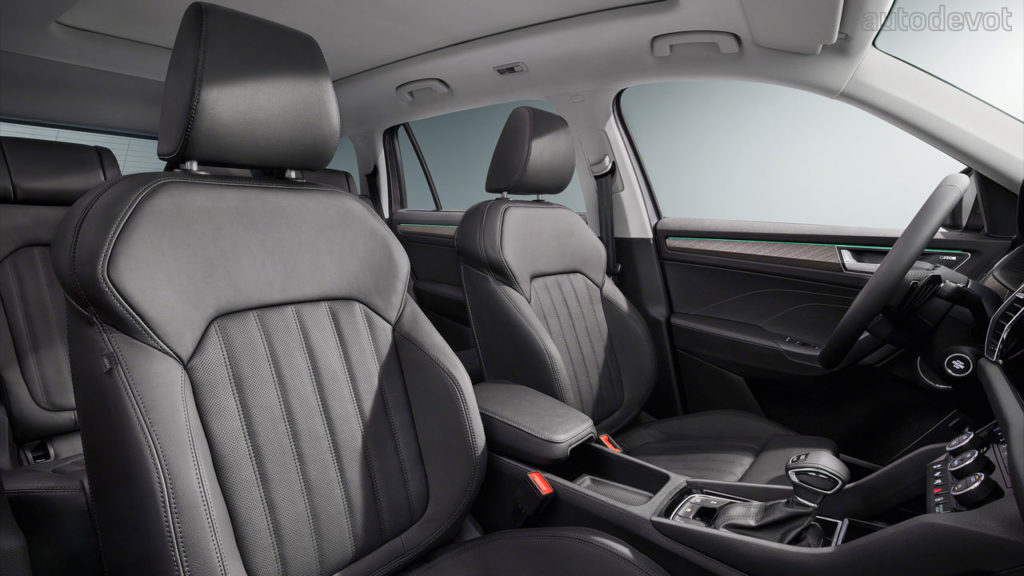 So, what’s new in the cabin? Well, there’s a new steering wheel that has been borrowed from the latest Skoda models, and materials that vary depending on the trim. The ‘Ambition’ and ‘Style’ trims, for example, offer the option of seat upholstery made from recycled materials. Also, the Ambition trim offers brushed aluminium detailing, while the Style has diamond structure detailing. The L&K gets chrome door handles. 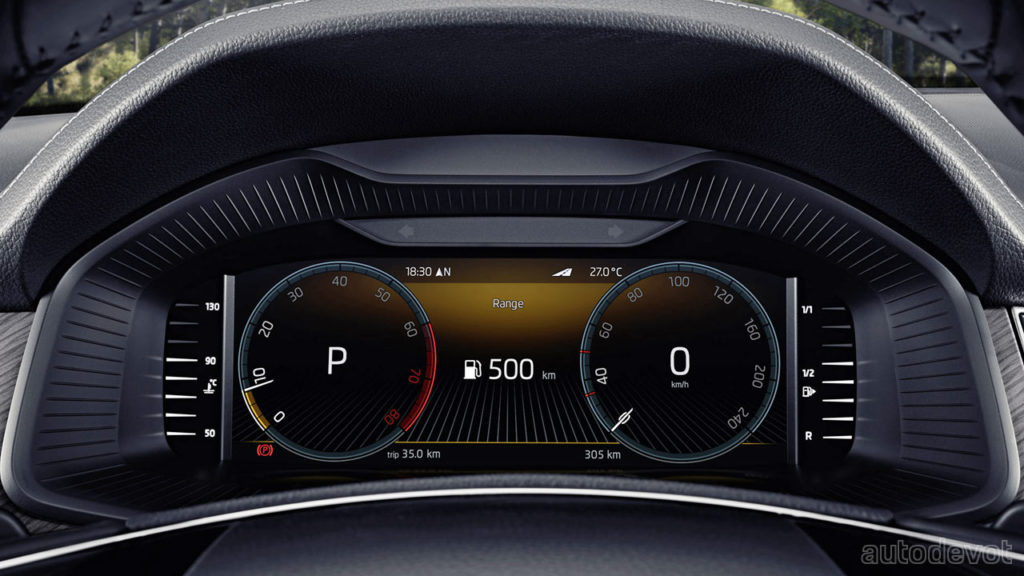 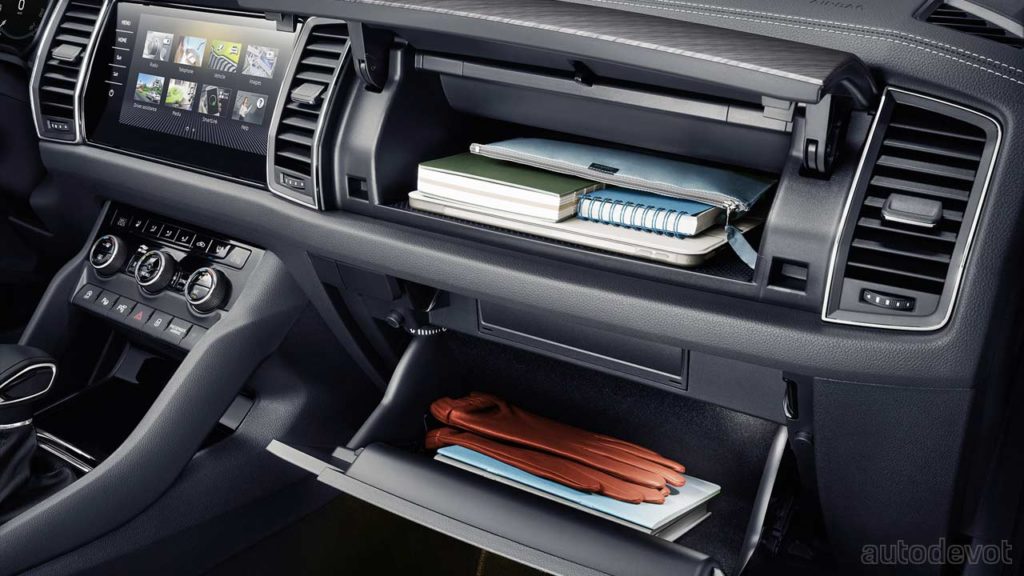 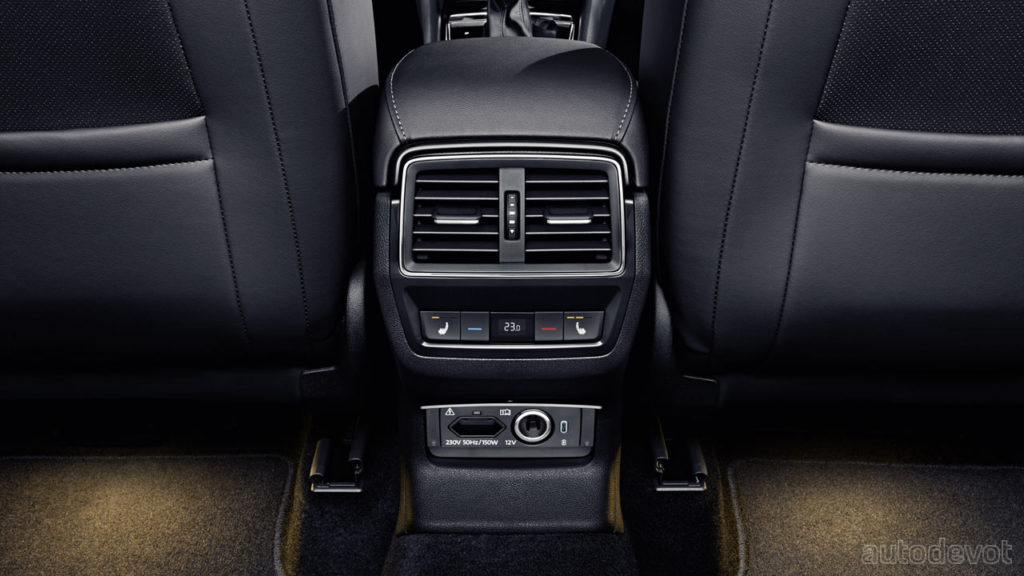 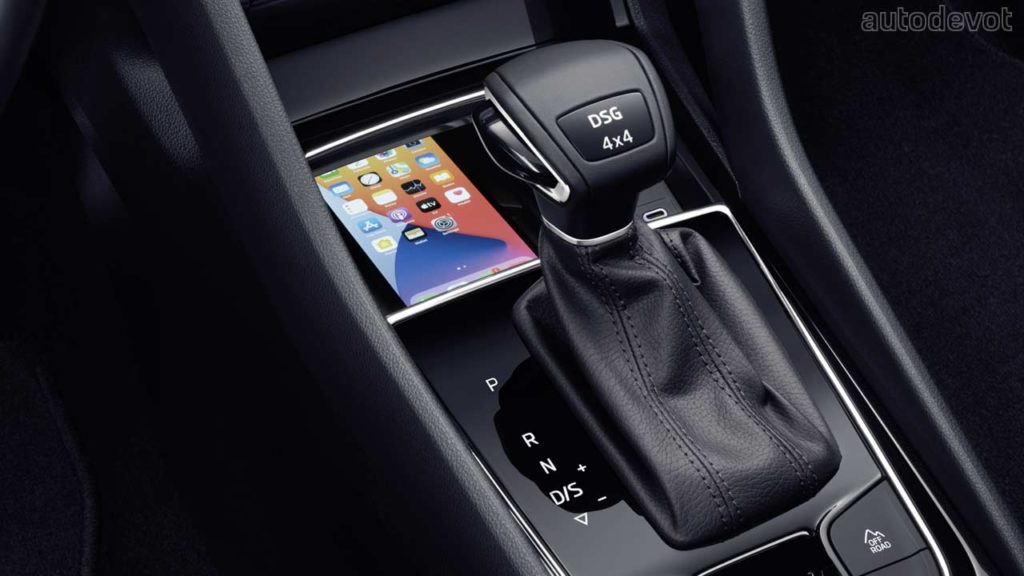 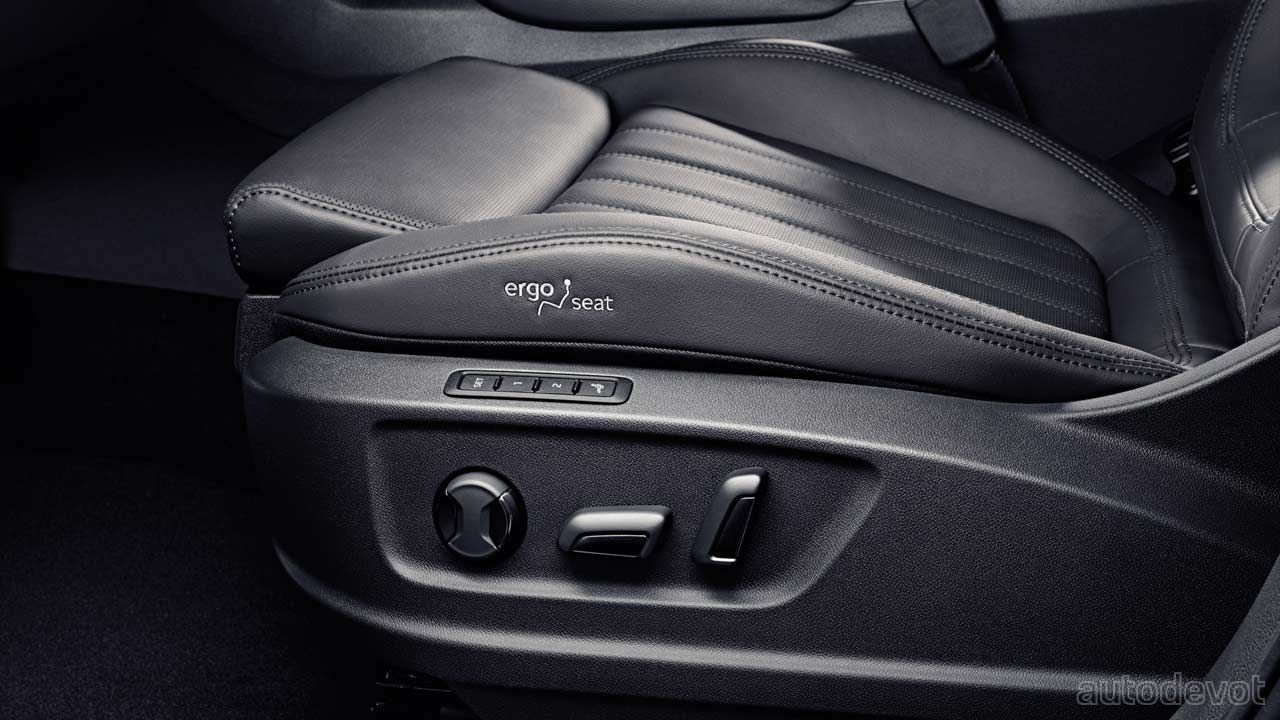 Onboard technology includes a 9.2-inch central touchscreen, Laura voice assistant that now supports up to 15 languages, and Apple CarPlay & Android Auto connectivity. Options include a 10.15-inch digital driver display with specific graphics for the RS version; wireless smartphone charging, a 12-speaker Canton audio system, and ergonomic front seats with a manually extendable seat base. The Bolero, Amundsen and Columbus infotainment systems come with a built-in eSIM.

As for safety and driver assistance, the Adaptive Cruise Control functions up to a speed of 210 km/h (130 mph), while the emergency braking function can detect both pedestrians and cyclists. Also, the new radar sensors at the back are claimed to prepare the vehicle and its occupants in case of a collision risk from behind. 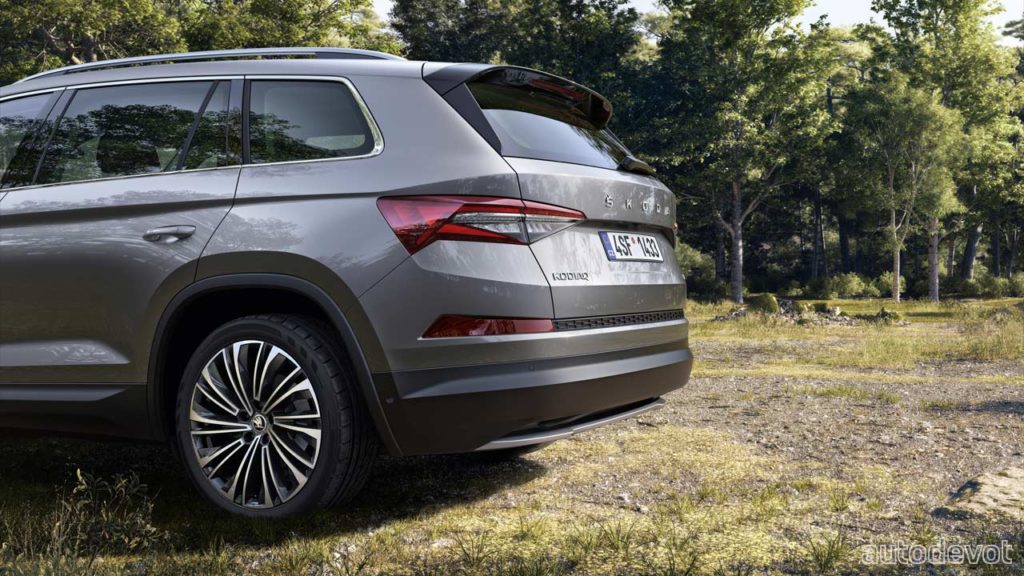 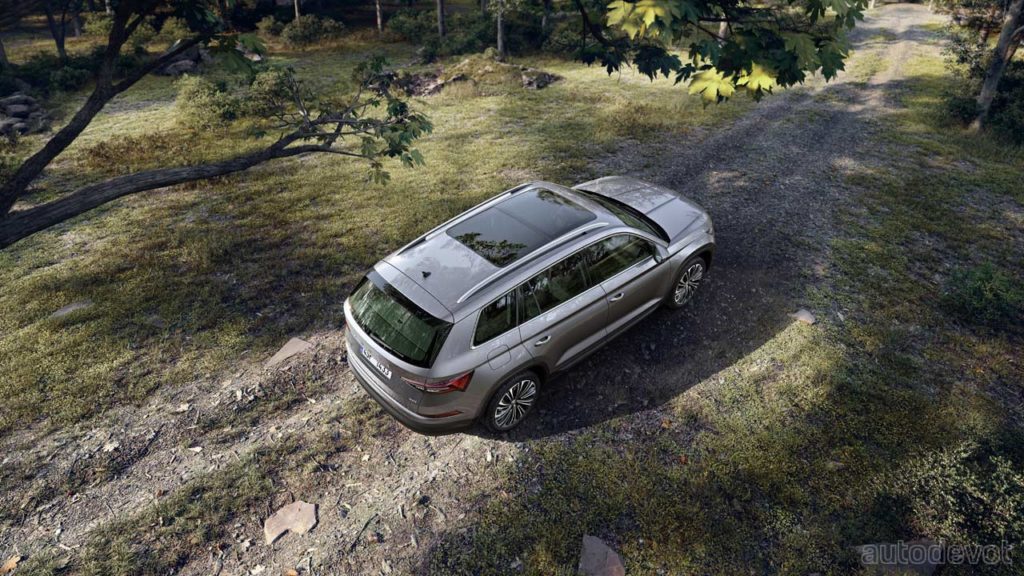 Moving on to the juicy bits of the story, the entry-level engine for the new Kodiaq will be the 110 kW (150 metric hp) 1.5L TSI with cylinder deactivation, paired with a 6-speed manual gearbox that drives the front wheels. The mid-range petrol engine is gonna be a 140 kW (190 metric hp) 2.0L TSI. Next up will be a 150 metric hp 2.0L 4-cylinder TDI, hooked up with a 7-speed DSG with front-wheel-drive or all-wheel-drive options. The more powerful diesel engine will be a 147 kW (200 metric hp) 2.0L TDI. 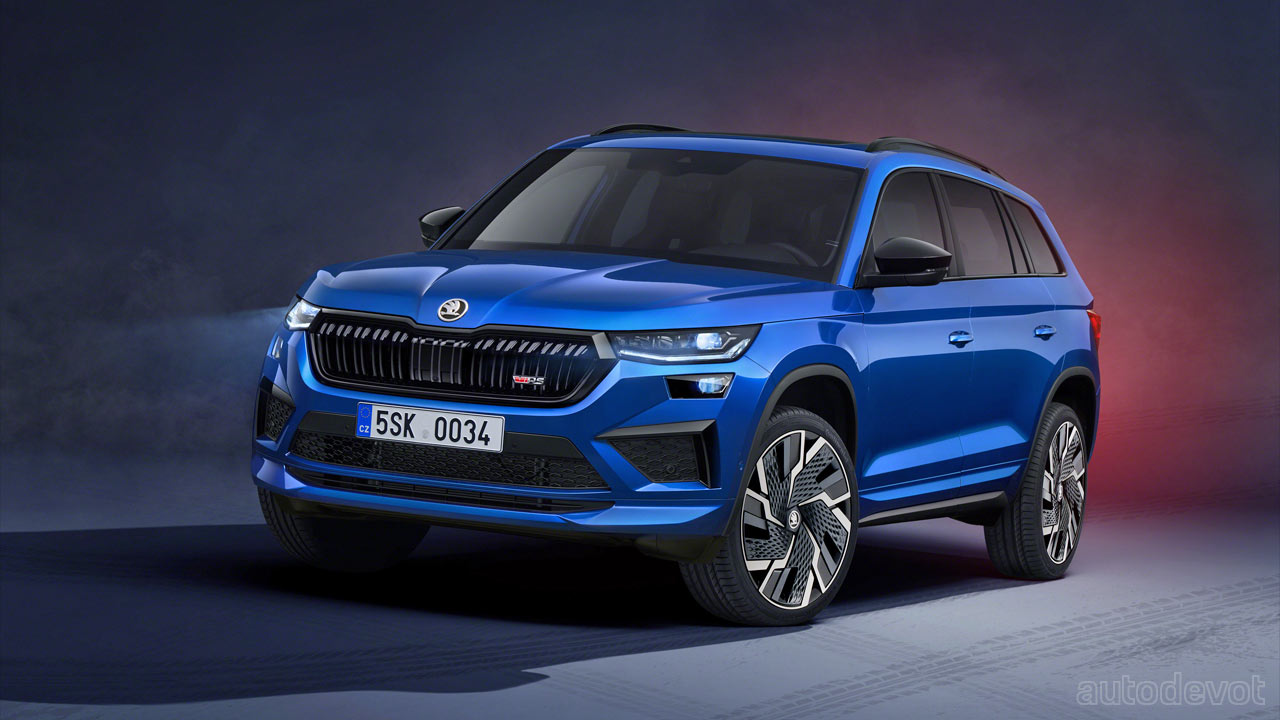 The biggest change, of course, comes from the Kodiaq RS, which is now powered by a petrol engine. The 2.0L TSI delivers 180 kW (245 metric hp), which is 5 metric hp more compared to the TDI-powered RS. Also, the new petrol engine is claimed to be 60 kg (132 lbs) lighter, with a further 5.2 kg (11.5 lbs) shaved off from the new DSG transmission.