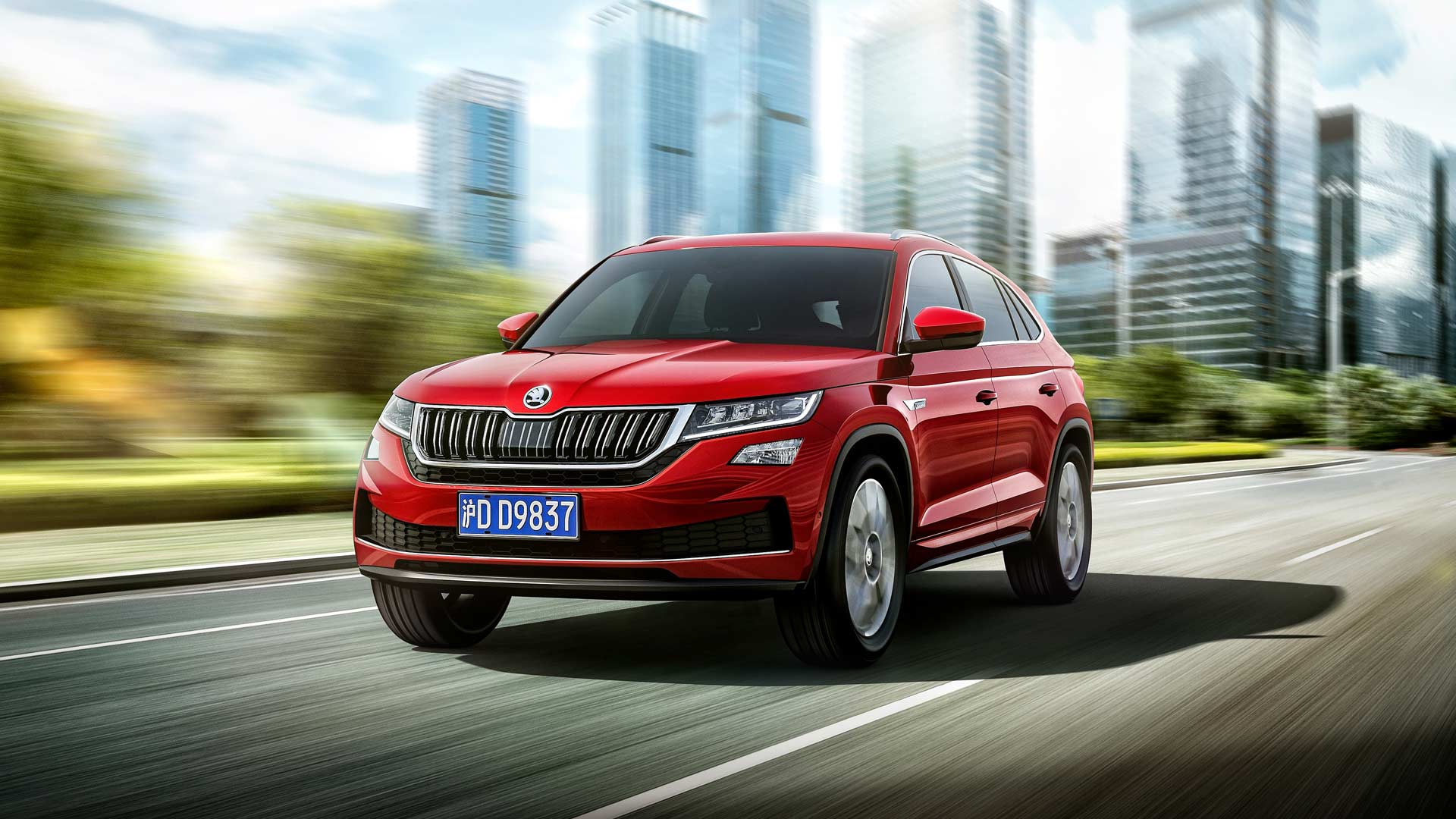 As we read before, Skoda is offering the Kodiaq GT, a model exclusive for the Chinese market. The Coupe-SUV has been officially revealed ahead of its world premiere at the Guangzhou Motor Show in November.

At the front, the GT doesn’t look all that different compared to the standard Kodiaq; it gets a chrome-outlined grille with dual ribs. The front bumper has been slightly reworked, however, it’s the Kodiaq RS which gets a more sportier front face.

The side profile looks interesting, thanks to the sloping roofline that merges into the tailgate. Also, notice the chrome badge on the front door. The alloy wheel design looks a bit similar to the ones on the Kodiaq RS. 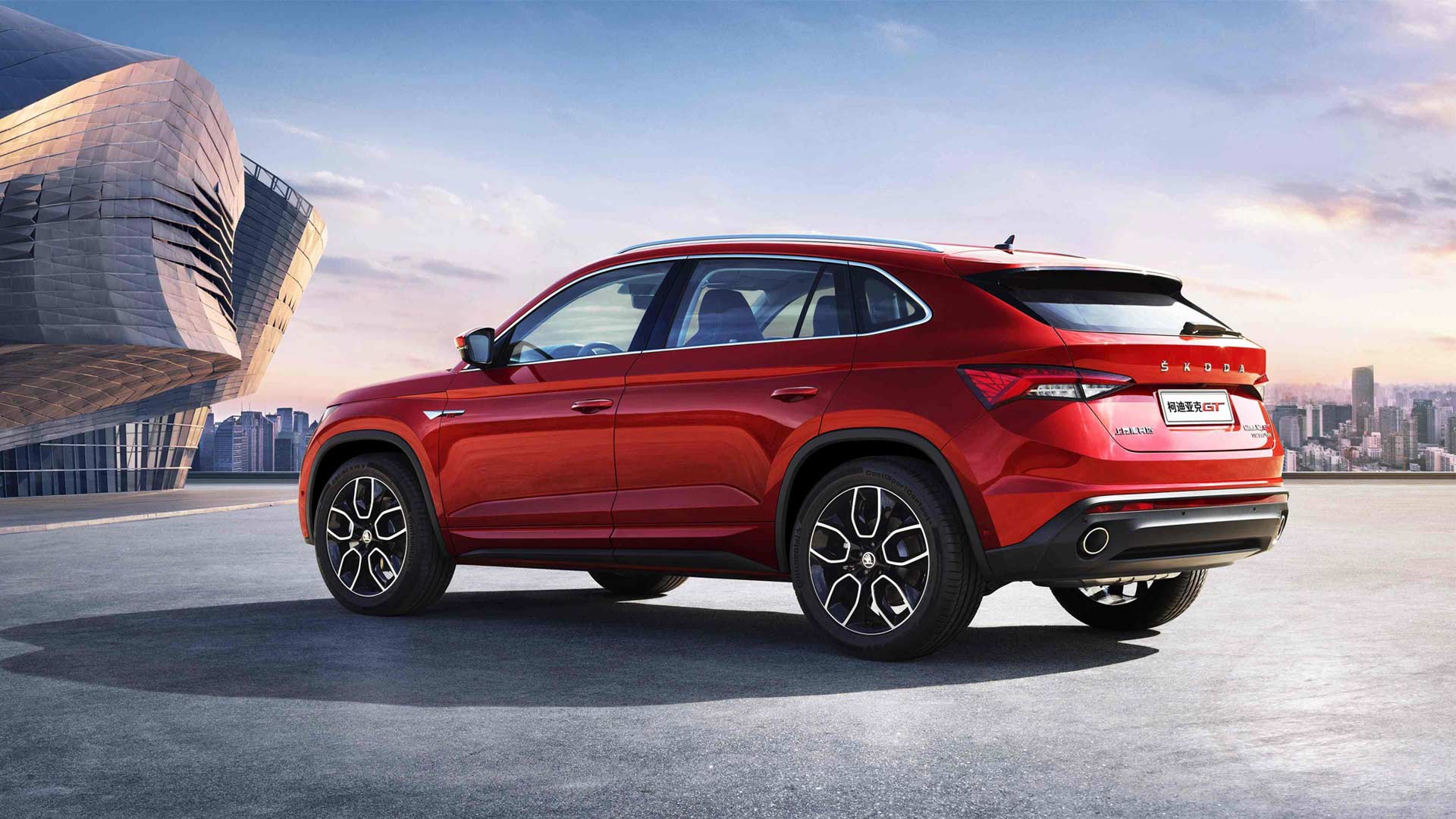 The rear end features sharply drawn LED taillights with crystalline shapes and Skoda’s characteristic design. Interestingly, the bumper here has a more sportier design compared to the RS and has a reflective tape that runs along the entire width of the vehicle. Adding to the looks are two circular tailpipes on either side. This is the first Skoda production model in China to bear the brand lettering in individual letters at the centre of the tailgate. 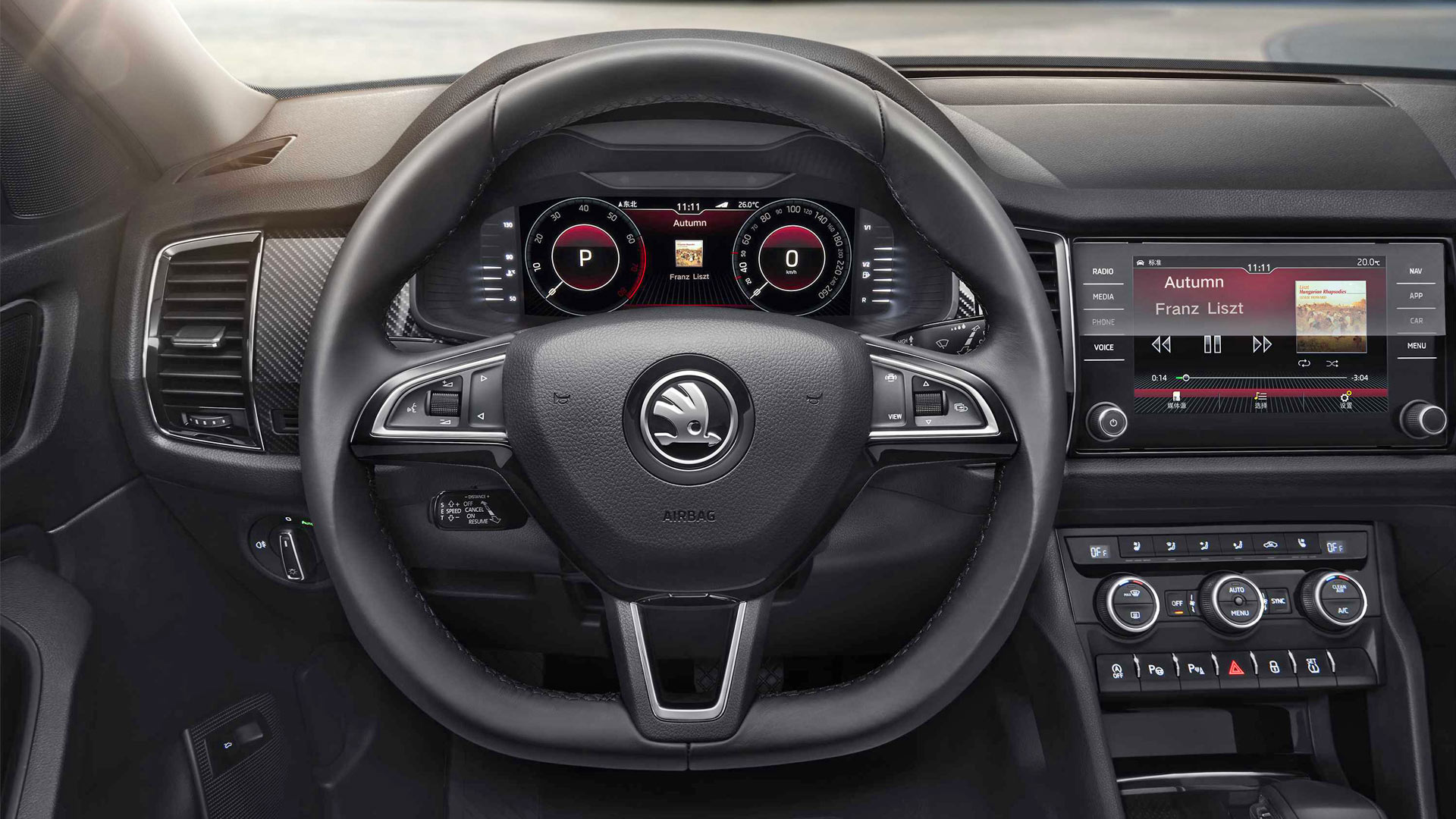 As for the interiors, it’s still the RS model which looks a lot more sportier. However, the GT isn’t too bad either. It gets a fully customizable Virtual Cockpit as standard, carbon fibre-like trim elements, Wi-Fi access, MirrorLink, Apple CarPlay and Baidu Carlife. Except for the materials used, the sporty seats are similar to the ones in the RS.

Powertrains
Which then brings us to the business end. The Kodiaq GT will be powered by a 2.0L TSI engine in two states of tune. The first one is a 186 hp driving the front wheels, and the second one is a 220 hp with all-wheel drive. Transmission is a 7-speed DSG.

Ralf Hanschen, President of ŠKODA China, said – “The Skoda Kodiaq GT is an important milestone in Skoda’s China strategy. Being the first coupé SUV in our model range specifically designed for the Chinese market. We are confident that this sporty and stylish Skoda model will appeal to new customer groups and provide an even more impressive driving experience for our customers in China.” 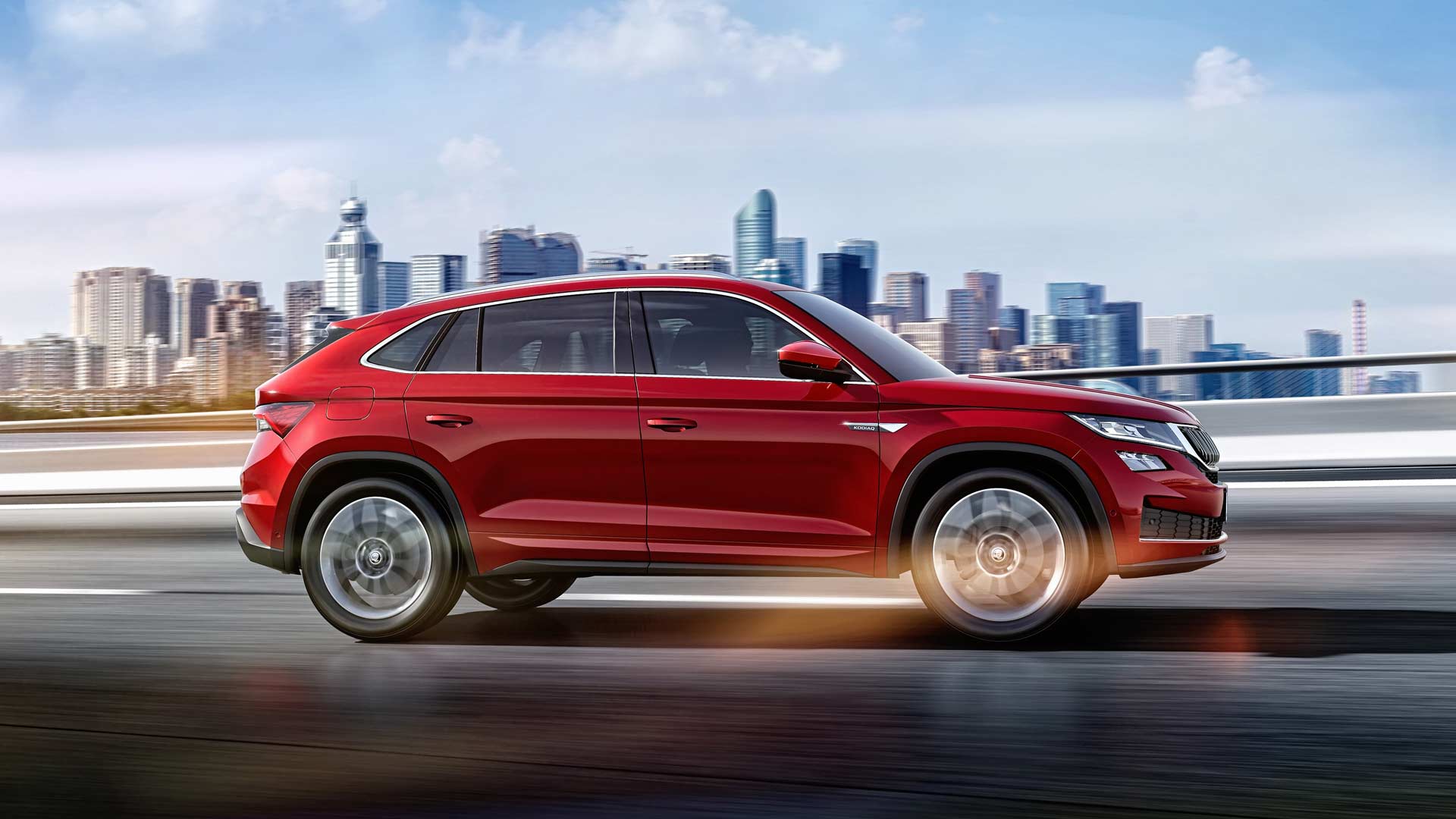 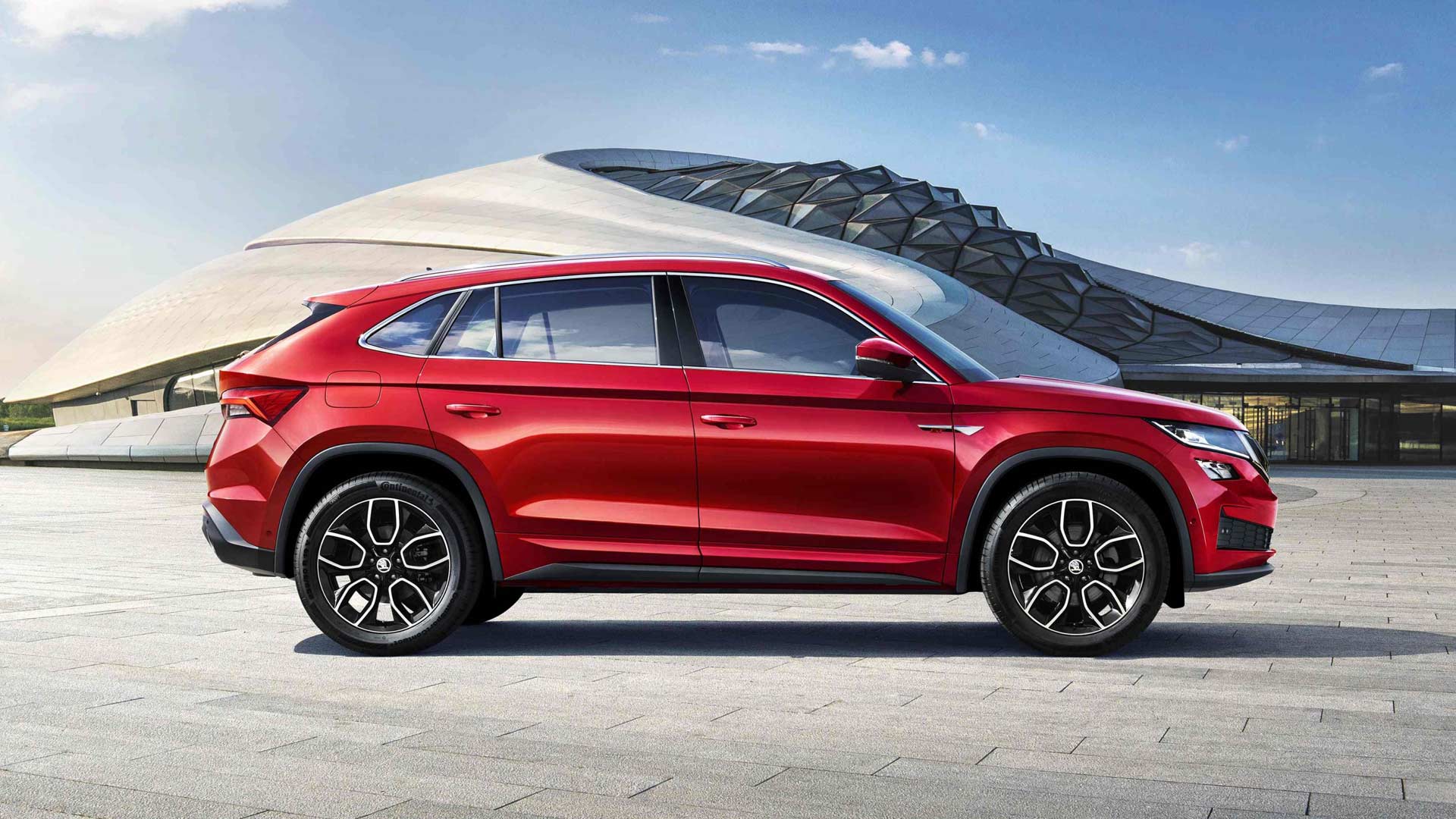 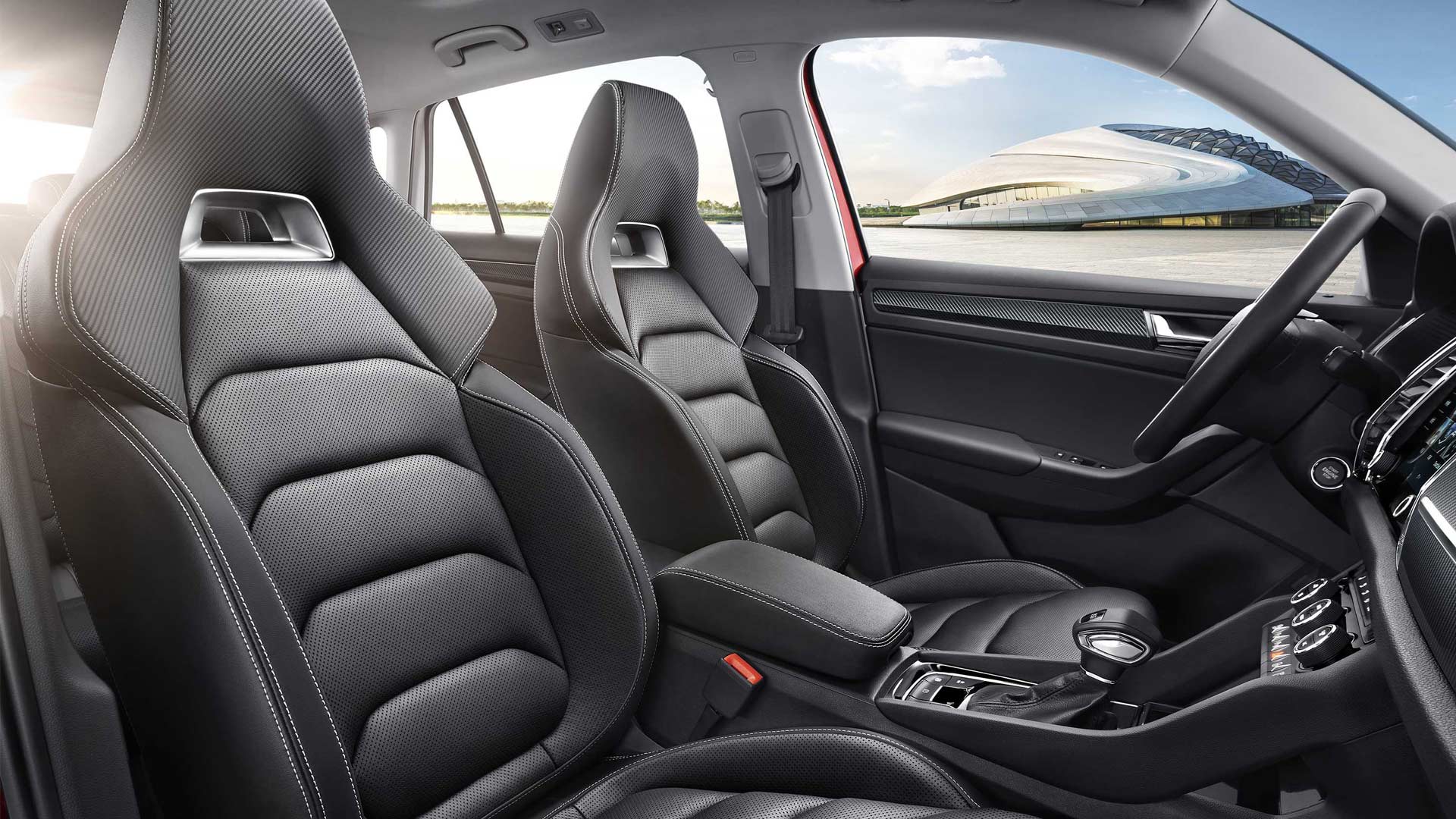 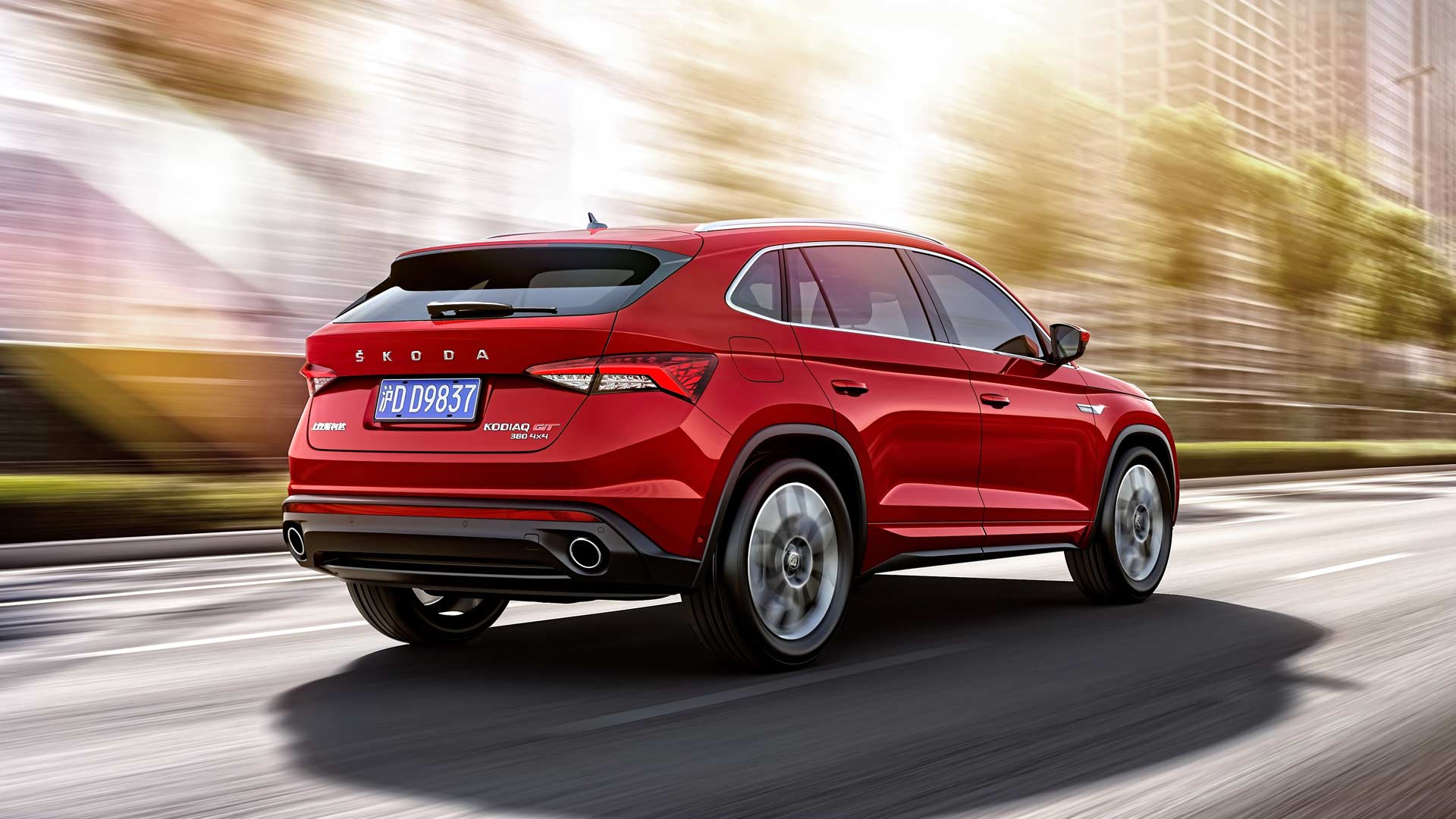