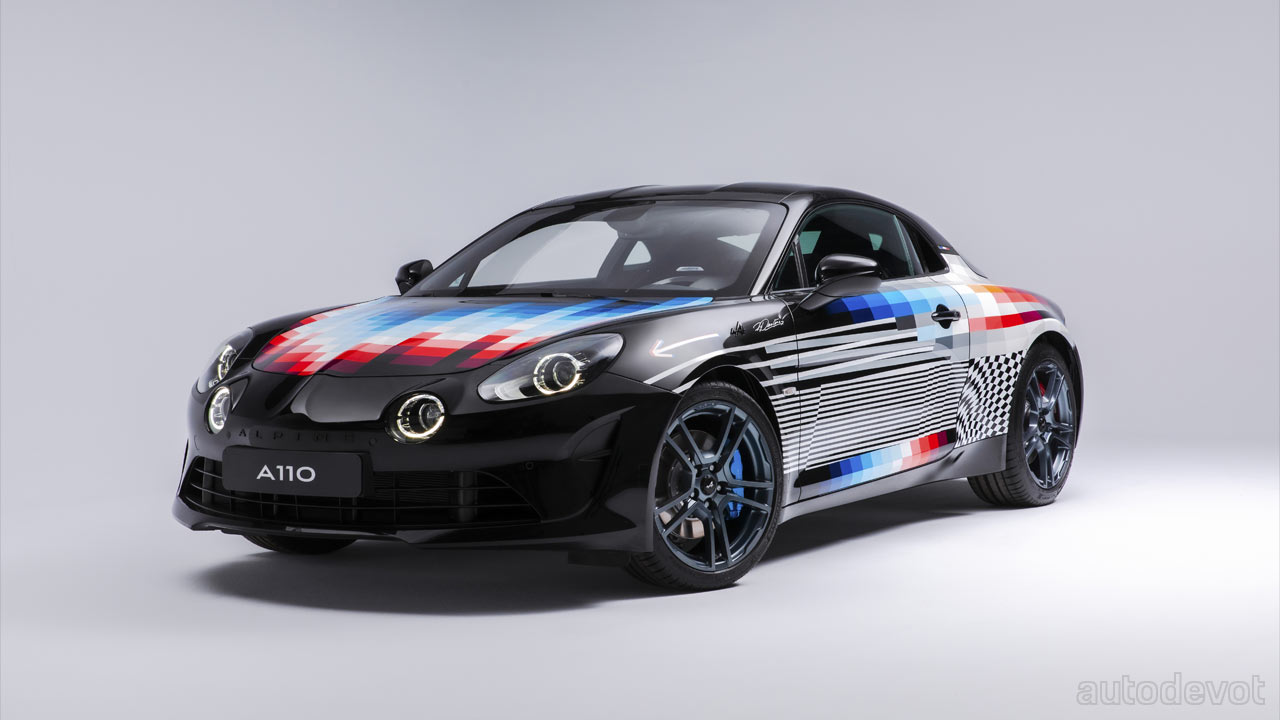 Alpine and Argentinian artist Felipe Pantone have collaborated for the second time; this time it is to create a special hand-painted livery for the A110. Interestingly, Alpine and Felipe are producing four of these and three of ’em are being offered for sale, priced at €125,000 each (including tax). 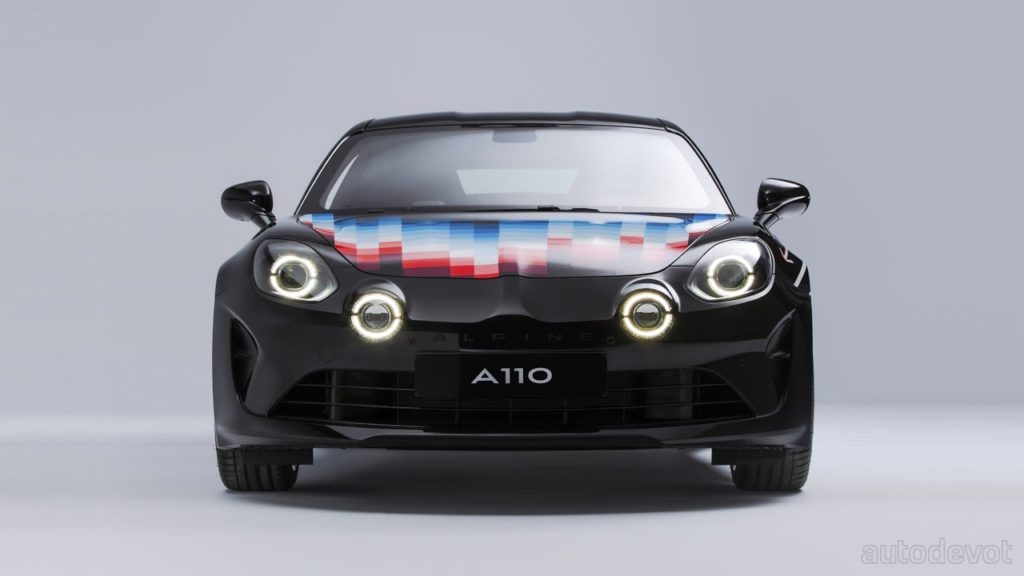 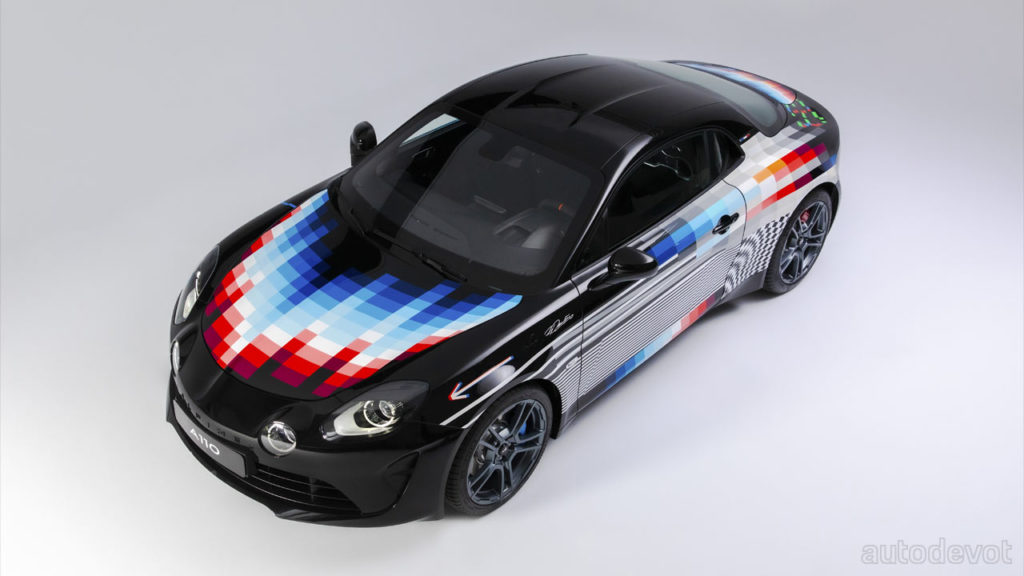 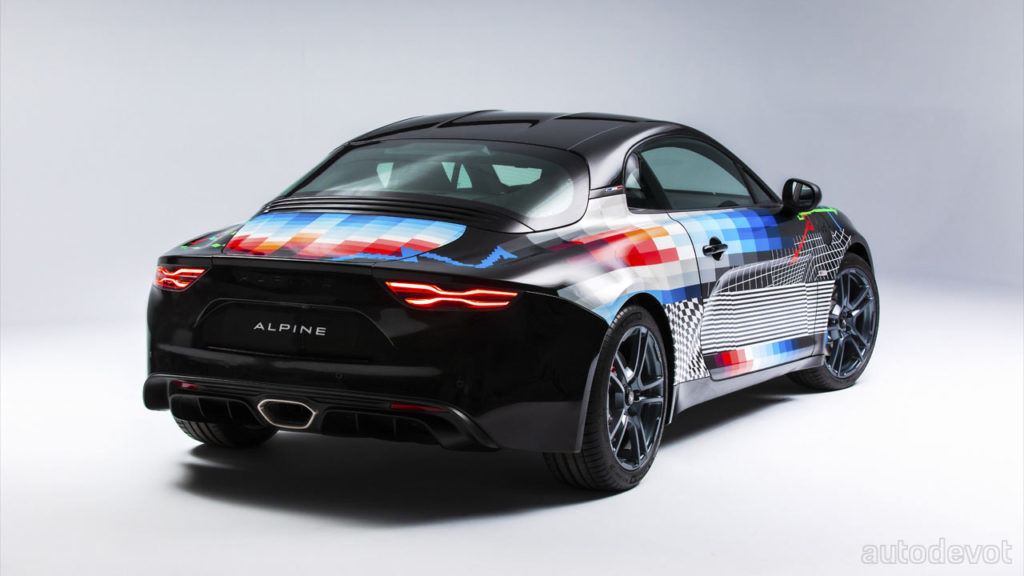 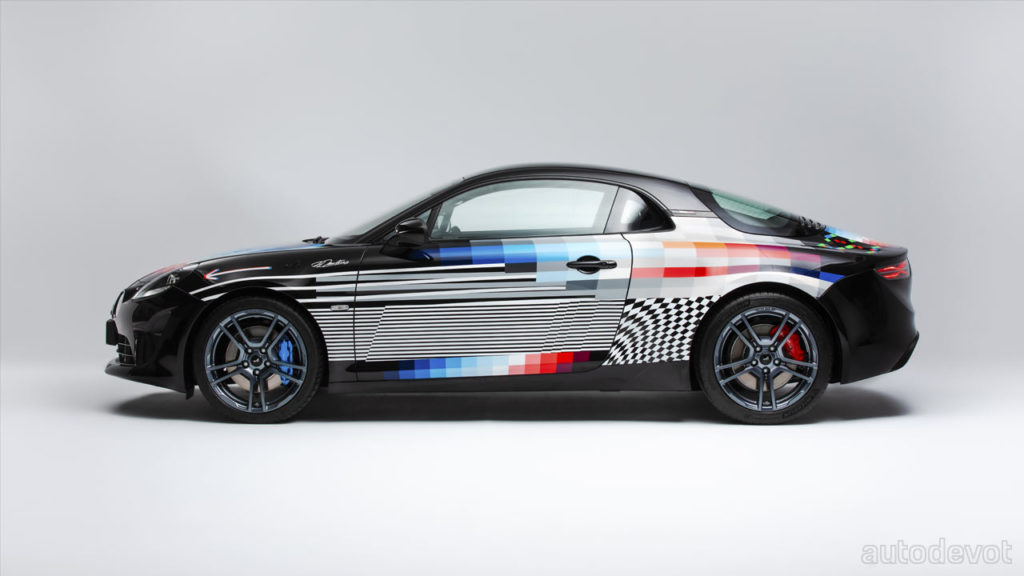 The artwork is pretty similar to what Felipe did on the 1:2 scale model of Alpine’s F1 car, but here, the idea is to give an impression of speed even when the car is standing still. Understandably, the artwork took several weeks to finish. 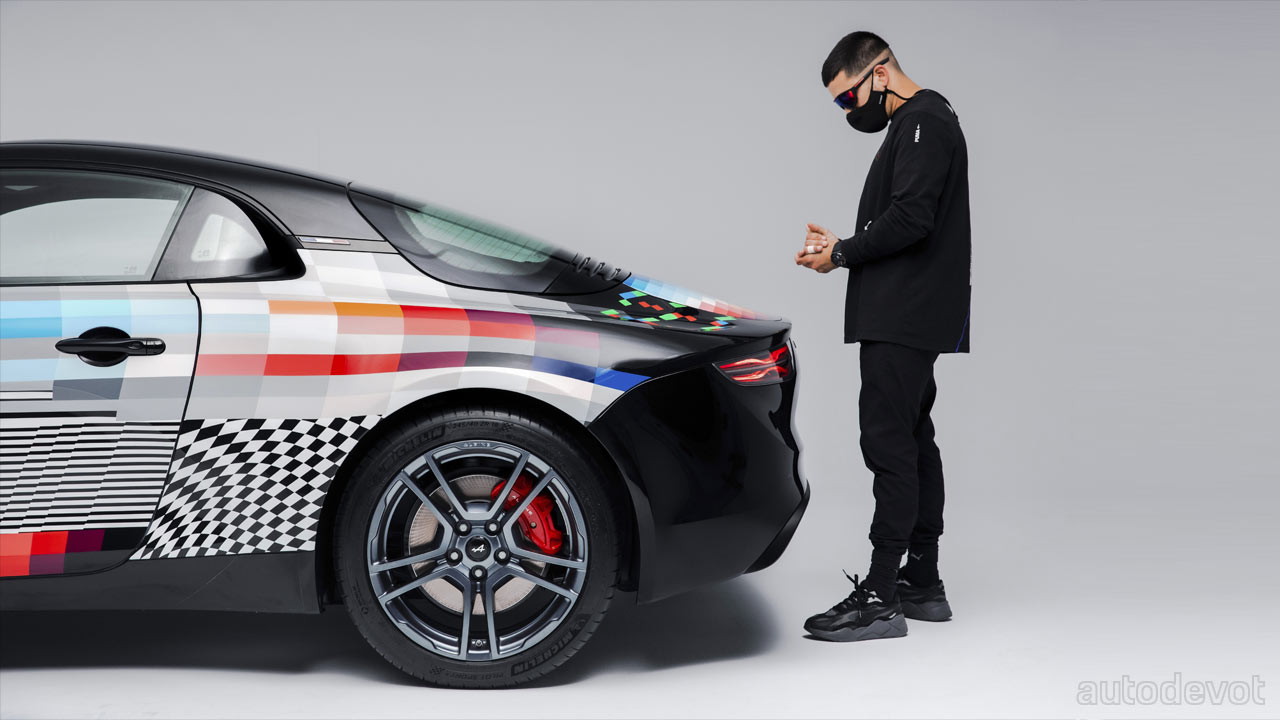 My idea was to evoke a sense of ‘ultradynamism’. Visual speed is something that I have been investigating for years now and that I feel it really comes together on this car, emphasizing its brilliant design with a fast, technological look. – Felipe Pantone 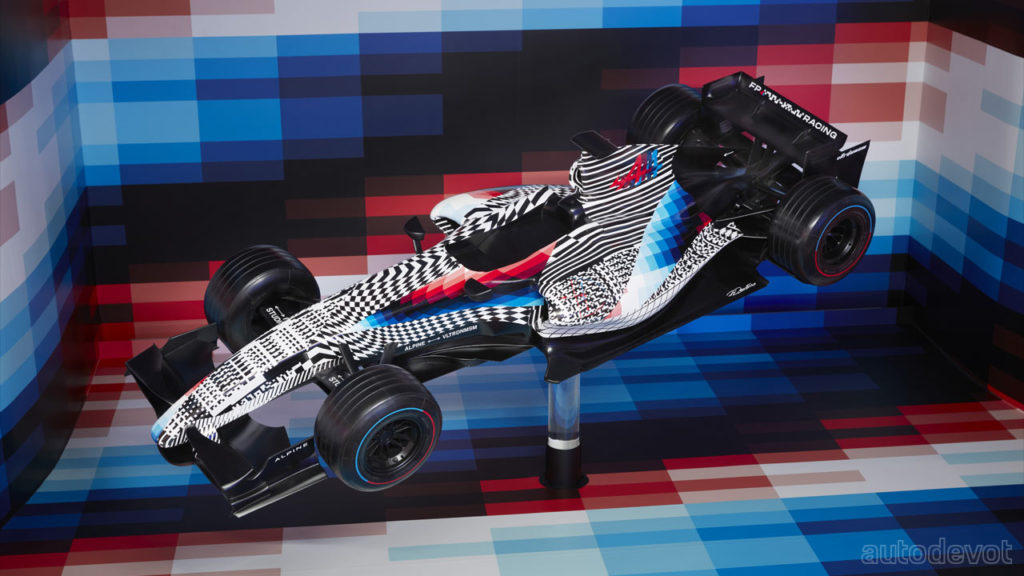 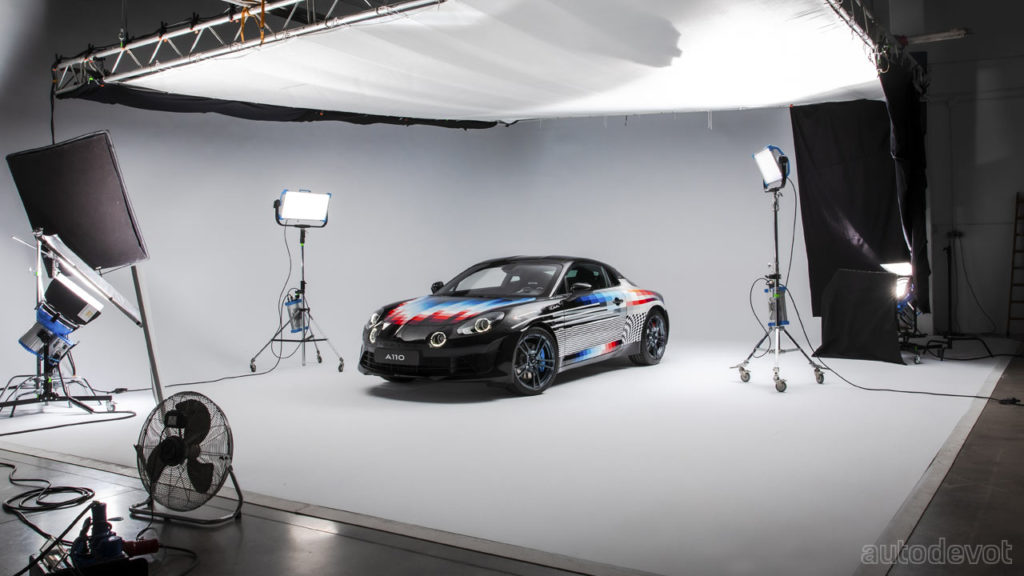 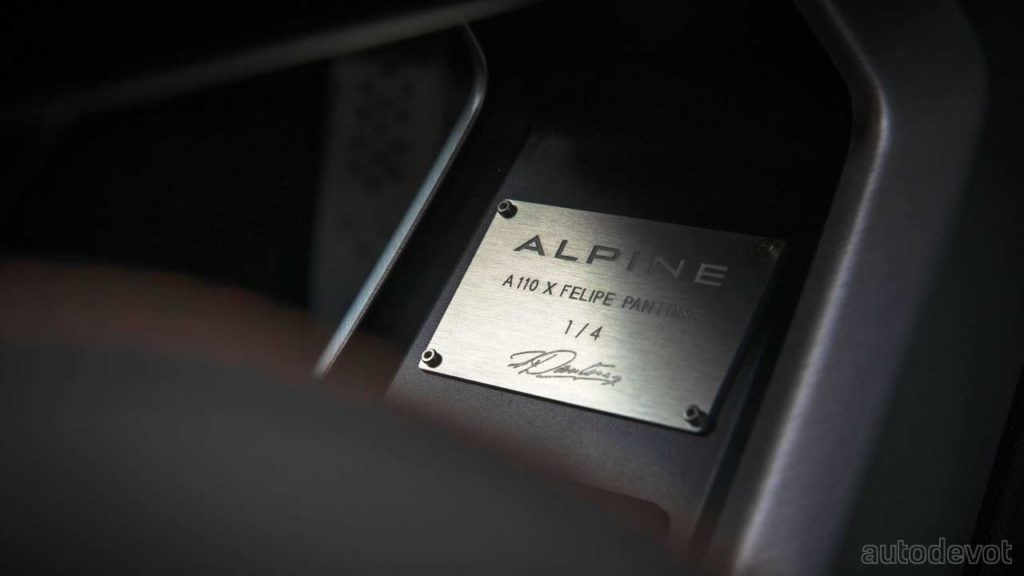 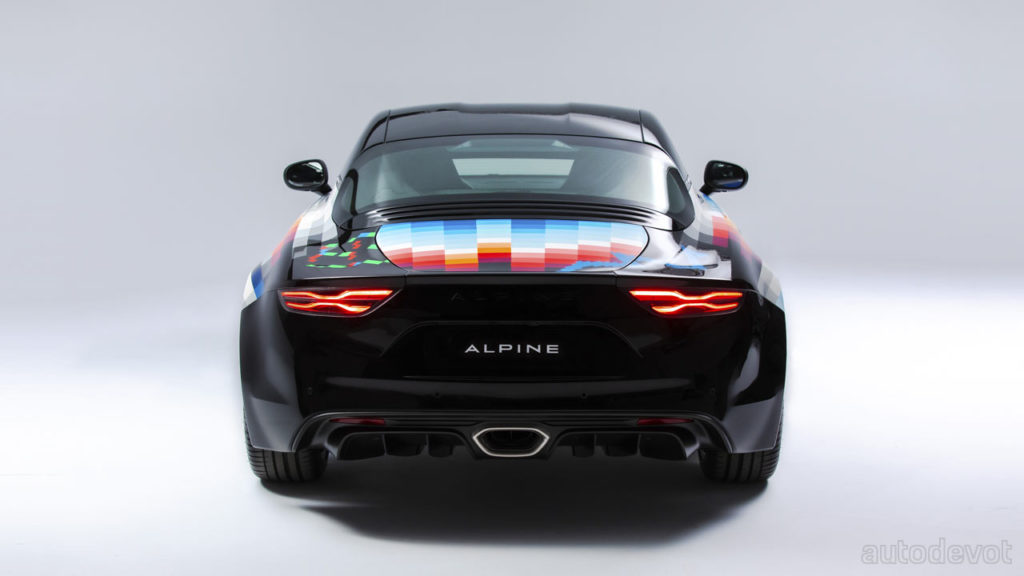 The A110 x Felipe Pantone is based on an A110S — the most potent version in the A110 lineup with 292 hp. Alpine said that the three cars available for sale are approved for road use.