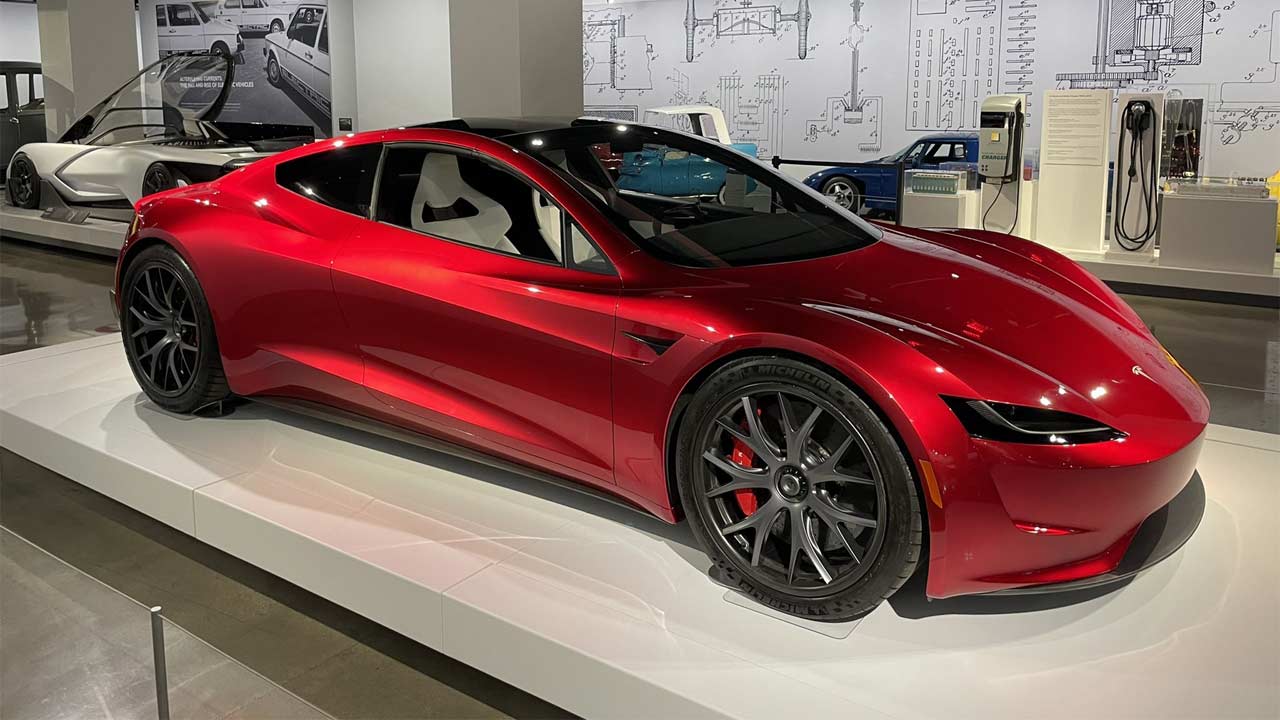 Confirmed by the rocket man himself.

Tesla is yet to ship the Roadster 2.0, but the company has made another impressive claim which was confirmed by none other than the boss Elon himself via Twitter. The Roadster 2.0 which originally claimed a 0-60 mph (96.5 km/h) sprint time of 1.9 seconds, now claims 1.1 seconds (yes, you read that right), thanks to an optional SpaceX package. 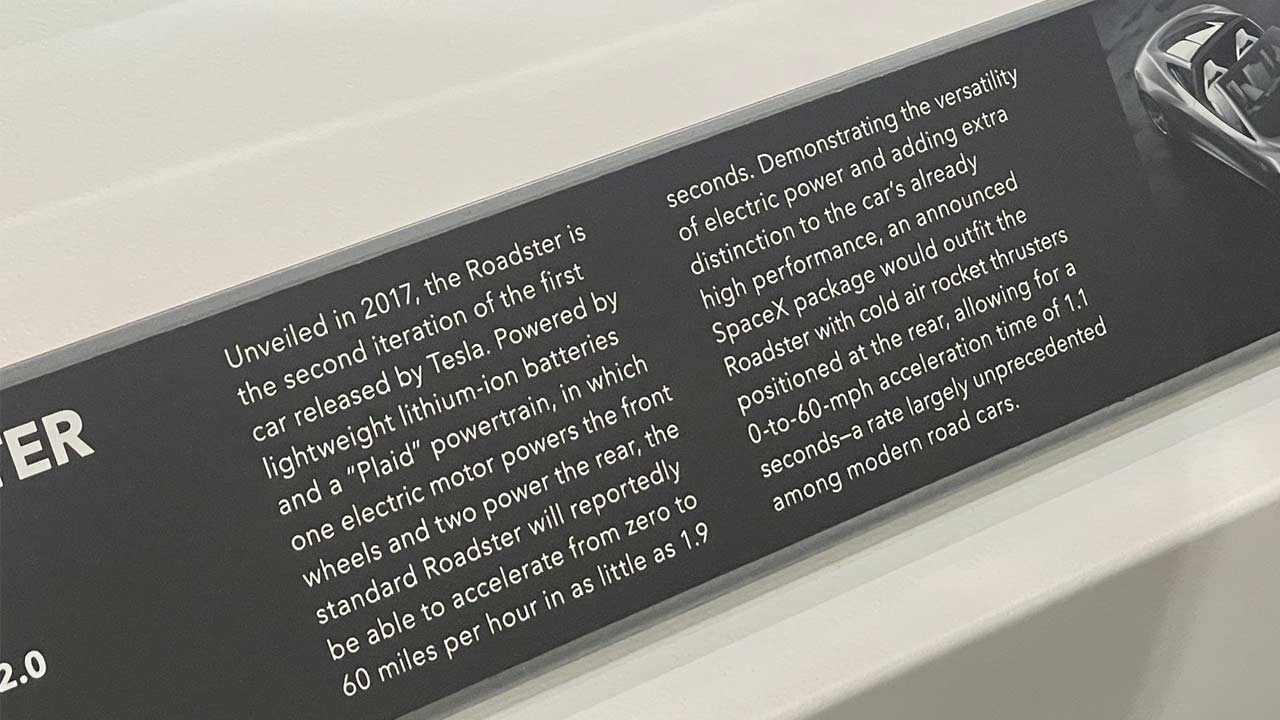 The Roadster 2.0 (prototype) is on display at the Petersen Automotive Museum (until June 2, 2021) in LA, and a plaque mentions that the said package “would outfit the Roadster with cold air rocket thrusters positioned at the rear,” which enables a 0-60 mph sprint time of 1.1 seconds. The plaque also mentions that the Roadster would be powered by a “Plaid” powertrain, in which one electric motor powers the front wheels and two power the rear. 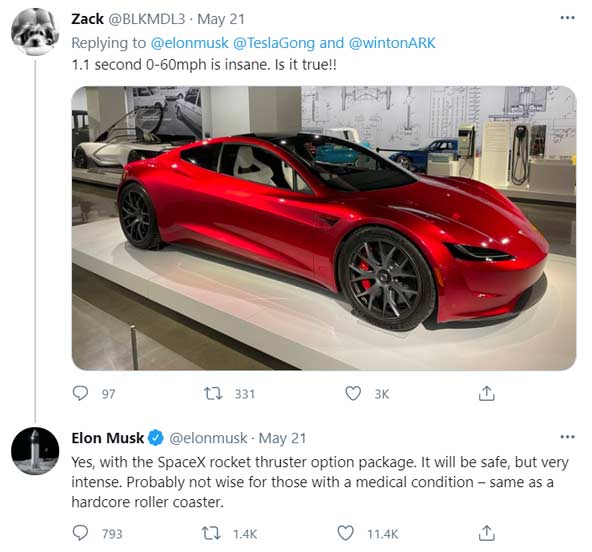 Responding to a Tweet, Elon said that “it’ll be safe, but very intense”. “Probably not wise for those with a medical condition,” he added. Those claims may seem unbelievable and downright ridiculous, but hey, Elon is, after all, a rocket man. Anyway, the Roadster 2.0 production is expected to begin next year.