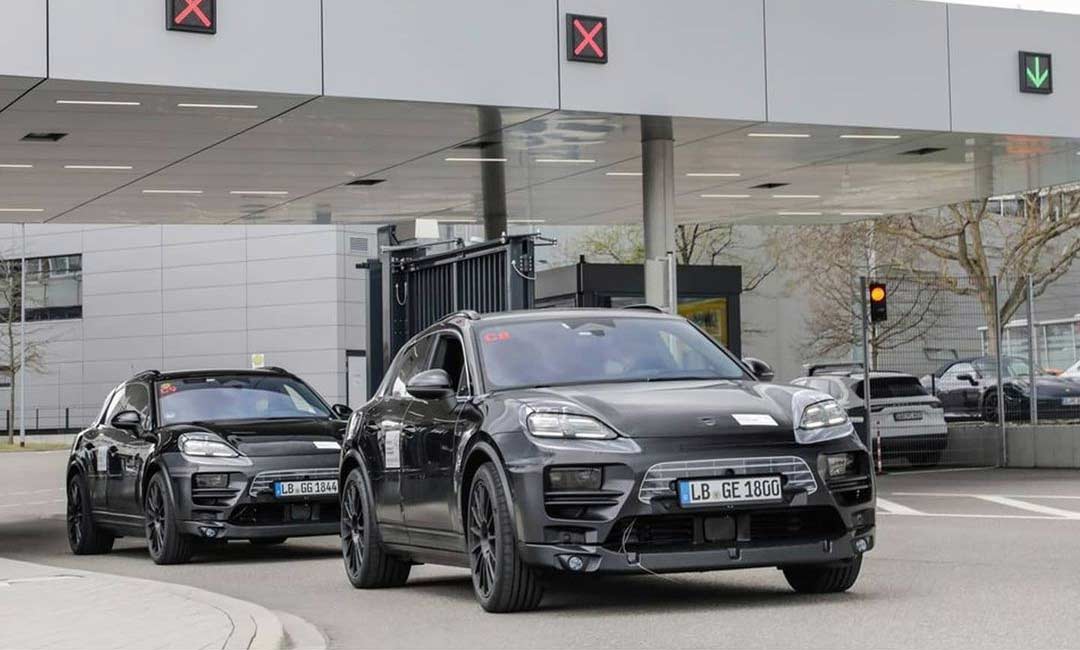 Porsche is continuing the development of an all-electric Macan, which as you might be aware, is being built on a new architecture named PPE (Premium Platform Electric) — developed in collaboration with Audi. In fact, the Macan EV will be the first PPE-based Porsche model. Interestingly, Porsche is also planning to offer a new gasoline-powered version alongside the Macan EV. 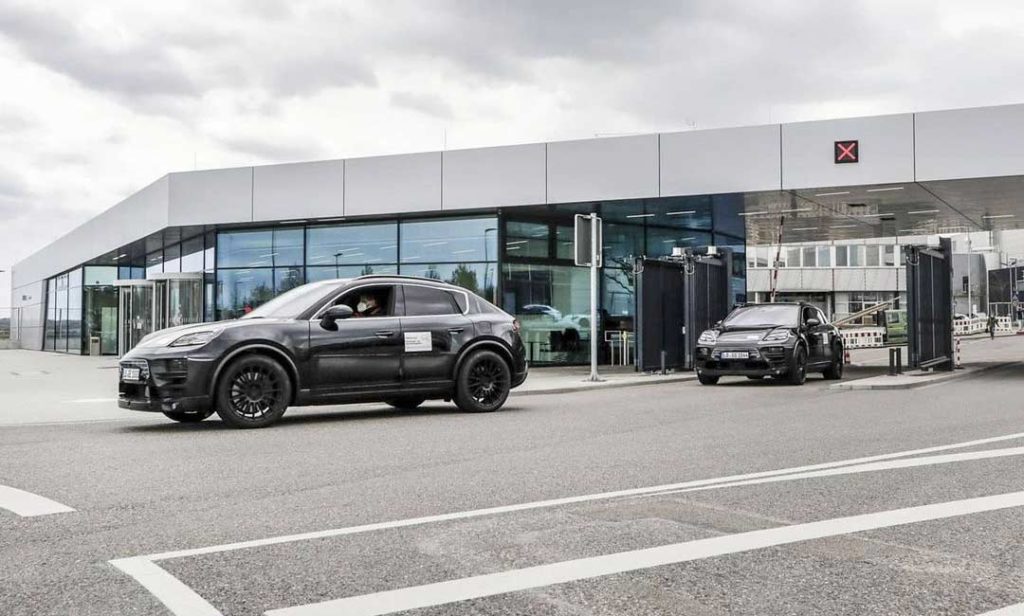 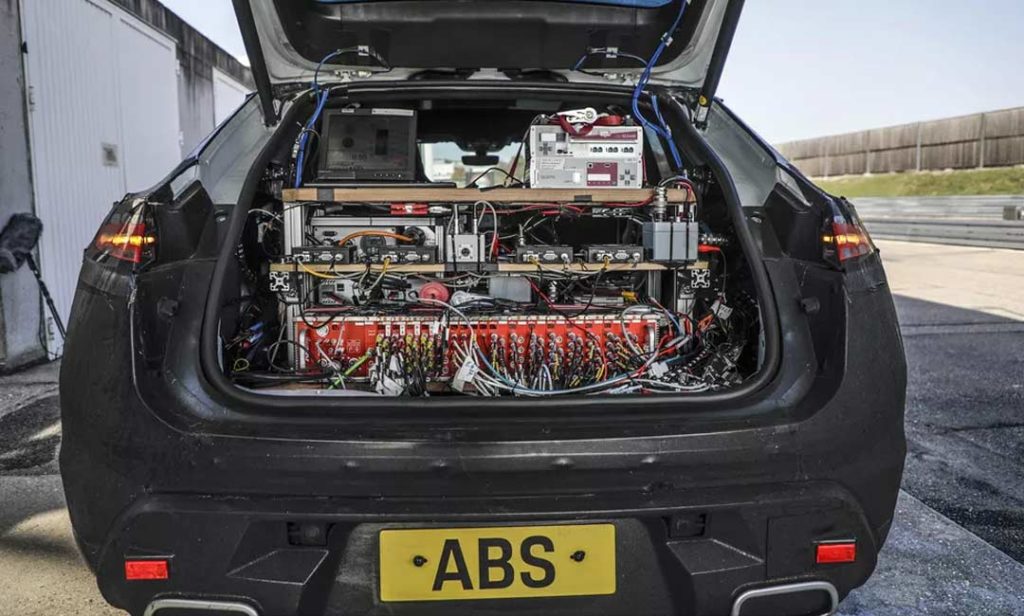 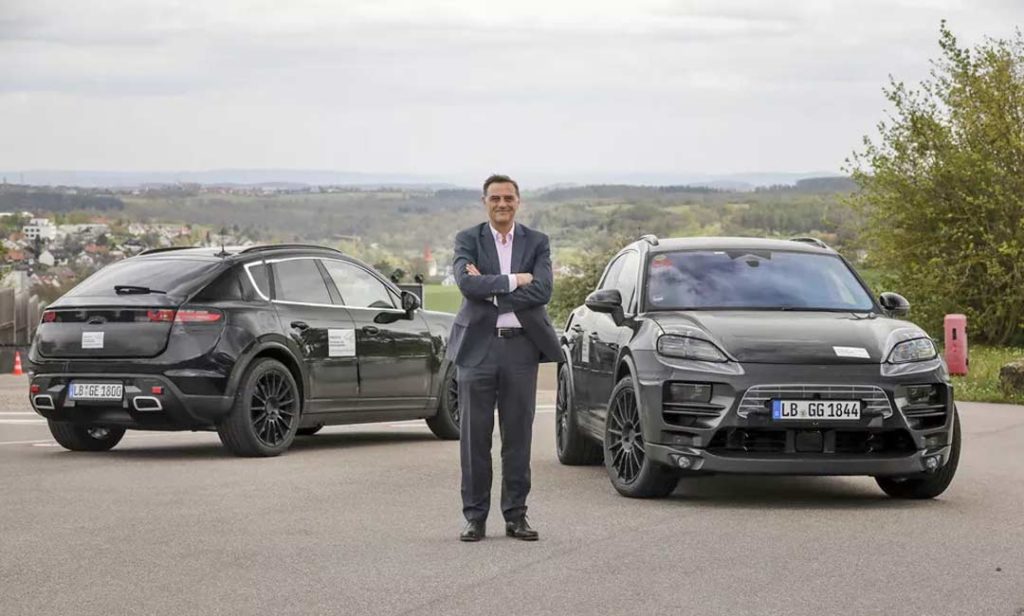 After initial testing on the proving grounds of the Porsche Development Centre in Weissach, a couple of prototypes headed out for the first time. Don’t worry about the way it looks or those fake exhausts just yet, because as mentioned, these are prototypes making an obvious bad attempt to disguise themselves as something else. For those who’re wondering about the person posing in front of them, he is Michael Steiner — Member of the Executive Board for Research and Development.

“Like the Taycan, the all-electric Macan, with its 800-volt architecture, will offer typical Porsche E-Performance,” promises Steiner. 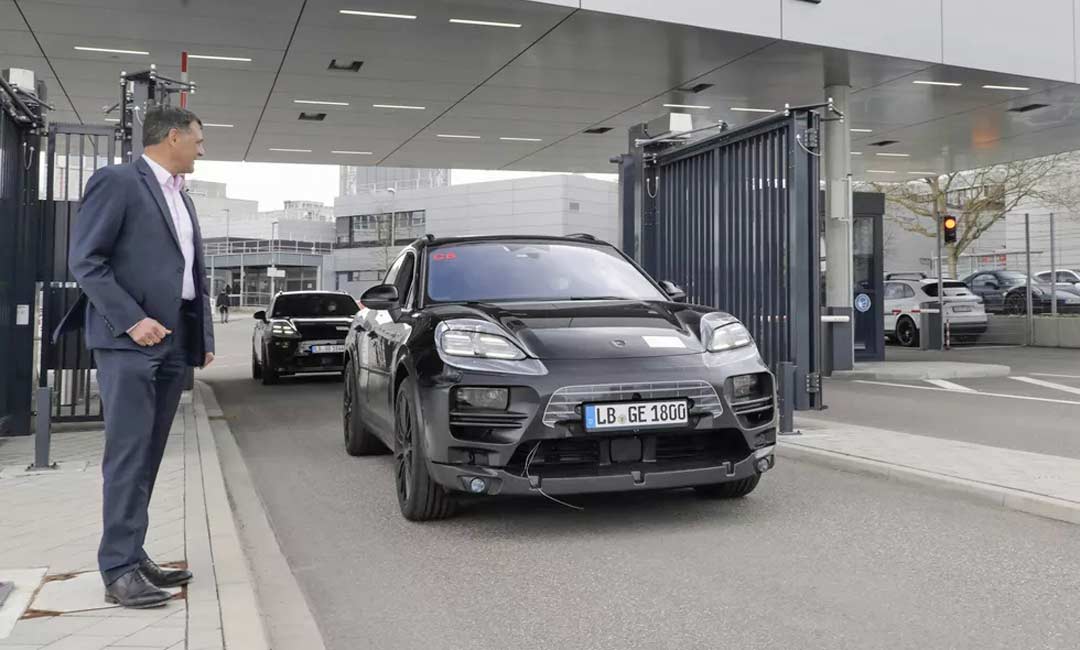 Obviously, it’s too early to obtain any technical information, but you can expect single motor rear-wheel-drive and dual-motor all-wheel-drive options — similar in the lines of Taycan. Steiner suggested that the Macan EV might offer significantly more range than the Taycan. The production version is expected to make its debut in late 2022 and go on sale in early 2023.

New ICE-powered variant
A gasoline-powered successor to the current Macan will debut later this year. Steiner had the following to say –

In Europe, demand for electric vehicles continues to rise, but the pace of change varies considerably across the world. That’s why we’re going to launch another conventionally powered successor to the current Macan in the course of 2021.