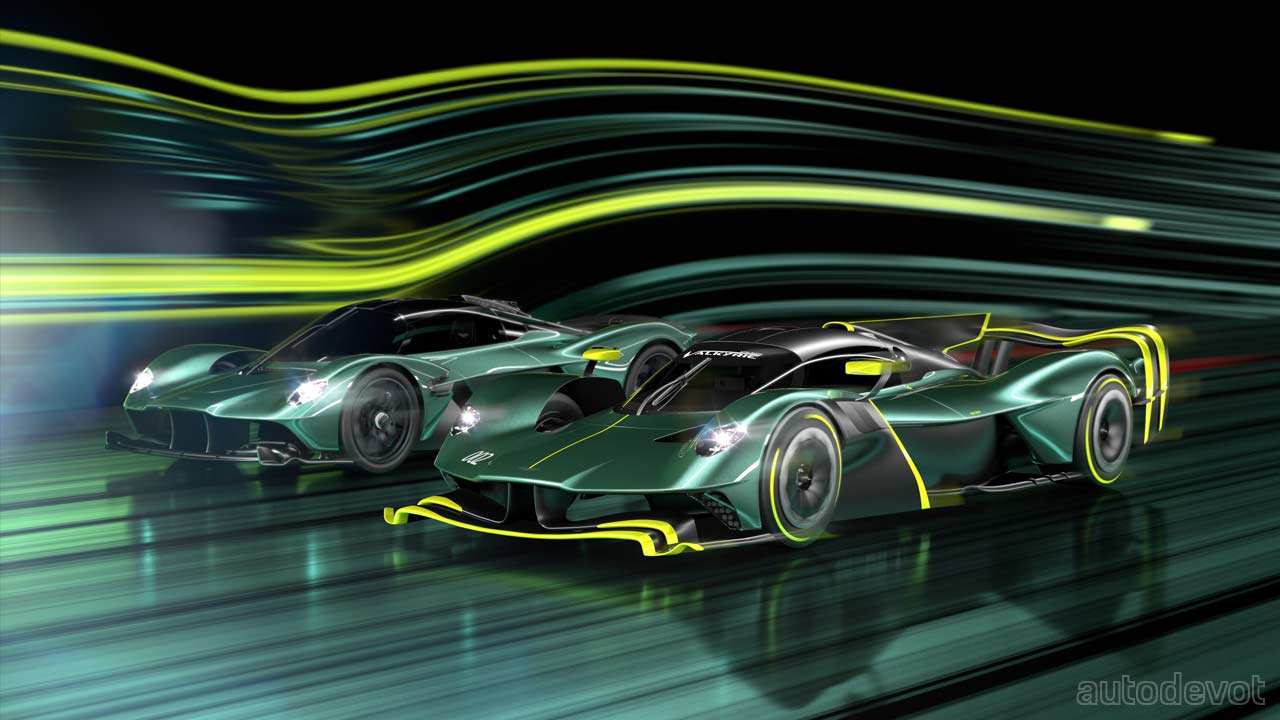 Deliveries of the “Ultimate No Rules Hypercar” scheduled to begin in Q4 2021.

Aston Martin has revealed what appears to be a final (production) version of the Valkyrie AMR Pro — a track-only version of the Valkyrie road car. There are some significant modifications to the bodywork compared to the initial renderings that were revealed in 2018. Also, Aston Martin is building 40 customer units (plus two prototypes), which is 15 more compared to the originally planned 25 units. 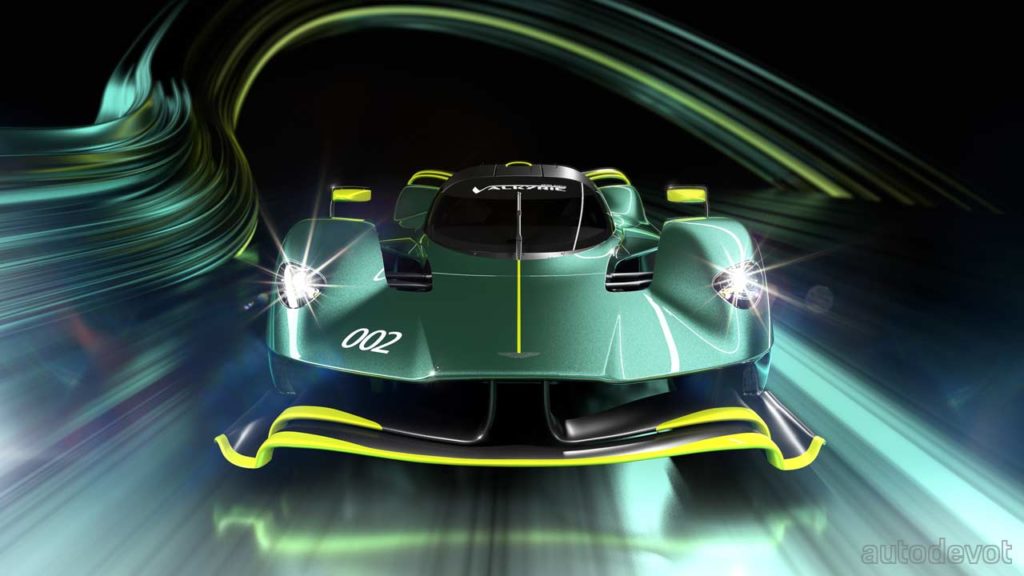 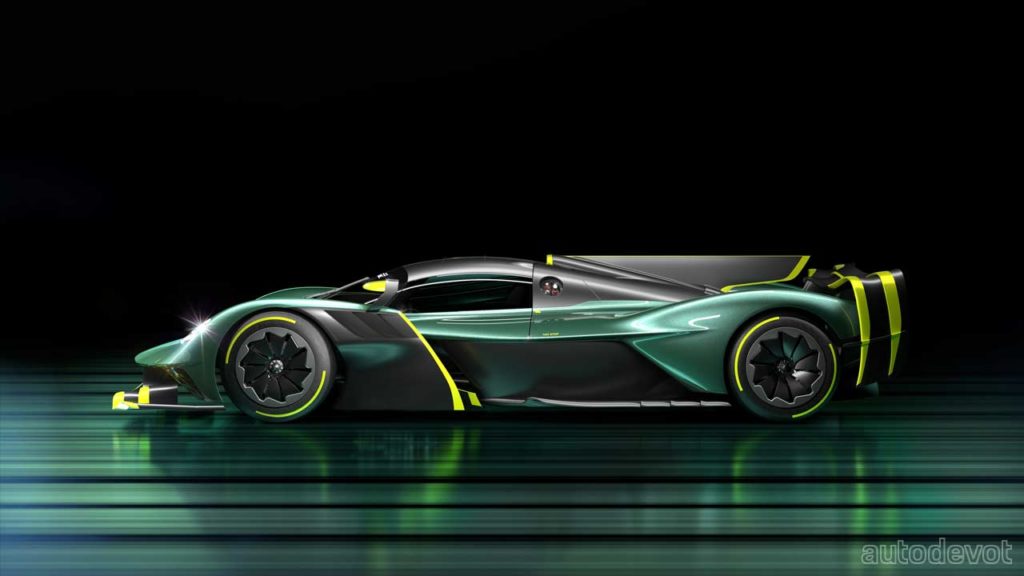 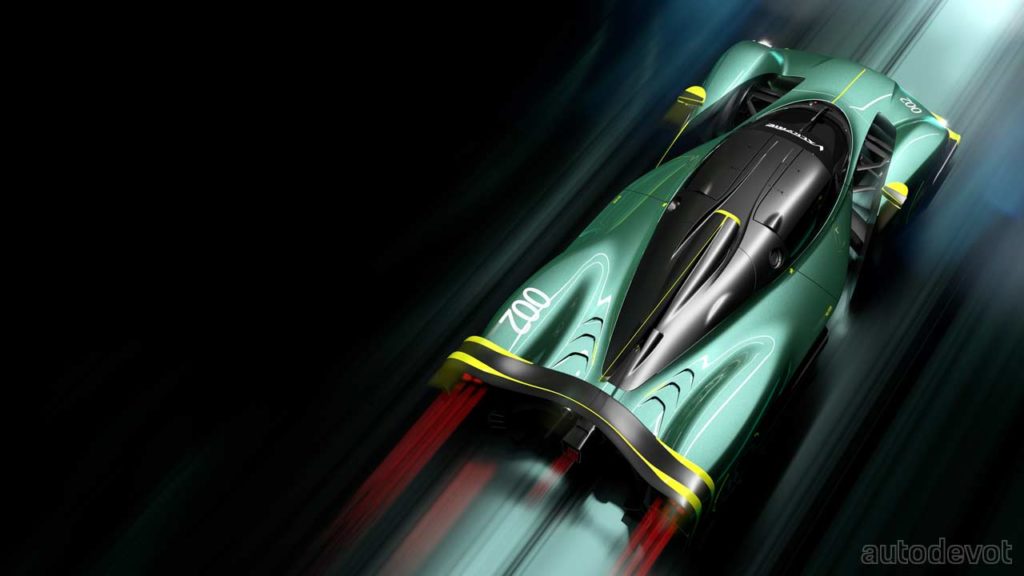 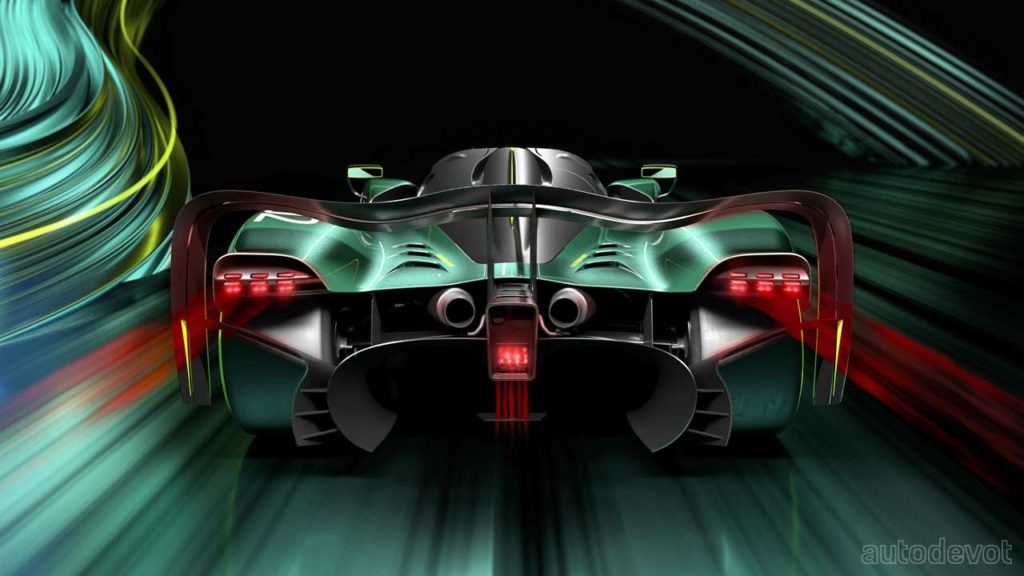 The Valkyrie AMR Pro takes the already extreme road car and dials it up to the max and then some. Compared to the road car, the AMR Pro has a 380 mm longer wheelbase and its front & rear tracks are wider by 96 mm and 115 mm, respectively. An aggressive aerodynamic package makes the hypercar 266 mm longer. With twice the amount of downforce than the Valkyrie road car, the Valkyrie AMR Pro will achieve lateral acceleration of more than 3G, Aston Martin said. Interestingly, the track version uses the traditional rearview mirrors as opposed to cameras in the road car, most likely to offer a “close enough” F1 experience. 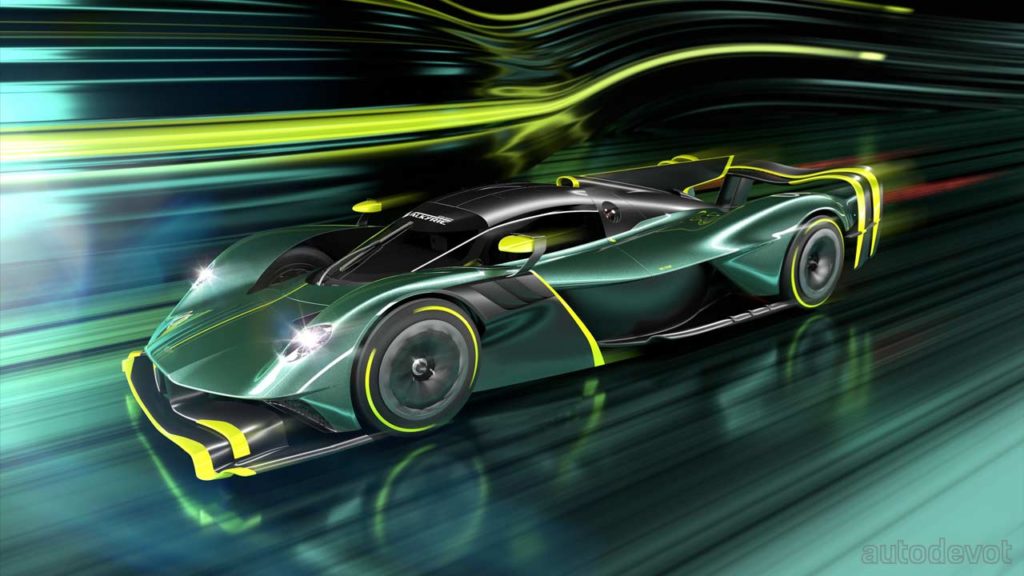 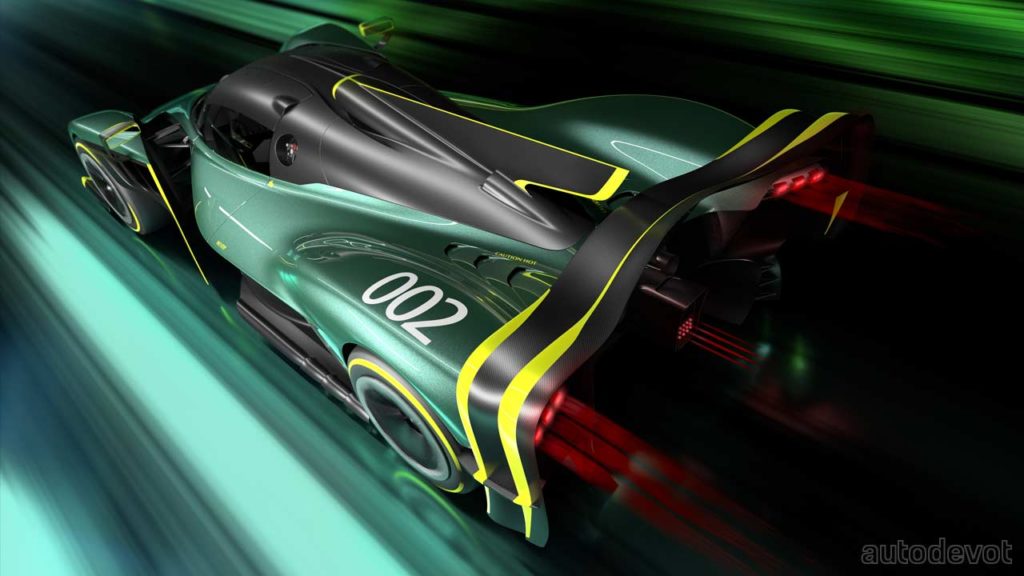 The Rimac-sourced KERS hybrid system has been let go in order to save weight. Other weight-saving measures include carbon suspension wishbones and Perspex windscreen and side windows. A tweaked version of the Cosworth-built 6.5-litre naturally aspirated V12 engine still revs up to 11,000 rpm, and is estimated to develop 1,000 bhp (746 kW).

More details on the Valkyrie AMR Pro’s specification and performance will be released later this year, but Aston Martin is targeting a lap time of 3 minutes and 20 seconds around the 13.6 km (8.5 mi) 24H Le Mans circuit.