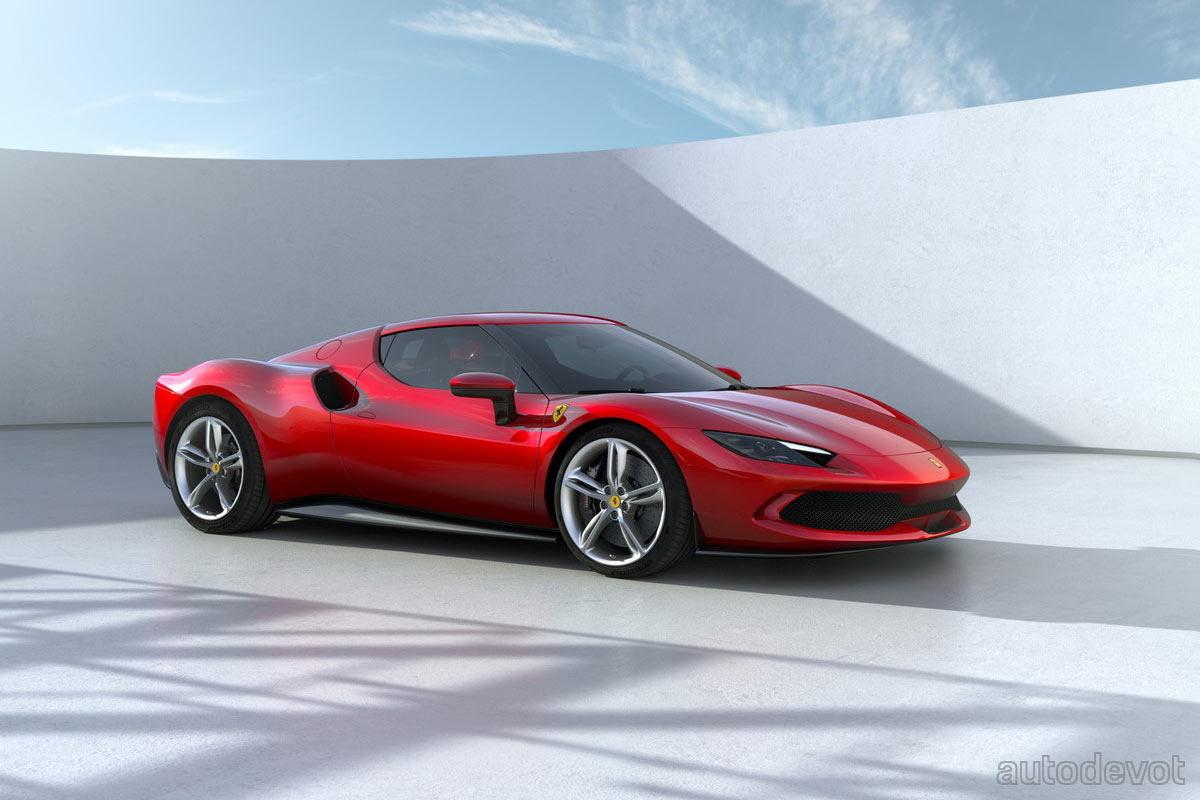 The last time a Ferrari road car had a six-cylinder engine was about 47 years ago! Indeed, that was a long time ago and most of us were just sperms floating around in our father’s balls at the time. But the good news is that the Dino 246 GT’s spiritual successor is here with a brand new V6. However, it’s not just the V6 that powers the car. 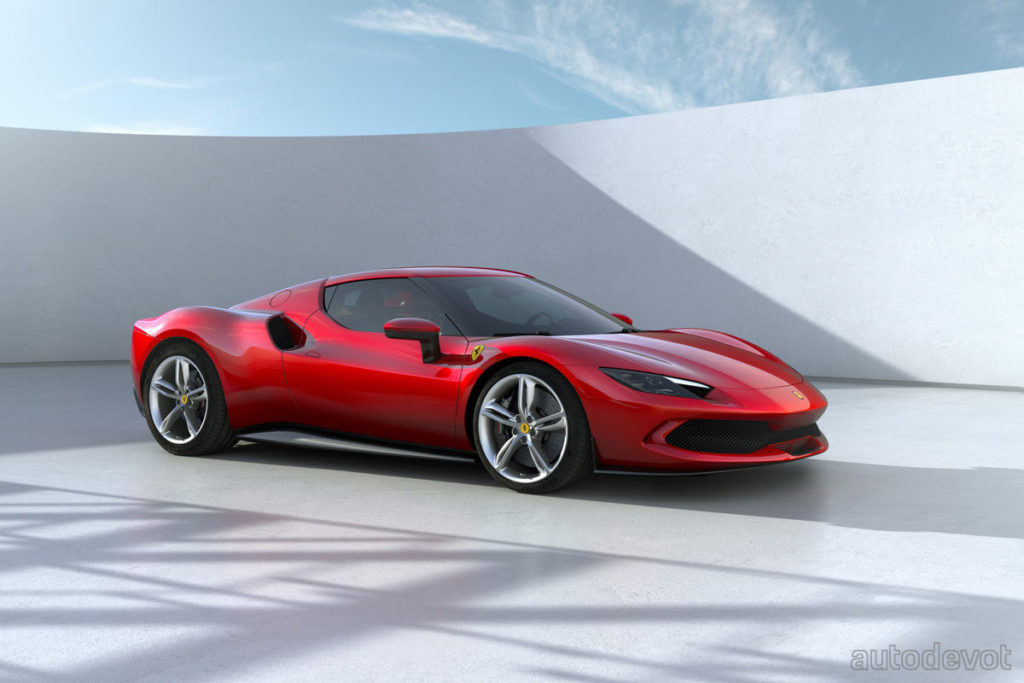 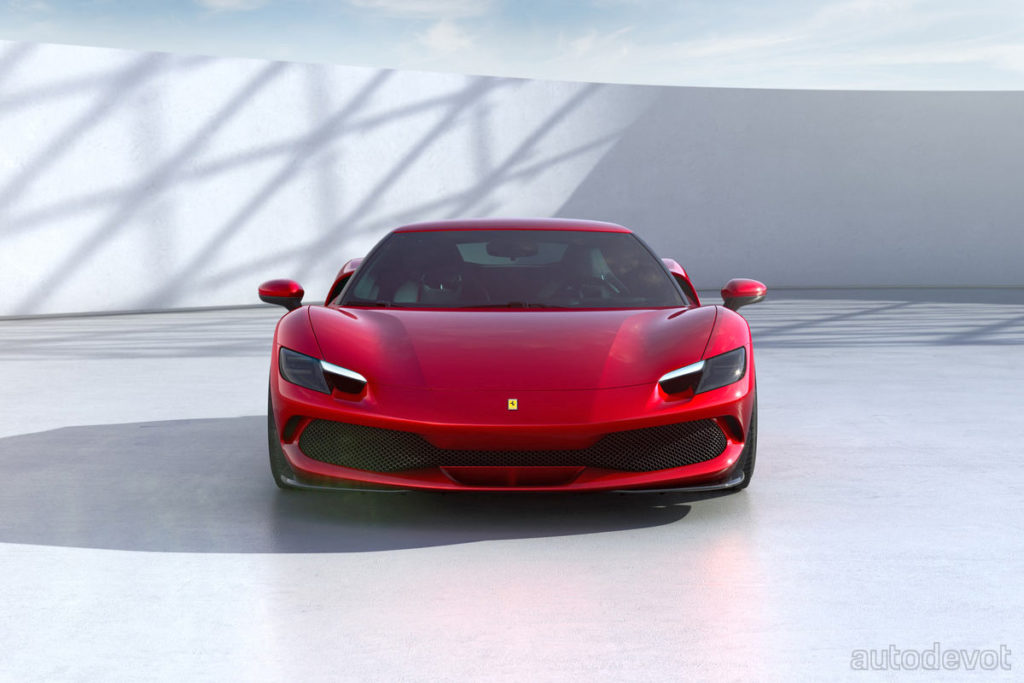 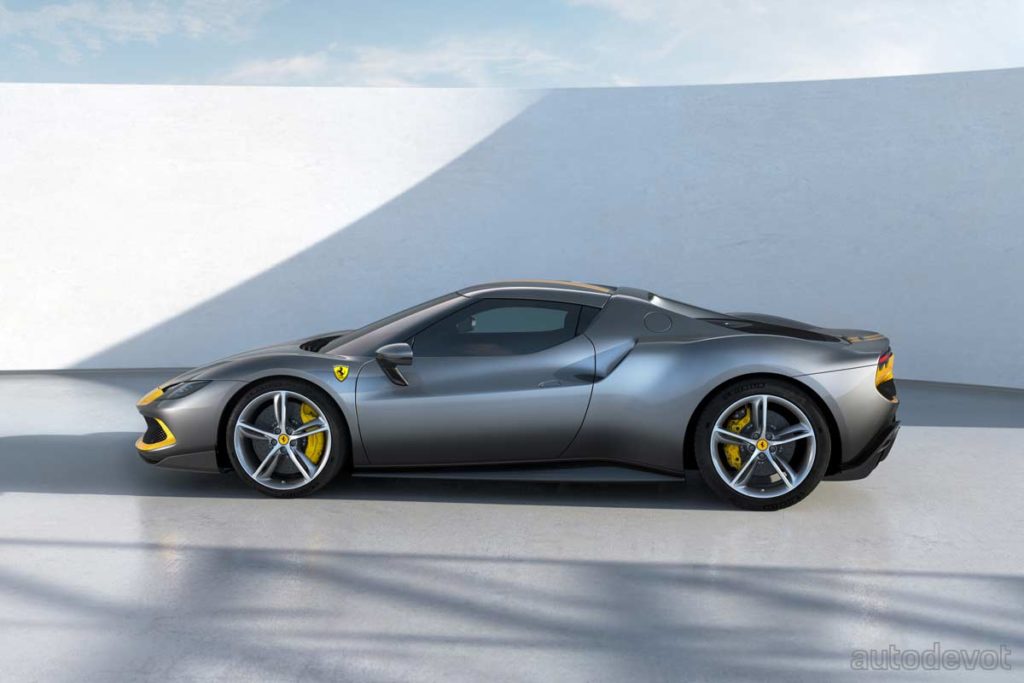 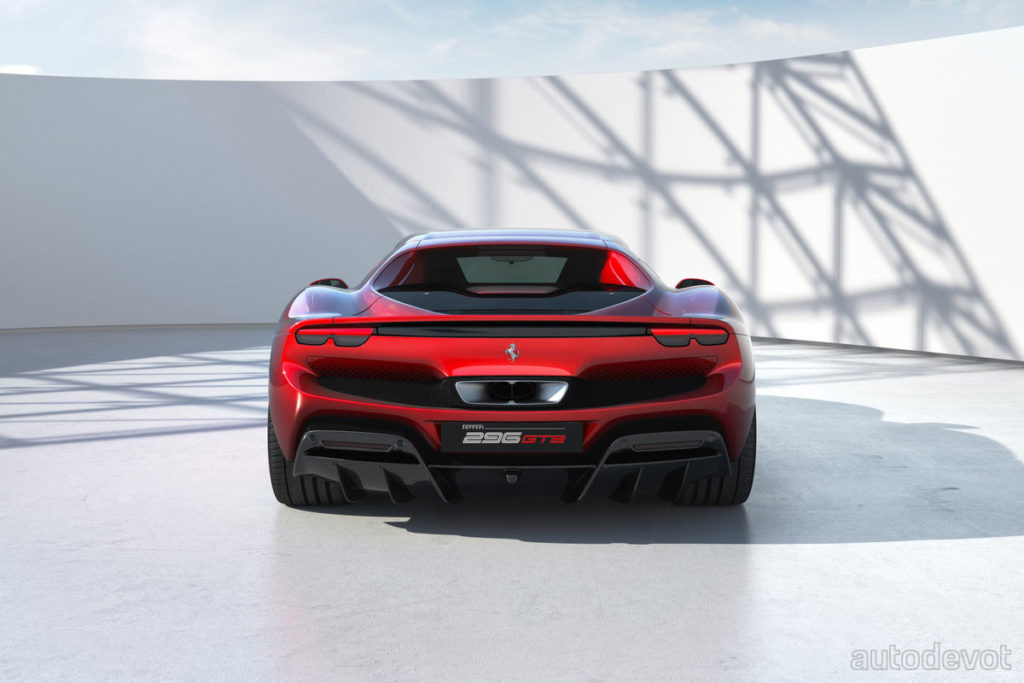 Will talk about its powertrain in a minute, but let’s start with the name itself. Just like the 246 which suggested the engine capacity and cylinders, the 296 stands for 2.9-litre and 6-cylinders. The GTB is of course, Gran Turismo Berlinetta. As for the styling, you do see a mix of SF90 Stradale — the brand’s first PHEV, the one-off P80/C, and even the J50. The standard 20-inch rims of the 296 GTB have plastic spokes, but there are a couple more options including five-spoke forged rims and carbon fibre rims; the latter is 8 kg (18 lbs) lighter over the former. The brakes measure 398 mm at the front and 360 mm at the rear. 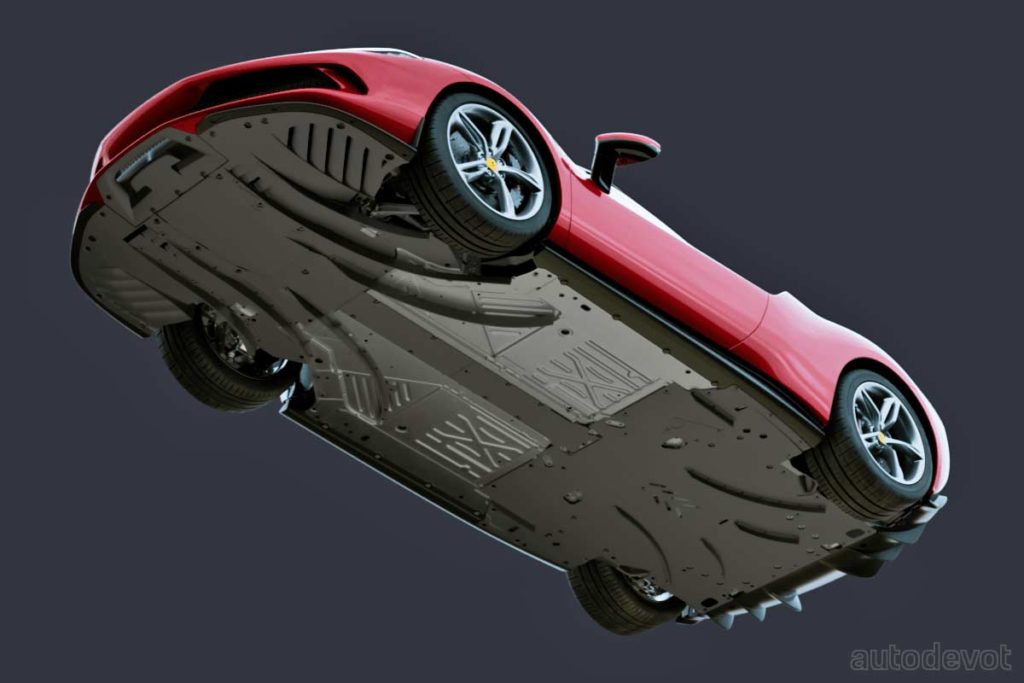 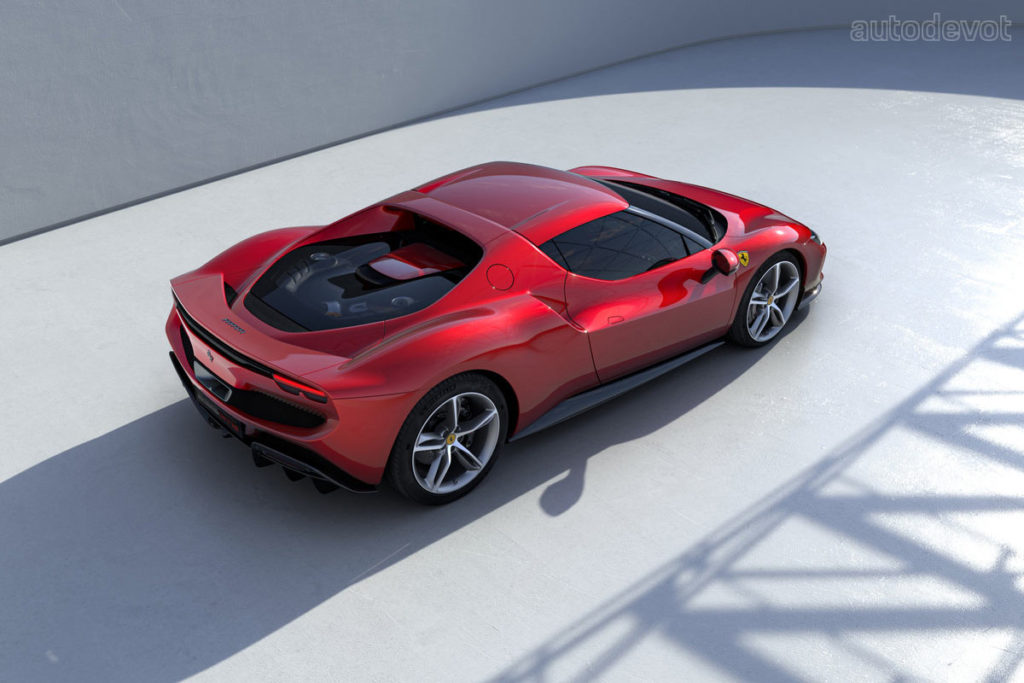 There are no underbody active elements, but instead, there are these curved vanes or blades or whatever you wanna call them, to manage the airflow underneath the car. The air enters via the bumper and through that opening at the front. There is, however, an active black blade that rises up from the rear bumper, just behind the integrated spoiler. Here’s a short clip of how it works —

This active spoiler according to Ferrari, was inspired by LaFerrari, and generates a rear downforce of 360 kg (794 lbs) at 250 km/h (155 mph) in high-downforce mode with the Assetto Fiorano package. 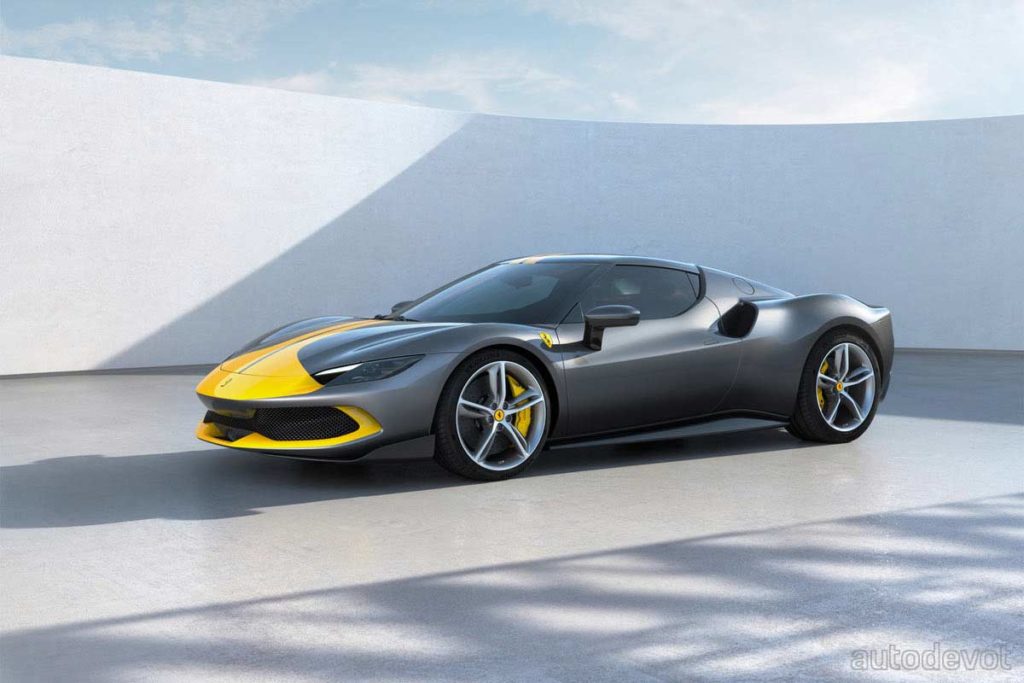 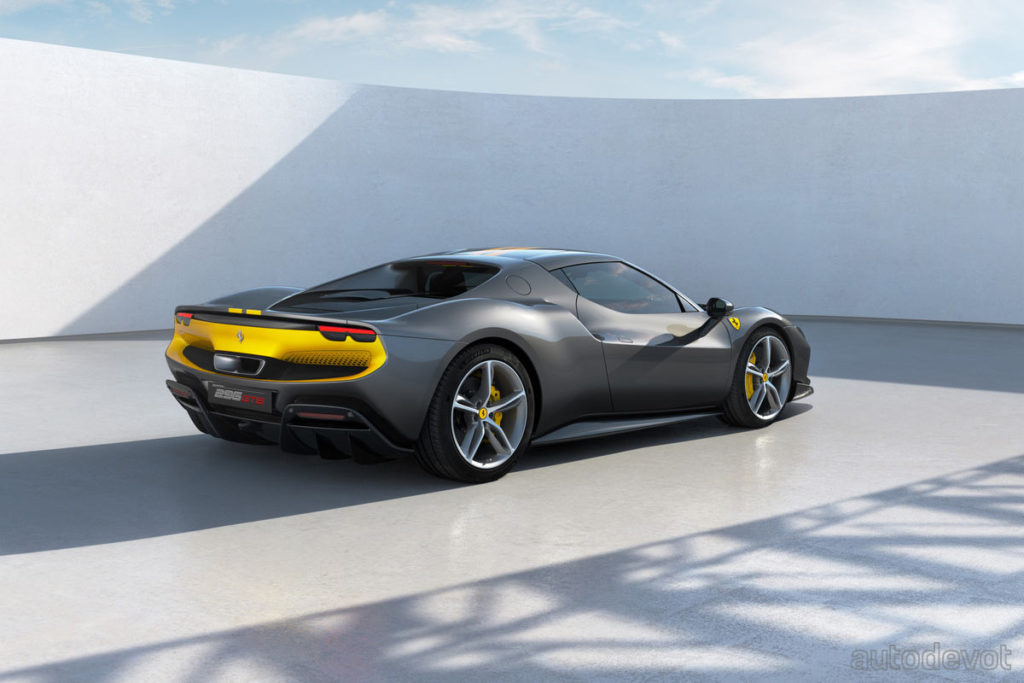 Speaking of the package, it is essentially a track package that includes Multimatic dampers from GT racing, extensive usage of lightweight materials including carbon fibre both on the exterior and interior of the car, redesign of some of the components including the door panel, for a total weight saving of over 12 kg (26 lbs), Michelin Sport Cup 2 R tyres, optional Lexan rear window (which brings the total weight reduction to over 15 kg), and of course, 250 Le Mans-inspired special livery. 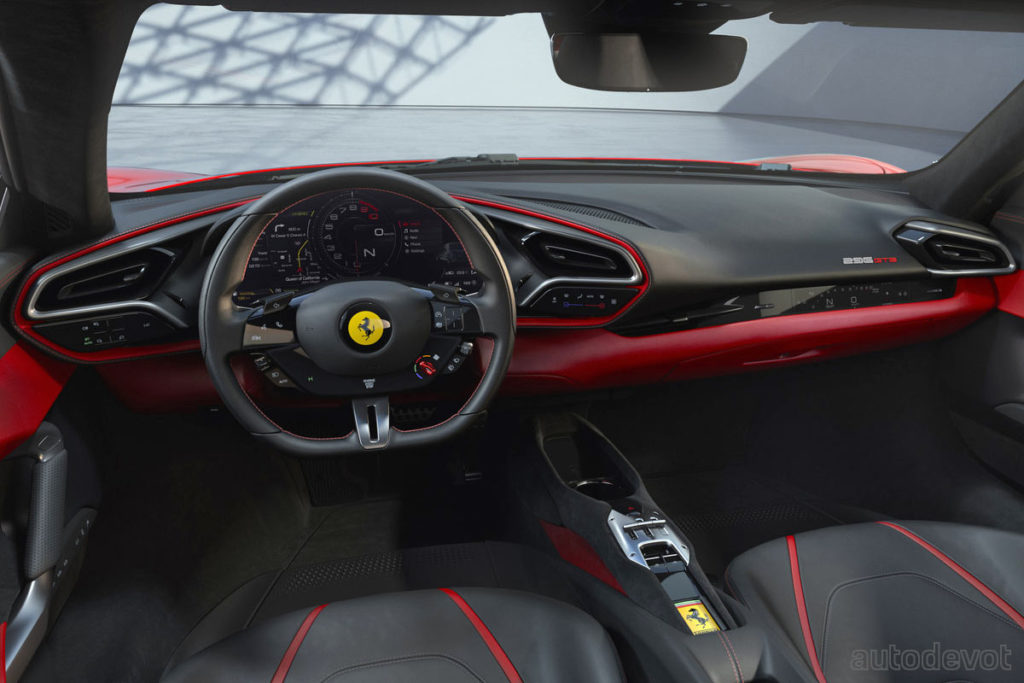 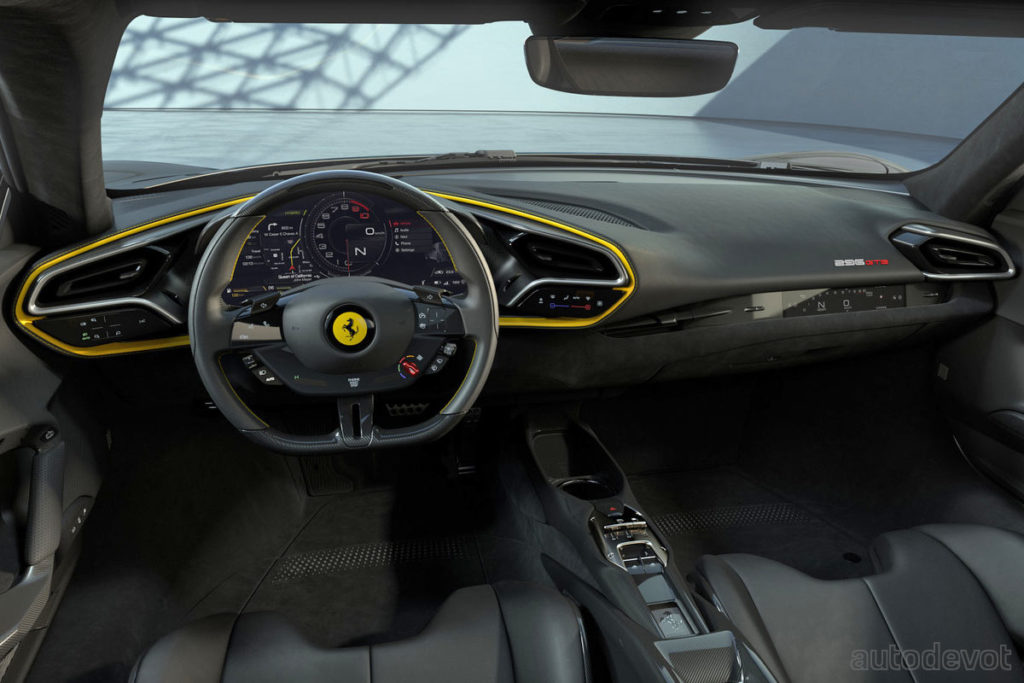 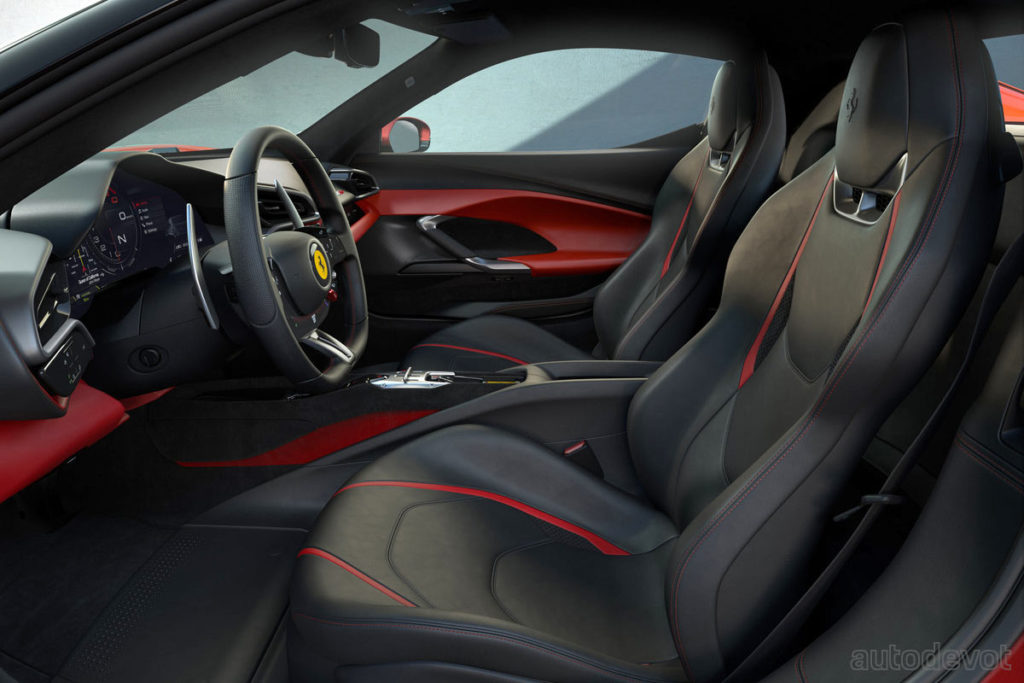 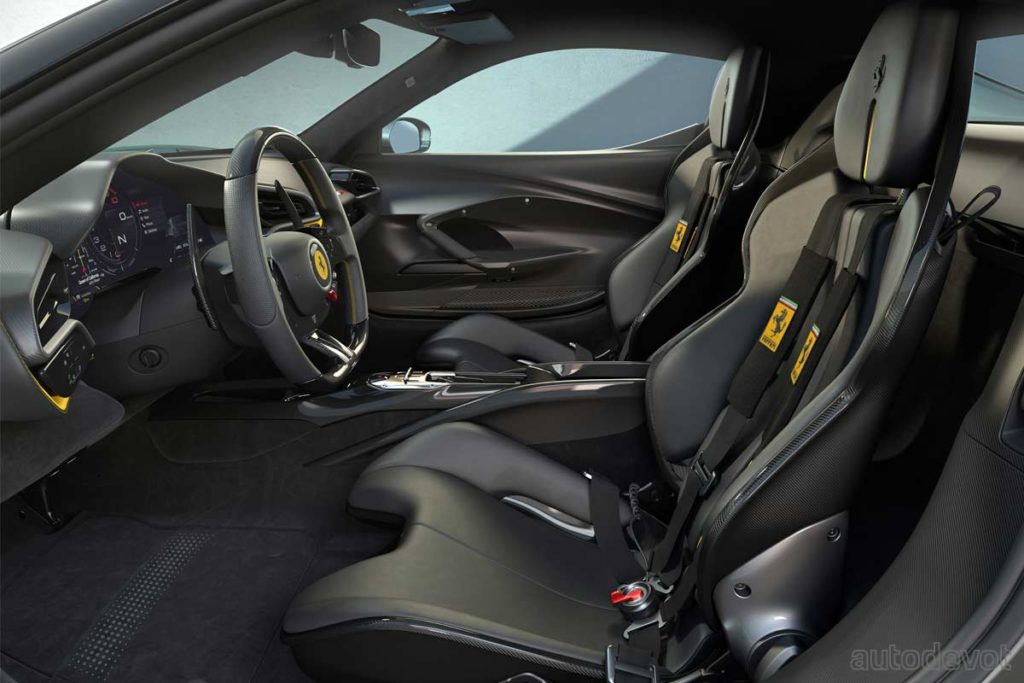 The cockpit is similar to that of the SF90 Stradale, including the driver display flanked by air vents on either side, and gated shifts-like controls on the centre console. An extra display for the passenger comes standard. Notice that the Assetto Fiorano gets a more sporty but uncomfortable looking seats. 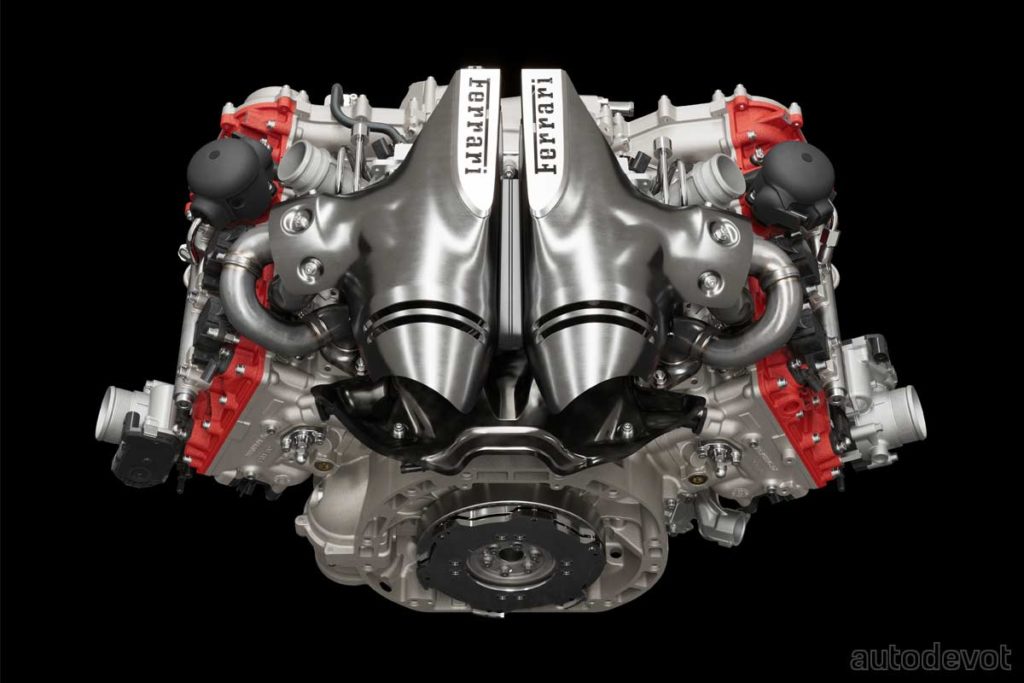 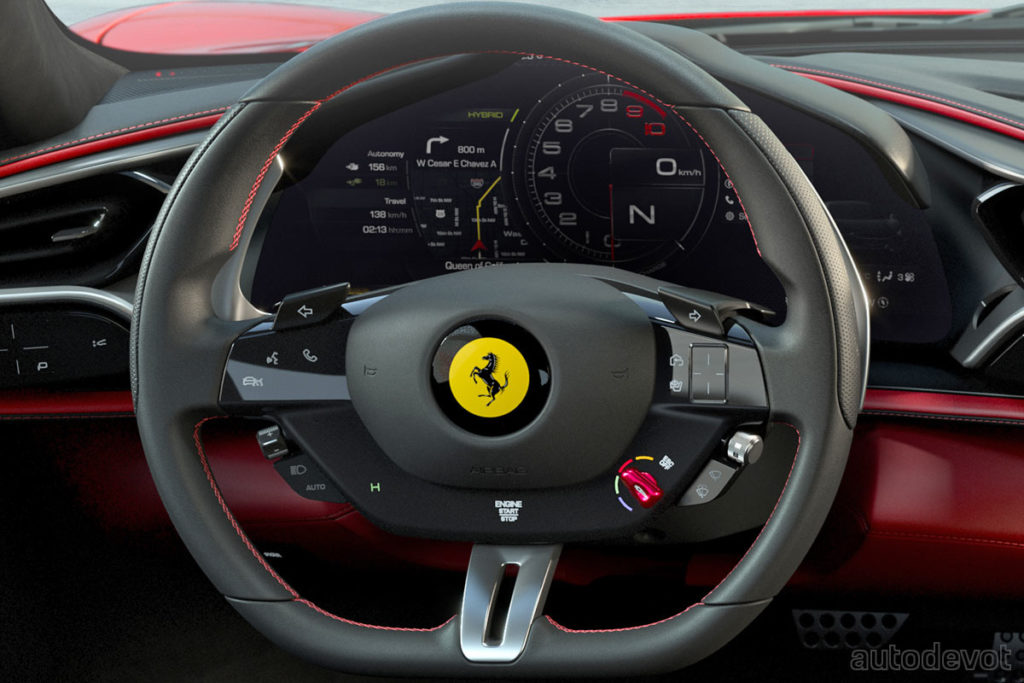 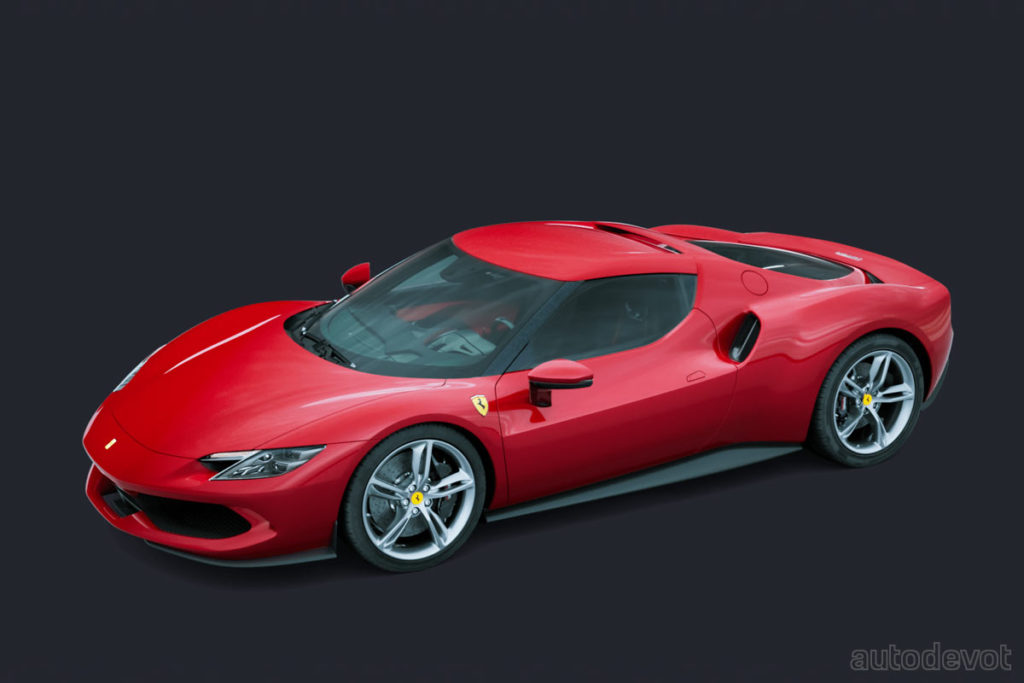 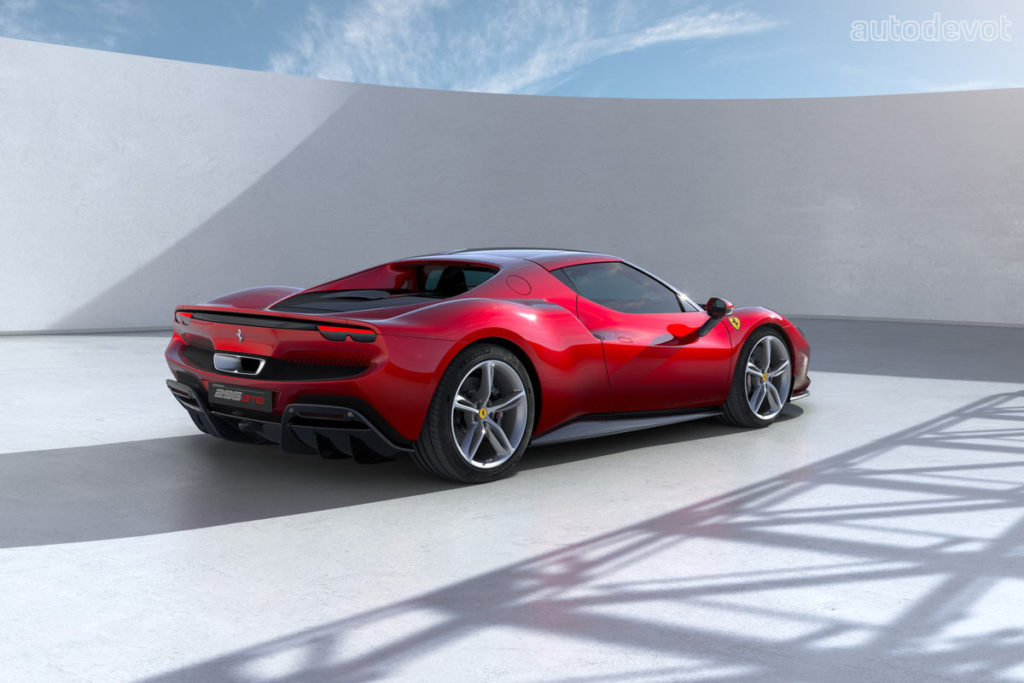