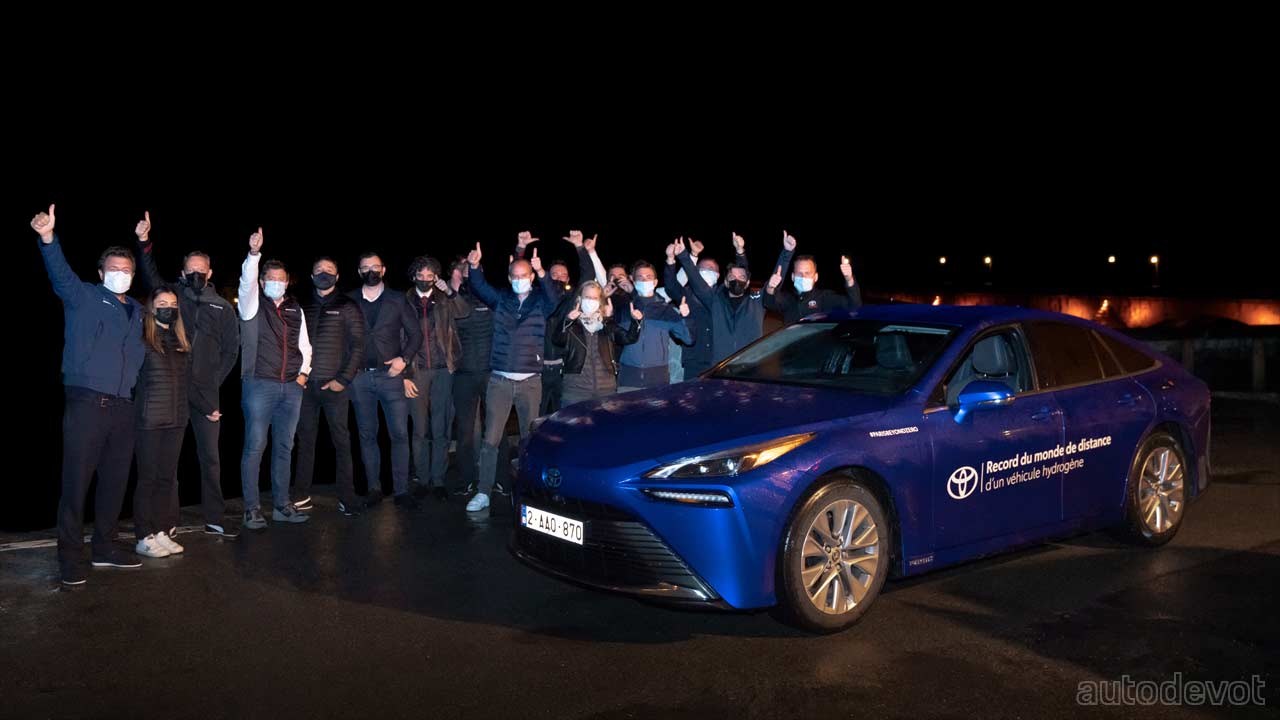 The second-gen Toyota Mirai claims to have set a new world record by traveling more than 1,000 km (621+ mi) with just one fill of hydrogen. The journey started on 26th May (Wednesday) at 5:43 AM from the HYSETCO hydrogen station in Orly (Paris, France), covering public roads, south of Paris and in the Loir-et-Cher and Indre-et-Loire areas, and ended after 1,003 km (623 mi). 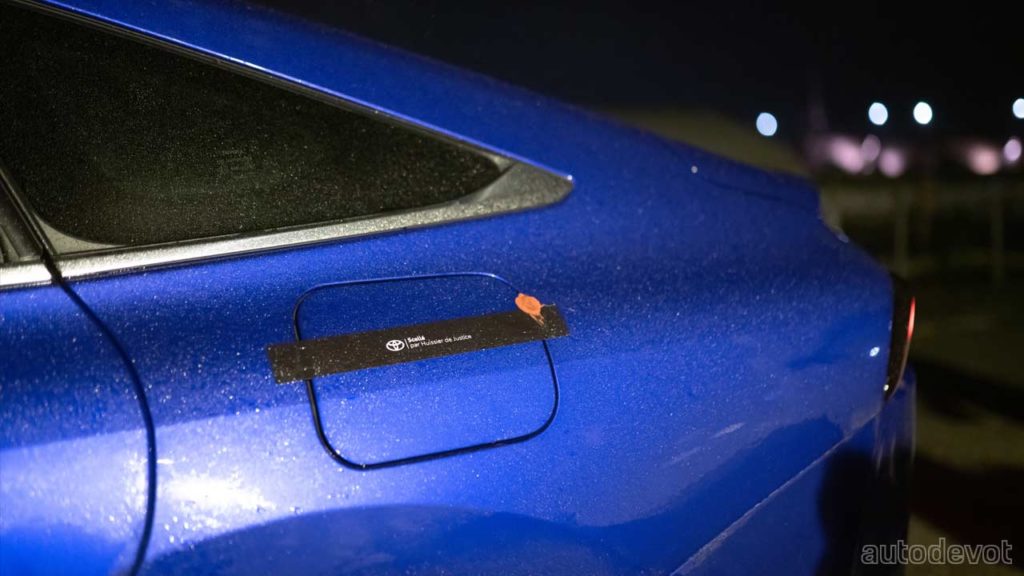 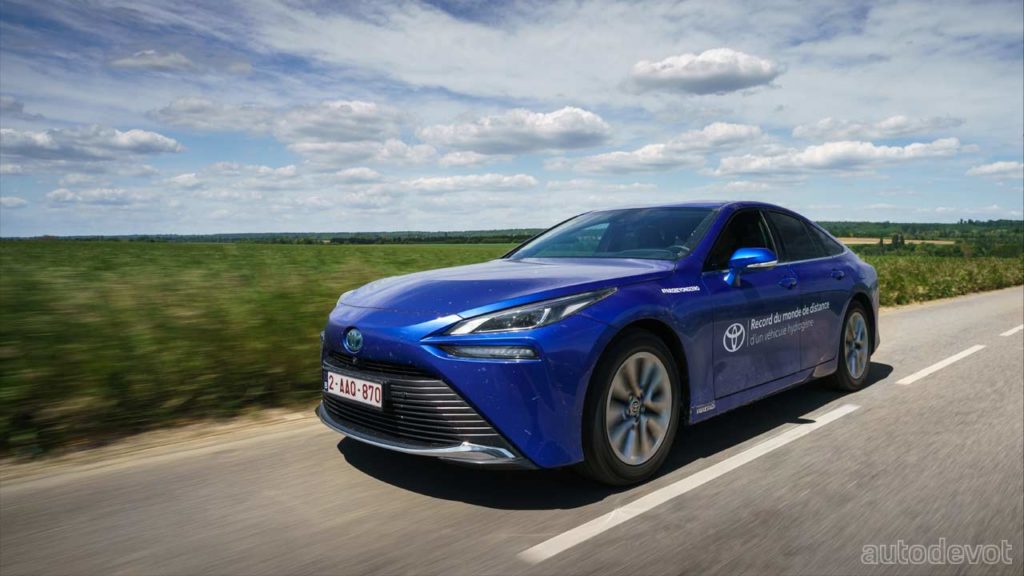 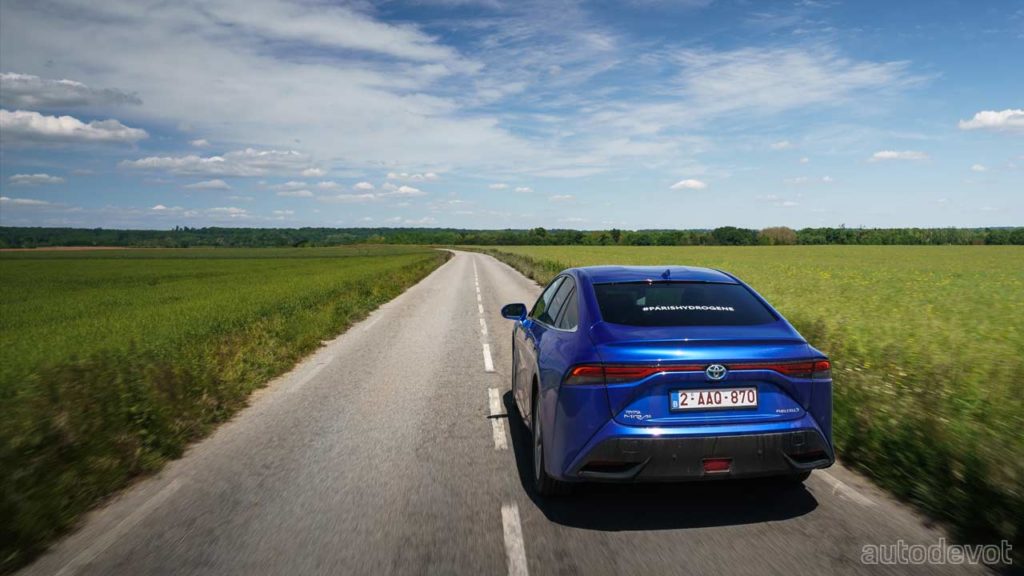 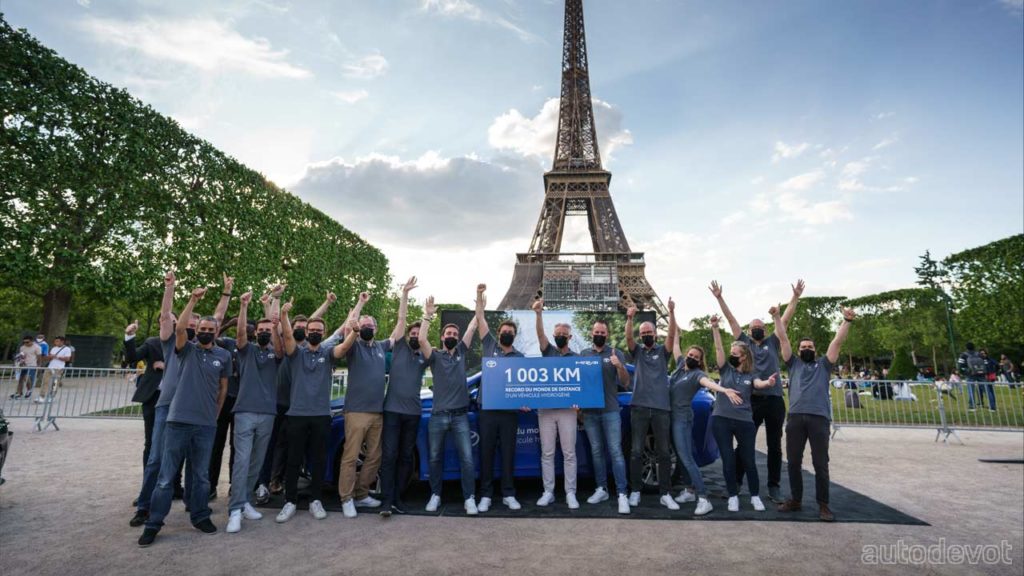 Apparently, the distance covered and consumption were certified by an independent authority. The average fuel consumption during this record attempt was 0.55 kg/100 km; the new Mirai can store 5.6 kg (12.3 lbs) of hydrogen. That’s not all, the MID indicated a 9 km (5.6 mi) remaining range. How did this happen when the official estimated range is 647 km (402 mi)? Toyota explains that the drivers adopted an “eco-driving” style but no special techniques that could not be used by everyday drivers. 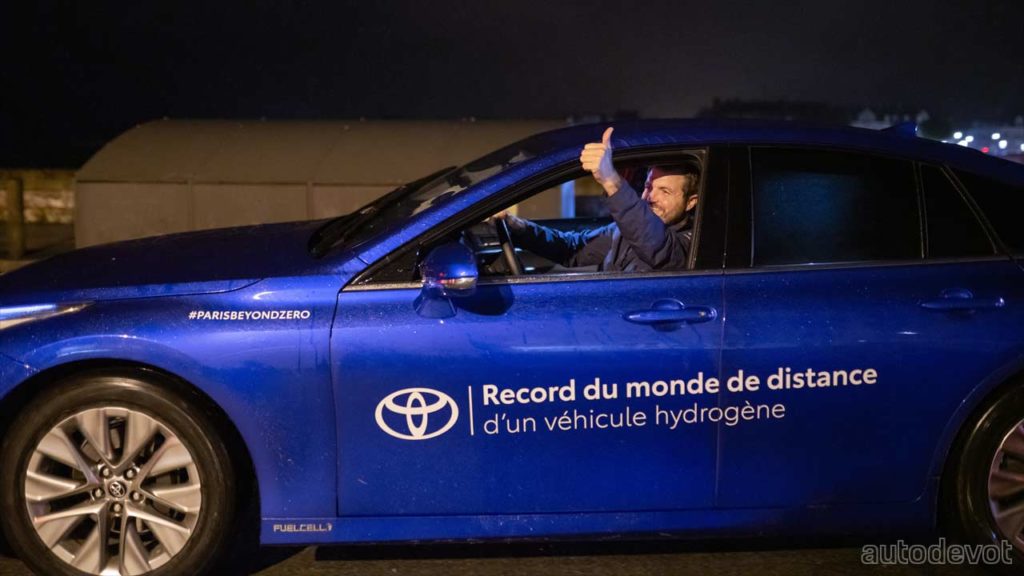 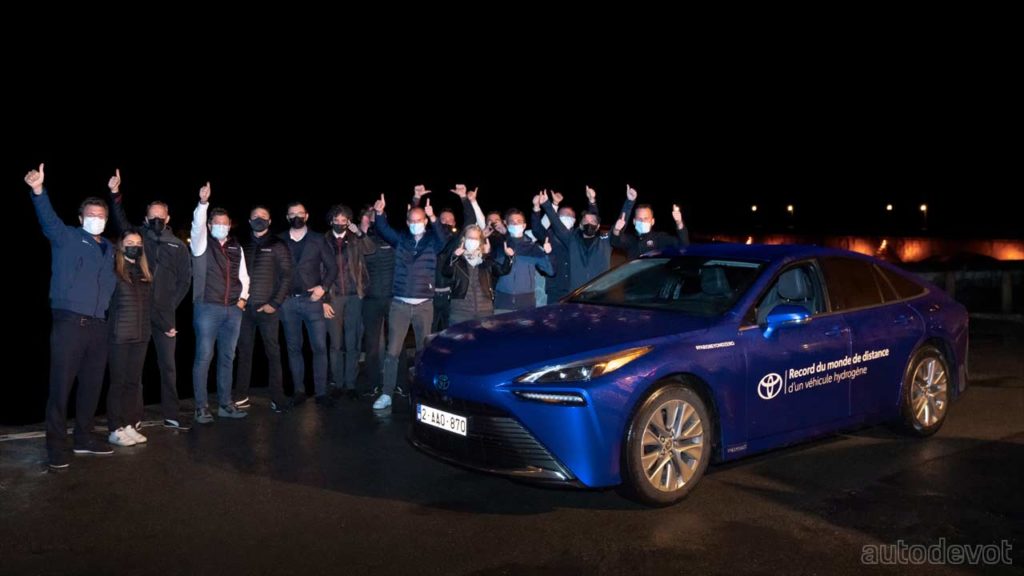 The record attempt was shared by 4 drivers including Victorien Erussard, the founder and captain of Energy Observer — a research vessel equipped with a Toyota fuel cell. James Olden, an engineer at Toyota Motor Europe; Maxime le Hir, Mirai product manager; and Marie Gadd, PR manager of Toyota France were the other 3 drivers.