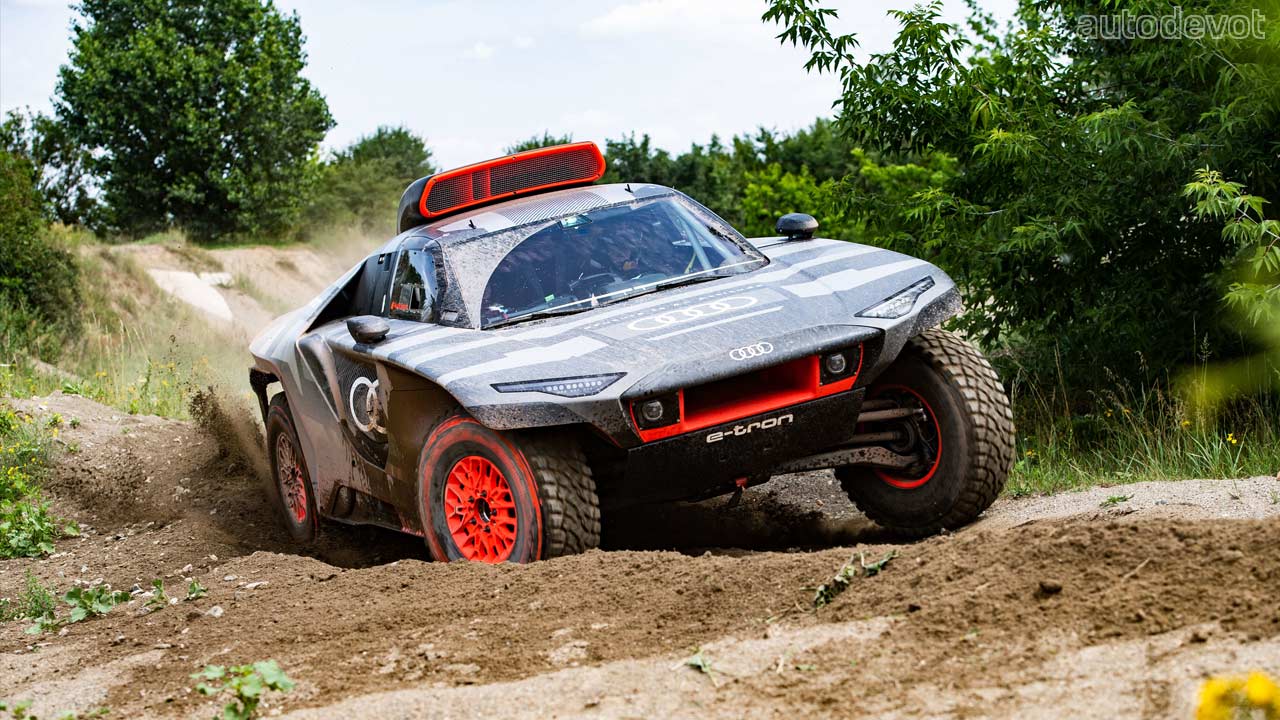 Remember the December 2020 announcement that Audi is entering the Dakar Rally for the first time and a prototype is being developed? Well, the prototype is now ready for testing, ahead of its rally debut in January 2022. 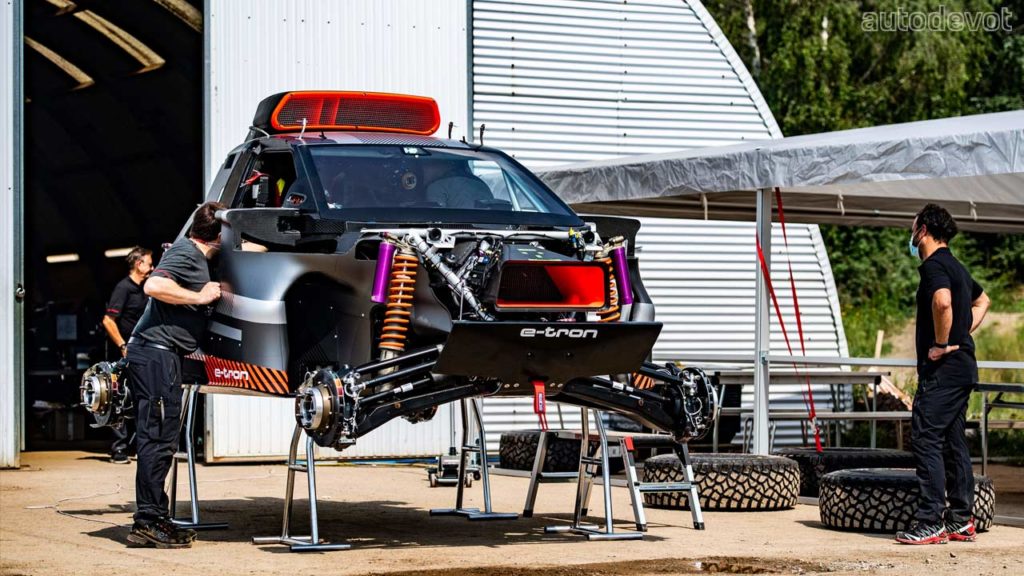 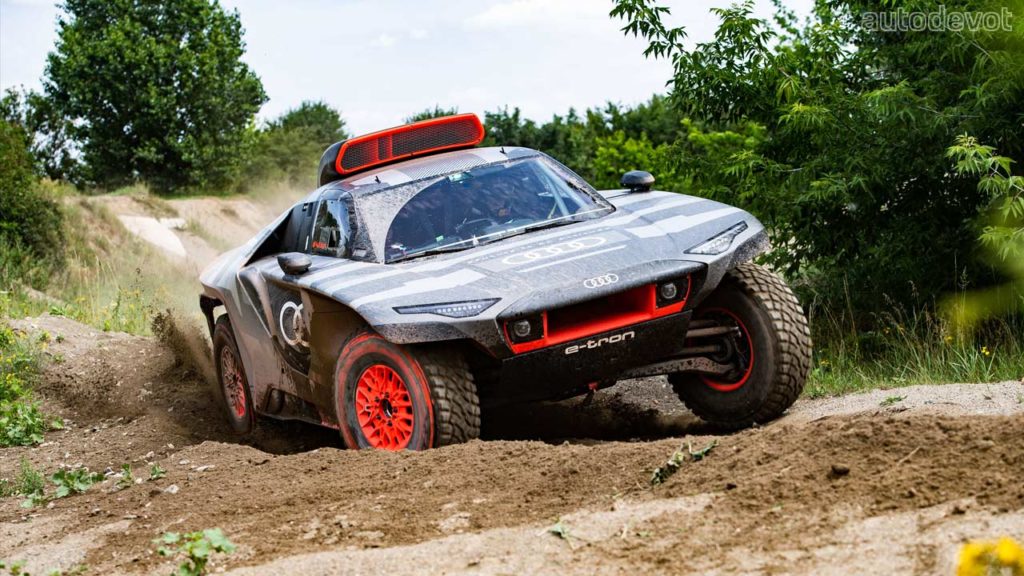 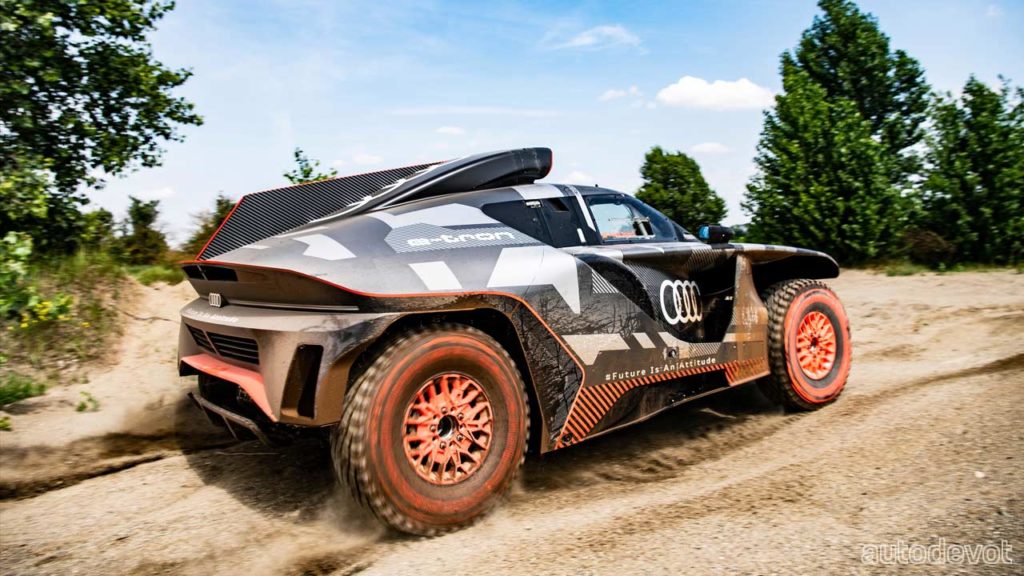 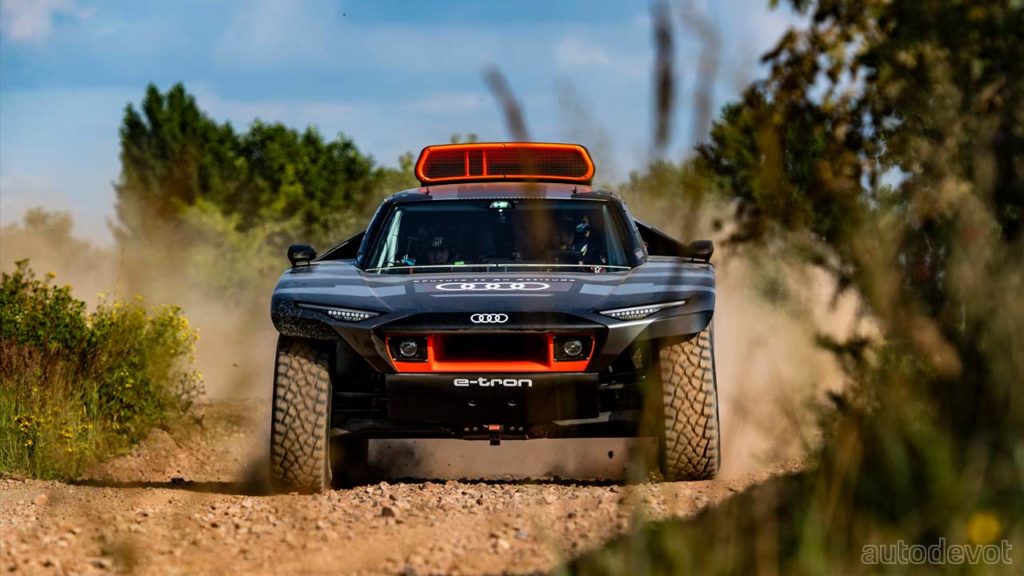 Visually, I think the styling team has done a good job; the RS Q e-tron looks just the way a futuristic Audi Dakar Rally car should look. It kinda reminds me of the AI:Trail concept that we saw in late 2019. The livery with orange highlights is very similar to the camouflage the first e-tron SUV prototype wore back in 2018. 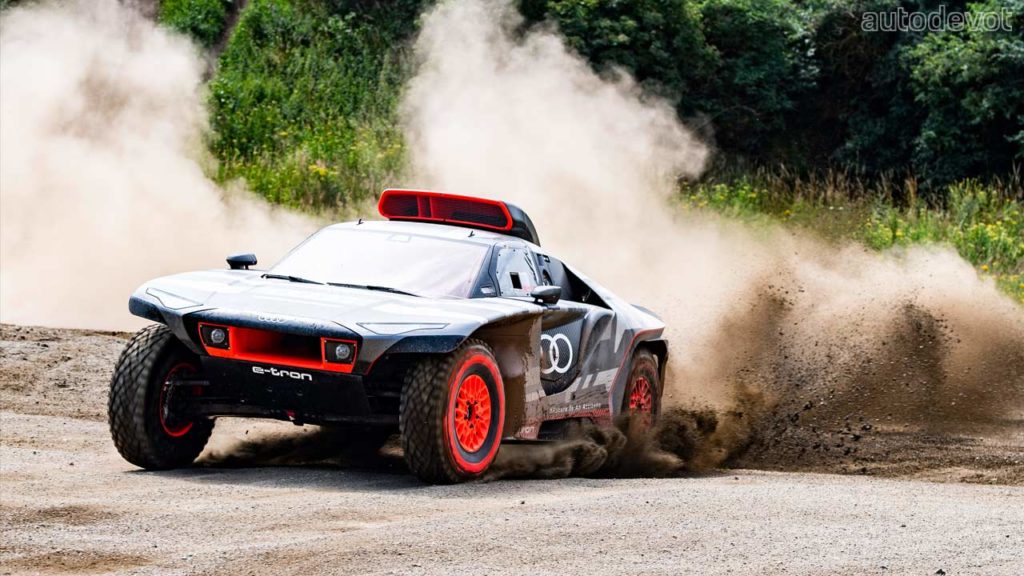 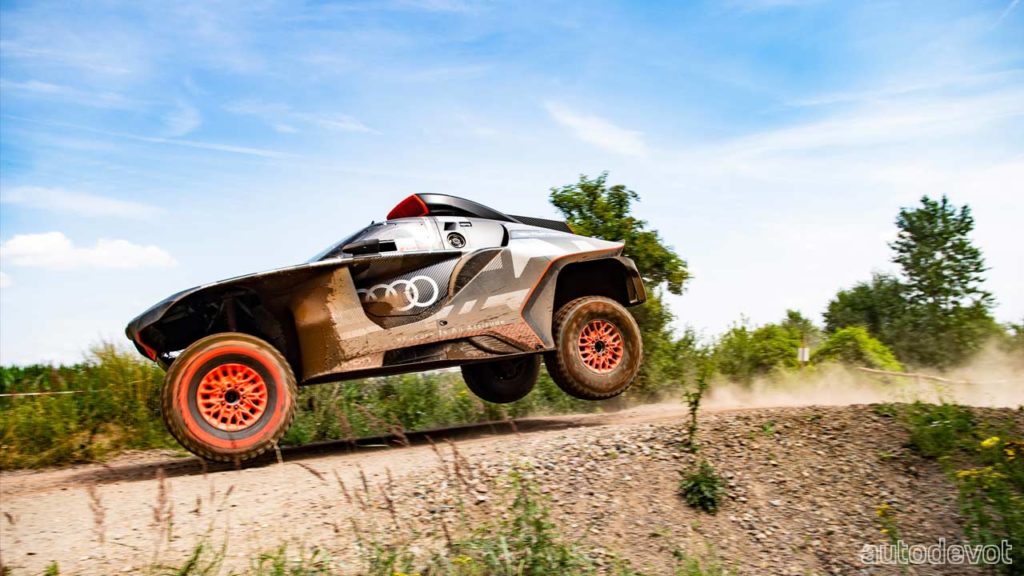 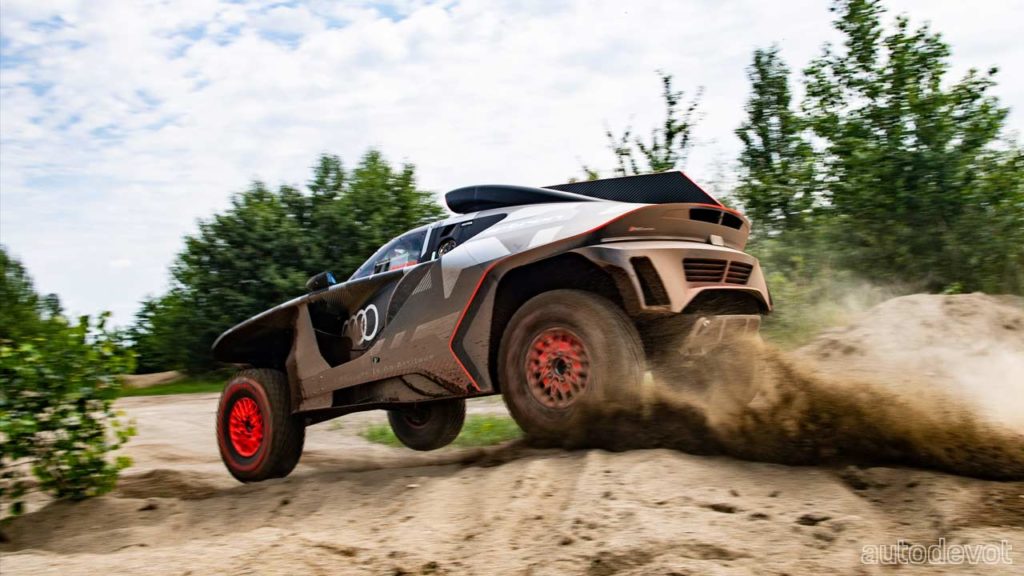 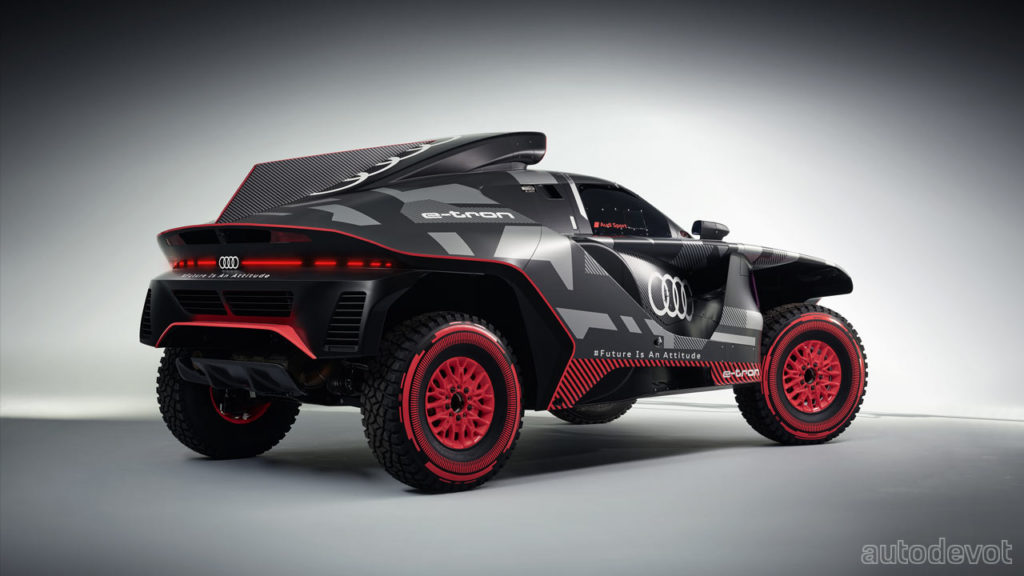 We don’t have the full technical details just yet, however, we do have some important information to go over. Speaking of which, the RS Q e-tron packs an electrified powertrain, more specifically, a series-hybrid powertrain. What that means is a “highly efficient” TFSI engine from a DTM series car acts as an onboard generator for two electric motors (MGU) (one at the front and the other at the rear) borrowed from the e-tron FE07 Formula E car. In addition, there’s a third MGU for purposes such as recuperation and recharging the 50 kWh battery pack. 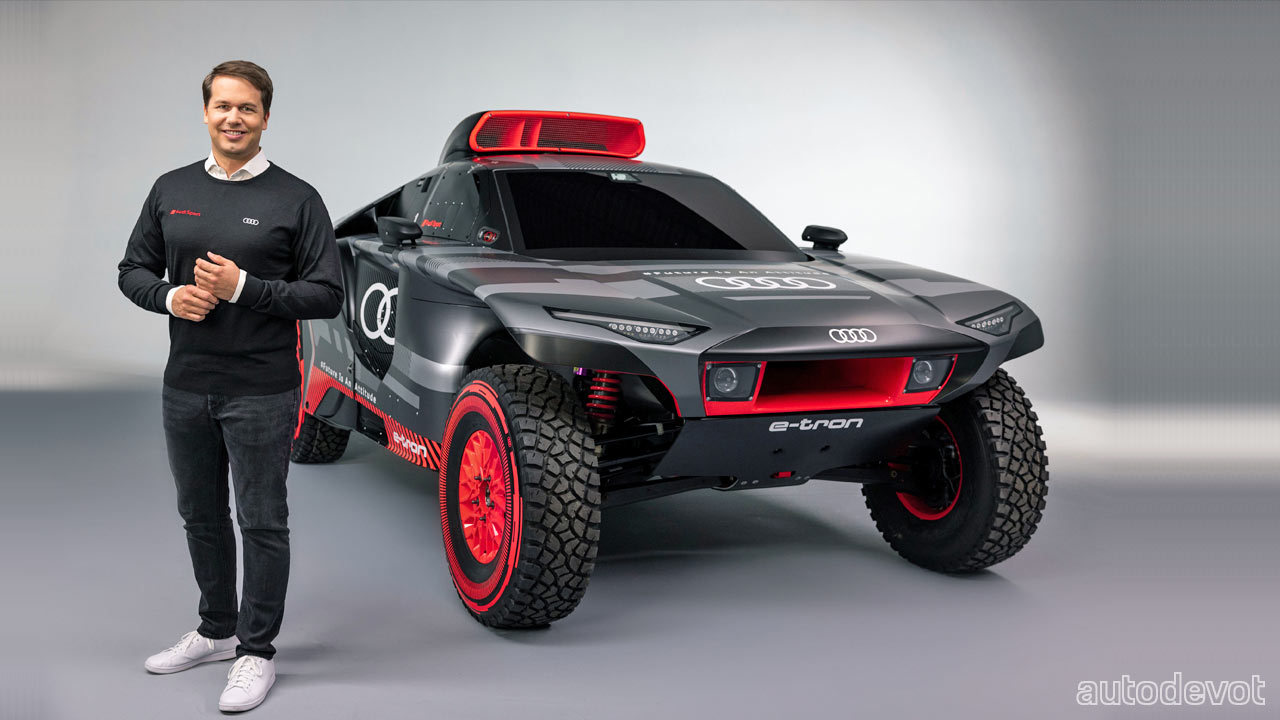 The quattro was a gamechanger for the World Rally Championship. Audi was the first brand to win the Le Mans 24 Hours with an electrified drivetrain. Now, we want to usher in a new era at the Dakar Rally, while testing and further developing our e-tron technology under extreme conditions. — Julius Seebach, Managing Director, Audi Sport

“What we are trying to do has never been done before. This is the ultimate challenge for an electric drivetrain,” added Andreas Roos, responsible for the Dakar project at Audi Sport.