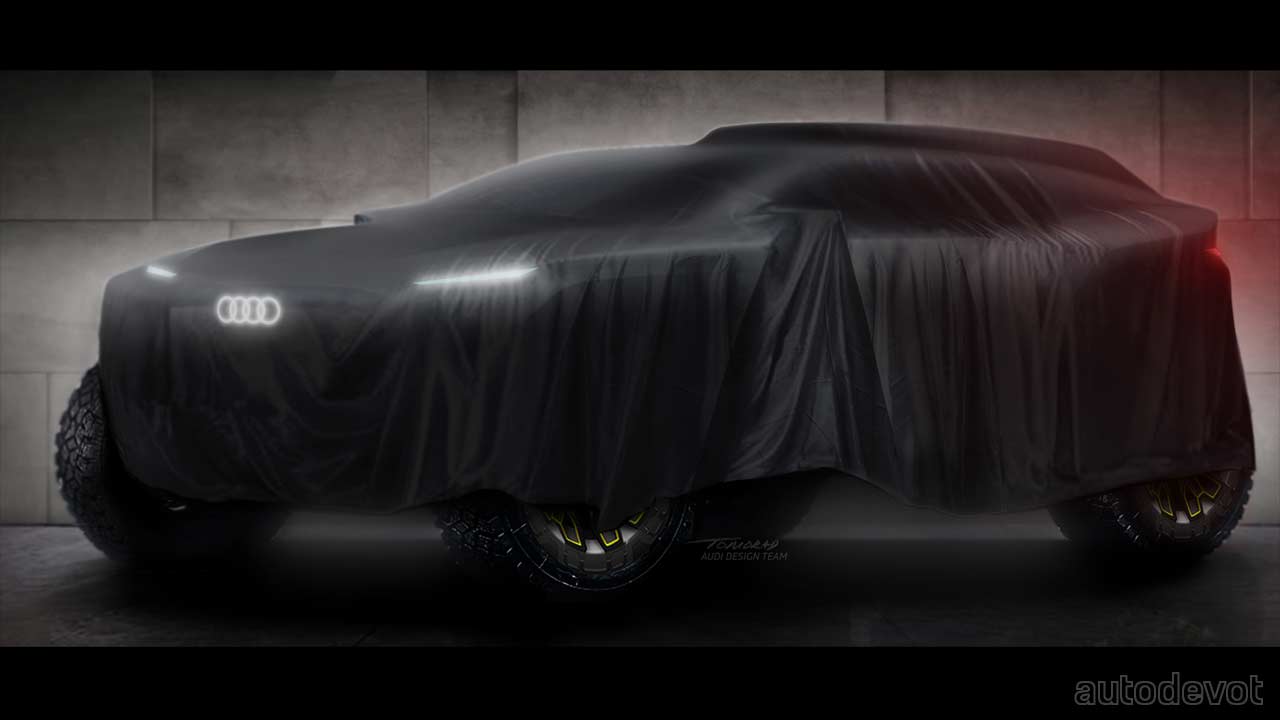 Audi has announced that it’ll compete in the Dakar Rally for the first time with the newly-founded Q Motorsport — based in Trebur (Germany). A prototype is being developed for the same, which is expected to take its veil off sometime in 2021.

The development of the Dakar prototype with its innovative drivetrain concept is being carried out in-house. We are contesting the race together with an experienced partner. The Q Motorsport team contributes an enormous amount of specific experience from cross-country motorsport. – Julius Seebach, Managing Director of Audi Sport

Q Motorsport was founded by Sven Quandt and his two sons Thomas and Tobias Quandt. As a driver, Sven Quandt won the T1 Marathon Cup in 1998. In the same year, his team GECO Raid celebrated a 1-2-3 victory in the T1 classification of the Paris–Dakar Rally. From November 2002 till the end of 2004, Quandt was the head of motorsport at Mitsubishi Motors. At the same time, he began to build up the X-raid Team, which celebrated five victories in the Dakar Rally and won the FIA World Cup for cross-country rallies 11 times.