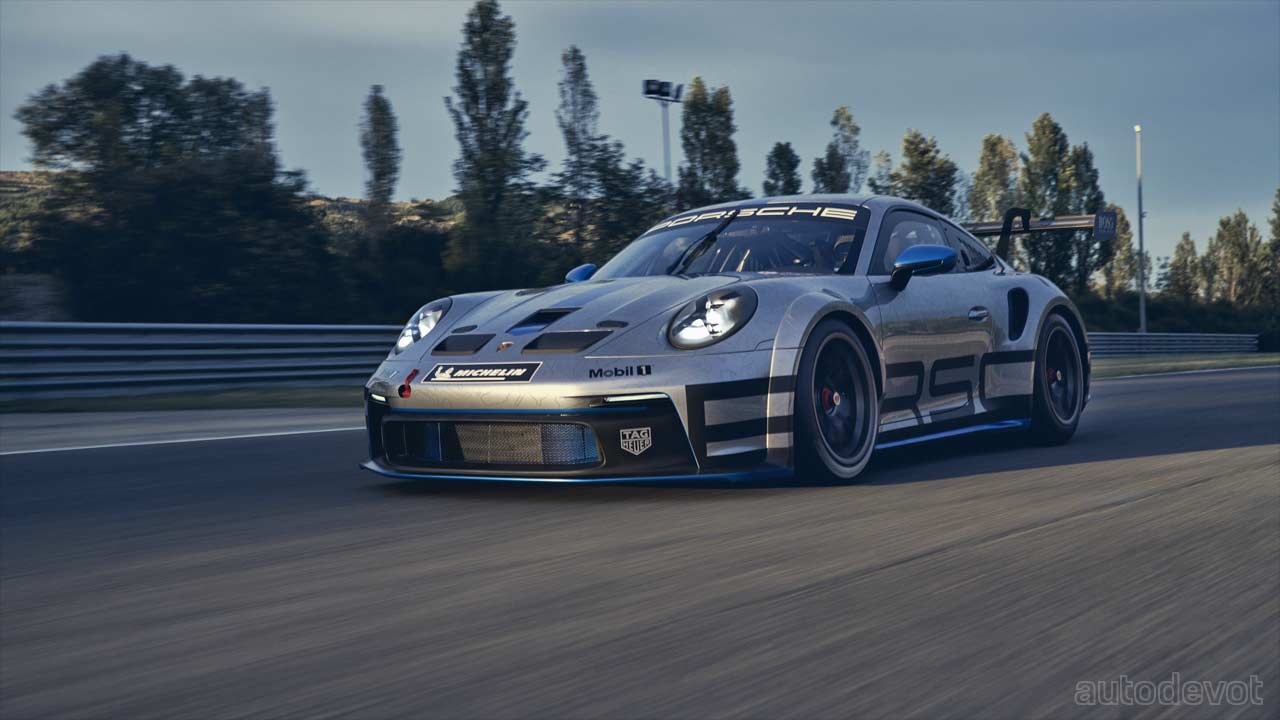 Porsche has revealed the new 911 GT3 Cup, which is, of course, based on the 992 generation 911. The new Cup car also offers a glimpse of how the road-going new 911 GT3 would look like. 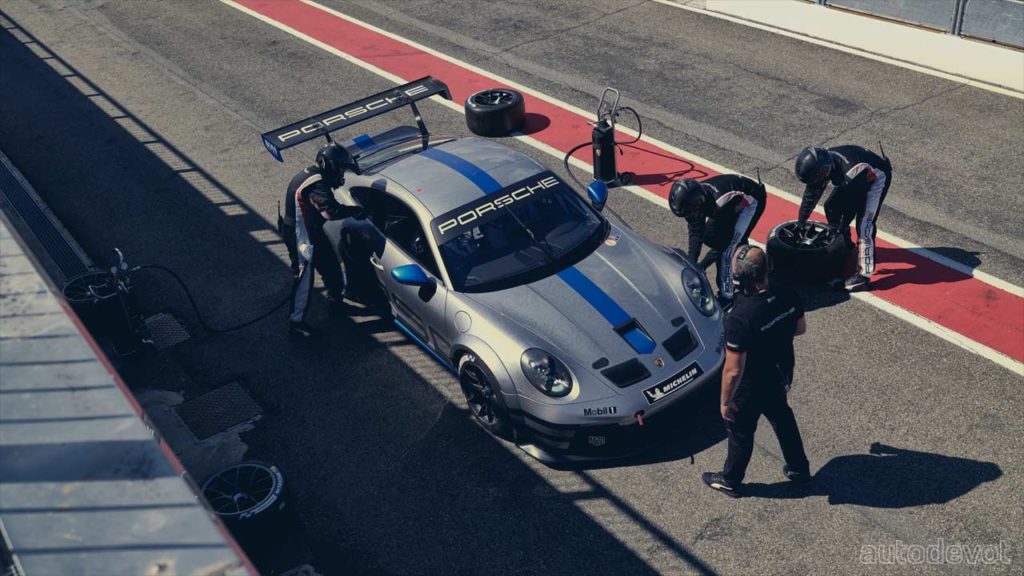 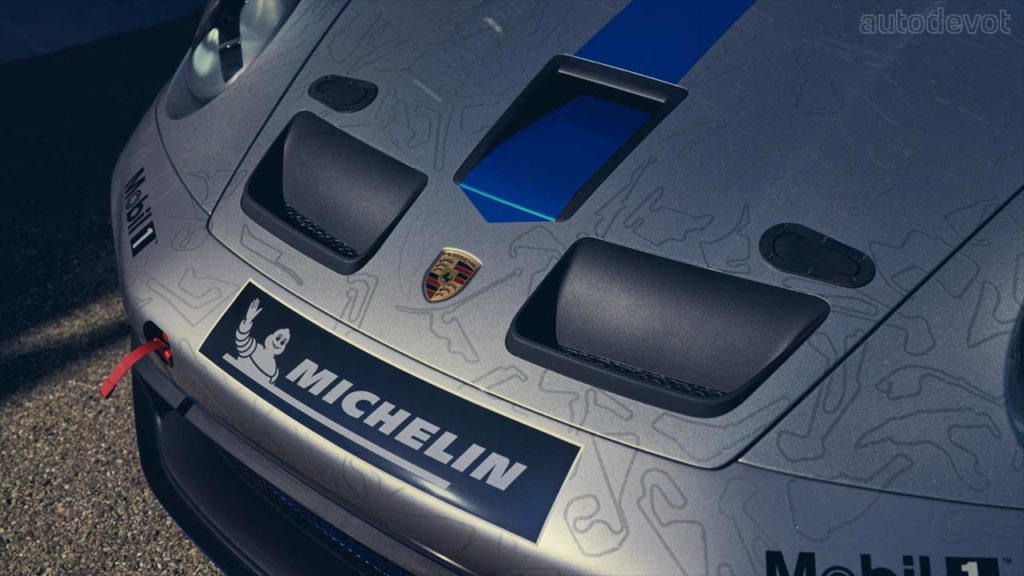 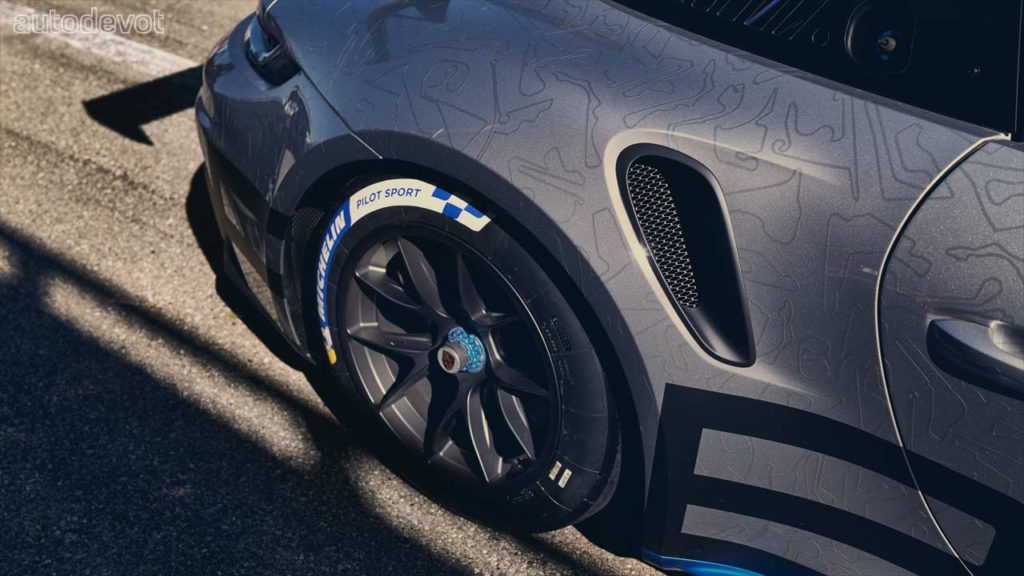 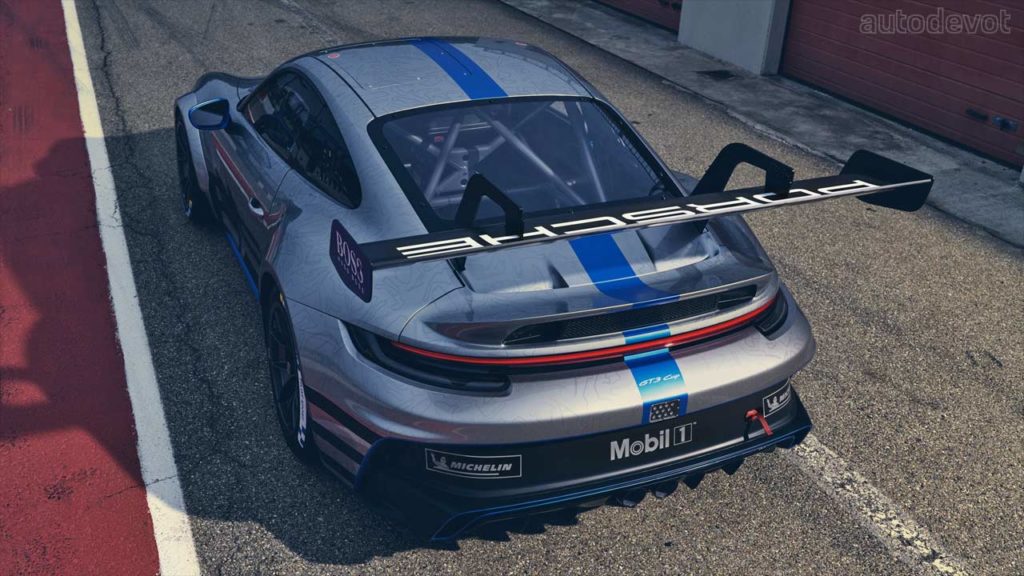 The new 911 GT3 Cup boasts optimized aerodynamics, partly thanks to the wide turbo-spec body that is being used for the first time in the Cup car. Those hood vents are expected to make it to the road version as well. The flared wheel arches make the car 1,920 mm wide at the front axle, while its rear-end measures 1,902 mm wide, up by 28 mm compared to the previous model. The wheel arches house 12-inch wide rims at the front and 13-inch at the rear. 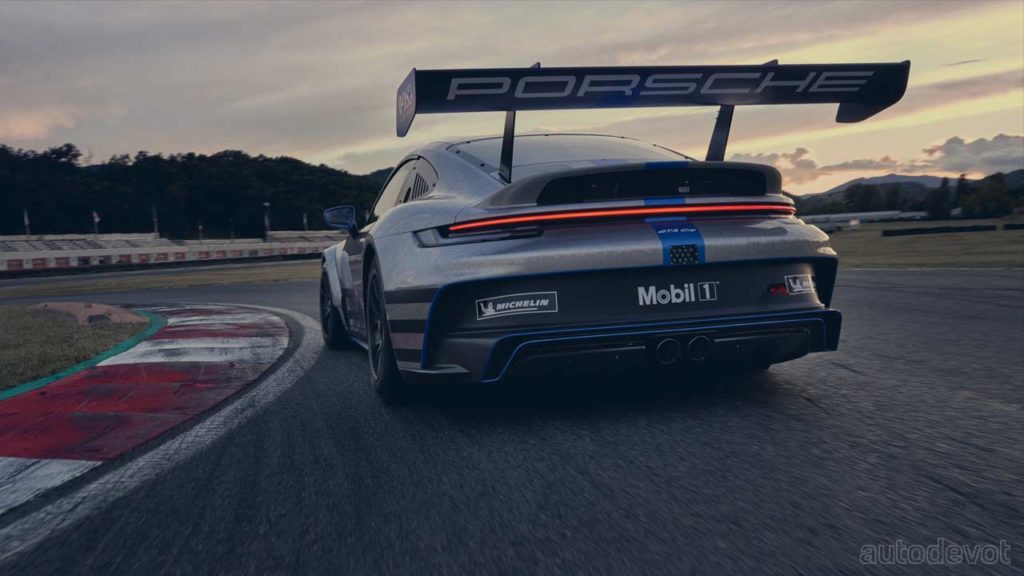 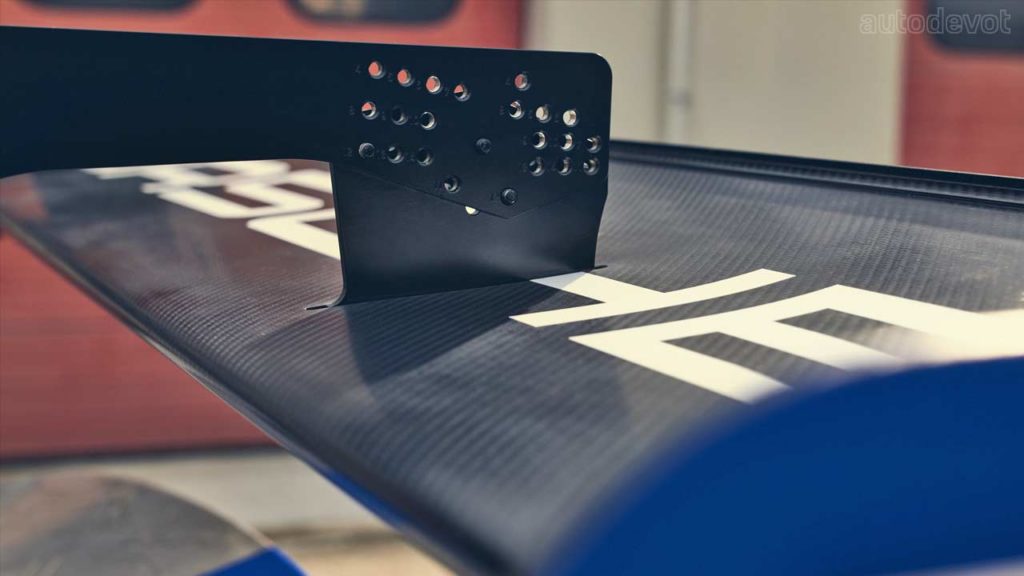 And of course, we need to talk about that massive rear wing. It offers 11-stage adjustability; the ‘swan neck’ mounting apparently ensures uninterrupted under-wing airflow.

The new 911 GT3 Cup now starts a new chapter. Our goal is to pass the 5,000 mark in production over the coming years. – Michael Dreiser, Director of Sales, Porsche Motorsport 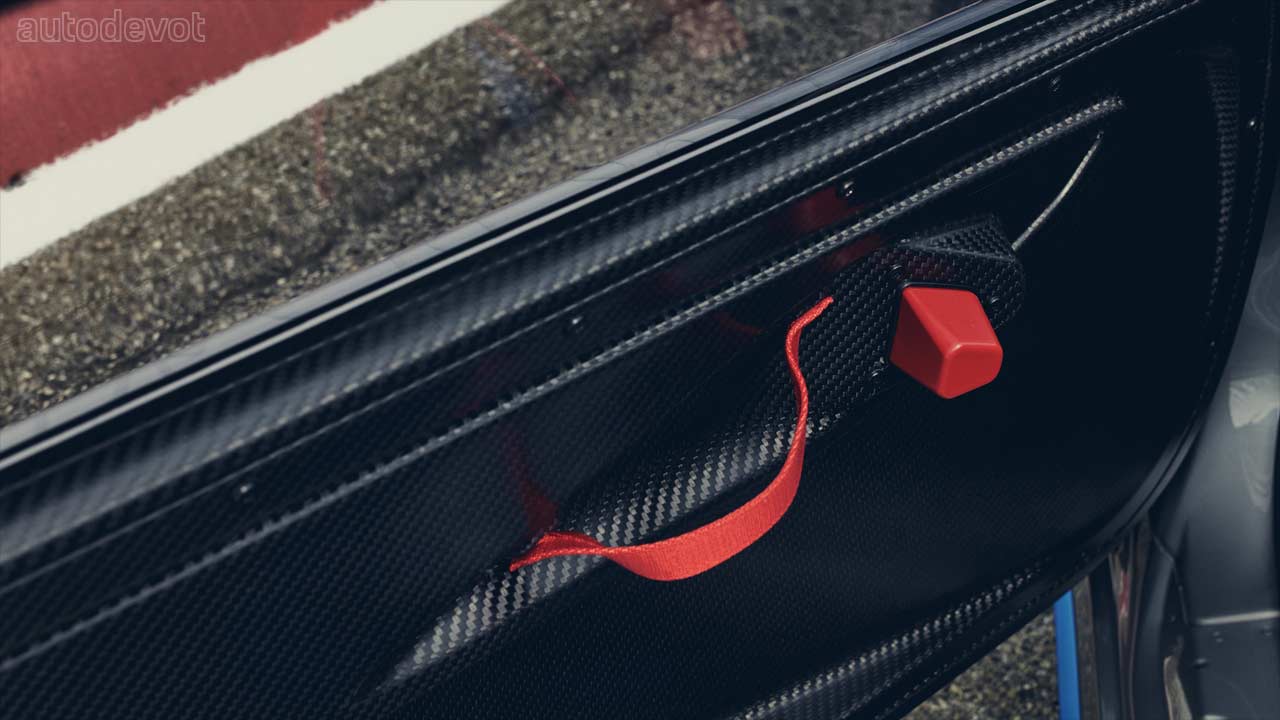 As for the construction of the car itself, the body of the 991.2 generation Cup car consisted of 70% steel and 30% aluminium. The ratio in the successor has been switched. However, the car still weighs around 35 kg (77 lbs) more with a dry weight of 1,260 kg (2,778 lbs) is due, for example, to extra struts being added to the steel safety cell. All windows are made of lightweight polycarbonate and have scratch-resistant hard-coat glazing. The doors and rear wing are made of carbon-fibre reinforced plastic, while the hood is made of aluminium, which costs less to replace in case of an accident. 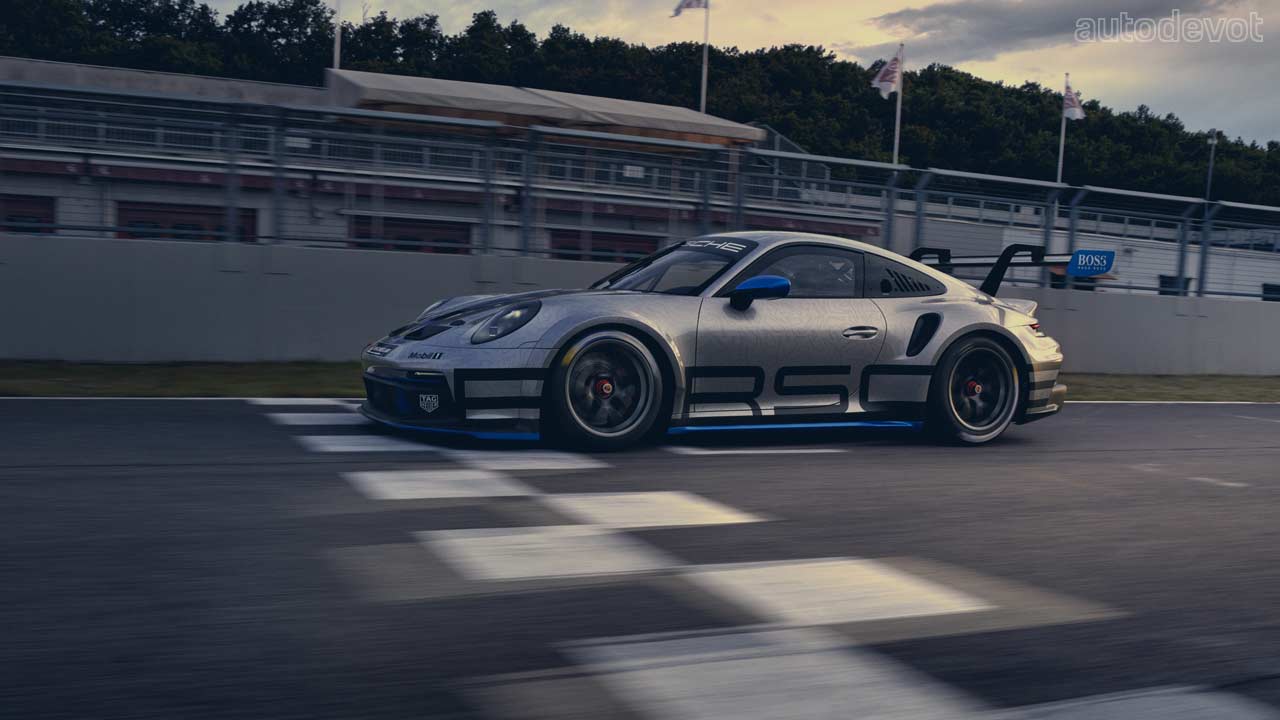 While the rear axle essentially remains unchanged from the production model, the front wheels are now controlled by double wishbones and Uniball bearings — like in the 911 RSR, Porsche’s current top racer. Through this, the dampers are no longer exposed to lateral forces, only axial forces. This ensures more precise turn-in behavior and gives a better feeling for the front axle, Porsche said. The shock absorbers have also inherited the valve technology from the 919 Hybrid and 911 RSR. 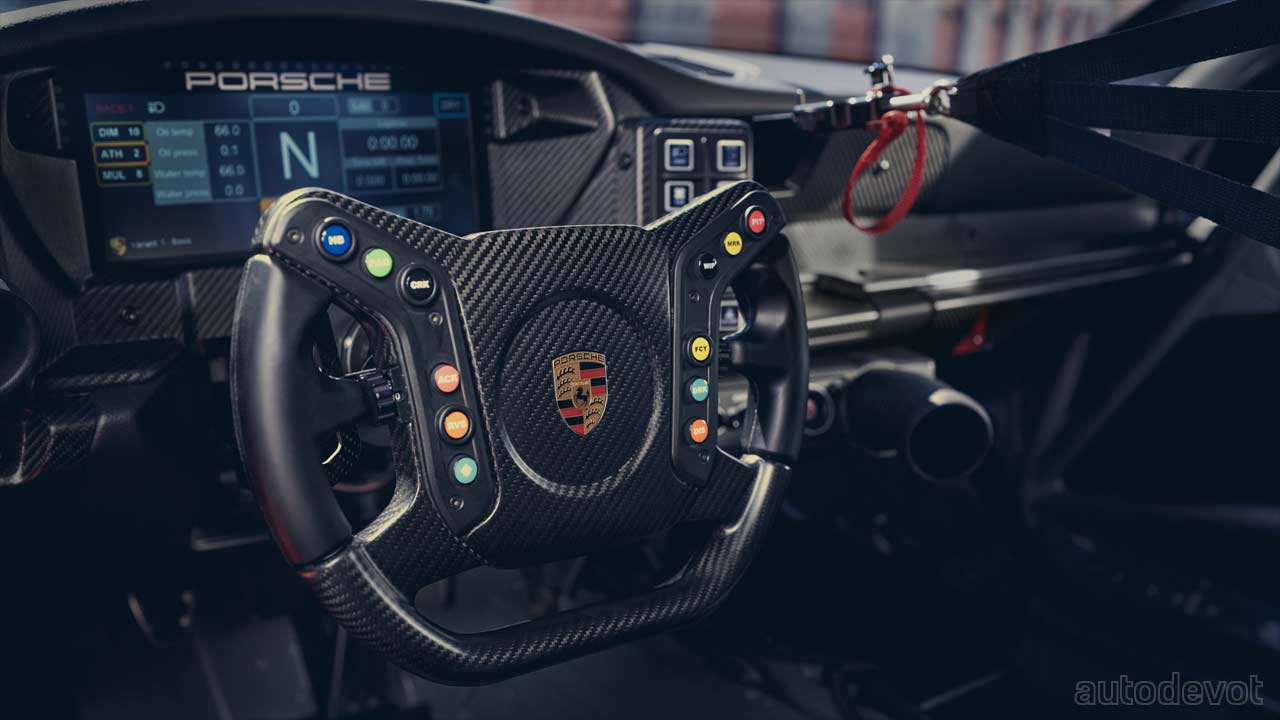 Other changes include the electro-mechanical power steering for the first time in a 911 GT3 Cup. Meaning, the hydraulic pump and associated hydraulic lines are no longer needed. Also, the dashboard features the so-called Rubber Switch Panel (RSP) with 10 large buttons, similar to the one in the 919 Hybrid. 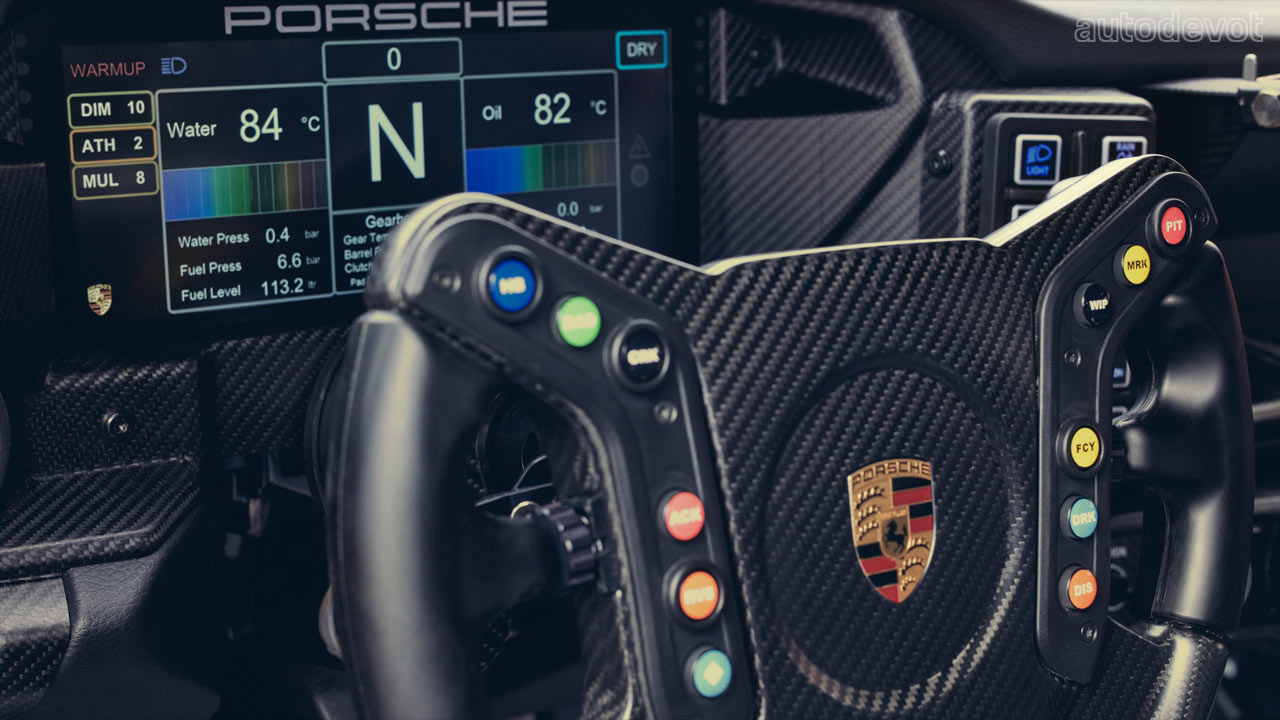 The driver display measures 10.3-inches. Besides displaying key data and information, it shows error messages and important baseline settings such as ‘Wet’ for racing in rain. Optional functions such as ABS and traction control are already stored in the system; they can be activated via a digital code.

Another important change is that the control units and data loggers have been relocated from the passenger footwell to the right rear compartment, which no longer hinders the installation of a passenger seat. 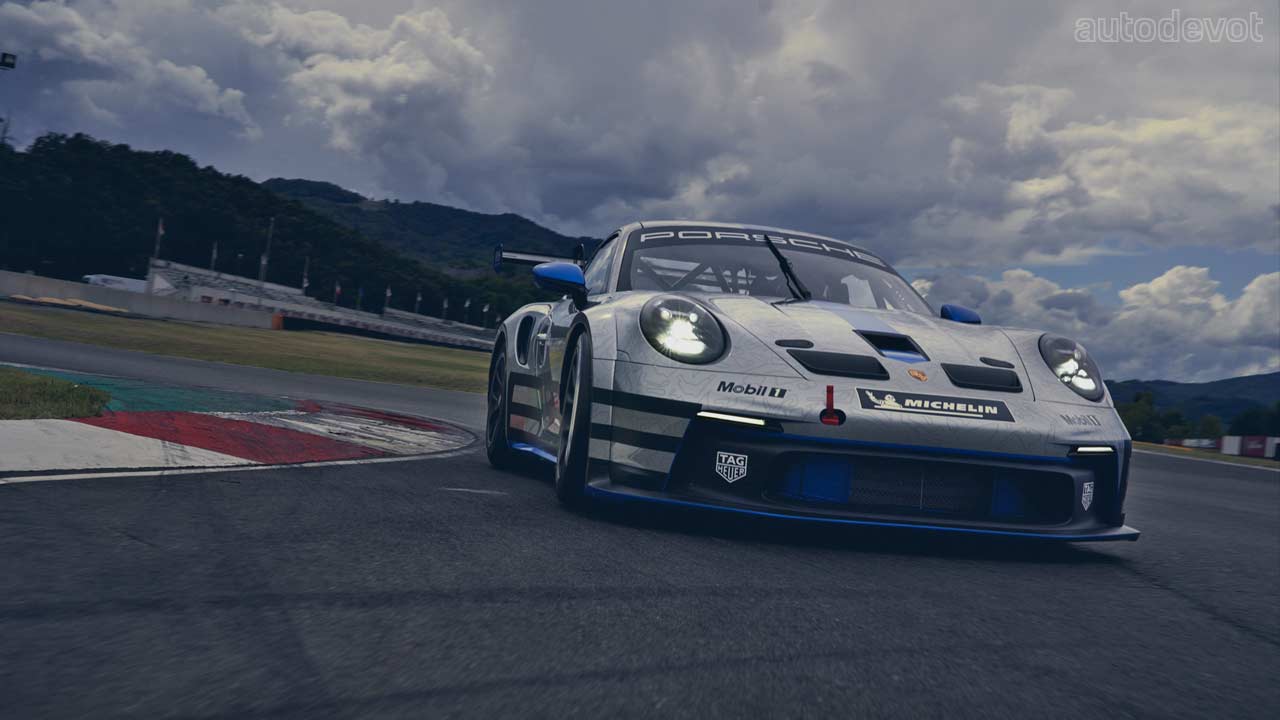 Moving on to the business end of the story, the 4.0-litre naturally-aspirated flat-six motor develops 375 kW (510 hp) and 470 Nm (347 lb-ft) of torque. The dry-sump lubricated engine reaches top performance at 8,400 rpm — up from the previous 7,500 rpm and redlines at 8,750 rpm. Like with its immediate predecessor, the engine only needs a maintenance check after 100 hours of track time, Porsche said.

The flat-six motor is paired with a six-speed dog-type sequential gearbox. According to Porsche, the gearbox only needs a “minor inspection” after 60 hours of racing and a major overhaul after 120 hours of racing. The shift barrel actuator is operated by an electric servo-motor, replacing the previous pneumatic unit, which offers faster changes, and lowers the risk of damage in the event of gearshift errors, for example.

Three different exhaust systems are available to choose from – depending on the racing series, the regulations and the racetrack.