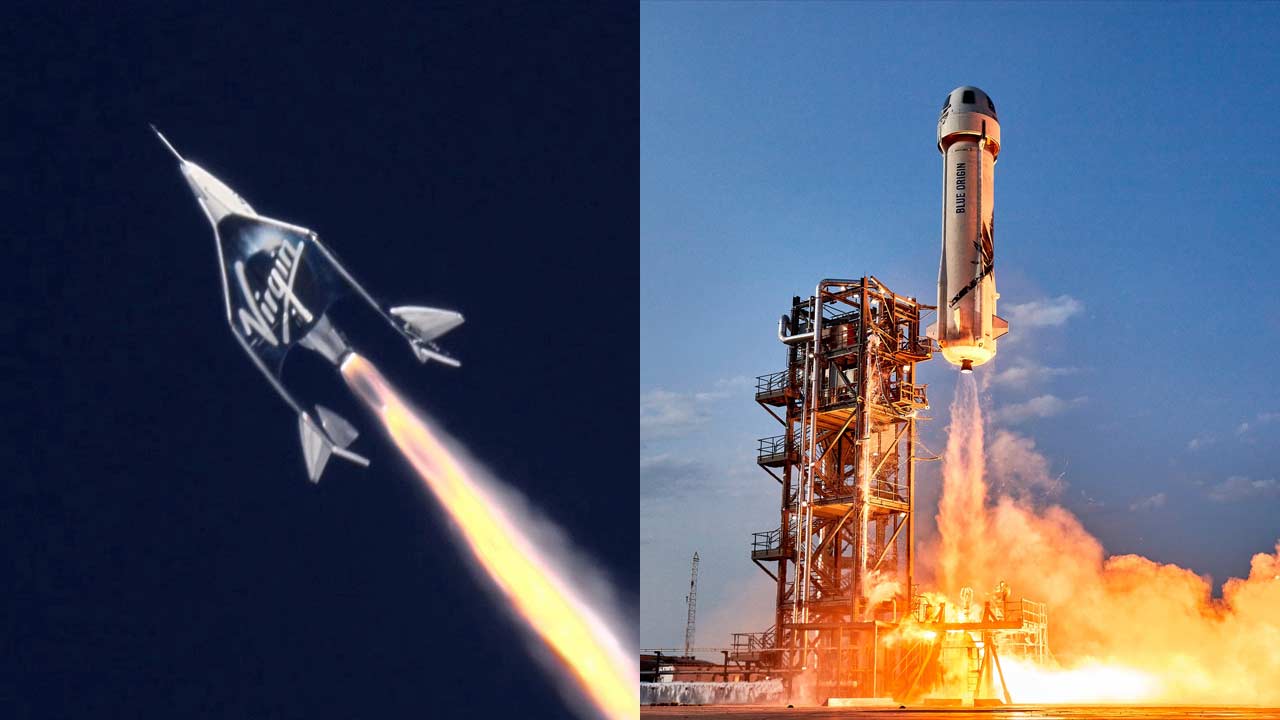 Not that I’m booking a ticket anytime soon.

But since I’m also a (space) science connoisseur, I enjoy talking about such things. And so, the commercial spaceflights we are gonna talk about today are Virgin Galactic’s Unity 22 (11 July 2021) and Blue Origin’s NS-16 (20 July 2021), billed as “the first test flight with a full crew” and “first human flight with four private citizens”, respectively. In simple terms, both were demo spaceflights with the billionaire bosses themselves on board in order to induce confidence in any potential customers. 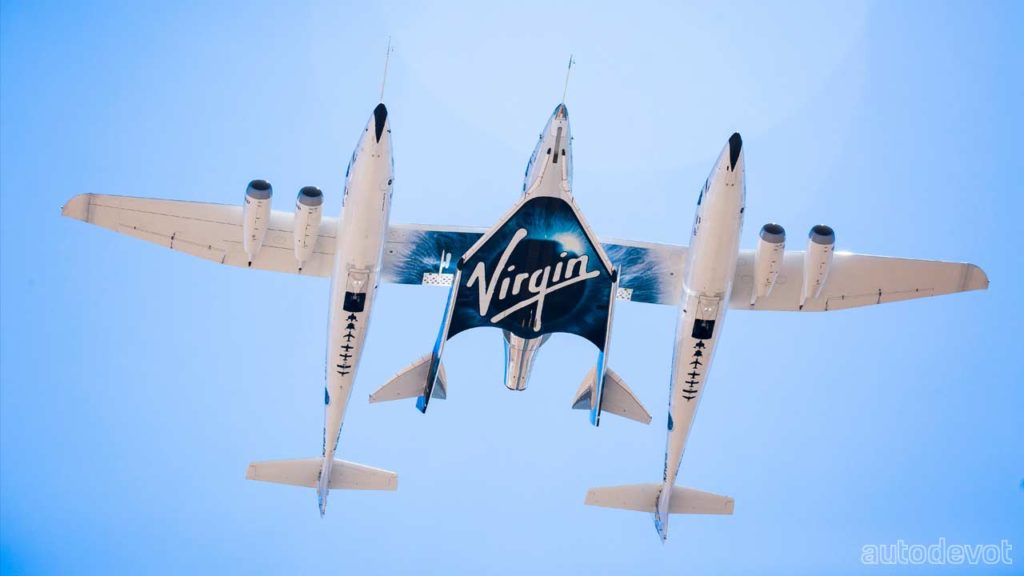 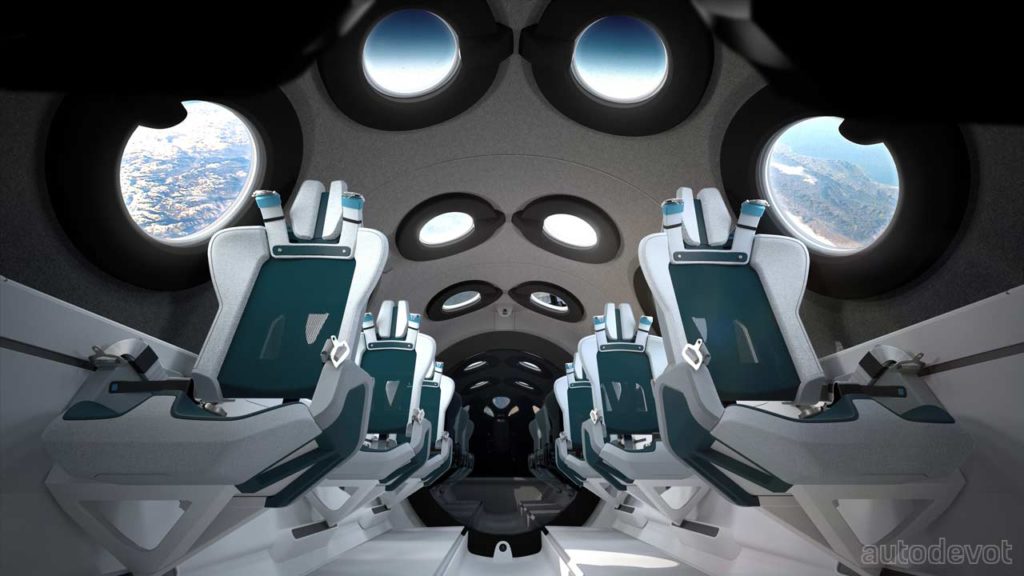 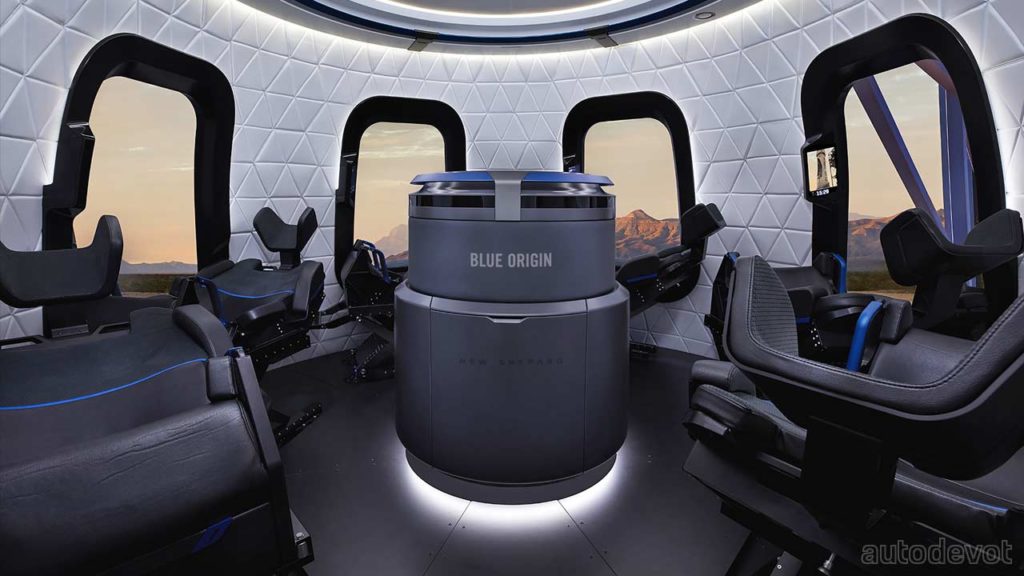 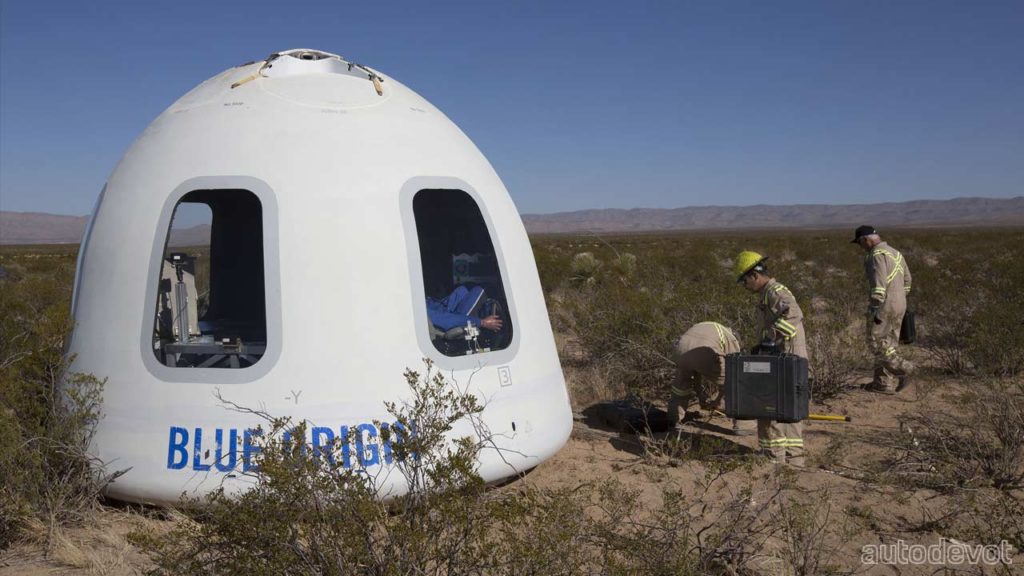 While both programs aim to accomplish the goal of offering a thrill ride of a lifetime for their customers, there are, of course, some fundamental differences in the way both accomplish those goals. Virgin Galactic customers will board a futuristic-looking spaceplane named VSS Unity, which will be carried by a mothership named VMS Eve to be dropped off at a certain altitude where the former ignites its rocket engine and climbs vertically. Blue Origin’s New Shepard follows a more traditional delivery system of using a rocket from the get-go. However, it’s no ordinary rocket; post launching the crew capsule at a certain altitude, it lands back automatically to be re-used. Also, look at the size of those windows. 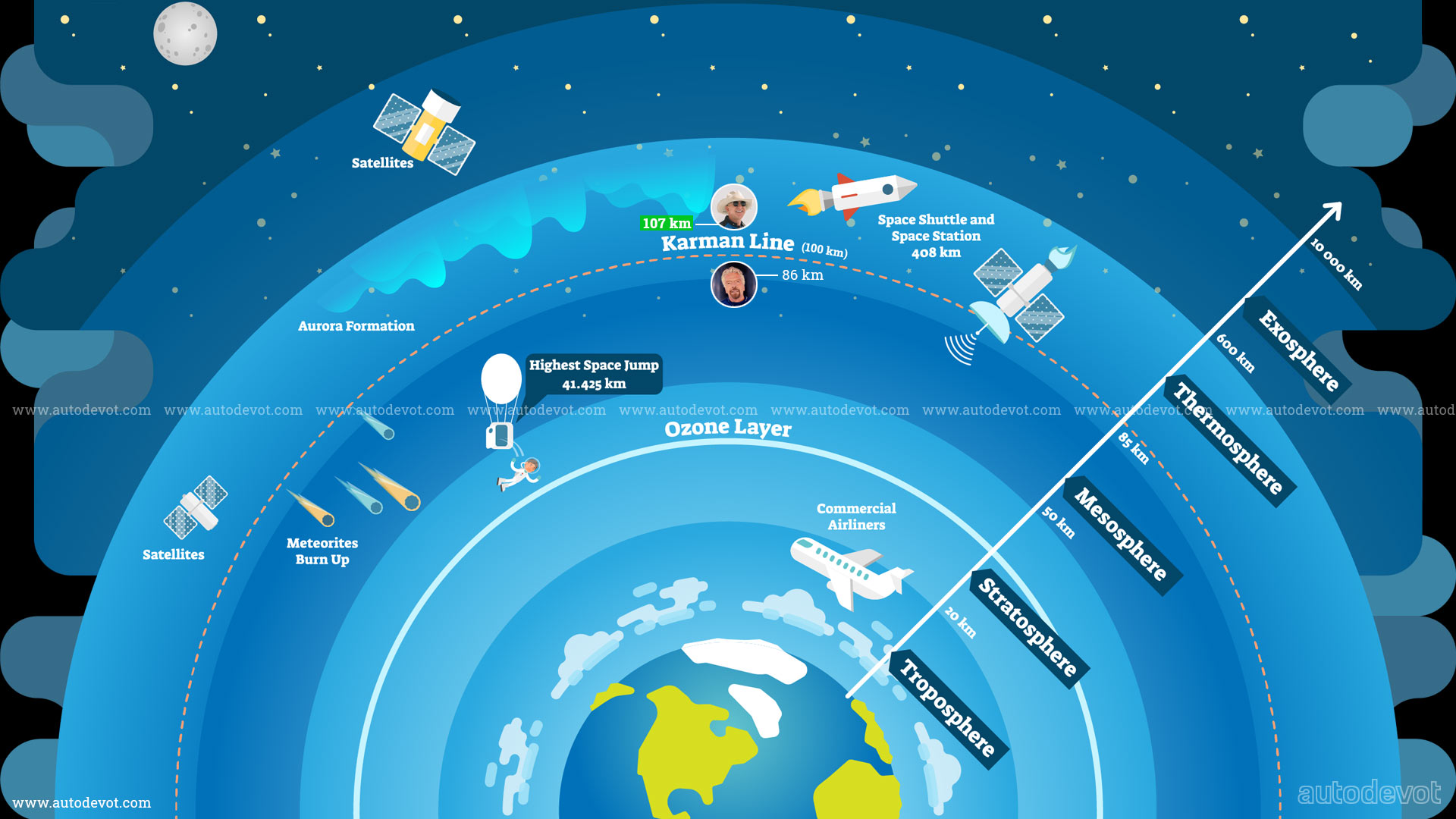 Those fundamental differences are also the reason why Bezos’ capsule actually reached space as opposed to Branson’s spaceplane. The apogees were 107 km (66.5 mi) and 86 km (53.5 mi), respectively. You need a lot more energy to cross or at least reach the 100 km Kármán line. For those who are scratching their heads, the Kármán line is an internationally recognized (imaginary) boundary of space defined by the Fédération Aéronautique Internationale (FAI). Just to compare, the ISS orbits at an average altitude of 408 km (254 mi). 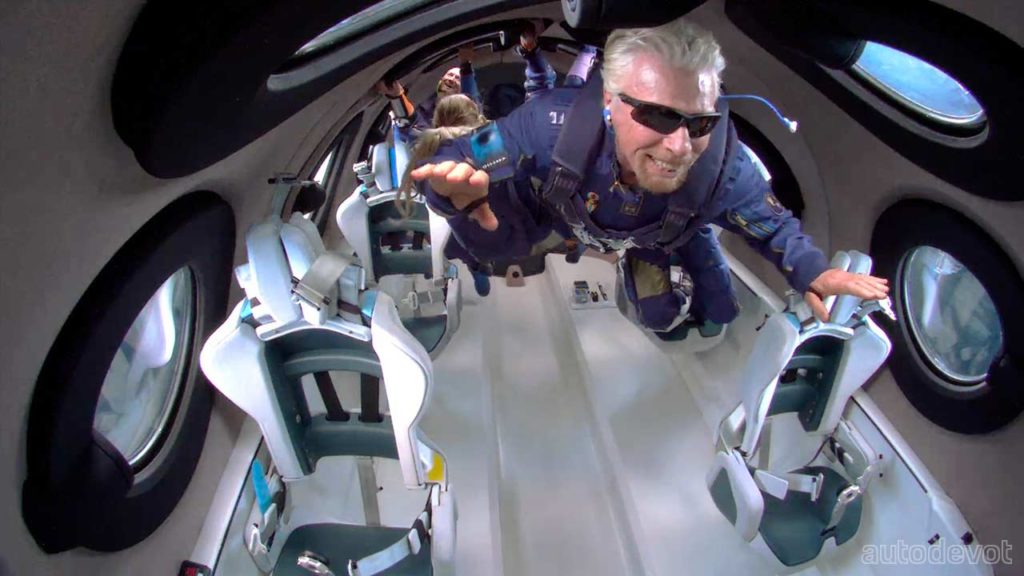 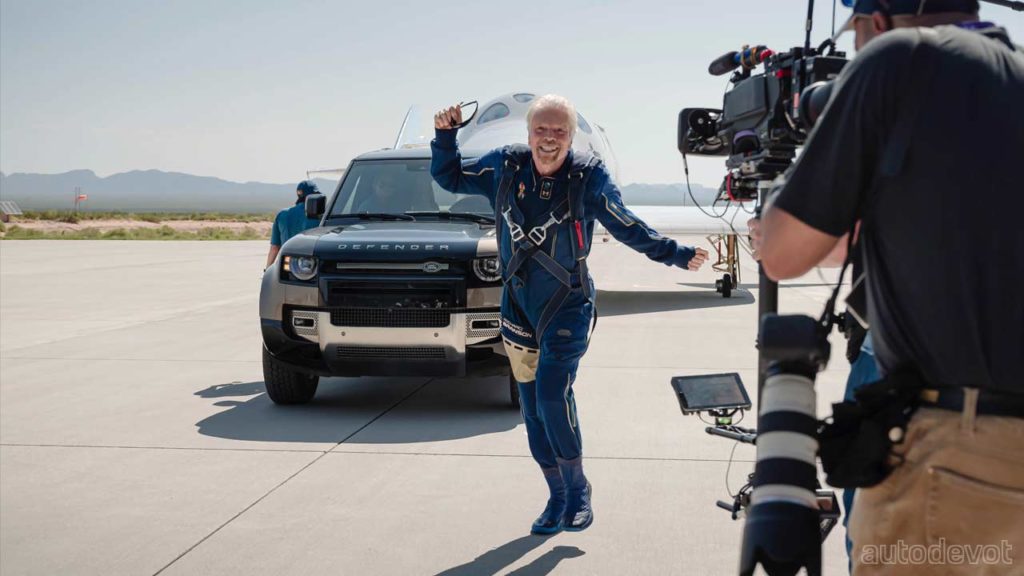 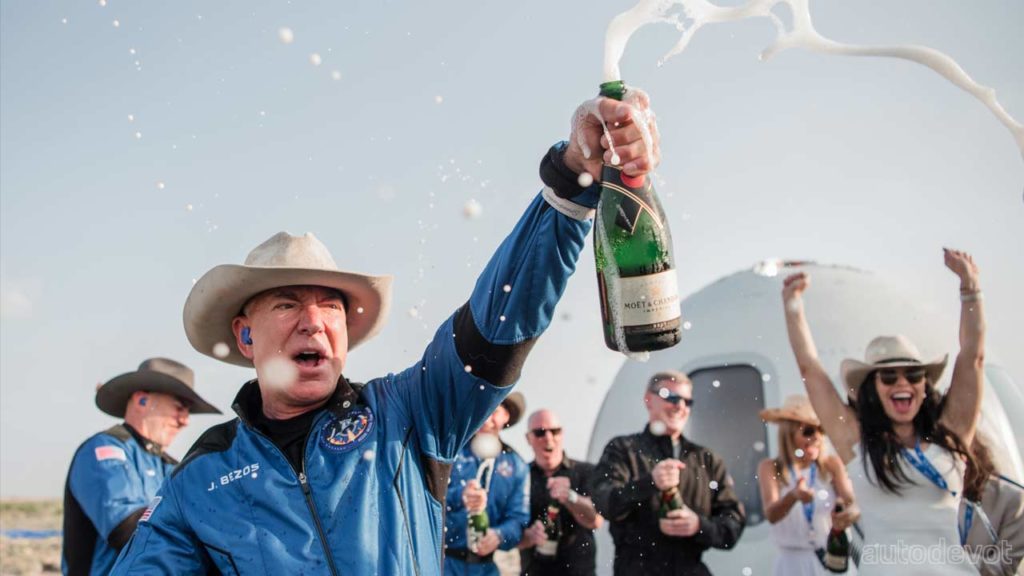 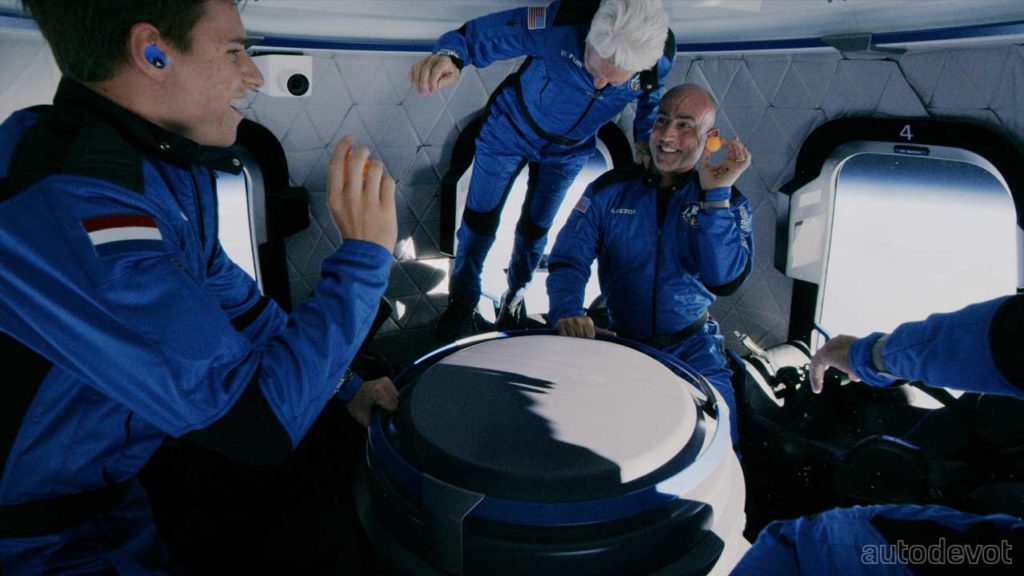 That said, both crews experienced weightlessness for a few minutes as they were falling back towards earth. Remember, the weightlessness is not because of the “lack of gravity”, but because you’re in a free fall. The astronauts in the ISS are always weightless because they are in a constant free-fall around the earth. The weightlessness, also known as microgravity/zero-g, can be simulated in a regular aircraft too. Watch European Space Agency’s experiment here. 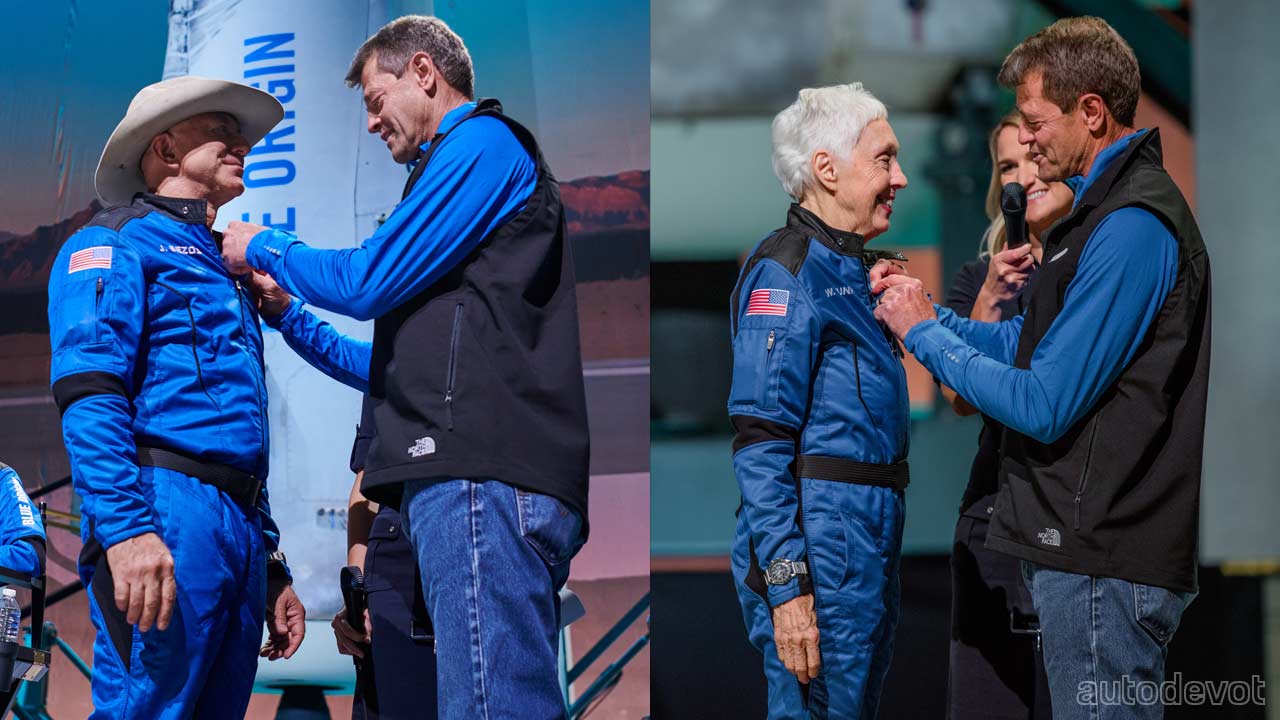 Either way, it’s cool to have a “commercial astronaut” title post landing. Commercial flights are expected to commence next year and both companies are now signing up anybody who is interested in experiencing the ride of their lifetime. Of course, those “anybody” must also have the money to pay for that ticket of their lifetime.