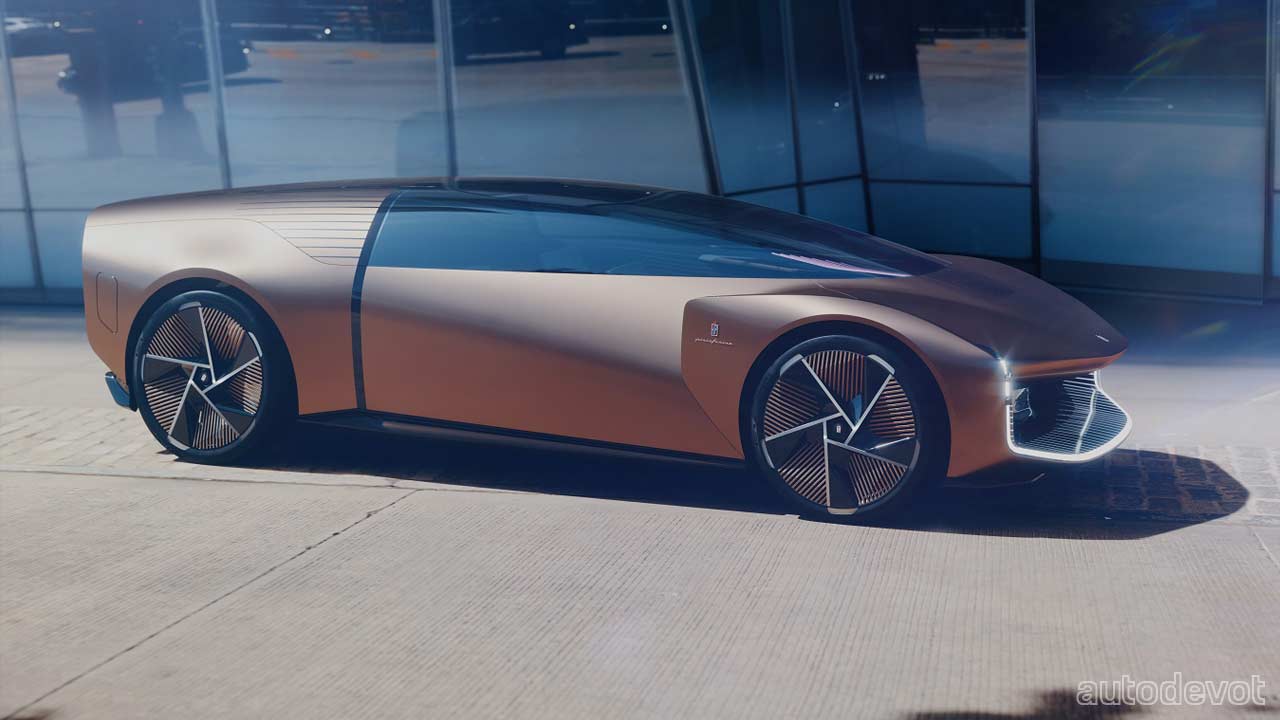 Pininfarina has revealed an interesting new concept named ‘Teorema’, which it claims to have created using VR technologies. Which means the car exists only in virtual reality at the moment, but is Pininfarina’s take on a fully autonomous electric vehicle of the future. As with many such futuristic concepts you might have seen already, Teorema too proposes some cool features which we’ll take a look at in a minute. 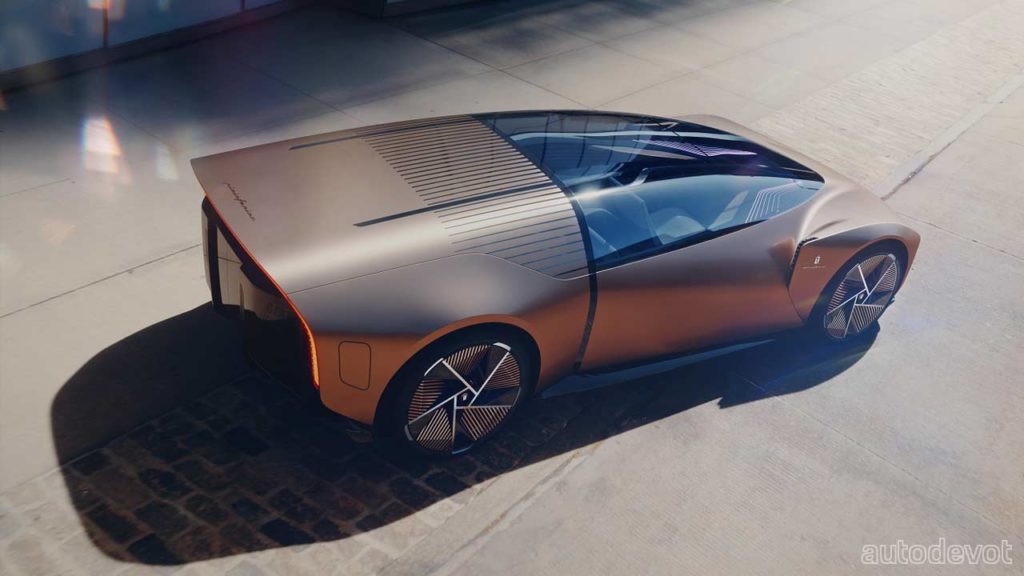 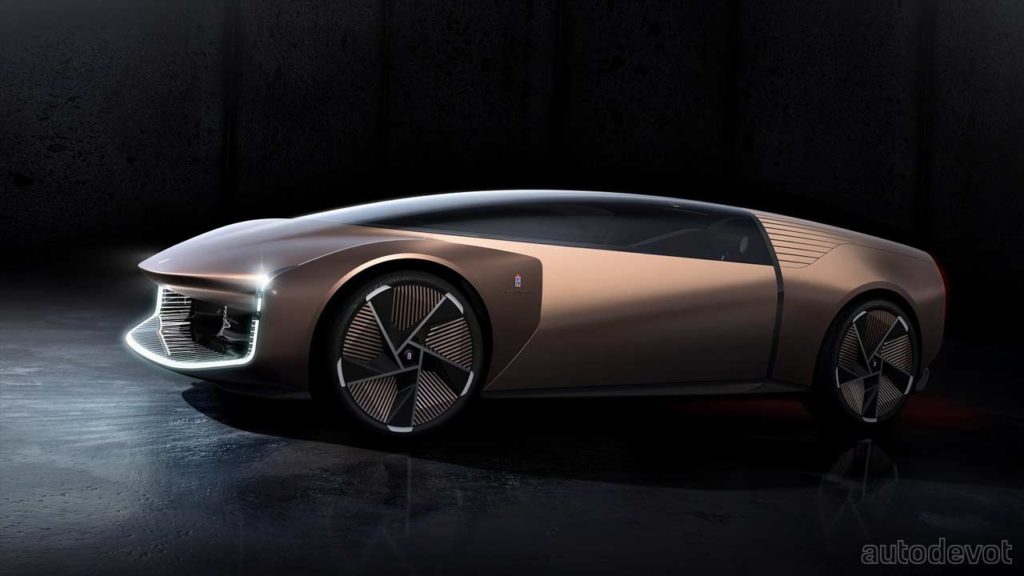 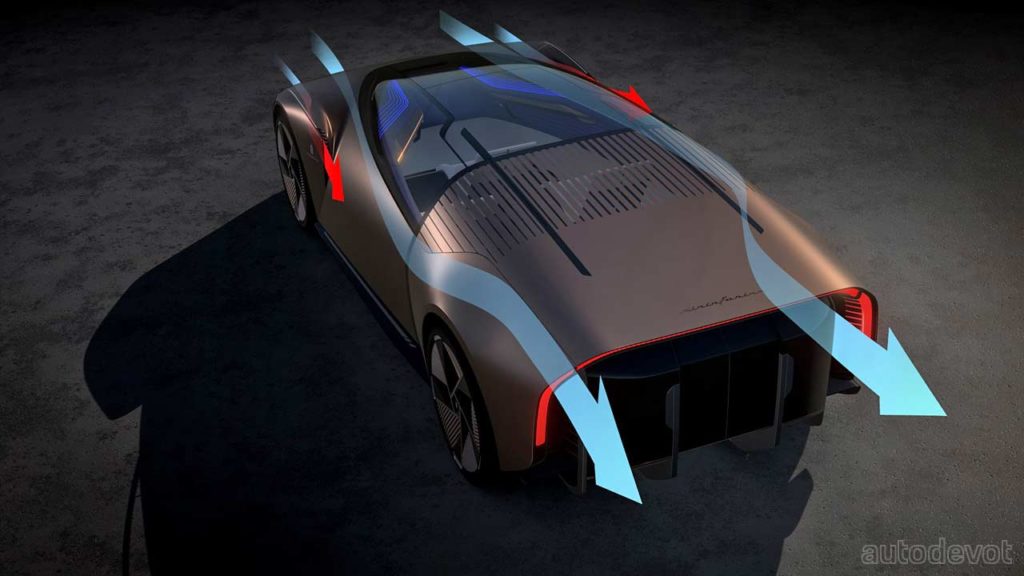 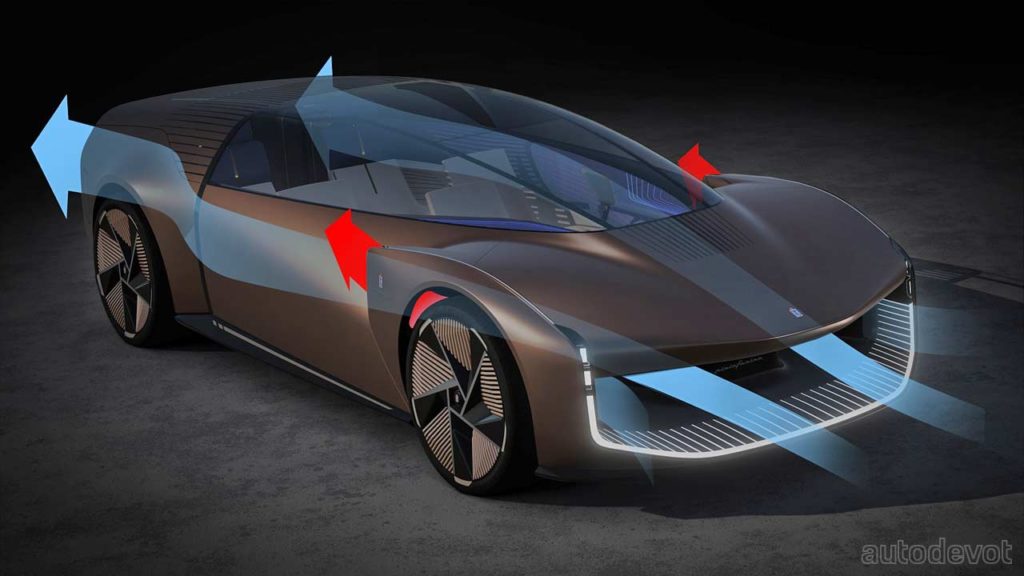 The styling is a collaboration between Pininfarina’s design teams in Cambiano (Italy) and Shanghai. The exterior is clean and fairly self-explanatory; you can easily figure out how the air enters via that large opening at the front and flows through the wheel arches and towards the side of the vehicle and so on. That front opening kinda reminds me of Whale Sharks.

And how do you enter the vehicle? Nope, that glass canopy won’t open. It’s the rear section of the roof that extends upwards and forwards, and the passengers simply have to walk-in. The video above gives you an idea. 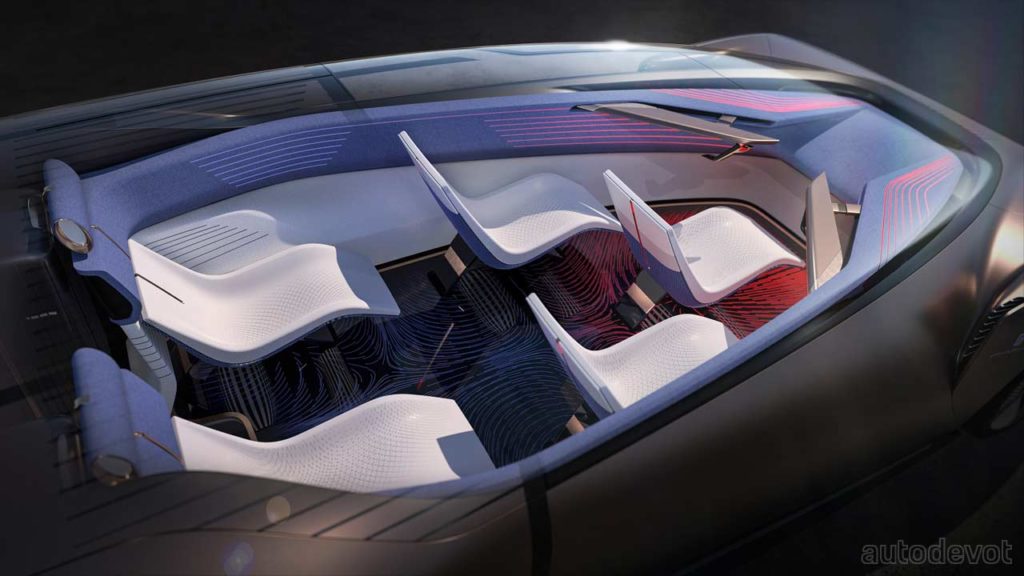 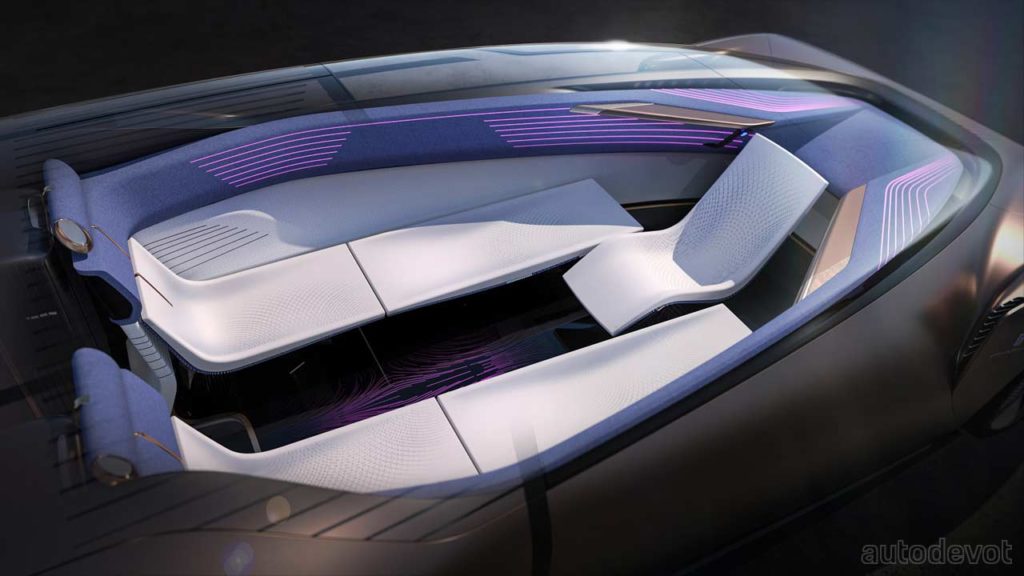 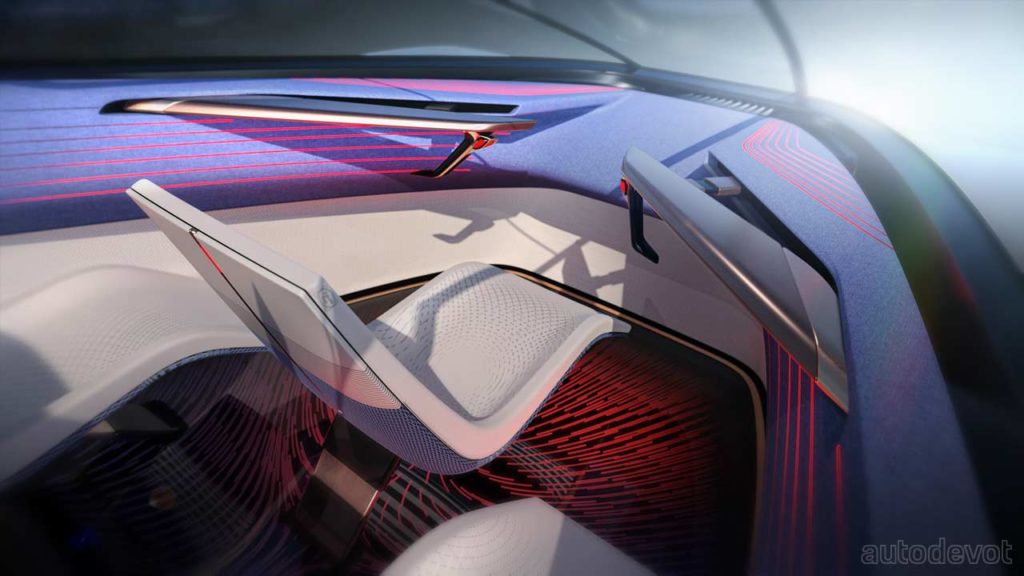 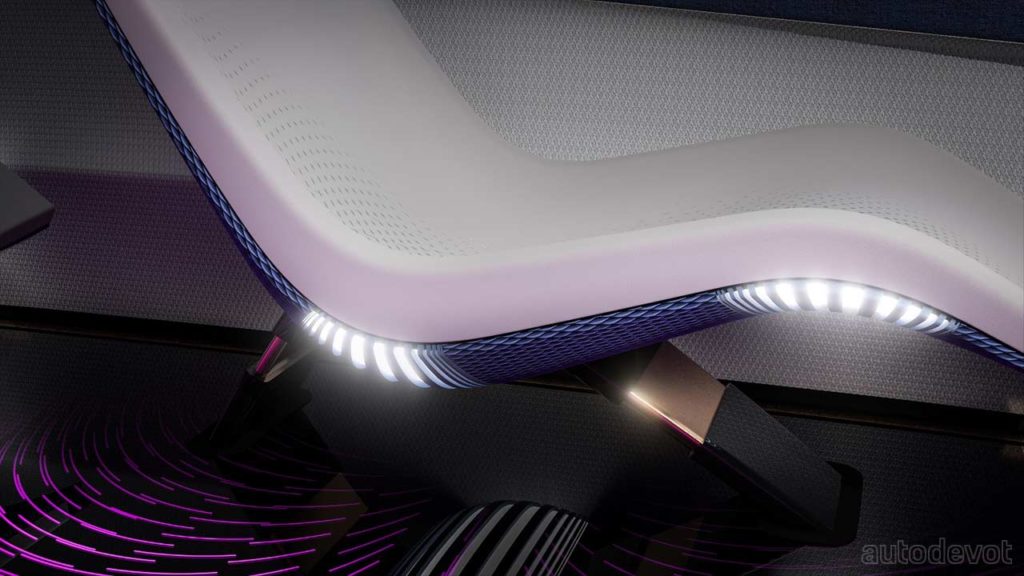 Since the car sits on an electric skateboard chassis (from Benteler) enabling a roomy interior, it inspired the design team to create the interior experience first before developing the exterior. There’s no traditional steering wheel, obviously, but there are some kind of handles with an integrated red button. The middle front seat is probably for the person in charge (?!) of the vehicle. The remaining seats as you can see, are flexible enough to be converted into something like a beach chair. The seats were designed in collaboration with Poltrona Frau.

The surfaces inside have hidden virtual buttons that get activated when the user hovers his/her finger; watch the video above. Also, the glass surfaces display various information such as traffic, places of interest and outside temperature.

Pininfarina has always looked to the future using concept cars as an innovation tool to chart the direction and introduce new visions in terms of usability and technology in the automotive industry. Teorema, in particular, wants to give people back the pleasure of living the car, driving and traveling, without the frustrations of increased congestion and other compromises, all while integrating AI, 5G and the latest technology to drive passengers towards new incredible experiences along the journey. — Kevin Rice, Chief Creative Officer