While it is true that the Citroën C5 Aircross is not selling in the same numbers as the Creta/Seltos or even the Hector, thanks to a rather expensive price tag, the good thing is that Citroën didn’t waste a lot of time in figuring out that it needed to go smaller—both in terms of size and price, if it needs to sustain its business in India. And so, here is the new C3, all set to be launched in the first half of 2022. It’ll be produced in both India and South America. 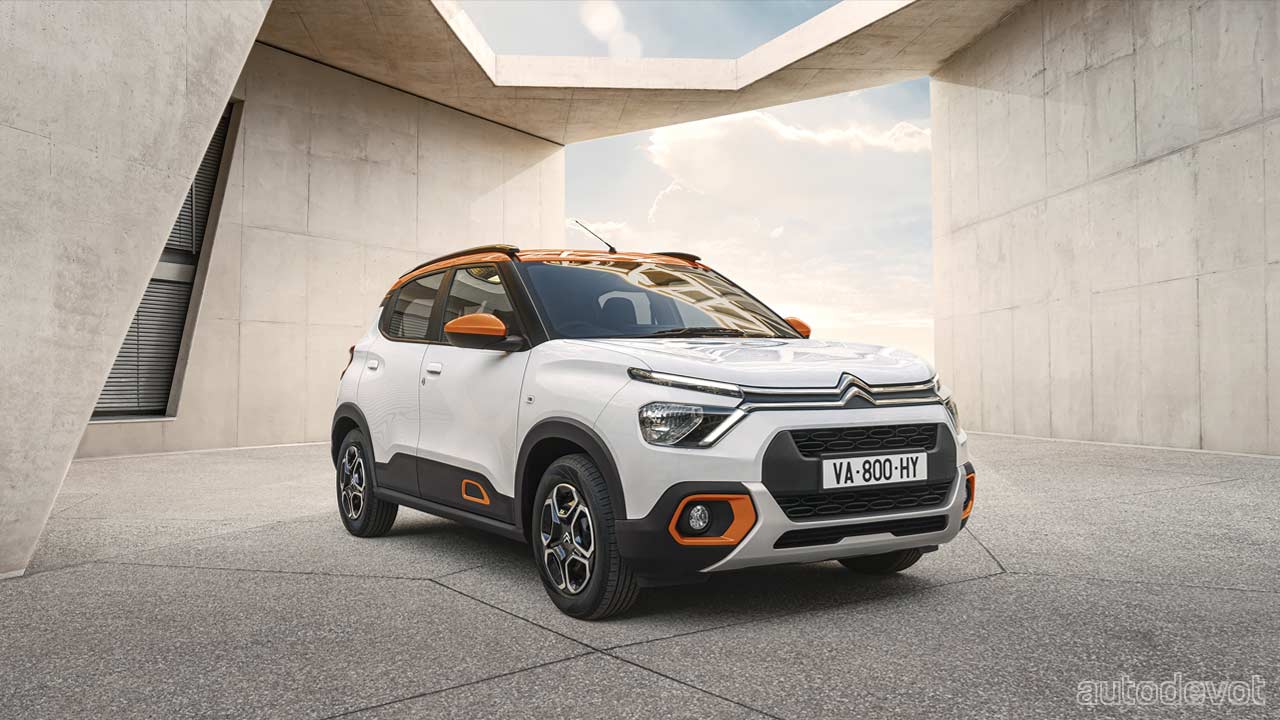 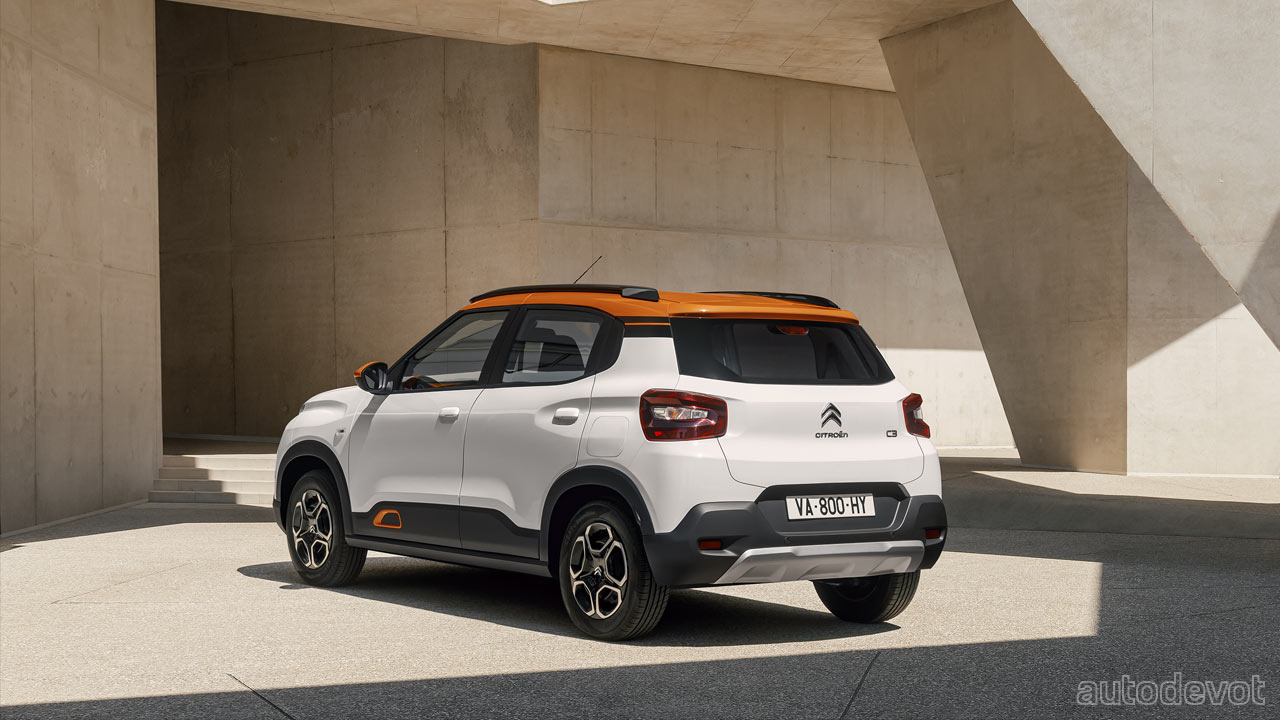 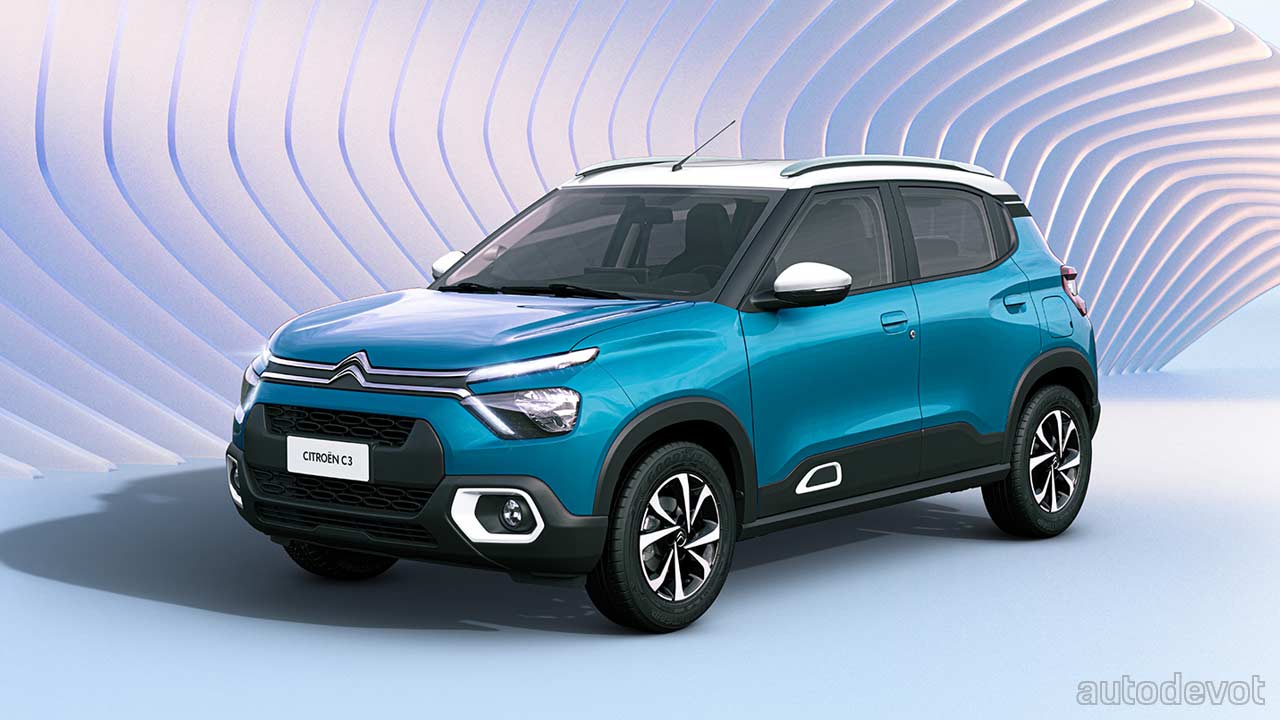 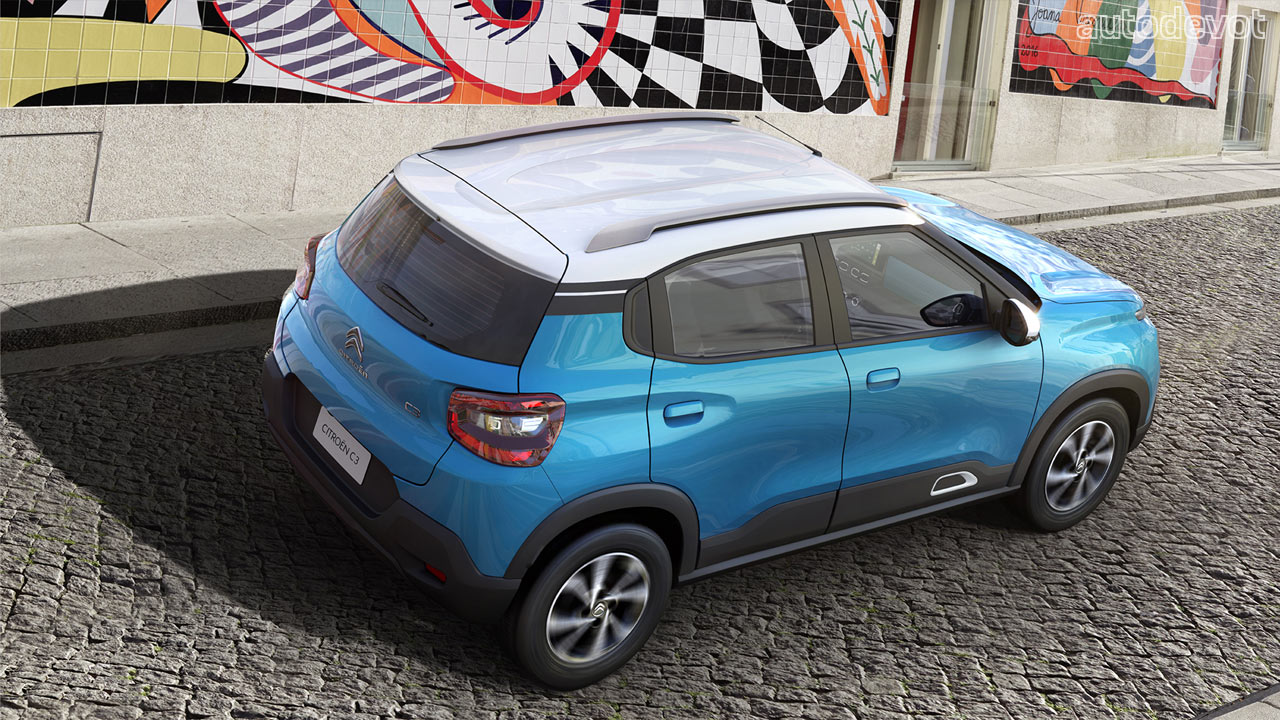 Citroën is not calling this an “SUV”, and I don’t think we should either. However, the company doesn’t mind drawing inspiration from SUVs, just like how Renault did with the Kwid and subsequently with the Kiger as well. We’re not entirely sure if this India-spec C3 is related to the European C3, but the former certainly looks like a low-cost, budget version. According to Vincent Cobée, Citroën CEO, “this new C3 differs from the European version as its design has been inspired by and for the countries in question”. 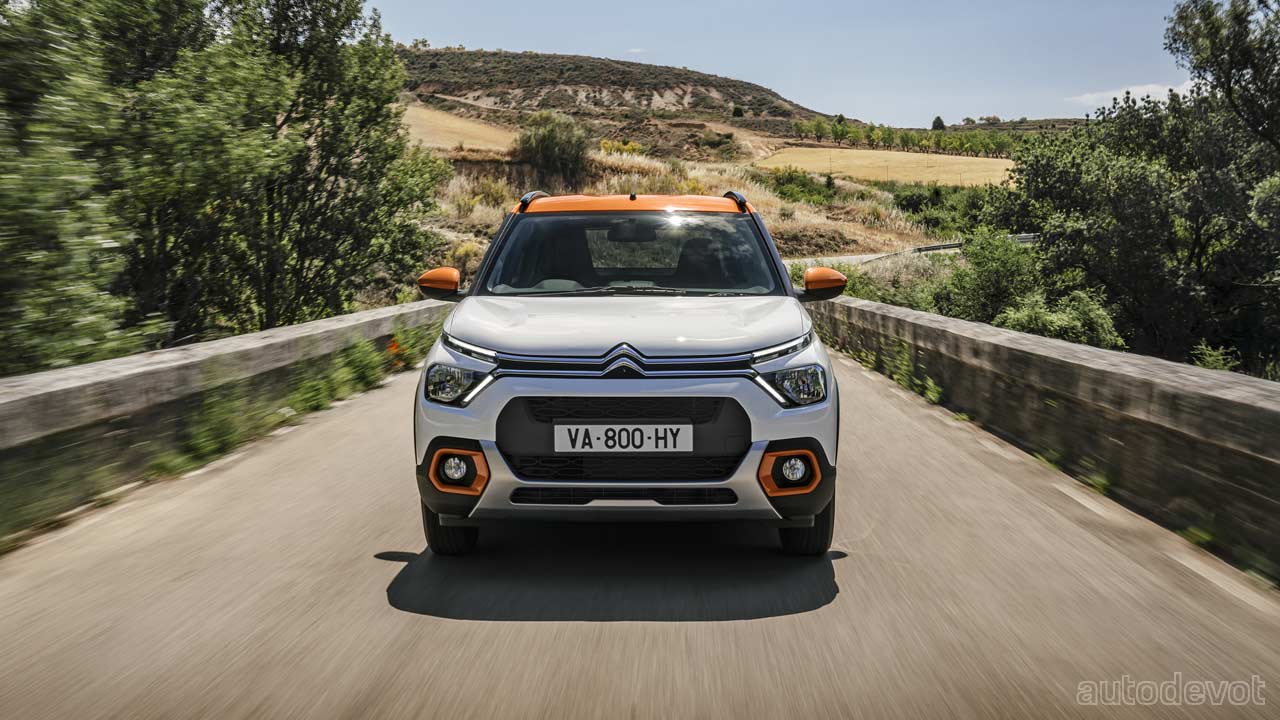 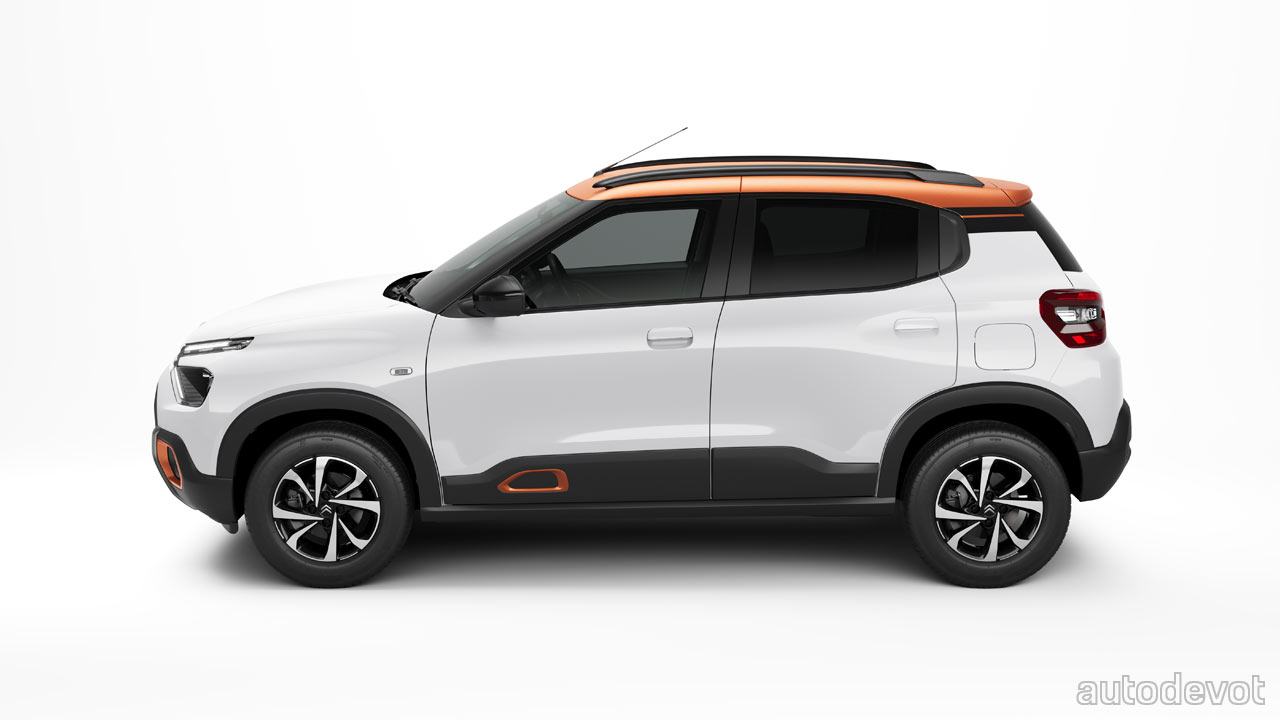 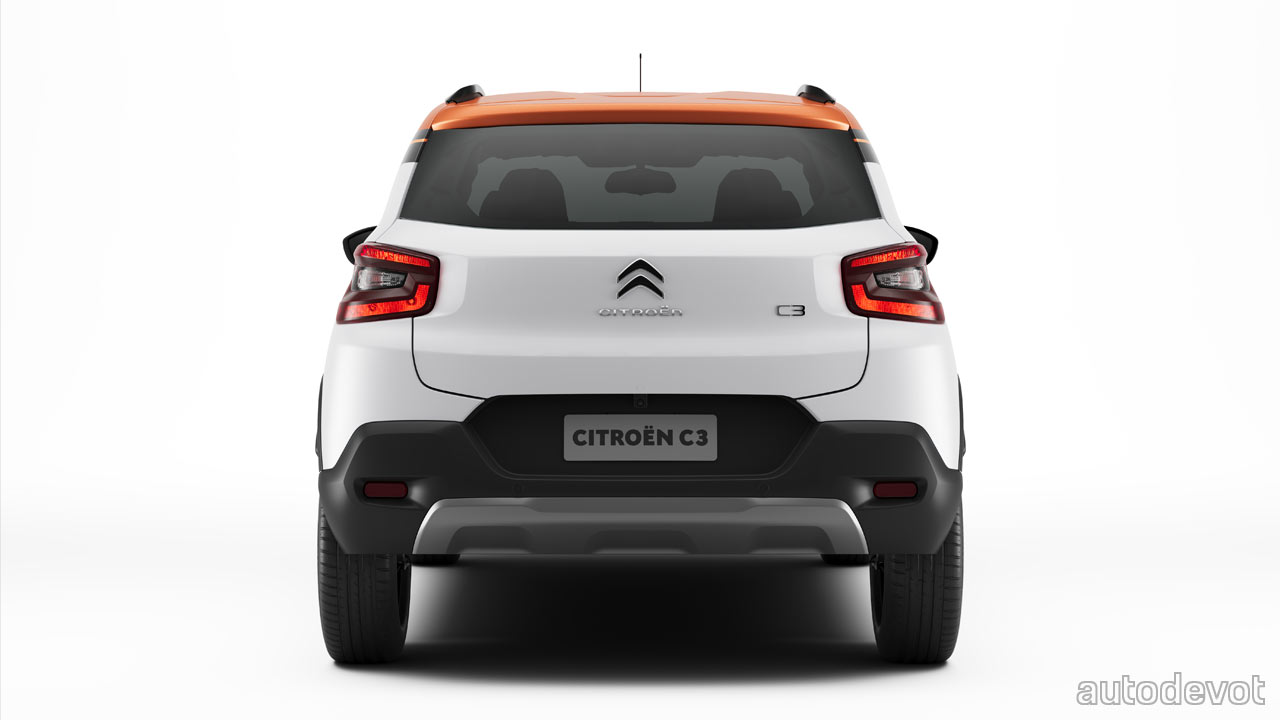 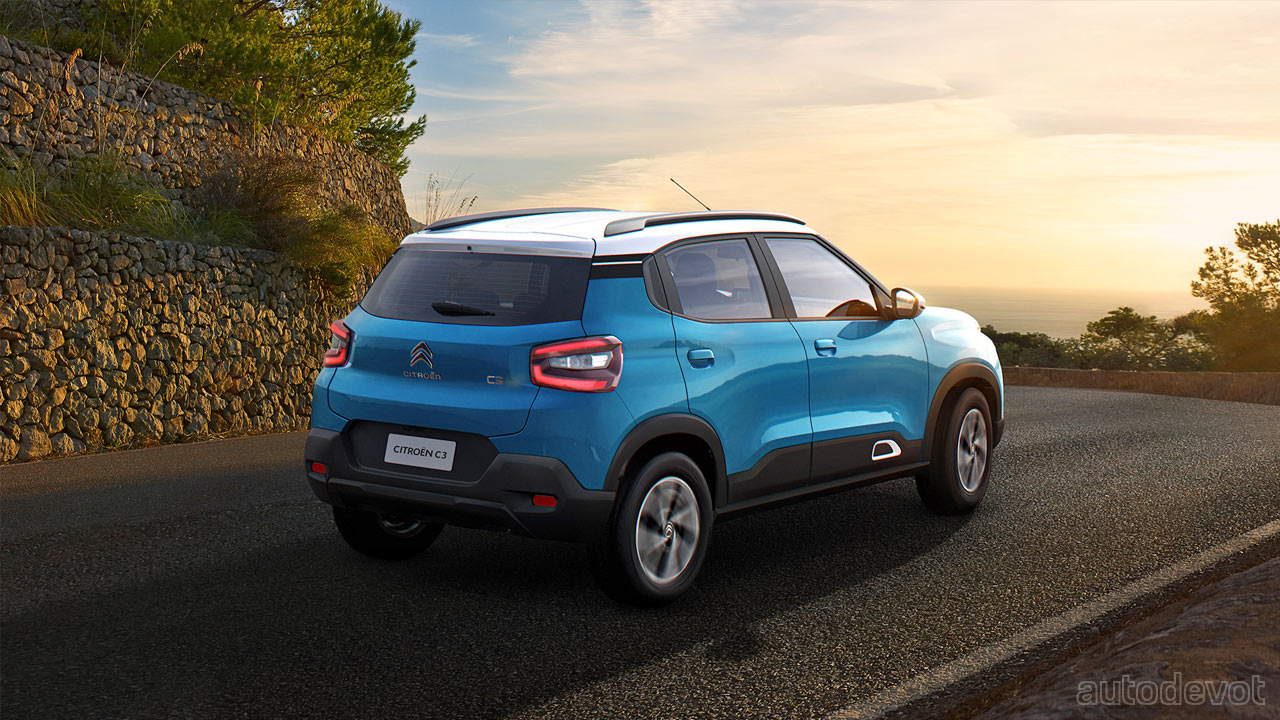 The front fascia borrows its styling from the latest Citroën models such as the C4 and the C5 X. While the side profile looks like a shrunken version of the C5 Aircross, it’s the rear-end that shows its true hatchback side. Overall, the design will surely appeal to the target audience. And for those who’re wondering, the ground clearance is at 180 mm. 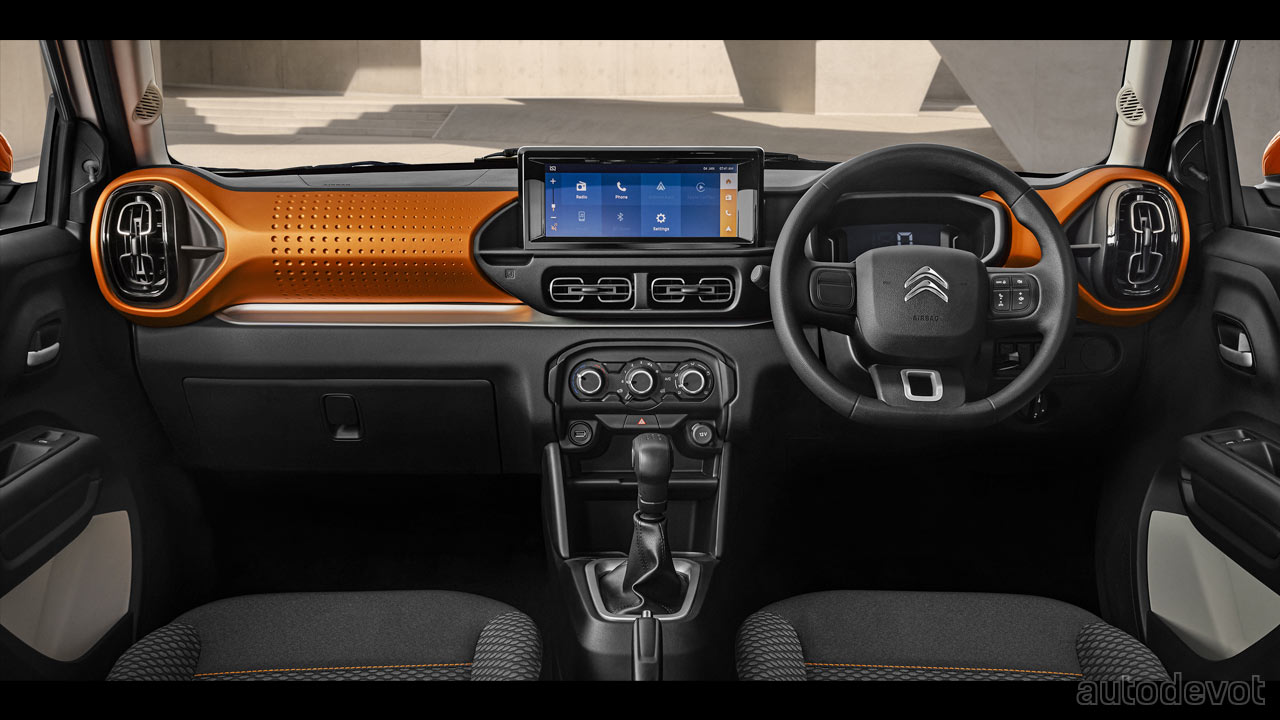 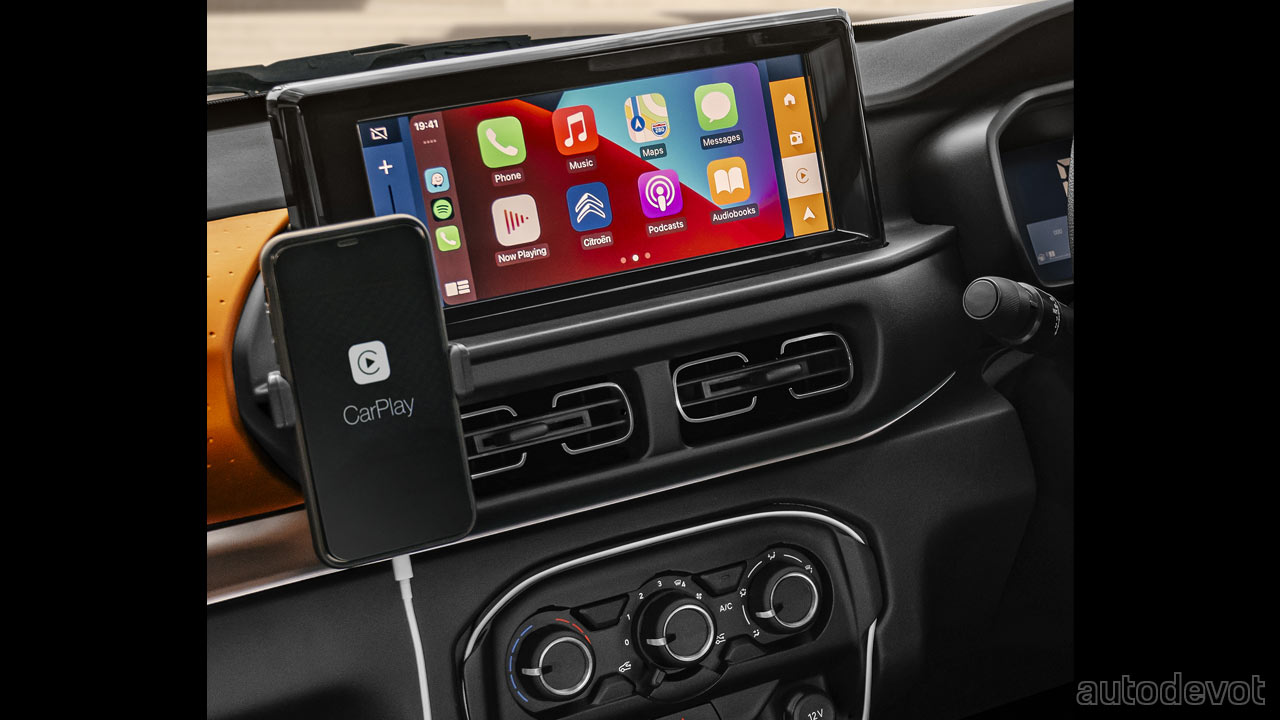 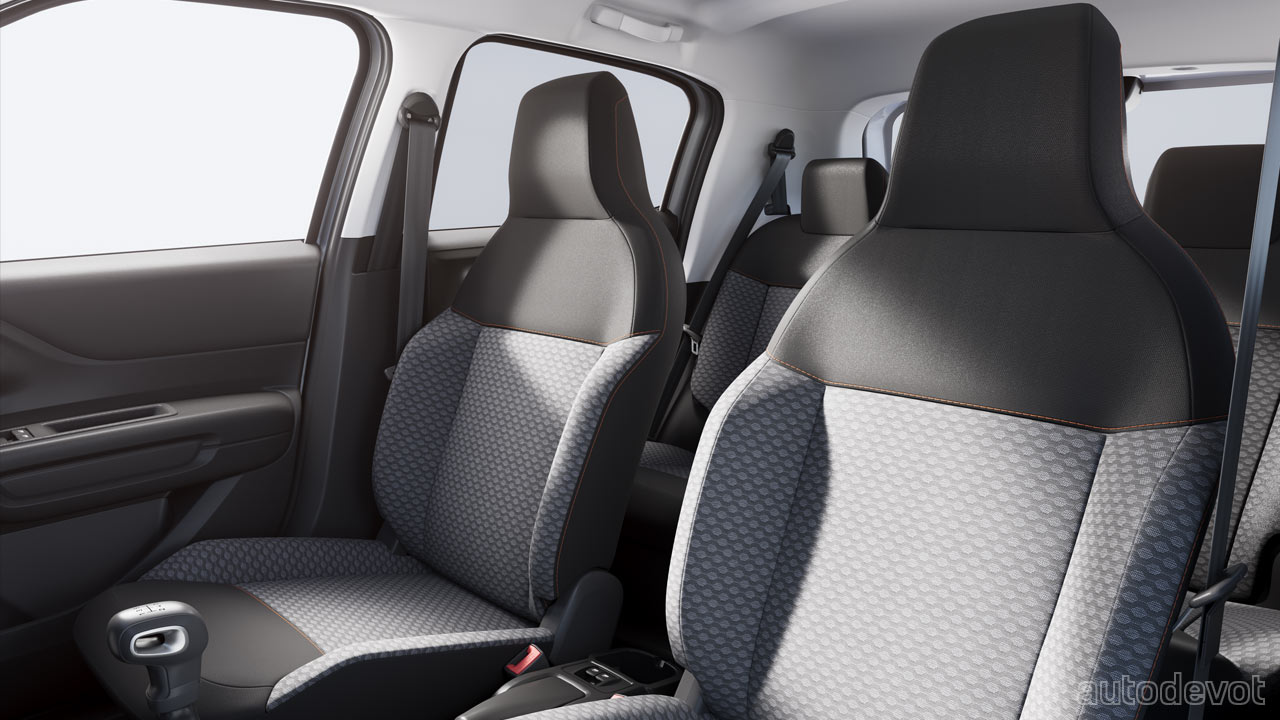 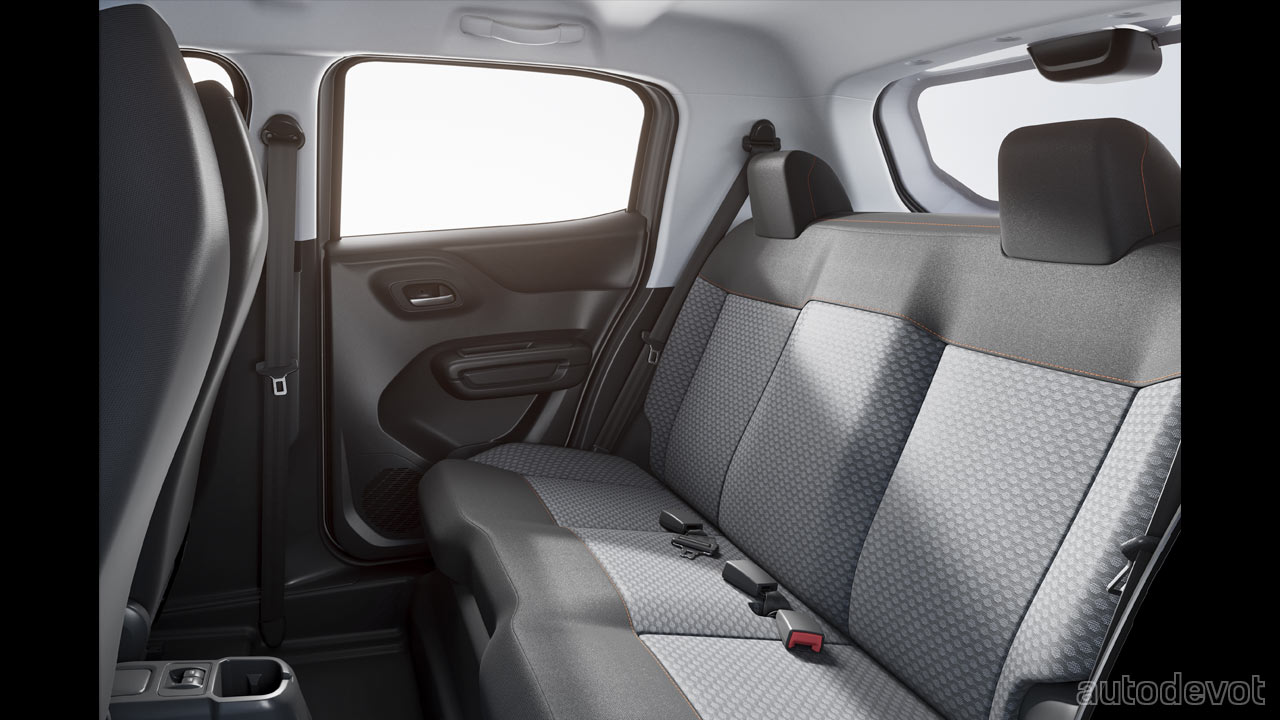 Inside, the dashboard design is pretty chic too, and is significantly different compared to that of the European C3. The contrasting paint on the exterior lends a nice contrast to the interior too. And thanks to a wheelbase of 2.54 metres, the C3 claims the largest rear legroom in the segment at 653 mm. Other features include a 10-inch touchscreen—claimed to be the largest in the segment, smartphone connectivity, a driver display, USB sockets (one at the front and two at the rear), a 12-volt socket, and a generous number of storage compartments. Speaking of storage, the C3 claims a boot capacity of 315 litres. 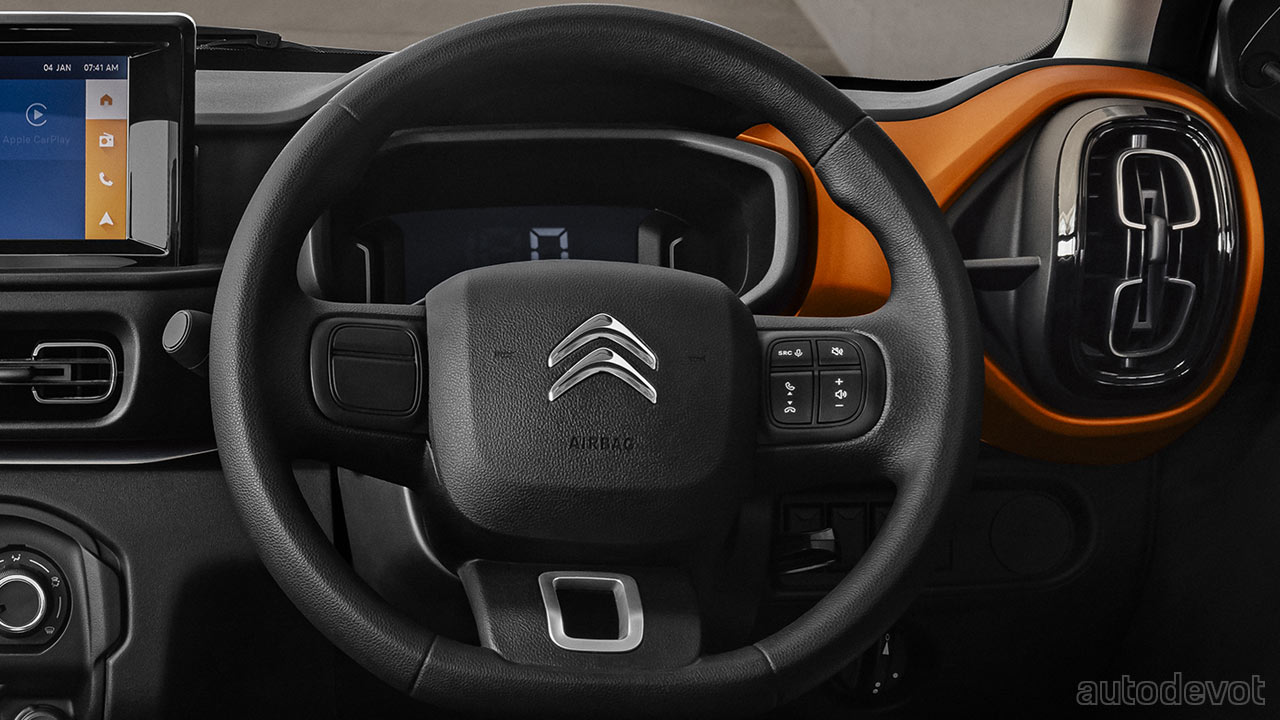 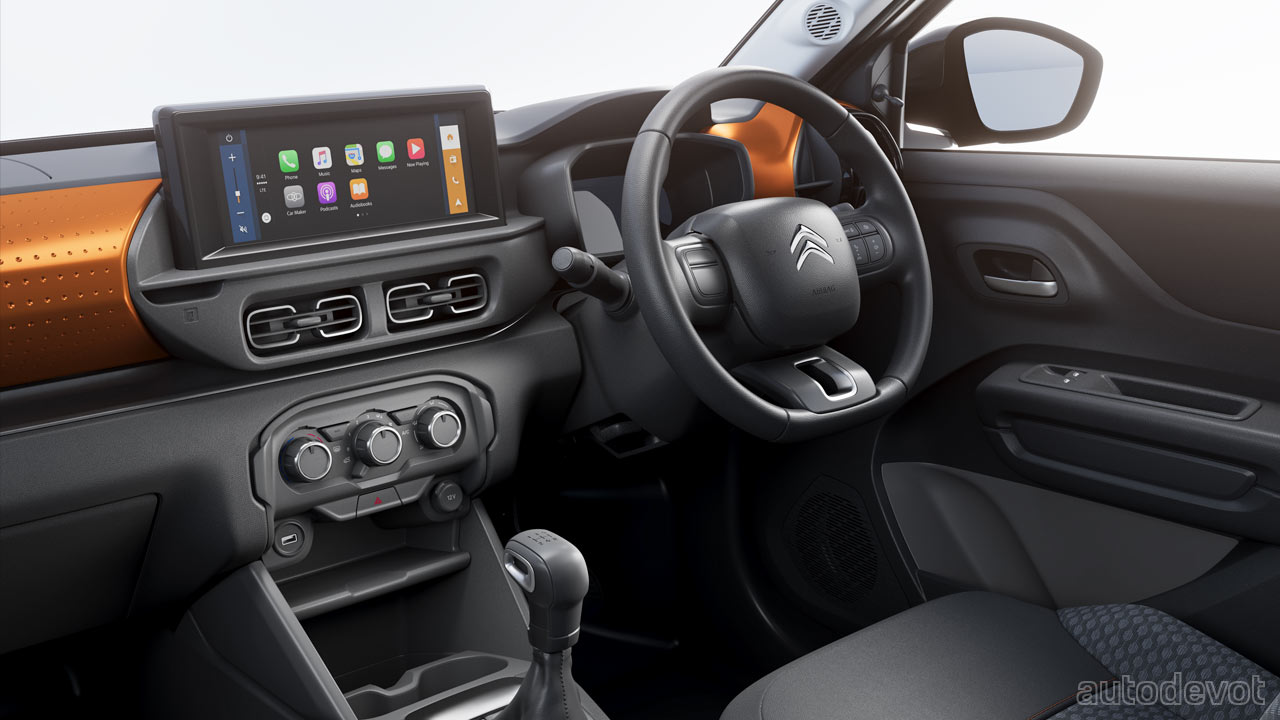 It appears that Citroën forgot to share the information on the safety equipment, but you can expect two front airbags, ABS with EBD, seat belt reminder, and those sort of basic things. 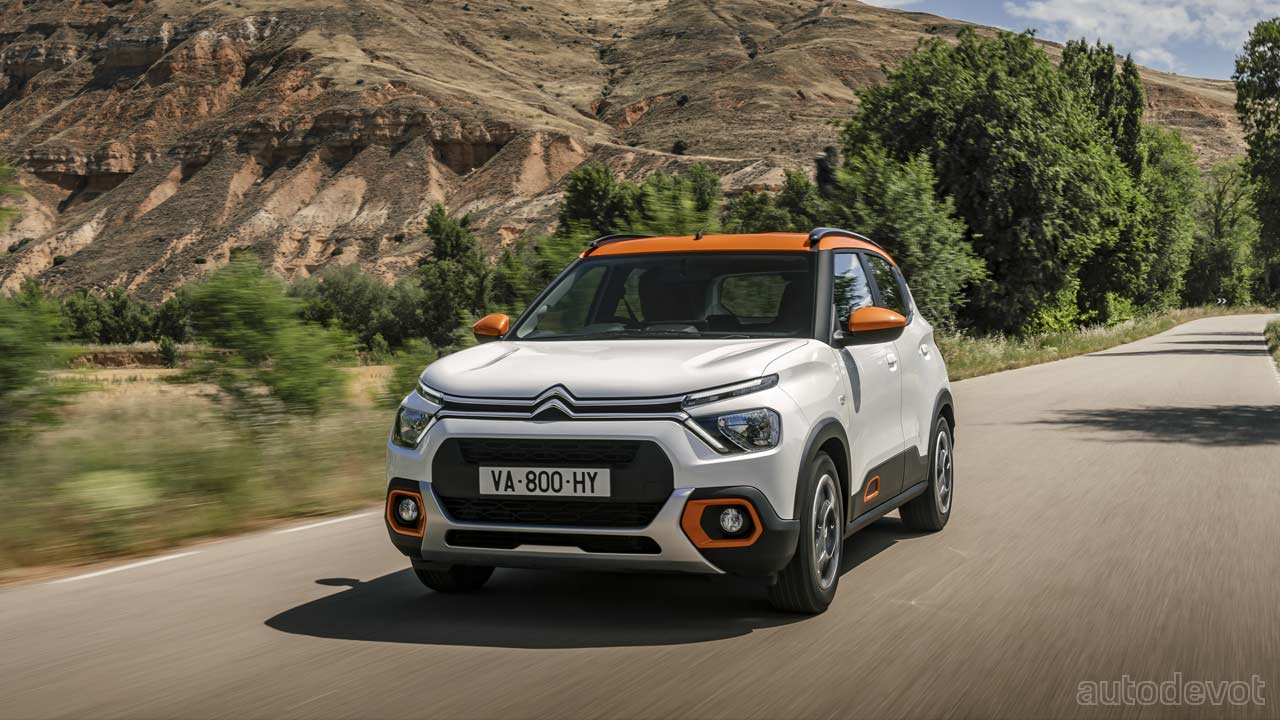 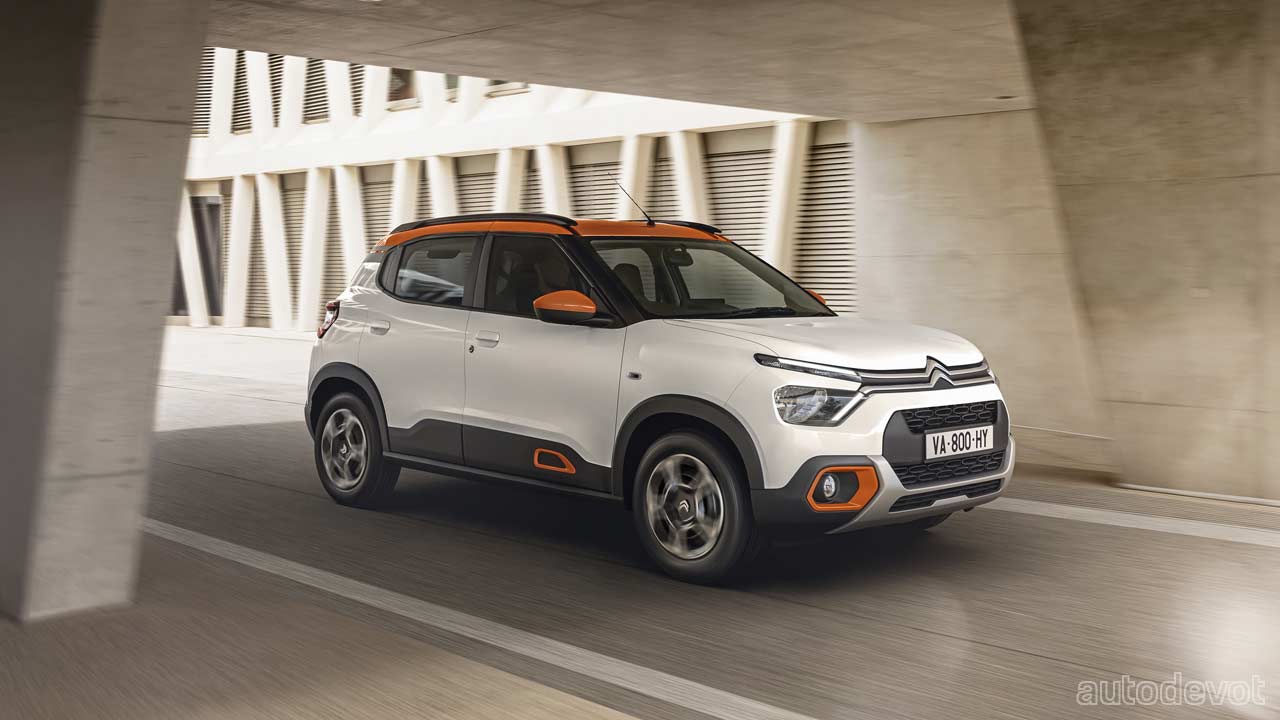 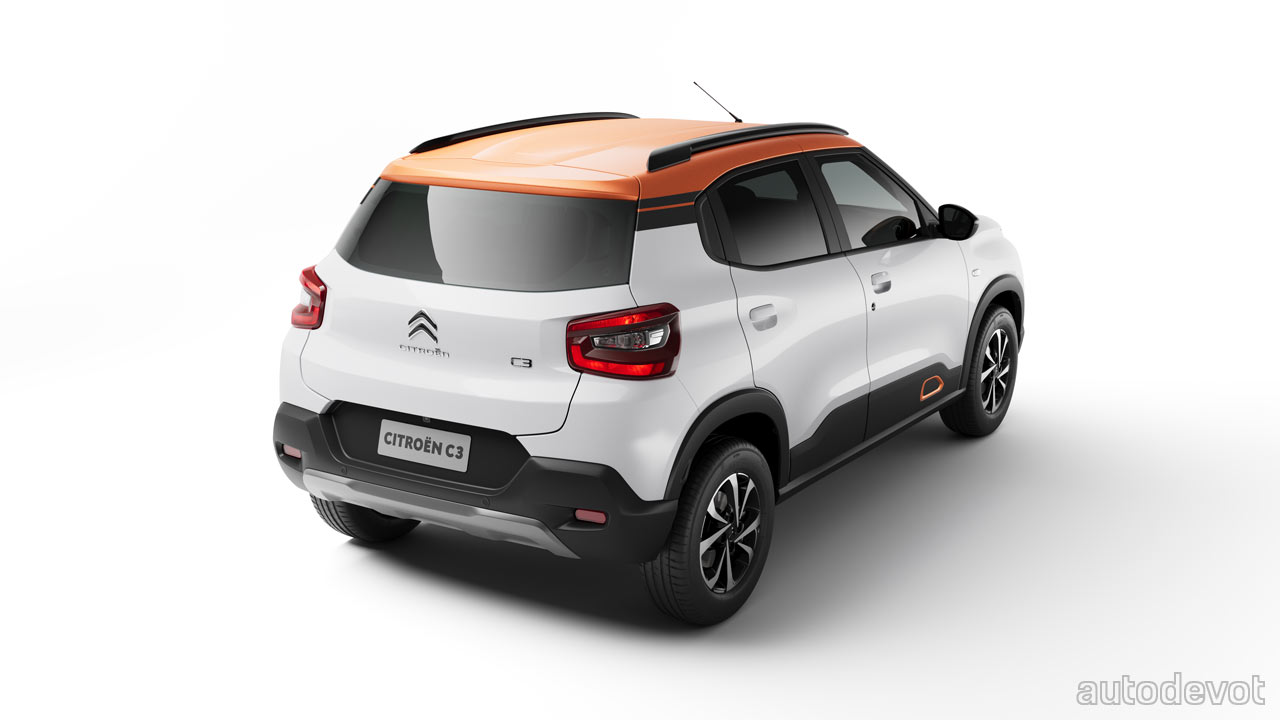 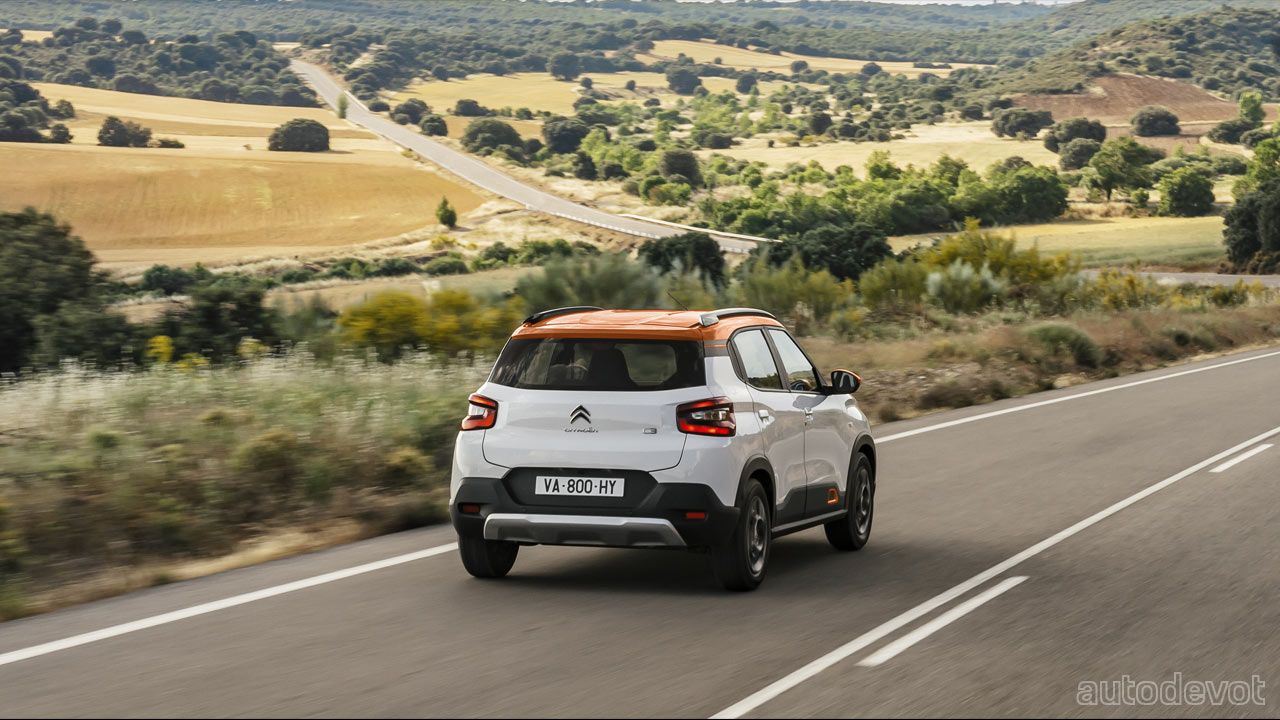 Moving on to the juicy bits of the story then, well, Citroën said that it’ll share the details at a later date. However, you can expect a 1.2L 3-cylinder petrol engine in naturally aspirated and turbocharged guises. The photos confirm a 5-speed manual gearbox, but you can expect an automatic as well.