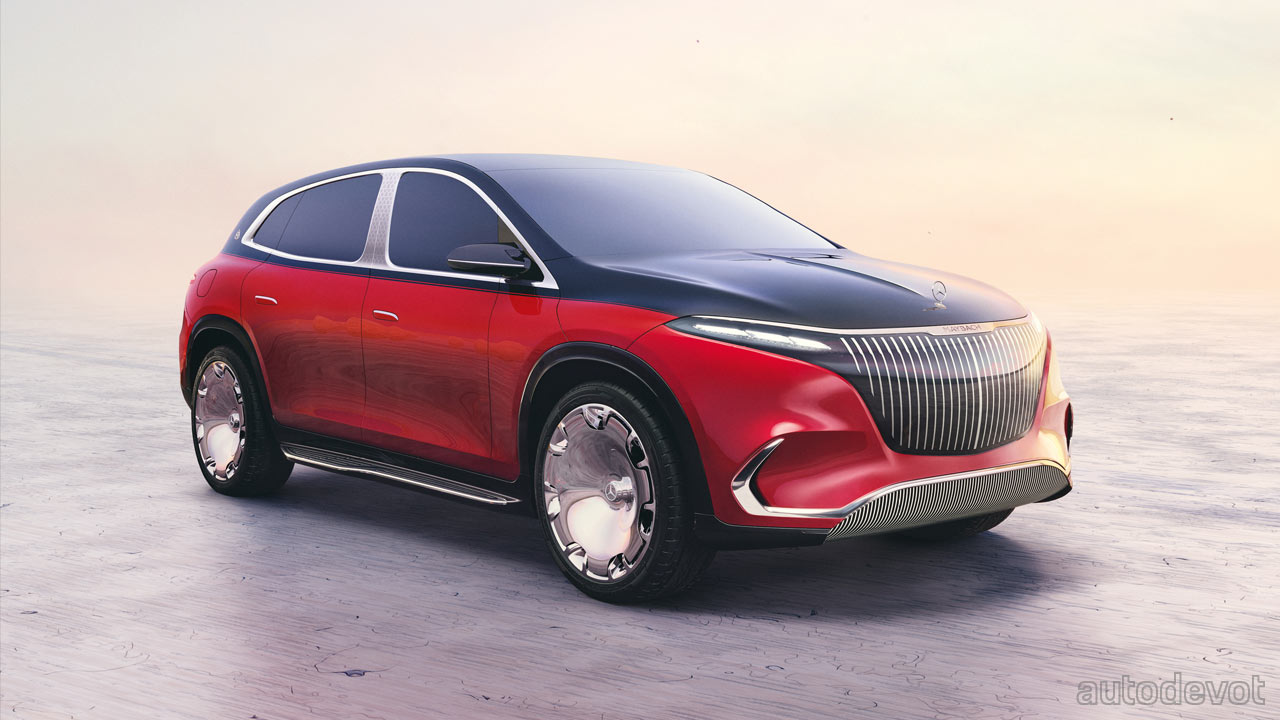 Next to the Concept EQG at the IAA 2021 was the Maybach EQS SUV concept, which appears to be an all-electric equivalent to the Maybach GLS. Since the ‘EQG’ nameplate was assigned to an all-electric G-Class, the GLS version probably had to resort to (re)using the ‘EQS’. It’s kinda weird when you think about it, the EQS in the future will be available in both luxury saloon and crossover/SUV bodystyles. But hey, things will get a lot weirder moving forward and this is just the beginning. 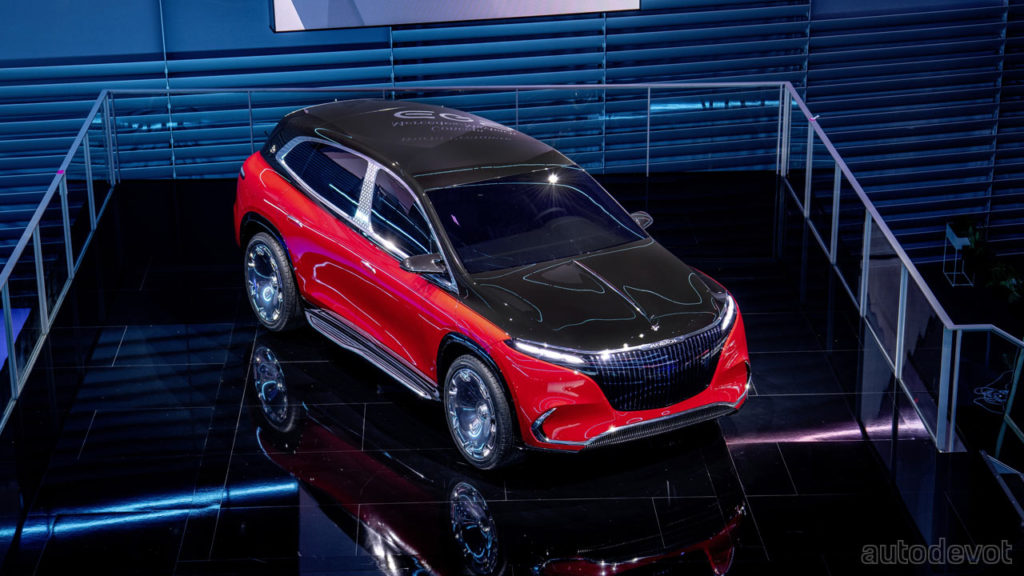 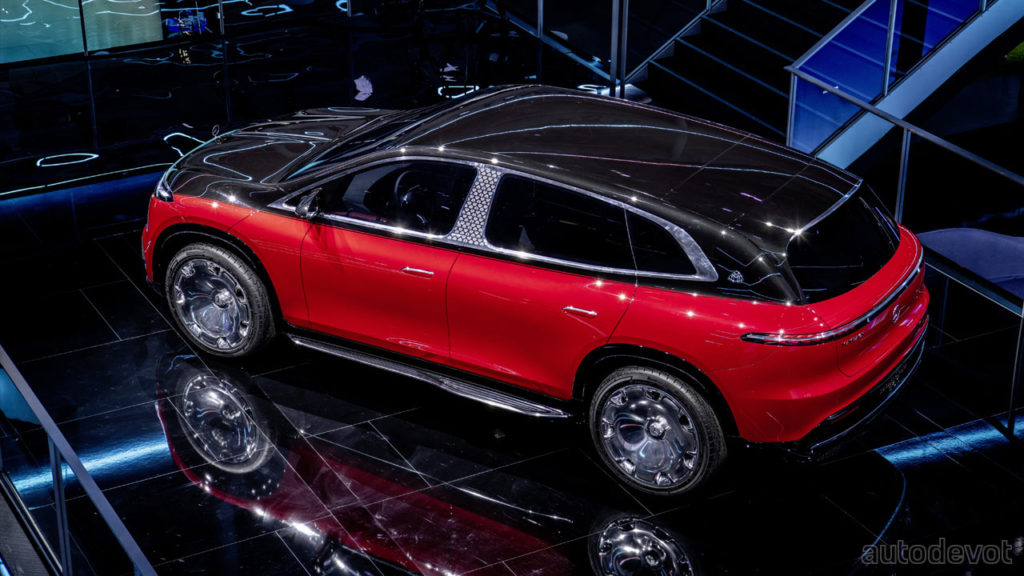 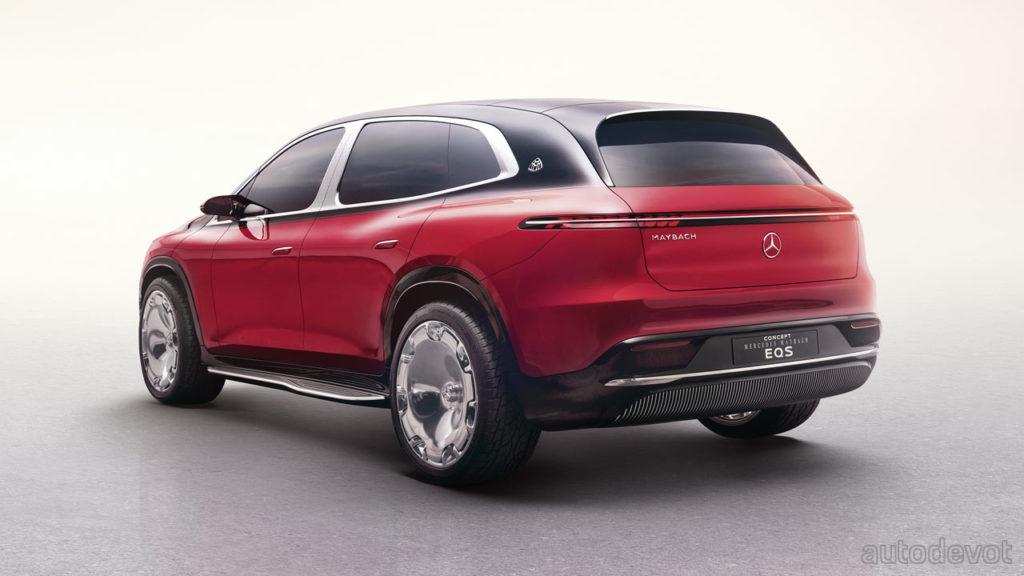 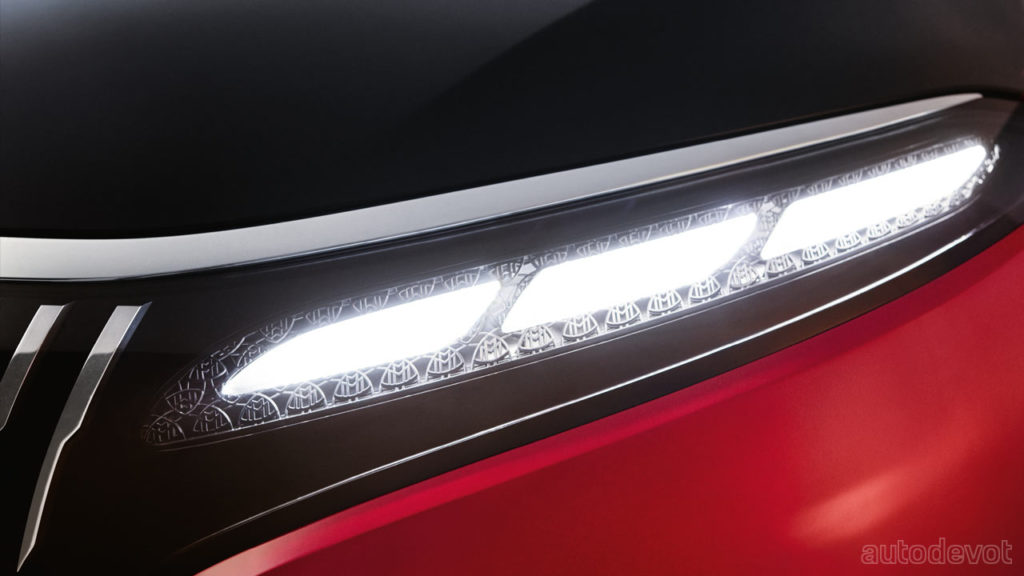 The Maybach EQS SUV concept might remind you of the Vision Mercedes-Maybach Ultimate Luxury—a precursor to the aforementioned Maybach GLS. But personally, I think the Ultimate Luxury looked a lot better than this weird contraption. The front fascia has a gigantic, EQ-typical black panel with vertical Maybach-typical pinstripes. Notice the Maybach mesh pattern in the headlight housing. A similar pattern can also be found on the B-pillar chrome lining, and at the rear, notice the pinstripes on the lower part of the bumper. Unlike the Ultimate Luxury concept, this one is finished in obsidian black metallic and zircon red metallic two-tone paint. The SUV rides on gigantic 24-inch light-alloy wheels in a Maybach-typical “bowl” design. 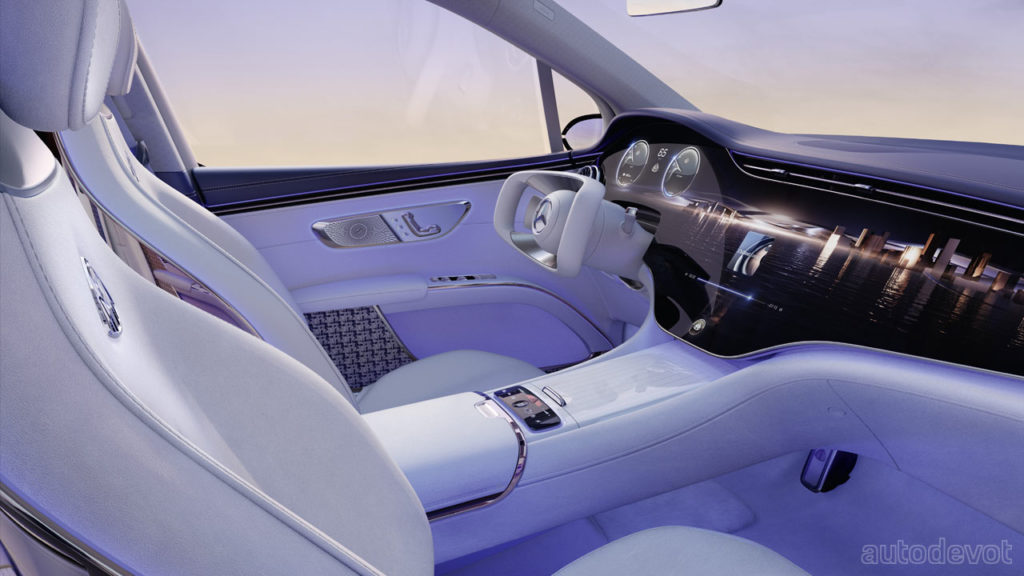 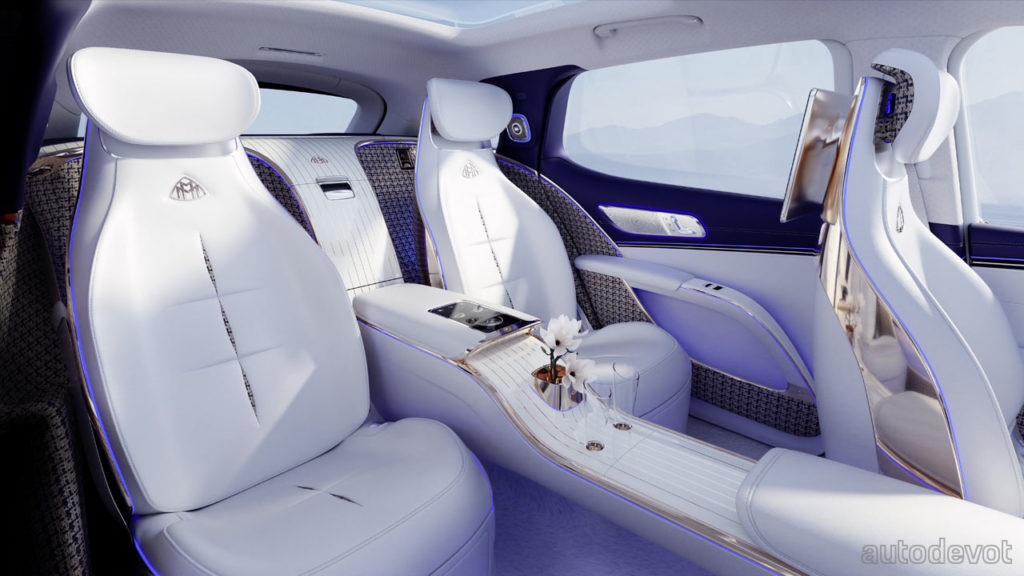 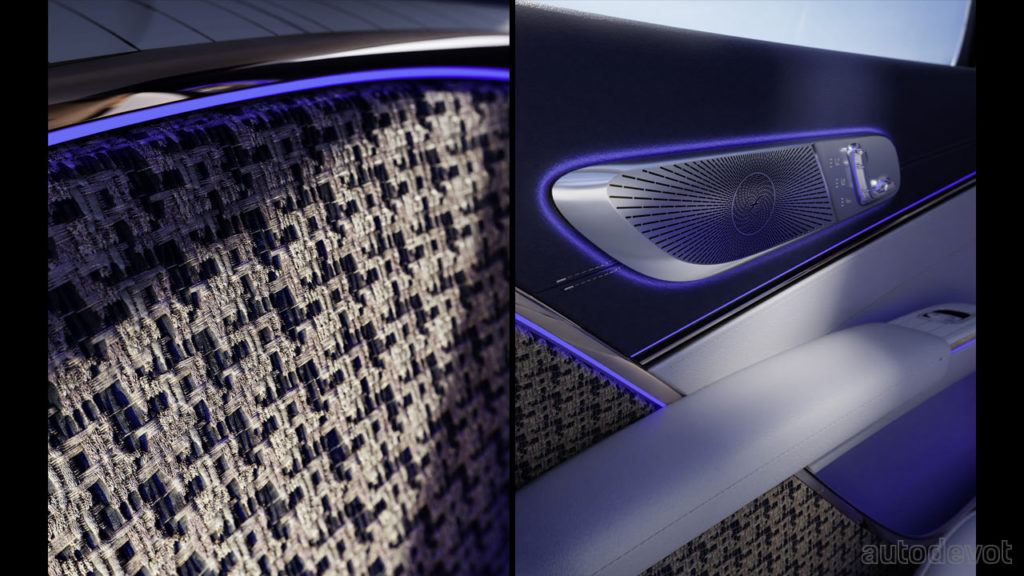 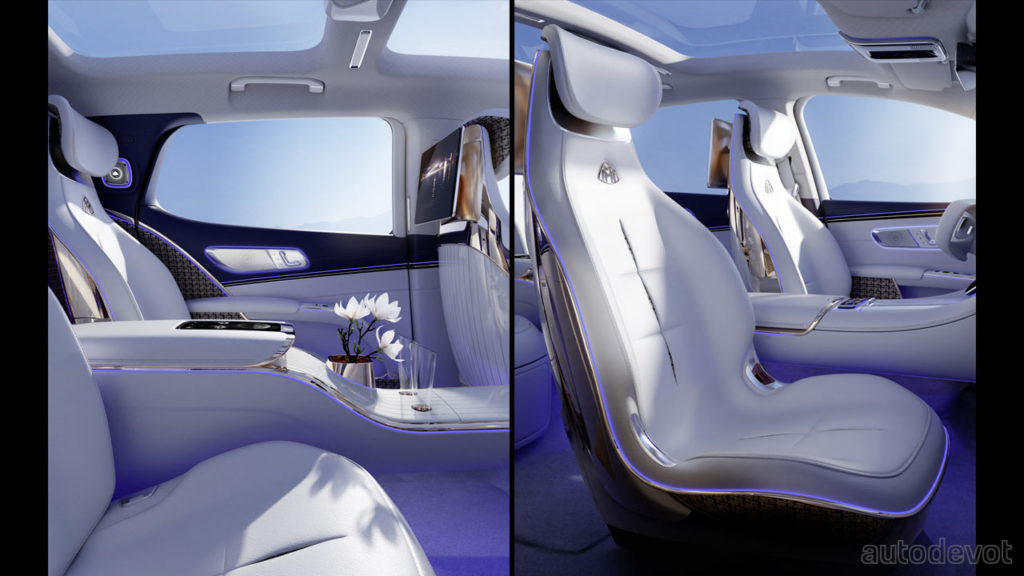 The white and rosé gold-themed cabin features first-class individual seats and a high-end rear-seat entertainment system for the rear occupants. Unlike in the Ultimate Luxury concept, there’s no tea service here in the centre console, however, there’s a flower vase so that you can drink some natural fragrance instead. That said, there’s a storage space underneath, that can also store a box of champagne goblets. An interesting textile around the rear seat area adds the necessary contrast to an otherwise monotone-ish cabin. The front section features the MBUX Hyperscreen borrowed from the saloon version. 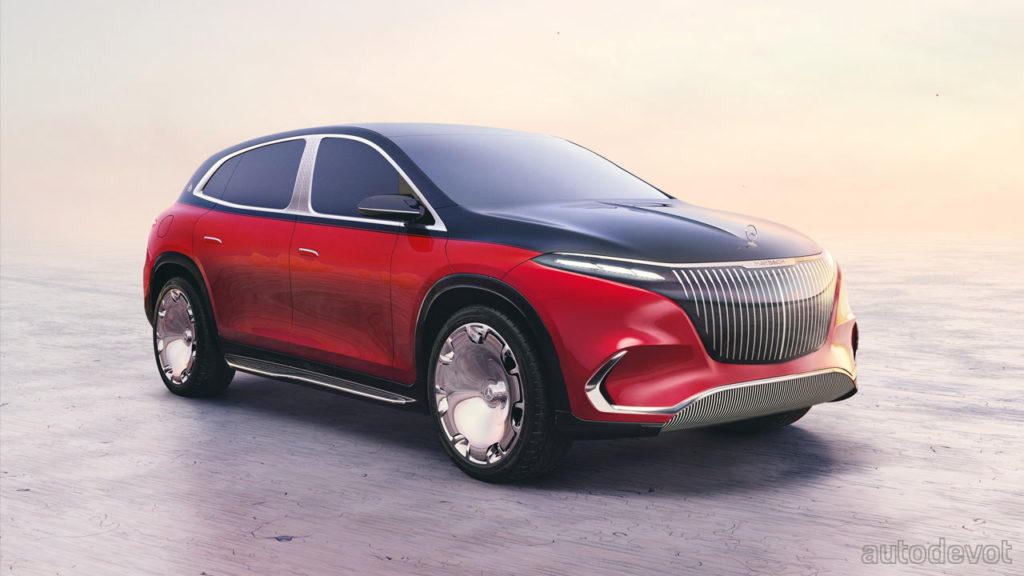 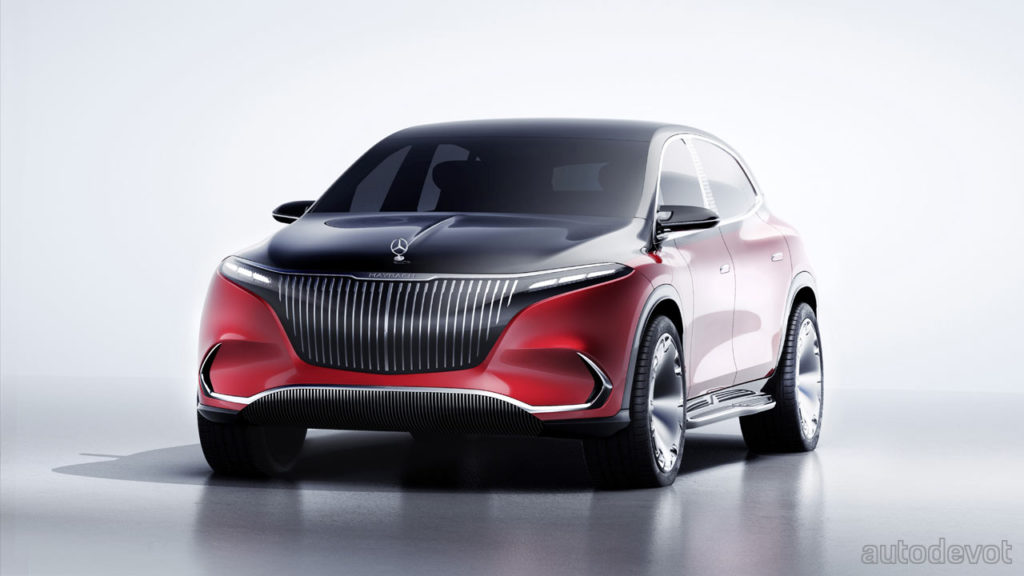 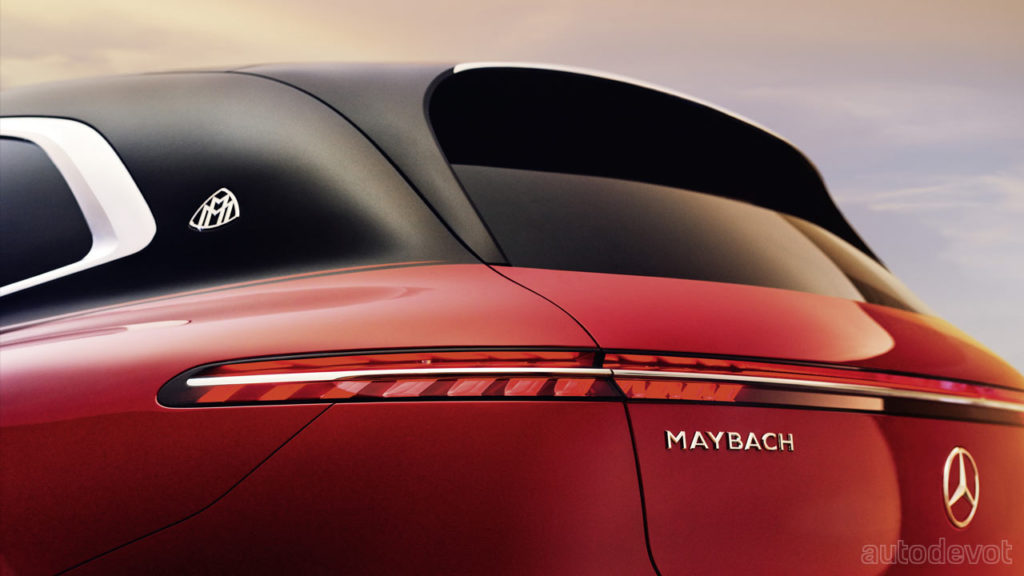 Technical details are not yet available, obviously, but Mercedes is targeting a WLTP range of up to 600 km (373 mi). The company also said that a non-Maybach EQS SUV will go into series production in 2022, followed by a Maybach version.