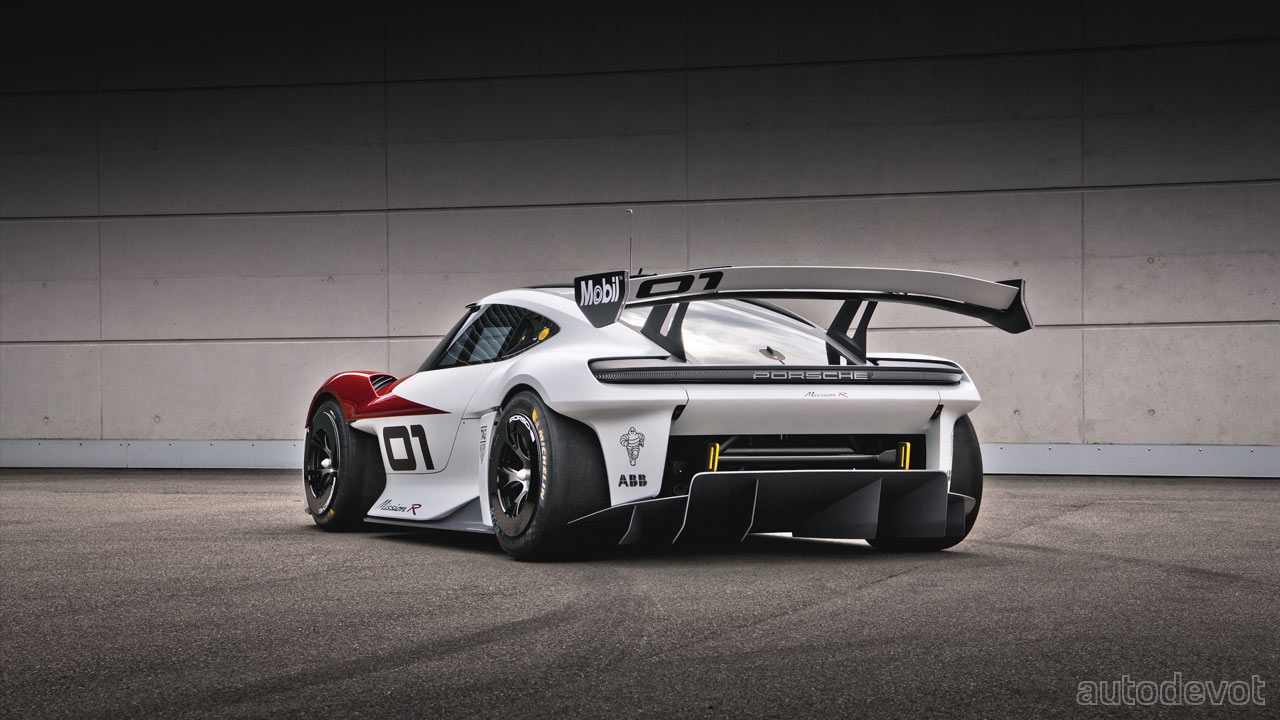 If there’s anything we’ve learned from Porsche is that when it uses the term ‘Mission’ for a concept, the concept will eventually transform into a production vehicle. I’m saying that because none of the Unseen concepts made it to production, but the Mission E and Mission E Cross Turismo did. That doesn’t necessarily mean that the Mission R concept is a precursor to an all-electric 911, maybe it is, but it is a preview of an all-electric equivalent of a 911 GT3 Cup car. 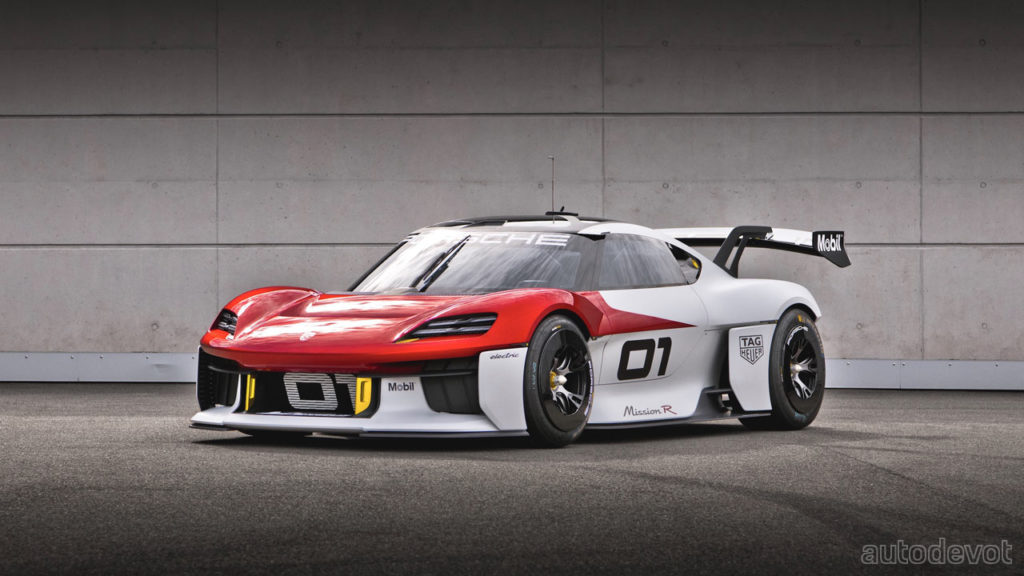 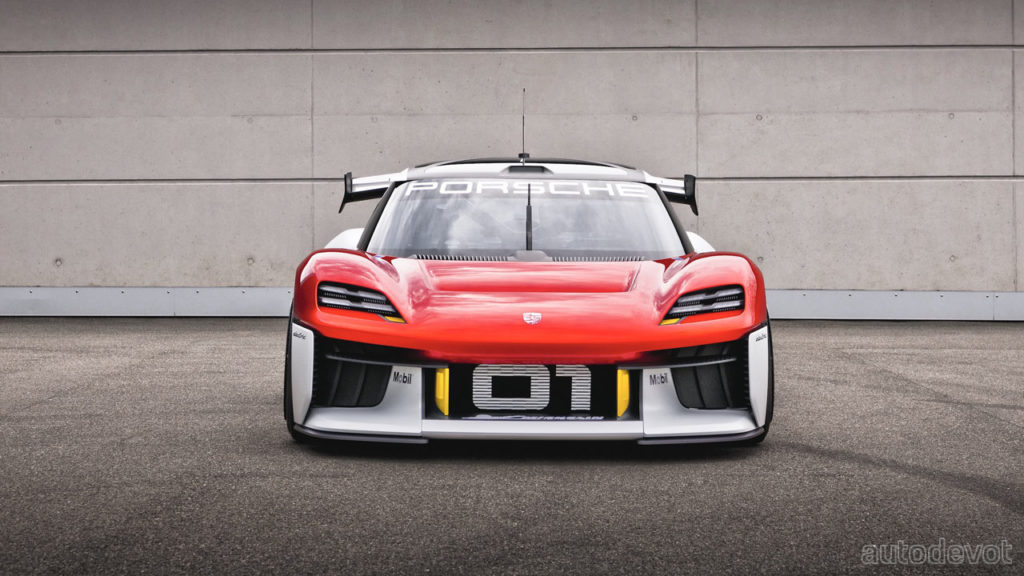 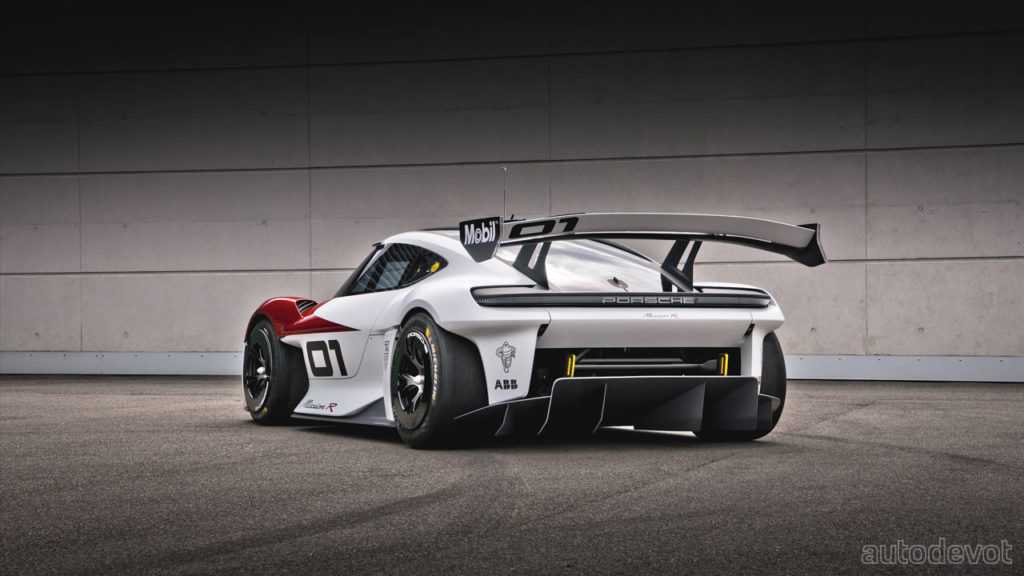 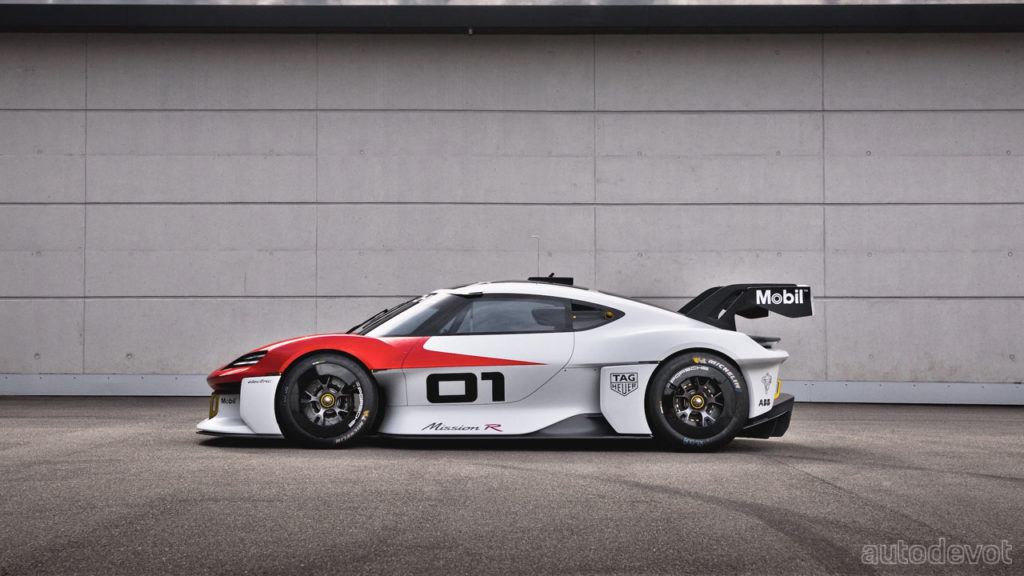 At 4,326 mm long, the Mission R is slightly shorter than the current 718 Cayman series, but is noticeably wider at 1,990 mm and with a height of 1,190 mm—is also significantly lower. While most of the car is made of carbon fibre, certain elements are made of natural fibre reinforced plastic (NFRP), the basic material of which is made from flax fibres sourced from farming. 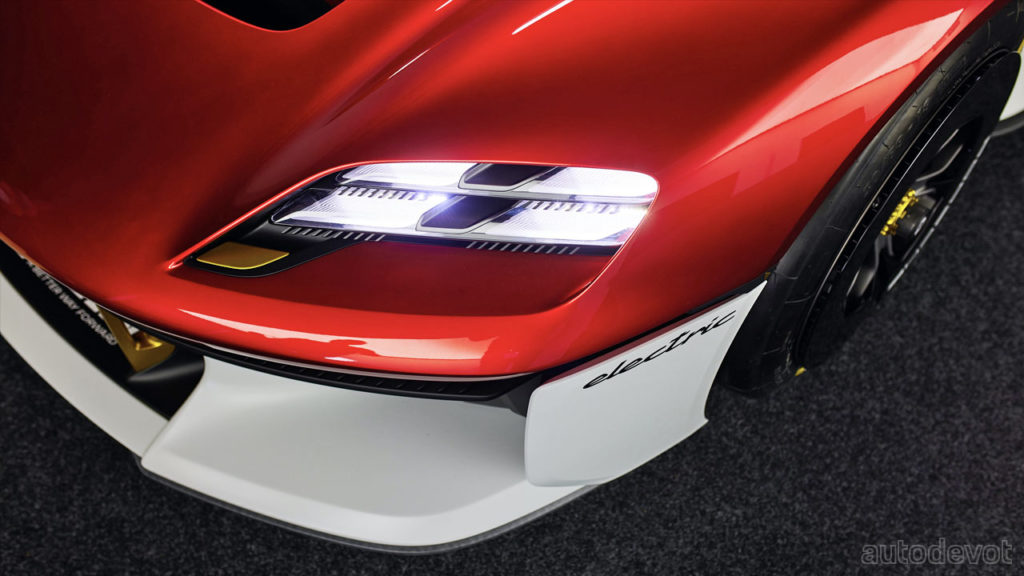 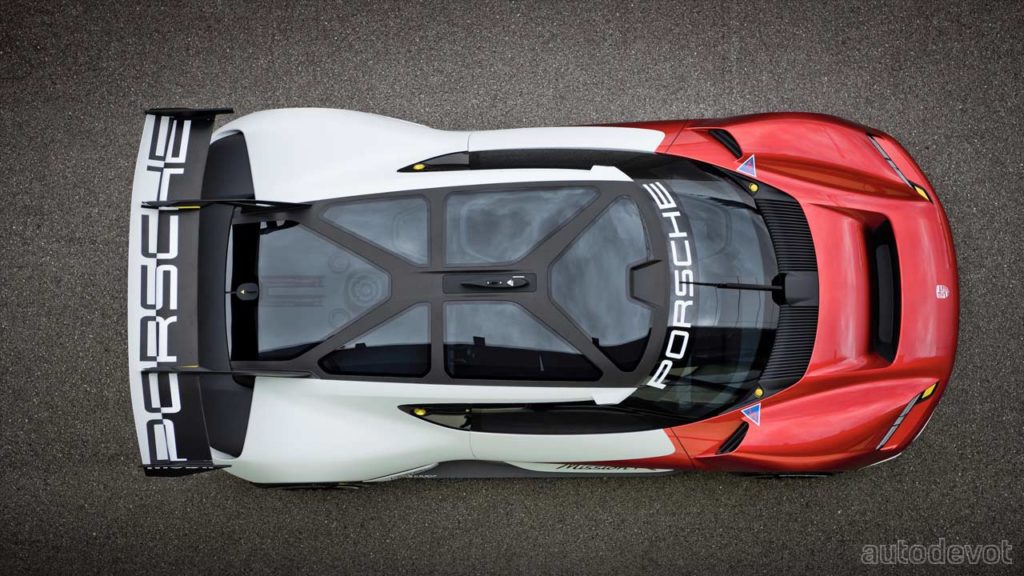 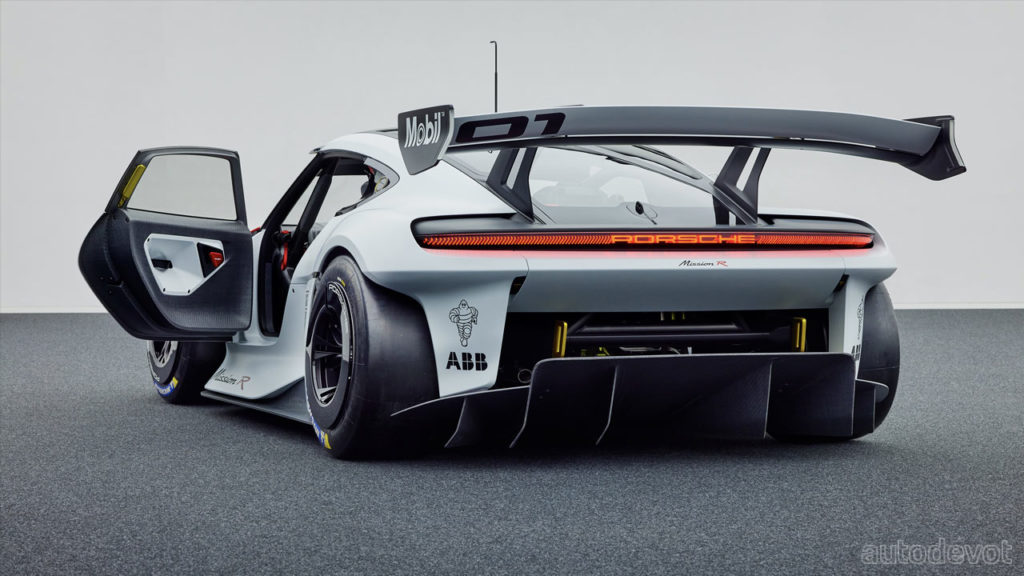 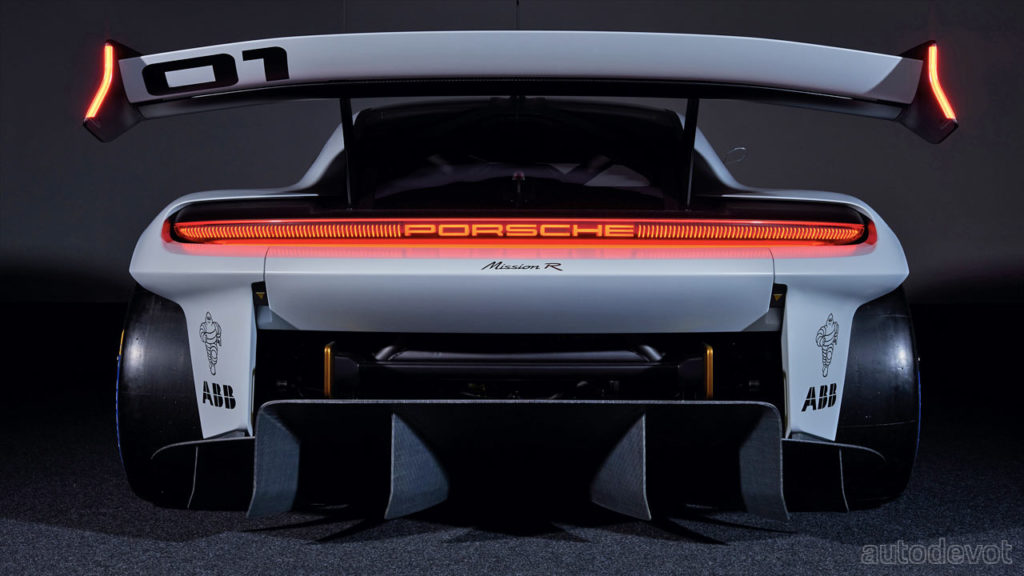 These include the front spoiler lip, the diffuser and the side skirts. NFRP is also used in the interior of the Mission R, such as the door cards, the rear bulkhead and the seat. The engineers and designers have developed an exoskeleton-inspired carbon roof structure, which glues the safety cage and the roof skin.

Porsche Active Aerodynamics (PAA) with Drag Reduction System (DRS)
The two-section rear wing is adjustable, and the entire central section of the rear-end—underneath the taillight strip—including that white panel and the diffuser, moves as well. 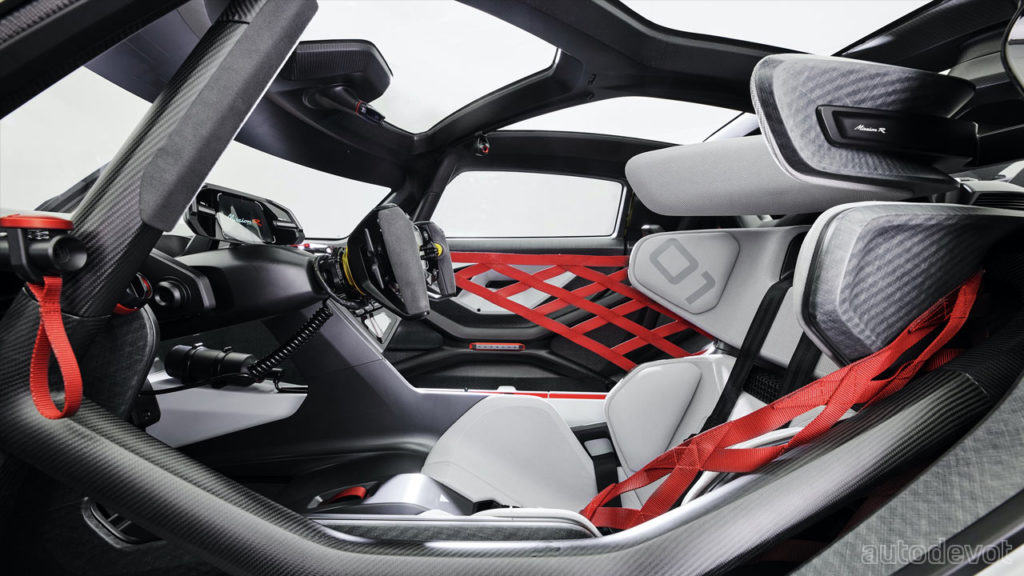 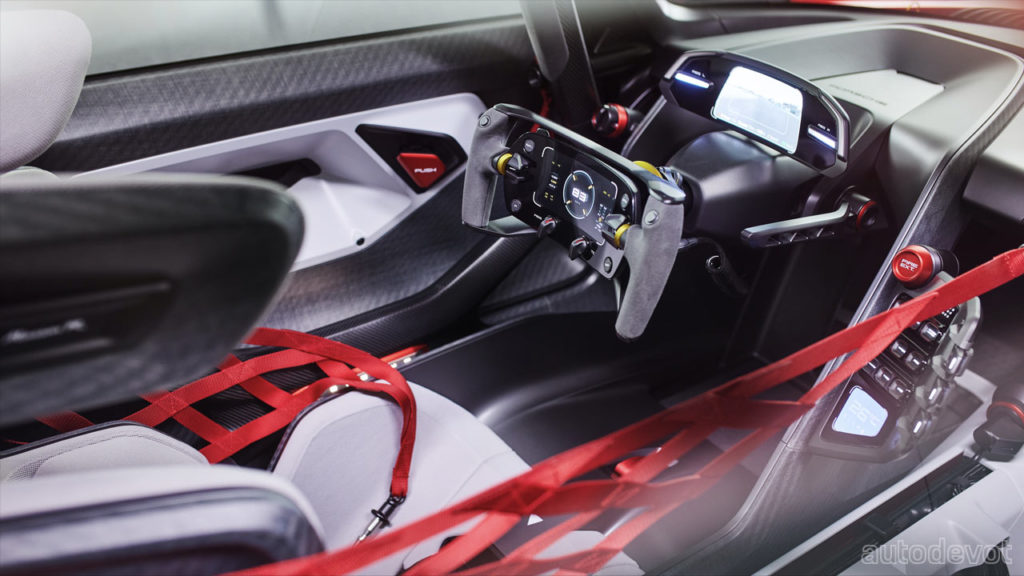 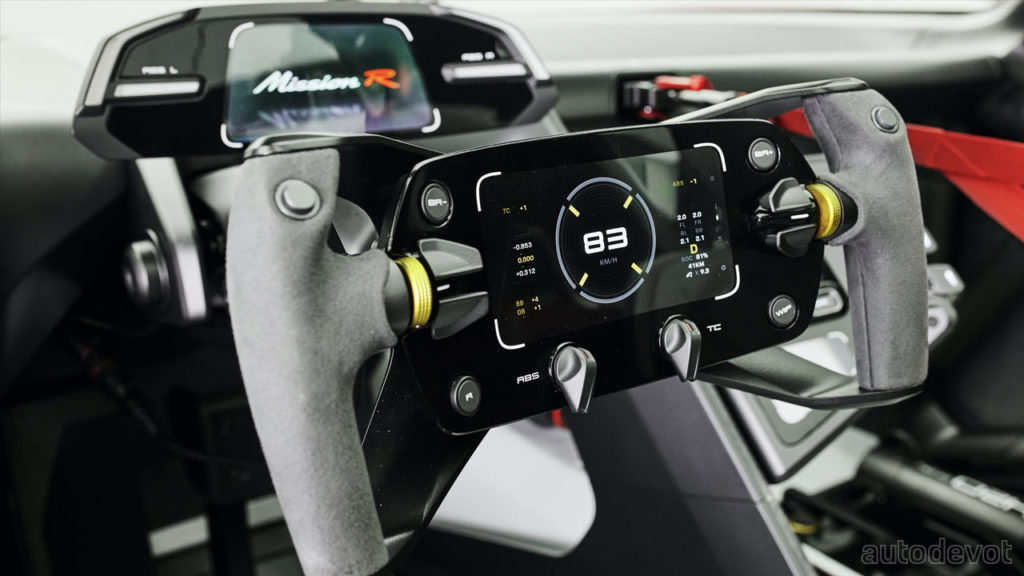 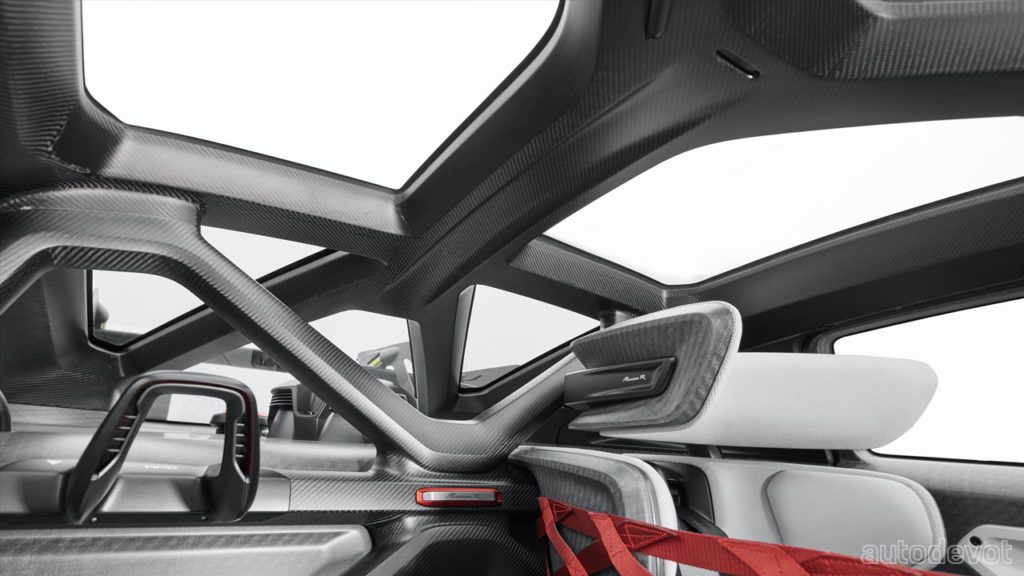 The cockpit features an additional display just above the steering column to relay the images from the side mirror cameras and the central rear-view mirror camera. A touch display to the right of the seat can be used to call up the driver’s biometric data, among other things. 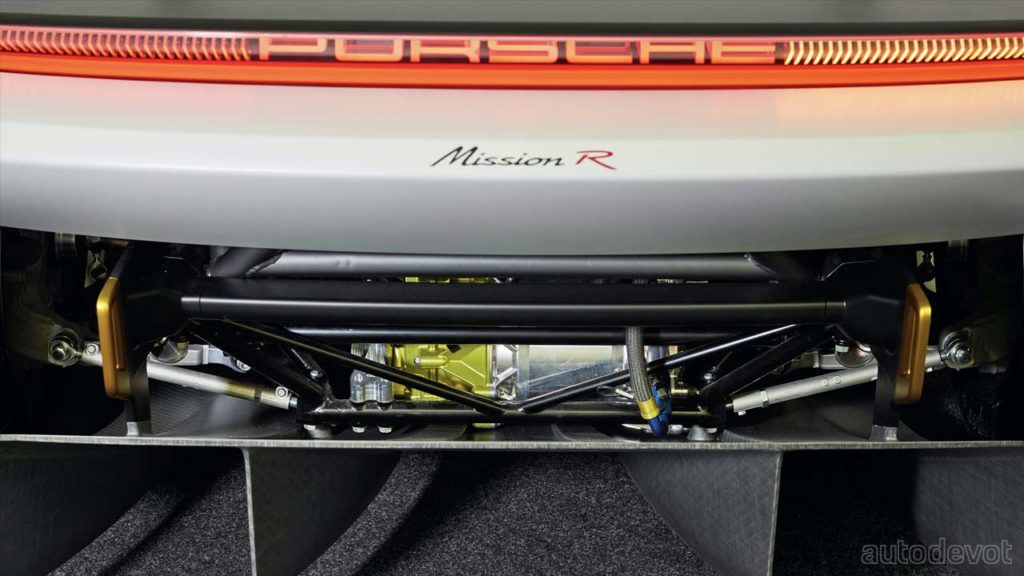 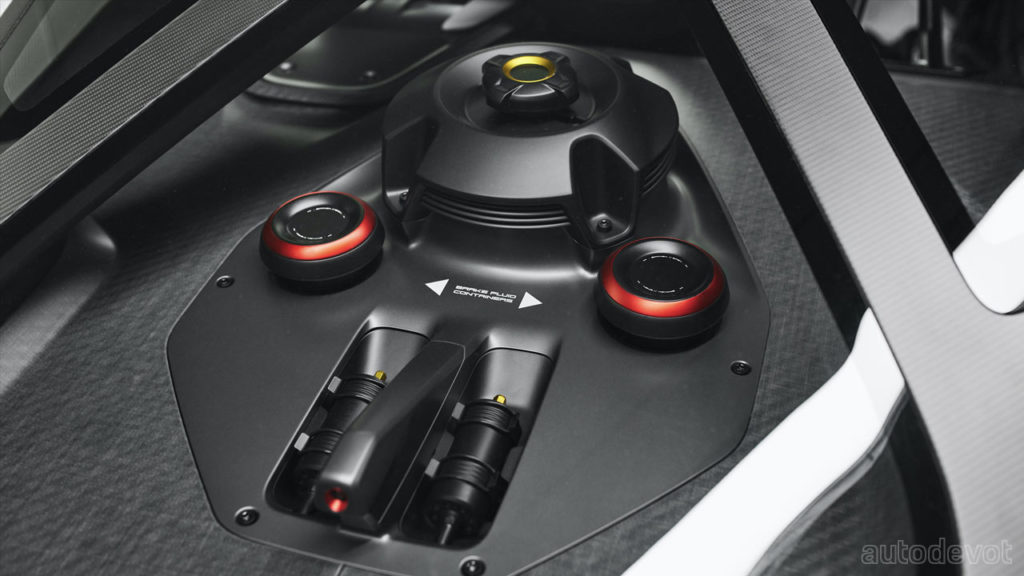 And thanks to a 900-volt architecture, the 80 kWh battery pack can be charged with up to 340 kW. A 15-minute break from racing is all that is needed to charge the battery from 5 to 80% SoC (state of charge), Porsche said.

In addition to our involvement in the Formula E World Championship, we are now taking the next big step forward in electric mobility. The concept study is our vision of all-electric customer motorsports. The Mission R embodies everything that makes Porsche strong: performance, design and sustainability. – Oliver Blume, Chairman of the Executive Board of Porsche AG.