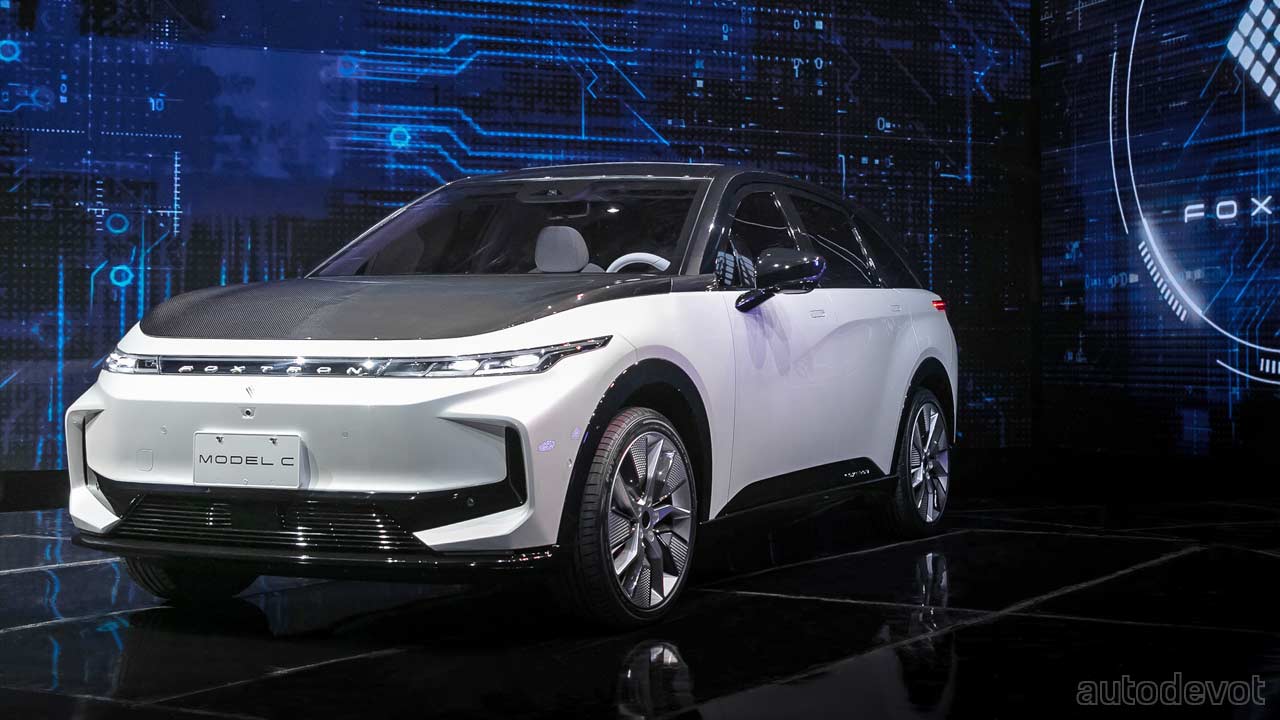 Nope, Ford has nothing to do with these.

The Model C SUV measures 4.64 meters long with a wheelbase of 2.86 meters, which makes it slightly smaller than the Tesla Model Y. However, according to Foxconn, the Model C can comfortably accommodate 5+2 people and also offer plenty of storage spaces. As for styling, I think it is fairly minimal, and it appears that the designers have taken inspiration from some of the popular SUVs in the global market. 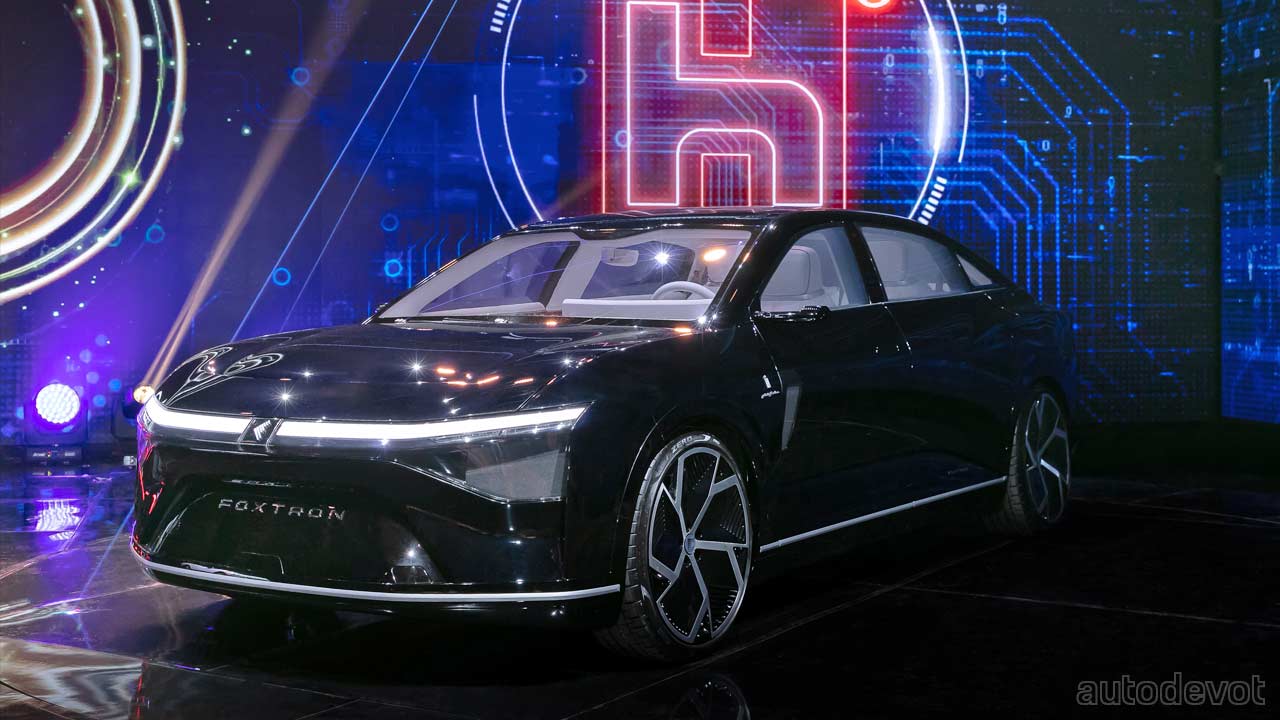 Next up is the Model E sedan, jointly designed in association with Italian design firm Pininfarina. The sedan too has taken a minimalistic approach, but notice that the two cars look like they came from different brands altogether. I mean, there’s no brand signature here, like BMW’s kidney grille or Kia tiger nose grille, for example. Also, is it just me or does the Model E sedan remind you of the Lucid Air?

But anyway, features would include face recognition door opening technology, and the ability to transform the rear seat space into a dedicated mobile office. 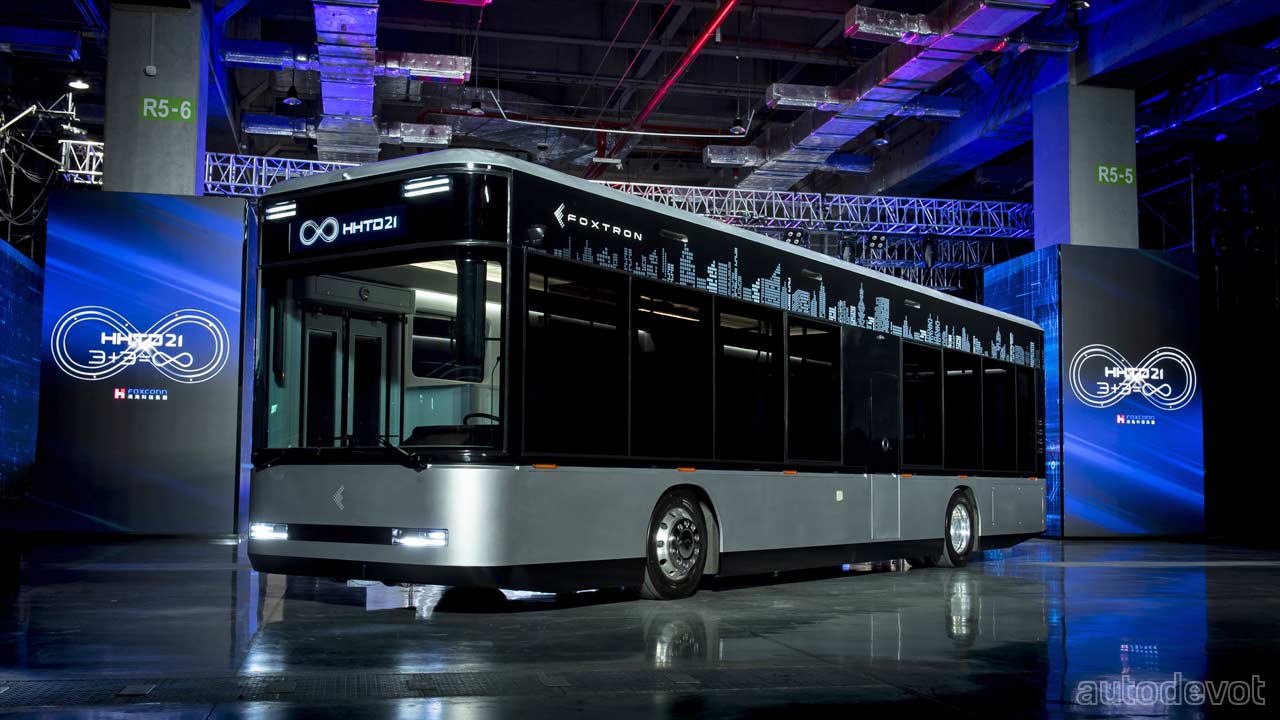 The Model T is, of course, an urban electric bus, and its safety and construction apparently meet the Federal Transit Administration (FTA) regulations and standards. Foxconn claims that the Model T has completed 200,000 km (124,274 mi) of acceleration endurance tests and more than 1,000 hours of rigid strength tests at Taiwan’s Automotive Research & Testing Center (ARTC).

Its battery pack is claimed to withstand temperatures of up to 400 degrees, and offer a range of over 400 km (249 mi). Also, the bus is claimed to be capable of doing a top speed of 120 km/h (75 mph), although not sure why anyone would want to do that kind of speed in a city bus.

Foxconn didn’t announce when these vehicles would go on sale, but according to reports, it’s gonna be sometime in 2023.