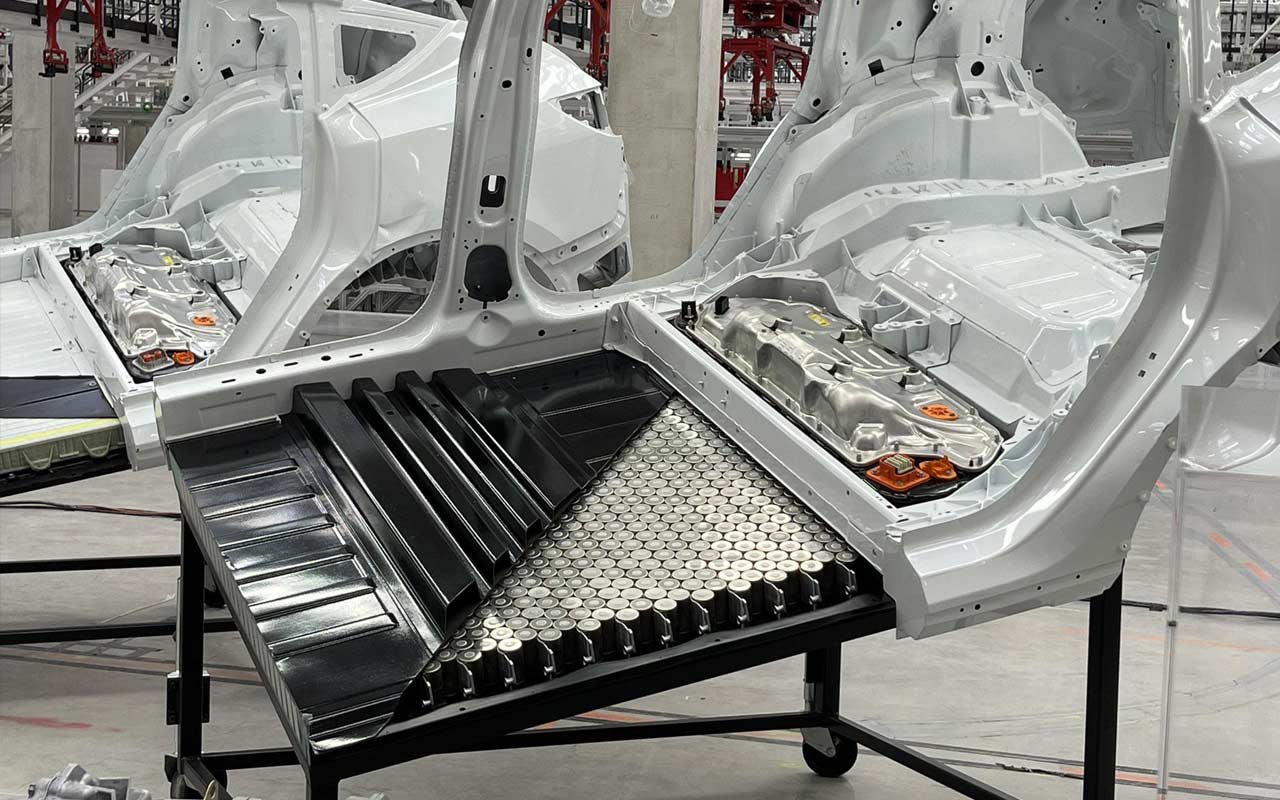 Tesla is almost done building its Giga Berlin factory at the outskirts of the German capital, and held a launch party to celebrate the same. And if everything goes according to plan, the factory will start producing the Model Y sometime in November, followed by deliveries in December 2021. Speaking of the Model Y, CEO Elon Musk said on Twitter that the crossover in Berlin will be using 4680-type cylindrical cells and the battery pack will be part of the vehicle structure itself.

Lot of new technology will happen in Berlin, which means significant production risk. Fremont & Shanghai will transition in ~2 years when new tech is proven.

If you remember, the 4680-type cells were revealed at Tesla’s annual shareholder meeting last year. They are claimed to be 5x energy denser, offering 16% more range and 6x more power. And, Musk noted that Tesla expects to “make heavy use of LFP batteries (Lithium iron phosphate) for medium-range cars and stationary storage”. Also, the Model Y will adopt a new paint process—according to Elon.

Seat mountings are directly to the structural pack pic.twitter.com/M2sjbzuIOB

One of the invitees to the event Paul Kelly has shared some more interesting details on the Model Y chassis, such as seat mountings directly over the structural pack; front seat, front casing of the chassis, and more..