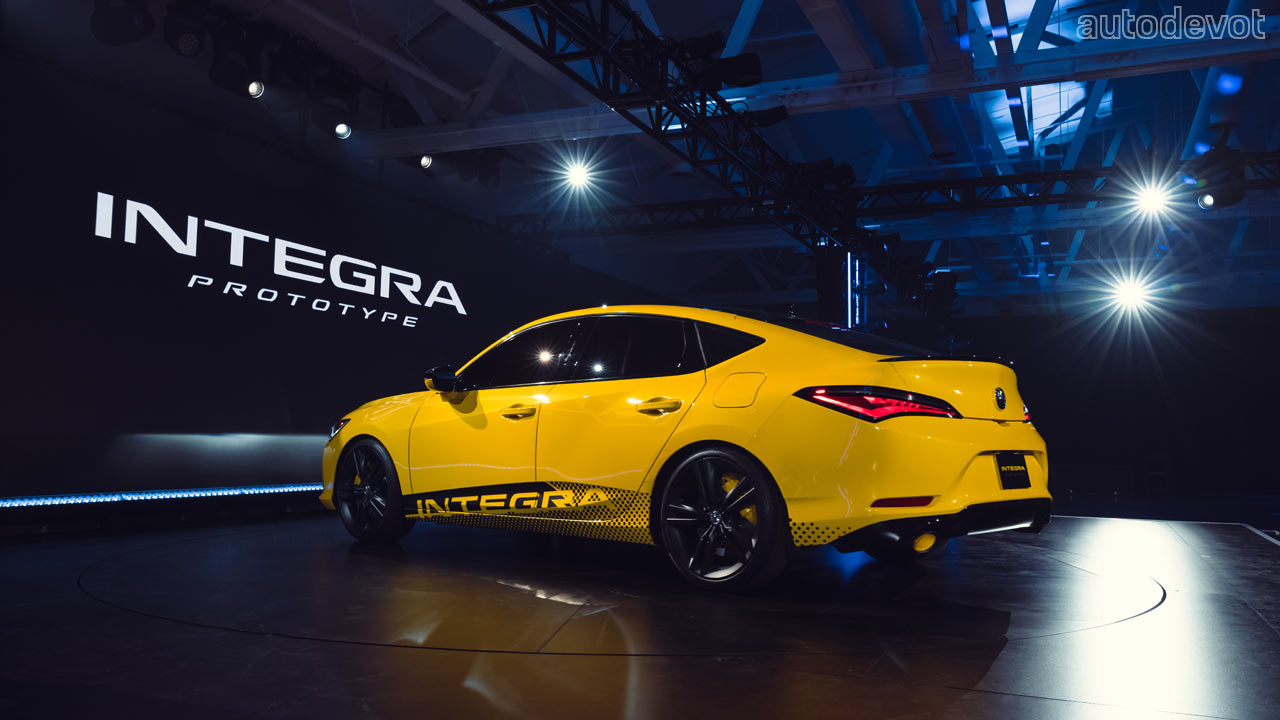 Just over a month ago, Honda revived the ‘Integra‘ nameplate for the Chinese market with a Civic-based sporty sedan. Well, this one is an even more sporty take on that revival, with fancy badges and titillating looks. Acura has even estimated the starting price which will be around $30,000 when it arrives in North American markets next year as a 2023 model. 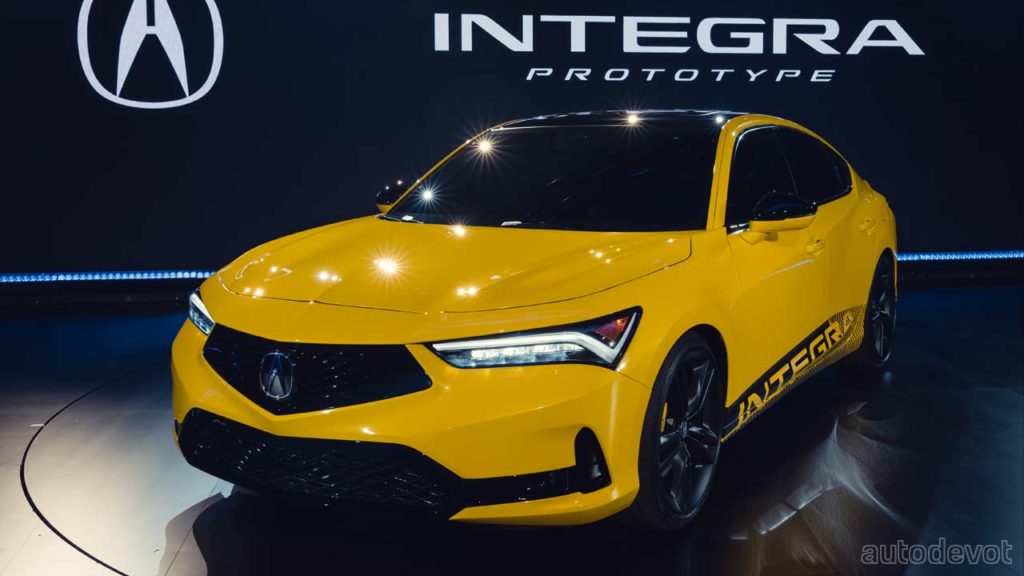 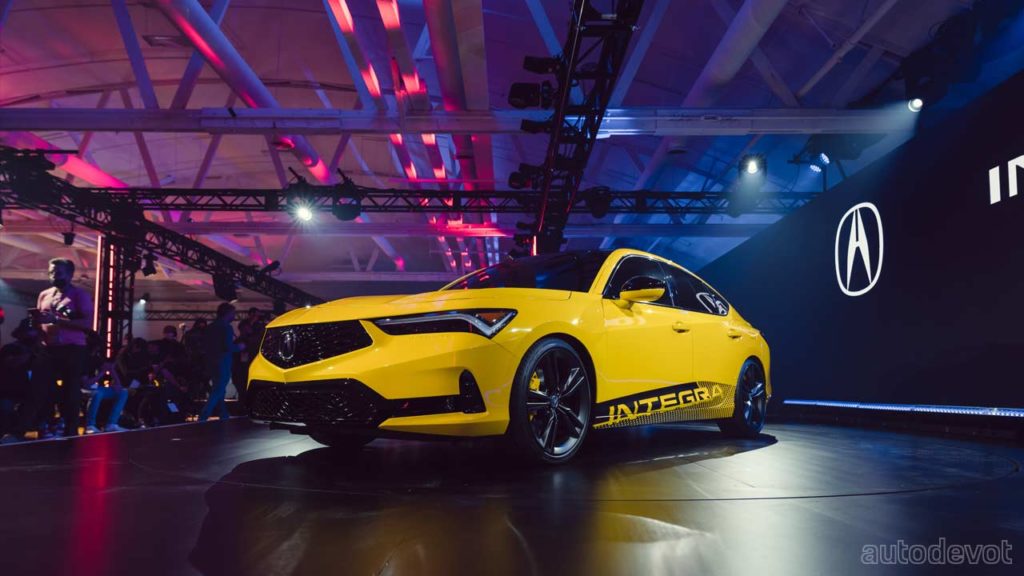 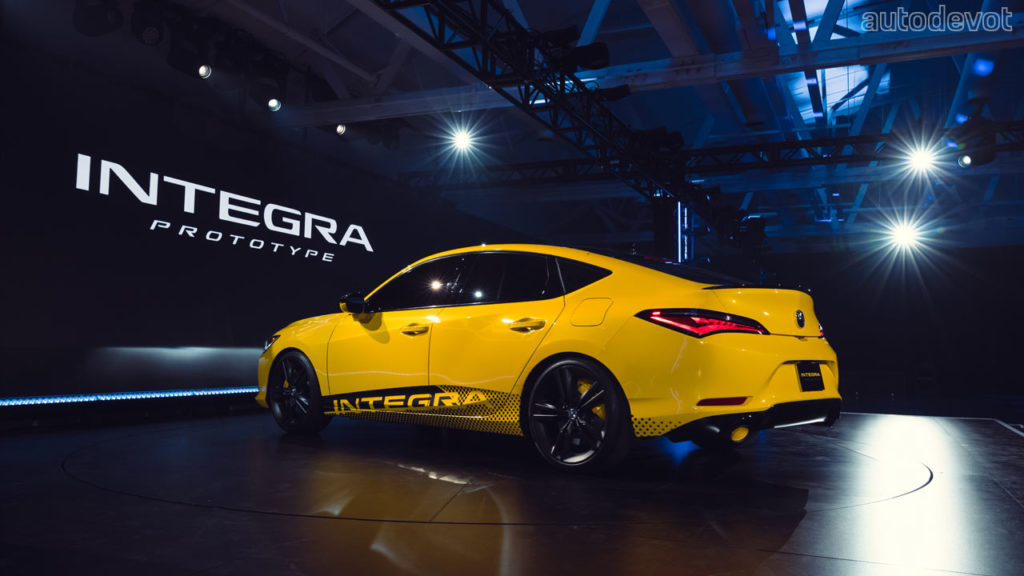 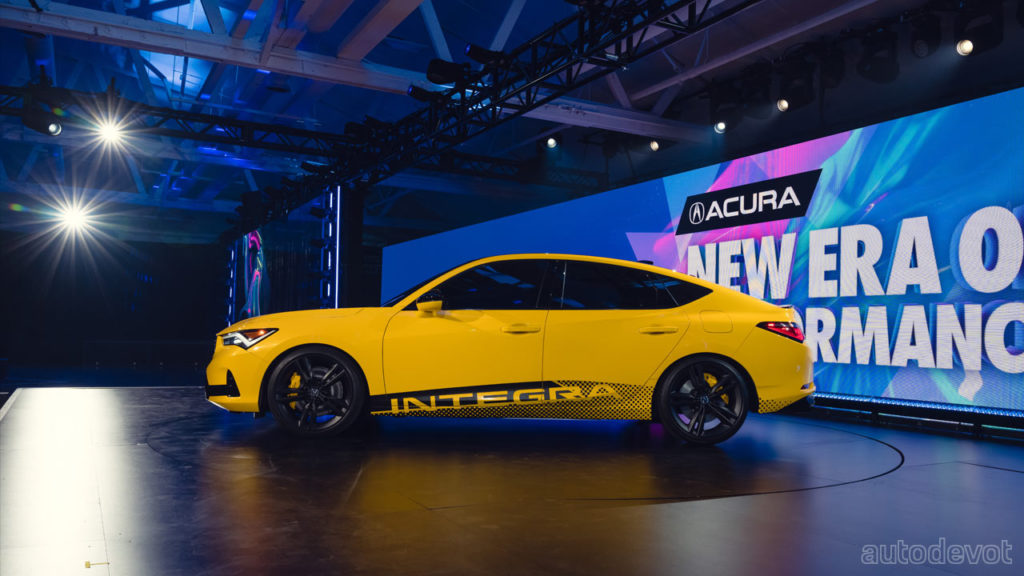 While it carries the “Prototype” suffix, it looks like it is almost ready to roll off the Marysville production line. The styling is in line with the latest Acura models with the front fascia reminiscent of the TLX. But notice that unlike in the TLX, the “Chicane” LED running lights are positioned above the JewelEye LED headlights. The lower grille kinda extends outwards like a moustache and neatly conceals the fog lights. The side profile is mostly about that swoopy fastback roofline, but there’s also an ‘Integra’ decal which I’m not sure of making it to the production model as well. At the rear, there’s a subtle, tailgate integrated spoiler, and notice that the taillight signature roughly matches those at the front. Also, notice the tailpipes with yellow internals. The prototype is sitting on 19-inch wheels that hide Brembo high-performance brakes with color-keyed Indy Yellow calipers. 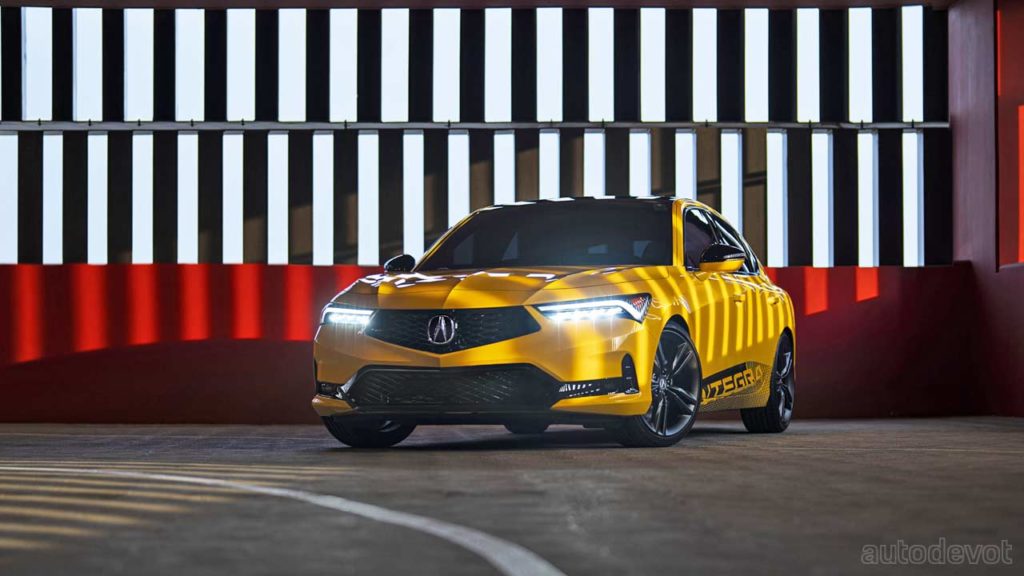 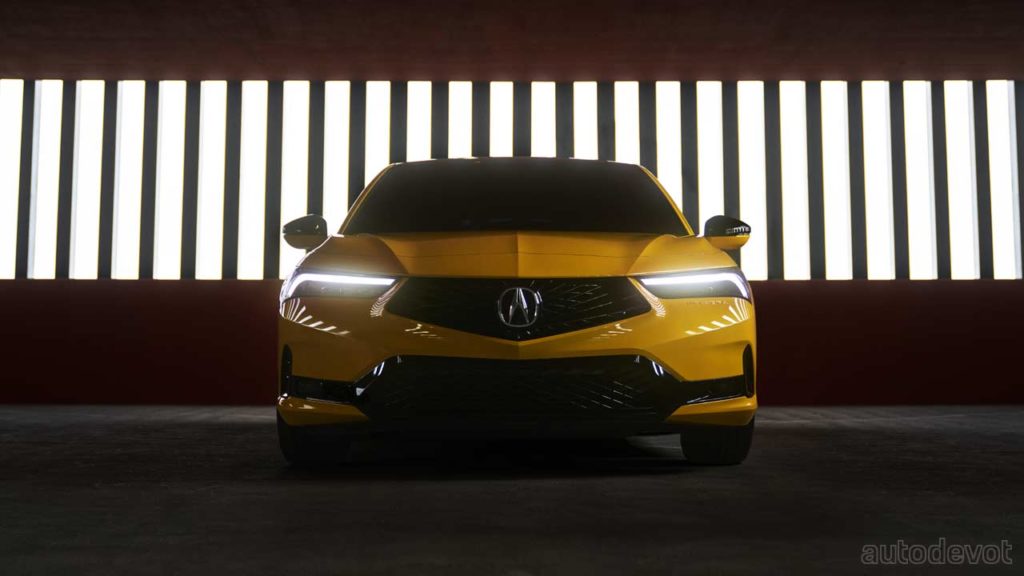 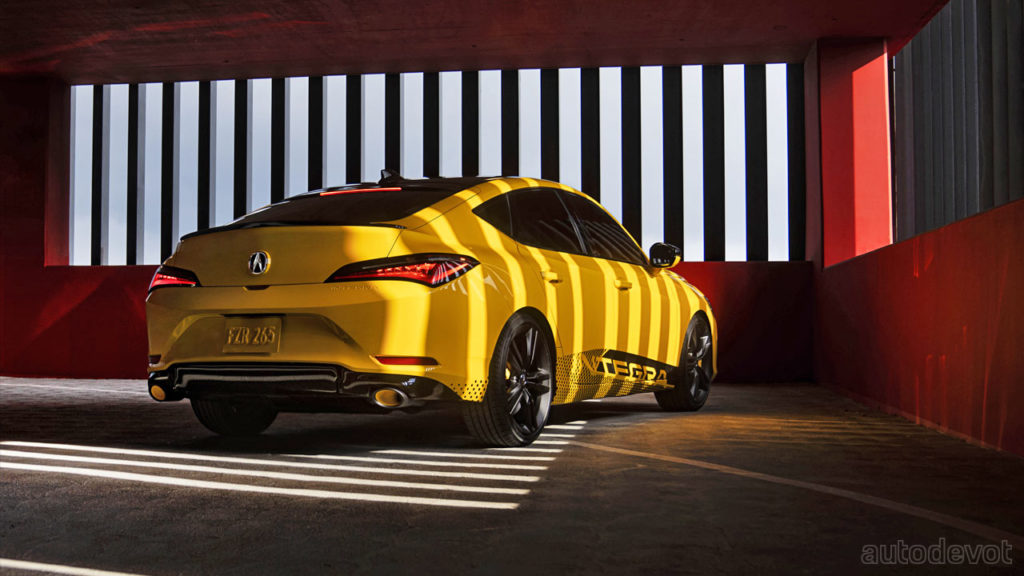 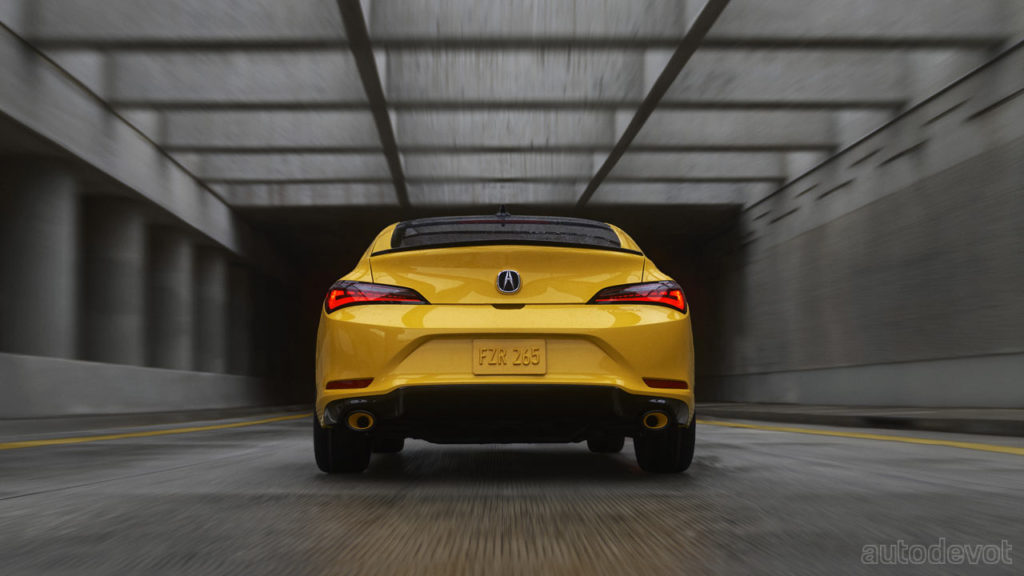 The car itself is painted in Indy Yellow Pearl that pays homage to Phoenix Yellow—offered on the 2000-2001 Integra Type R. The yellow pairs perfectly with all the black highlights.

While there’s still some time for a full reveal, Acura said that the new Integra will be powered by a 1.5L turbocharged petrol engine paired with a 6-speed manual gearbox, which appears to be the same setup as in the Civic Si. There’ll, of course, be a limited slip differential as well.