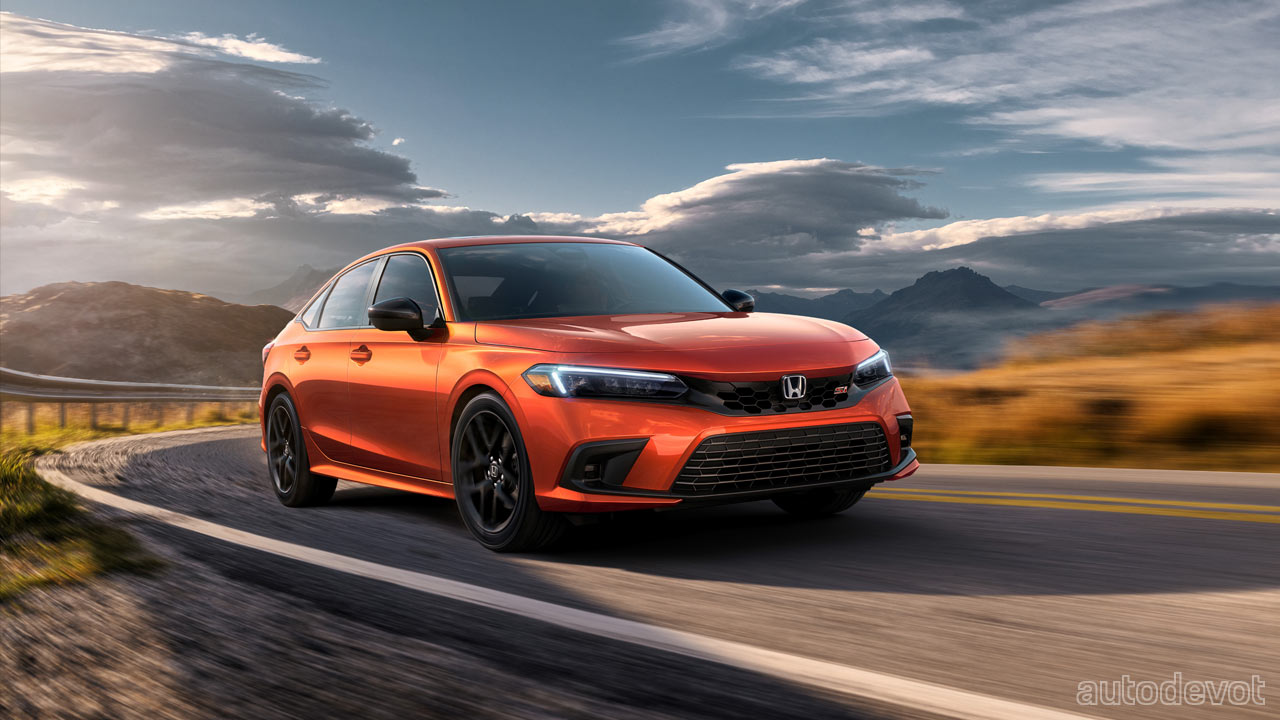 Slightly short on power but more fun to drive on paper. 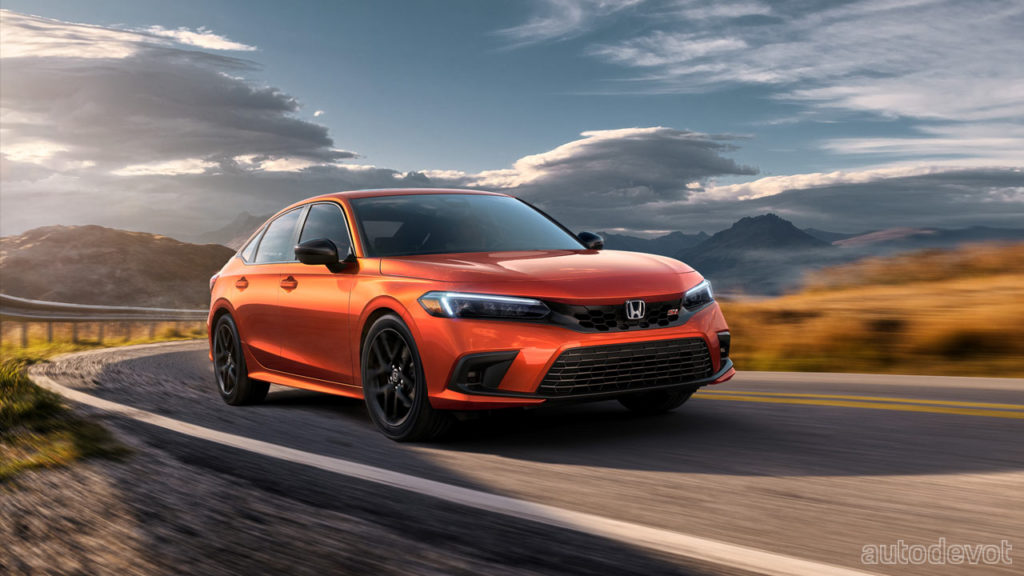 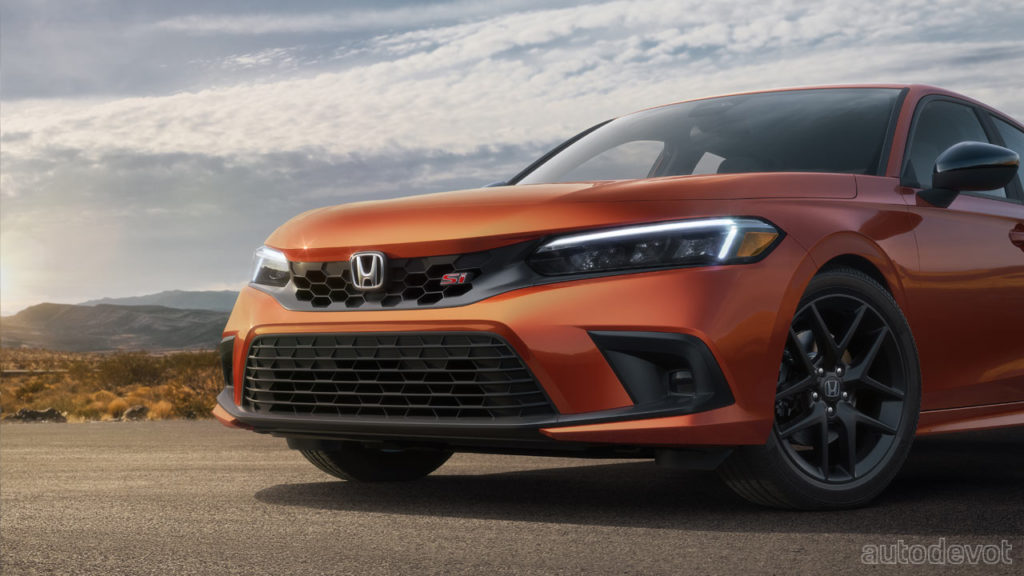 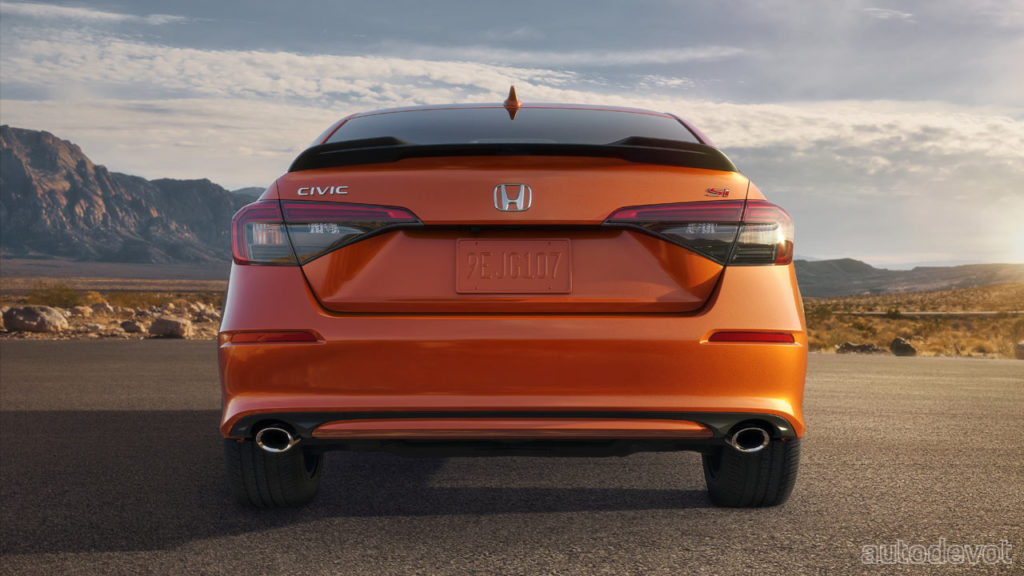 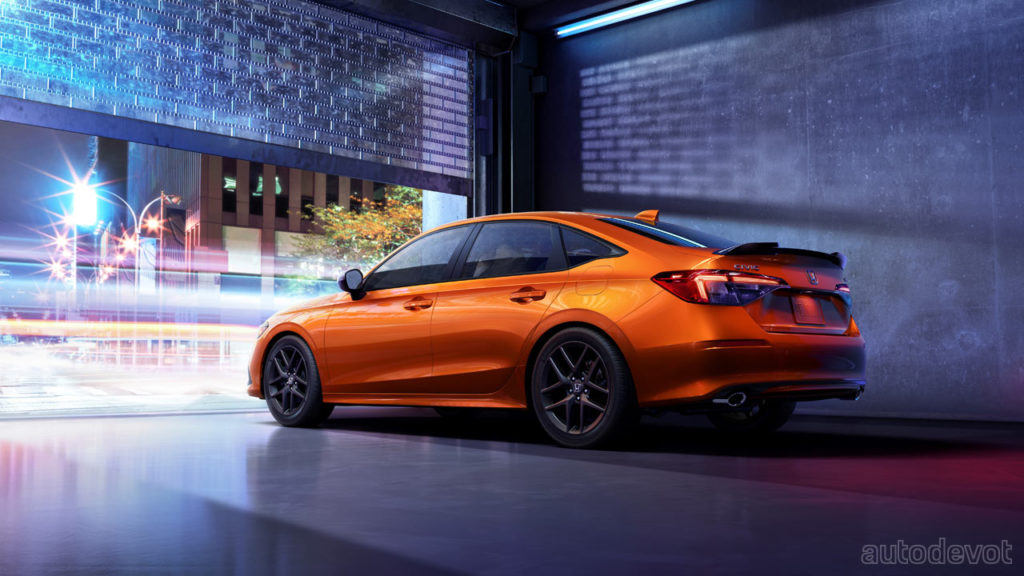 Visually, the Civic Si features a honeycomb pattern on the upper grille as opposed to a generic grille on the regular model. It also gets black elements including the mirror caps, window line, and a spoiler atop the trunk lid. Notice the oval exhaust tips. And yes, the alloy wheels are 18-inch ones finished in a Si-specific matte black. As for the body colors, this particular example is finished in an optional Si-exclusive Blazing Orange Pearl paint.

Sharper Handling
Honda says that the Civic Si spring rates are 8% stiffer at the front and 54% stiffer at the rear compared with the Civic sedan. The dampers also have been tuned specifically for the Si. The front MacPherson struts feature reinforced upper mounts to handle the increased cornering loads, and thicker front (27 mm hollow) and rear (18 mm solid) stabilizer bars compared with the Civic sedan to minimize body roll.

Braking duties are handled by oversized rotors measuring 12.3-inch at the front (+1.2-inches vs. sedan) and 11.1-inch at the rear (+0.9-inch vs. sedan). Summer tires will be a factory option for those who don’t fancy the standard 235/40 R18 all-season performance tires. 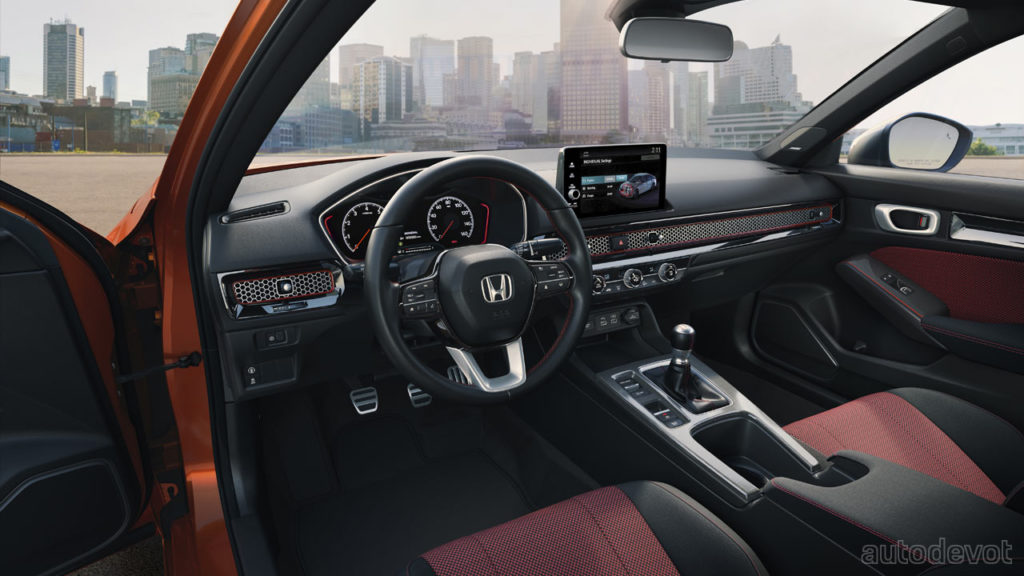 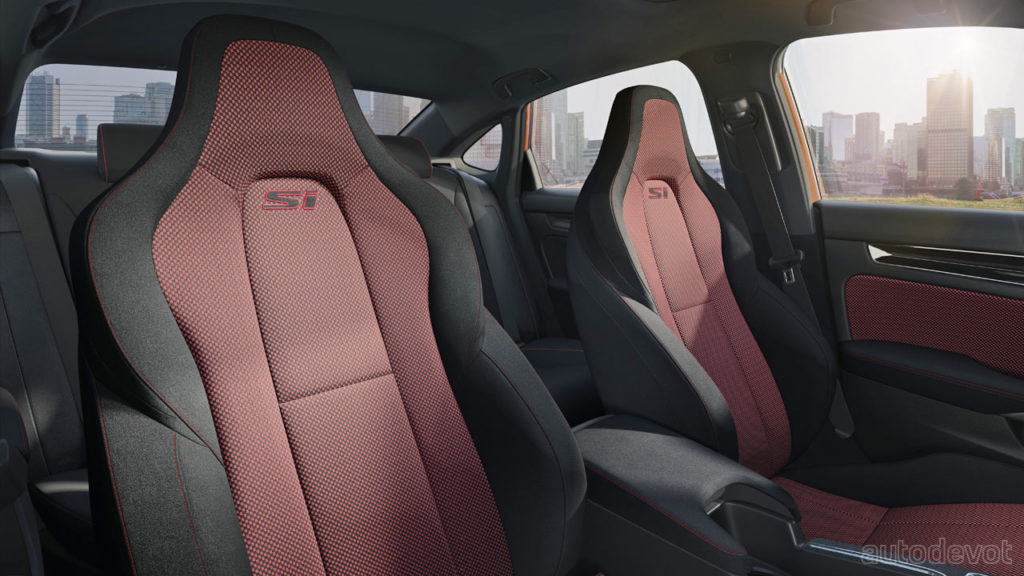 Inside, the 2022 Civic Si features Si-exclusive sport seats with integrated headrests. The lower cushion has been raised by 0.5-inch at the front, which is claimed to offer even better thigh support and reduce fatigue on long drives. Other features include sport pedals; red contrast stitching; a 7-inch color instrument display with a physical speedometer dial; a 9-inch touchscreen; wireless Apple CarPlay & Android Auto connectivity; and a 12-speaker Bose premium sound system. 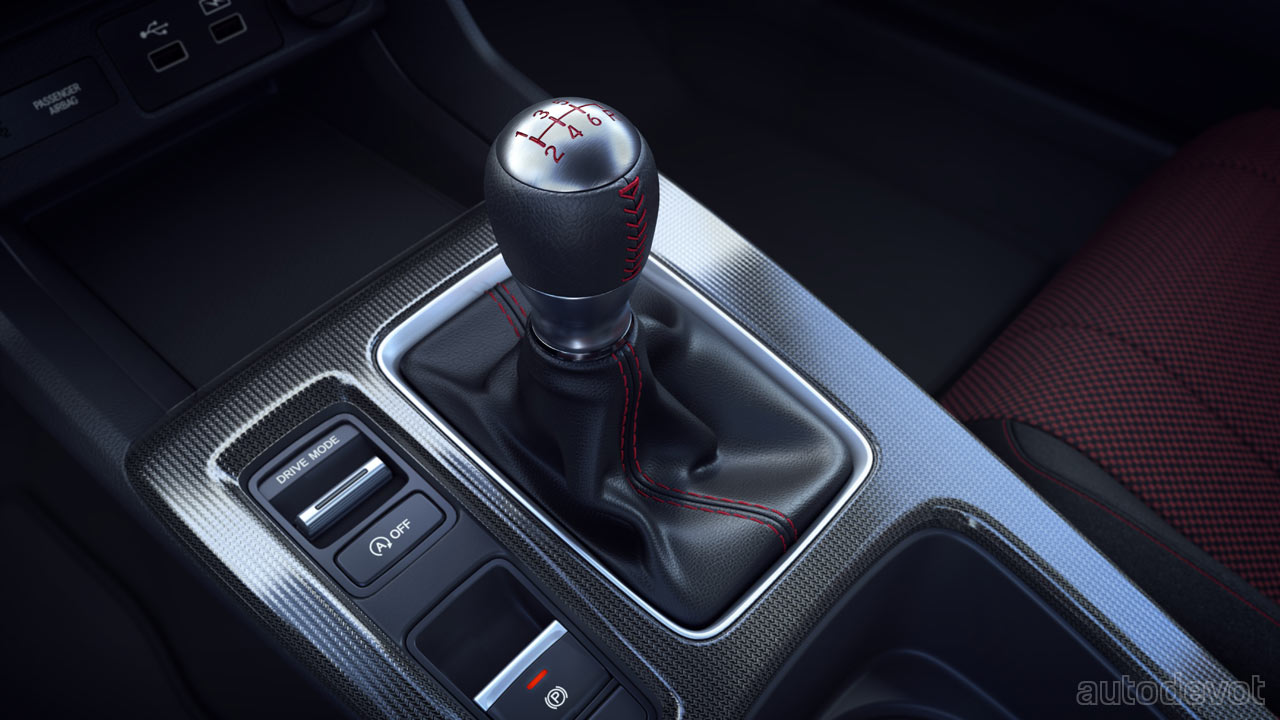 The engine is paired with a new 6-speed manual gearbox that claims to offer an improved shift feel and 10% shorter throws. And, for the first time, the Civic Si features a rev-matching system lifted directly from the Civic Type R. With the same 430 m/s response time as the Type R in Sport mode, the rev-matching system will “blip” the throttle when it detects a downshift. Power is routed to the front wheels via a standard helical limited-slip differential.

Other notable points include a new single-mass flywheel that is 26% lighter than the dual-mass unit used in the previous Si, and a new dual-coil silencer exhaust system that increases exhaust flow by 27% compared with the Civic Touring.