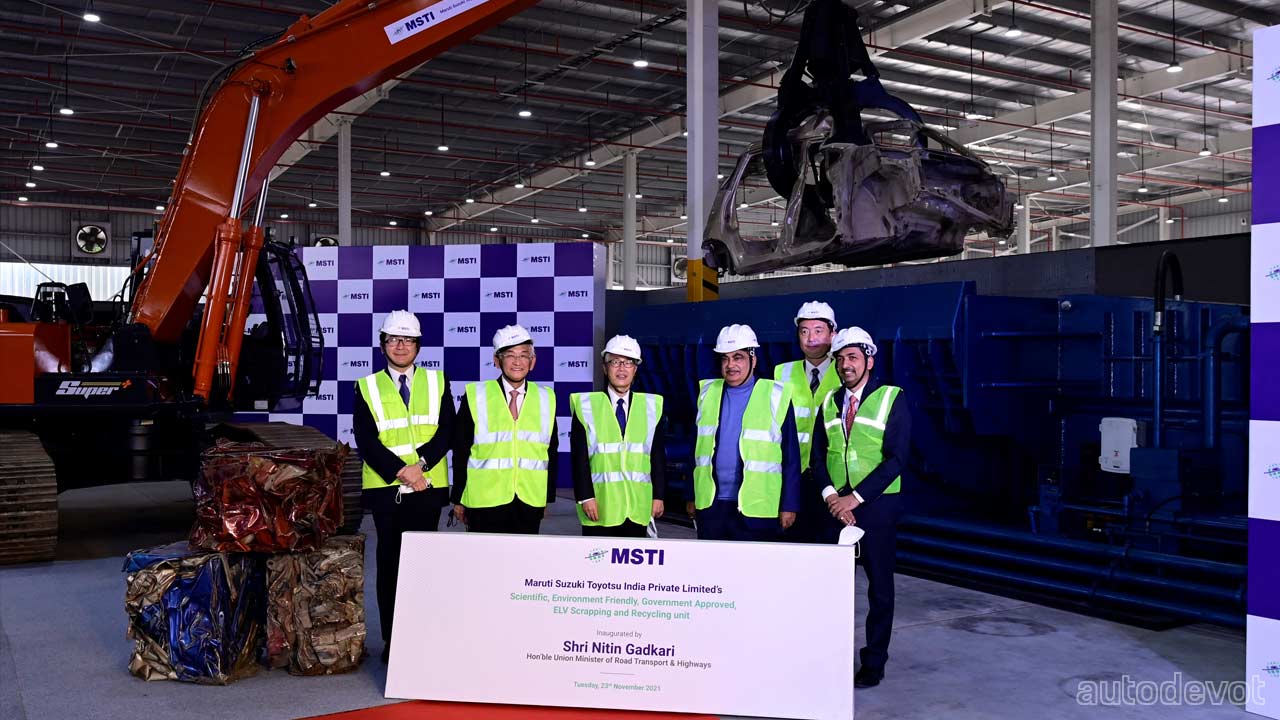 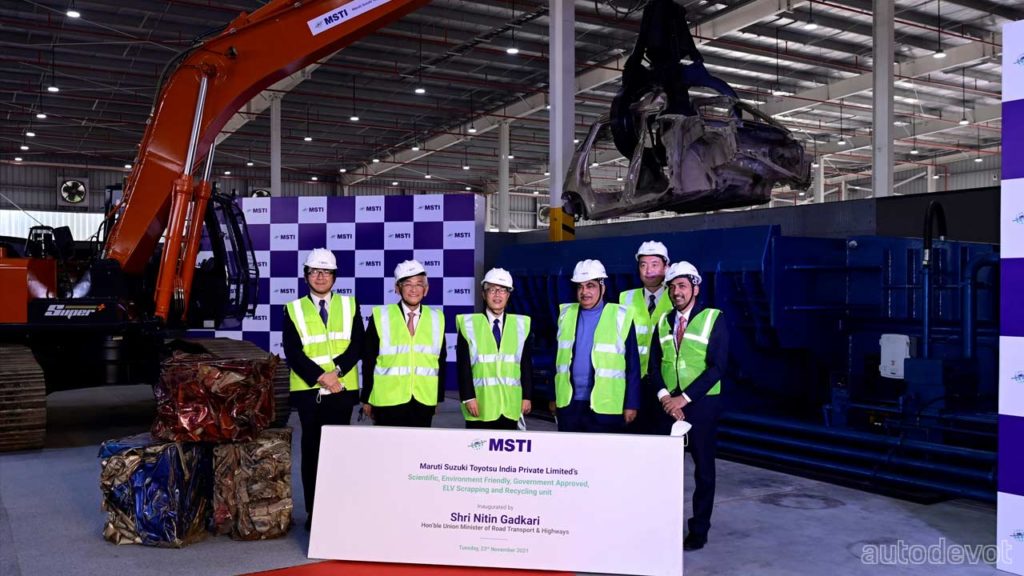 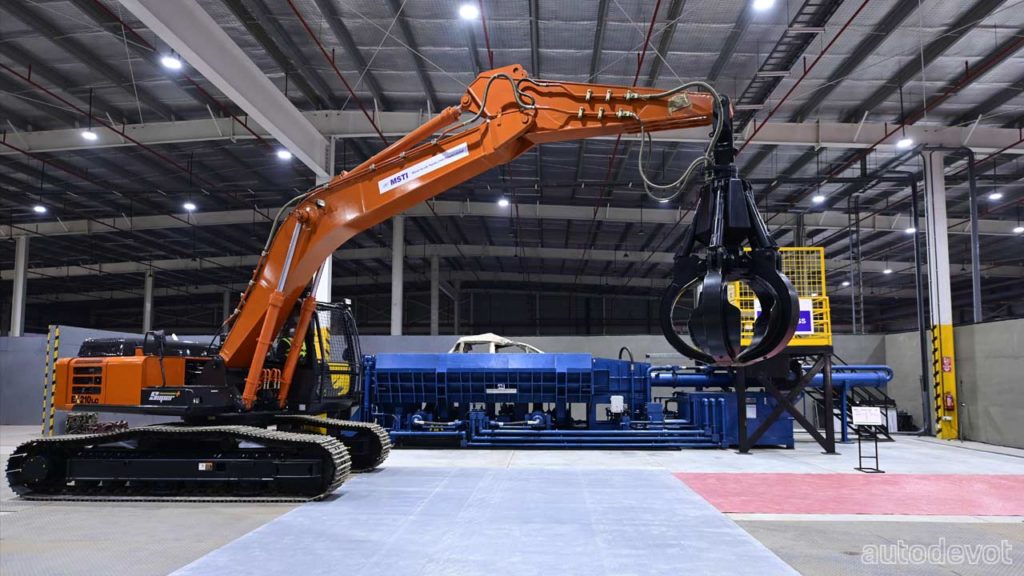 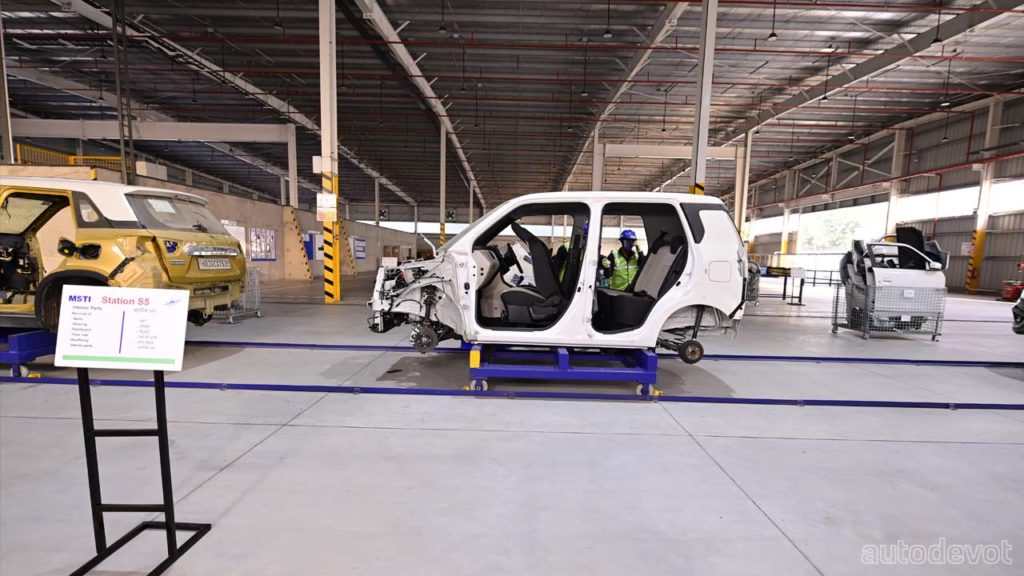 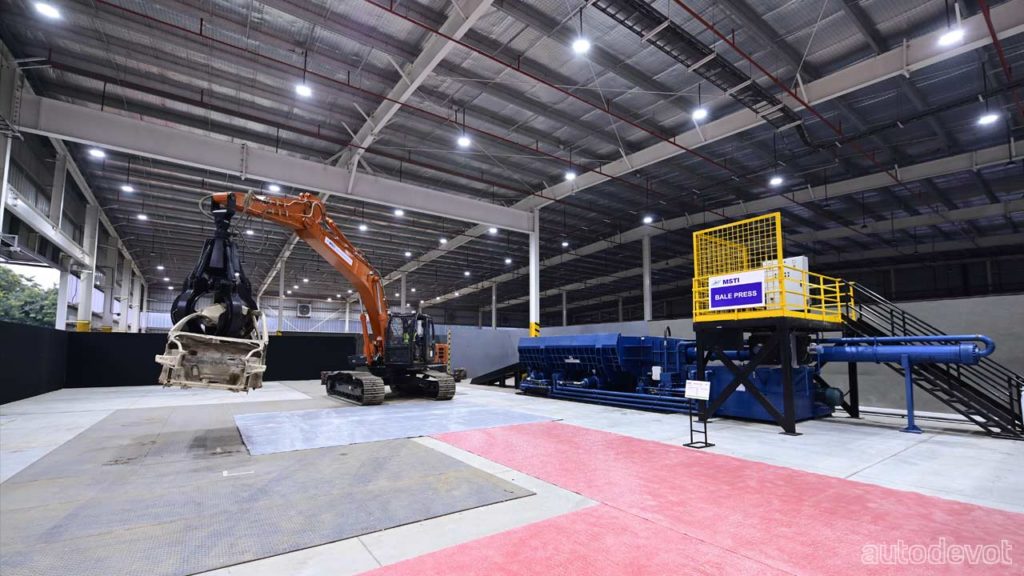 Built with an investment of INR 44.10 crores (nearly US$ 6 million), the 10,993 square metre facility is said to have a capacity to scrap and recycle over 24,000 ELVs annually. MSTI also claims that the machinery and equipment used at the facility to dismantle and scrap ELVs are manufactured in India. 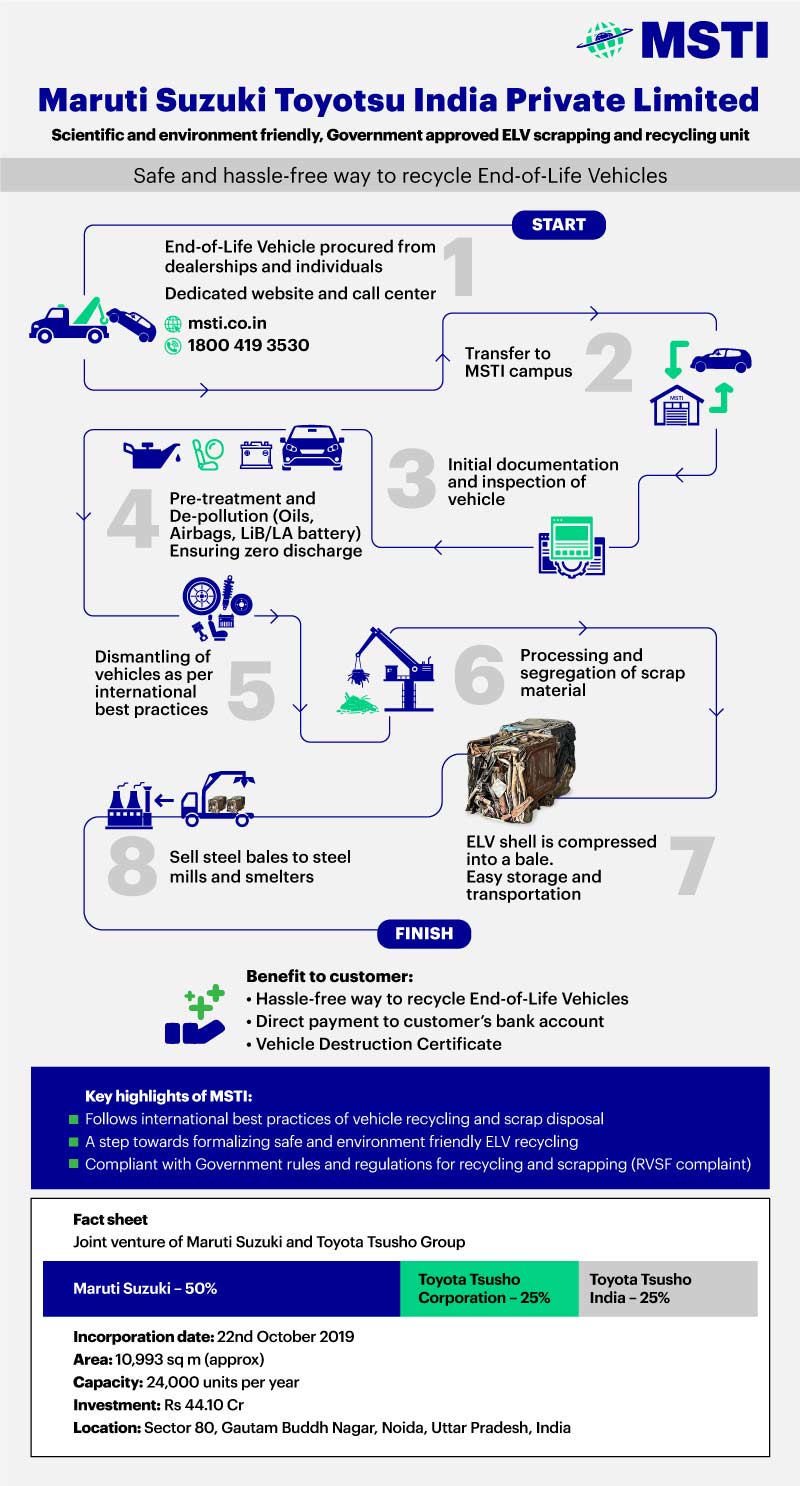 MSTI has shared a neat infographic as well, revealing the process it follows from procuring the ELV to sending the compressed bale to steel plants and smelters. And apparently, the amount will be directly credited into the customer’s account.