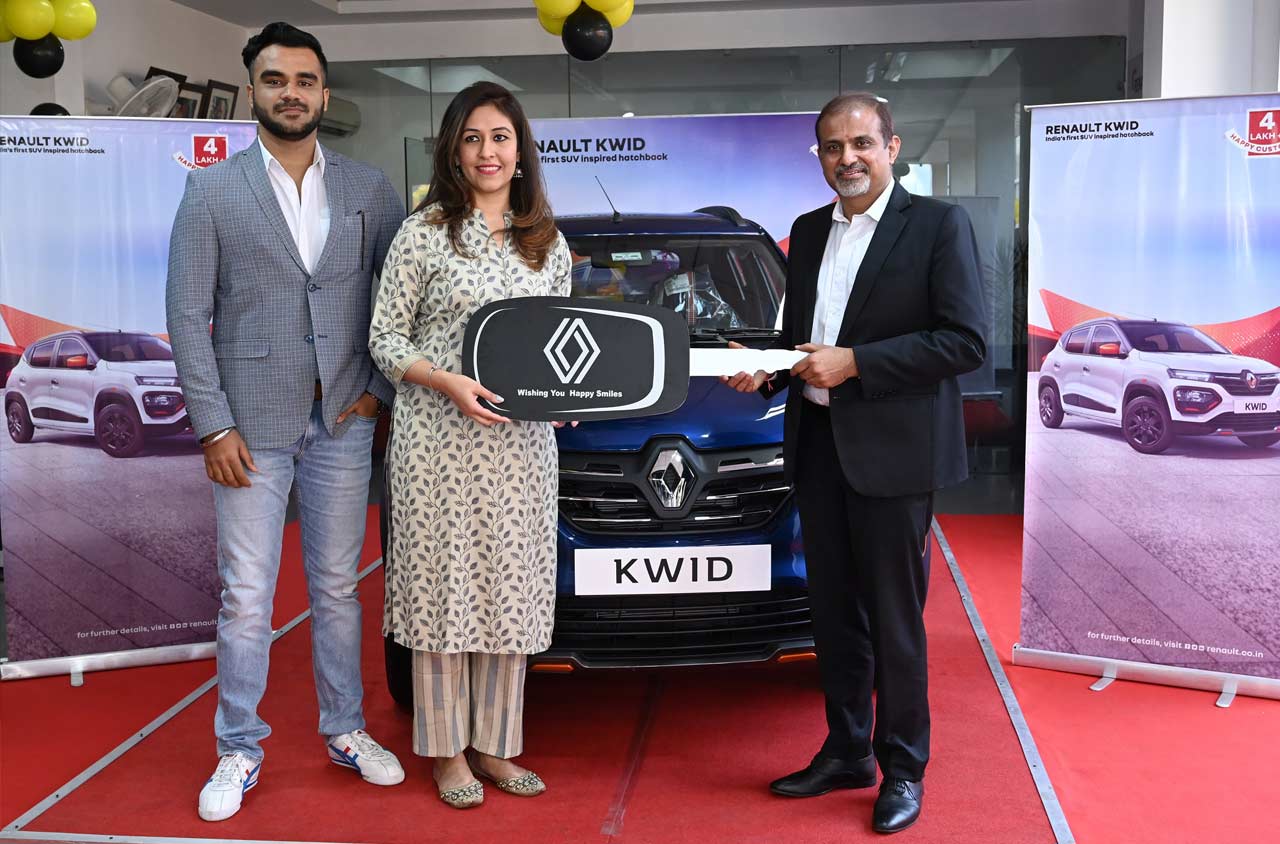 Renault Kwid—which became a major disruptor in the Indian market soon after it was launched in the SUV-obsessed country in 2015, has crossed the 400,000 sales milestone. Mr. Sudhir Malhotra, Vice President of Sales & Marketing, Renault India, handed over the keys to the 400,000th customer recently.

The Kwid is the one that gave sleepless nights to the Japanese and Koreans, which resulted in cars such as the S-Presso and the second-gen Santro. Kwid’s success inspired Renault-Nissan to develop Kiger and Magnite which are also fairly well received by the market.

The Kwid currently offers up to 9 variants with 0.8L or 1.0L 3-cylinder naturally aspirated petrol engines. Besides a 5-speed manual gearbox, an AMT option is also available. The most recent update it received was safety updates, in September 2021.