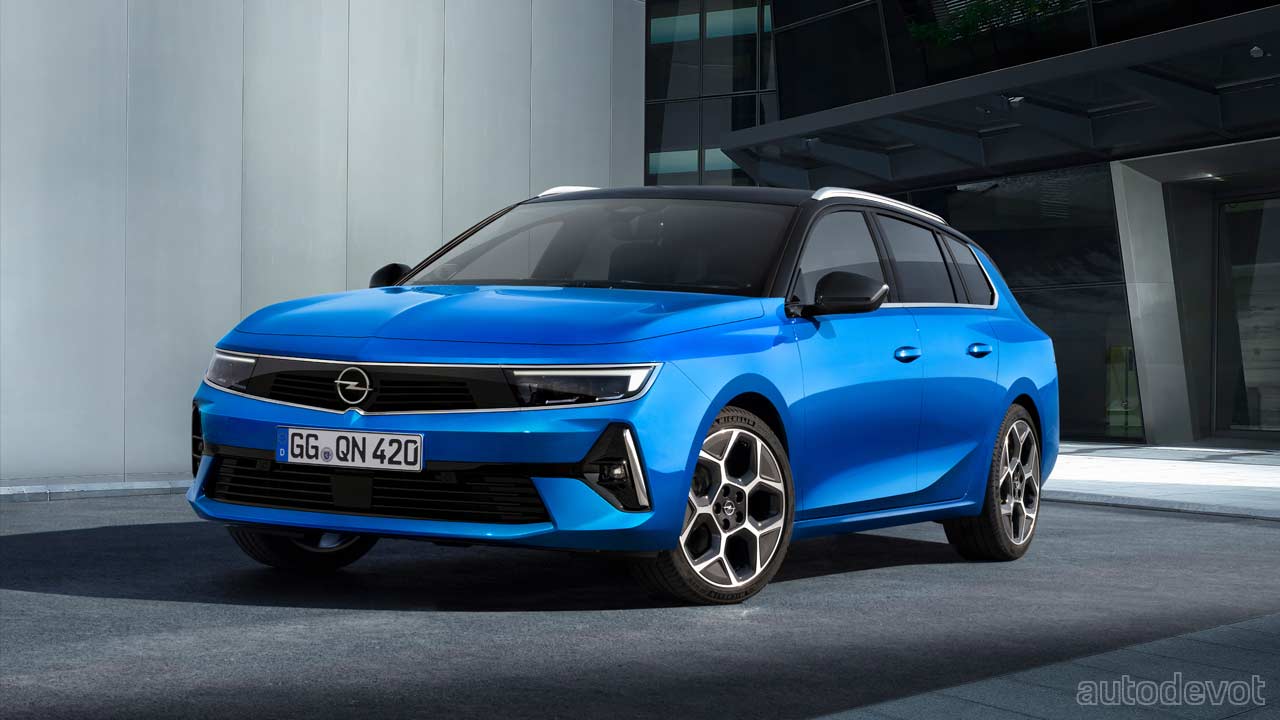 Opel has revealed the estate version of the 6th gen Astra that debuted a few months ago. As with the Astra hatchback, the Astra Sports Tourer too will be available with PHEV powertrains in addition to regular petrol and diesel units. 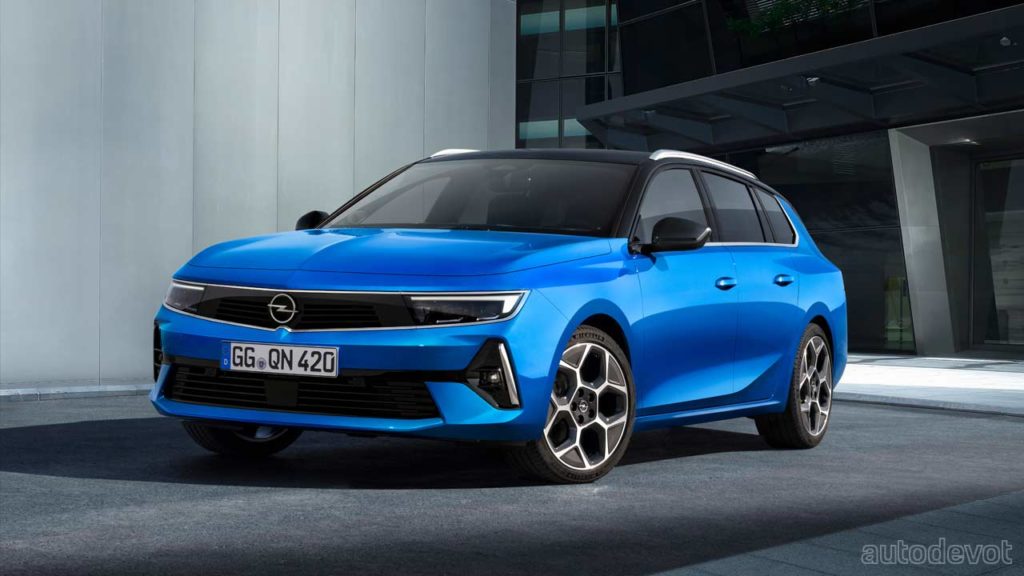 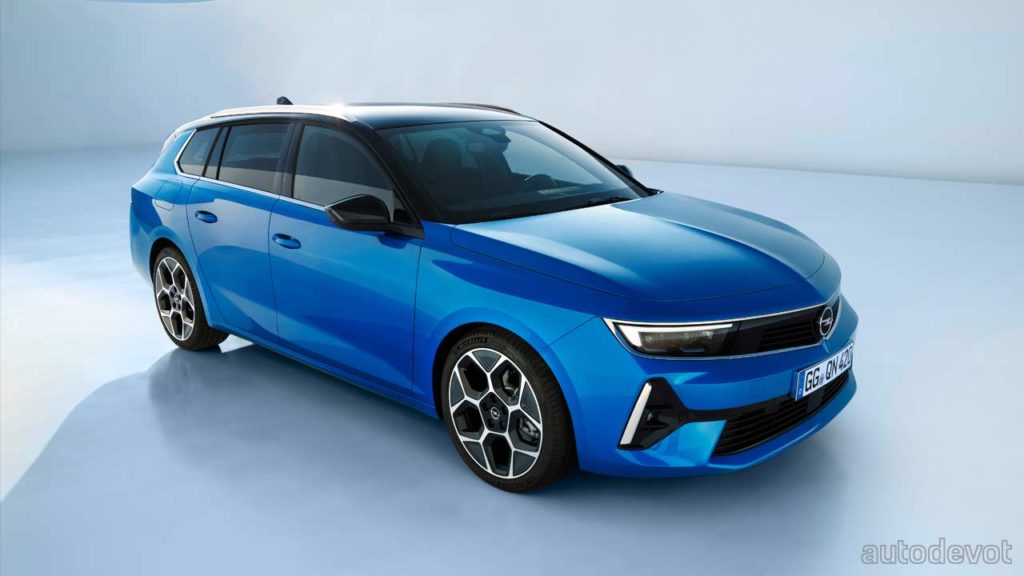 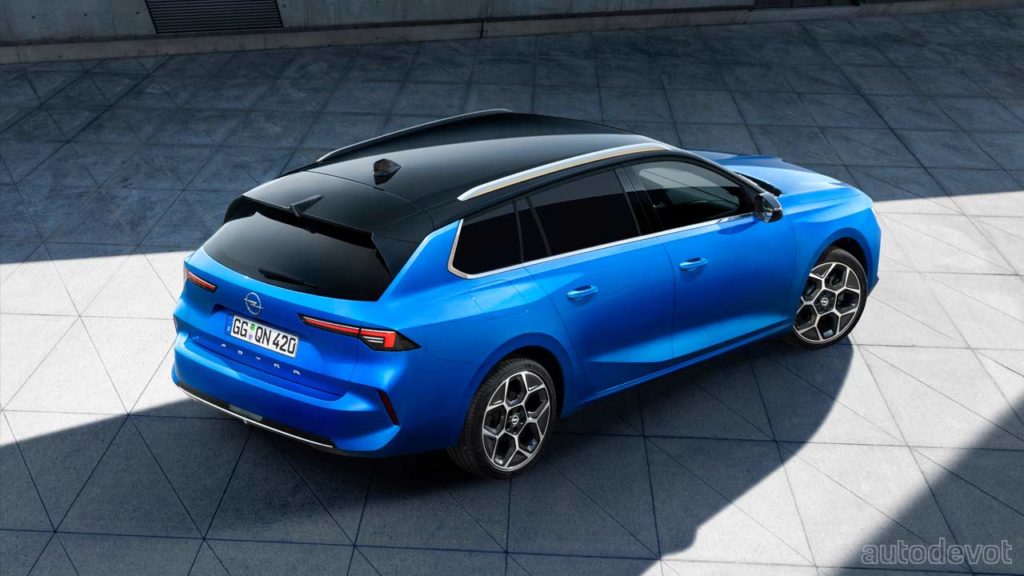 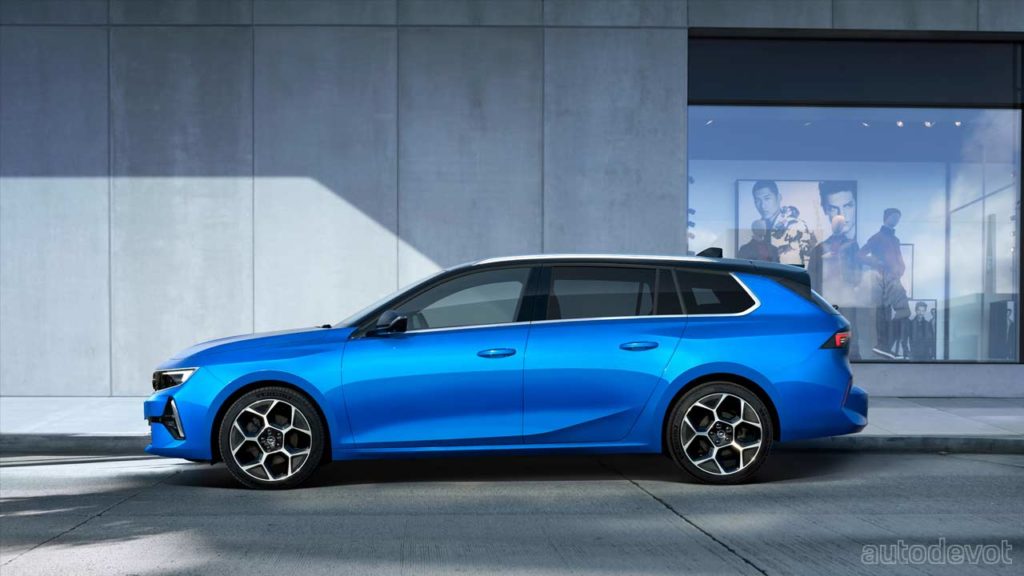 Visually, the Sports Tourer looks like a perfectly stretched version of the hatchback, retaining pretty much all the styling elements including the upswept character line on the side, body-colored D-pillar, the roof spoiler with a third light, and a sharkfin antenna. The wheels are also the same. I guess the roof rails are the extra additions here in the station wagon. 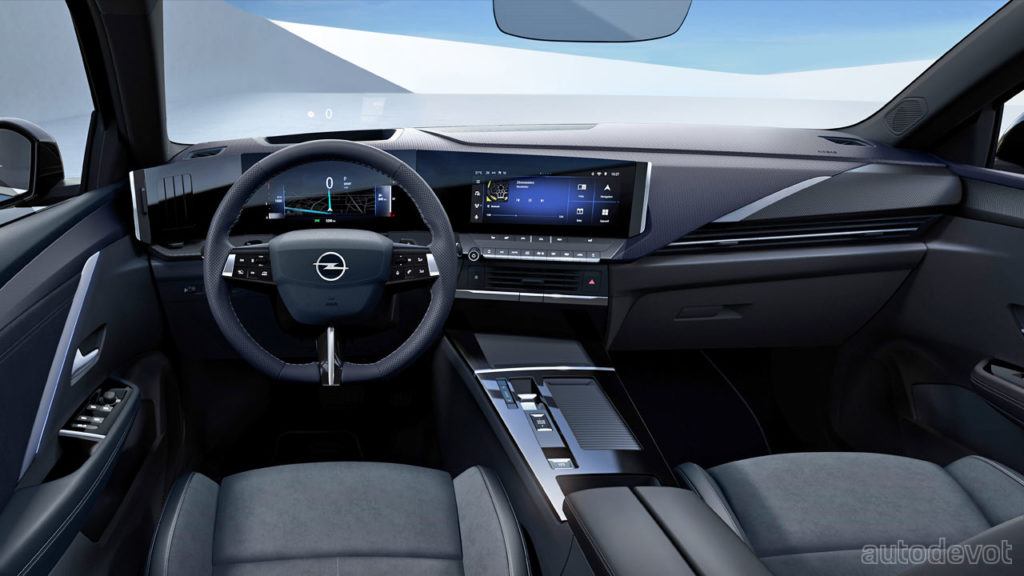 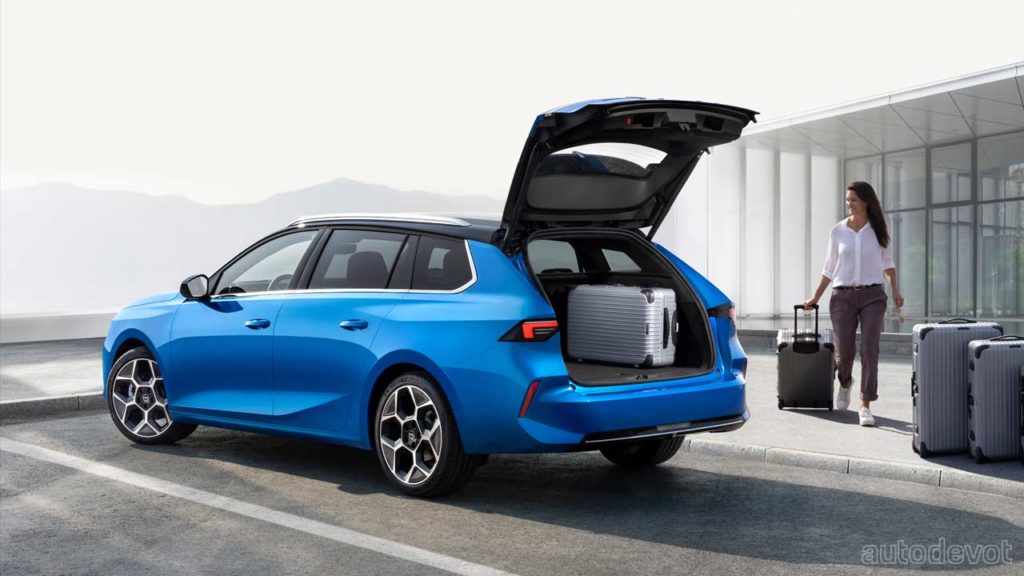 Features and creature comforts inside will remain the same as in the hatchback, obviously. As for the storage space, the Sports Tourer claims to offer 608 litres of useful space with the rear seatbacks upright, and more than 1,634 litres when folded. The PHEV models claim to offer space between 548 and 1,574 litres despite the underfloor lithium-ion battery pack.

Moving on to the juicy bits of the story, the Astra Sports Tourer will offer a 1.2L 3-cylinder turbo petrol (with 110 hp or 130 hp options) and a 130 hp 1.5L 4-cylinder turbo diesel. The PHEV powertrain combines a 1.6-litre 4-cylinder petrol engine and an 81 kW (110 metric hp) electric motor at the front for combined output figures of 132 kW (180 metric hp) and 360 Nm (265 lb-ft). The lithium-ion battery pack is of a 12.4 kWh capacity, which is good for a pure-electric range of up to 60 km (37 mi). Depending on the market, a 165 kW (225 metric hp) PHEV version will also be offered at a later date. And, depending on the engine/variant, the transmission will be a 6-speed manual or an 8-speed automatic gearbox; the latter is standard on PHEV models.