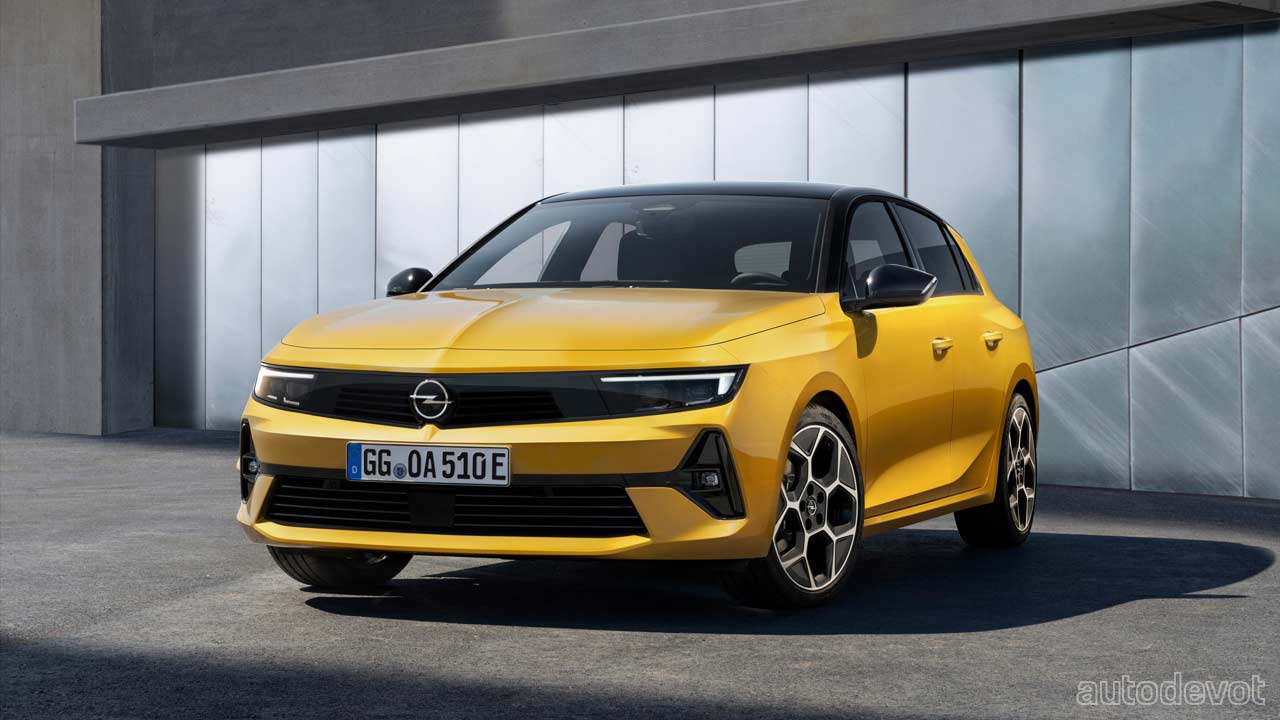 Opel has taken the camouflage off the 6th generation Astra — scheduled to go on sale in European markets this autumn. First deliveries are expected to commence early next year. The new Astra is a German cousin of the 3rd gen Peugeot 308, which means the Astra will offer electrified powertrains for the first time. 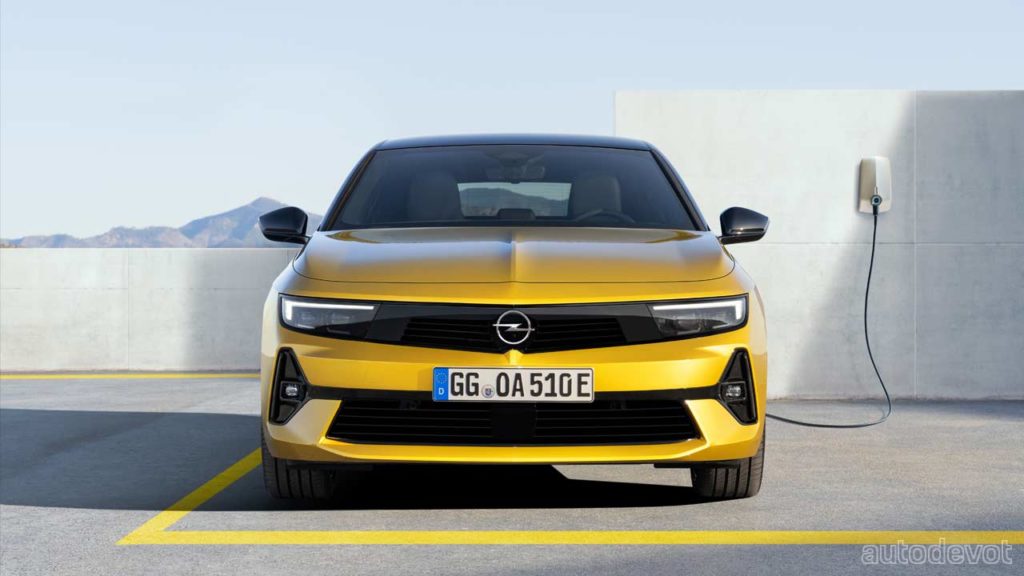 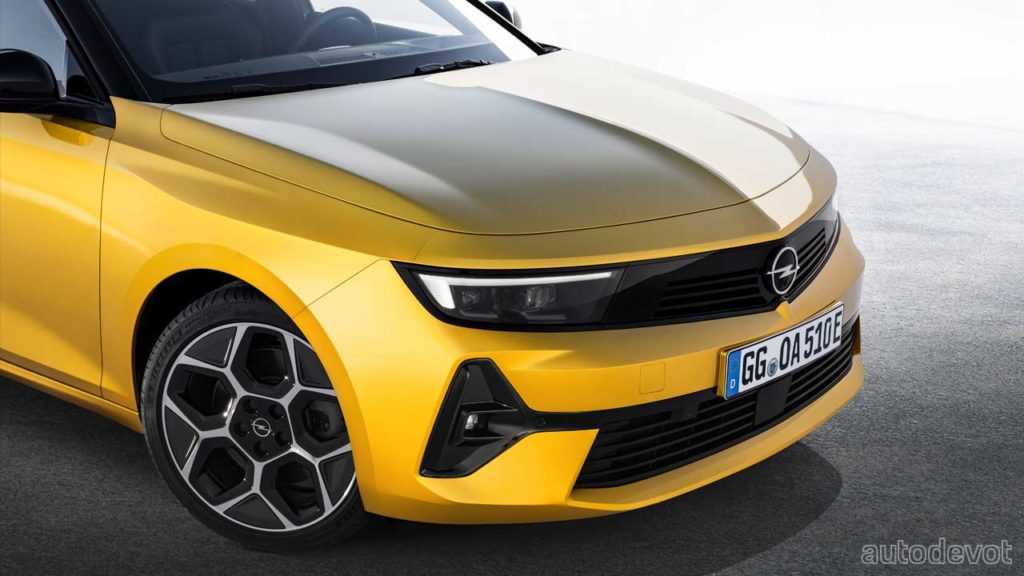 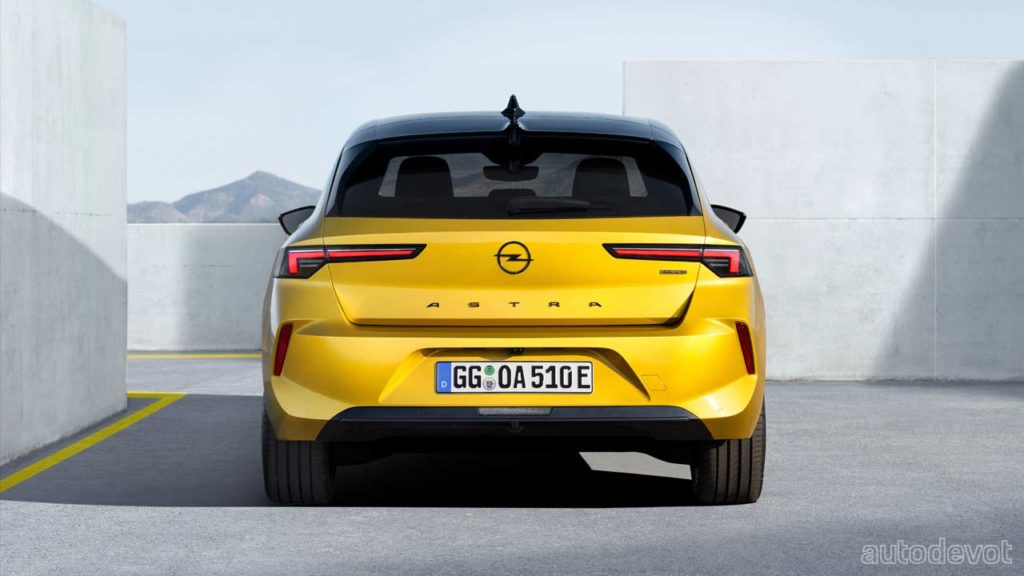 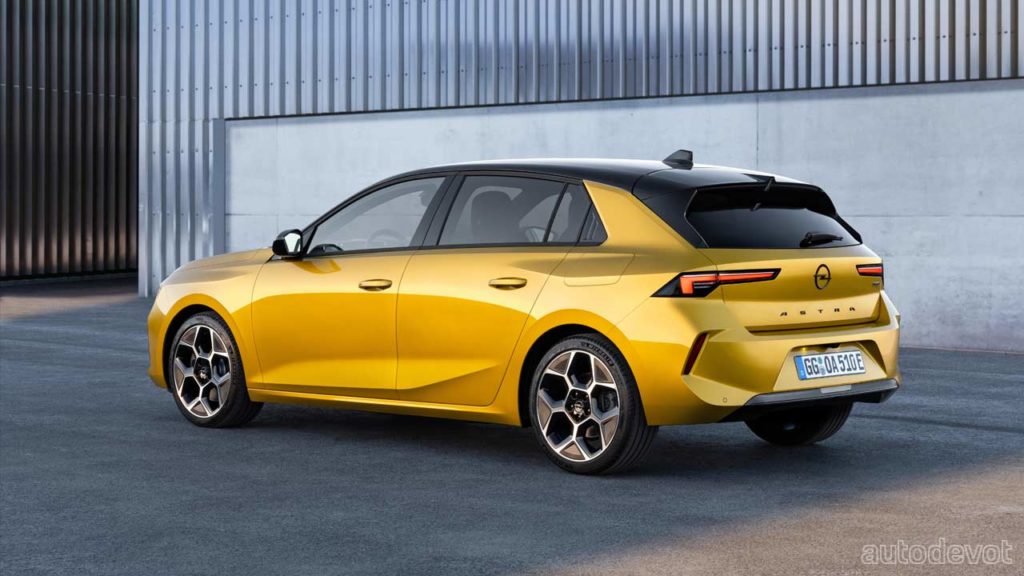 The styling is in line with the latest Opel models, with elements such as the Opel Vizor at the front, L-shaped running lights that are mimicked at the rear, and model badging in the centre of the tailgate under the Blitz logo. The Blitz logo doubles as a latch for the tailgate — made of a composite material. Depending on the trim, the Astra will get Intelli-Lux Pixel LED headlights. 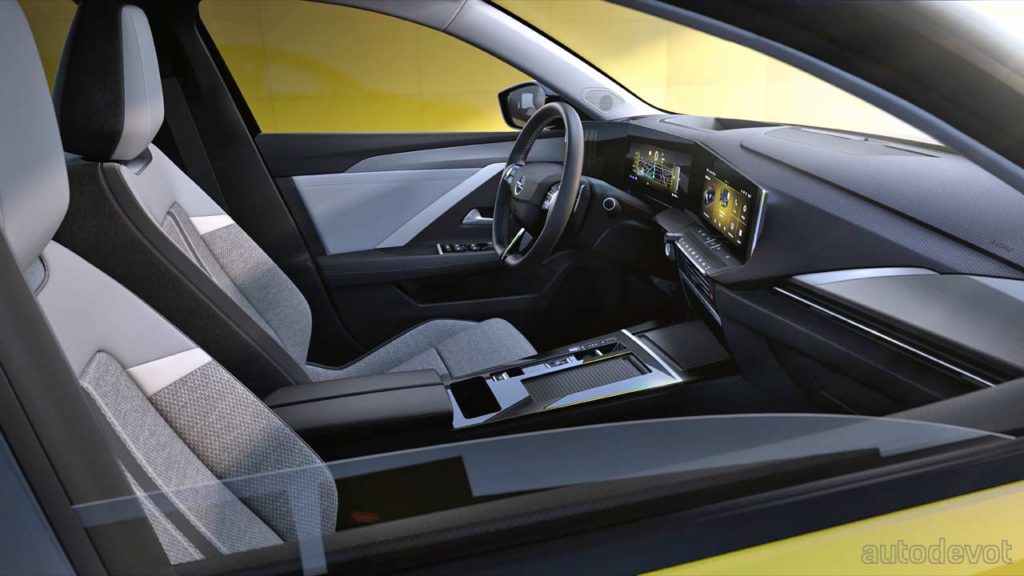 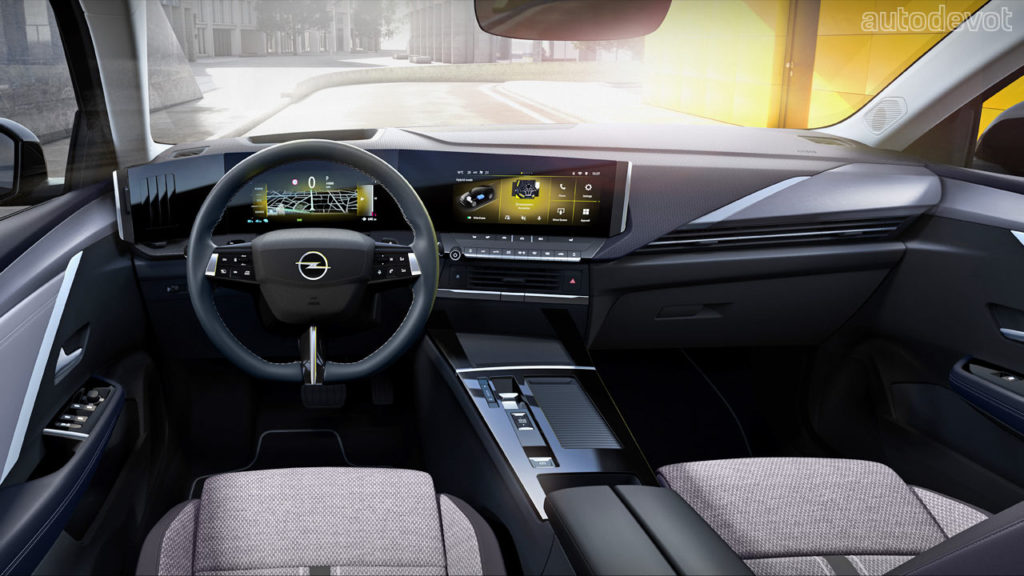 Inside, the angular dashboard houses two 10-inch displays. It appears that the driver side air vent is vertically mounted as opposed to a horizontal one in the centre and on the other side. The AGR (Aktion Gesunder Rücken) certified front seats are claimed to offer great comfort during long journeys. Ventilation, massage and heating functions for the seats are optional extras. Other features include wireless Apple CarPlay & Android Auto connectivity, a large head-up display, and driver assistance systems such as adaptive cruise control with stop & go, blind-spot detection, rear cross-traffic alert and so on.

Autobahnproof
Opel claims the new Astra to be “Autobahnproof”. The steering and lateral stiffness of the chassis — McPherson struts at the front and torsion bar at the rear — are designed for high yaw control. Under braking, the new model is said to remain highly stable not only in a straight line but also at corners. The torsional rigidity of the new Astra is claimed to be up by 14% over its predecessor. 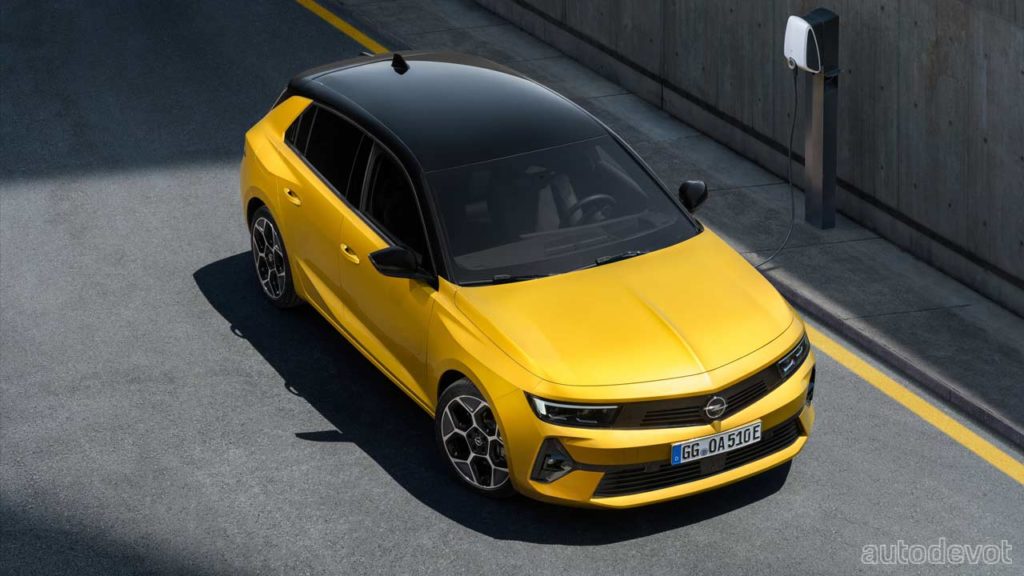 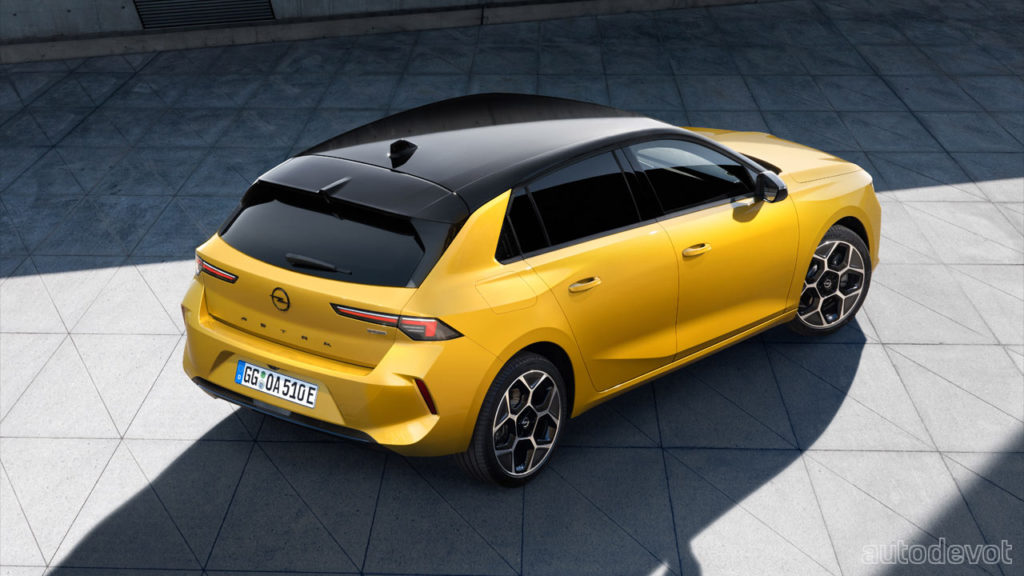 As for the juicy bits, as you might have guessed, the new Astra borrows all the powertrains from its French cousin. Opel didn’t share full details, but these will include a 1.2L 3-cylinder turbo petrol (with 110 hp or 130 hp), a 1.5L 4-cylinder turbo diesel with 130 hp, and two PHEV options with up to 225 hp system output. An 8-speed automatic gearbox is standard on PHEV models.