Citroën has delivered its first-ever ë-Jumpy Hydrogen to Paris-based Suez Group—which is gonna do full-scale, real-world testing. Of course, Peugeot and Opel also have their own Hydrogen versions named e-Expert Hydrogen and Vivaro-e Hydrogen, respectively, with fuel cell tech most likely borrowed from Toyota. 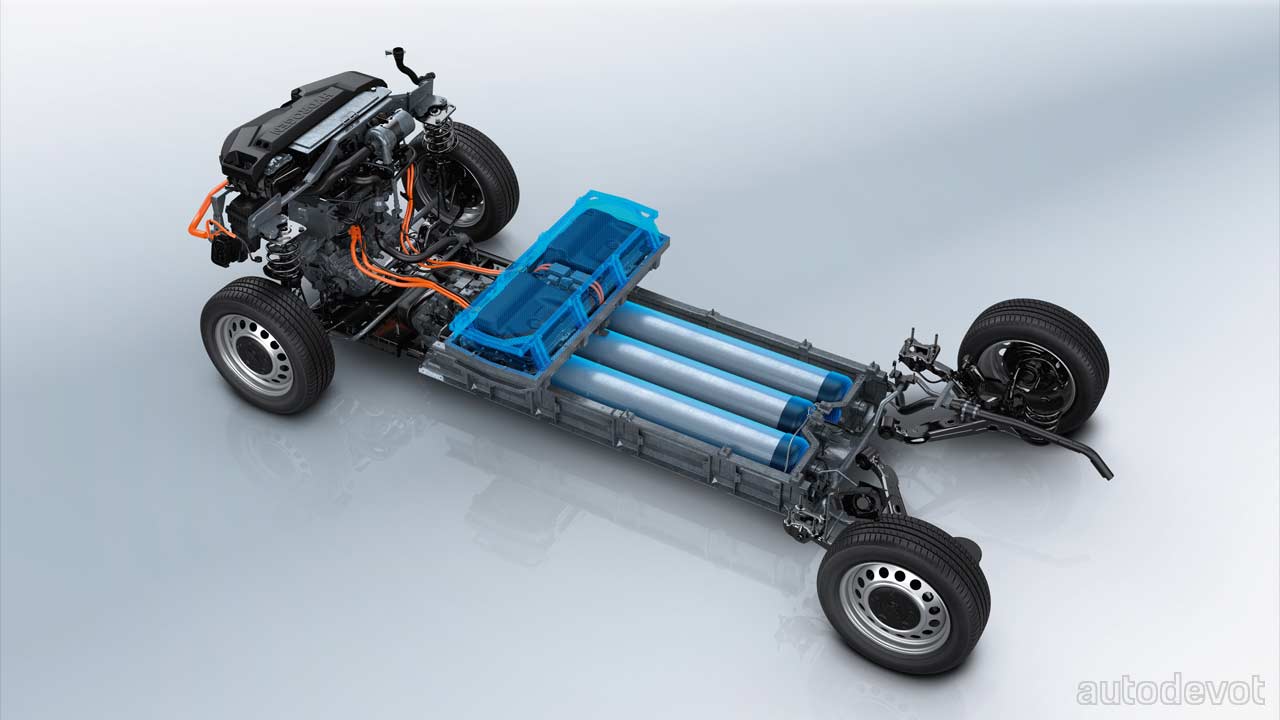 The ë-Jumpy Hydrogen also has three hydrogen tanks under the floor, with a total capacity of 4.4 kg (9.7 lbs). A 10.5 kWh lithium-ion battery pack sits under the cab seats. Why there’s a battery pack you ask? Well, in layman terms, the fuel cell stack feeds on hydrogen in order to generate electricity—which gets stored in the battery pack to be ready to go. Just like a battery cell, a single fuel cell also has an anode and cathode—sandwiched around an electrolyte. While hydrogen is fed to the anode, the air is fed to the cathode. A catalyst at the anode separates hydrogen molecules into protons and electrons, which take different paths to the cathode. While the flow of electrons generates electricity, the protons produce water and heat.